Tofino, BC - War of the Wifi 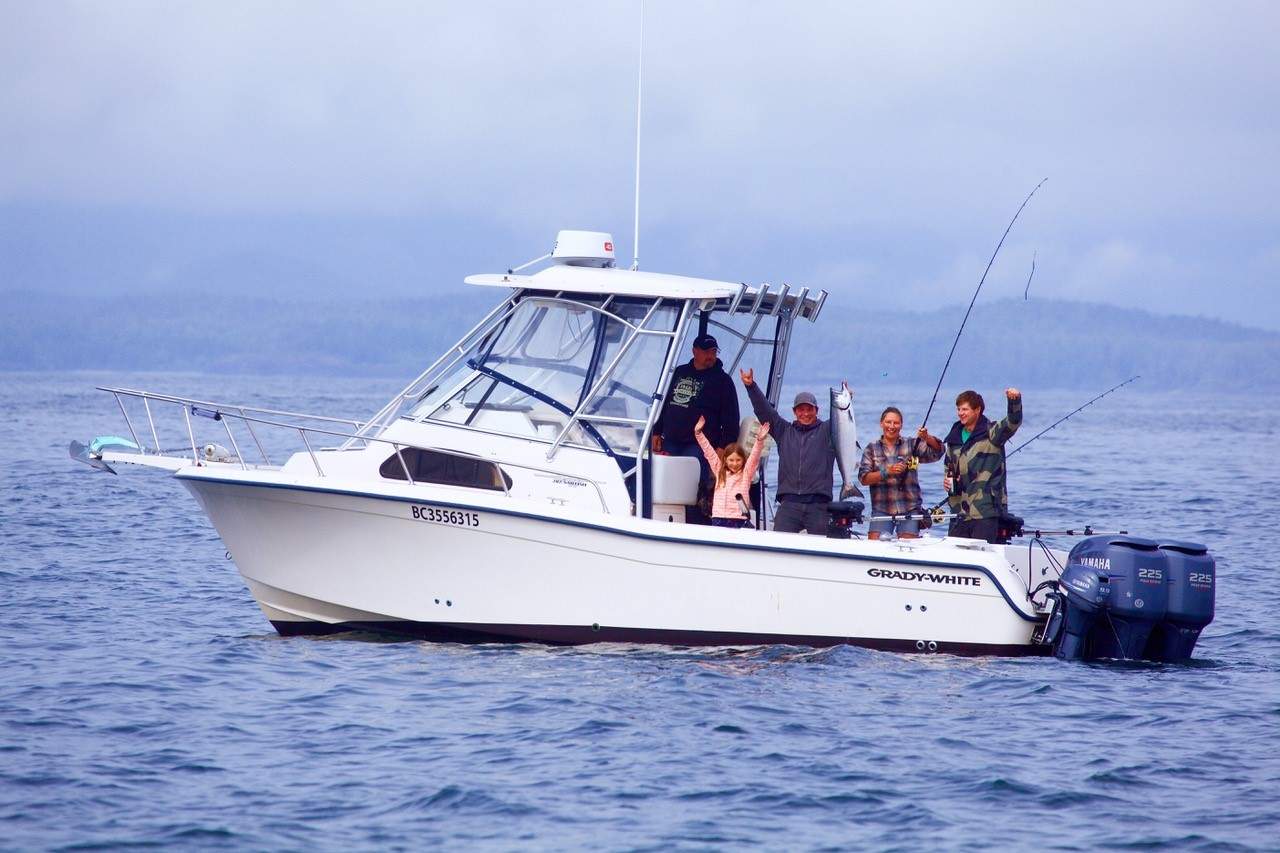 A Tofino Fishing Adventure That Just Might Save Your Family

I’m not exactly sure when it happened, but sometime over the last decade an invasion has occurred that has frankly caught most of us with our pants down. It’s been a complete and systematic takeover that has permeated our society with flawless execution. Adults of my generation have somehow avoided the attack for the most part, but make no mistake about it -we have lost nearly one hundred percent of everyone under the age of forty. The enemy that is upon us is called technology, and it’s weapon of choice is the smartphone.

I know it sounds far-fetched but once upon a time, in a world not that long ago, kids used to play outside. They used to go camping and poke fires. They used to go fishing, and (gasp!) get dirty. Sadly, it’s rare to see kids outside anymore. The enemy has lured them into a virtual world through it’s smartphones where they learn strange new languages with words like “selfie” and “emoji”.

As a father I realized almost too late that my two kids were being attacked. The clues were there but I was blinded by ignorance. Well I am helpless no longer. I have confronted the enemy, and I have decided to save my children before it’s too late. 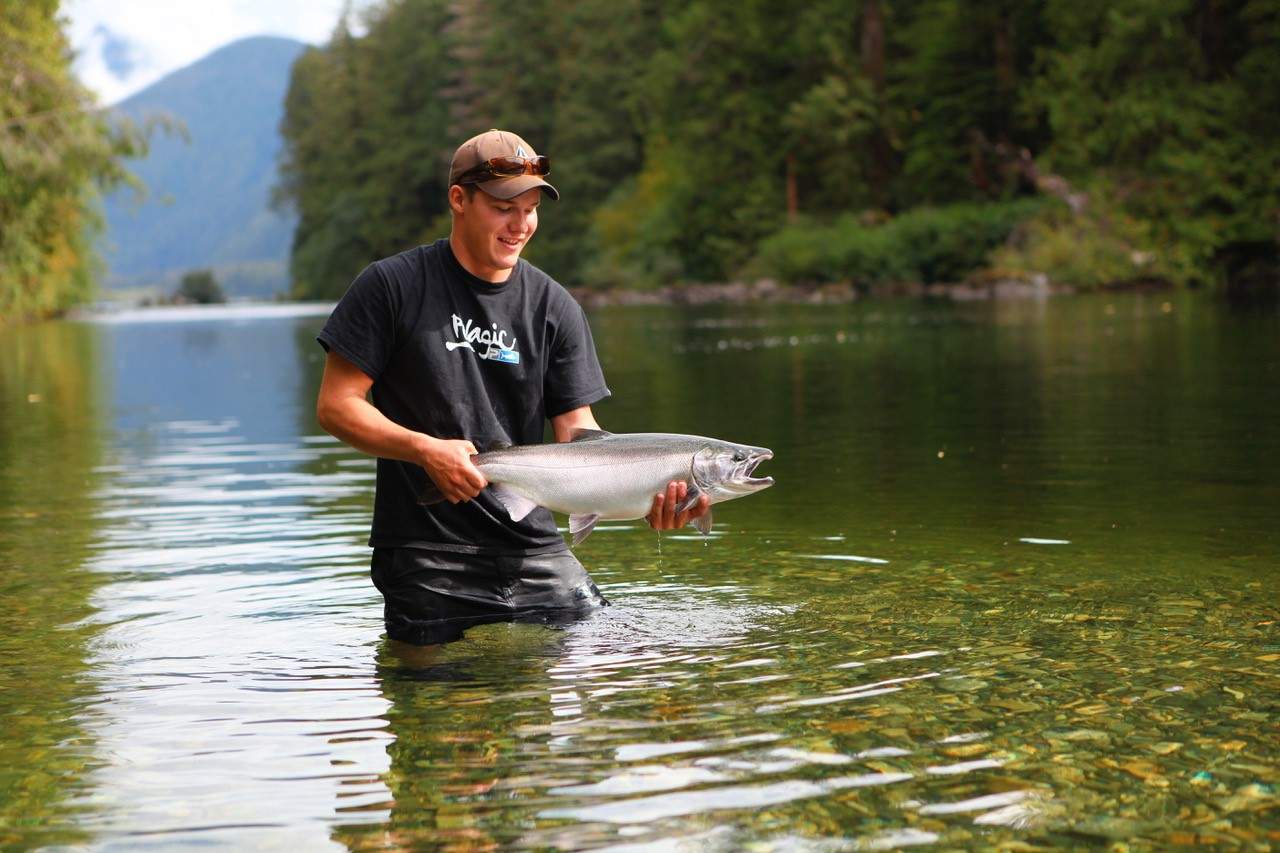 I needed a plan, so I called my friend Courtney. He’s a fellow fisherman and father of two, plus he’s got a good head for solving problems. I filled him in on what I’d discovered and in typical fashion he had an immediate solution - “We need to get them out fishing.”

Since we both live in Tofino and have guided here for most of our lives, Courtney and I know how to wage a counter attack against the advances of technology. We both took time off of guiding and loaded up the families for a weekend of adventure. The wives were excited and geared up accordingly, the kids most certainly did not.

Locked into their smartphones, the kids barely seemed alive. They had to be coaxed, pleaded with, and finally threatened before they made any attempt at getting ready. It took the better part of two evenings before things finally came into shape, and even then on the morning of departure the kids shuffled down the dock with their faces locked into their smart phones. The enemy outnumbered us two to one but we were determined to outfox them.

Courtney and I loaded our respective families into our boats and shoved off, destination - up the coast and out of wifi range. 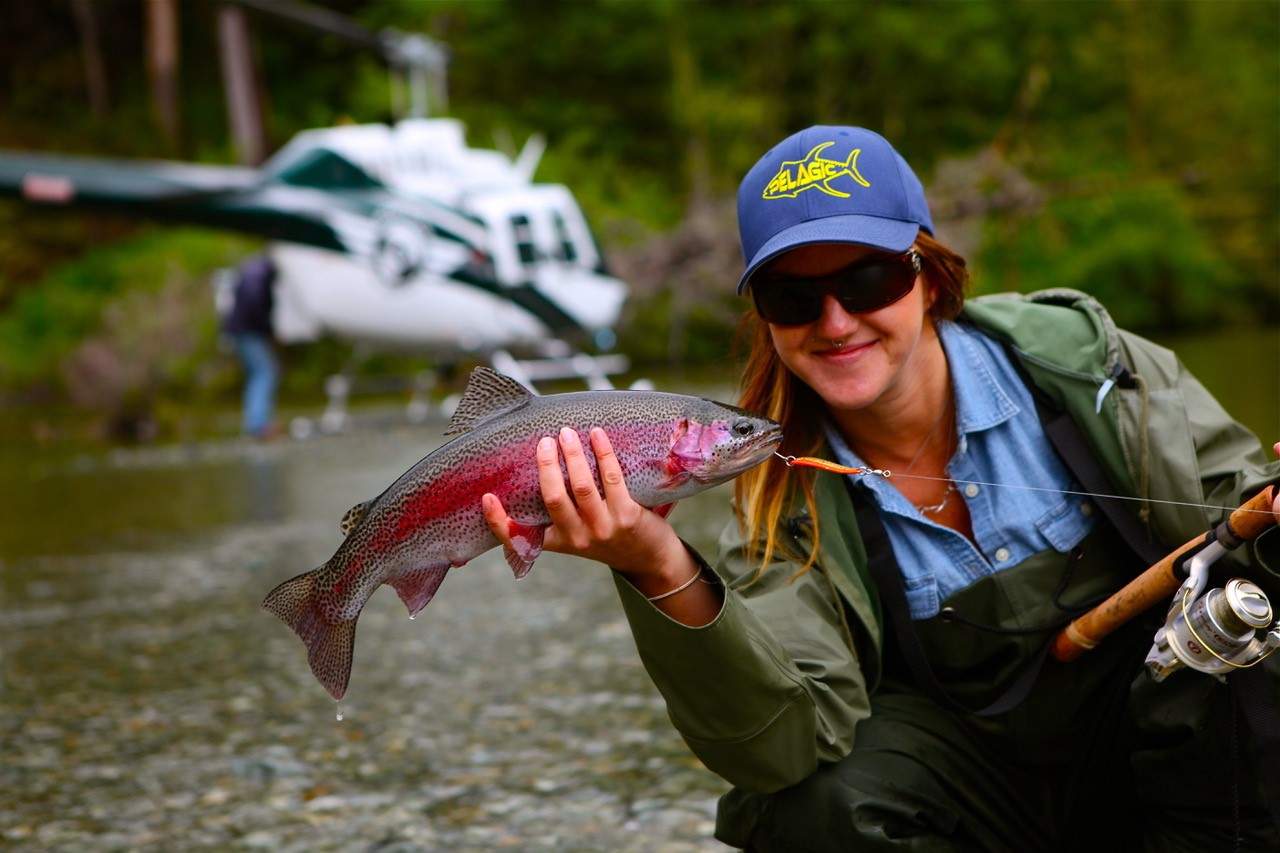 As we ran up the coast from Tofino, past pristine wilderness and surrounded by an incredible diversity of marine life, the kids were oblivious to any of the wonders around them. Two humpback whales breached off the port side, barely a glance in their direction by the kids who were deeply entrenched in a Snapchat conversation. Mom and I shook our heads at their inability to appreciate these moments. Frustrated by the effectiveness of the enemy’s onslaught I pushed the throttles forward, clicked the safety off, and initiated our counterattack.

Their devices were waging war at full volume, Youtube videos blaring fully-automatic EDM over their headsets, texts and hashtags dropping like bombs until suddenly it happened. Quizzical looks and frowns of frustration as one by one their phones dropped out of range.

Onward we pushed, out offshore to the salmon and halibut grounds and safely out of range of 3G. We stopped the boats and put the fishing gear into the water. One by one the kids were forced to put down their phones and engage in actual, live social activity. 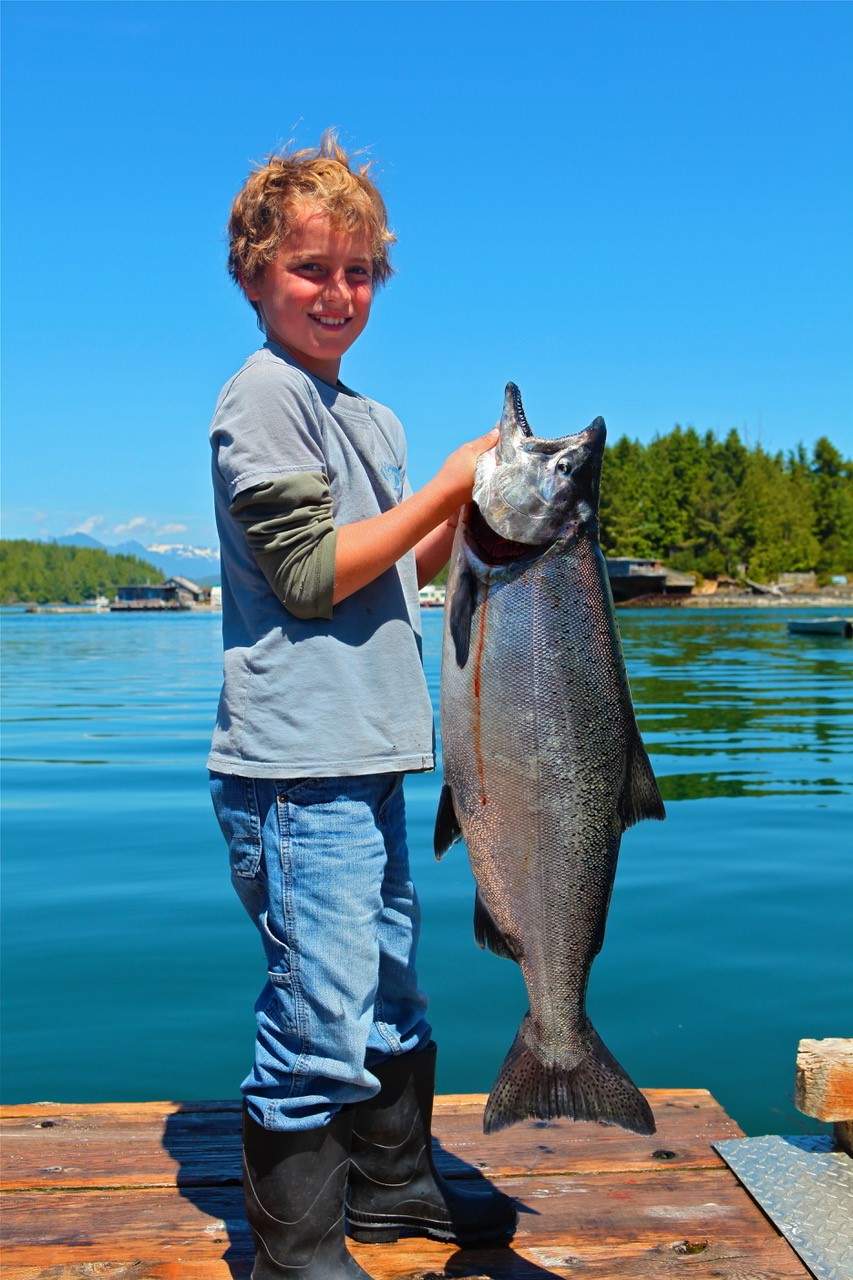 True to form, Tofino didn’t disappoint and in short order the rods were bouncing as big, wild salmon hammered our lures and ran for the horizon. The kids had no choice but to pick up a rod and use their fingers and hands for something other than swiping and clicking. “Whoah!” they screamed as salmon tore off for the depths at rates of unimaginable speed. Slowly, we witnessed a transformation as the kids began to smile and high-five each other like human beings once again.

The day wore on and the fish boxes filled. Laughter replaced grunts and they regained their command of the English language. They worked the gear and cleaned up after themselves. They asked questions and shared stories. They smiled. They seemed happy. 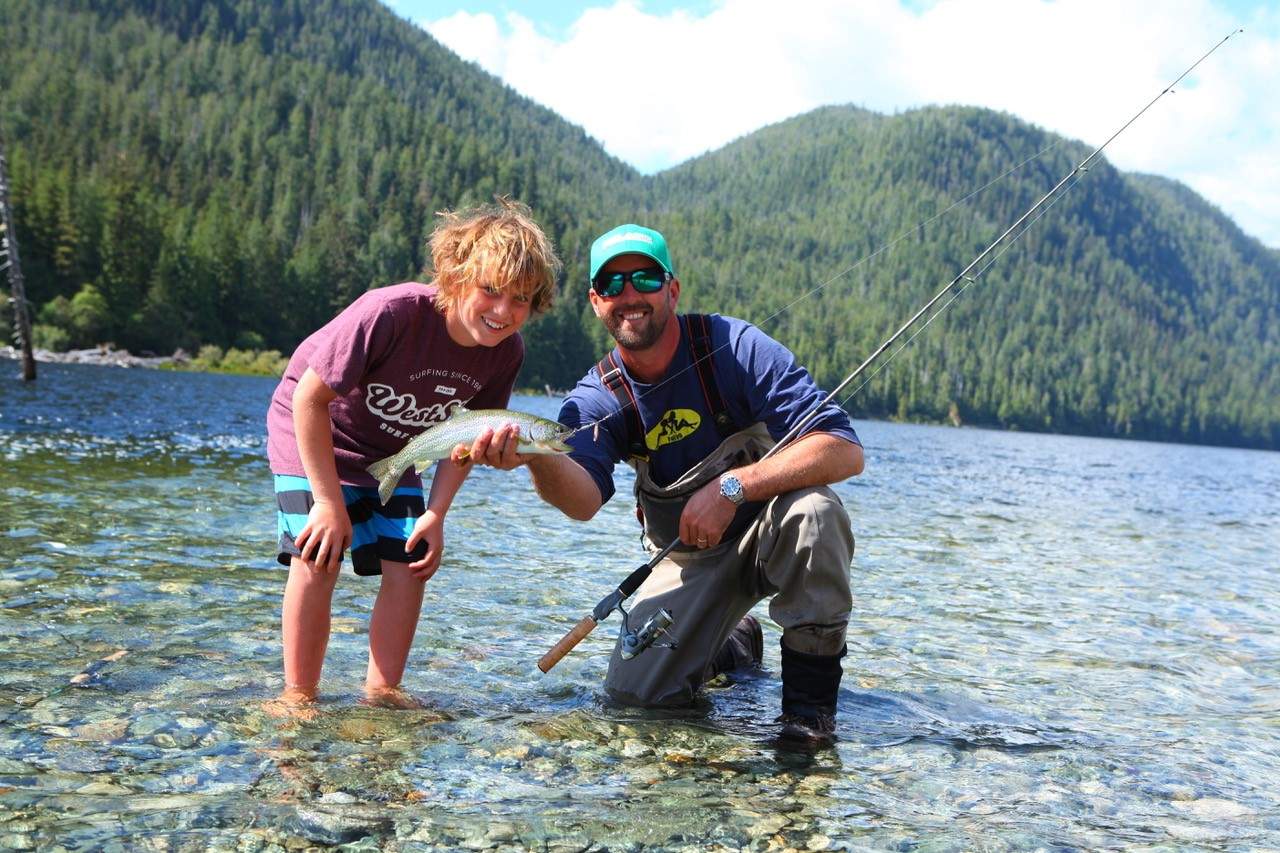 Courtney and I felt pretty good about ourselves as we ran back to town that evening. The boats were alive with the sounds of a functioning family. But we underestimated the power of the enemy’s stronghold and as soon as we neared town devices started buzzing and beeping. The kids dove for their phones and the conversation subsided. Fervent clicking and swiping ensued.

Back at the docks the feeling of euphoria that both sets of parents shared quickly faded. The kids were overtaken by the enemy once again. We cleaned the fish as the kids withdrew and gave a halfhearted effort to help. It’s hard to clean and package fish when one hand is furiously texting.

To tell you the truth that night, back at the house, the wife and I actually discussed leaving the kids behind the next day to teach them a lesson. Thankfully we decided against it because we both realized that they’d just sit around on their phones all day and probably enjoy it. 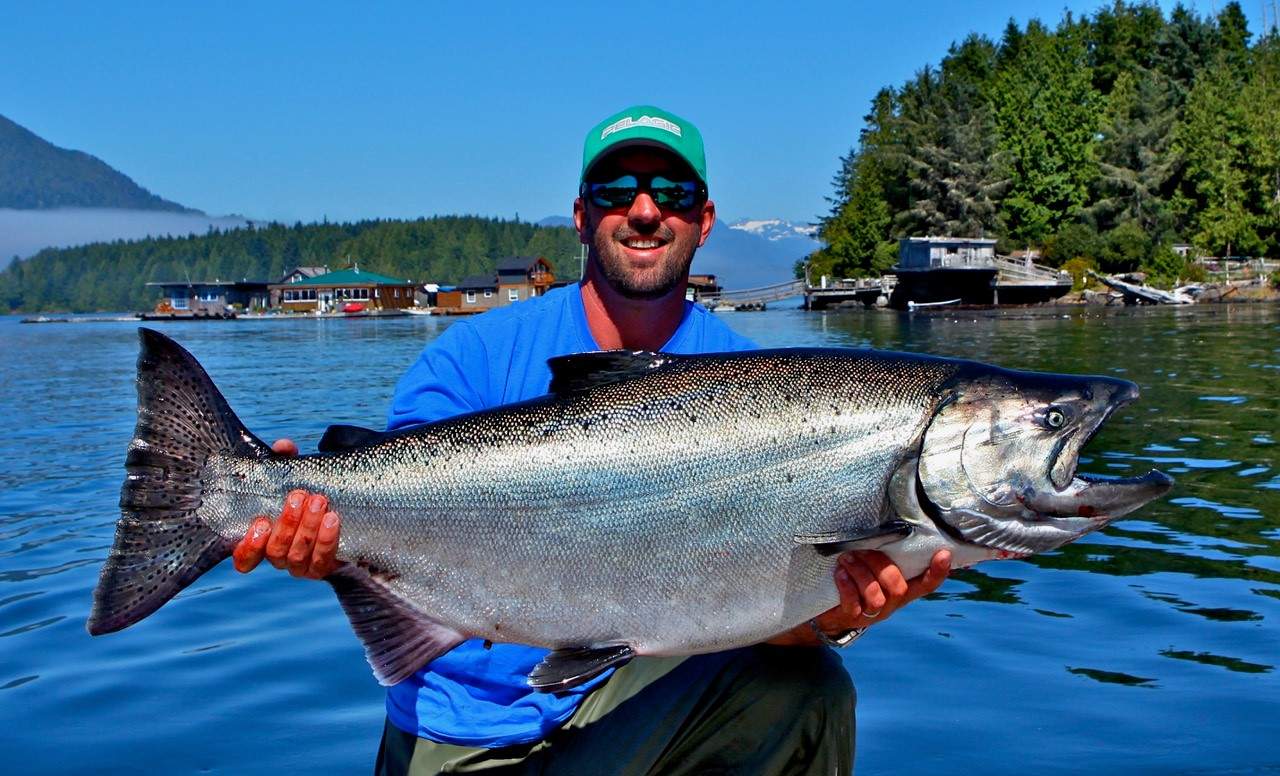 Sometimes You Lose A Battle To Win The War

That night Courtney and I reconvened over a few beers on the deck. We felt that the day had been somewhat of a success but felt that we needed to go deeper into the wilderness the next day in hopes of having an even more profound effect.

The next morning we met our buddy Jay from Atleo Air. He owns the local bush plane and helicopter company and had everything warmed up and ready to go by the time we arrived. This time the kids were told they had to leave their phones in the hanger as they could potentially interfere with delicate instruments during the flight - an outright lie but sometimes war can be messy. I couldn’t imagine a bunch of kids complaining about going on a day of helicopter and float plane fishing before then, but such is the power that the enemy wields.

We loaded everyone up and headed off to a few secret spots Courtney and I have been fishing for years in the depths of Clayoquot Sound. If the magic and sheer beauty of these locations weren’t capable of saving the children than nothing could be expected to help them.

Courtney and I do not have the unlimited power of the interweb at our disposal, nor the seemingly limitless apps that the enemy possesses, but one should never underestimate the power that a helicopter and float plane has on reconnecting our child casualties to their thirst for adventure. As soon as the rotors and props began to turn a palatable change came over our zombies. Their eyes regained that spark of life that they had been missing, and smiles crept back onto their faces.

We whirred our way into the alpine reaches of Clayoquot Sound, to a few favorite rivers and lakes where the kids felt the cool, reincarnating energy that abounds in these places. They cast flies into riffles and paddled canoes around after trout. They roasted freshly caught fish on hot coals and sucked the meat off the bones. The whole time their faces were smiling and sticky.

Timeless traditions were awakened in our kids that day. Instincts that had fallen dormant as a result of the subconscious war that was waged upon them from a seemingly benign device. The spell of the outdoors, nearly Tweeted into oblivion, rose from the ashes and rekindled a thirst for adventure in them once again. 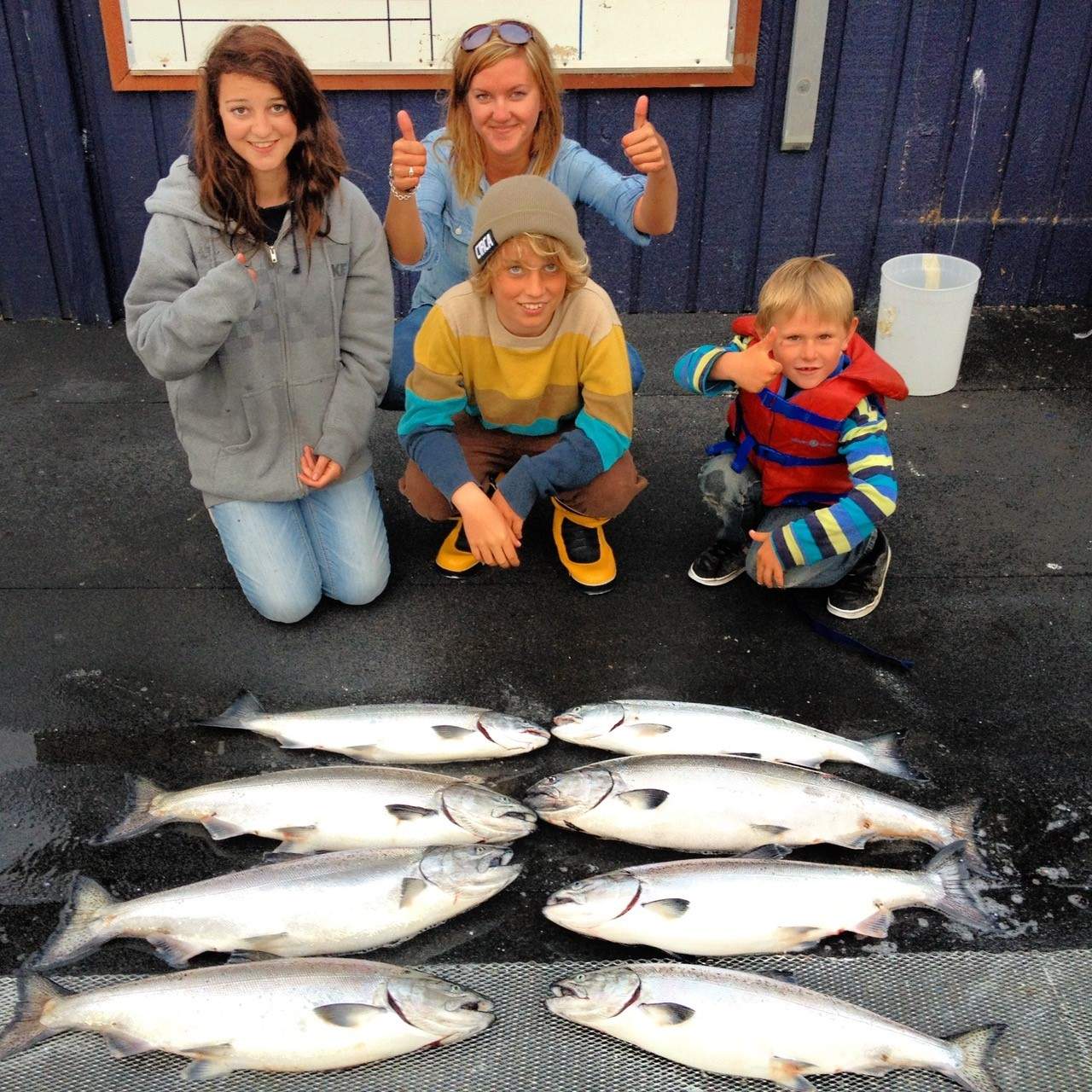 We enjoyed a truly wonderful time as a family without the incessant intrusion of smartphones or devices, for a change. We came home that night smelling of campfire and dirt. With bellies full of wild fish caught in wild places. To a house that somehow felt better than when we left it, and an evening full of laughter and great conversations. The kids, strangely enough, didn’t even realize that they had left their phones back at the hanger. At least for that moment, they sure didn’t seem to mind.

I’d like to say that we never went back to pick up their phones again, but that didn’t happen. Unfortunately the war will continue for the rest of their lives. But it’s important to fight off the temptations of a virtual existence at every opportunity, and to remember that the unseen dangers that threaten us are sometimes the hardest to address.

In the war against technology trips beyond the range of cell coverage, to places like Tofino, are sometimes the best ammunition to possess.