The Ins and Outs of Tournament Fishing 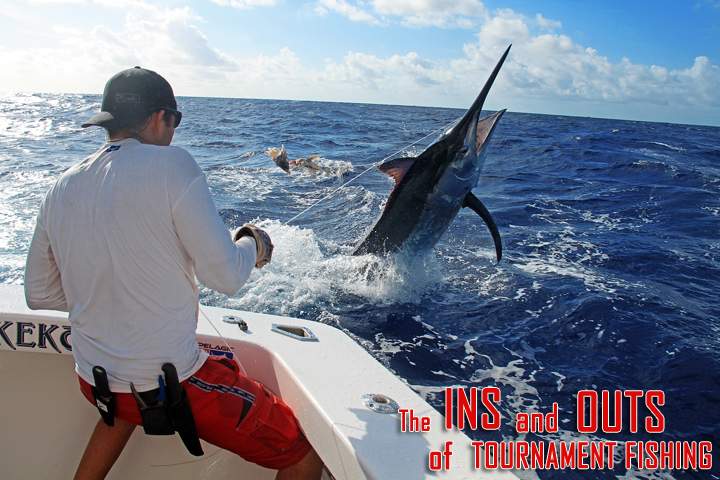 The Ins-and-Outs of Tournament Fishing
by Capt. Woody Woods

At some point in your fishing career, you might be drawn to the glitz, the glamour, and the fat paychecks that constitute tournament billfishing. While it is easy to sit on the sides lines and wish you could be the next guy up on the leader board, there are a few things which must be recognized before it’s your turn in the limelight.

First, tournament fishing is not for everyone. It is a very expensive sport, and is a way for many individuals to not only showcase their wealth, but also to engage in competition with other like-minded people. But fear not Mr. Hard Working Blue Collar American! 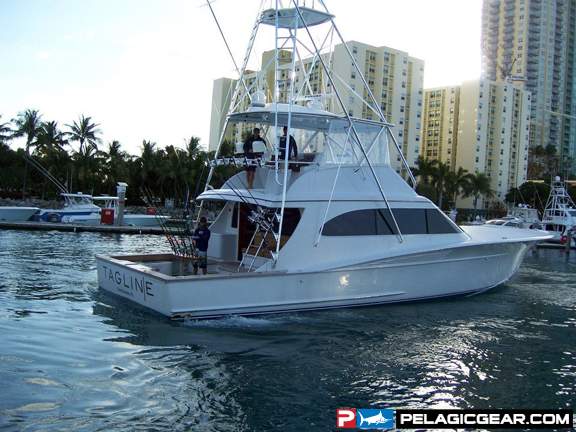 Never going to have the money to afford a 64’ Viking? Have no fear! Many of these boat owners want nothing more than to walk onto their battlewagons 30 minutes before a tournament starts, and have everything prepared and ready for them. That’s where special skill sets come into play, and you can find yourself on these regal machines very quickly.

A good video camera operator is worth his weight in gold. I cannot tell you how many times in tournament history that a fish has not been documented due to failure on the cameraman’s part. Biggest mistake while operating a video camera is to zoom in on a jumping fish or boatside fish; oftentimes the operator doesn’t realize he is “too” zoomed in, and there is nothing but blue water in the picture. Stay zoomed out! Get the angler fighting the fish, the mate grabbing the leader (or swivel reaching the rod tip), make SURE to get the tournament designator, then (while still rolling) pan out from the cockpit, go straight to the GPS and record the time and date, and make sure they are clearly visible. While seemingly miniscule in job description, this job is CRUCIAL especially in tag and release tournaments.

Below: View of the platform before a Sailfish tournament aboard TAGLINE. 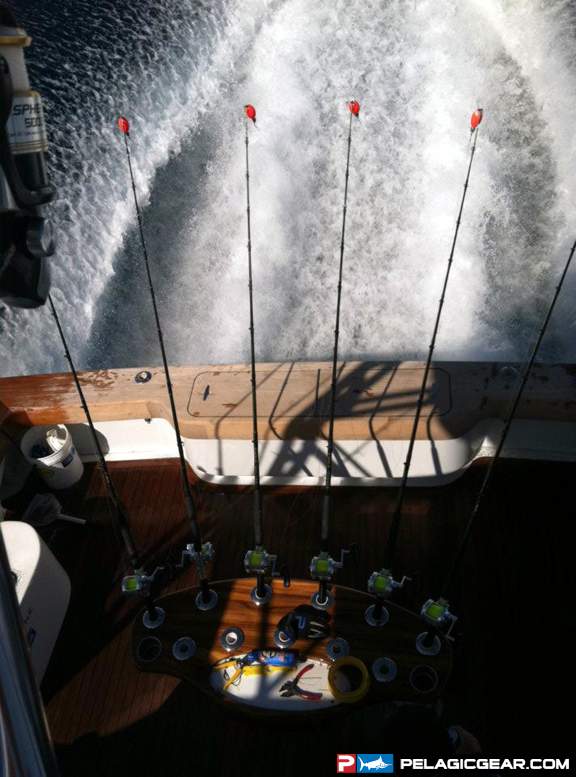 Second way onto a boat is just by being an excellent angler. Again, I’ve seen a lot of lost fish (which means lost big money paycheques) due to angler error. Anything from trying to crank with two hands, knocking the reel in free spool, going too heavy on drag, jerking the rod tip like a bass rod, etc. Knowing how to properly execute a drop back to a “swing and miss” strike, as well as pitching a dead bait to a feeding fish will get you invited back time and time again.

Below: Pelagic Pro Team Captains Woody Woods (angler) and Nick Carullo (wireman) put the finishing touches on a successful Sailfish release // Capt. Elvis of The Zancudo Lodge, Costa Rica leaders a sail for release this past January during the Pelagic Triple Crown of Fishing Tournament. 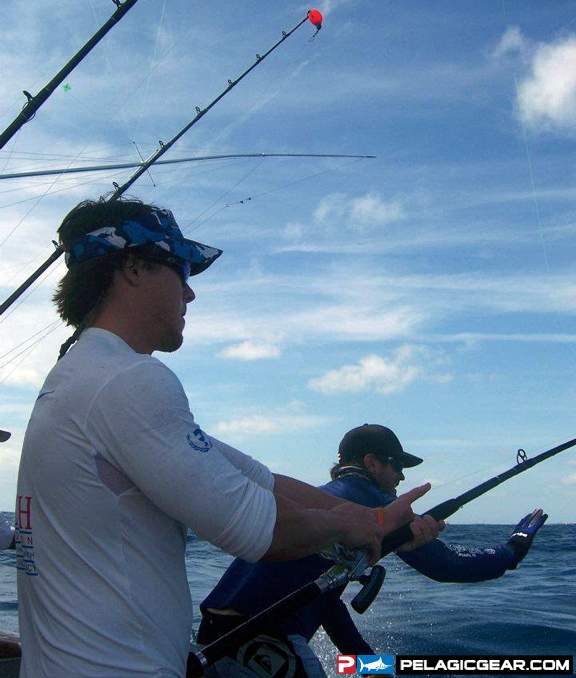 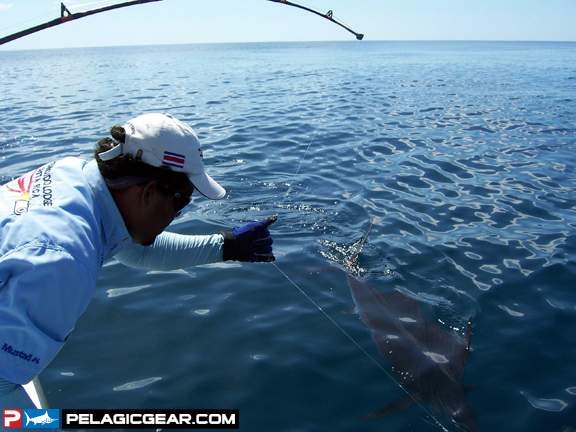 Third way to find your way onto a team is by contributing in some way or the other, aside from the aforementioned ways-this may be fuel money, calcutta money, offering to drive the boat at night, maybe even footing the bill for all of the food and handling cooking duties for the weekend. Every little bit helps.

Regarding the Calcutta - the calcutta is the side pot with which the “big money” is won in these tournaments. It should be discussed amongst the crew, all contributing members, and the owner, BEFORE THE BOAT LEAVES THE DOCK, how winnings are to be distributed, if they are to be distributed. Some teams like to cover their expenses first, then distribute appropriately. Some owners feel that if they assume all the financial risk, that nobody else is entitled to a single dollar. Some teams give the captain 10-15%, and the mates 3-10%. Some teams award money based on the percentage that you as an individual contributed. There are good arguments for all scenarios. Know that the cheque is written to the boat, and most often the owner, NOT the angler who caught the winning fish, and that you are in no way entitled to a single dollar, regardless if you caught the fish or not.

Below: It takes a team effort - captain, crew, and anglers - to win a tournament, as shown here by Team Pelagic aboard TAGLINE.

Let it also be known that within the best tournament teams, there is complete mobility amongst the crew. Every crewmember and do his job and someone else’s effectively. Almost every good captain I know was a mate at some time. Almost every good mate I know started out as an angler. On the Iona Louise, at our very basic skeleton crew, we have a wireman, a gaffman, a captain on the bridge, at least two registered anglers (in addition to the two mates who are also registered as anglers), and the owner. Our wireman can gaff; our gaffman can wire, our captain can get down in the pit and wire or sink a flying gaff in a big fish, and our mates can get up in the tower and drive on hooked fish. Every crewmember is basically interchangeable with the other, which is a great asset to have in the event that someone gets hurt or otherwise knocked out of the game. Our two mates are also licensed captains, so in the event that our normal captain becomes ill or otherwise incapacitated, there is more than one able body that can get us home safely.

Below: Team _GET LIT _celebrates a couple recent tournament victories. 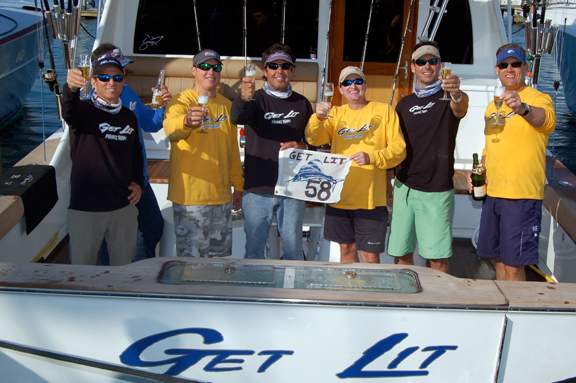 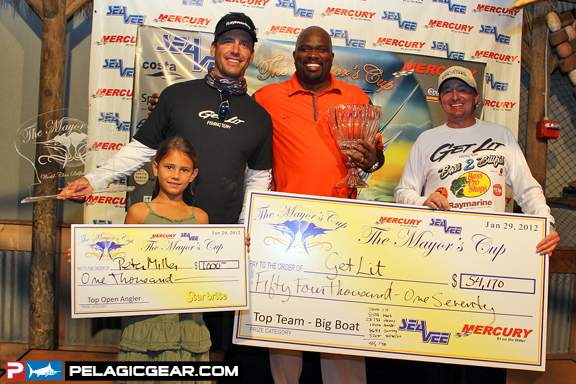 One of the most fun and important parts of tournament fishing is practicing. If you never practice as a team, you’re not going to know each other’s strengths and weaknesses. If you don’t pre-fish an area before a tournament, how can you expect to really know where to go and have a leg up on the competition? Relying on locals and other teams for knowledge is sketchy at best. If you don’t practice feeding fish with circle hooks, you’re going to be made to look like a rookie when a fish comes up and swings and misses at a ballyhoo and you don’t know what to do next. Lastly, if you’re lucky enough to be invited on a boat for a tournament and not quite sure what your role is, ask the captain or owner what you can do. It may be to help clear lines in the cockpit once a fish is hooked and taking drag. It may be to help keep the inside clean; choppy seas can wreck havoc on a salon with stuff falling out of cabinets, drawers coming open, etc. When in doubt, get up in the tower or bridge and either watch the spread or look for busting fish, riplines, color changes, etc. Know that when you’re yelling down to the cockpit to notify of a fish in the spread, that RIGHT actually refers to the port side of the boat, and LEFT actually refers to the starboard side of the boat. Know which rod leads to which bait, and what they are called on that particular boat (corner, flat, short rigger, long rigger, center flat, shotgun, mousetrap, etc.) so the mate/angler knows exactly which rod to grab so he can feed a fish that’s behind the bait.

Below: Capt. Woody Woods and team aboard IONA LOUISE had great success in 2011. 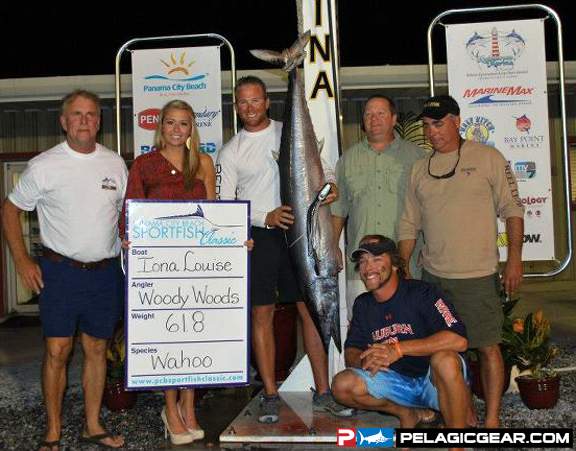 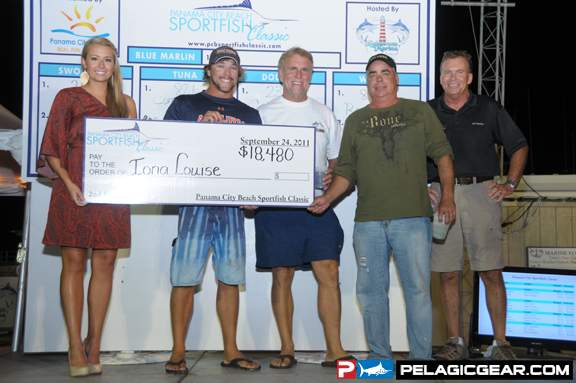 Last but not least, make sure you and everyone on board has a valid fishing license for the state (port) which you are leaving from! Also know that the crew works extremely hard before, during, and after a tournament. If time allows, help wash the boat. A good sized boat 55’ and over can take hours to wash and chamois, and that time can be cut in half with several people helping.