When it comes to fishing the rich waters of the Gulf, Team PELAGIC's VooDoo Sportfishing Charters is second to none. Based out of Venice, Louisiana, Captain Trey Pique and the savvy VooDoo crew specialize in targeting the Gulf’s spread of Pelagic species like XXL yellowfin tuna, wahoo, and mahi, as well as blue marlin and swordfish. The PELAGIC crew recently joined the VooDoo fleet for a couple days of fishing and shooting their dynamic fleet of center consoles, including the latest addition - a brand new 42' Yellowfin wrapped in PELAGIC's new Dorado Hex pattern.

Enjoy the video, and check out some more snapshots below!

Making bait aboard VooDoo's brand new Dorado Hex-wrapped 42' Yellofwin. // The VooDoo fleet heading out of Venice Marina. // The Gulf of Mexico's offshore Oil Rigs are prime habitat and attract a variety of resident and pelagic gamefish. 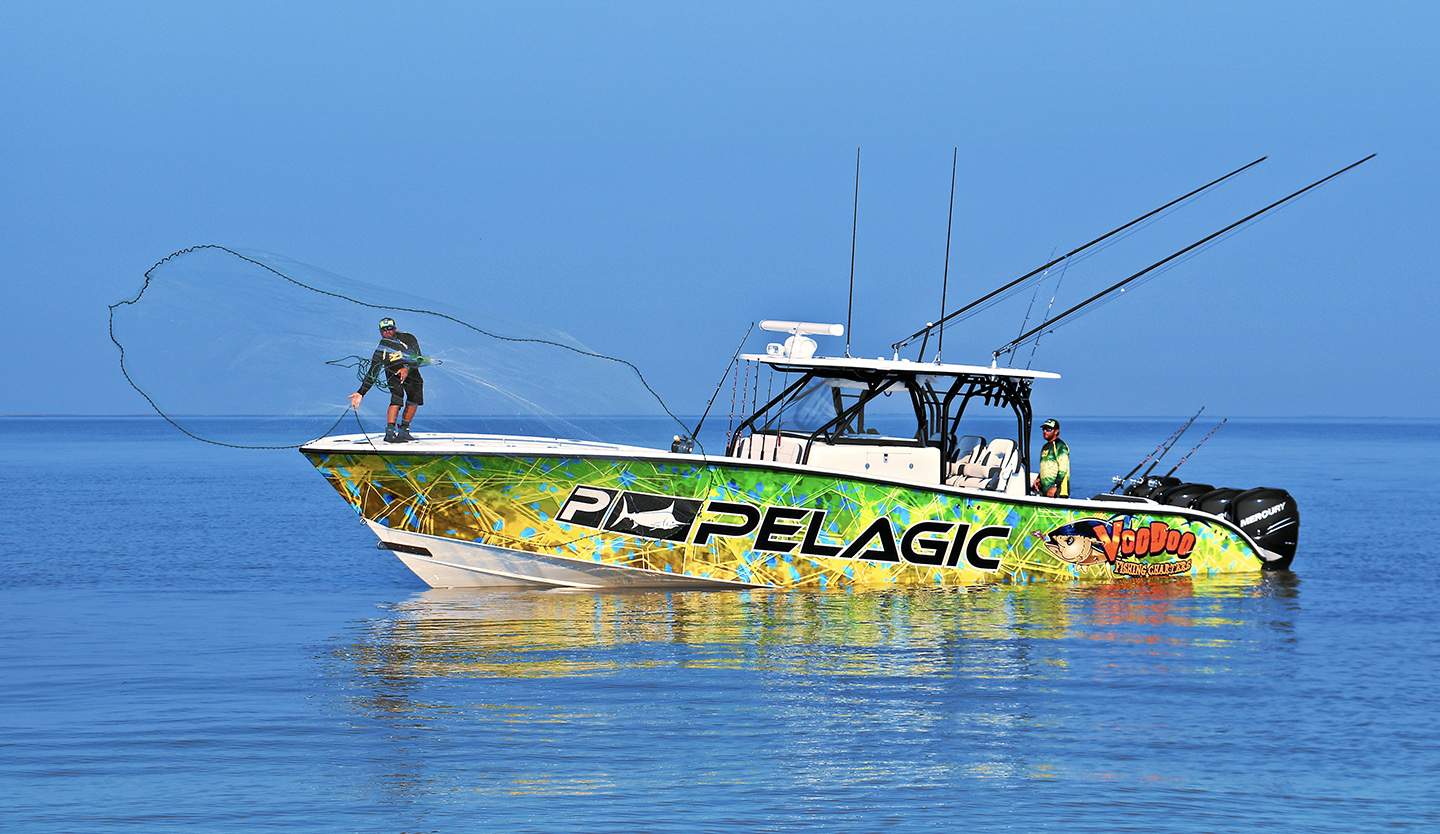 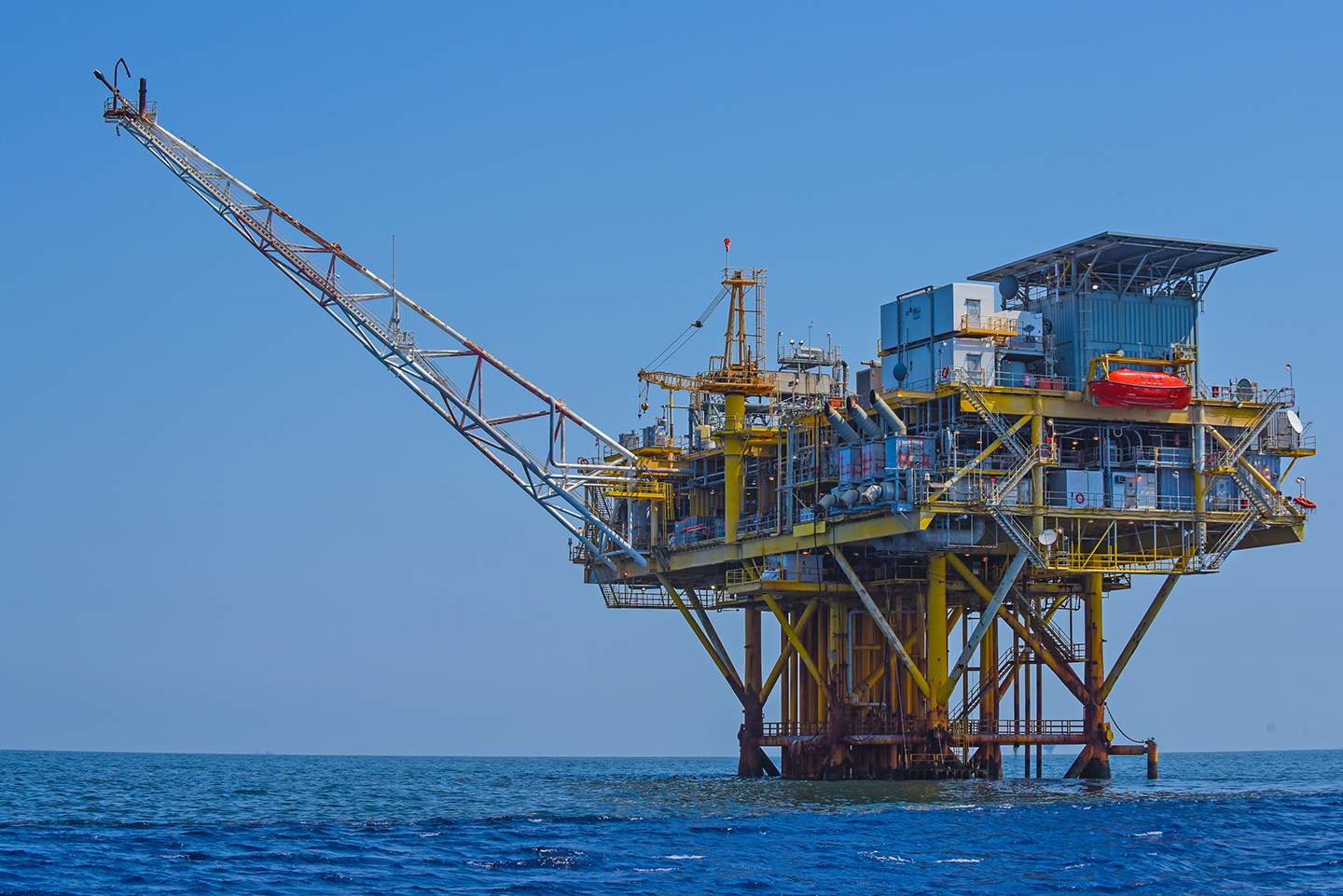 The team releasing a smaller swordfish. Yellowfin tuna get most of the hype, but swordfish, marlin, mahi, wahoo and more are also solid targets. // VooDoo's 39' Seavee wrapped in PELAGIC's new Ambush Camo design. // Gulf rig yellowfin for the Pelagic crew! // An 'Eye in the Sky' view of the VooDoo fleet. 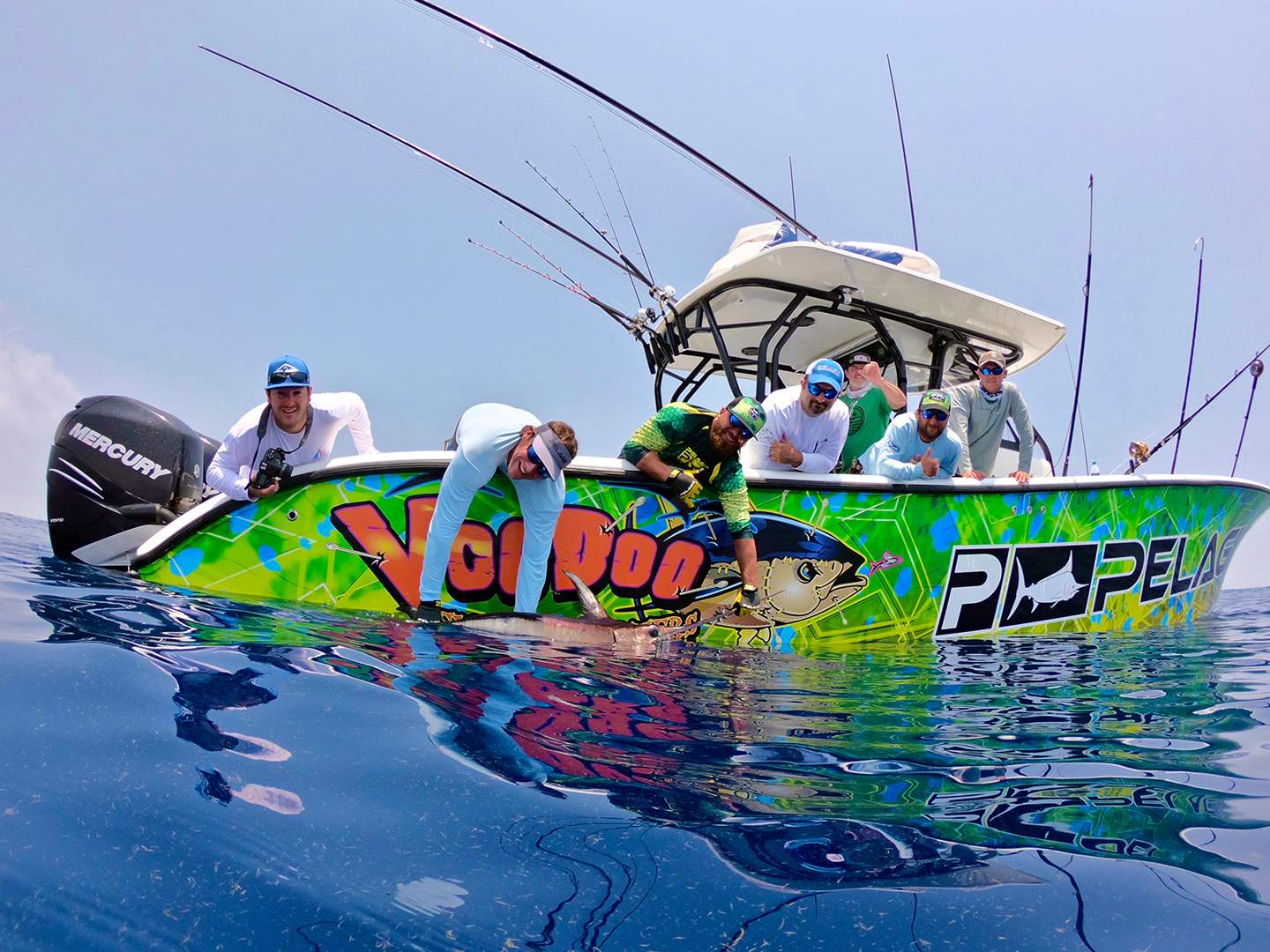 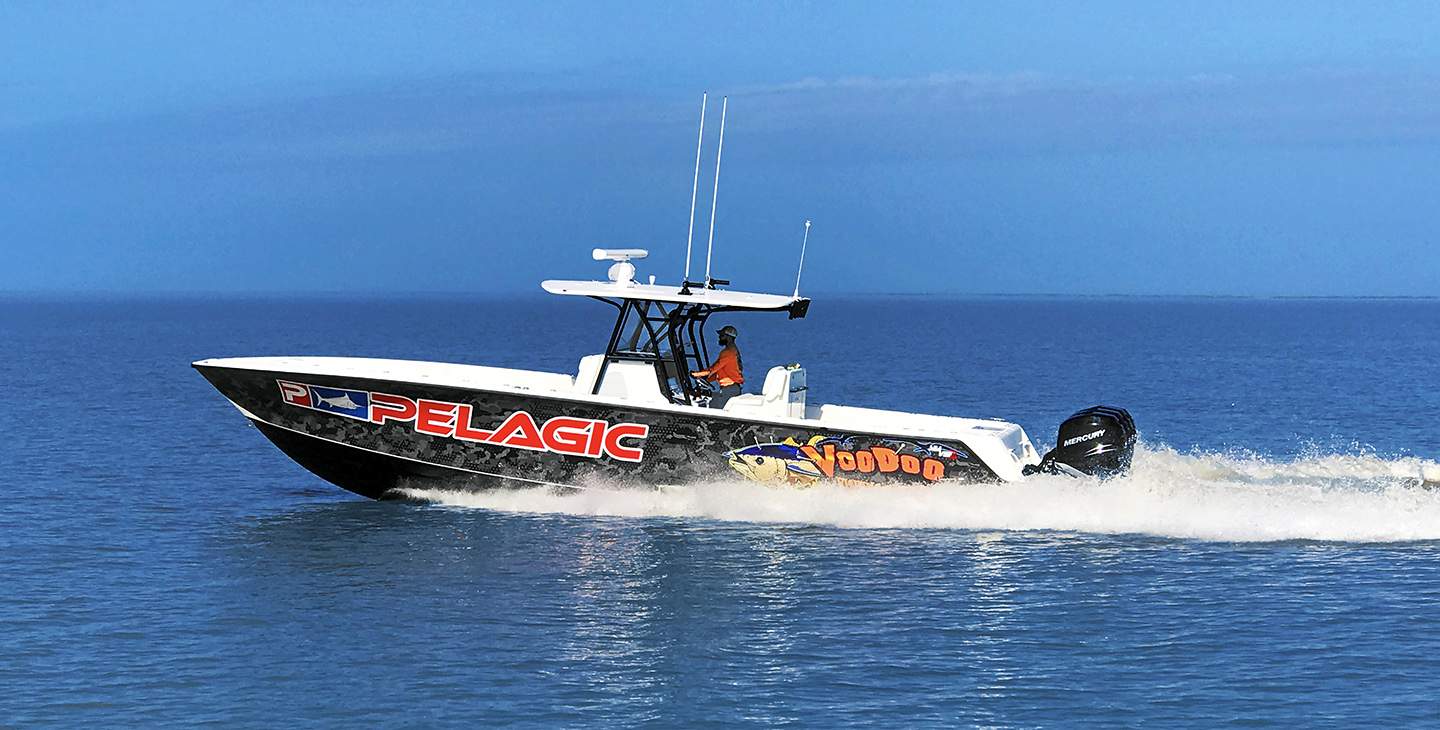 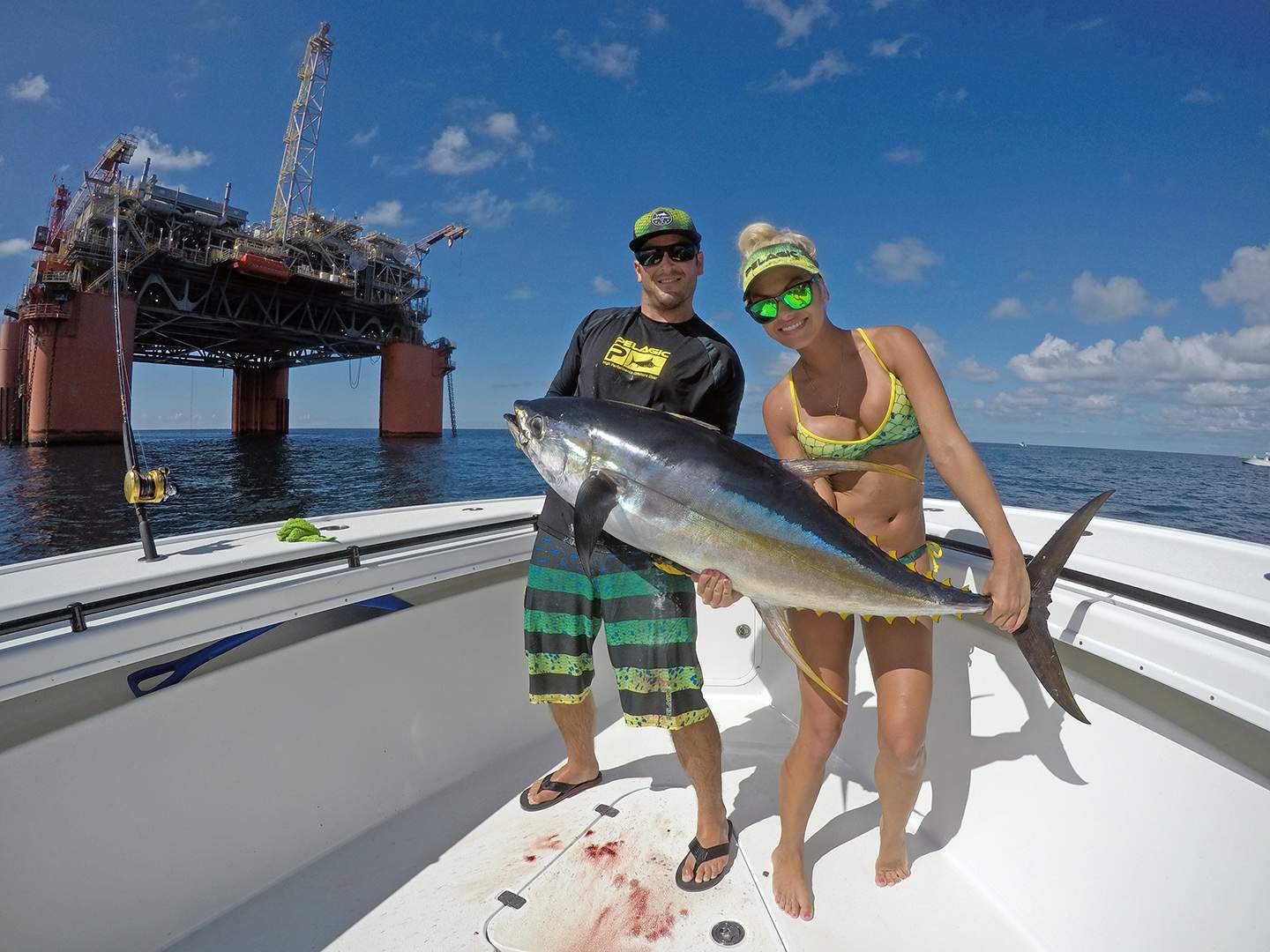 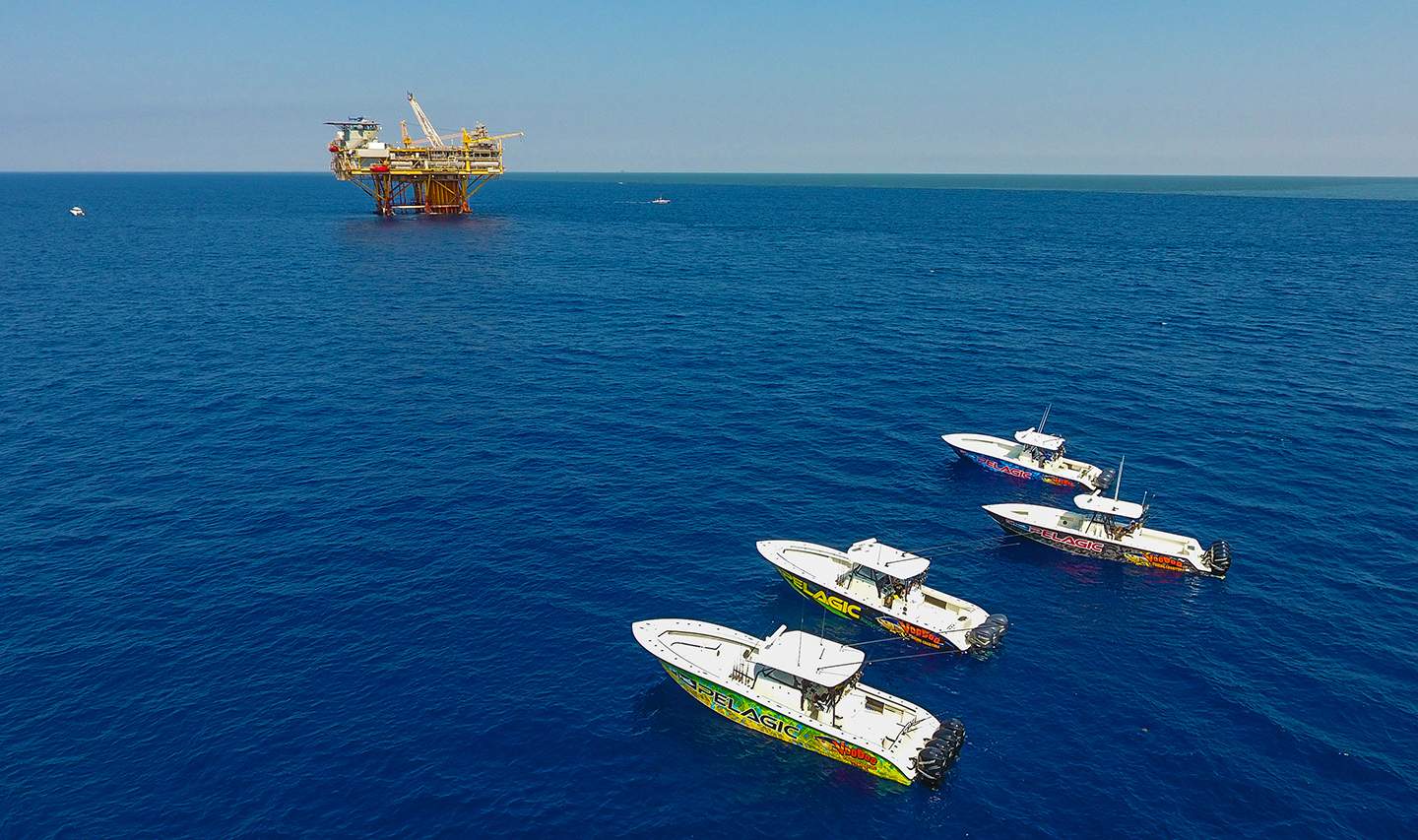 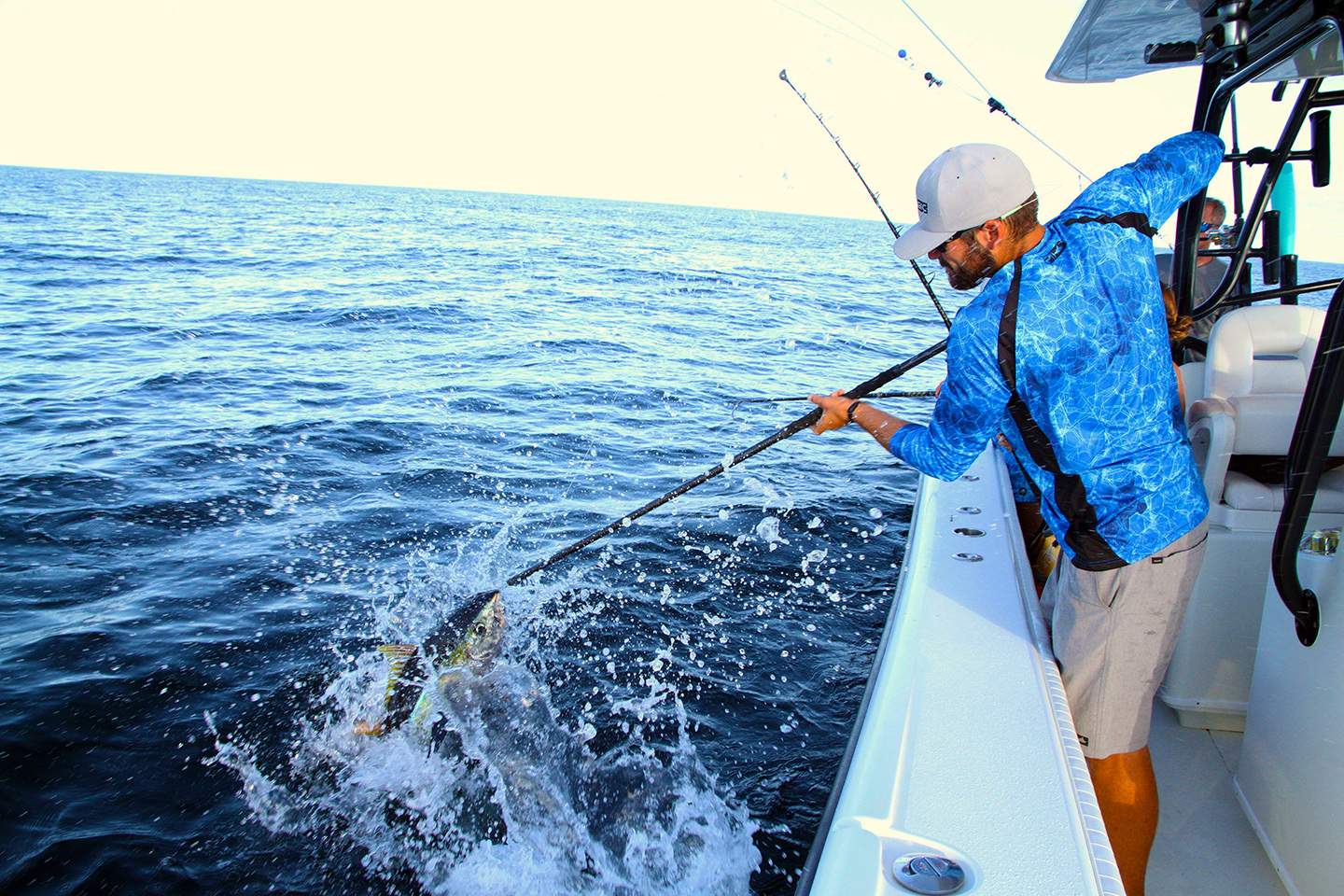 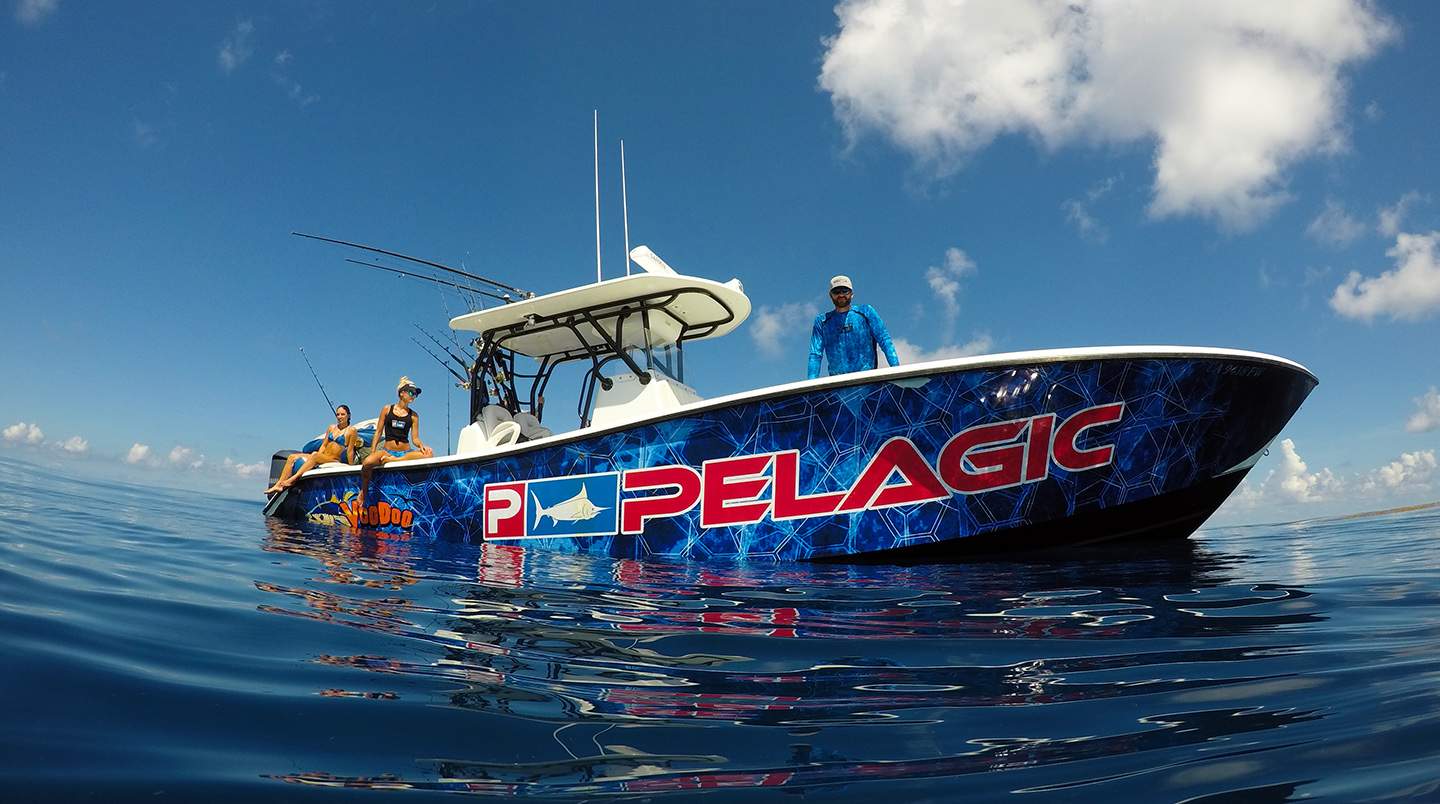 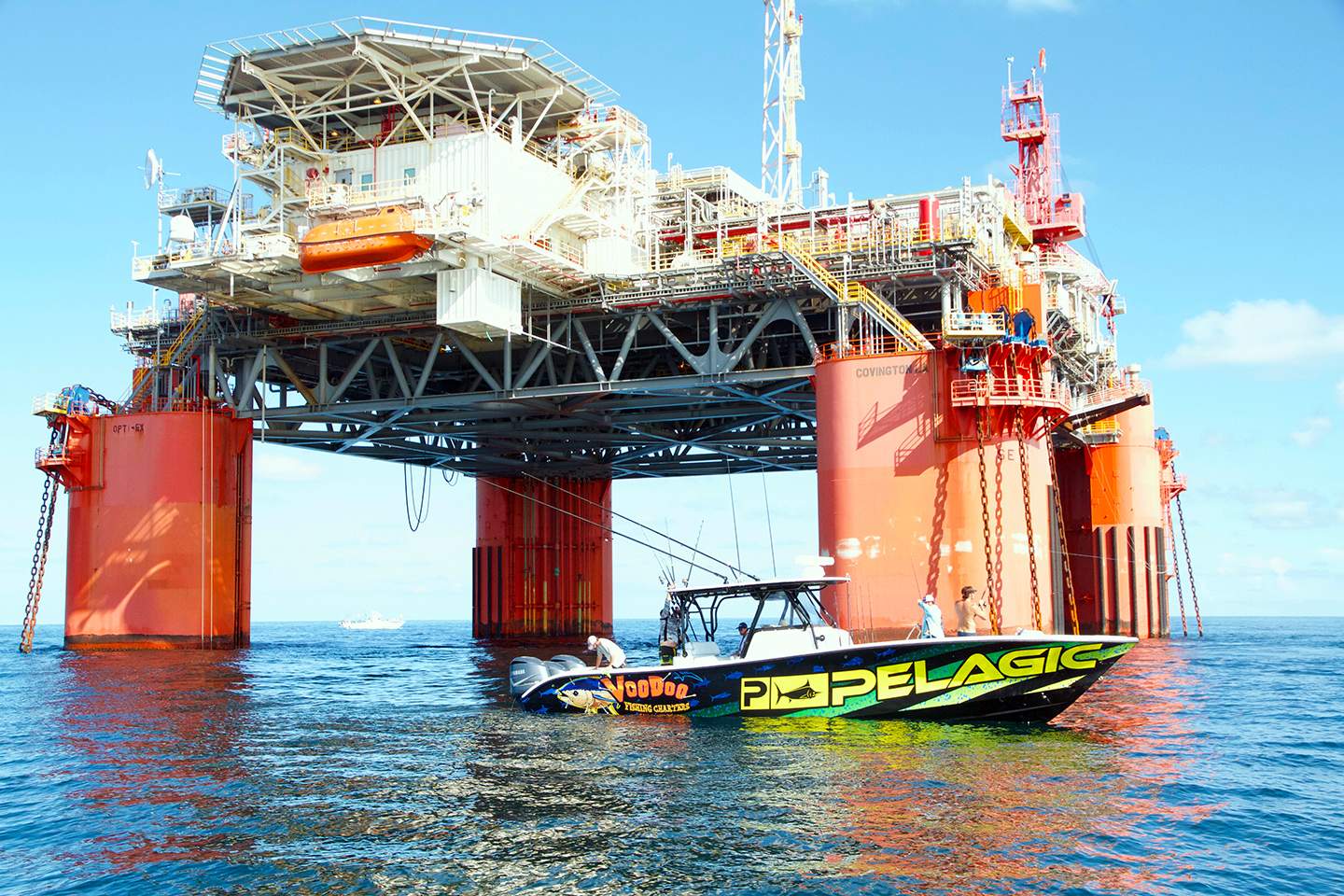 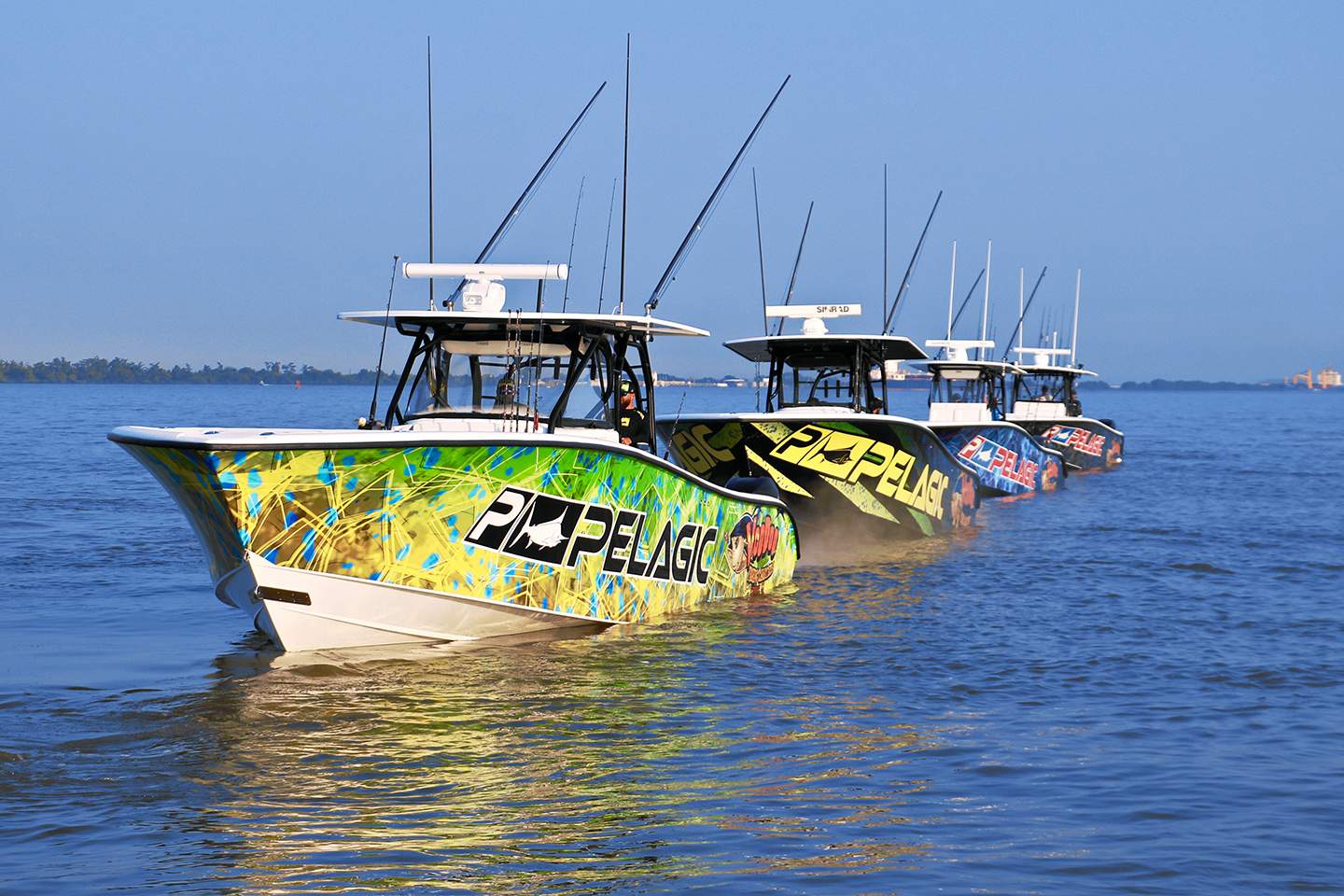 Staying bent on big fish is the name of the game down here. // Which one would you choose? // Gulf gold in the form of a thick yellowfin tuna! // Another gorgeous sunset over Venice Marina. 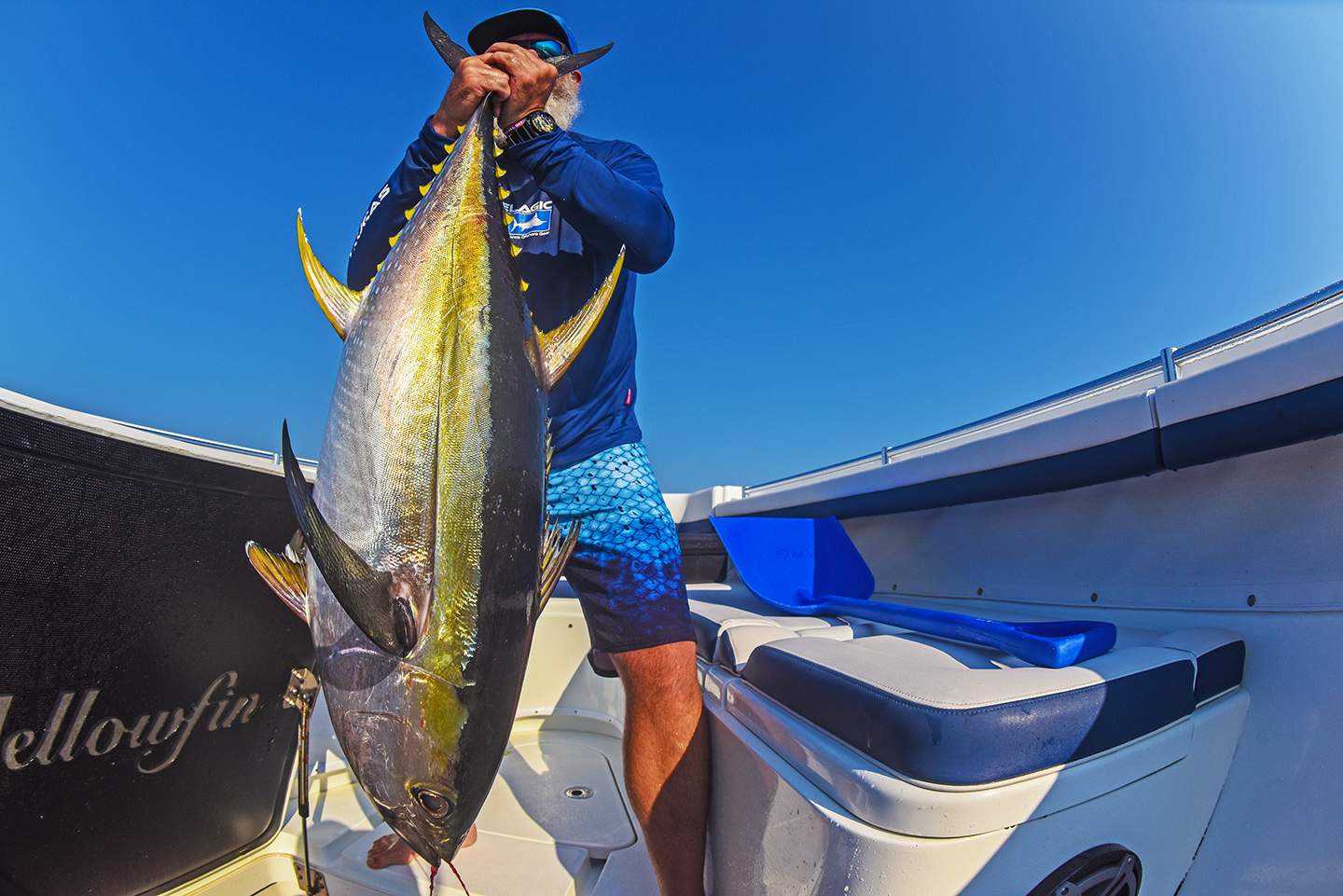 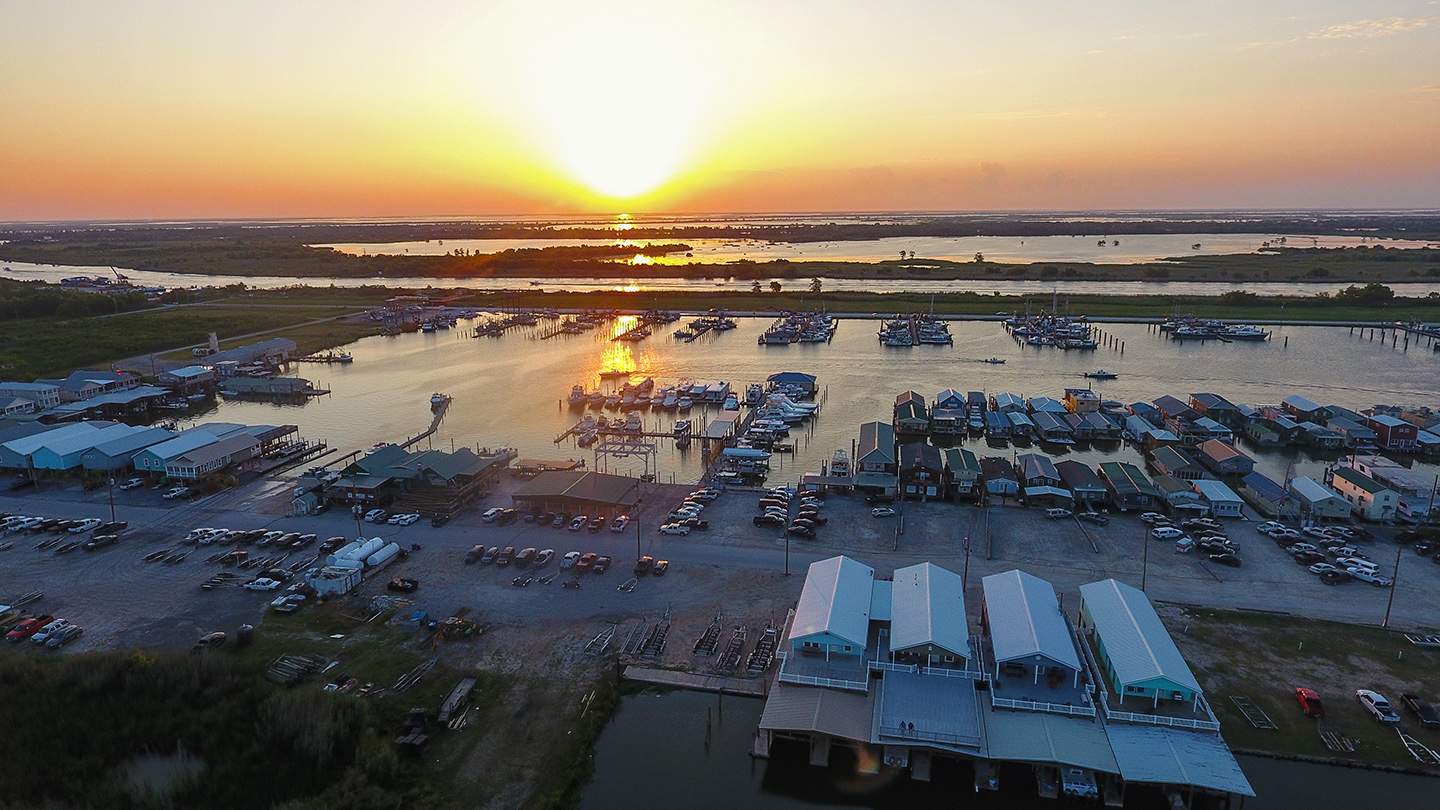 To check out all that the Gulf, Venice, and VooDoo Sportfishing has to offer… visit: www.voodoofishingcharters.com/