Cabo Summer Slam draws its biggest field ever as 37 teams vied for more than $200,000 in cash and prizes!

Nestled at the very tip of the Baja Peninsula in Mexico is famed Cabo San Lucas, a city that draws travelers of all walks with it’s beautiful beaches, vibrant nightlife and it’s world-class fishing. The latter was the main draw this past week as the 4th Annual Pelagic Triple Crown of Fishing – Cabo Summer Slam Tournament commenced June 8-10.

The Pelagic Triple Crown of Fishing – Cabo Summer Slam Tournament is a team event with cash and awards to well over $200,000. Awards are presented to teams and anglers for their performance in releasing the most aggregate billfish points (striped marlin, blue marlin, black marlin, sailfish, swordfish, and spearfish) and/or weighing the heaviest two-fish total of each gamefish species (tuna, wahoo, dorado) during the two-day tournament. 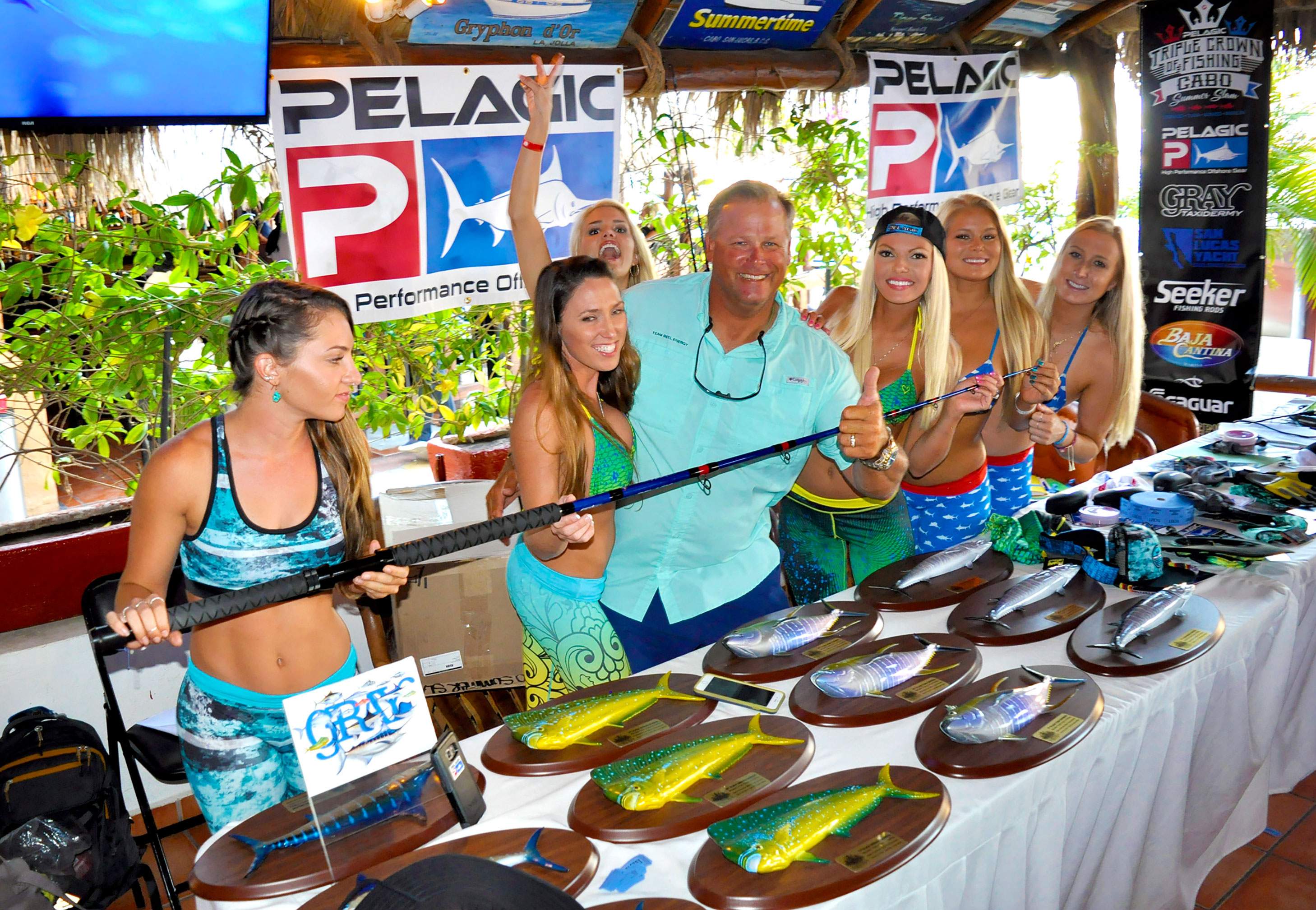 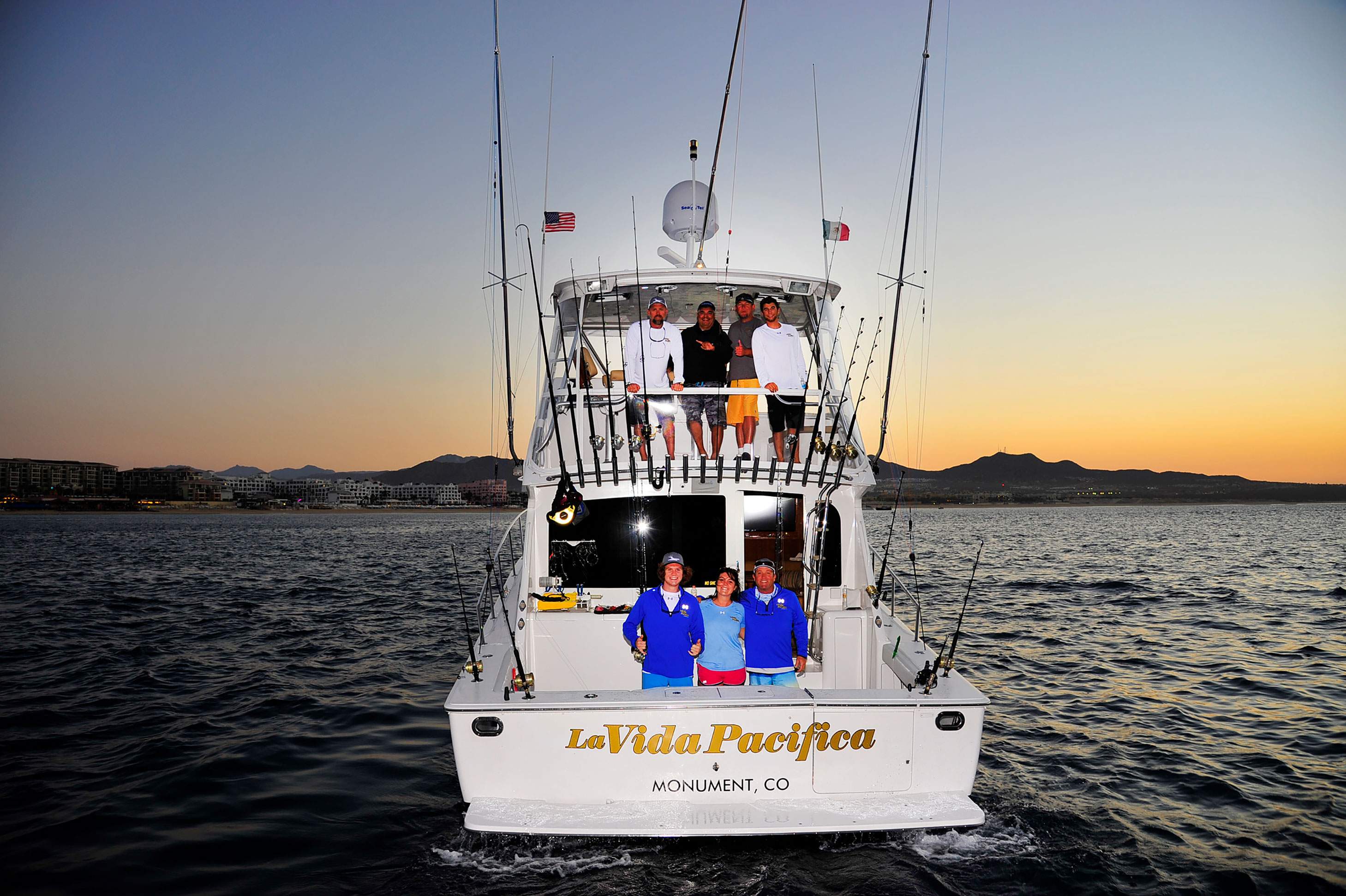 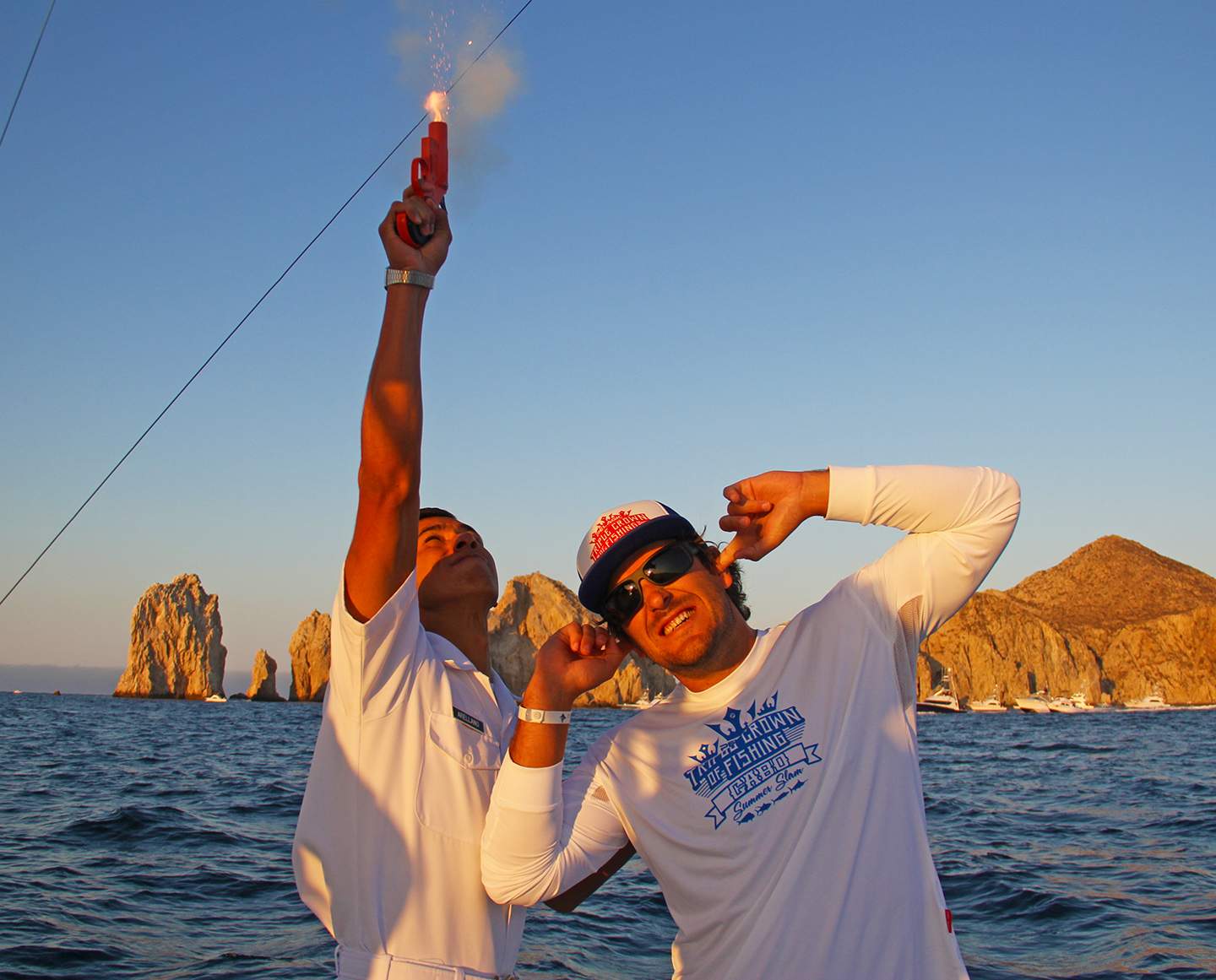 Baja Cantina in Marina Cabo San Lucas played tournament host once again, and the registration and kick-off party had every team excited and amped for the next two days of fishing. After the rules and final reminders were given out, teams enjoyed live reggae music, plenty of excellent food and beverages, and a mega-raffle which included numerous prizes such as spools of SEAGUAR Fluorocarbon, SEEKER fishing rods, PELAGIC Polarized sunglasses, and a variety of hats and other apparel from PELAGIC. 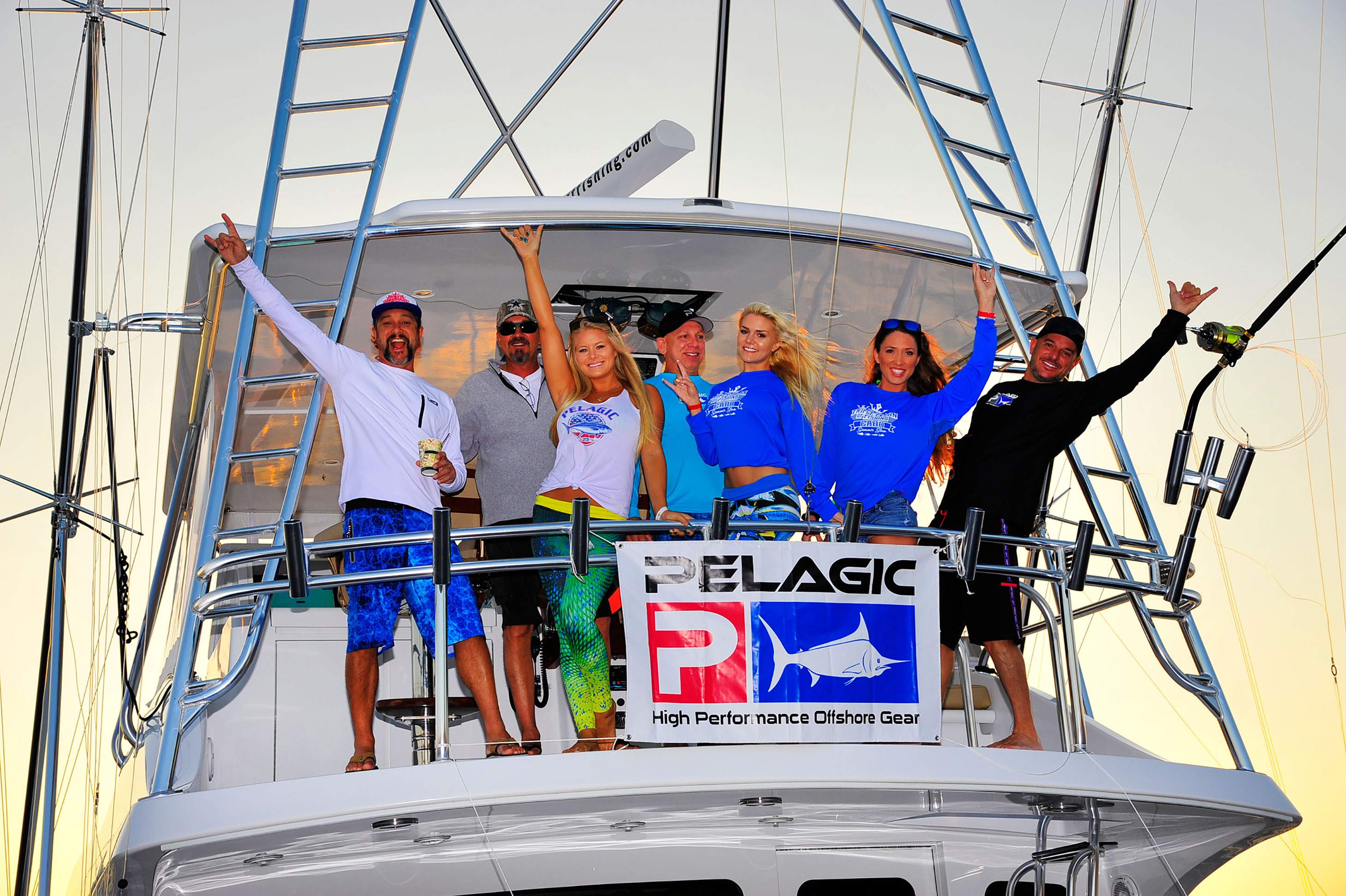 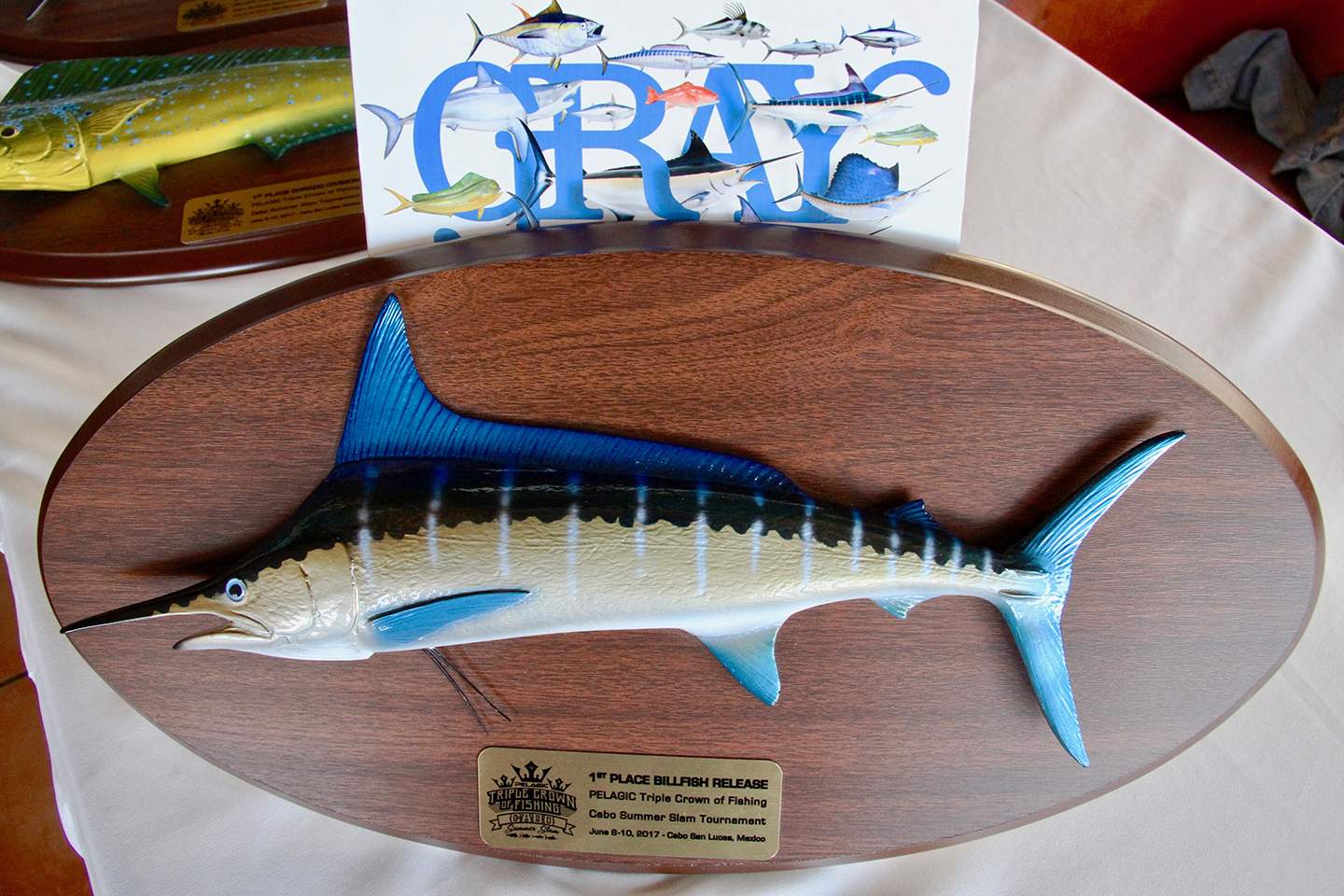 Clear skies and picturesque sunrises greeted the 37-boat field each morning for the 7 a.m. shotgun start, as the boats throttled toward the horizon. It’s one of the most unique and exhilarating sights to see as immaculate sportfishers of all sizes blast off just outside Cabo Marina with the iconic “Land’s End” Arch looming in the background. 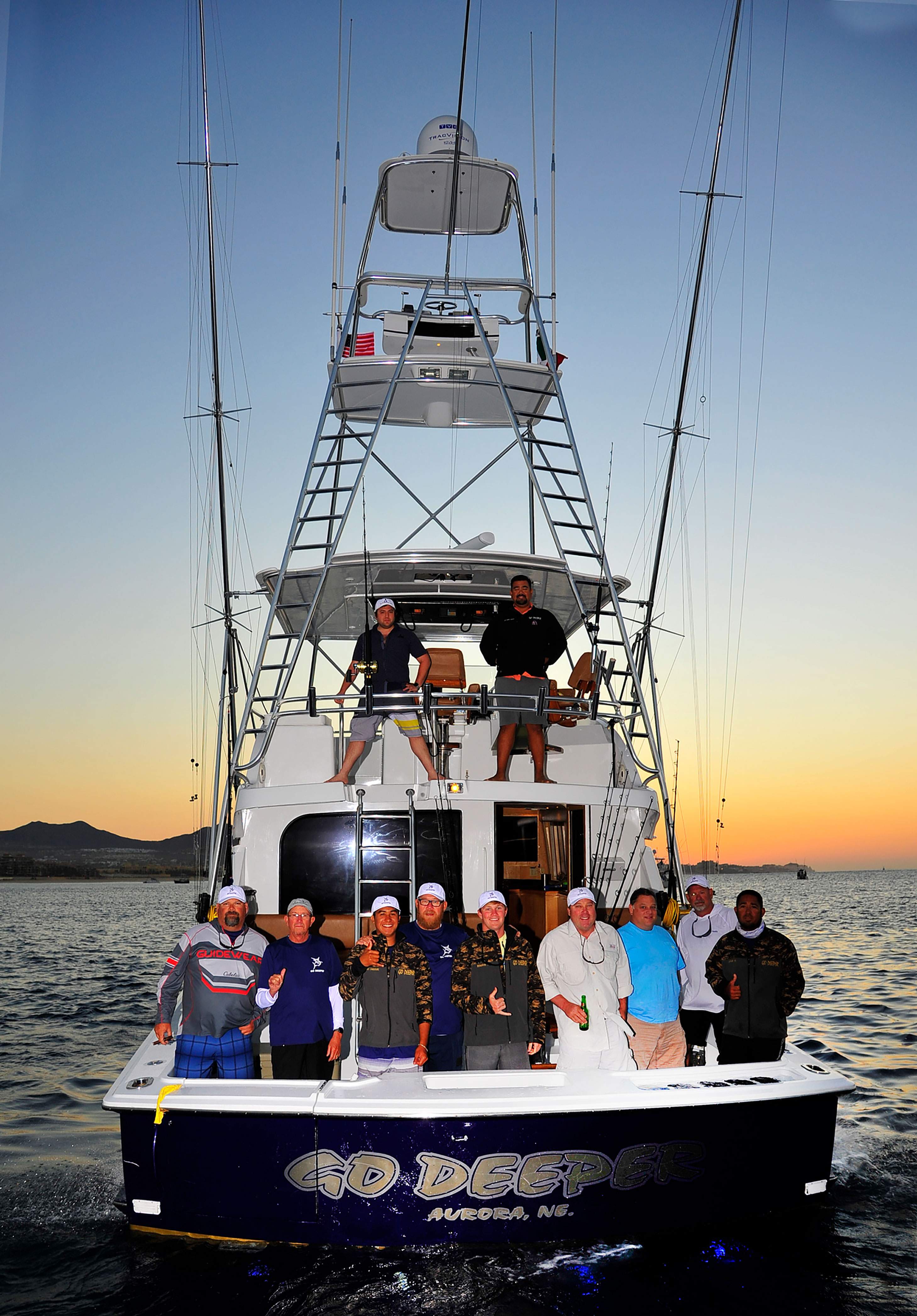 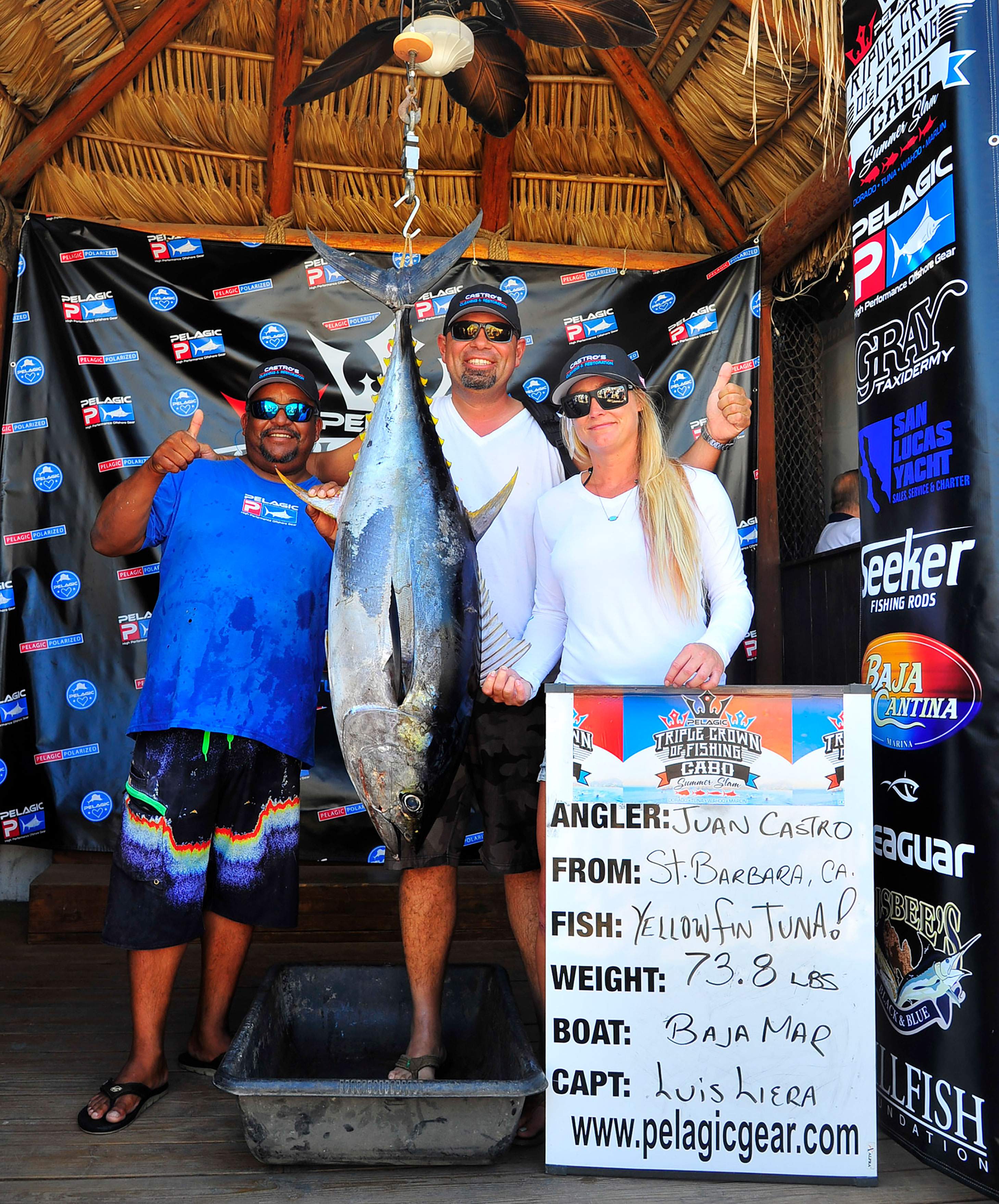 Weigh-ins began each day at 3 pm as the boardwalk in front of Gricelda’s Smokehouse bustled with teams bringing in their catch and curious onlookers snapped photos of fish weighed; next door teams brought in video of their billfish releases to be viewed at tournament headquarters inside Baja Cantina. 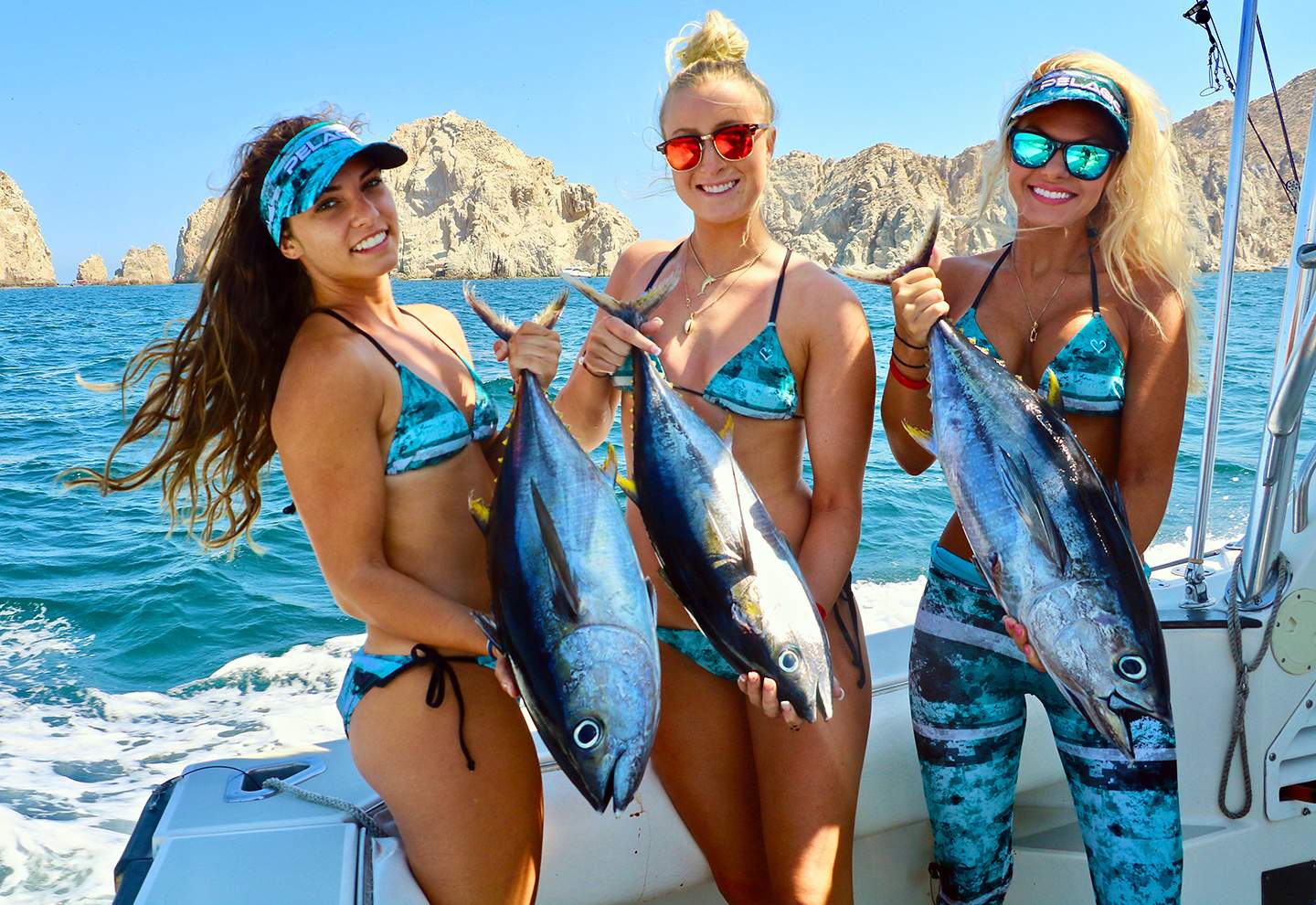 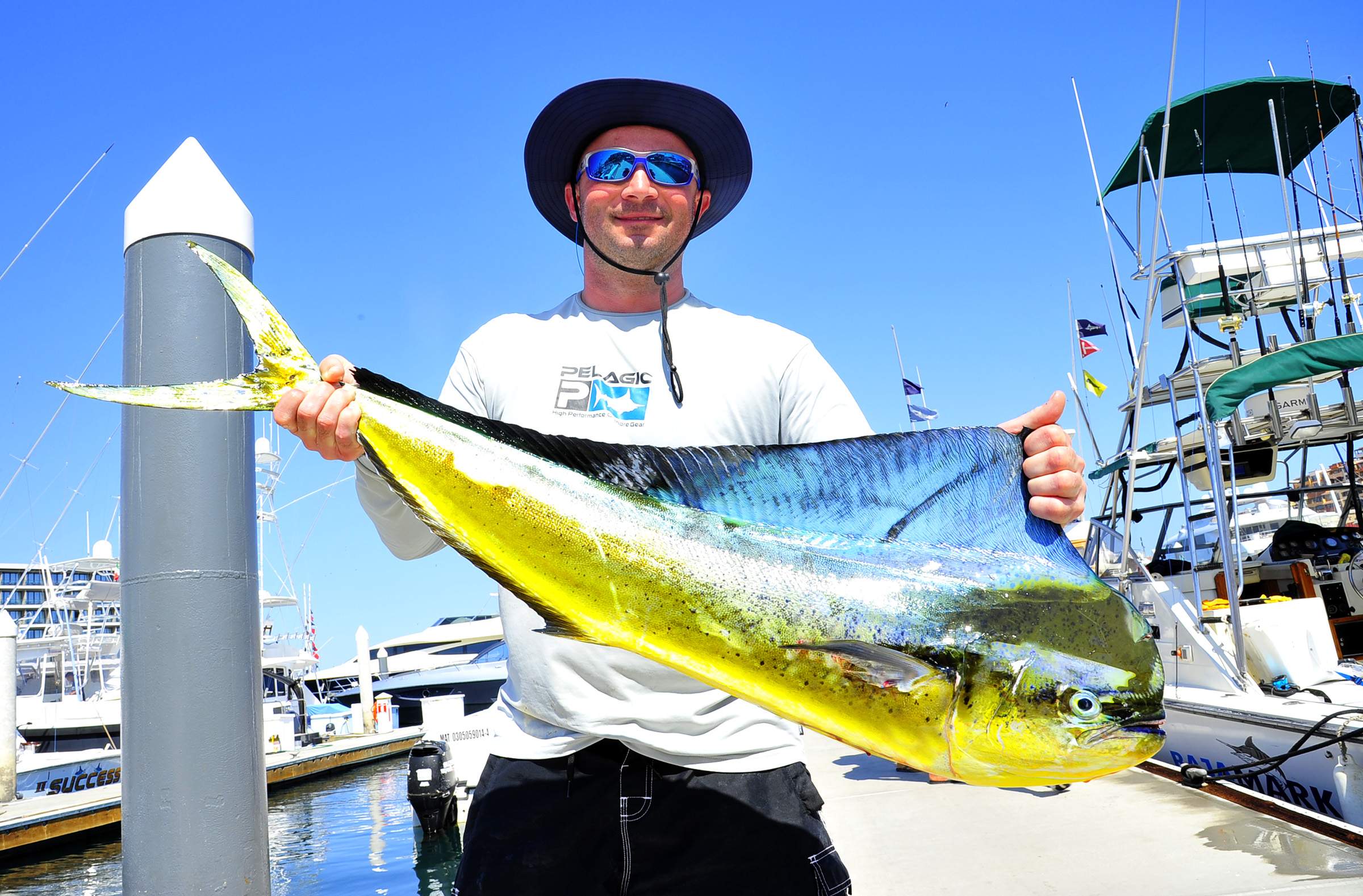 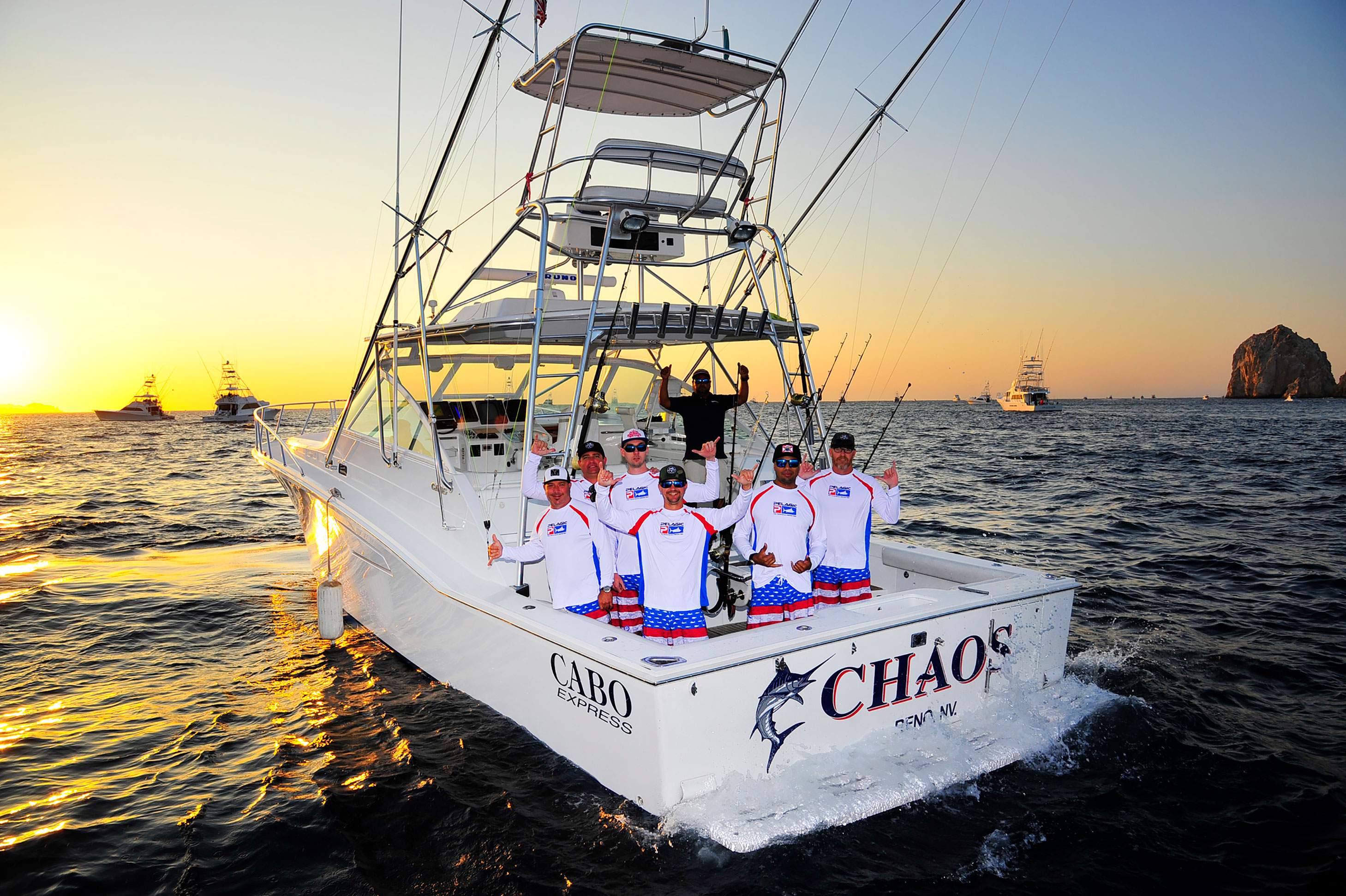 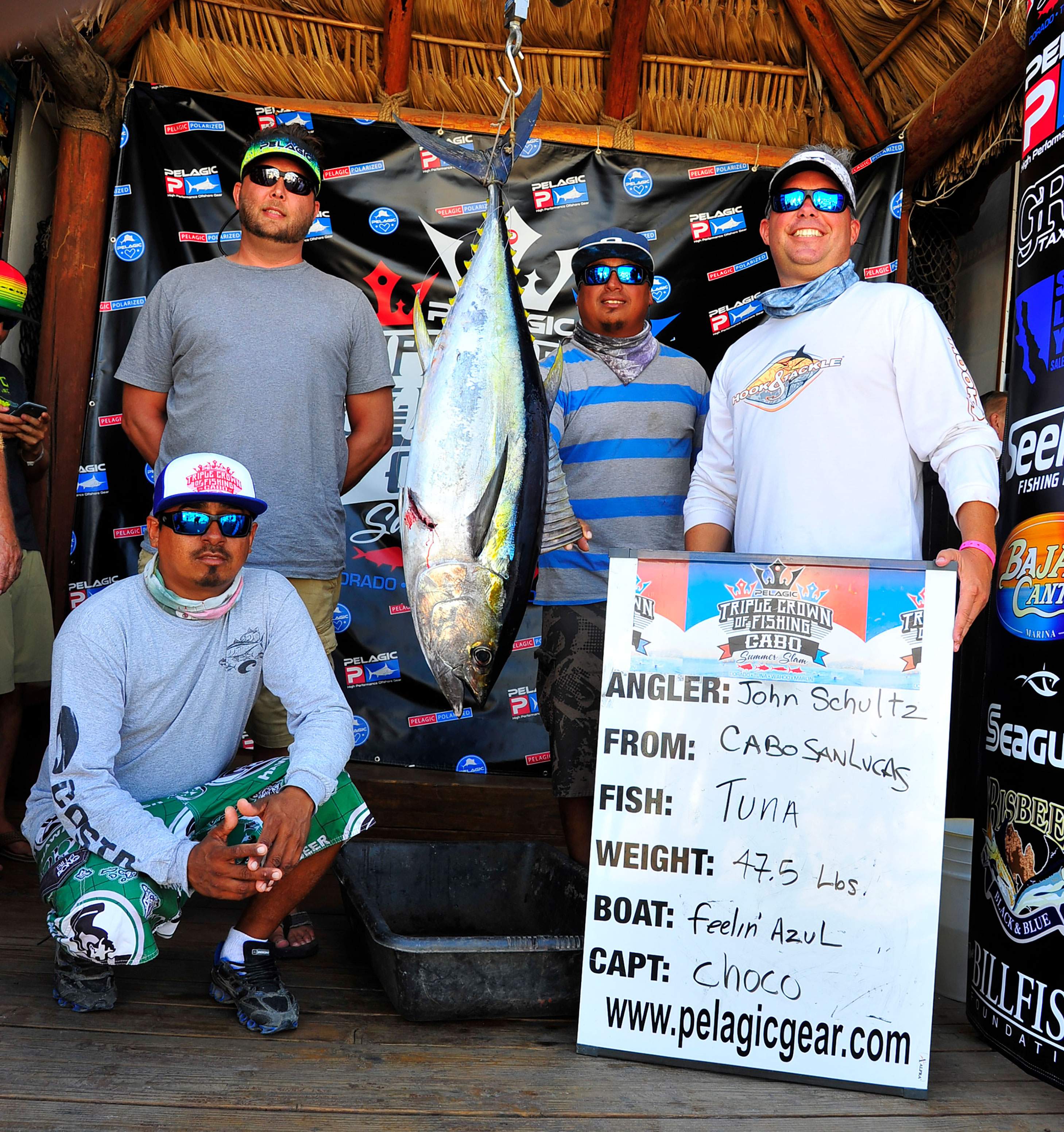 On the gamefish side of things, it was Team BajaMark that brought in the largest Tuna for Day 1 with a 73.8-lb. yellowfin that earned them the $6,975 Jackpot. Team Tejas , a team that always seems to find the podium, took the Wahoo Jackpot for Day 1 with a 32.5-lb. fish that earned them $6,750. The Dorado Division saw Team Delta Tango weigh-in a 13.9-lb. fish, taking home $6,975 for the daily Dorado Jackpot. 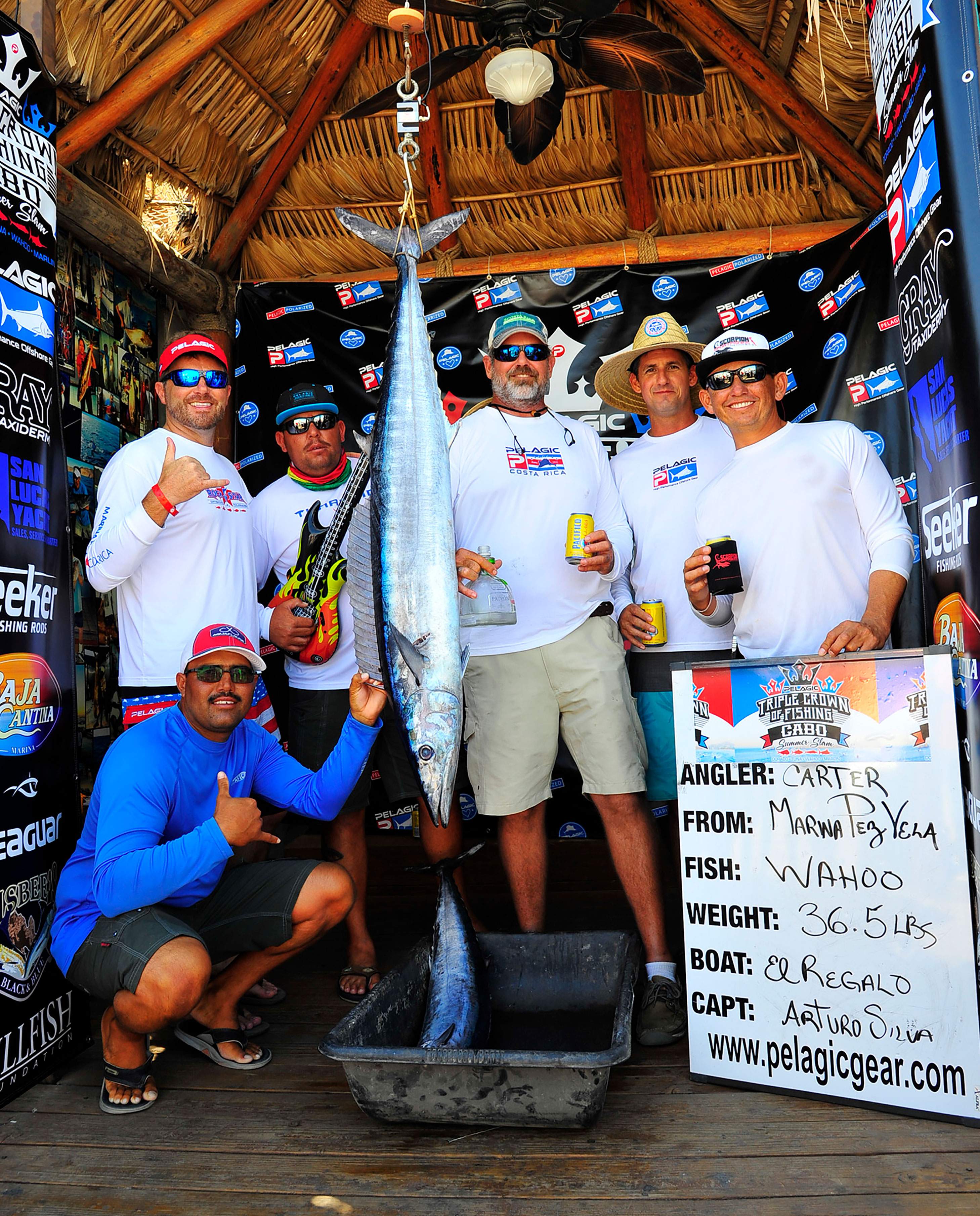 Things got a lot closer on Day 2 for the Billfish Release Divisions as the top four teams all released (4) striped marlin and were all entered in both the $2k and the High Rollers $5K Jackpots. Teams La Vida Pacifica , Hooray , Expedition and Go Deeper all earned $7,313 per team in the $5K division, and $4,950 per team in the $2k division. 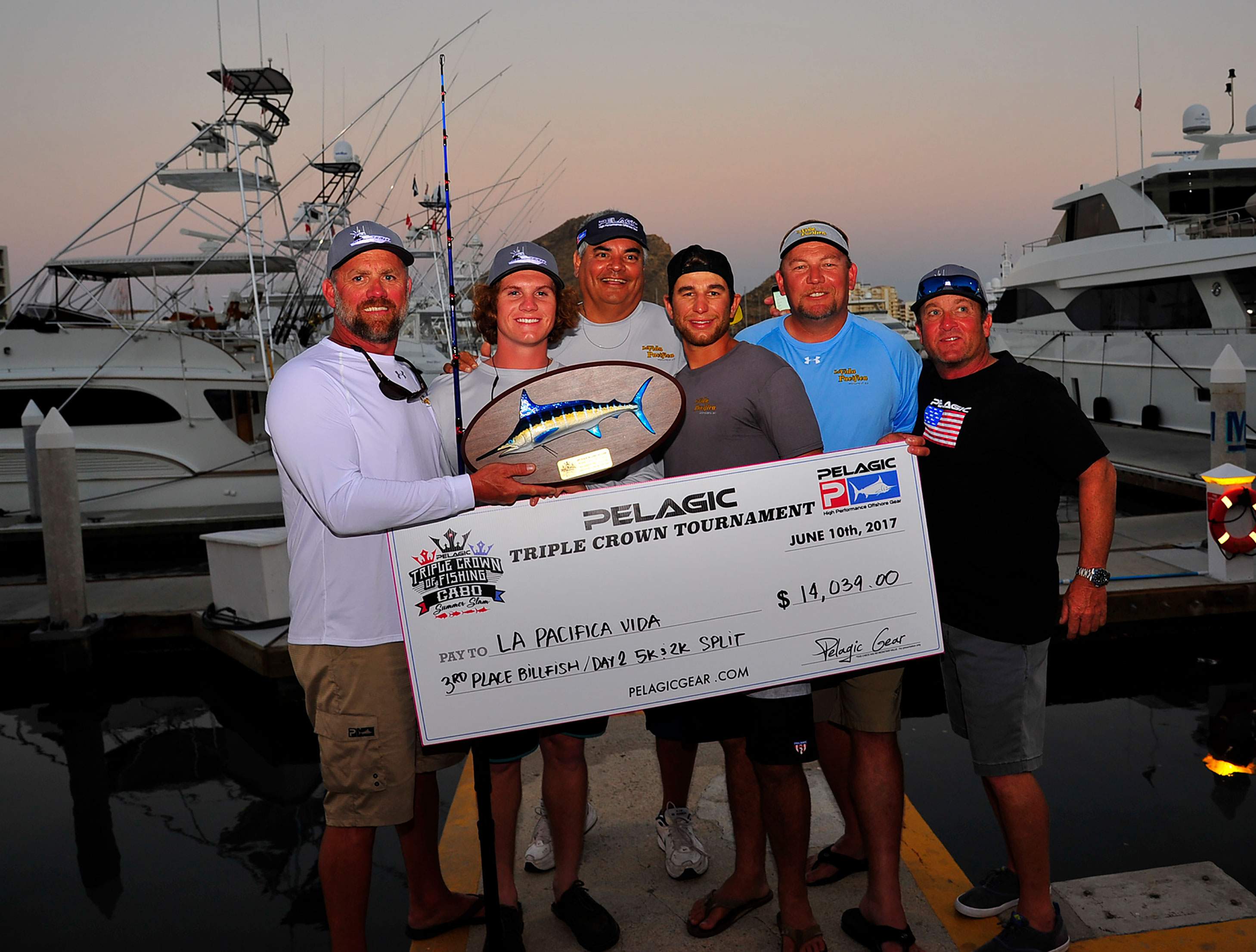 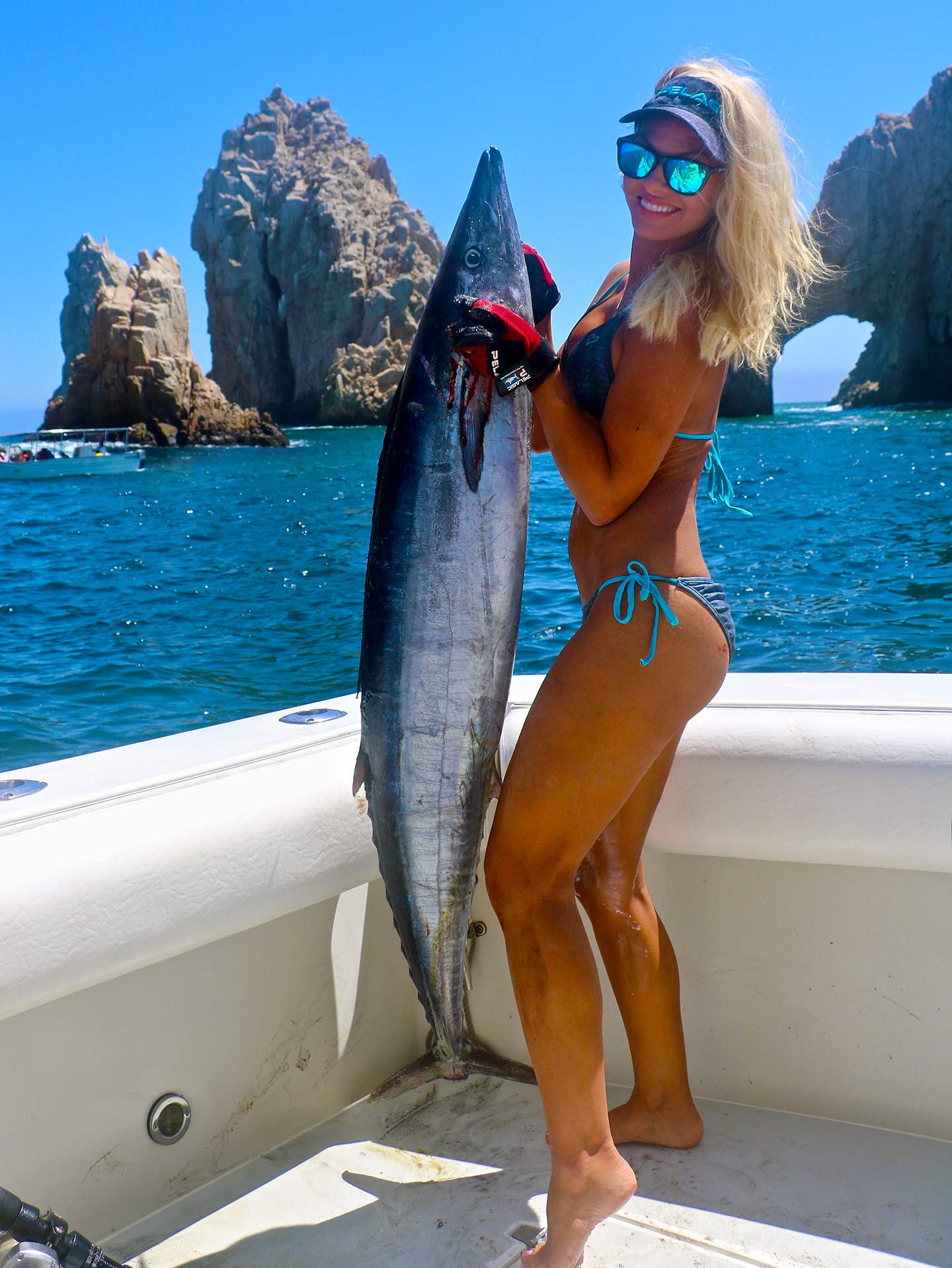 Day 2 Gamefish divisions had some close races, but in the end Team BajaMark once again showed they have the tuna dialed as they brought in the top fish for the day – a 65.2-lb. yellowfin that earned them another $6,975. Top Wahoo for Day 2 came from Team El Regalo with a 36.5-lb. ‘hoo that earned the team a $6,750 Jackpot. Team Reel Gold came out on top in the Dorado Jackpot with a 14.4-lb. bull that earned them $6,975. 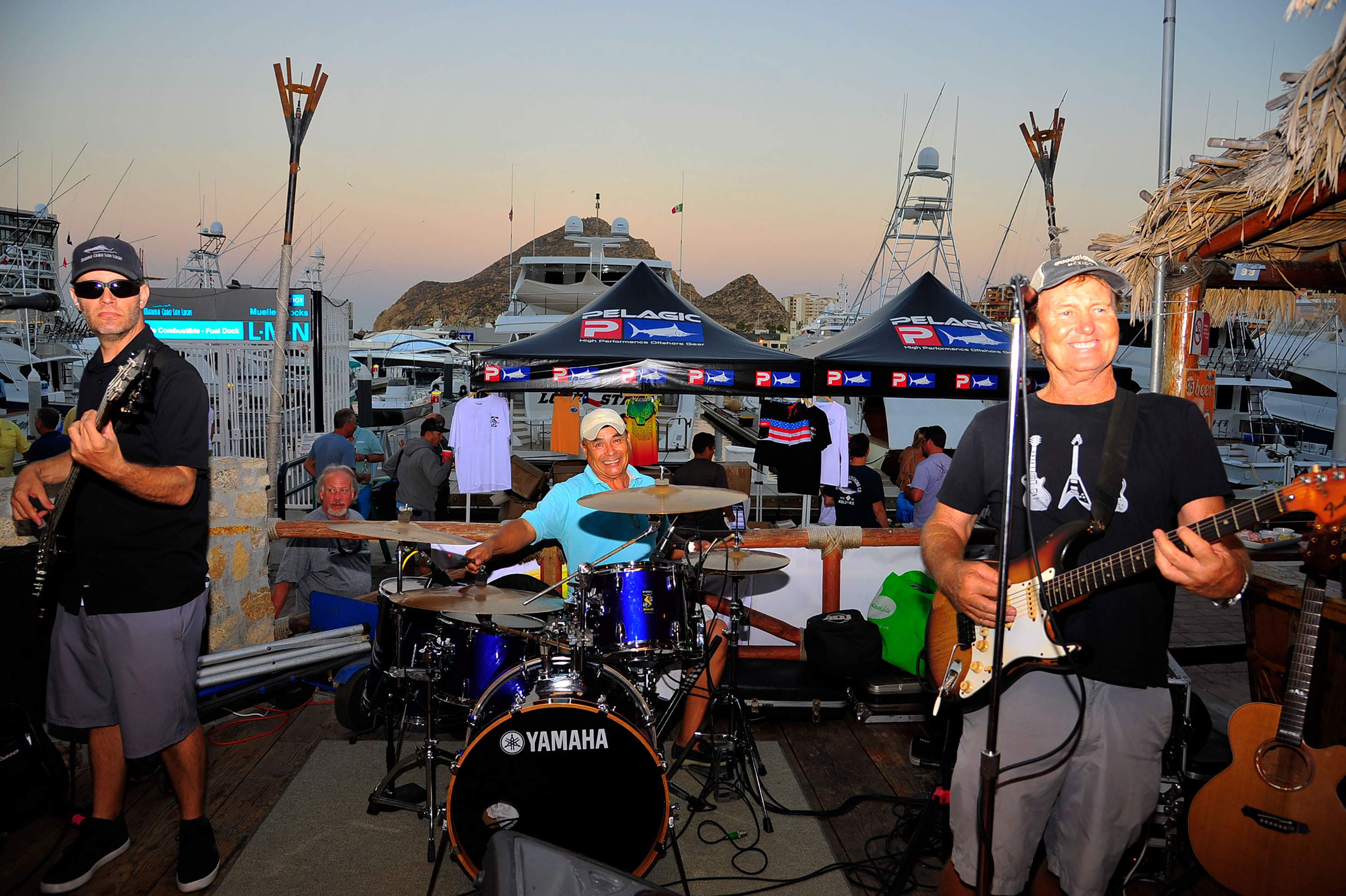 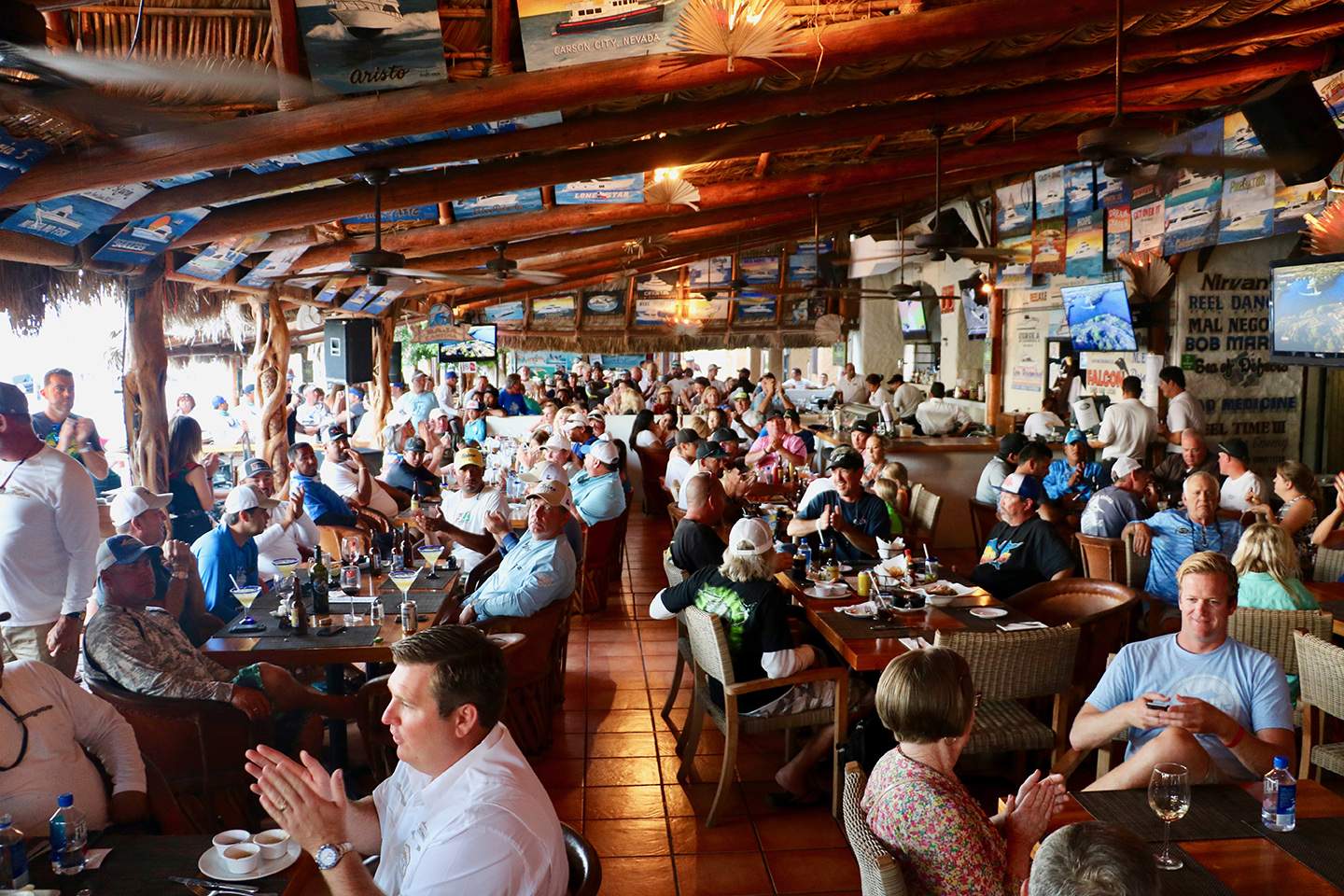 At the conclusion of Day 2, with all gamefish weighed, all calculations completed and videos verified at tournament headquarters, the celebration began at Baja Cantina as winning teams were announced and trophies and prizes were given out. 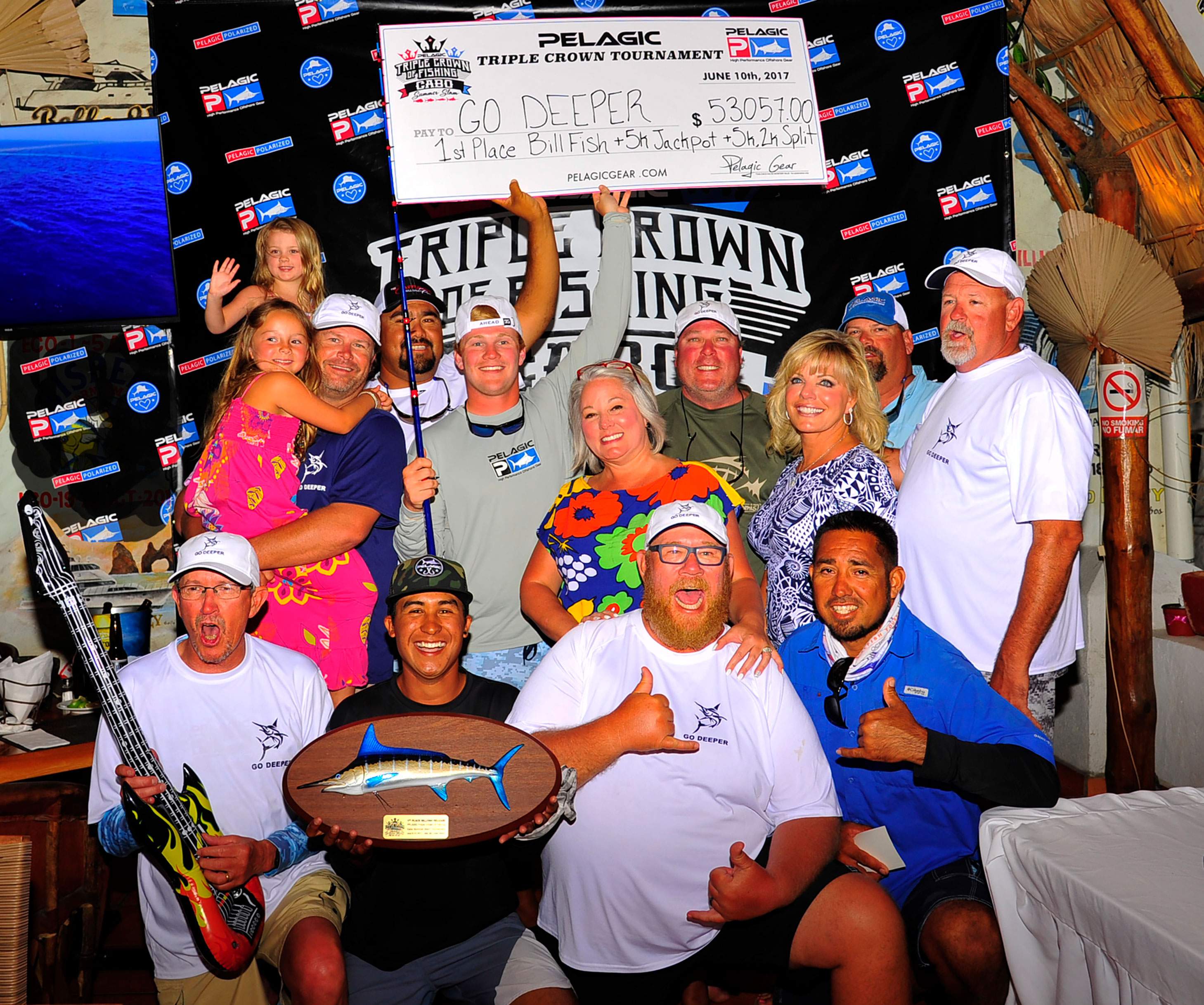 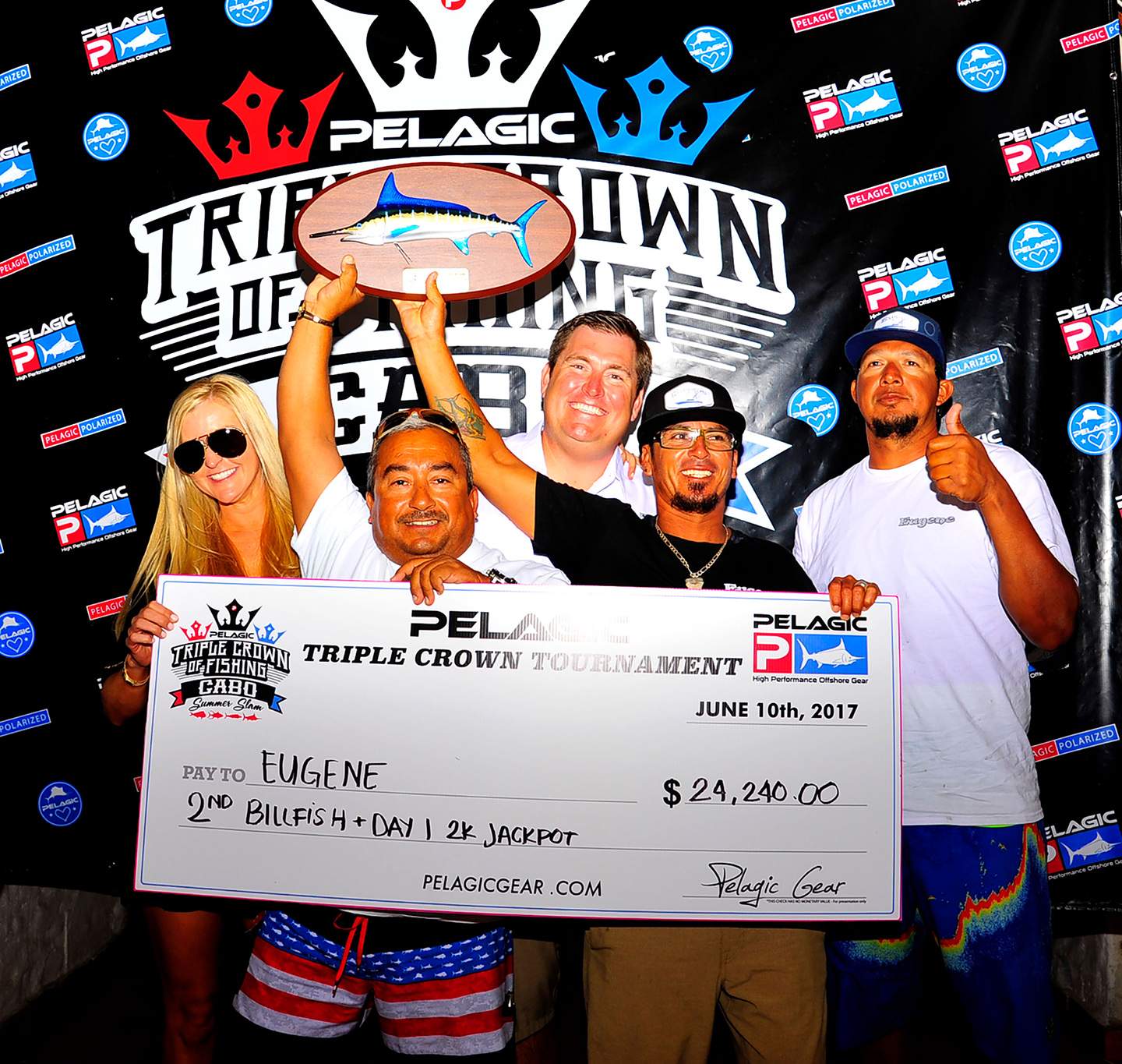 Team Baja Mark winning the Tuna Division as well as Tuna Jackpots for a total of $19,722 in prize money! 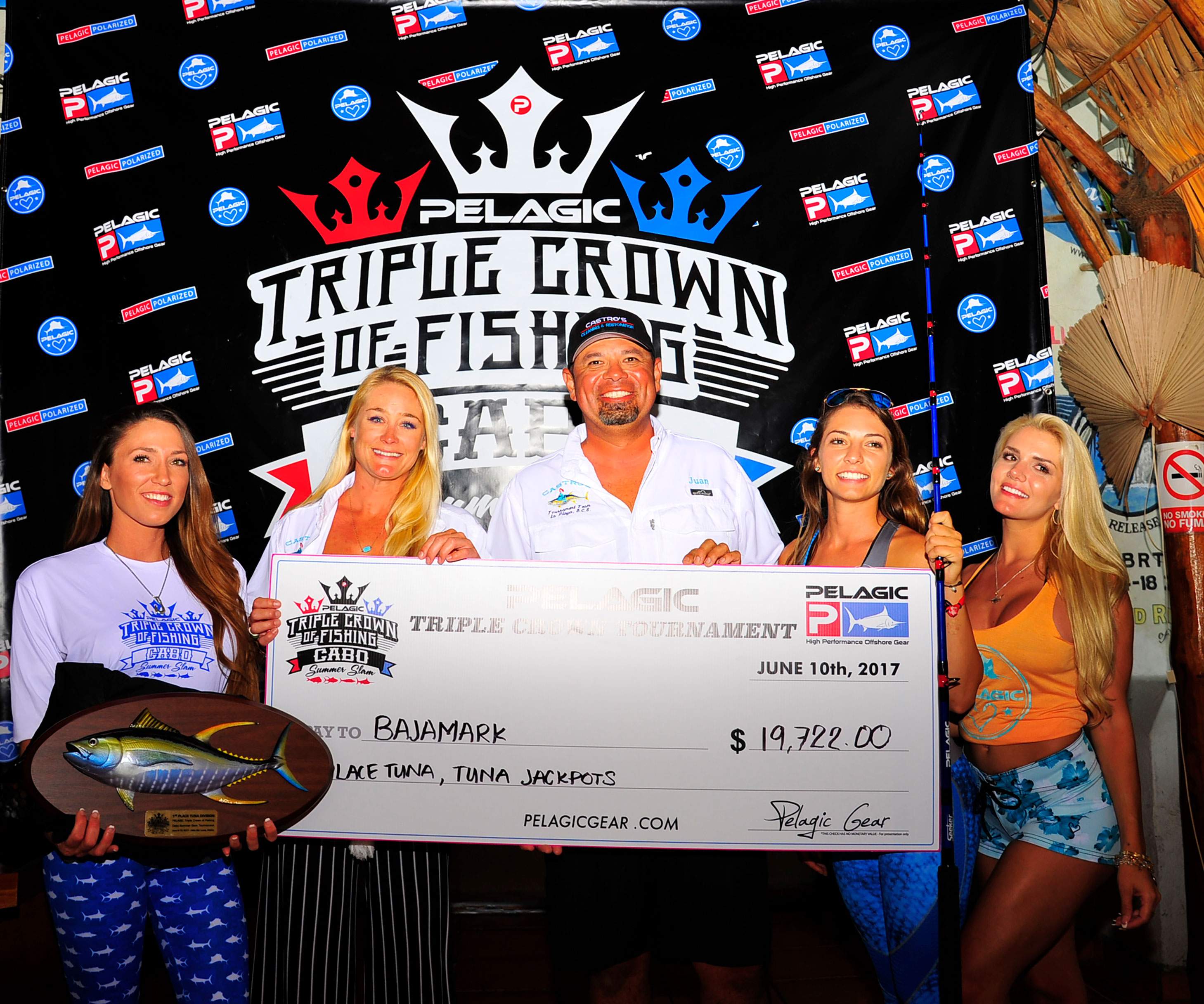 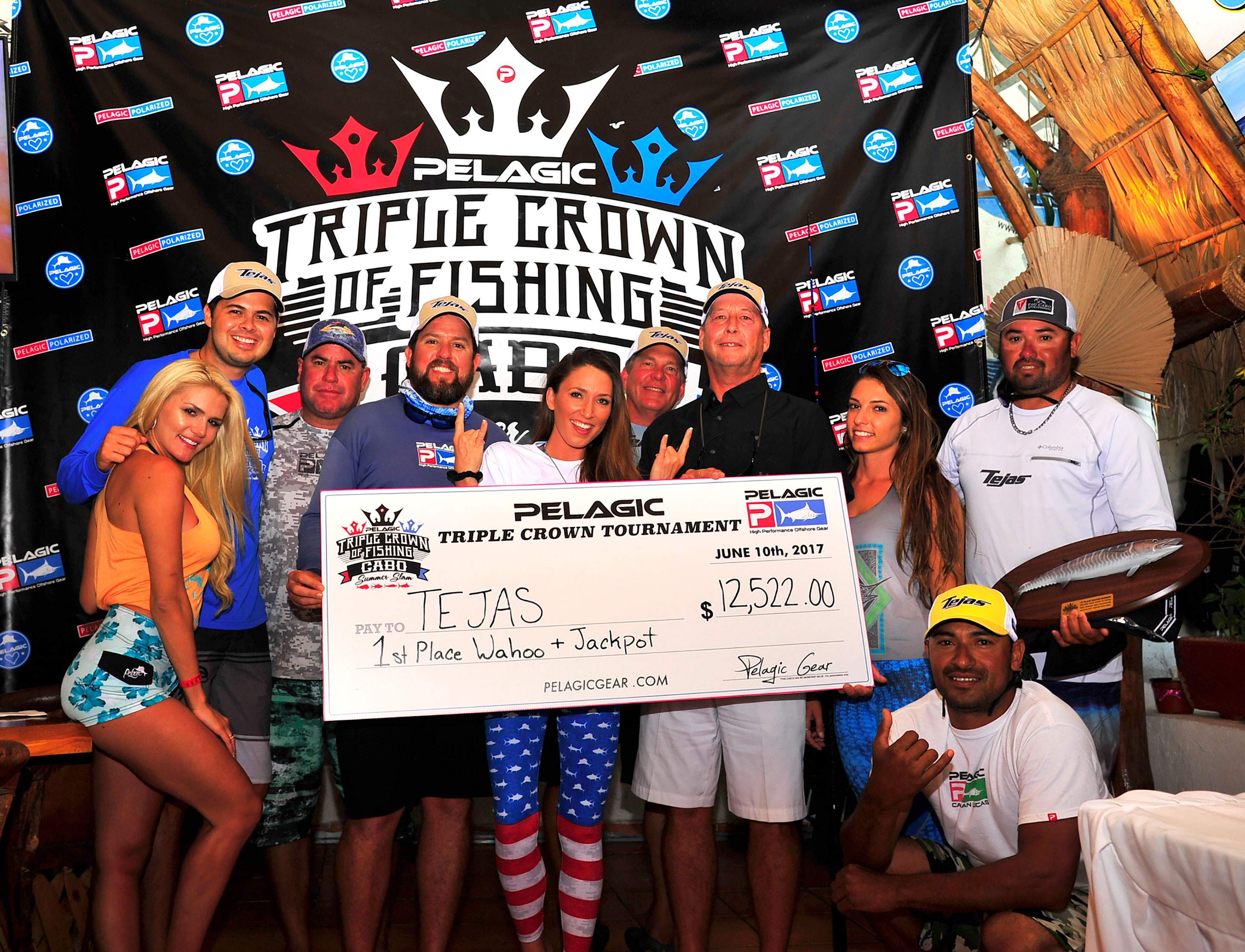 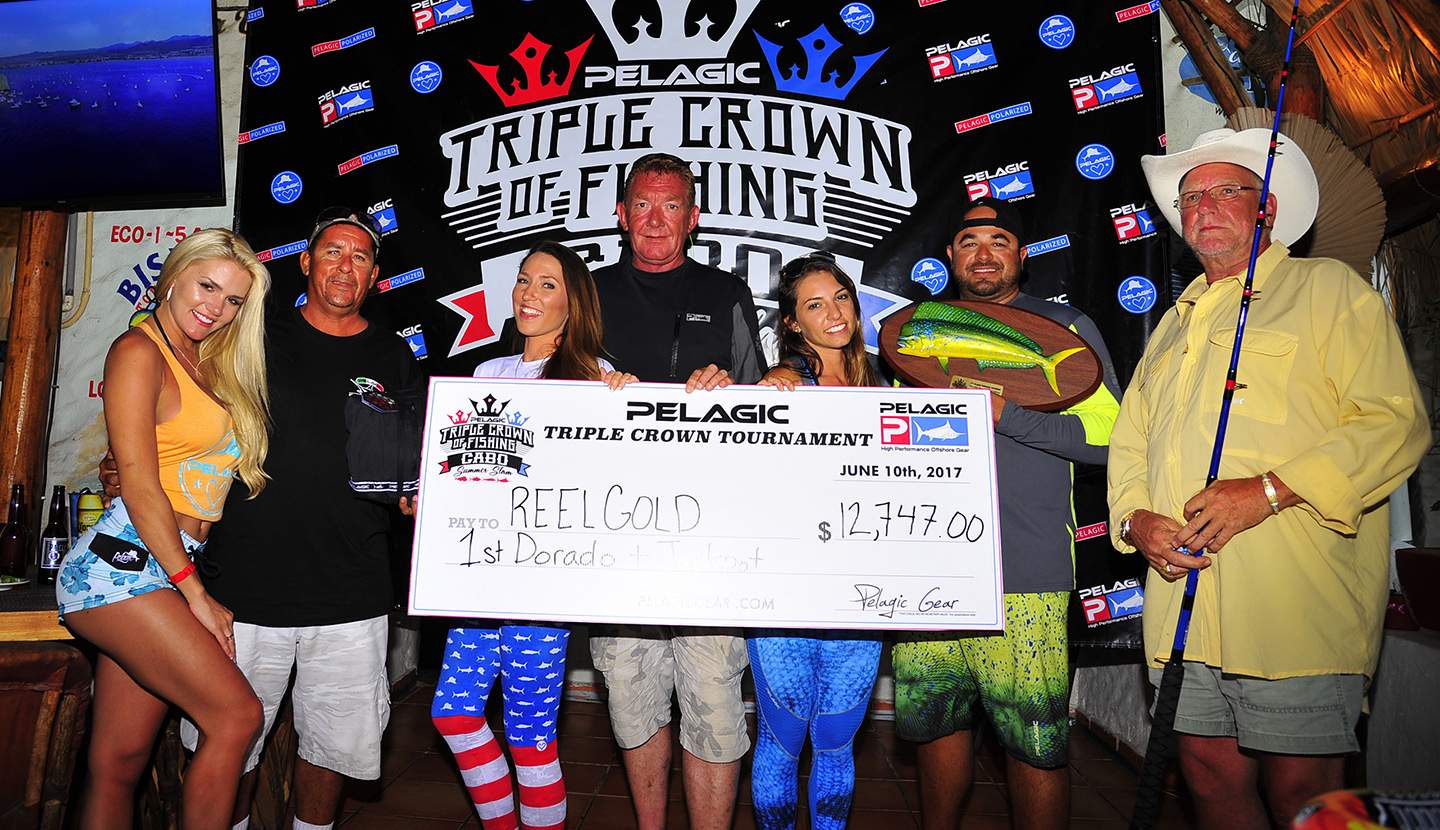 PELAGIC would like to give a huge THANK YOU to all of our sponsors and partners that continue to help make the Cabo Summer Slam one of the most enjoyable, yet competitive fishing tournaments South of the Border!

Thank you to all the tournament participants and make sure to keep your eyes peeled and calendars cleared as the 5th Annual Cabo Summer Slam will once again be heading to Cabo San Lucas in June 2018. 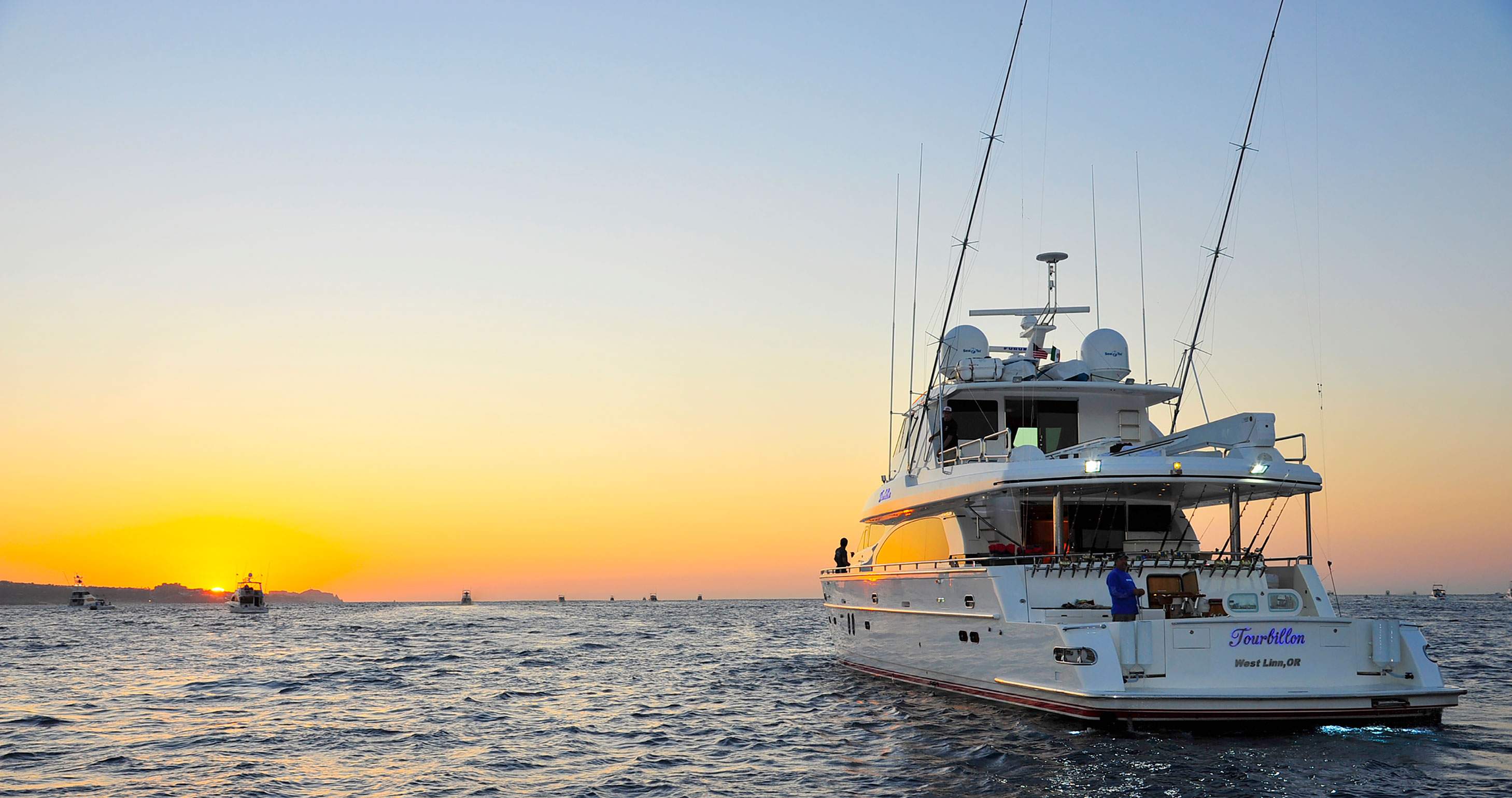