Life along any beautiful coastline of the United States doesn't come without risk. In the Atlantic, summer months prove to spawn incredibly vicious tropical storms known by everyone simply as 'Hurricanes'. They can develop without much notice and hinder the worst of catastrophic damage to land and property.

A Hurricane (or tropical cyclone ) is a storm system characterized by a large low-pressure center and numerous thunderstorms that produce strong winds and heavy rain. Tropical cyclones strengthen when water evaporated from the ocean is released as the saturated air rises, resulting in condensation of water vapor contained in the moist air. They are fueled by a different heat mechanism than other cyclonic windstorms such as nor'easters, European windstorms, and polar lows. The characteristic that separates tropical cyclones and hurricanes from other cyclonic systems is that at any height in the atmosphere, the center of a tropical cyclone will be warmer than its surroundings; a phenomenon called "warm core " storm systems. 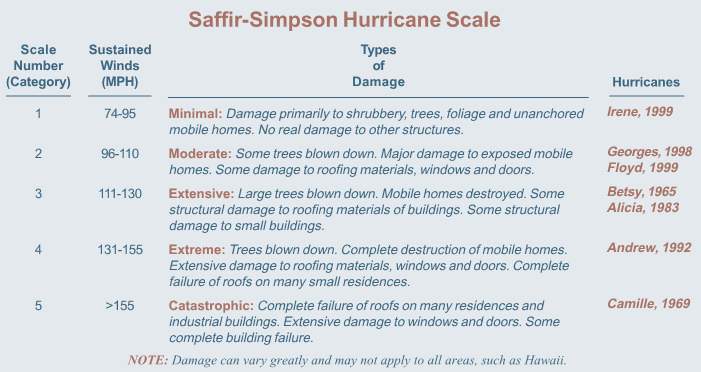 The term "tropical" refers both to the geographic origin of these systems, which form almost exclusively in tropical regions of the globe, and to their formation in maritime tropical air masses. The term "cyclone" refers to such storms' cyclonic nature, with counterclockwise rotation in the Northern Hemisphere and clockwise rotation in the Southern Hemisphere. The opposite direction of spin is a result of the Coriolis force . Depending on its location and strength, a tropical cyclone is referred to by names such as hurricane , typhoon , tropical storm , cyclonic storm , tropical depression , and simply cyclone .

While tropical cyclones can produce extremely powerful winds and torrential rain, they are also able to produce high waves and damaging storm surge as well as spawning tornadoes . They develop over large bodies of warm water, and lose their strength if they move over land due to increased surface friction and loss of the warm ocean as an energy source. This is why coastal regions can receive significant damage from a tropical cyclone, while inland regions are relatively safe from receiving strong winds. Heavy rains, however, can produce significant flooding inland, and storm surges can produce extensive coastal flooding up to 40 kilometres (25 mi) from the coastline. Although their effects on human populations can be devastating, tropical cyclones can also relieve drought conditions. They also carry heat energy away from the tropics and transport it toward temperate latitudes , which makes them an important part of the global atmospheric circulation mechanism. As a result, tropical cyclones help to maintain equilibrium in the Earth's troposphere, and to maintain a relatively stable and warm temperature worldwide.

Below : The storm surge from Hurricane Rita was felt all the way down in Corpus Christi, TX... 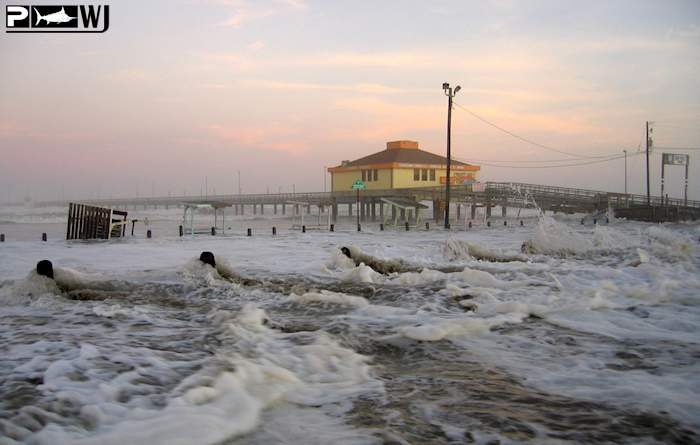 Many tropical cyclones develop when the atmospheric conditions around a weak disturbance in the atmosphere are favorable. The background environment is modulated by climatological cycles and patterns such as the Madden-Julian oscillation , El Niño-Southern Oscillation, and the Atlantic multidecadal oscillation. Others form when other types of cyclones acquire tropical characteristics. Tropical systems are then moved by steering winds in the troposphere; if the conditions remain favorable, the tropical disturbance intensifies, and can even develop an eye. On the other end of the spectrum, if the conditions around the system deteriorate or the tropical cyclone makes landfall, the system weakens and eventually dissipates. It is not possible to artificially induce the dissipation of these systems with current technology.

Below : A listing of all major US hurricanes from over a century (courtesy NWS )

*Some info may have been resourced from wikipedia