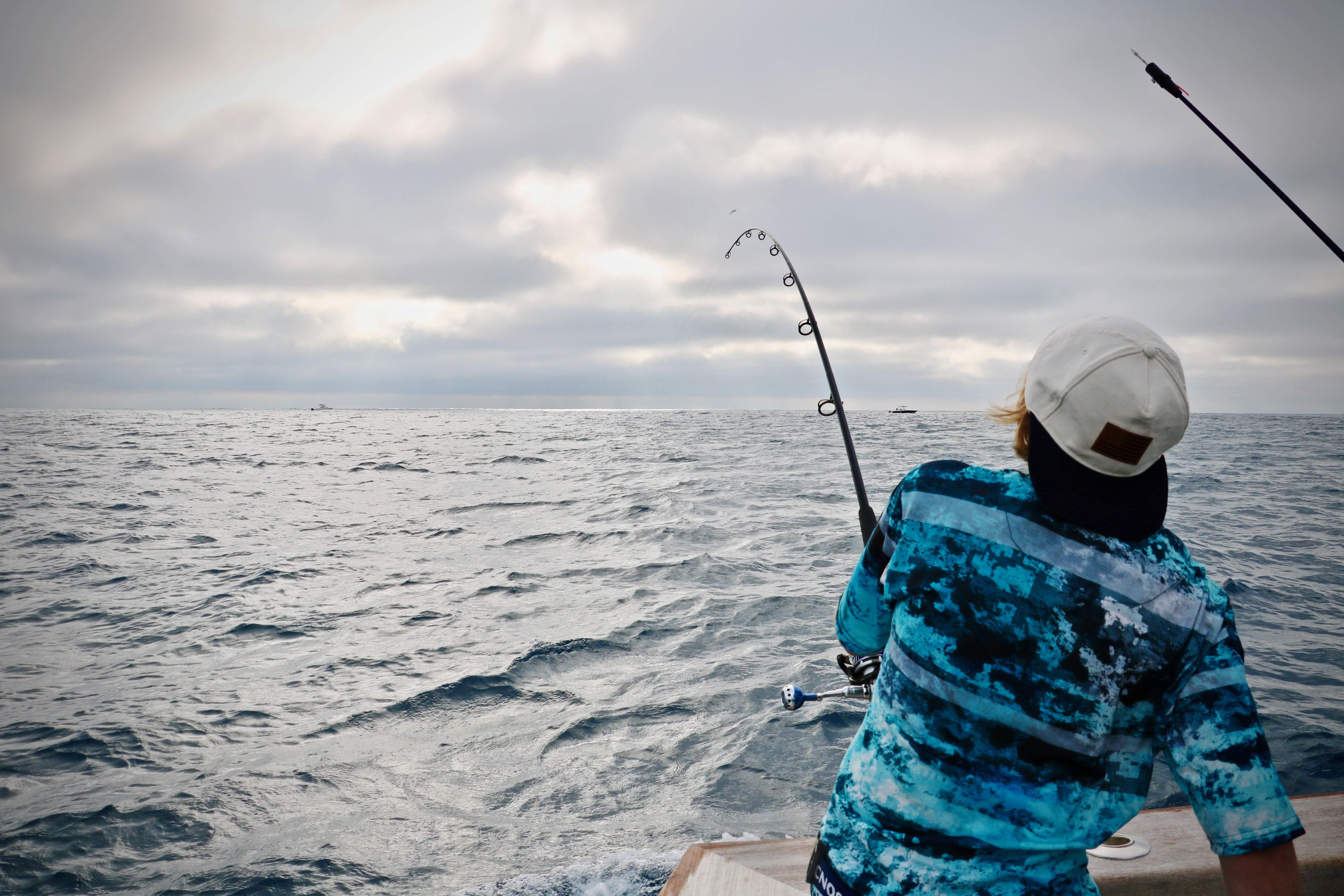 Team PELAGIC helped kick off the holiday season in style by sponsoring a day on the ocean for a very special fisherman just before Christmas. Shiloh Beck is a participant in the “Fish to Make a Difference” program (FTMAD) of South Florida, a 501c3 charity organization Co-Founded by Pelagic Team member Capt. Tony DiGiulian and local business man Clay Barker. FTMAD works with the Joe DiMaggio Children’s Hospital and others to take children battling cancer and other life threatening illnesses, out for a day on the water fishing with friends and family. Pelagic has taken up this cause and we will be sponsoring at least one trip per quarter for these well deserving young anglers.

Shiloh is 18 years old, and has successfully beaten Large B Cell Lymphoma not once, but twice. He is a warrior in every sense of the word and has refused to let his illness define him. First diagnosed at the age of twelve, he received 6 months of aggressive Chemotherapy which seemed to kill the disease. But 3 years later it was back and his battle continued with Shiloh defeating his illness for a second time. We are happy to report that he has now been cancer free for 3 ½ years and is feeling as healthy as can be. Shiloh is one tough young man. 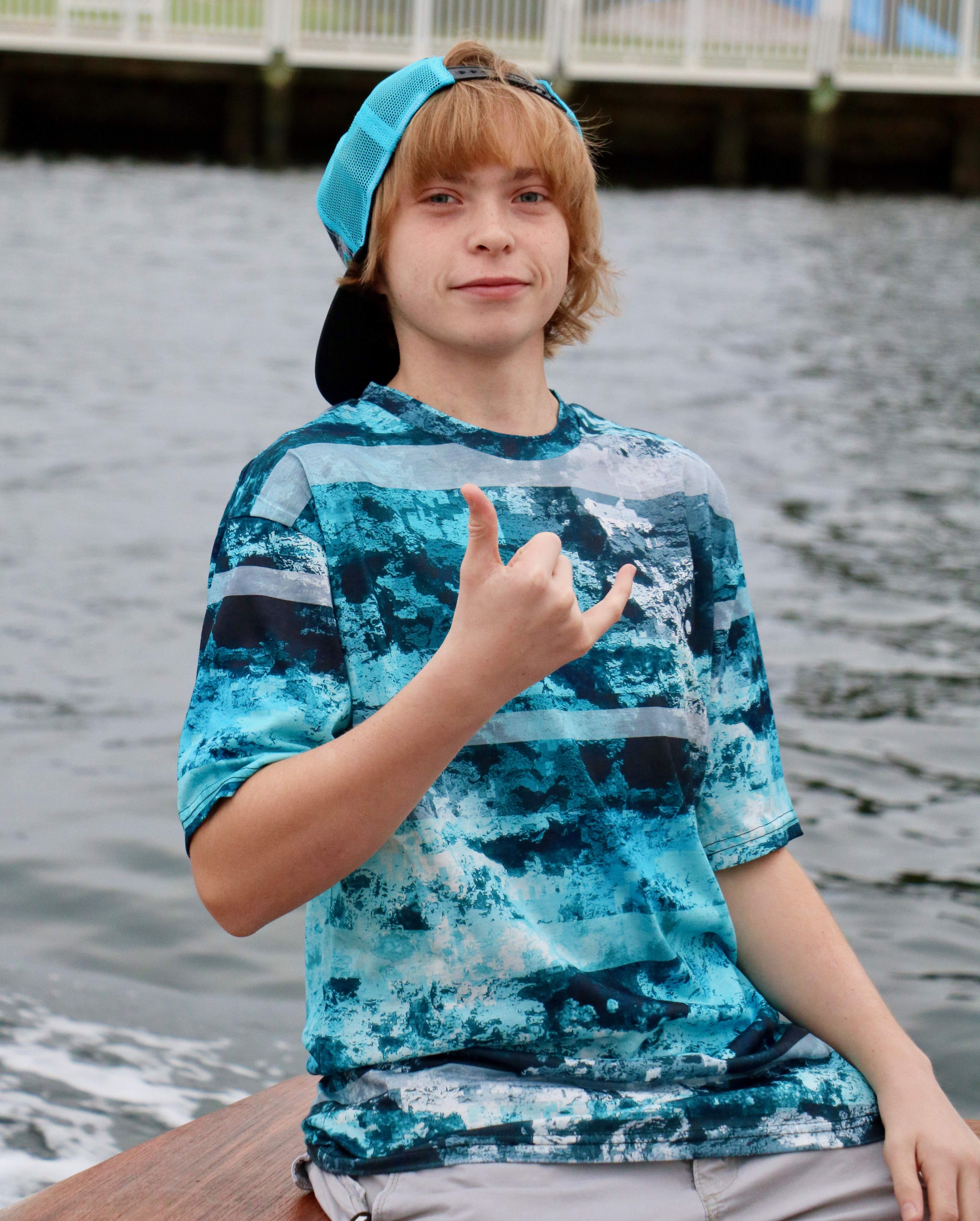 Joining Shiloh for his special day was Capt. J.P Wolf of “Wish List Fishing Team” and Pelagic Team members Zac Yarbrough and Capt. Tony DiGiulian. It was a beautiful day on the ocean and Shiloh was intrigued with all that went into a day of kite fishing for sailfish. He had so many great questions and really wanted to know how everything worked. 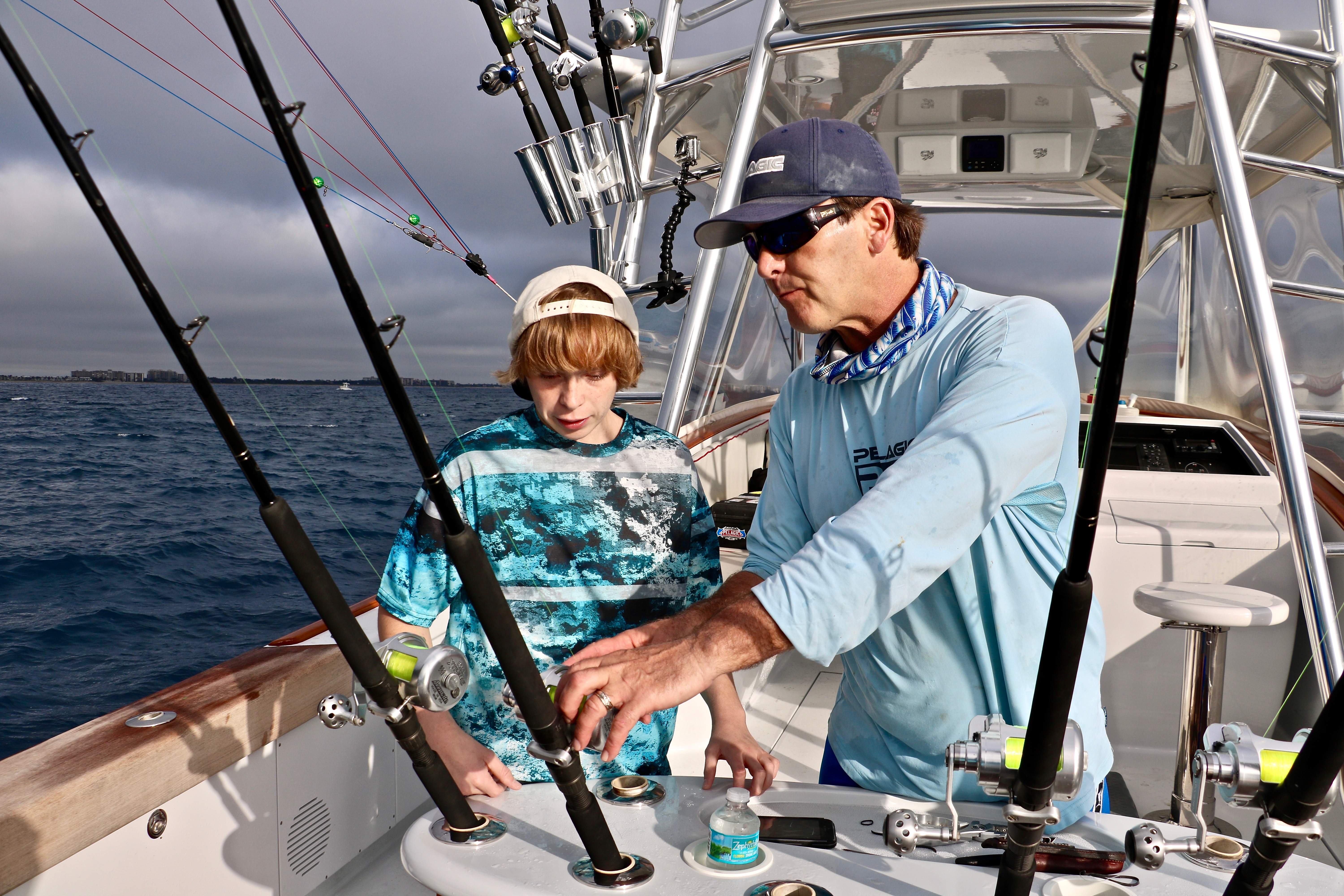 One of Shiloh’s interests is photography, so it was great to have Yarbrough there to give him some tips and advice. With the crew giving him some great personal instruction, they were impressed with Shiloh’s ability to absorb information and put it to work. He caught several species of fish, including Mutton Snapper and some tenacious Bonito. 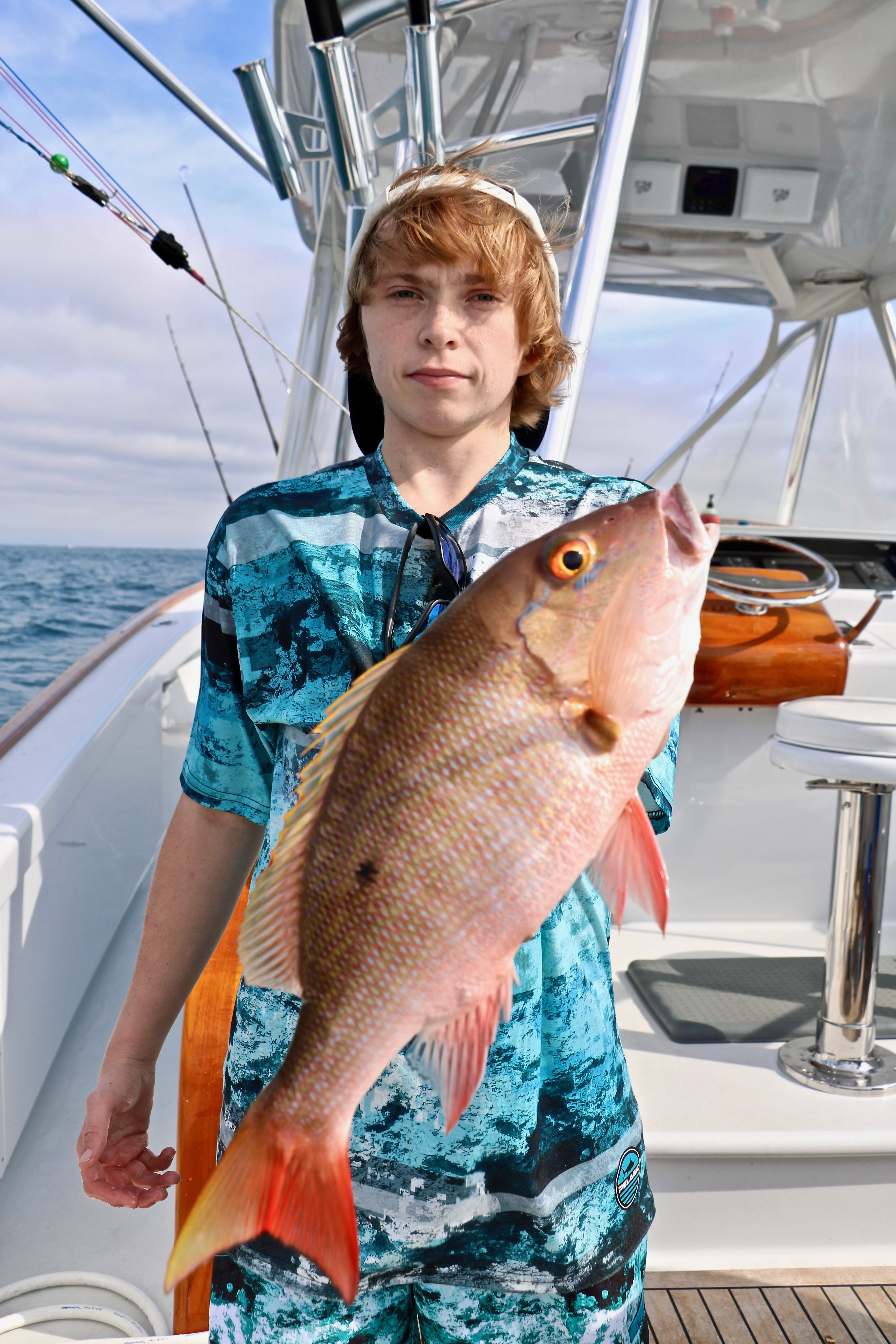 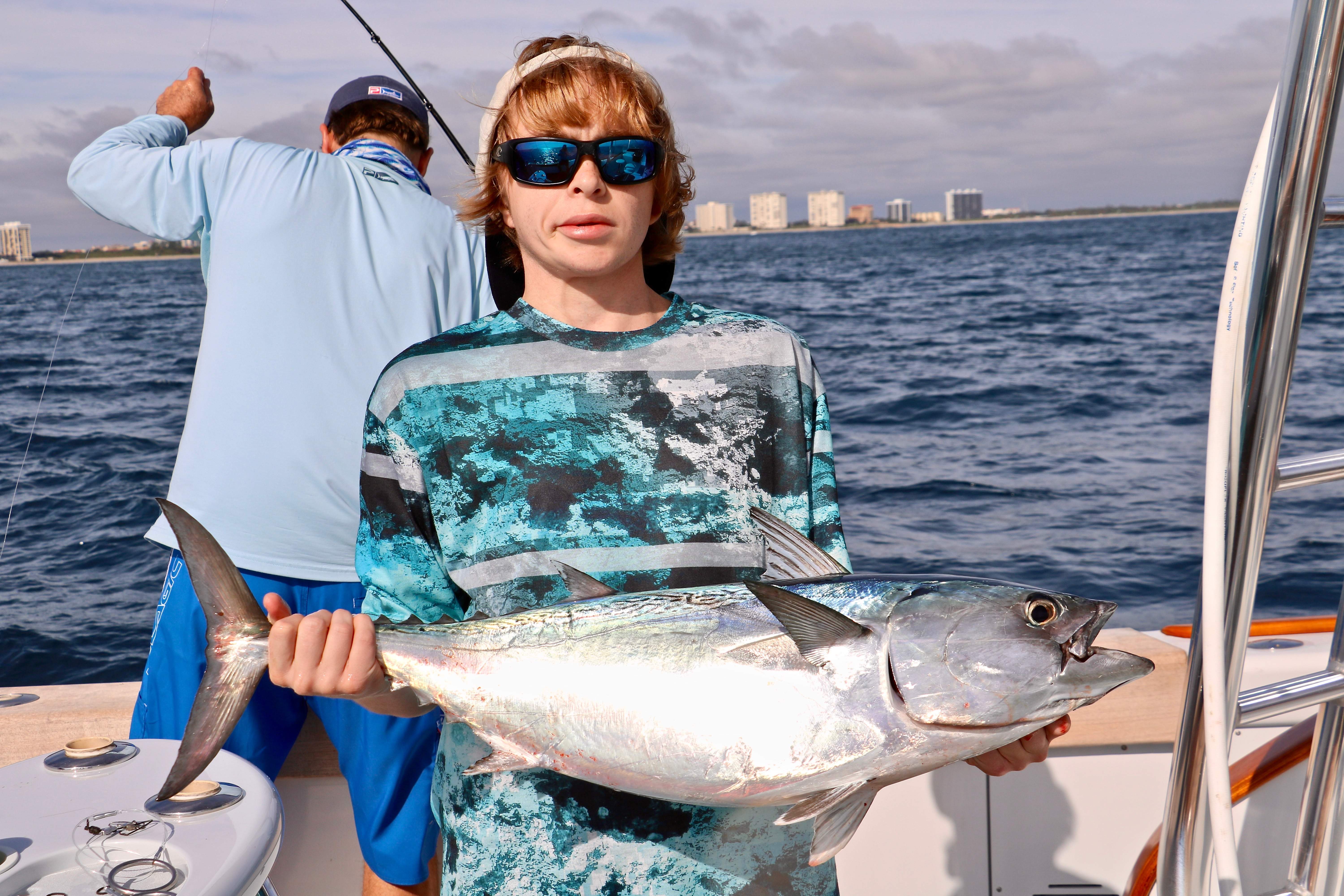 The highlight of the trip for Shiloh, however, was catching and releasing his first sailfish and first billfish of any kind. His fish put on quite a show very close to the boat and Yarbrough captured some great shots. Shiloh it turns out is quite the angler and was thrilled to feel the drag burning off his reel as his fish tore up the ocean with a series of incredible jumps. 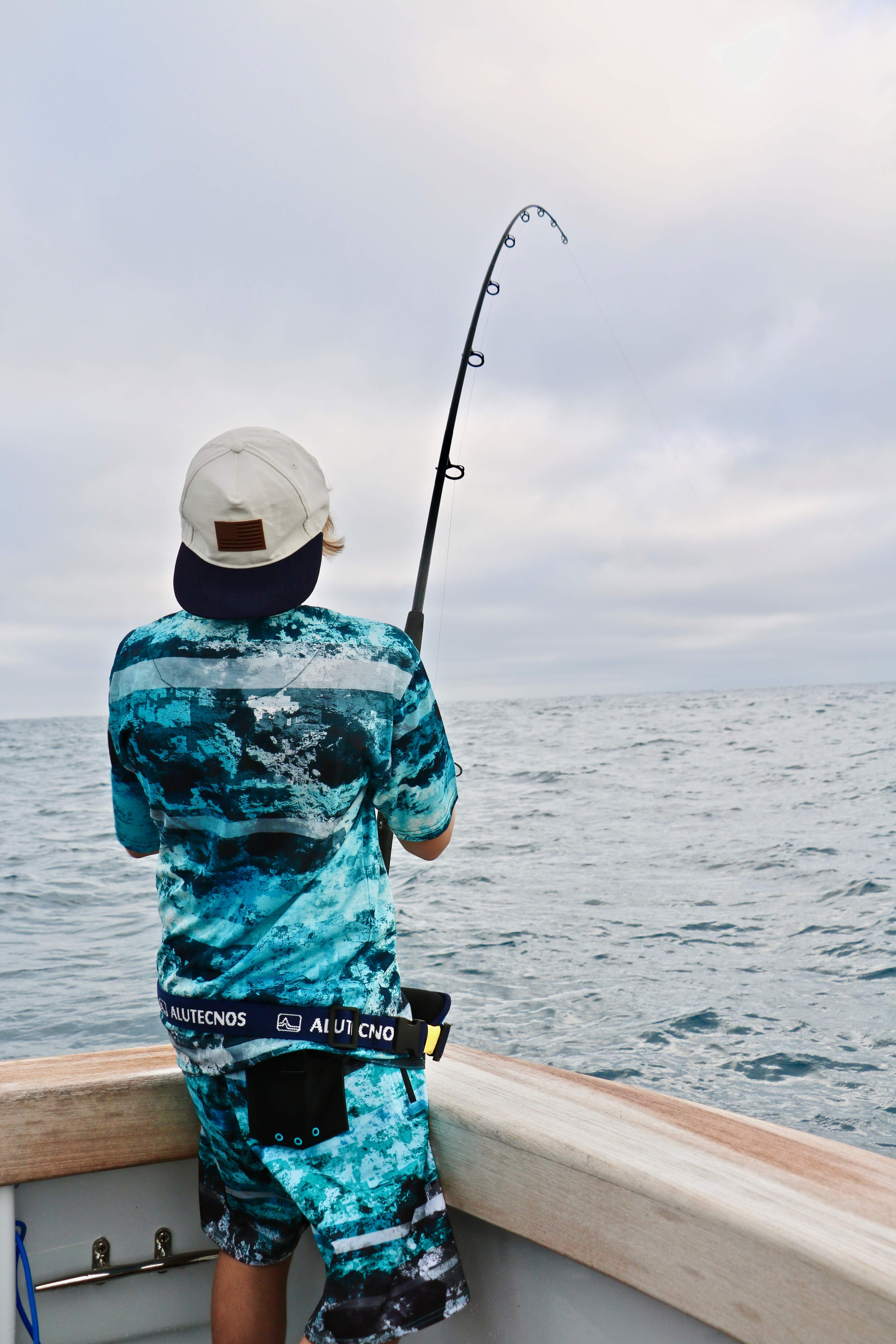 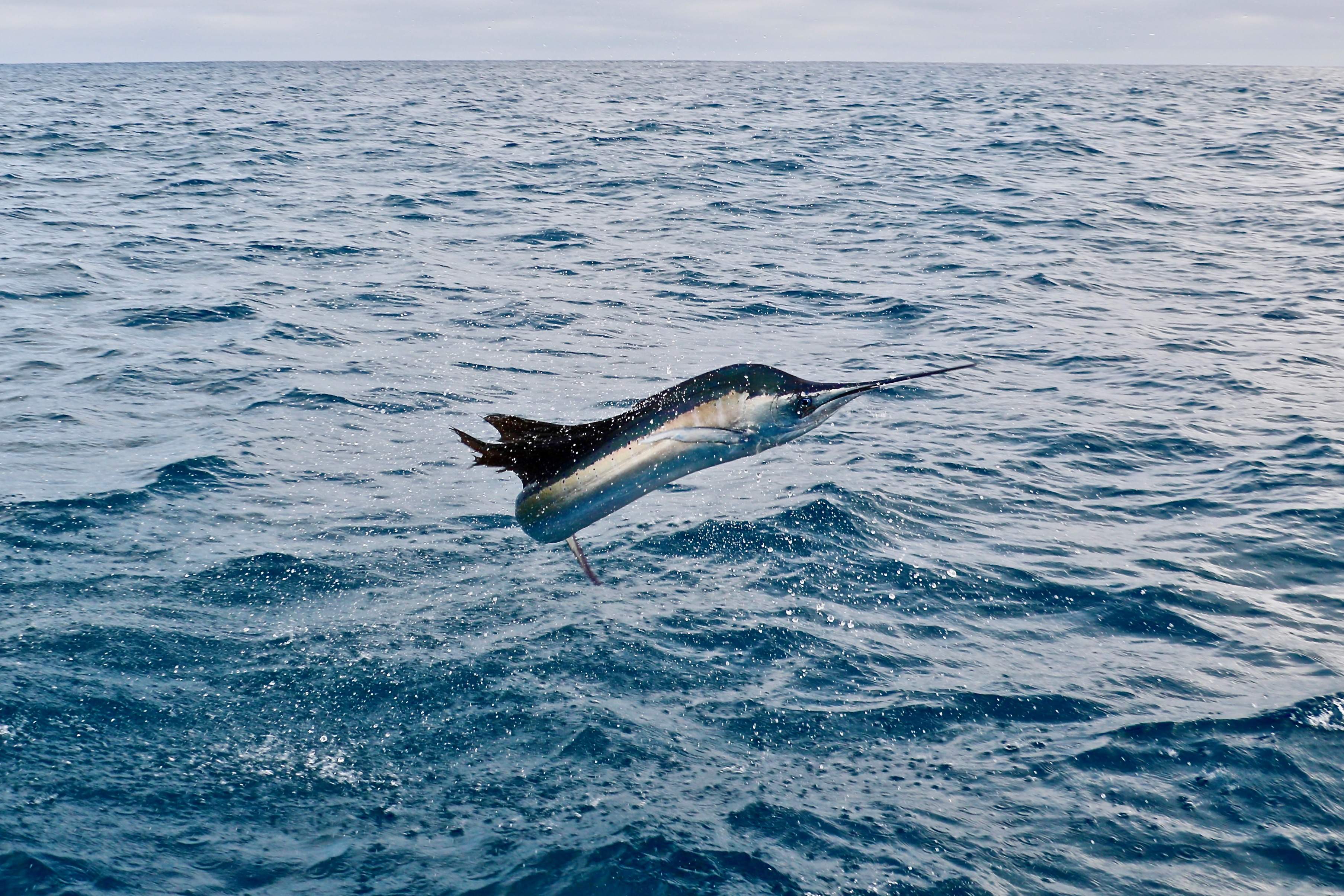 Using the skills he learned earlier in the day, Shiloh had the fish whipped and next to the boat for a clean release in under 15 minutes on 20-lb. test spinning gear. Congratulations Shiloh and welcome to the billfish club! 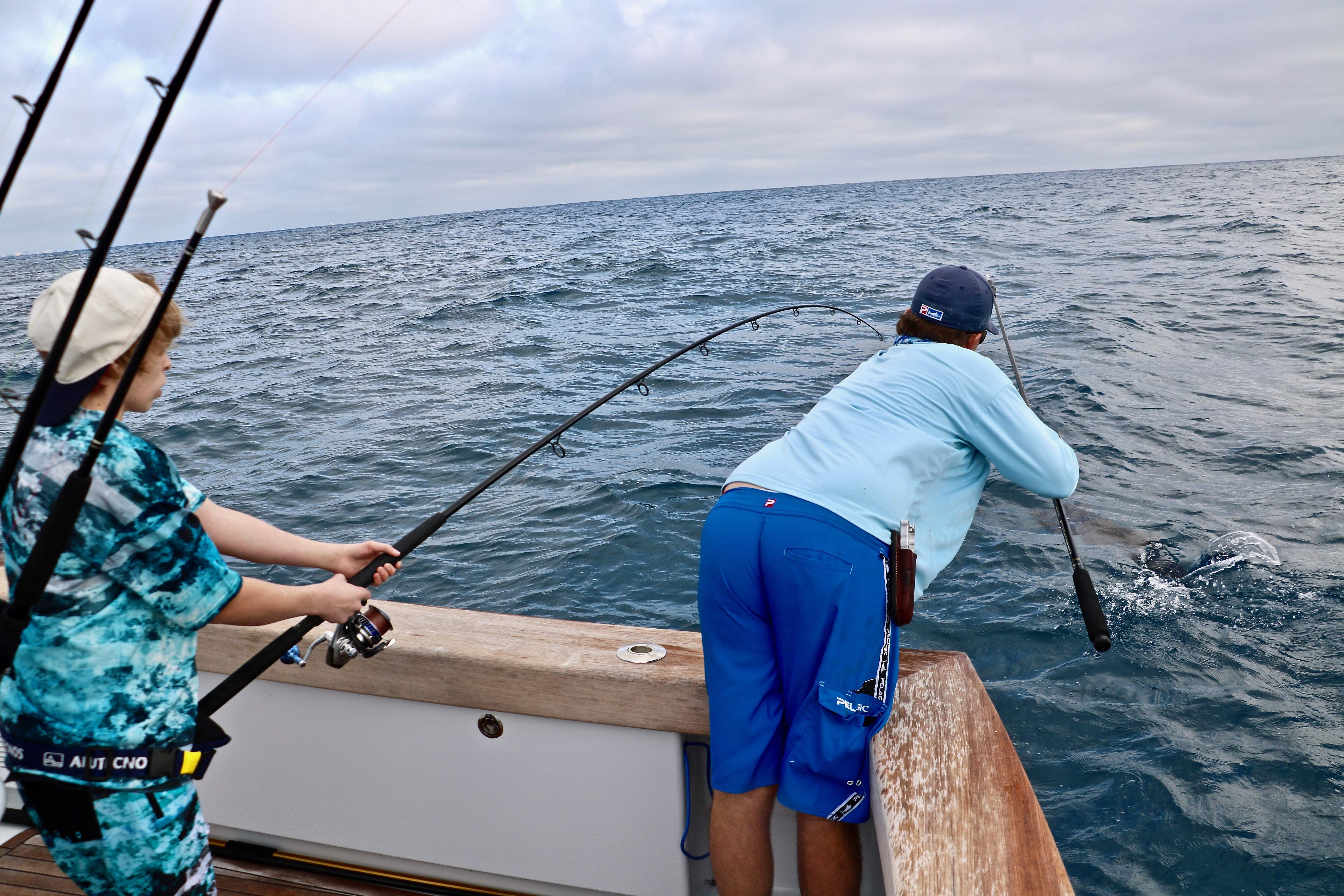 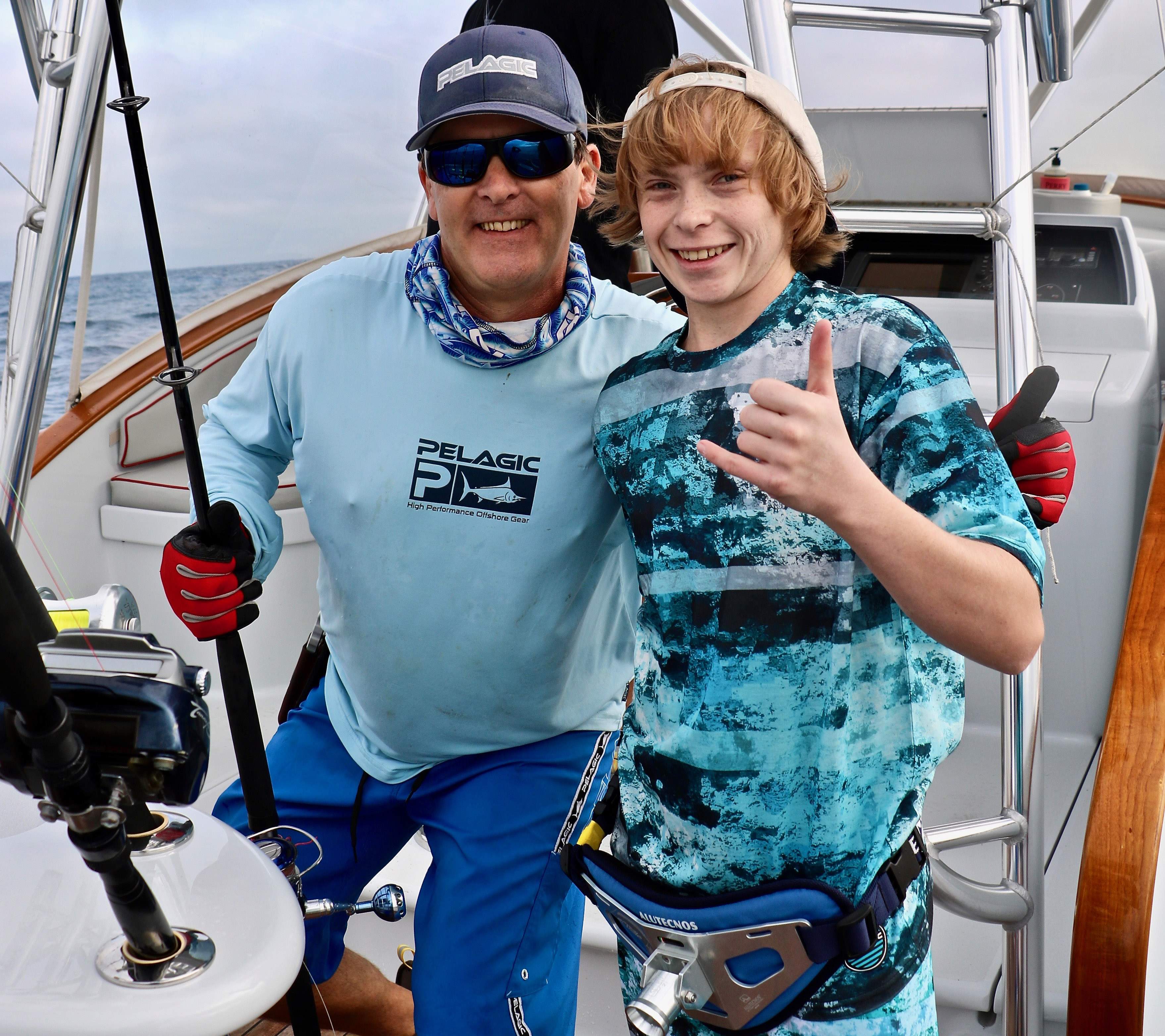 “Thank you all so much for all the great gear and for making this happen,” Shiloh said. “Fishing with you guy’s was an amazing experience. It feels so good to take that off my bucket list and catching my first sailfish. This is a day I will never forget!” 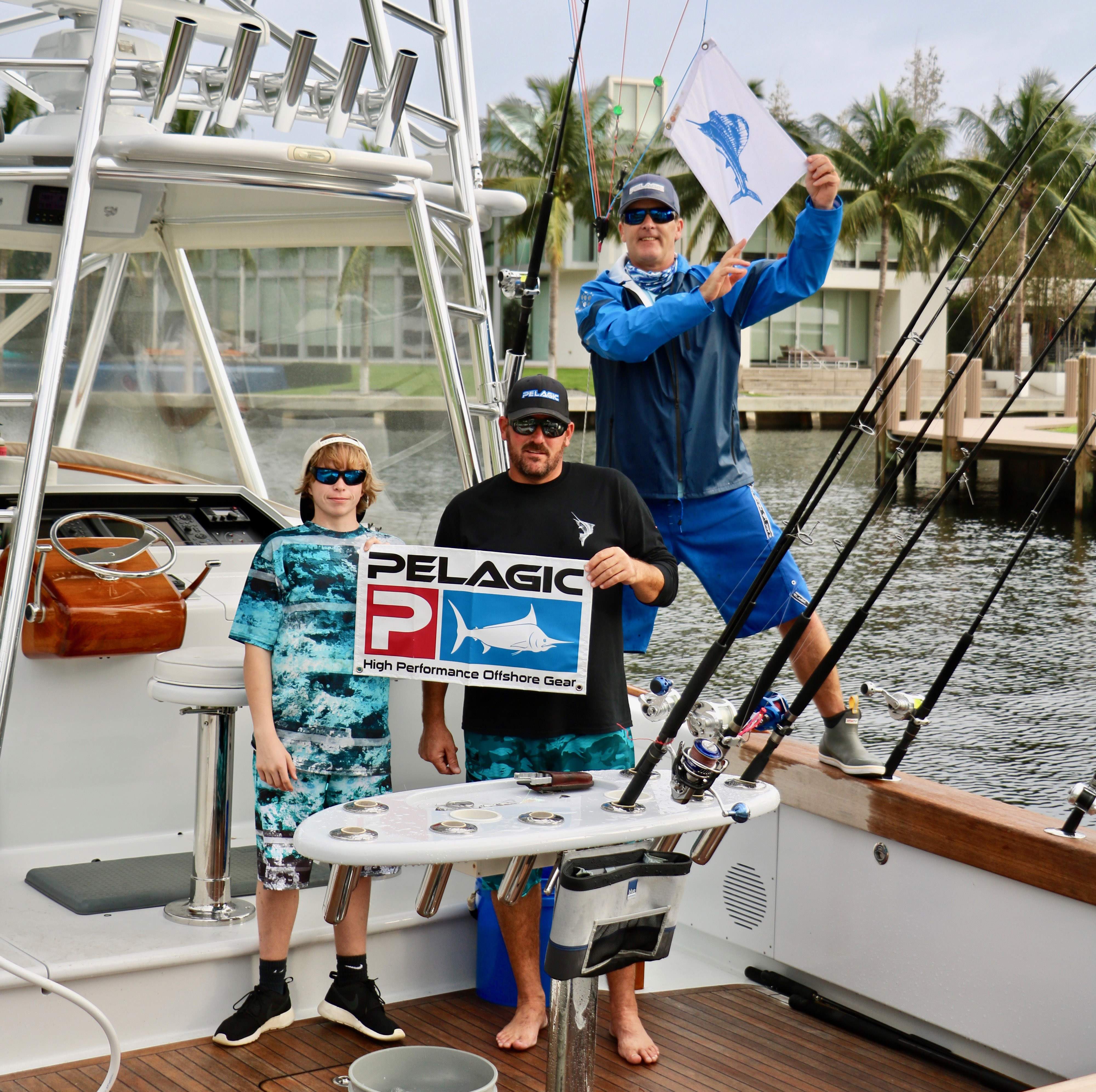