Fired Up for Tournament Season 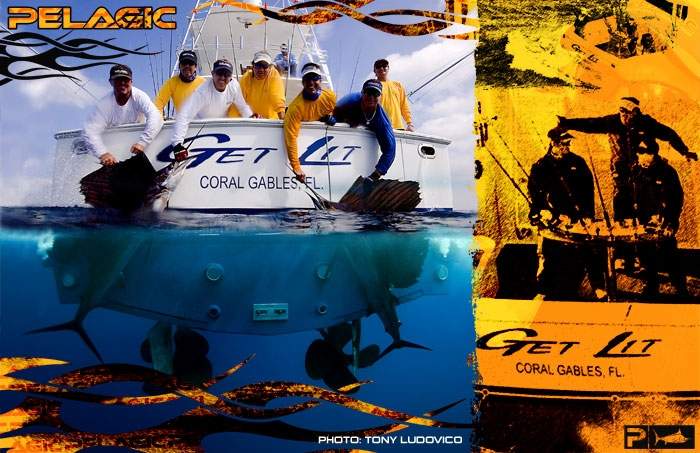 Congratulations to all the boys on the GET LIT!!!!!!!! 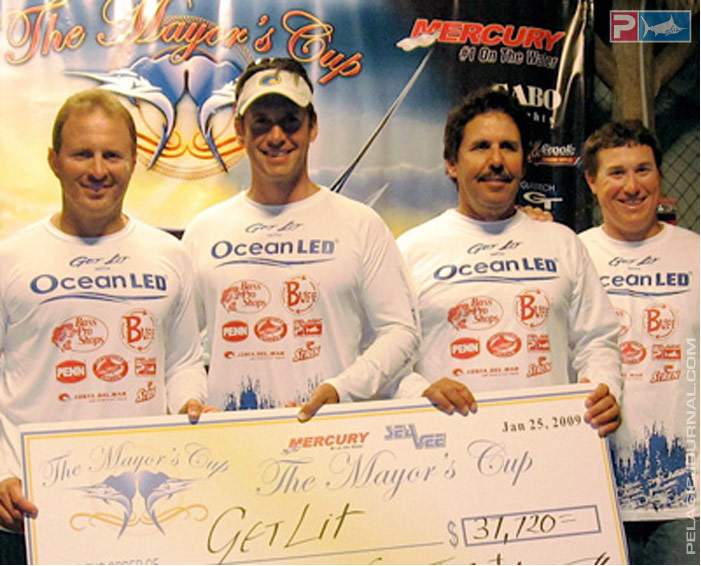 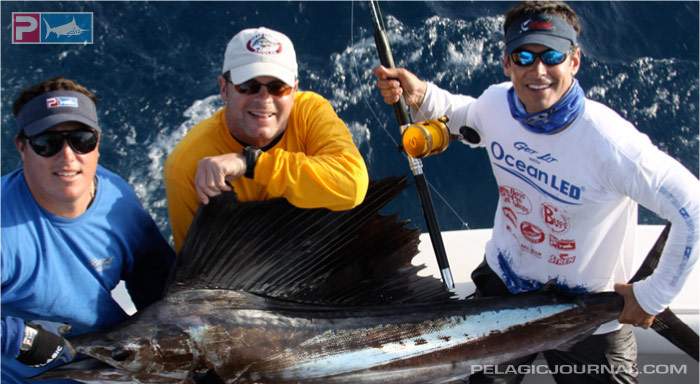 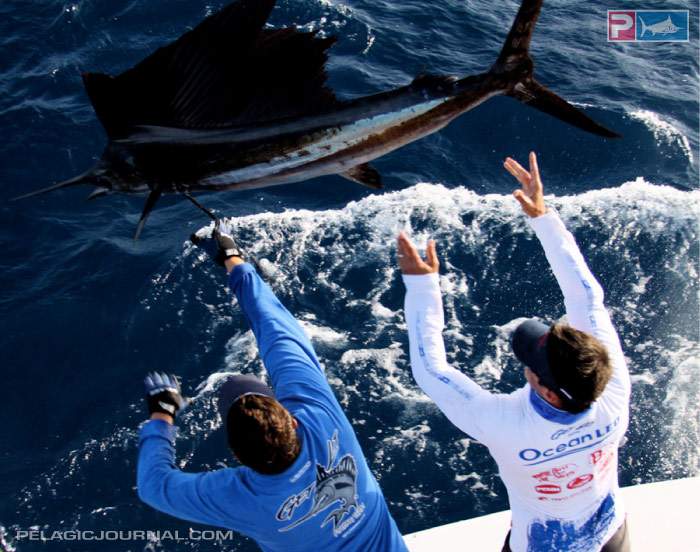 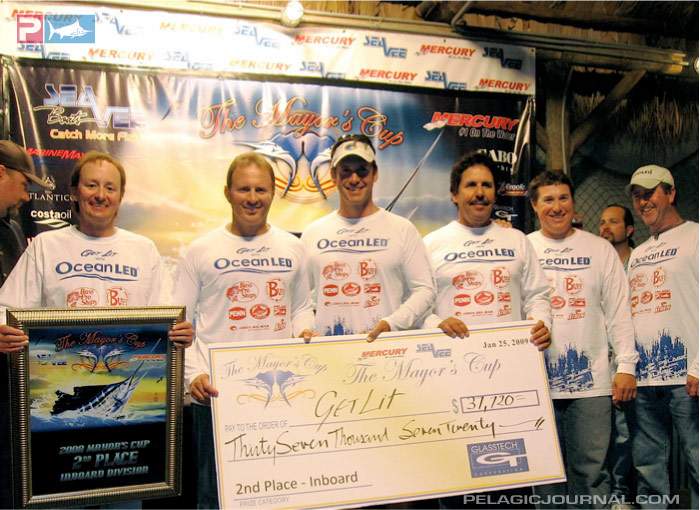 PELAGIC Pro Team Peter Miller and the crew of the Get Lit provide us with an awesome photo report as they enter the 2009 South Florida tournament season... Miller reports, "This year we are scheduled to compete in 18 different tournaments... and we are fired up and ready to go..." he added "We're just gonna go out there, fish hard, and have fun, because at the end of the day, thats what its all about." This year, Miller and his team are super-stoked because they will be participating in the inagural season of the all new "Florida Sailfish Cup" which is touted as one of the hottest new televised tournament series...

Below: Miami is known for its great weather and beautiful beaches, but it also boasts some of the best fishing spots in the USA. 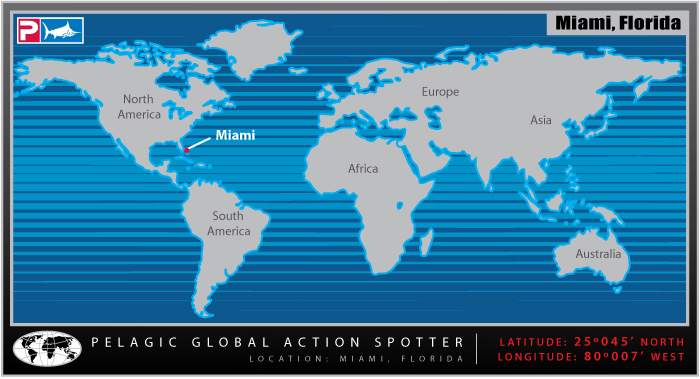 Below: Its no "center console" but the Get Lit can get up and move when it needs to. 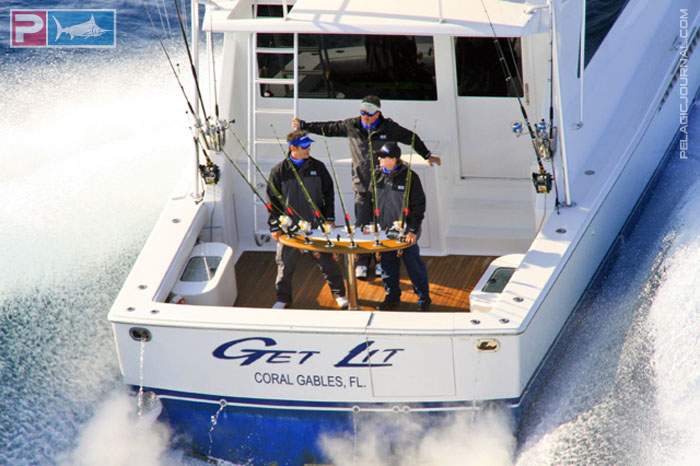 Below: Peter Miller (left) and Froggy hold up a nice Mahi.

Below: PELAGIC Pro Team in action. 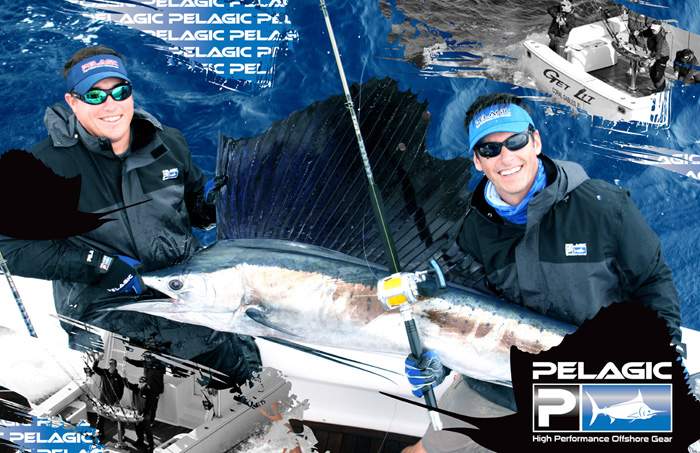 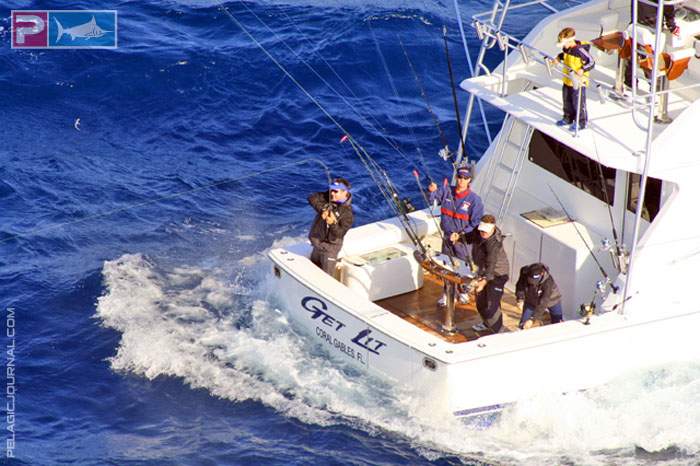 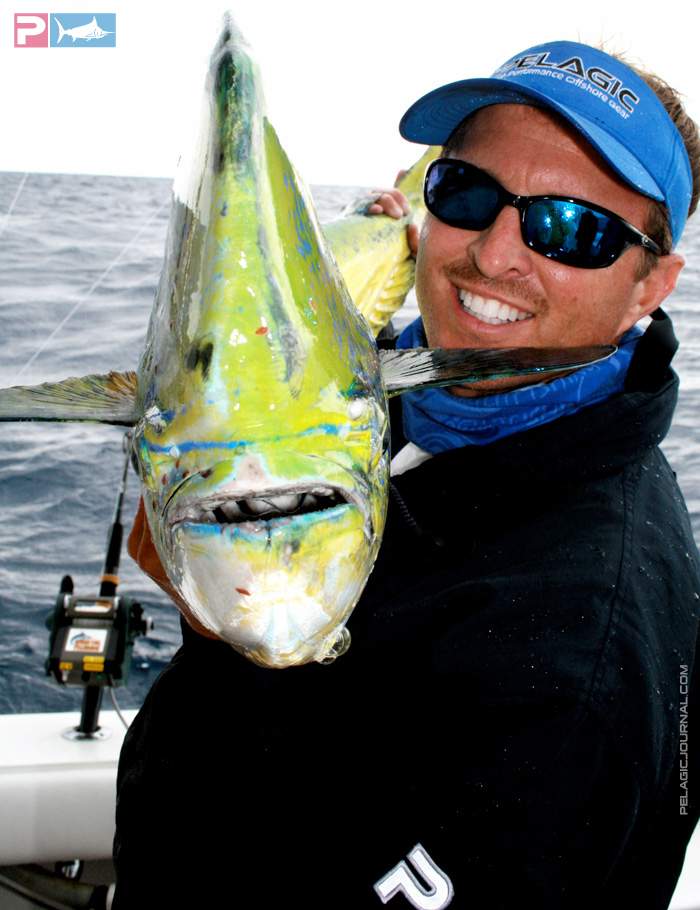 See ya in the winners circle boyz...