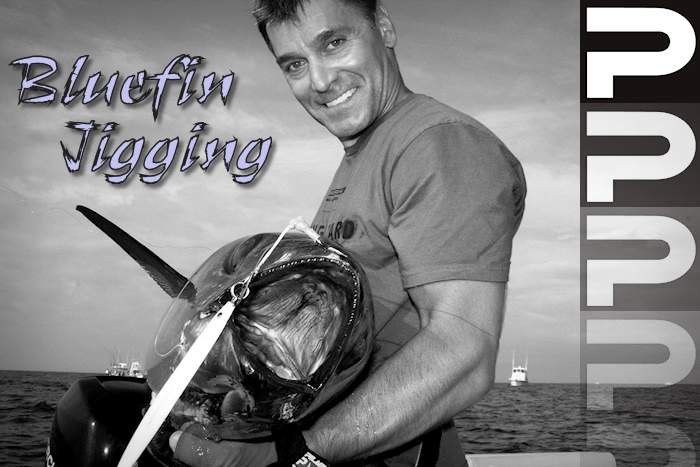 Jigging for Bluefin on the East Coast !

The Atlantic comes to life in the summer along New Jersey's coast. Boats voyage out, sometimes in dangerous waters, to seek the highly prized Bluefin Tuna. For Dave Shunke and the crew aboard the "Insufishentfunds", it is about the chase and the battle. These guys have explored the jigging experience for Bluefin Tuna. With today's technology, this recently utilized method of fishing has grown to great limits. Rods have become stronger and lighter... line has become thinner in diameter... and reels have become faster. Put the recipe together and you have a way to fish that has proven to be very successful.

Below: Cool waters come to life off the coast of New Jersey bringing in the great Bluefin Tuna..

Insufishentfunds is based out of Manasquan, New Jersey. Their tournament team is true force along the Atlantic and has been featured on both Discovery Channel and Versus TV. This summer Dave Shunke and his team have on several accounts taken the journey far offshore to seekout the thrills of Jigging up Bluefin Tuna. Their newest boat, a 39' Venture with trip 275's, can rocket out to the fish in no time.

On a fantastic trip in early August, the crew makes it out to get into some hardcore Tuna action!

Below: Finding the fish is challenging, but can be very rewarding in the rougher seas 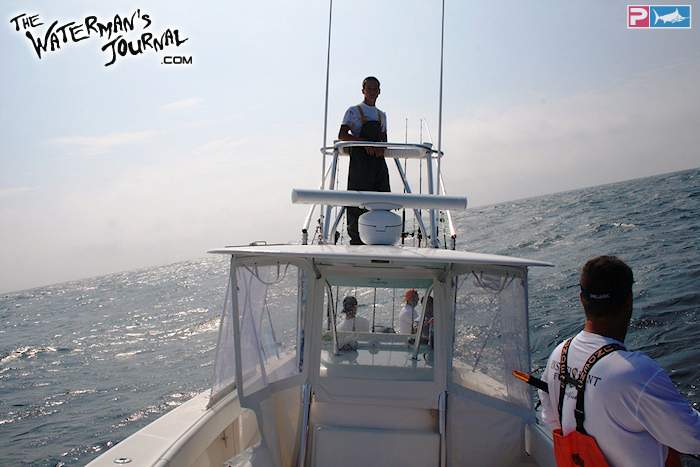 Anglers have been jigging for years. However, due to new technological breakthroughs, the advantage now goes to the angler. Targetting larger species is now a feasible idea and conquering these fish on this lighter tackle is quite satisfying. Bluefin Tuna has only been recently explored in the jigging world and is taking off like a wildfire.

Below: A Bluefin is brought up to the boat and released. 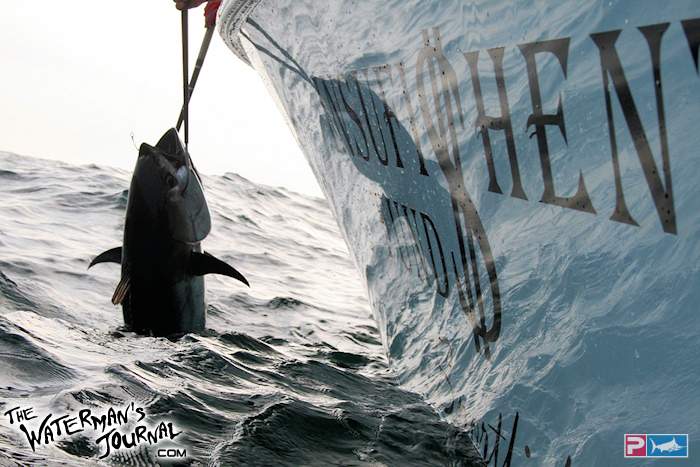 On this incredible day, the crew would go 20 for 26 on Bluefin.

Below: Another sexy Bluefin falls prey to the jig.

Tuna use their mass and their strength to their advantage. Fights can last a couple minutes or over an hour depending on the particular fish. These boys commonly get Bluefin up to 80lbs on the jig, and larger are present. It takes a lot of endurance to jig up this hydrodynamic torpedos

Below: Playing the waiting game at the boat 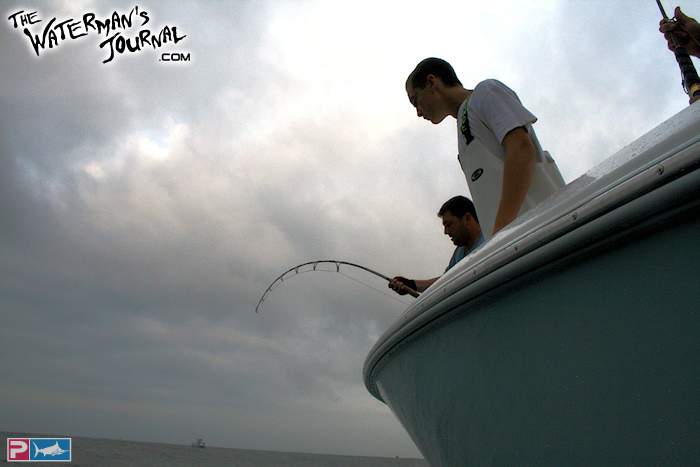 There are a variety of Jigs on the market.Often, jigs that mimic the bait present are often the ones that produce the best. Leave it up to the action of the jig itself to do the rest!

Below: Bluefin Tuna on a Jig... simply awesome! 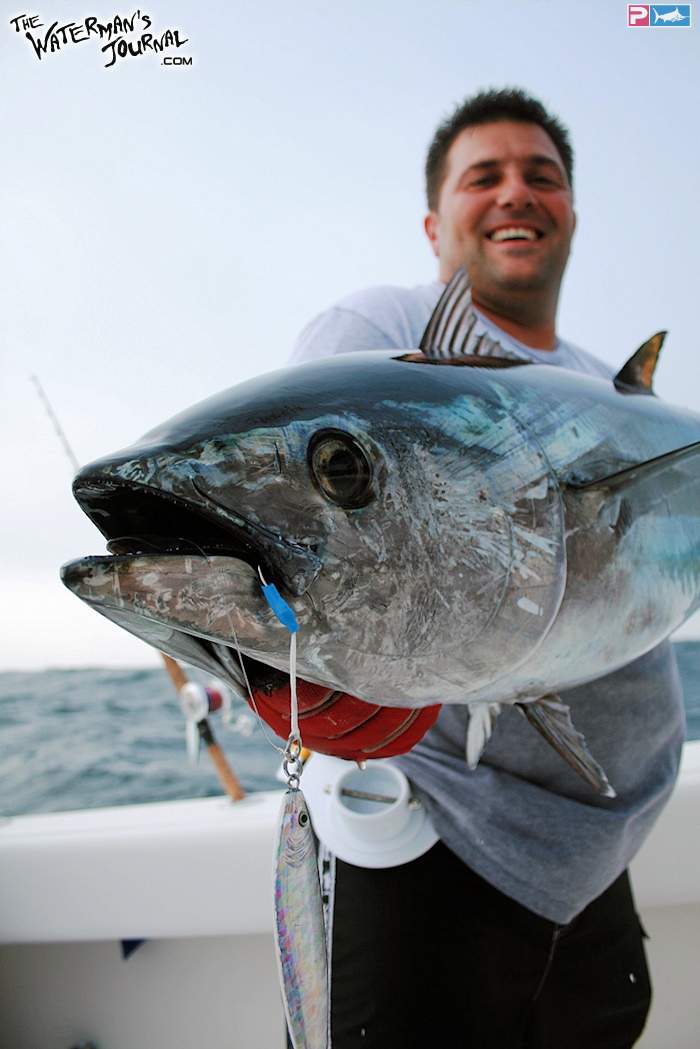 Handling Bluefin Tuna with care is essential. The crew does not want to harm the fish that are going to be released. If handled properly, and angler can get a killer photo with their prize fairly quickly before a release.

Below: Landing and releasing a Bluefin alongside the boat can be a wet job.

Rain or shine, if the fish are feeding, you will have a great chance in hooking up.

Below: Another beautiful Bluefin poses before the release. 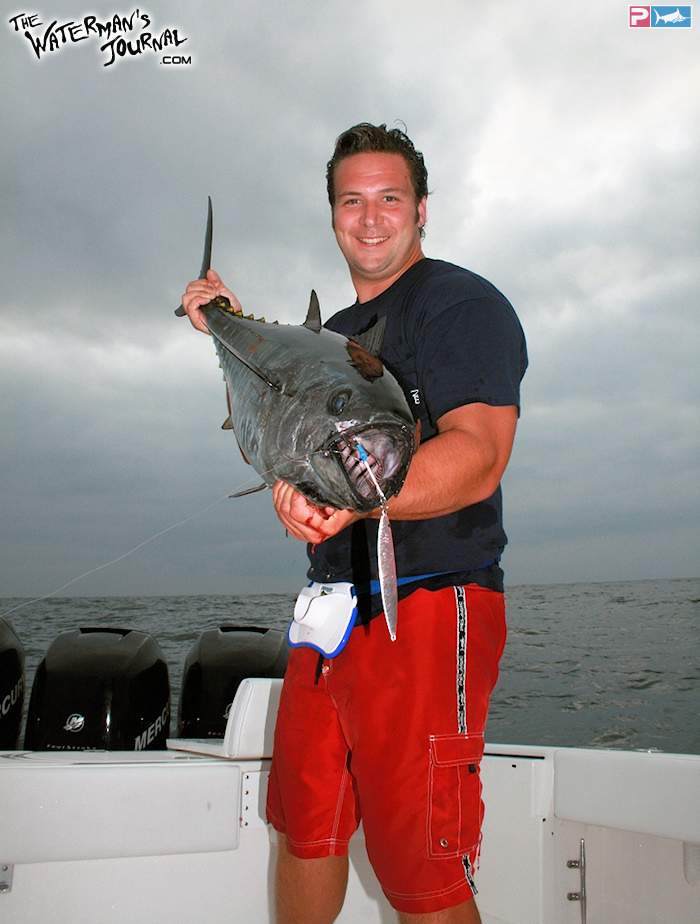 Activity can be consistent and relentless all day. Often there are double or triple hook-ups and takes teamwork to maneuver around each other.

Below: A couple awesome Bluefin get decked on this double hook-up! 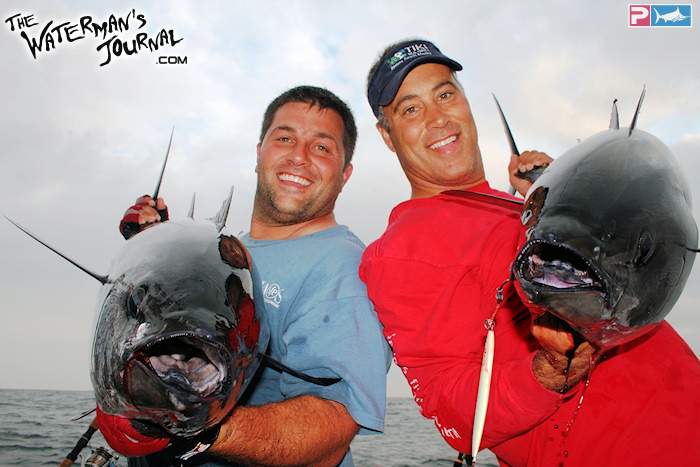 Thanks to the crew of the Insufishentfunds for sharing with The Waterman's Journal a few great pics from their recent adventure!

Check back with the Waterman's Journal for more Killer Tuna Reports from Around the World.

For more information about ****Insufishentfunds and the Tuna fishery off New Jersey , click the banner below