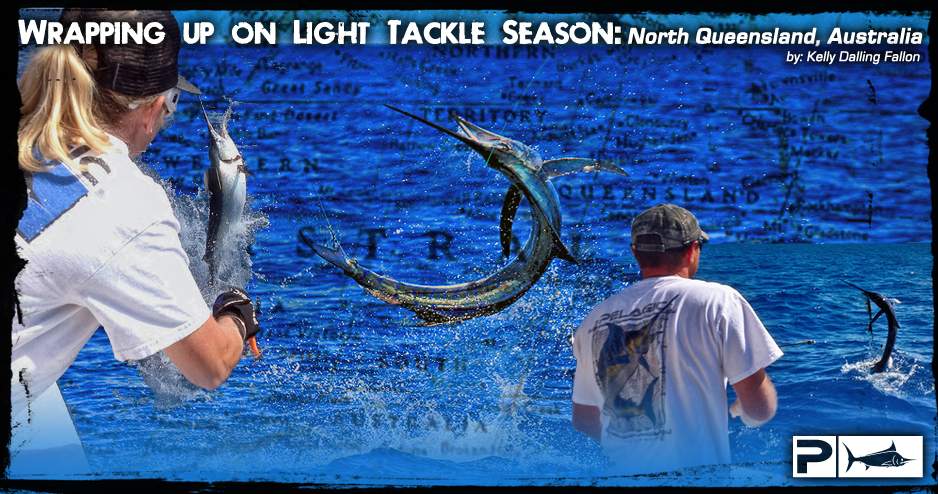 The 2013 light tackle season in North Queensland is wrapping up once again as crews begin to switch their focus from the juvenile black marlin to the bigger fish.

Below: Juvenile Black Marlin is the name of the game in North Queensland from June through August (photo: Kelly Dalling Fallon) // Usually behind the camera, Kelly takes to the leader on this juvie marlin. 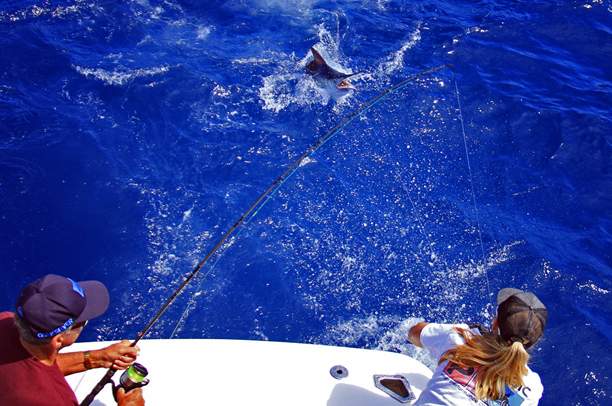 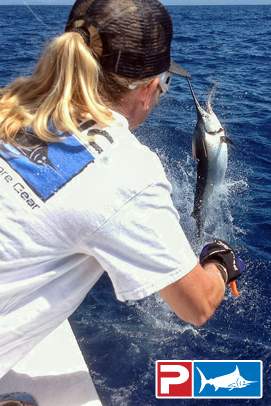 Although there is no direct correlation between the numbers of smaller blacks to the number of mature fish that show up along the reef edge from later this month (if anything it is the other way around with many of these juveniles being first year marlin and the product of last season's giant black marlin) it is a great "warm up" for the season ahead. And these fish are just great fun on the light tackle giving everyone on board an aerial display with their speed and agility! They are also great starter fish for novice anglers, and another generation of juniors have also been amongst anglers notching up their first billfish - now hooked for life!

Below: Like their much larger parents, these juvenile black marlin put on quite the aerial show // Pelagic Pro Team Captain Luke Fallon enjoys the fight on light tackle. (photos: Kelly Dalling Fallon) 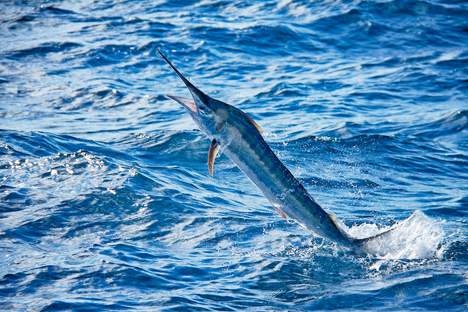 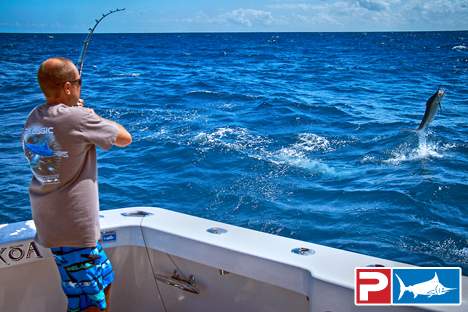 The baby black marlin and sailfish return to the region each year on their migration south, gorging on the giant bait schools that congregate off Townsville's Cape Bowling Green and the inshore reefs off Cairns.

Pelagic Pro Team Captain Luke Fallon's KEKOA has enjoyed another great light tackle season off both Townsville and Cairns, and as always, Kelly has been busy snapping photos of the action including these posted here.

Below: A Pacific Sailfish takes flight in front of the lens of Kelly Dalling Fallon and all aboard KEKOA .

On one particular crew only pre-tournament scouting trip, Capt. Luke even showed that he's still got it on the rod and reel himself once everyone else on board had caught their fill, catching his first black marlin in several years as an angler! The focus soon shifts to heavy tackle and the potential for "grander" black marlin...

Check out _KEKOA _on the web, or book an Australian fishing trip of a lifetime by visiting: ****