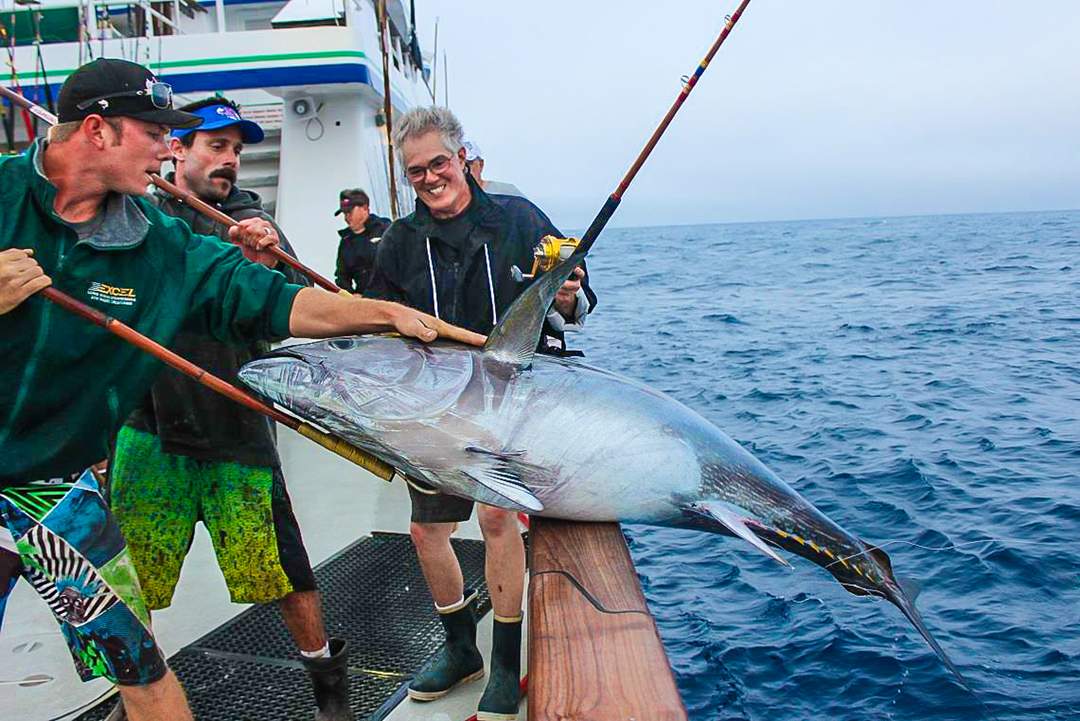 [ Above : The guys on long range fishing vessel Excel get the job done on a large, west coast bluefin]

History in the making… What started back in April as an incredible bite on bluefin tuna in the 60-90 pound range, has simply exploded into what one can only describe as the best fishing that anyone on the west coast has seen in their lifetimes. 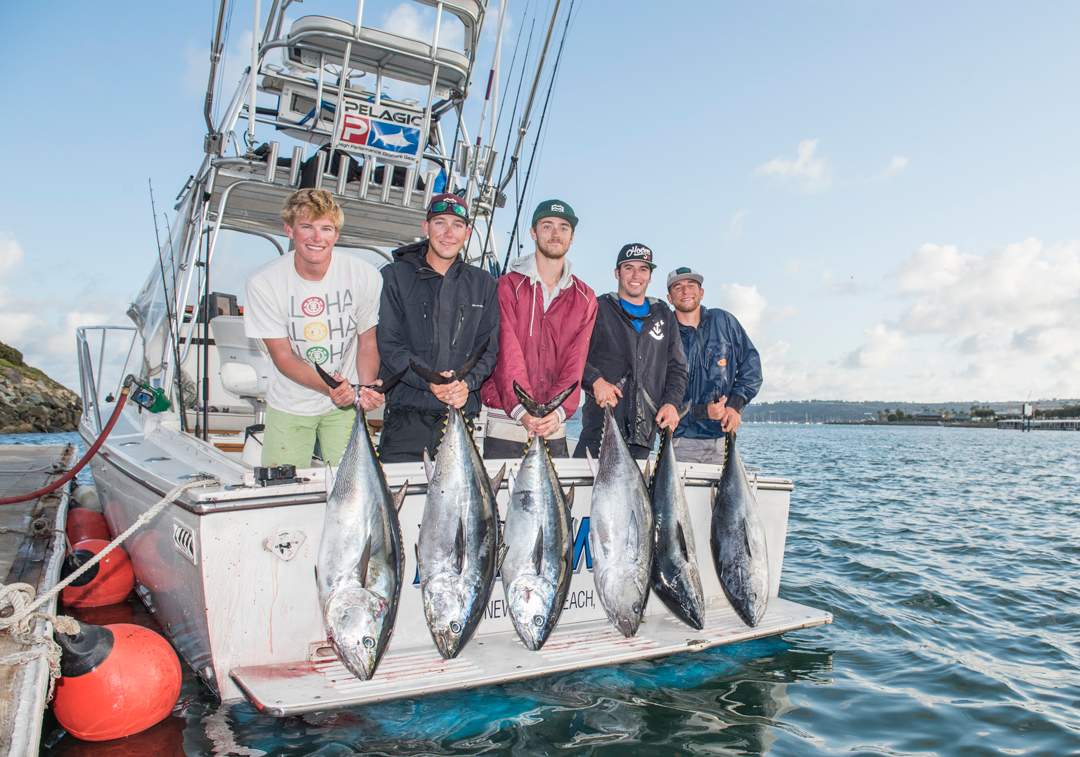 While the “schoolie” fish are still around in great numbers, the local Southern California fleet has honed in on a widespread patch of XXL tuna that is giving left-coasters an extreme case of “Bluefin Fever”. Fish weighing well-over the 200-pound “cow”-class mark are showing up on social media feeds each day, reminding us all of the historical Zane Grey days from a century past at the Avalon Tuna Club, Catalina Island. 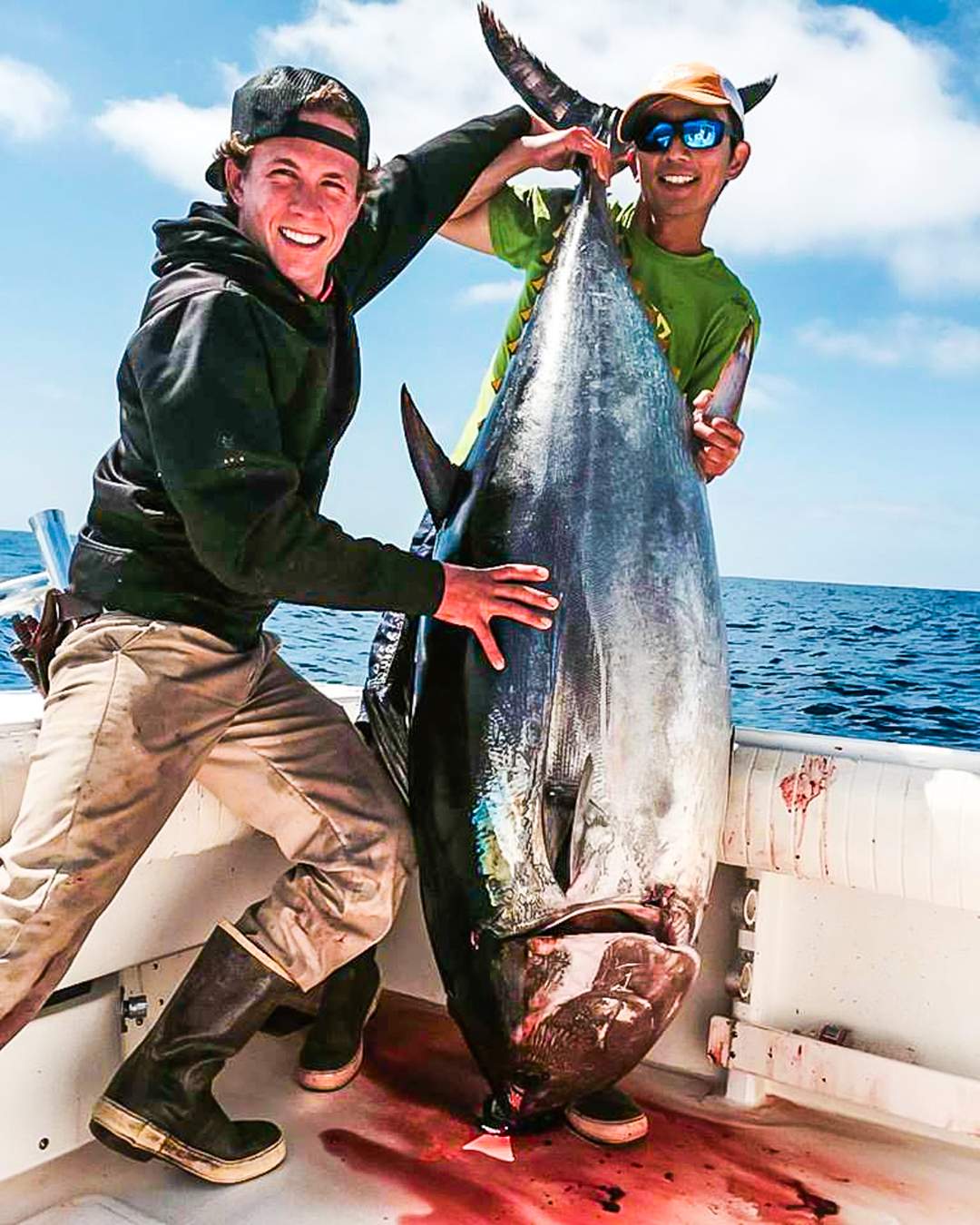 One item to note: the water structure is abnormally warm off the Southern California bight, with the prolonged El Niño event bringing near 80-degree patches off the coast. Normally a species preferring cooler water, we can only presume that the Bluefin are sticking around to gorge on the mass volume of Pacific anchovy and pelagic red crab teaming offshore. 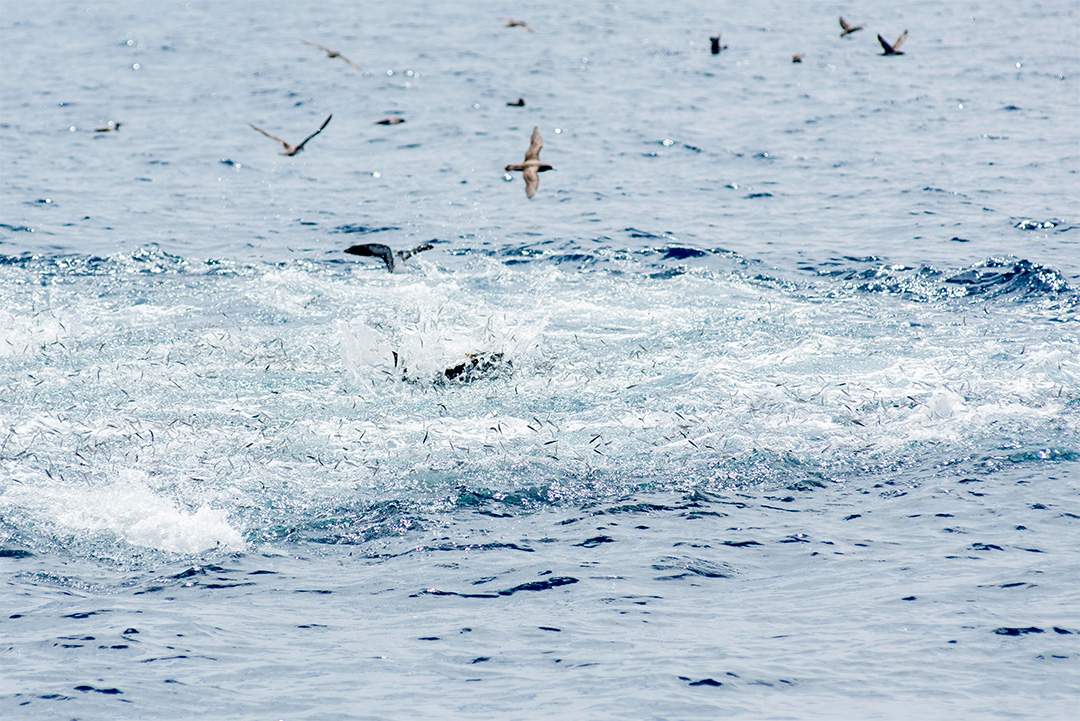 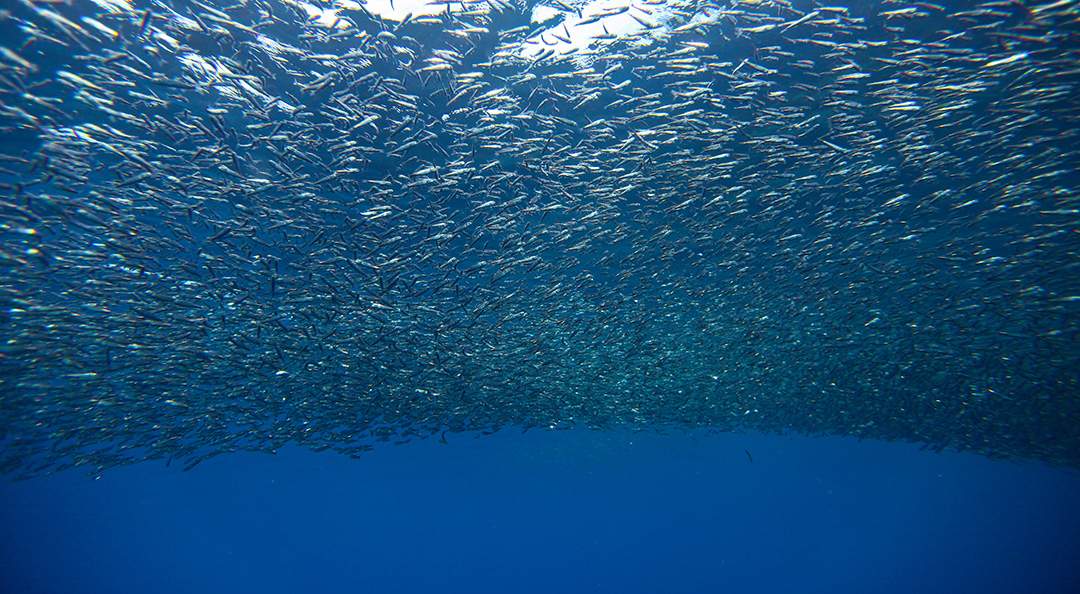 And while we hope the Bluefin stick around for a while longer, we are preparing for the return (fingers crossed) of the blue marlin and wahoo flux that we saw in CA state waters last year – see “related stories” below from 2015’s epic El Niño event.

[ Below : Wahoo and blue marlin stole the show during CA's incredible 2015 offshore season] 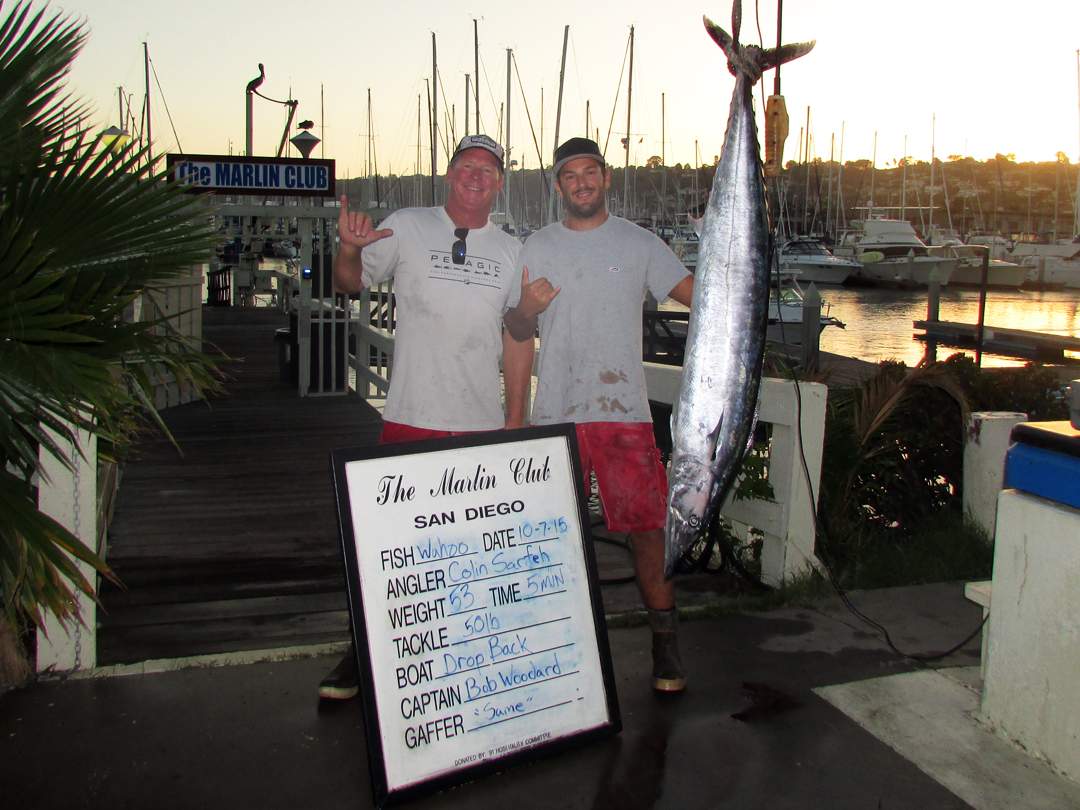 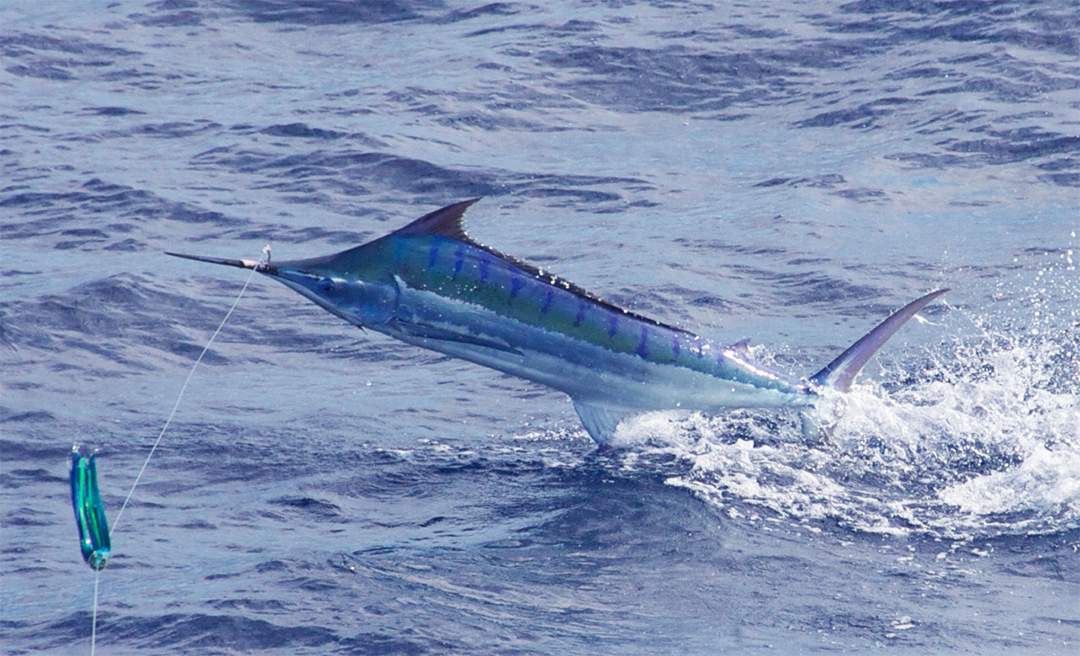 Time will tell if 2016 will be labeled as “The Year of the Bluefin”, or if some other rarity will show its face as the season continues to ask the question: “Bluefin Who?”

[ Below : One for the memory bank for the passengers and crew aboard Pacific Queen ] 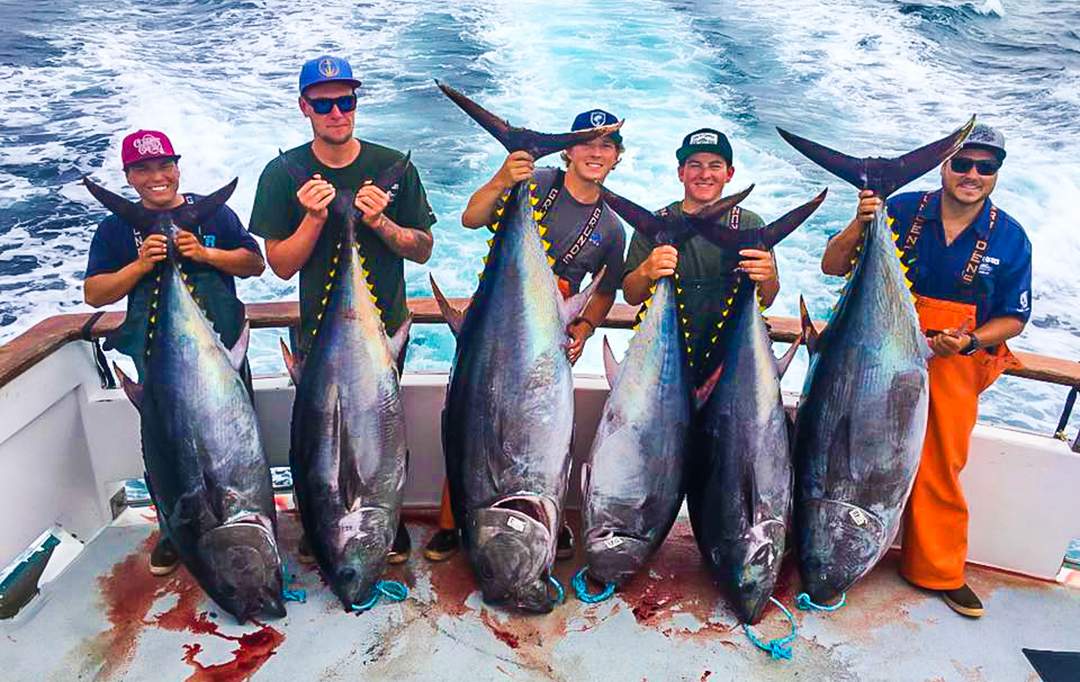 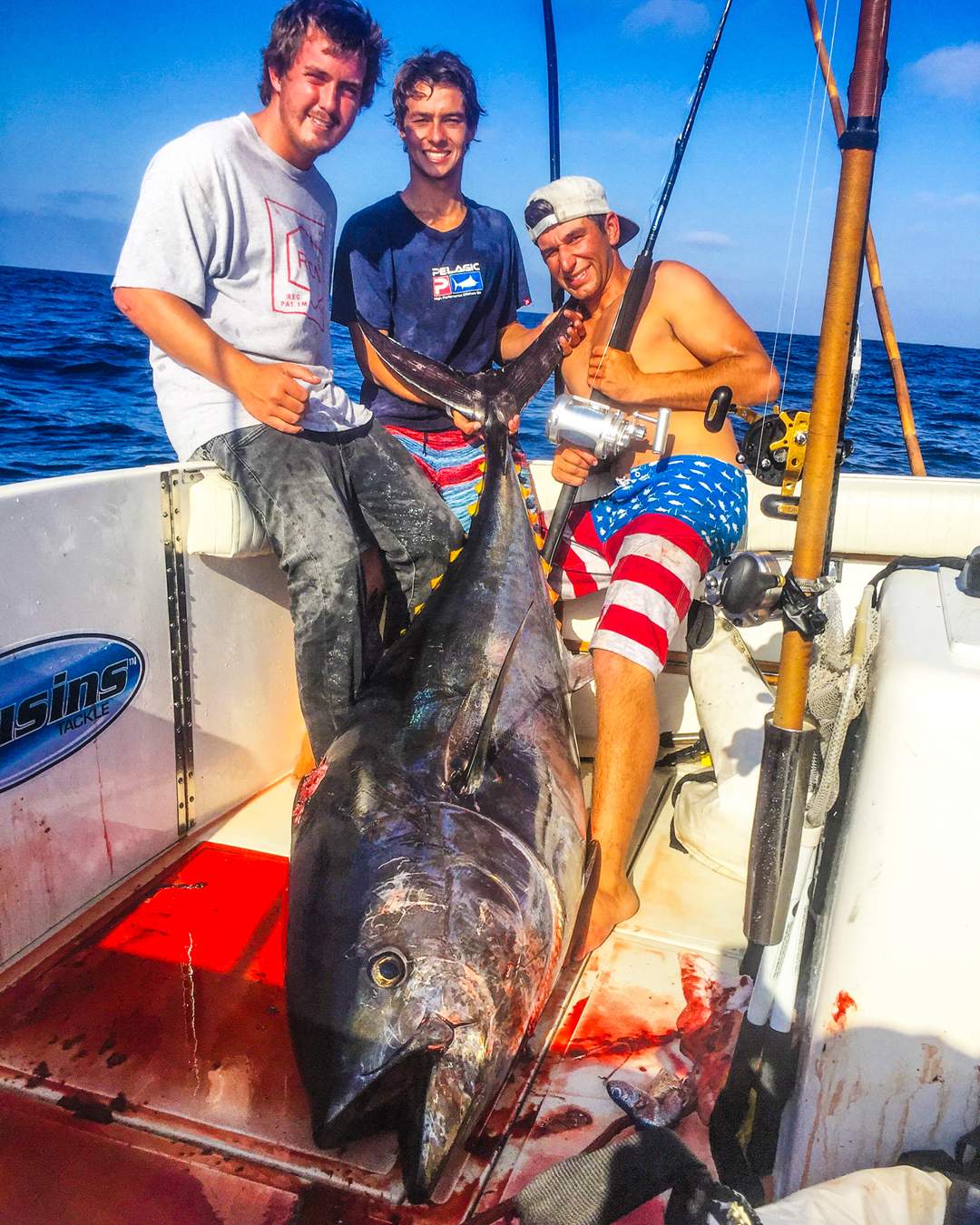 [ Below : PELAGIC employee, Jaik Ballback (second from right), joins the "cow" club with a 210-pound bluefin caught with Evan Salvay aboard Hawk ] 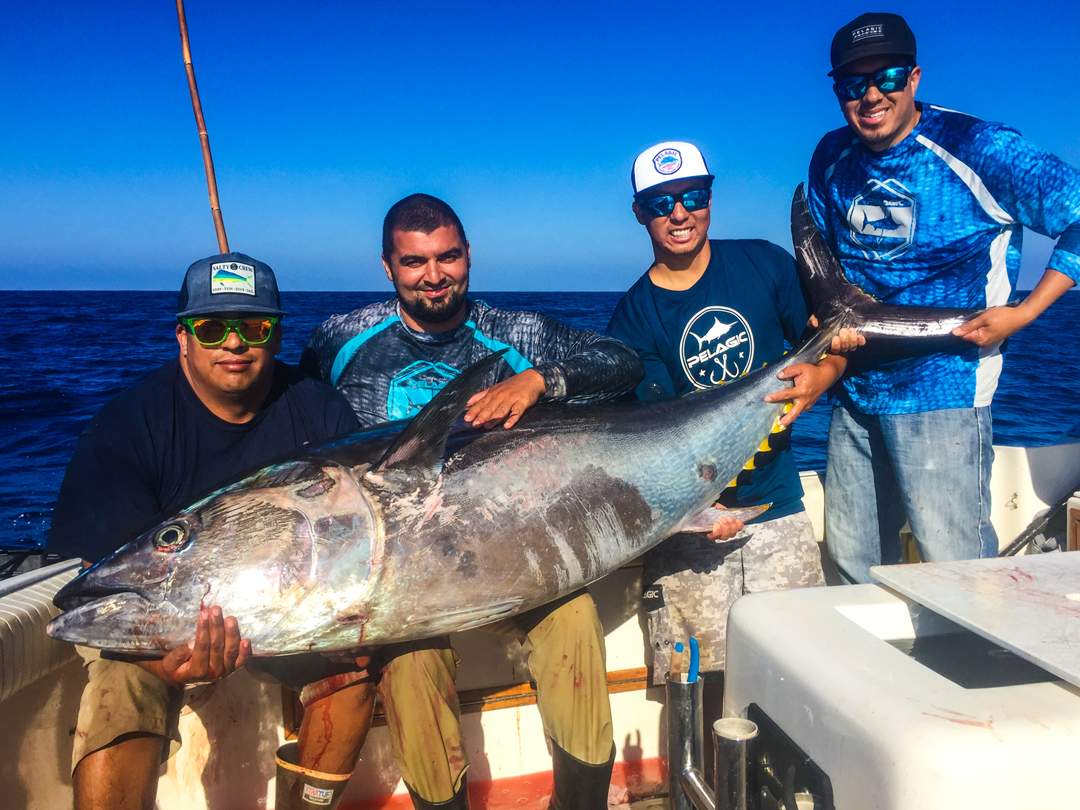 [ Below : Team PELAGIC's Bob Woodard gets in on the action with a 230-pounder caught while fishing the kite] 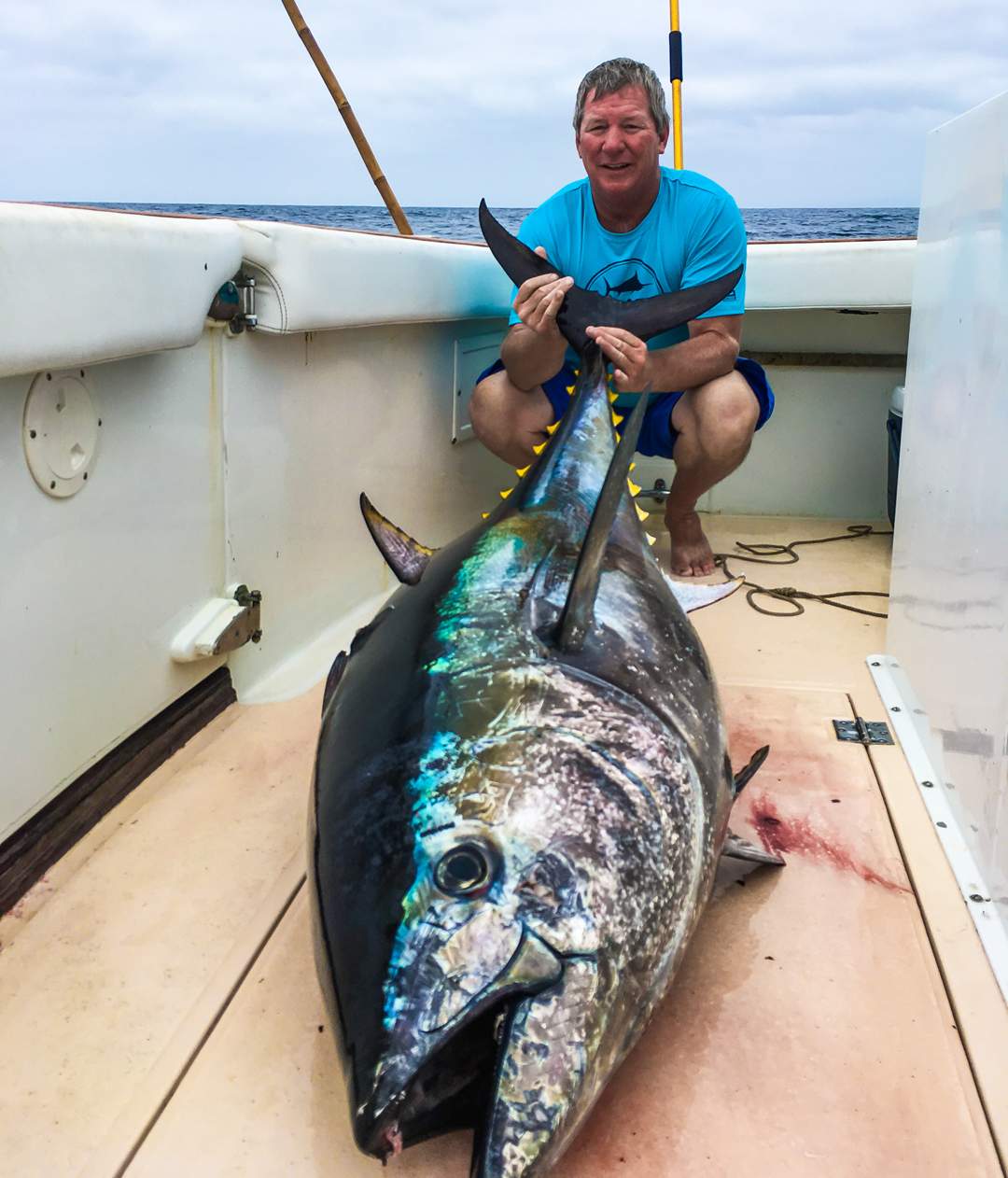 [ Below : Adam Cargill finds a good one off the coast of San Diego, CA] 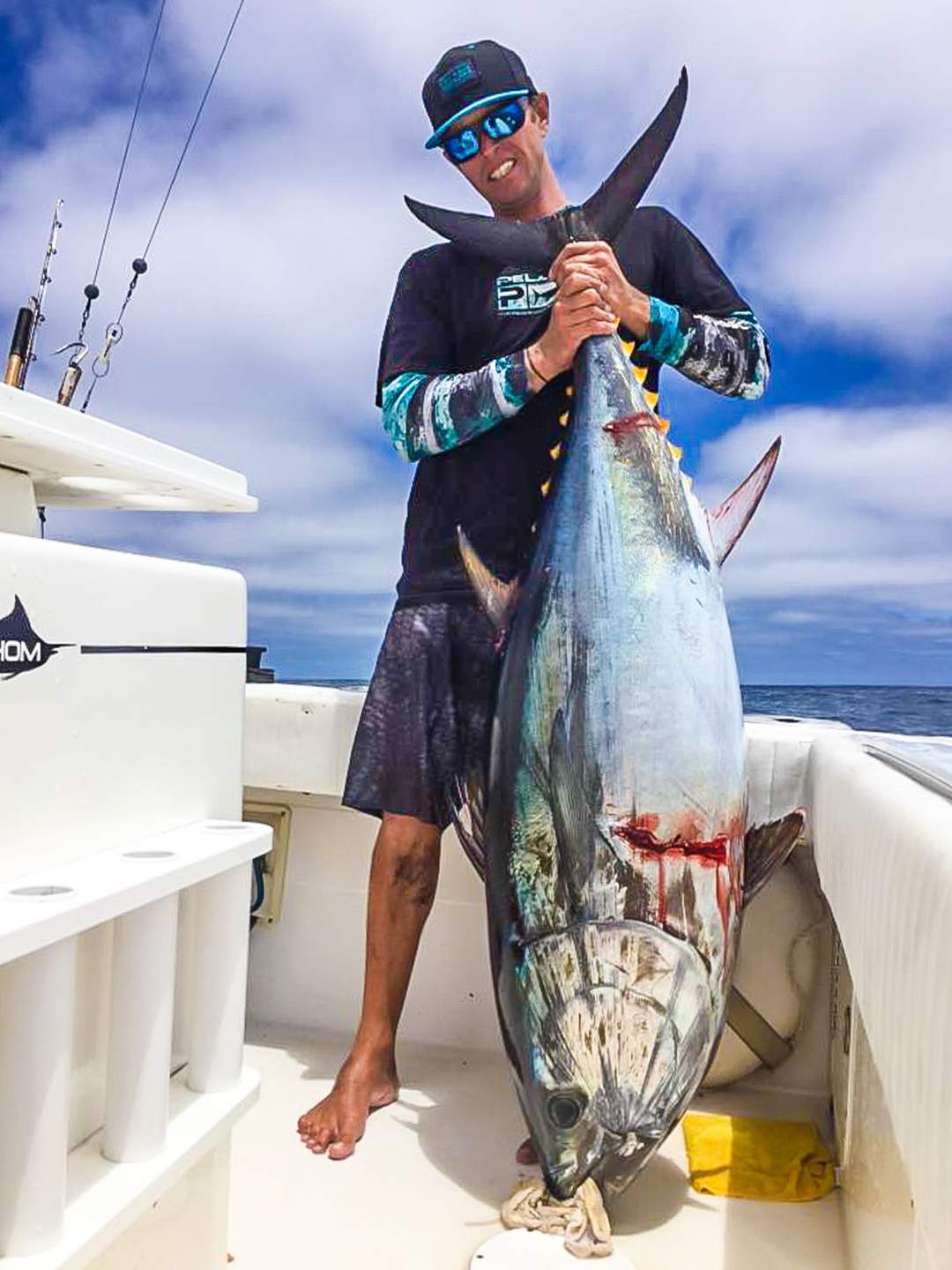 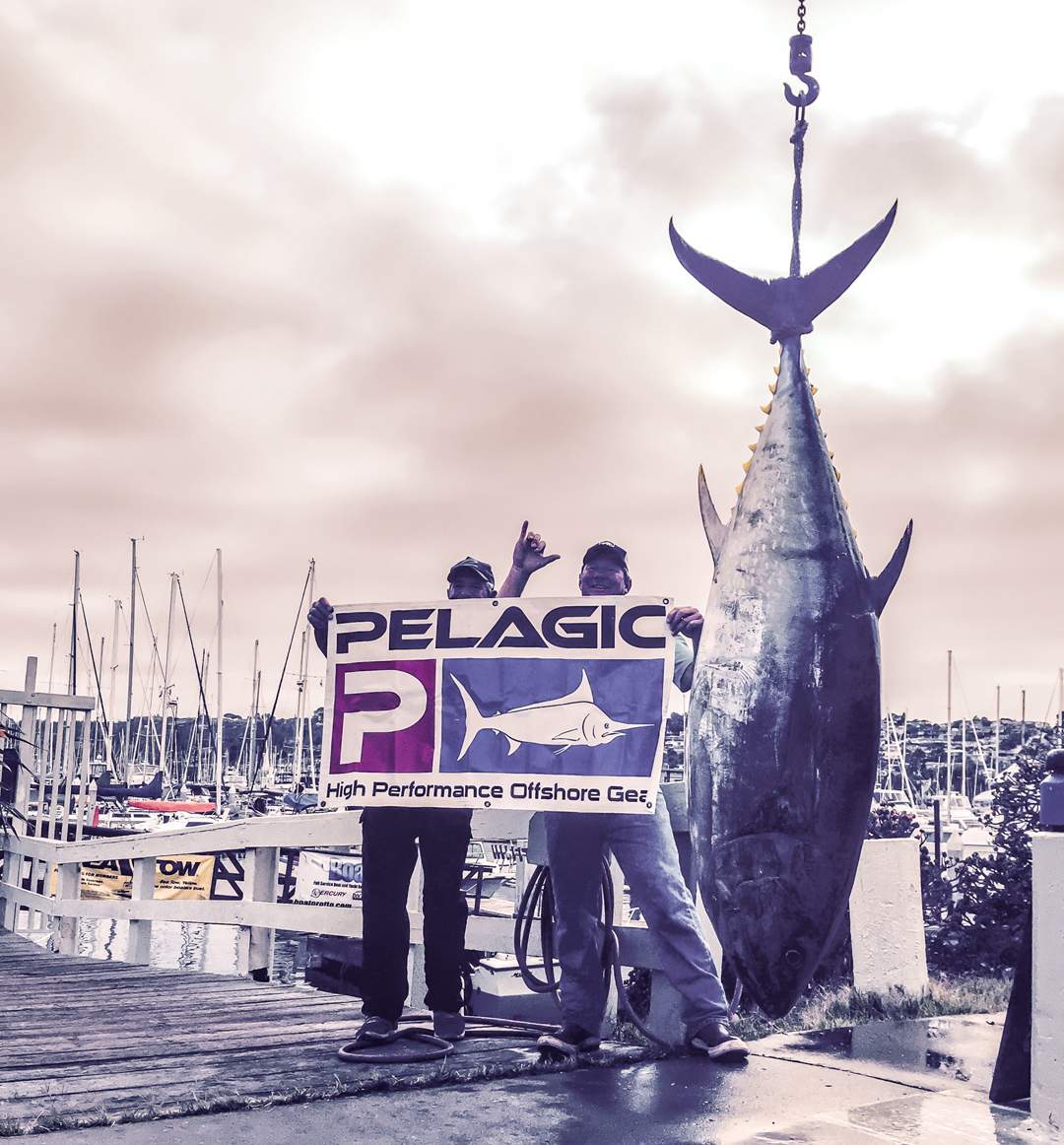 [ Below : Pelagic's Colin Sarfeh hoists a stud BFT in the buck-fifty range] 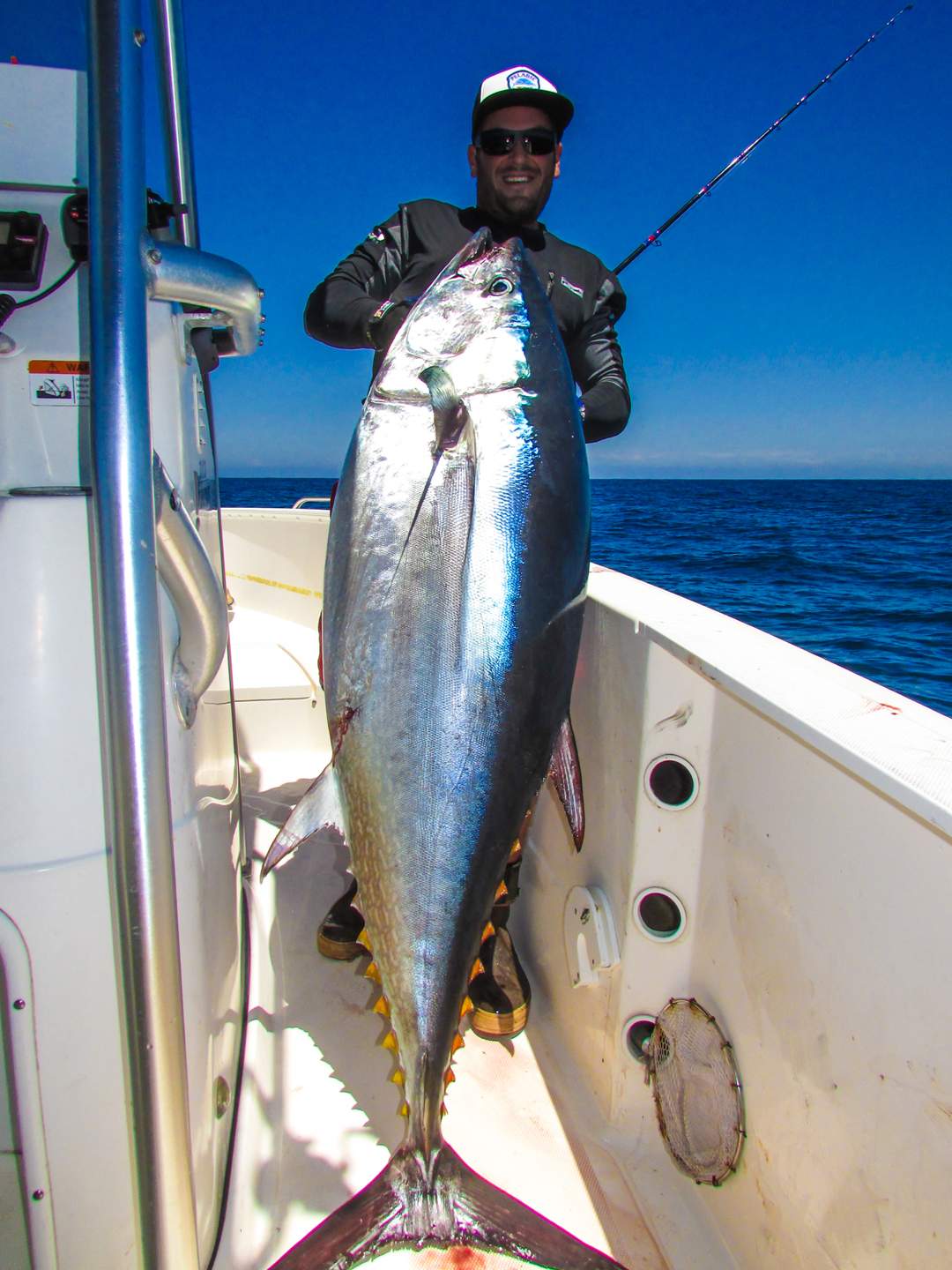