The Quest for a Trophy Silver King 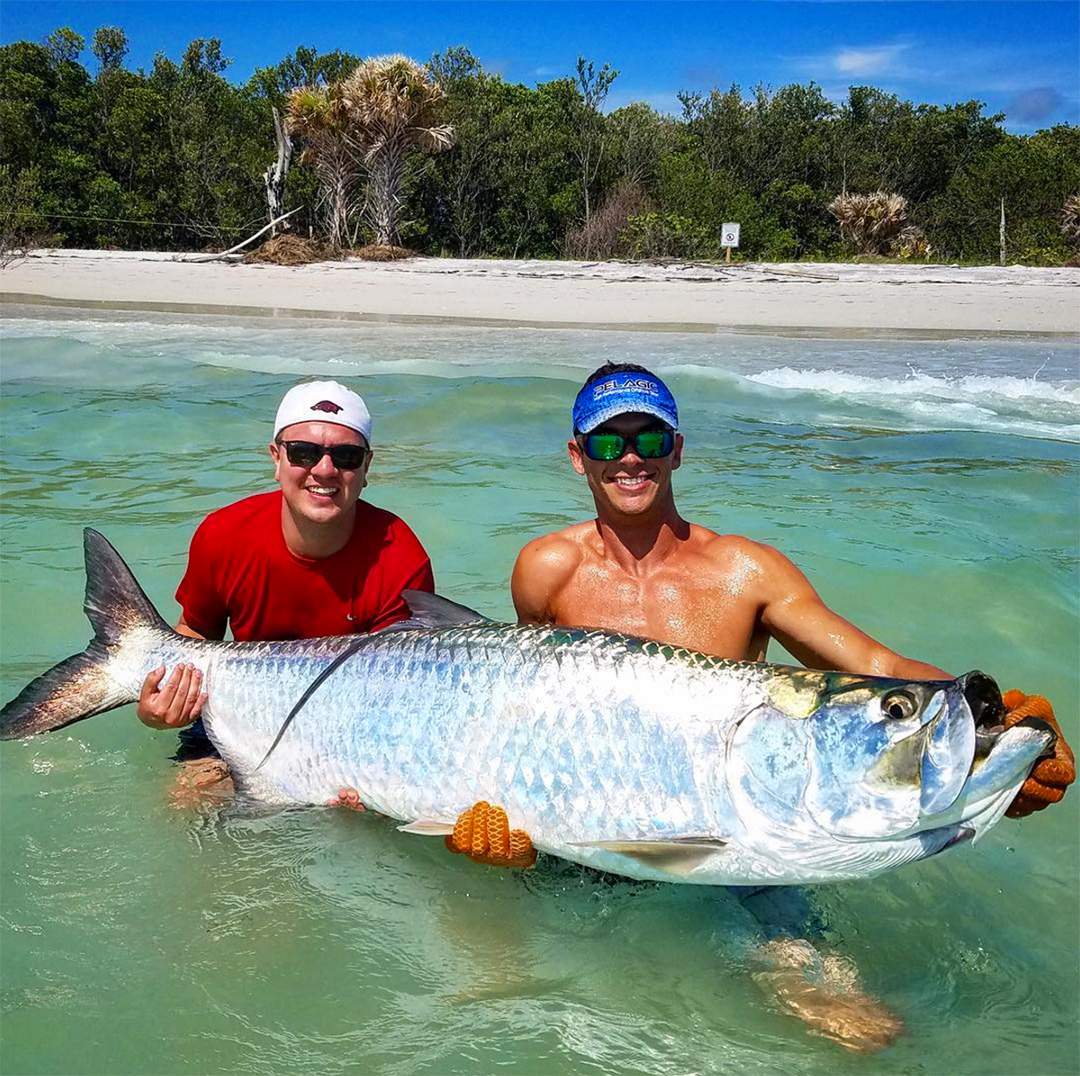 As I peer out over a slick Gulf of Mexico, the first glimpse of the warm morning sun setting the cumulous clouds on fire far offshore, a fin and a flash of silver break the tranquility of the surface. That can only mean one thing. Tarpon season has arrived!

These majestic and explosive sport fish begin their annual migration in the Florida Keys during early spring then skirt the coastline North passing by Tampa Bay in May/June and eventually spreading throughout the entire Gulf of Mexico as far North as Louisiana by August/September. Though they can be found more than 100 miles offshore, though they are most commonly found within a mile of the coast making them a prime target for savvy live bait, lure and fly casting anglers. When the main migration is in, it’s not uncommon to see thousands of mature adult tarpon in a single day ranging from 50lbs to up over the magical 200lb mark! 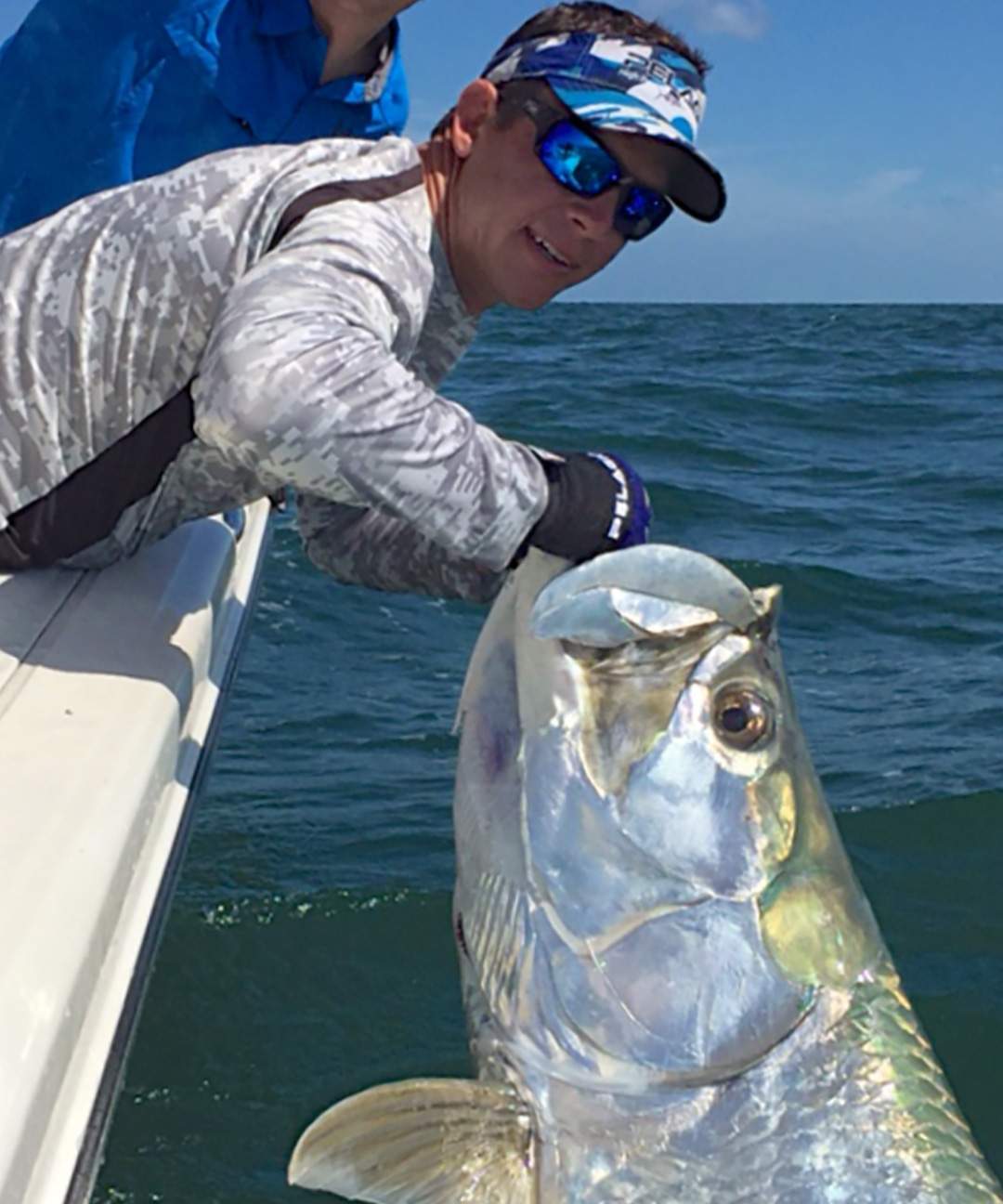 Seeing the tarpon is one thing, catching them is a whole other ballgame. Catching a true giant over 200lbs with the ferocity of a runaway train that has been dodging hooks for close to literally fifty years is a true angling feet! Though large tarpon are near the top of the food chain with a wide-ranging diet and can be extremely aggressive, their attitude can best be described as quirky as they can be one of the most finicky fish on earth! Patience, persistence, and presentation are paramount for success. Top baits vary regionally but in my area (Tampa Bay) small blue crabs, large threadfin herring, magnum scaled sardines, and pinfish get the nod though crabs easily out fish all other baits. A large spinning reel loaded with at least 300 yards of 65lb braid, an 8ft heavy spinning rod able to launch a bait, 60-100lb fluorocarbon leader to protect against their rough mouths, and a super sharp 6/0 to 10/0 circle hook (depending on bait size) will do the trick. Keep in mind, tarpon have a boney mouth and a million things can go wrong during the fight. On average even the tarpon fisherman land less than 50% of the fish hooked! 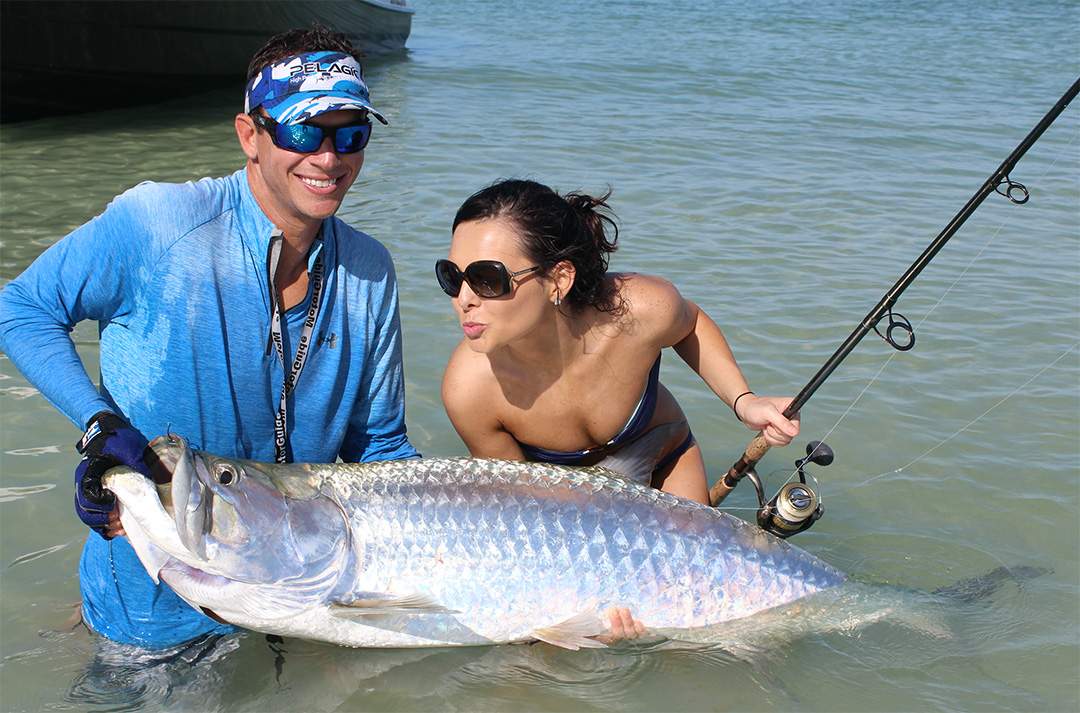 Once a school of tarpon or “pod” is spotted milling around just off of the beach, it is extremely important to quietly ease in front of the school, stay off of them, figure out which way they are moving and lead the fish with your cast rather than just blasting a cast right into them. In this way, the fish wont know you are there and the first thing they see is the bait rather than the line. The “angle of the dangle” is key! Do this consistently and fireworks will happen! If you’re really lucky, eventually that true trophy will charge out of the school and take your offering. Let me tell you, witnessing a freshly hooked 200+lb silver king frantically erupting out of the water right by the boat is an angling spectacle to behold and is one you will not soon forget! 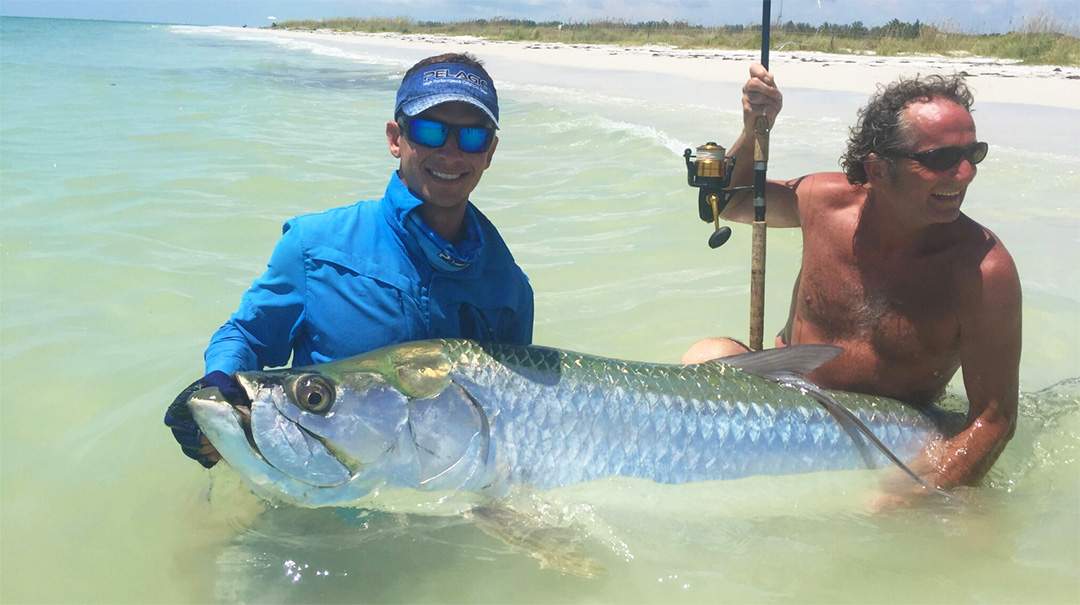