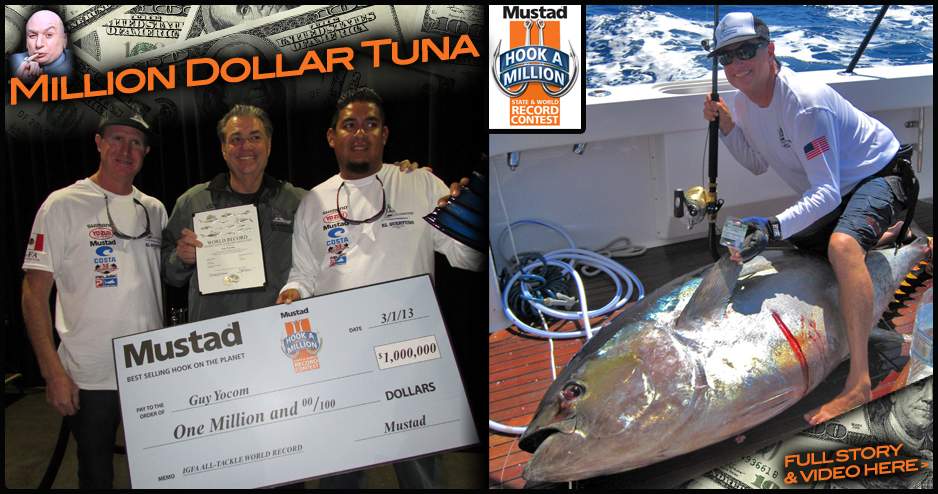 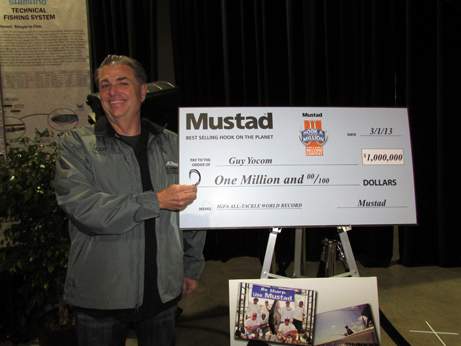 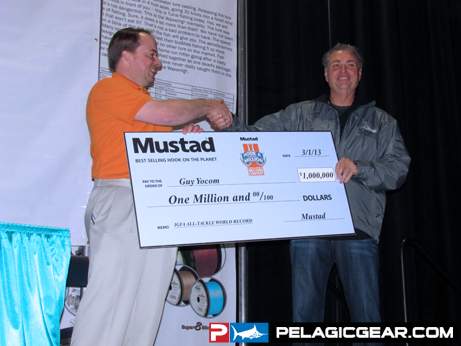 Registered under Mustad’s “Hook A Million” campaign, Yocom and his crew officially qualified for the hefty prize by catching their record 427-pound Yellowfin Tuna while using a Mustad Hook. Mustad’s contest offered anglers of age 18-years or older the chance to register for the year-long campaign and try to break the world-record of one of ten chosen fresh and saltwater species. Qualifying fish included largemouth bass, white crappie, walleye, channel catfish, coho salmon, striped bass, calico bass, redfish, spotted seatrout and yellowfin tuna. The world record catch must be officially recognized by the IGFA and caught using a Mustad Hook.

Fishing out of Cabo San Lucas, Mexico, an area known for large tuna, the team went out specifically targeting the world record yellowfin, making the catch even more incredible than simply the weight alone.

Below: Guy battles his record fish // The 427-pound yellowfin safe and sound on the deck of El Suertudo . 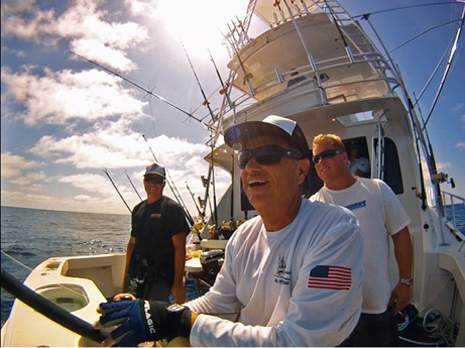 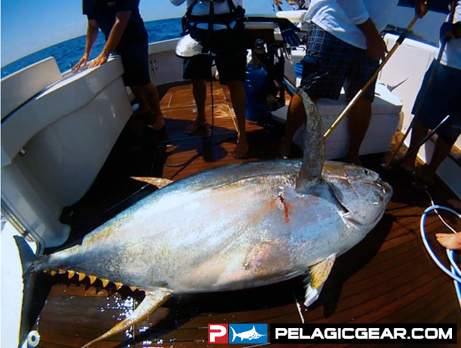 Said Captain Greg DiStefano of El Suertudo , “Leading up to the trip, the crew and I worked for weeks making sure that all of our tackle would meet the standards of IGFA regulations. We even had the line documented by IGFA officials and took every precaution necessary, just for the chance that we came face to face with a potential world record.”

Below: The kiss of fame // Directly after the catch. 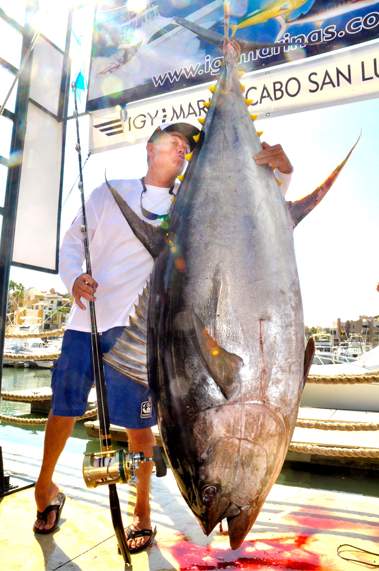 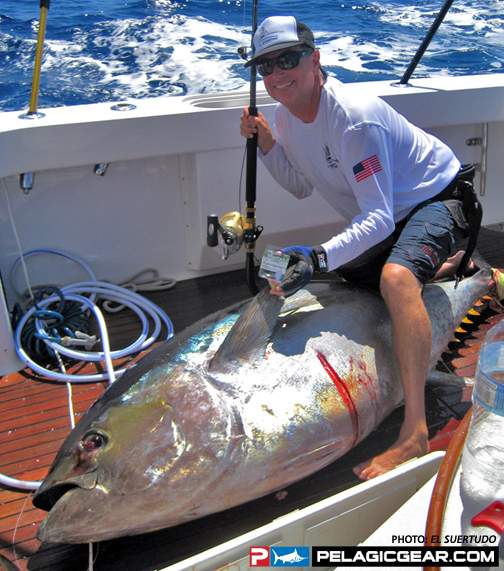 Yocom added, “I have been lucky enough to catch a few really big tuna with Greg (DiStefano) over the past three years or so. We knew there was a record out there and we were just lucky enough to find it.”

Below: Guy and the crew pose with their IGFA record certificate and their million dollar check // Guy Yocom (left) and Capt. Greg DiStefano speak about their record catch. 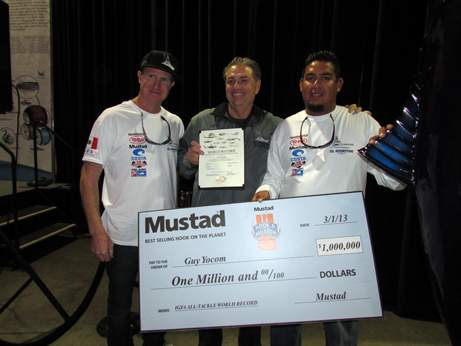 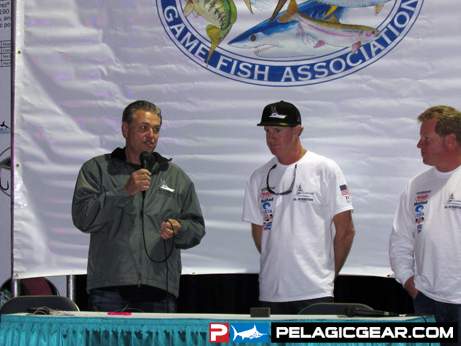 Lucky? Maybe, maybe not – although, El Suertudo ironically translates as the “The Lucky One”. These guys went out specifically targeting that fish, found it, and caught it. So, whatever you want to call it, a new yellowfin tuna world record has been crowned, and the richest prize for a non-commercial, non-tournament gamefish has been handed out. Now that’s just plain impressive.

Below: Watch the official video of Guy Yocom's World Record Yellowfin Tuna while fishing aboard El Suertudo . The video features actual footage from this incredible catch.