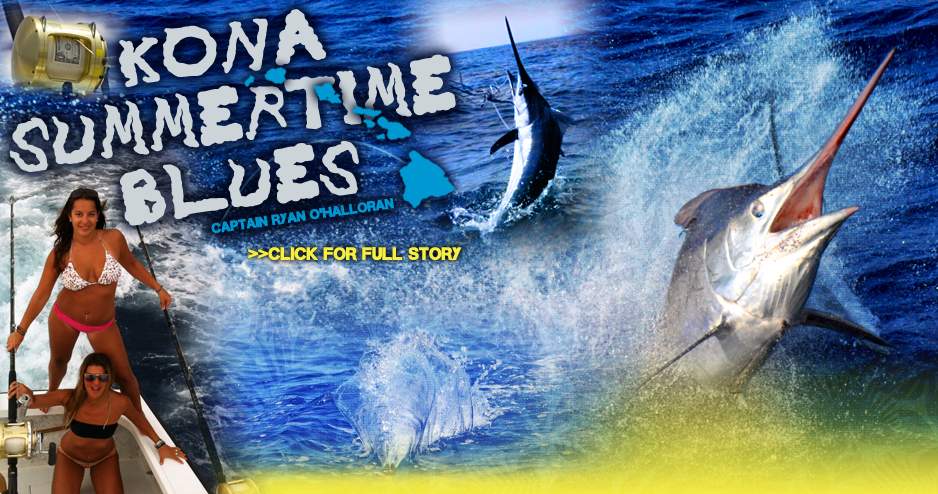 Summer tournament season is upon us here on the beautiful west side of the Big Island. Over the last couple months plenty of big Blue Marlin have begun to show off our shores. On the Monkey Biz II , we were fortunate to get a bite out of a big Marlin a few weeks ago. The leviathan Blue crashed onto our short rigger lure and exploded out of the water like a rocket-boosted submarine. After a short series of jumps, the fish sounded doing its best impression of a giant tuna. She took 400 yards of line off the reel with a solid 60 pounds of drag. After positioning the boat to pull on the fish from a few different angles, veteran captain Chip VanMols and crew were able to halt the pointy-nose beast and get her turned our way. Finally, after a grueling 30 minute battle we were able to get the fish up the side of the boat for a solid gaff shot. Back at the dock the fish tipped the scales at 861 lbs - our biggest this year.

NOTE: The Monkey Biz II prides itself on a 99 percent catch and release rate, as do all of the better charter operations here in Kona. However, we do occasionally take trophy class fish to accommodate a client request. All of the meat was consumed on the island for graduation parties and summer time barbeques.

Below: A "chugger" entices what lies beneath // 60-pounds of drag means nothing to Kona's behemoth blues 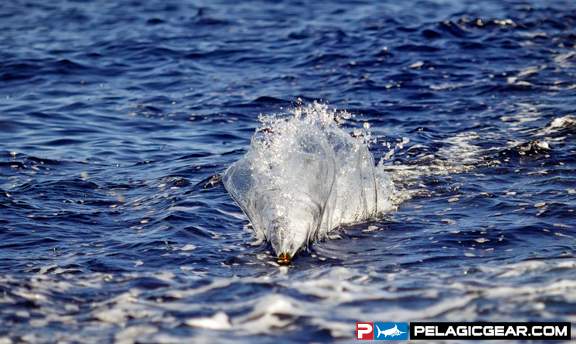 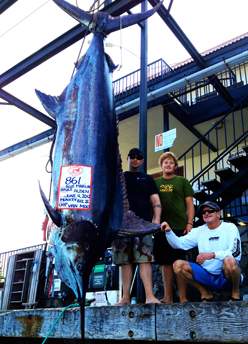 The first tournament of the summer was the “Rock N Reel”, held on the16th and 17th of June. The tourney produced 3 big Marlin, with the winning Blue weighing 693 lbs caught by captain Rob Ellyn on the Lightspeed . A few days later, Captain Teddy Hoogs of the game boat Bwana hooked a truly colossal Blue Marlin while fishing in a 50 pound line class tournament. After an hour and a half battle (relatively short considering the circumstances) they were able to get it to leader and subdue the massive fish. Captain Hoogs, one of the most experienced big fish captains in the world, estimated the fish at 950 lbs.

“If you don’t weigh it, don’t say it” (refers to claiming a released fish to be over 1000 lbs) is an unwritten rule in the elite class of Marlin fishermen around the world. If Captain Teddy estimated it at 950 lbs, there’s a good chance it would have gone over 1000 lbs. Although the fish would have been in contention with the current world record 50 pound line class Blue Marlin (which stands at 1166 pounds caught here by Captain Dale Leverone back in 1993) the captain and crew opted to release the behemoth. A very noble act by everyone aboard. 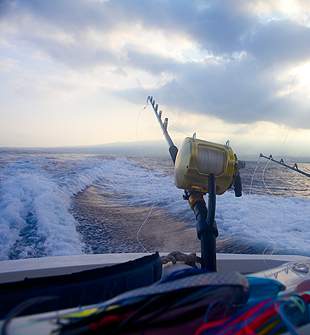 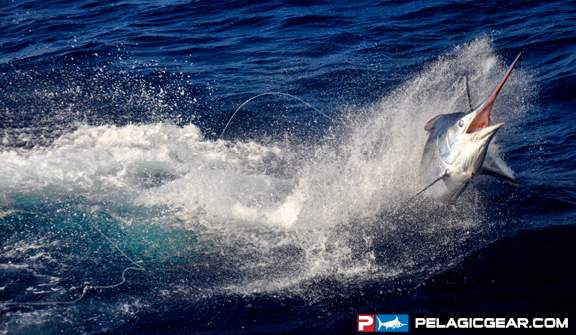 We finished up the “Kona Kick Off” tournament a little while back. Congratulations to Pelagic Pro Team Captain Jason Holtz on the Marlin Magic for taking the win. The Marlin Magic crew weighed a 757 lb Blue on the first day and tagged a smaller fish on day 2. Aboard the Monkey Biz II , we hooked a nice Blue estimated at 600 lbs on the second day but unfortunately pulled the hook after a short battle. As day 2 came to an end, we also missed another shot at a small Blue. That’s how fishing goes, but the way I see it, we just increased our odds to stay hooked in our next tournament.

Below: Sending one out to the "Fish Gods" for good luck // A blue goes balistic at leader 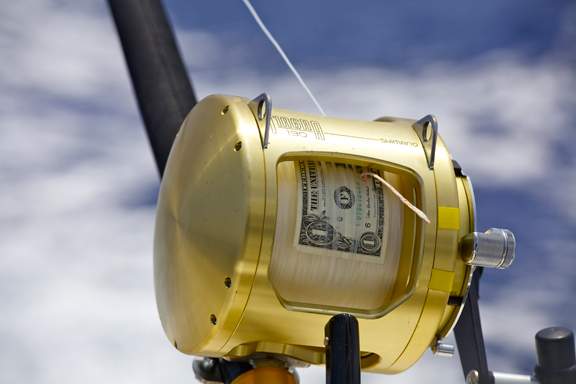 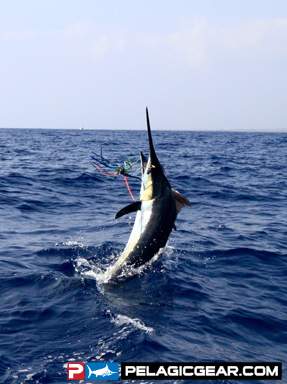 So far in Kona, the fishing has been better than usual for the larger Marlin but the smaller 120-300 lb Blues have not shown up in the numbers that we are accustomed to seeing this time of year. There are a lot more Yellowfin tuna around than usual and tons of Skipjack are plugging our shores. Although the big numbers of smaller Marlin might be a little delayed, all the signs are pointing to a prolific season that will most likely last through the end of September and into October.

Log onto to Bigfishryan.com and KonaGrander.com for up to date reports throughout the season.