End of Year Beyond Breakers for Bull Reds 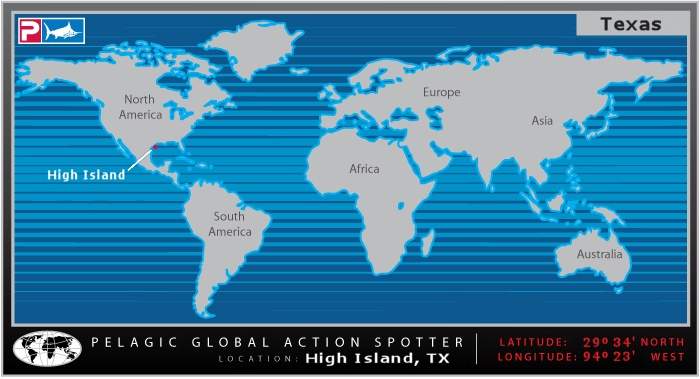 Late every fall along the Texas Gulf Coast, Angers are eager to get their part in the 'Bull Red' action. Schools and schools of oversized Red Drum migrate up and down the Texas coast behind the Mullet. These trophy quality fish averaging in excess of 40", gather in amazing numbers to take advantage of the food source and also to spawn. The shear amount of these Red Drum are amazing and pverhead aerial photos have provided excellent pictures from above of the large gatherings.

Anglers take advantage of this Redfish run in several ways. Many simply surf fish casting out Mullet and other cut bait. Others hit the local passes, piers, and jetties and get in to endless action that way. Then there are a brave few that venture out beyond the breakers (BTB) and battle these guys out of a kayak. All methods are very fun and entertaining. Kayaking takes a special bit of endurance and mindset and a heavy safety consciousness. While Red Drum do make for great tablefare, all of these oversized Red Drum are released due to strict game laws. Nonetheless, it is the action (which can be non-stop) which attracts flocks of anglers along the gulf coast to take part.

Here is a Report just in from Mike aka Mythman down along the upper coast of Texas...

I love it when a good plan comes together, Thursday the wind was blowing 20-25 mph out of the North and one guy that attempted fishing said his truck got sand blasted on the beach so he left...................... but I figured it would lay by Friday. Got to Rollover Pass about 11 am this Friday and found the water absolutely beautiful 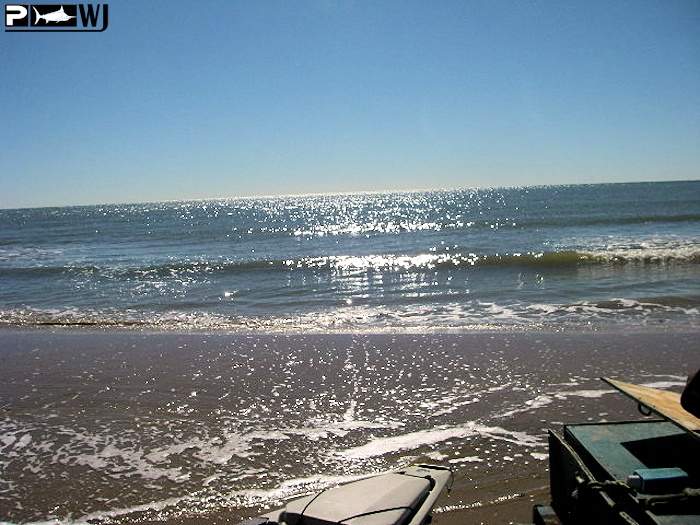 I unloaded the yak and took my time loading all my gear on board. How can one get in a hurry when the conditions are this grand! 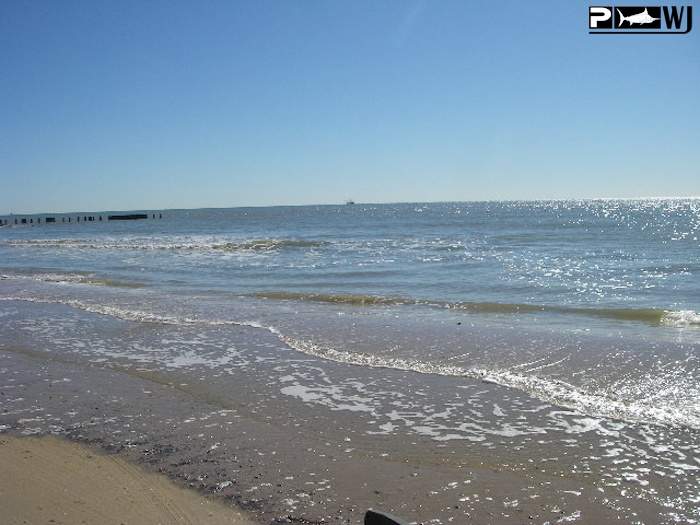 I launched in less than 1' waves. 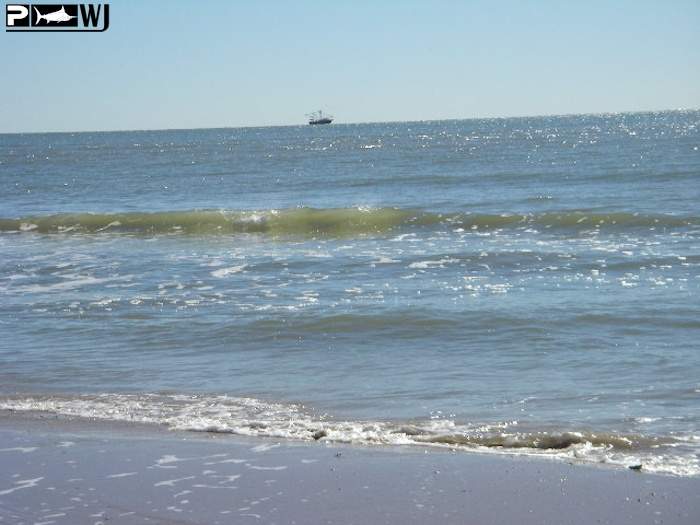 I paddled/motored out to 10 ft and anchored up. Put two lines out and sat awaiting a bite. Sat for 40 minutes without a bite so I move to 12 ft and put two lines out and by that time my fishing partner DunkEm paddles up. He asks how its going and I tell him "slow, slow, slow"! I barely get the words out of my mouth and my reel starts a slow, slow clicking. I take up the slack and "FISH ON"! 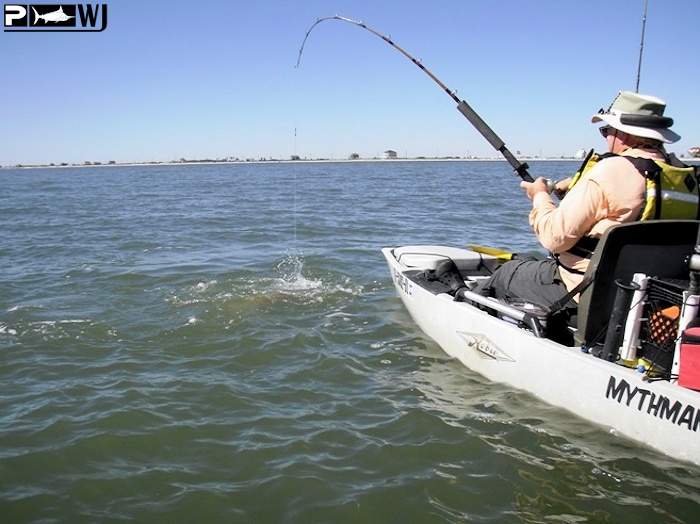 I love getting that first fish and defeating a skunk! 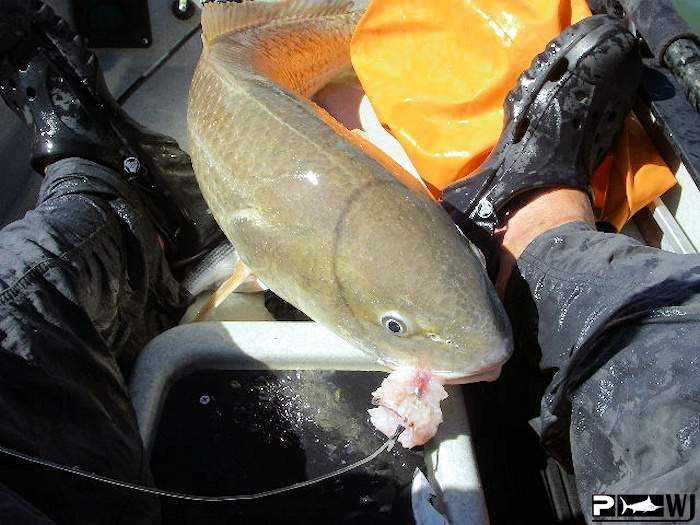 Soon I had another run and hookup. The bite was the strangest and weakest bite I have ever witnessed from Bull Reds. They would take the bait and the reel would just barely turn as they move off for a foot or so then they would stop and just sit there holding the bait. I must have lost 6 fish, just by pulling the bait out of their mouths...............and when I did that they wouldn't come back and pick it up. 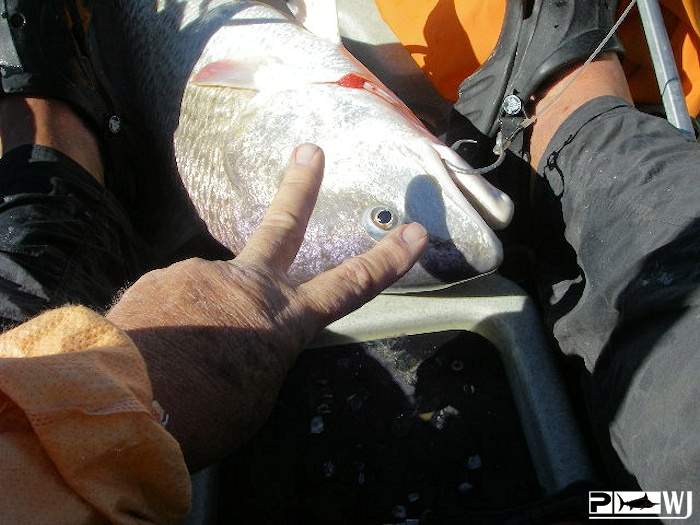 I just barely had him hooked: 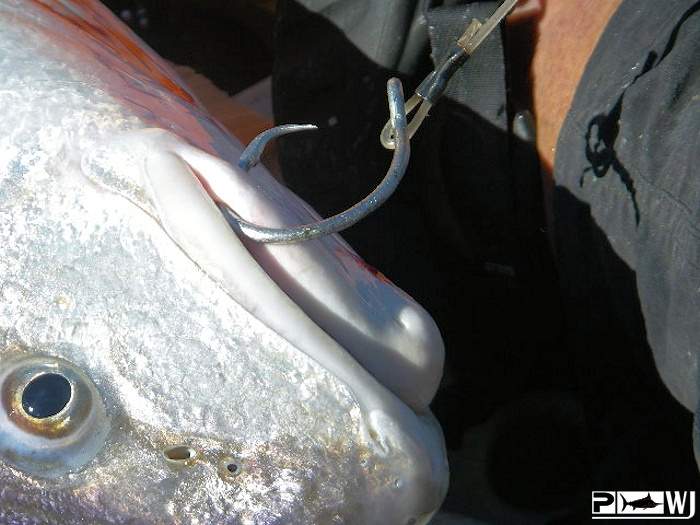 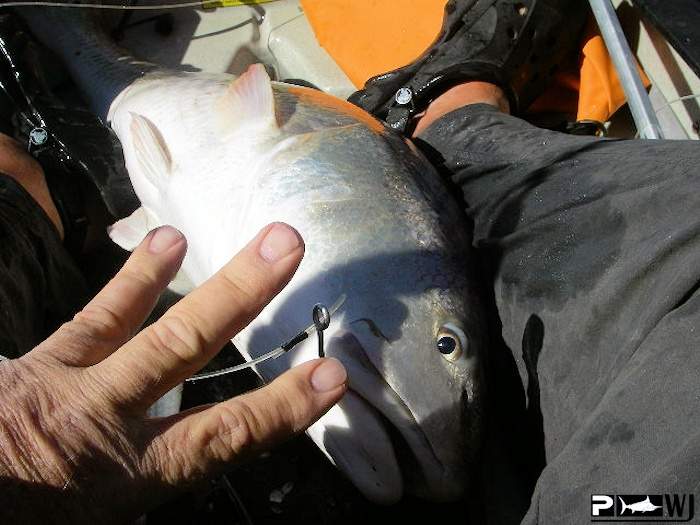 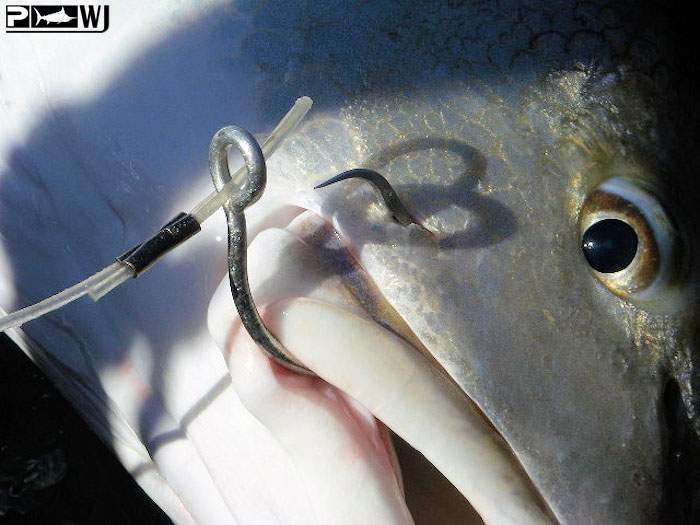 Number 4 looked to be gut hooked but when I tried to lift him into the yak, he came undone. 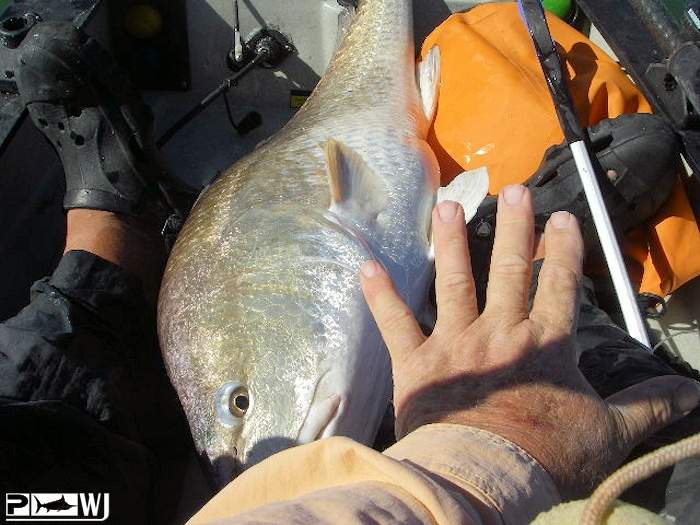 He had the hook way down his throat. 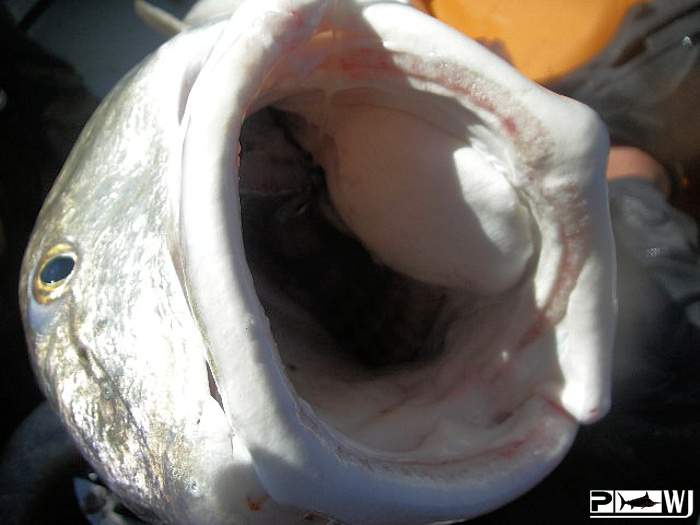 But my trusty 15 inch locking pliers gets the hook out! 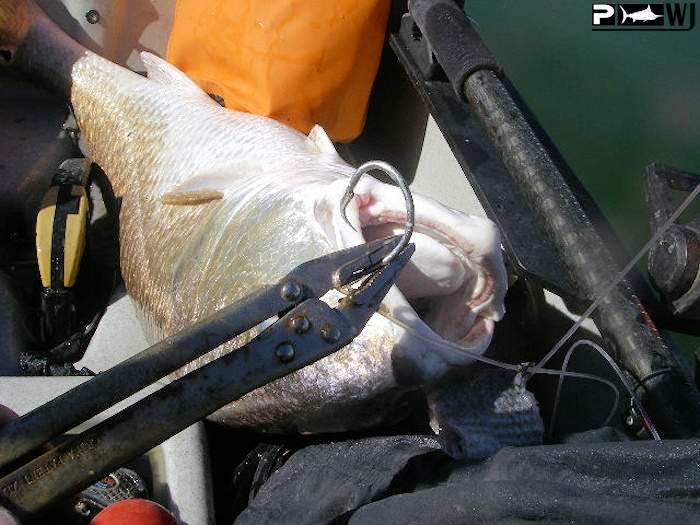 DunkEm moves in closer and catches another bull red. 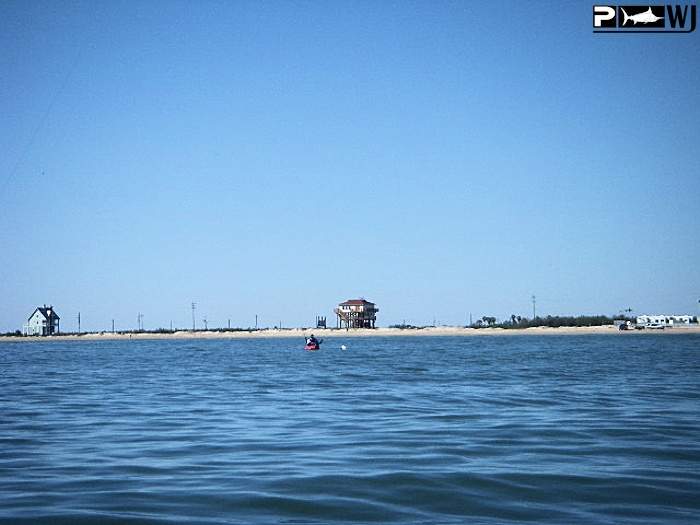 There was this humongous slick that drifted to where I was. 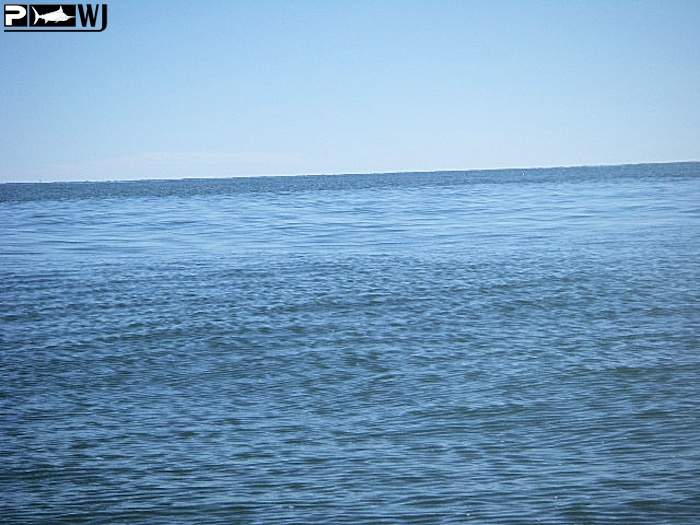 Once it drifted to me, the fishing was over. It seemed to be dead water. I sat for another hour with no action and decided to hit the beach. Got to the beach by 4:15 and was head home before 5 pm.