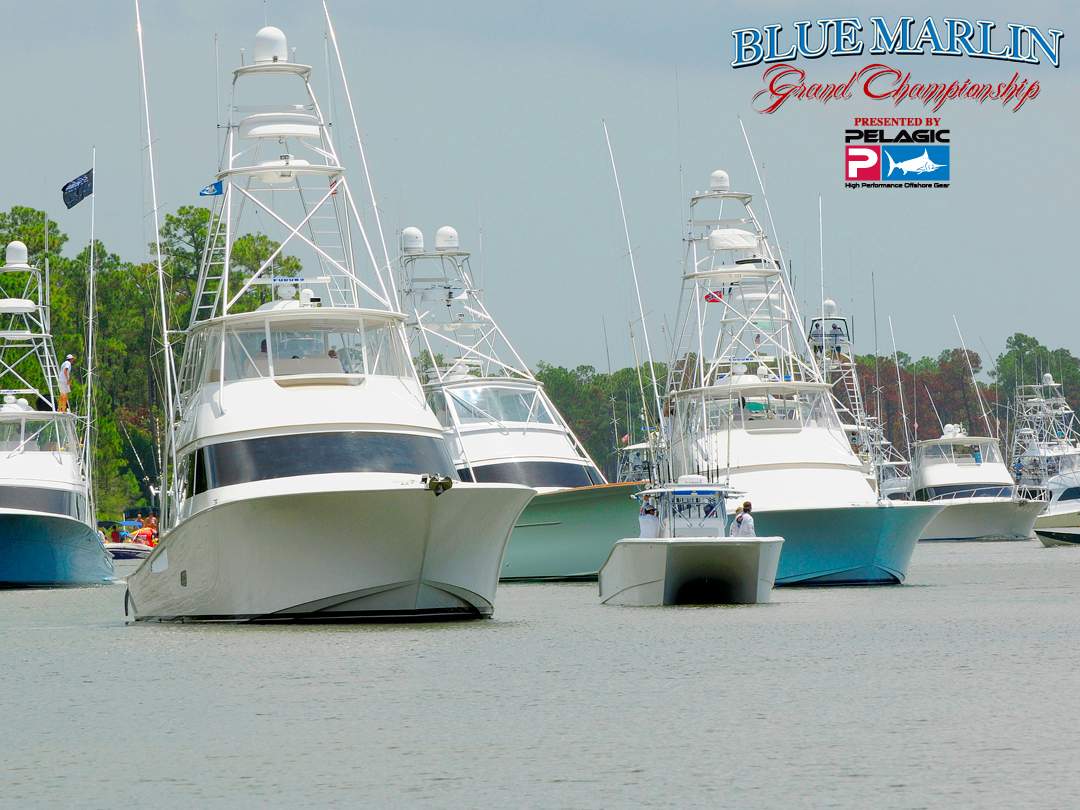 Sometimes the little guys do win. And win big.

With the average boat size in the 2015 Blue Marlin Grand Championship presented by PELAGIC exceeding his by 20 feet, J.J. Tabor and his four buddies, competing aboard a 37' Freeman center console catamaran, did the improbable. Tabor managed to whip a big marlin after a fight lasting more than five hours. It then took the crew another half-hour to somehow drag it aboard. By the time the behemoth was iced down, Double J had to make the run back to Orange Beach to make the 7 p.m. deadline. They had 300 miles to cover.

"I didn't think we'd make it," Tabor explained afterwards. "It was a little hairy for a while. We stopped to get fuel at Port Eads and the pump was broke. So we had to run 20 more miles to Venice to refuel before heading on. But we made it."

Double J actually made the deadline with time to spare but then had the agonizing wait while other boats weighed their catch. When Weigh-master Craig Martin finally made the announcement - 716.6 pounds - the crowd of 15,000 on-lookers erupted into a resounding chorus of cheers and applause. The marlin was the biggest J.J. had ever caught. The marlin was captured on 80-pound test line with a live blackfin tuna used as bait.

"We were looking for smaller fish, going for catch-and-release points when we ran across this one," Tabor explained. "It was an amazing, unbelievable catch, especially at this tournament." Double J ran an average 53 miles per hour on the way back to Orange Beach. For the long weekend, the team covered 891 miles of water in the open center console.

"This just proves that anyone can compete," Tabor added. "You just have to get out there, put your time in and fish hard."

The larger vessels certainly made a statement, however. Caribe and owner/angler Larry Wireman outlasted a blue marlin that tipped the scales at 437.4 pounds after another five-hour battle. That fish also ate a live blackfin tuna as bait.

"I just get in the chair," Wireman says. "My crew deserves all the credit. That fight seemed like it lasted 10 years. It was the toughest fish I've ever faught. After we finally got it in, I had to go inside and take a nap." Caribe's fish was caught near the Noble Dan Croft oil rig in the central Gulf. Capt. Luke Crenshaw is the Caribe's skipper.

Angler Jean Pierre Arceneaux on Colby Jean brought in the only other marlin weighed this year. That fish was caught in the Green Canyon and was landed after a three-hour fight. It weighed 335.2 pounds.

The weight of the tuna progressively increased as the line gradually dwindled. In the end, Black Tip , a 61' Buddy Davis from Key West, Florida, emerged triumphant with a 162-pound yellowfin. Sweet Beaver was a close second with a 155-pound fish, while the family team aboard Traders Hill made its mark on the leaderboard with one weighing 145.4 pounds.

Gotta Believe captured the top dolphin for 2015, a 41.8-pound gaffer. Quick Time lived up to its name with the second-place fish based on time, while You Never Know! came in third with an identical 34.2 pounds.

Only a handful of wahoo were brought in Saturday night. Blind Hog had the largest at 43.4 pounds, while the newly designated Gulf Legends awardee, Leon Edwards, fishing on his boat Lucky 2 , took second and third-place honors with fish weighing 39 and 28.2 pounds.

After all was said and done, there was only one thing left to do... The little matter of paying out $1.4 million in prize money.

But I'll let you in on a little advance secret. David, aka Double J , is going to get a "giant" share of the pot.