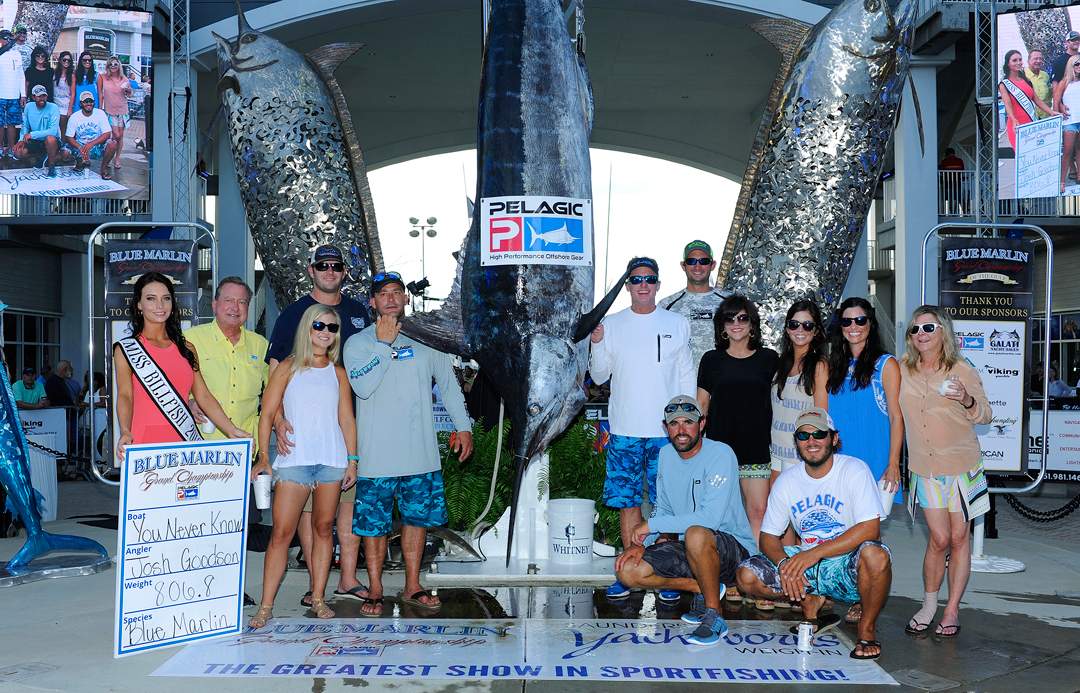 You Never Know! settled the score once and for all at the 2016 Blue Marlin Grand Championship presented by PELAGIC by grabbing the lion’s share of the $1,463,250 purse. After bringing in an 806.8-pound blue marlin to The Wharf Marina and Entertainment Complex early Saturday evening, the team earned the Grand Champion title and a check for $365,175. Josh Goodson was the angler who outlasted the winning fish, with PELAGIC Pro Team Capt. Joey Birbeck manning the helm. Thomas Turner of Baton Rouge, Louisiana, owns the 72 F&S, based in Miramar, Florida.

“This has been a pretty special season,” Birbeck said at the Sunday awards breakfast, which was sponsored by Spectrum Resorts. “We caught some good fish and won some money. It seemed like we were drinking Bloody Marys every Sunday to celebrate. But this win is an all-time career highlight. I’ve been getting a ton of calls and texts which really means a lot, coming from my peers. They are as happy for us as if they had caught that fish themselves.”

Combined with their performance in the Gulf Coast Triple Crown Series - including $84,005 in the Mississippi Gulf Coast Billfish Classic, $74,025 at the Cajun Canyons Tournament, $49,000 for their 647.8 lb giant bluefin tuna in the Mobile Big Game Club Memorial Day Tournament, and $10,800 at the Orange Beach Billfish Classic - Team You Never Know! has accumulated $583,005 in tournament winnings in 2016 alone. 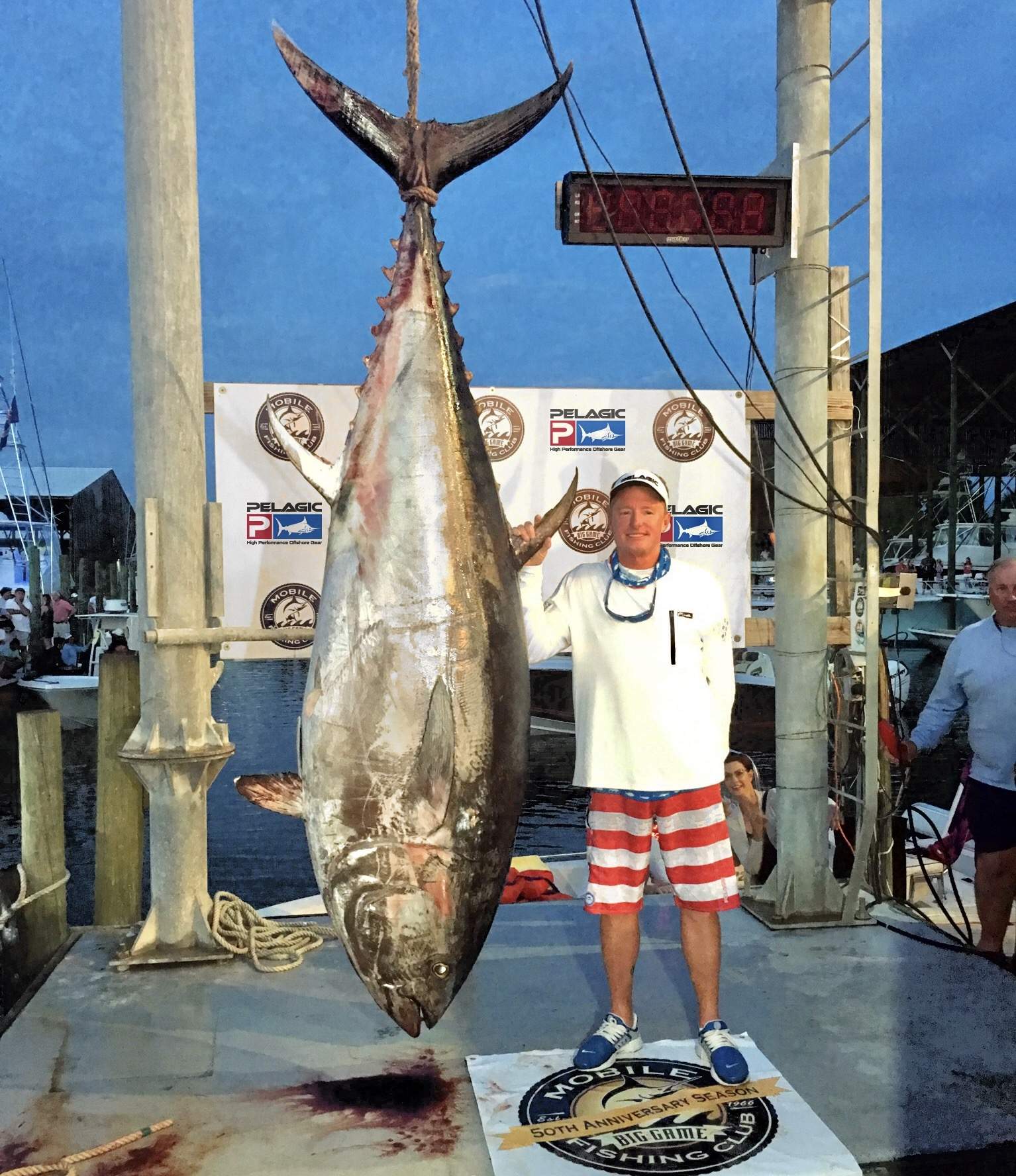 “What a fantastic week!” Tournament Director Scott Burt said. “The weather cooperated, we had some great fishing highlighted by You Never Know! ’s big blue. Best of all, we had the best teams in the Gulf showcasing their skills and we raised a significant amount of money for St. Jude to help some courageous kids. I’d like to thank everyone for fishing with us again this year, Pelagic Gear and all our wonderful sponsors for making it possible and my championship team for pulling it all off.” 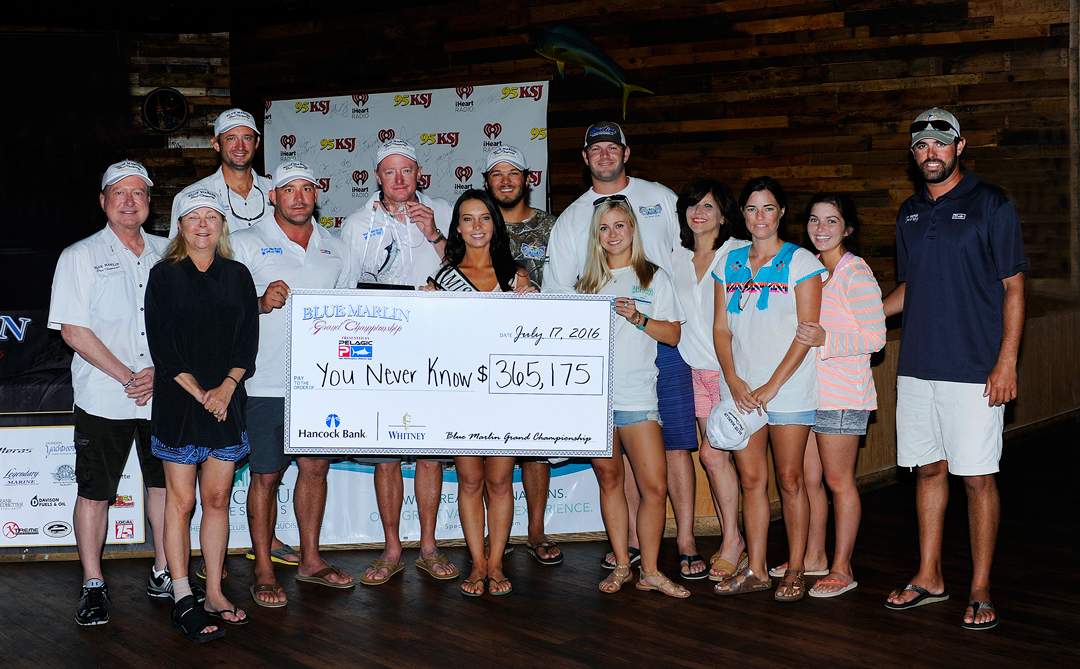