Xiphias gladius , a.k.a Elvis, more commonly known as the Broadbill Swordfish, is one of the most sought after fish in the sea by anglers and foodies’ alike. Swordfish can be easily recognized by their elongated, sword-like bill, purple hue, and cylindrical body. There are 12 different species of billfish, such as marlin, sailfish, spearfish, and lastly swordfish. Eleven of those of billfish are part of the Istiphoridae family, while the swordfish is the only living species left in the Xiphiidae family. For the fisherman fortunate enough to have caught swordfish, they know that these creatures are much different than their billed cousins. 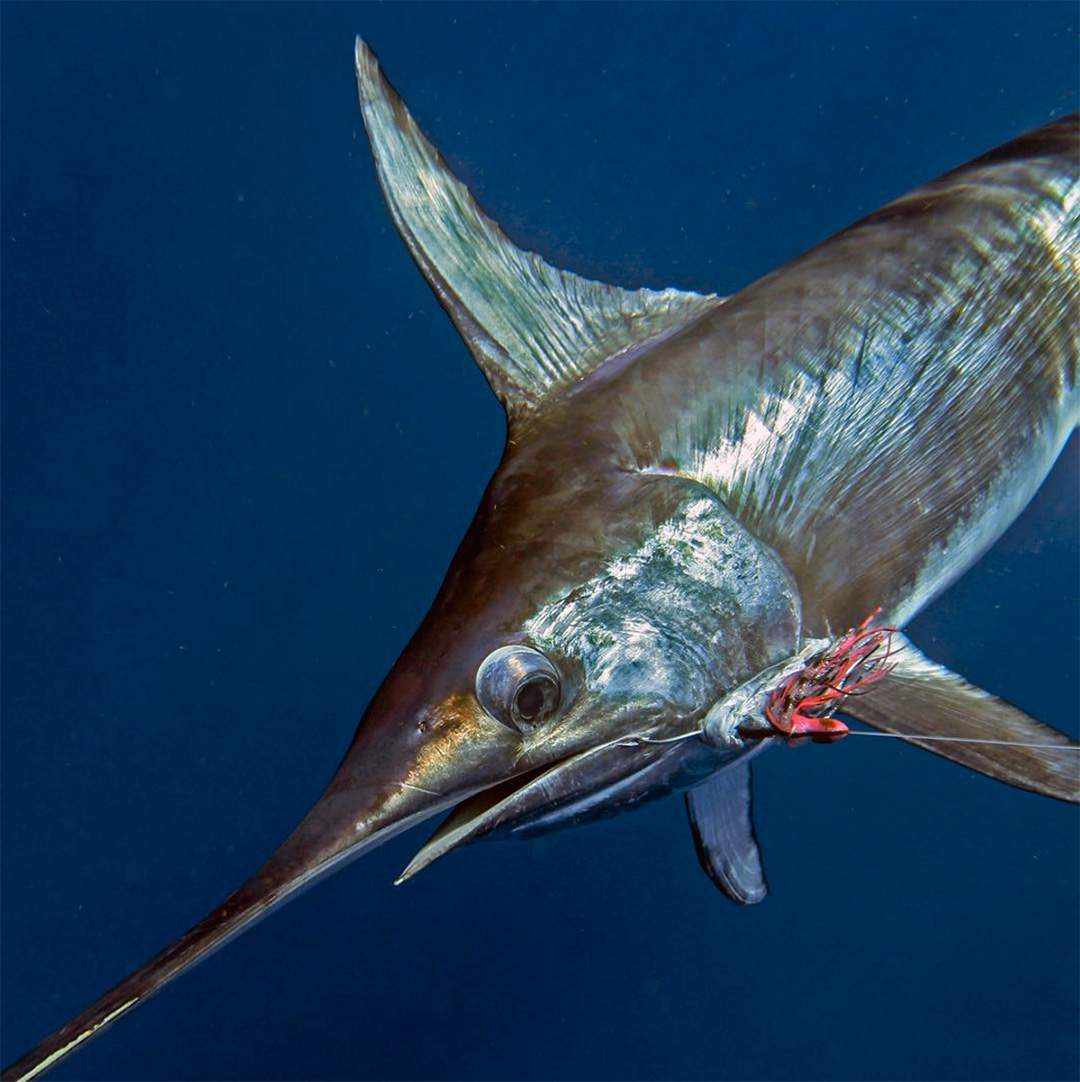 Swordfish are found worldwide in the Atlantic, Pacific, and Indian Oceans. They are a highly migratory species that tends to migrate to warmer waters in the winter, but can handle the frigid waters if need be. Swordfish are the most temperature diverse species of all the billfish. What sets swordfish apart from other billfish is their ability to dive and forage at depths of over 650 meters (2,000ft +).

Their bodies have adapted over time to allow them to survive in the harsh conditions of the depths. One unique adaptation that swordfish have delveloped is a special organ near the eyes of the fish that keeps their brain warm, allowing them to function and see much better in the dark cold waters. Swordfish dive to these extreme depths to feed on a variety of fish and squid, in which they use their sword like bill to slash and stun their prey. 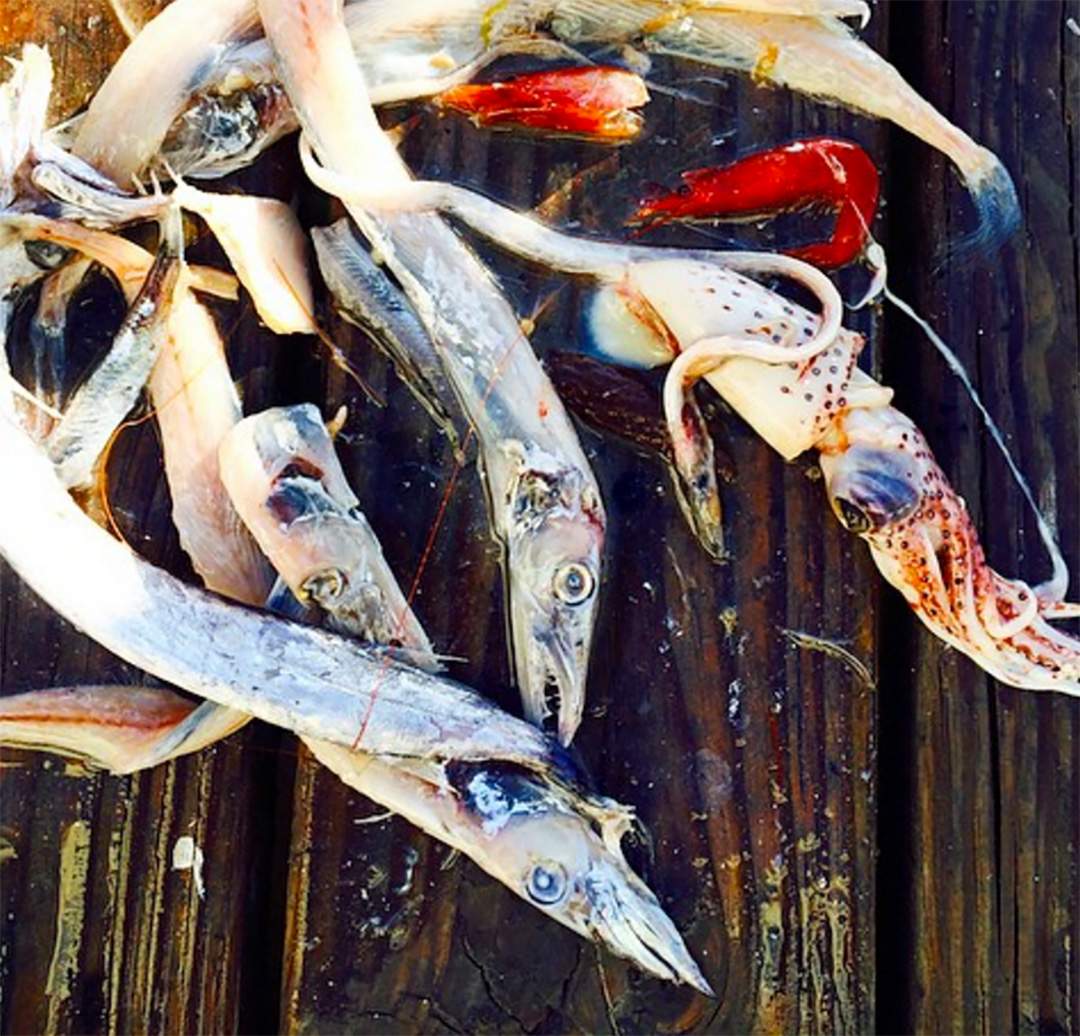 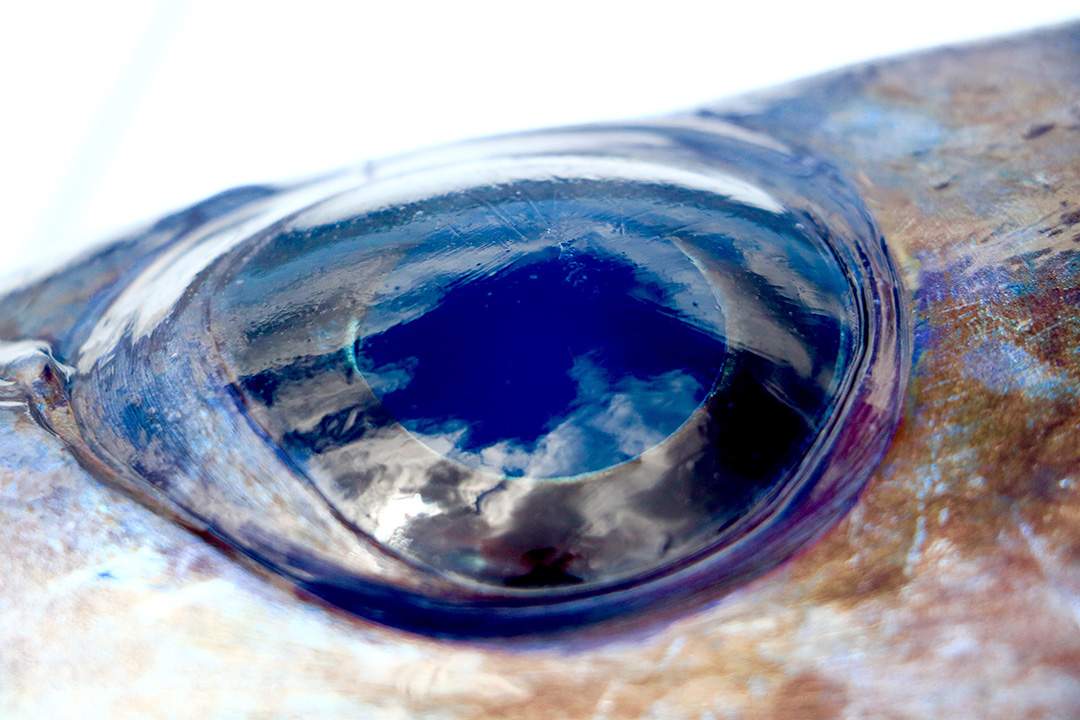 [Their specialized eyes are large, which gives them the ability to spot any bit of light in the deep dark world below]

The Atlantic Gulf Stream off the coastline of Florida is one of the most productive areas to target Swordfish worldwide. They can be found in deep water canyons, waiting to ambush schools of fish, so having a good understanding of bottom contours is imperative to finding productive zones and effectively fishing them. Although swords can be caught worldwide, Florida seems to be the epicenter for the best rod and reel swordfish fishery. 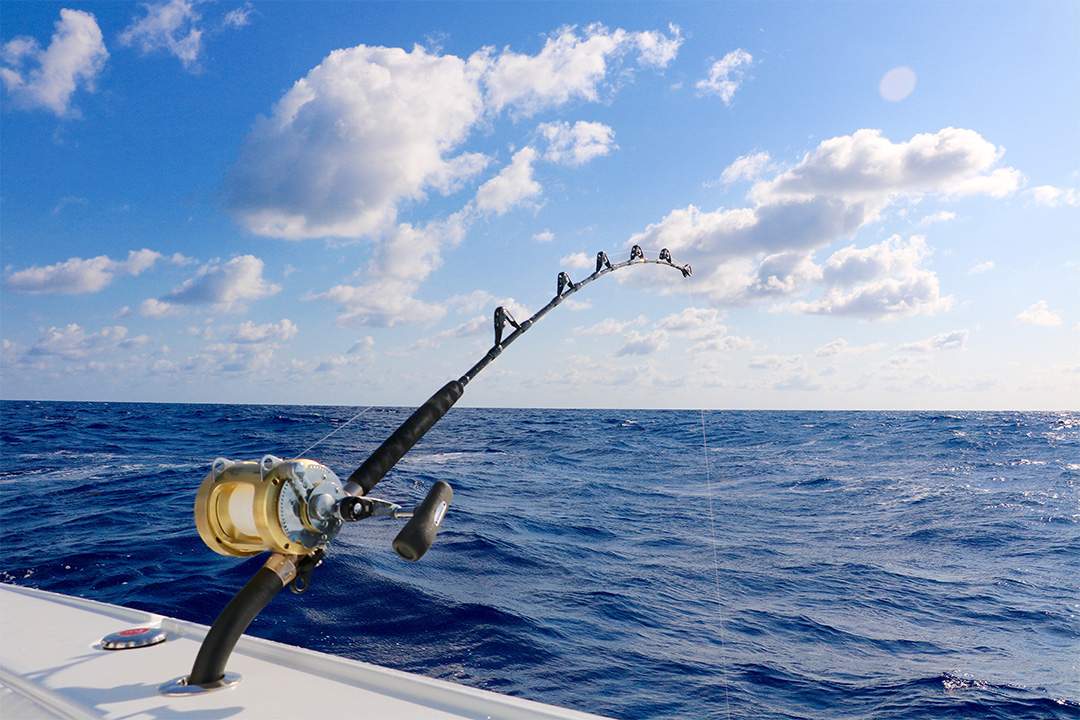 [Tools of the trade; in this case, a bent butt stand-up rod matched with a Shimano Tiagra 50w]

The world record Broadbill Swordfish was caught off the coast of Chile in 1953 and weighed in at an astonishing 1,182lbs. While the average swordfish ranges from 50-200lbs, they do reach very large sizes, but we dont see those giant fish any more due to overfishing. A trophy fish now days is anything over 300lbs. They reach sexual maturity within 5-6 years and usually have lifespans around 9 year or less. 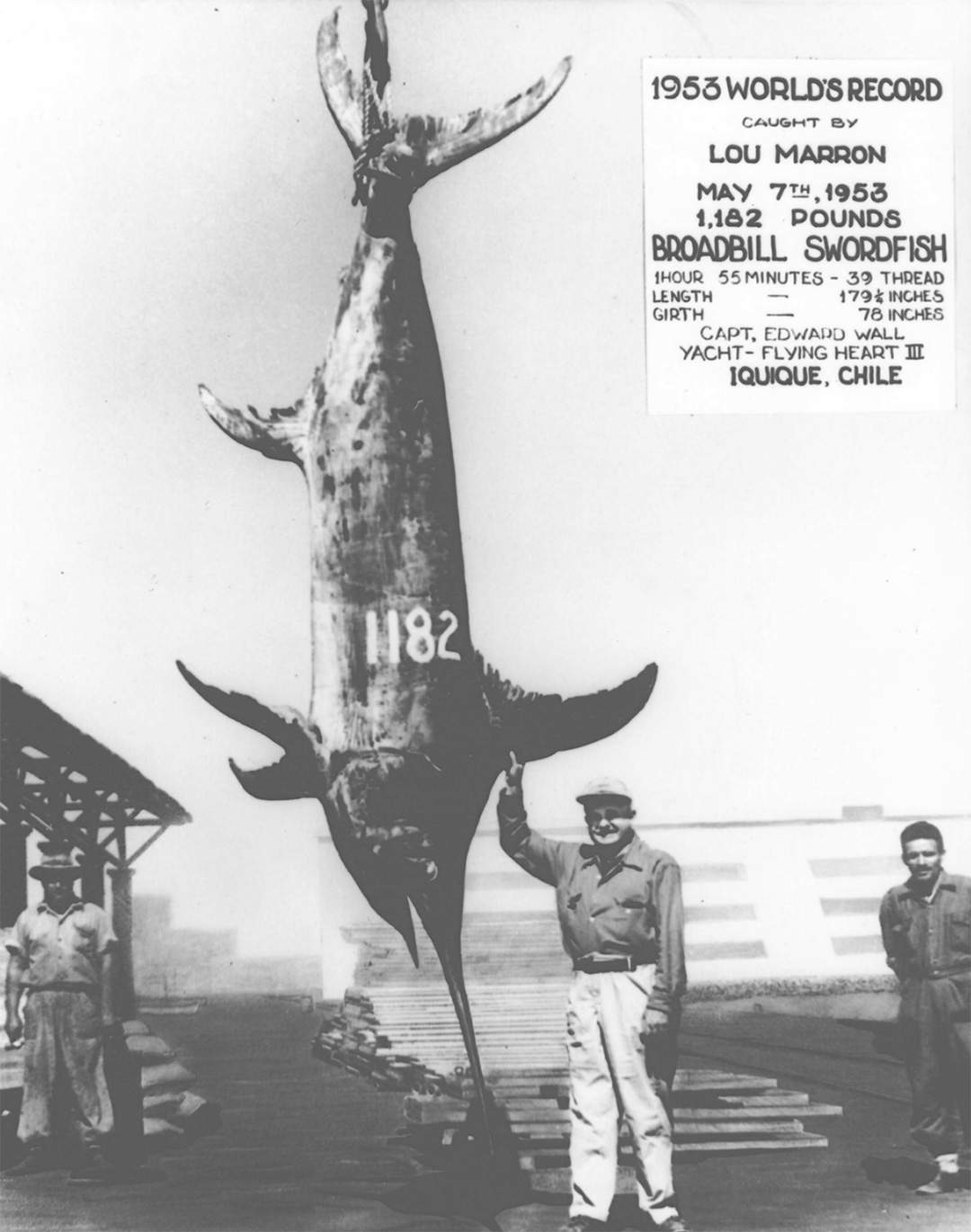 [World record swordfish caught in 1953 off the coast of Chile]

Swordfish can be caught multiple ways, being that they move frequently from the extreme depths to the surface. They can be caught trolling at night time, pitching a bait while they are sunning, long lining, gill netting, but the most common way to get them on rod and reel is by deep dropping. The deep dropping technique consists of dropping a bait or lure with a heavy weight attached down to the depths, usually in the 1,000ft range, and working the bait near the bottom till you see your rod tip move. At this point, you wind up to see if the line comes tight, and if so, you’re hooked up and ready to battle the fish through the water column. This technique is challenging, as there are tons of factors that go into play to even put your bait in the right location, let alone landing the fish. 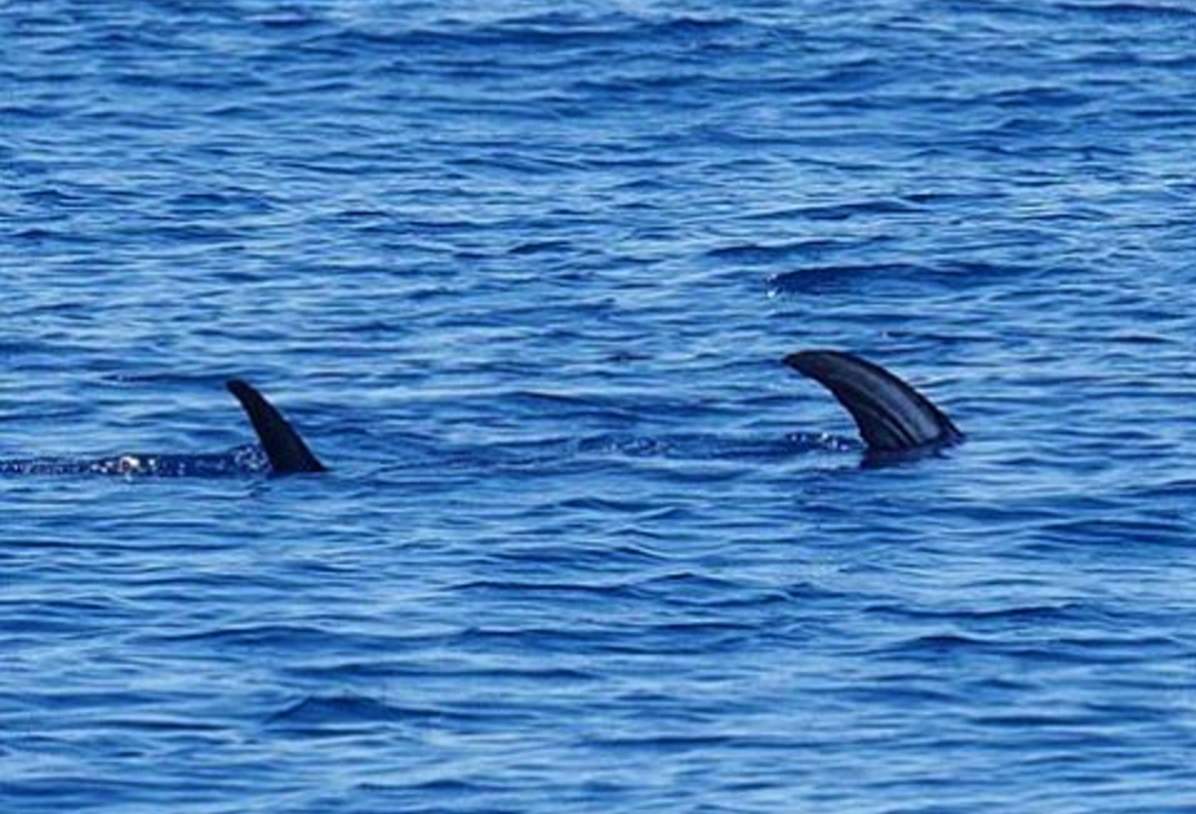 [Swordfish can be seen at the surface sunning themselves. Photo Courtesy of Ryan Moore] 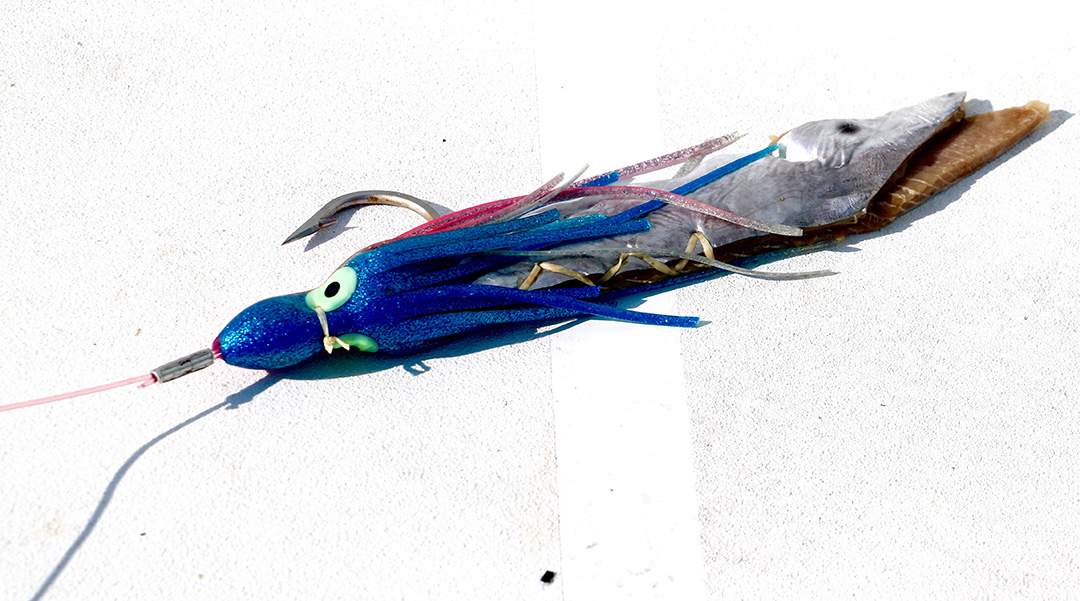 [One of the many effective ways to rig a swordfish bait] 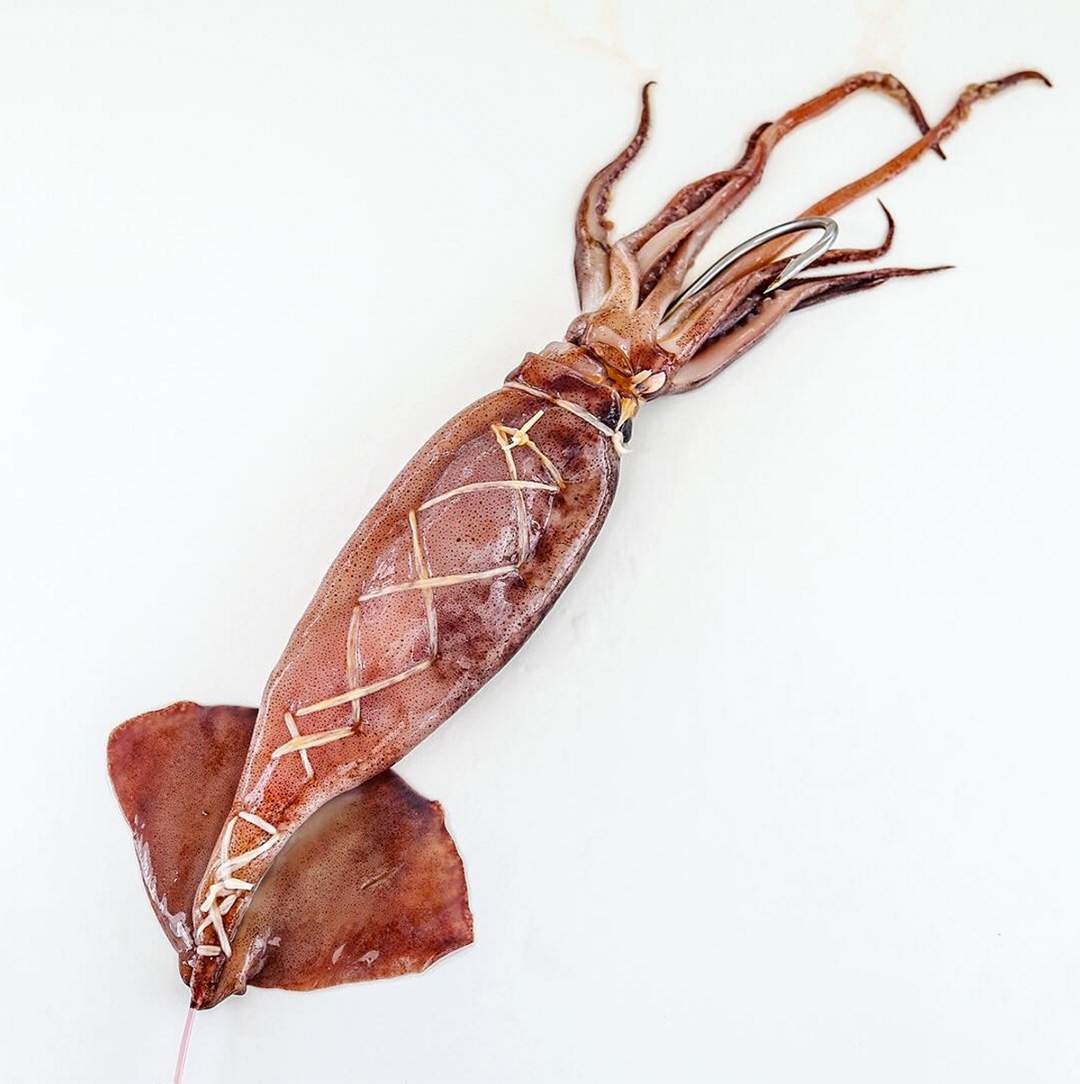 [A rigged squid can be deadly when targeting swords, but due to its soft texture, they don't hold up well for repeated drops. Photo courtesy of Steve Dougherty] 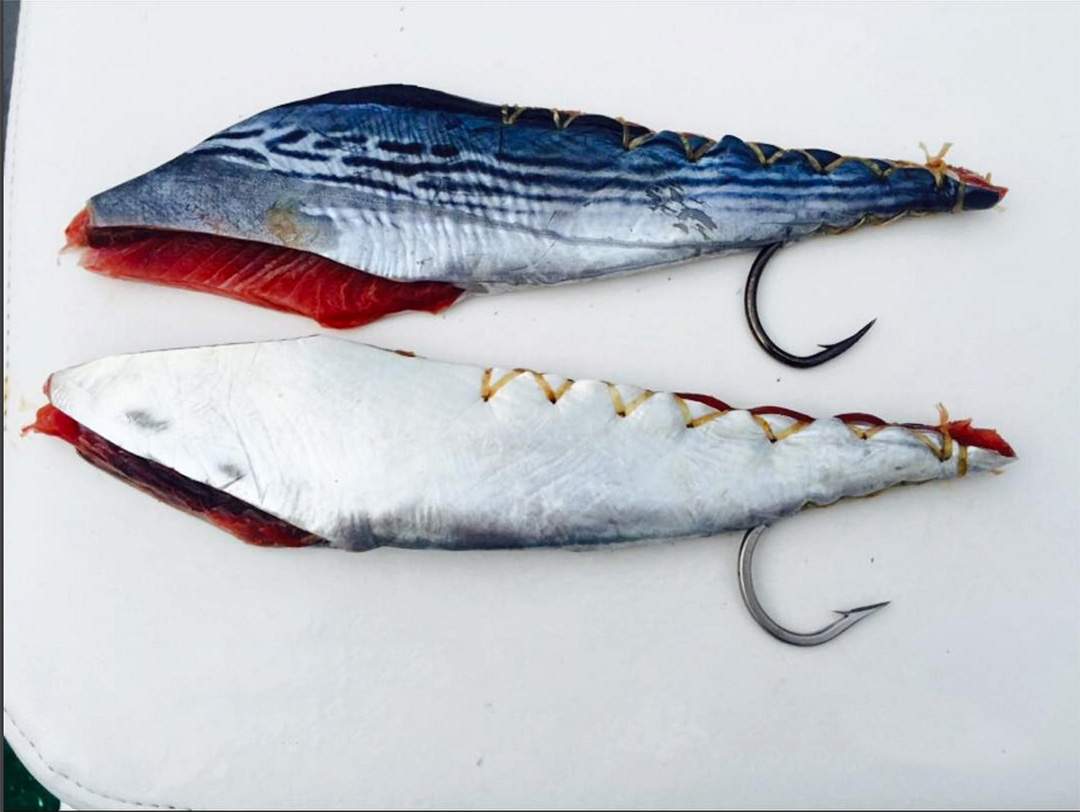 Deep drop swordfish pioneer, Nick Stanczyk was raised in the iconic Bud & Mary’s Marina in Islamorada, Florida Keys. Stanczyk’s family lead the charge in daytime deep drop swordfish fishing and since then, Nick has perfect his skills to a near art form. His ability to read conditions and bottom contours is second to none, which makes him one of the most successful rod and reel sword fisherman on the planet. Nick now runs a successful charter business out of Bud & Mary’s marina aboard his beautiful, Pelagic wrapped, 37’ Freeman taking clients out and putting them on the fish of a lifetime. If swordfish are at the top of your bucket list, then take a vacation down to the pristine Florida Keys and book a charter with Pelagic Pro Team Captain Nick Stanczyk. 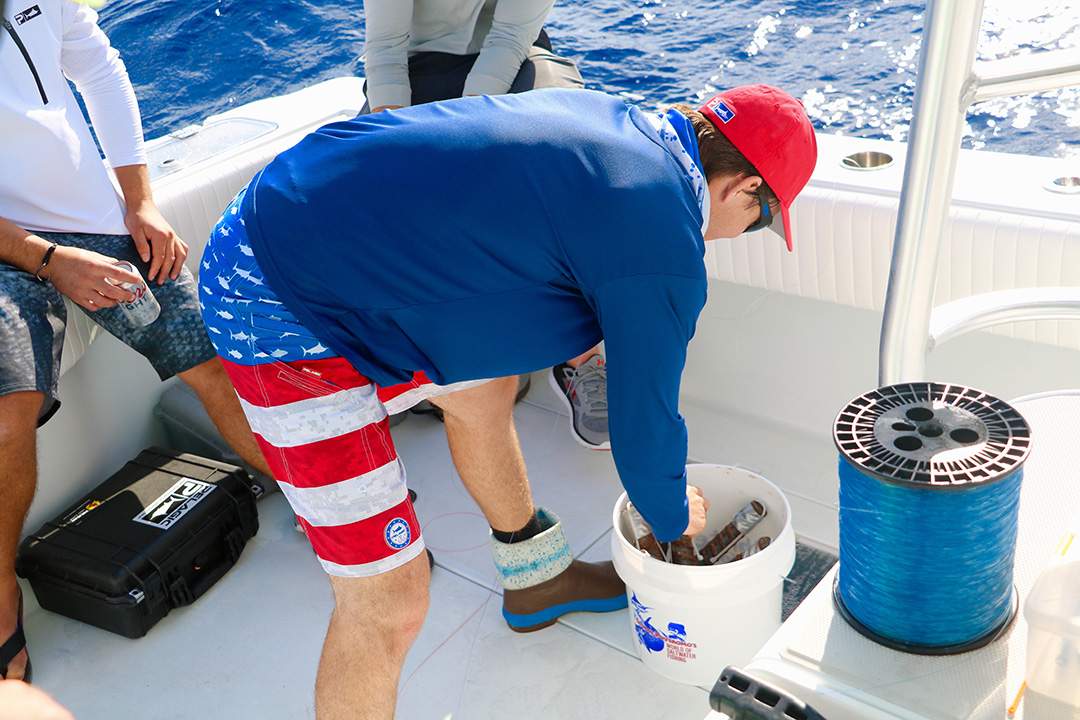 [Capt. Stanczyk rigs 8-10lb custom rebar weights to the mainline to get the bait down to the "bite zone"] 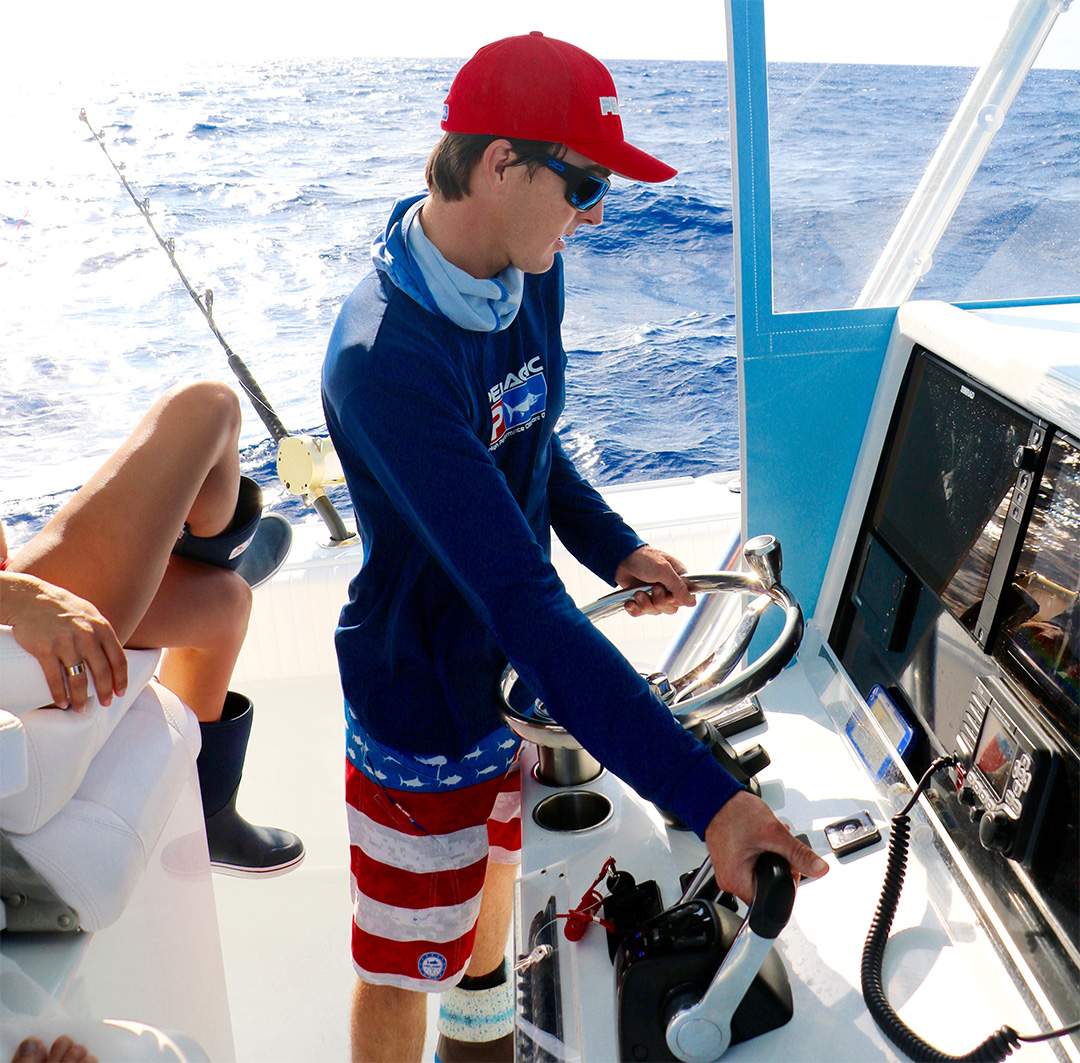 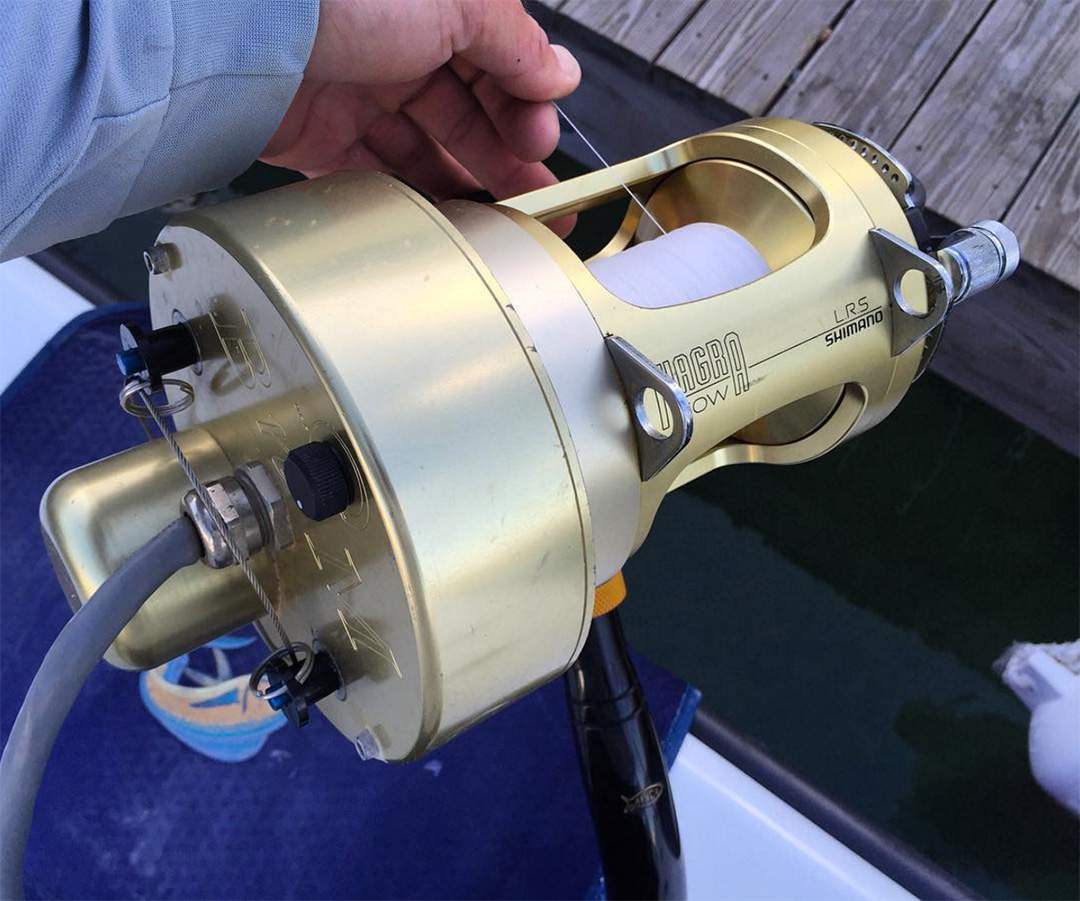 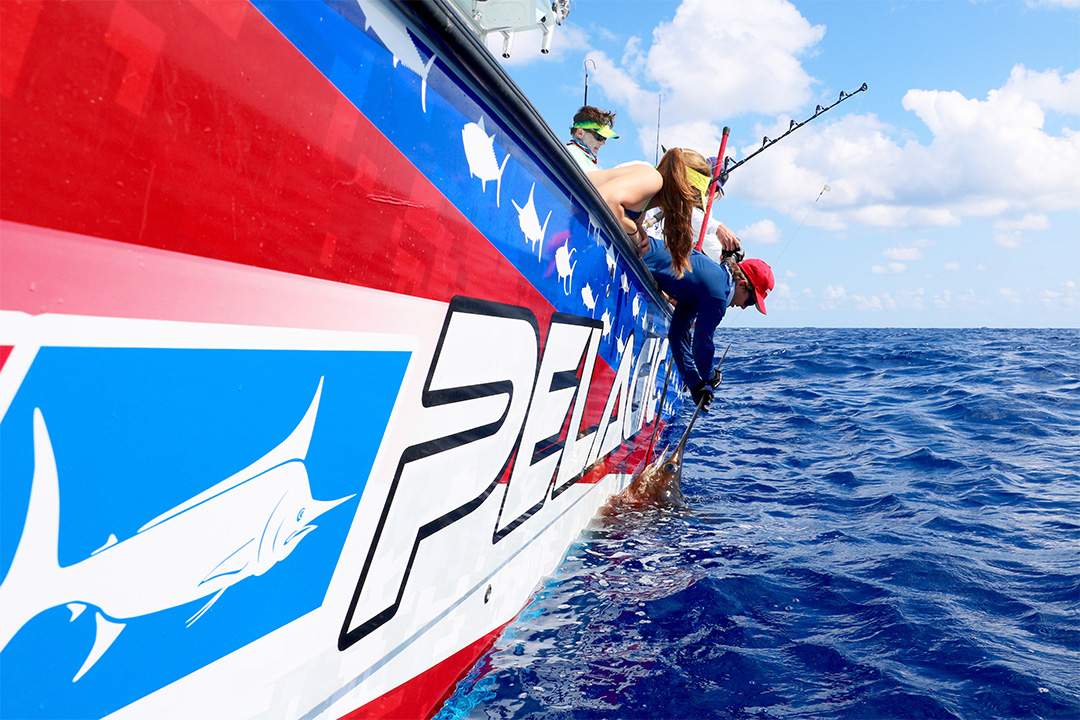 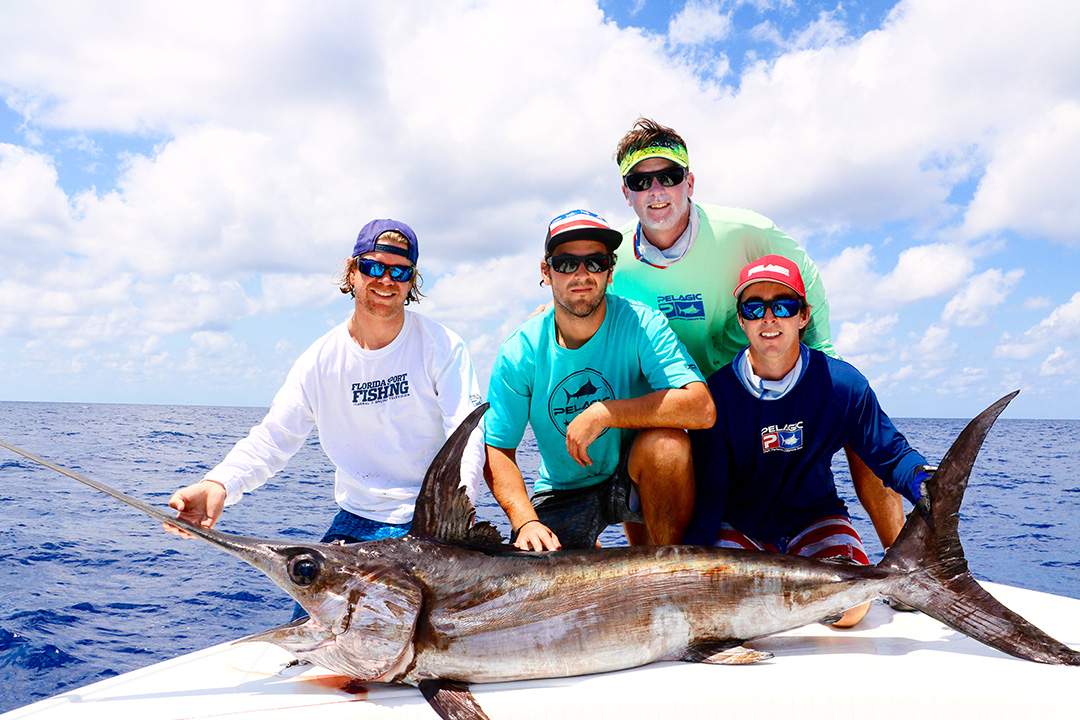 [Swordfish are a rare catch for most, so getting some good photos is crucial] 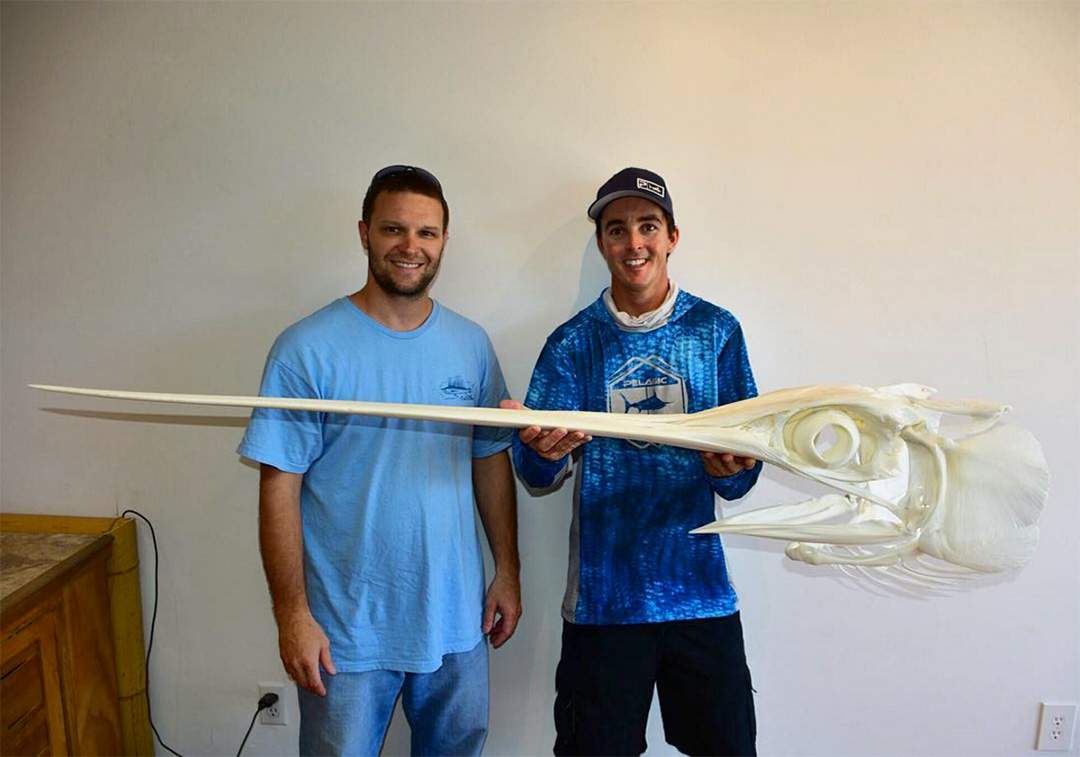 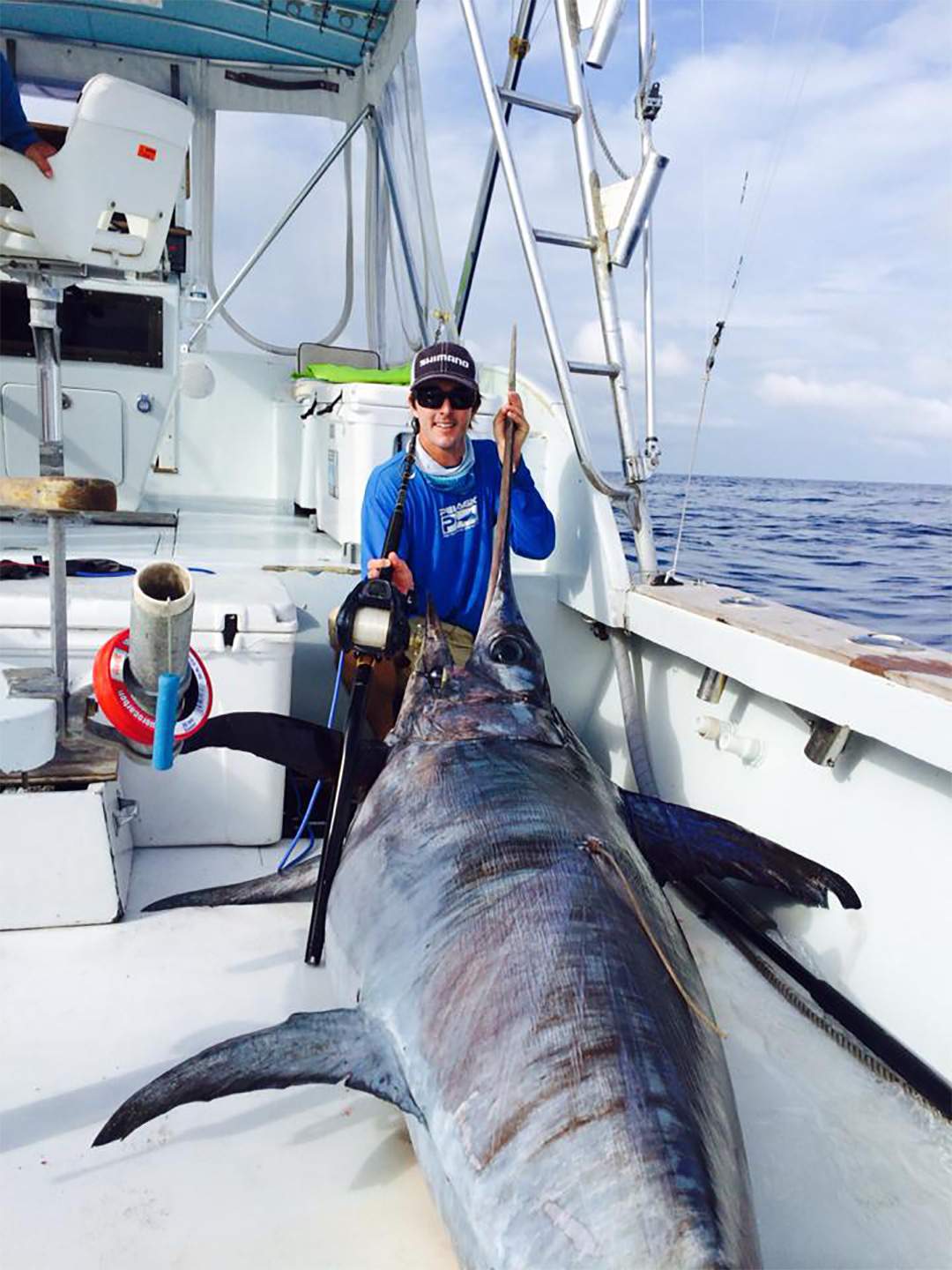 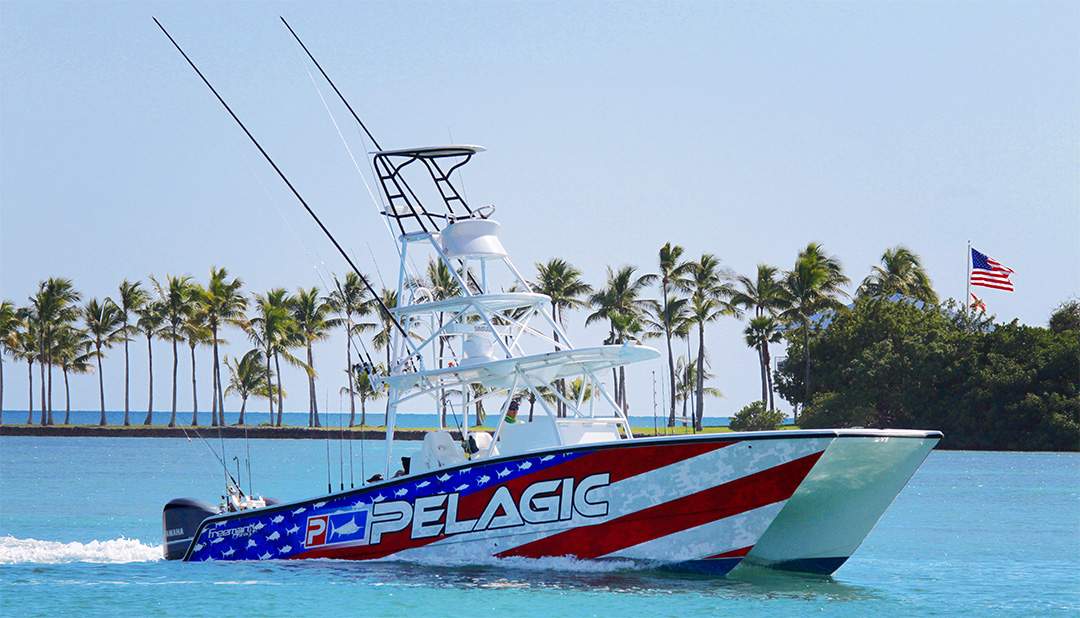