Things continue to build in terms of the fishing on the Southern California front. Southland anglers have held a collective breath since the first report came in a couple months back of yellowtail on the chew at the Coronado Islands, in hopes that an early hit on hot local fishing wasn’t just a quick happenstance, but signs of even better things to come. Well, you can exhale SoCal… it looks like that long-awaited “normal” spring/early summer fishing season has arrived.

Yellowtail are the main game in town right now, with fish being caught all along the coast, at the islands and offshore on kelp paddies. The most productive spots have been at the islands off the coast such as the Coronados, or San Clemente and Catalina Islands. Last weekend, Pelagic Pro Team Captain, David Wolfson, took six anglers aboard Pesca de Oro to SCI, where the group scored easy limits on the feisty jacks up to 20 lbs.

Below: Hamachi for all aboard Pesca de Oro // Jack Koeller with a nice kelp paddy yellow. 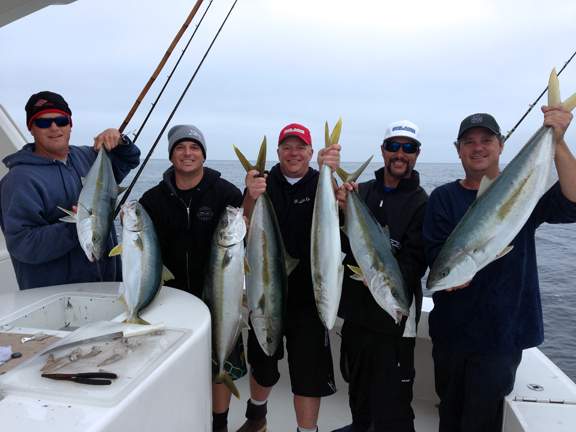 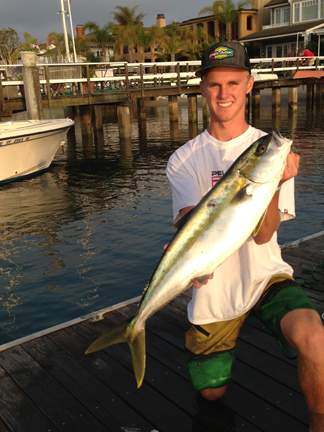 With the waters warming along the coast to 70-degrees in places, yellowtail are being found on kelp paddies that have broken away from the mainland and rode the currents offshore. Finding a paddy in the right temperature and color of water has produced decent numbers of fish for both private and party boaters. On its maiden voyage, Captain Mike Pritchard guided his anglers aboard Tribute (a name dedicated to the late, great Bill Poole) to limit-style yellowtail fishing on paddies found not far into Mexican waters.

The bite offshore north of the border, however, has been inconsistent, with weekend pressure seeming to plague the fish with a bad case of lockjaw. Those that venture offshore mid-week have a far better shot at finding a spot of fish that want to bite, mainly because there being less boats on the water.

Below: Captain Mike Pritchard of Tribute helps a young angler present a solid yellowtail // "Flatties" are lurking the shallows, especially during periods of the grunion run. 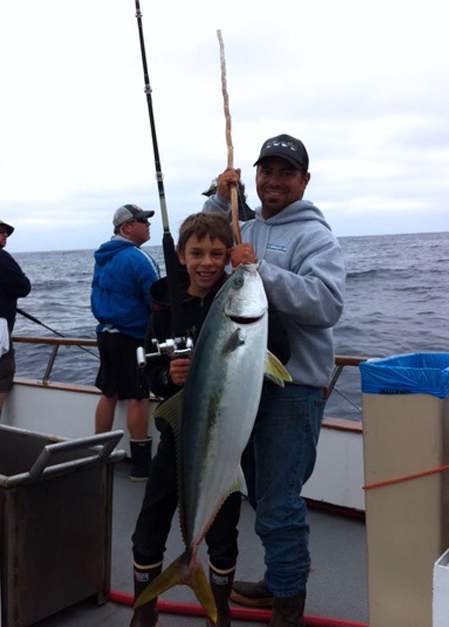 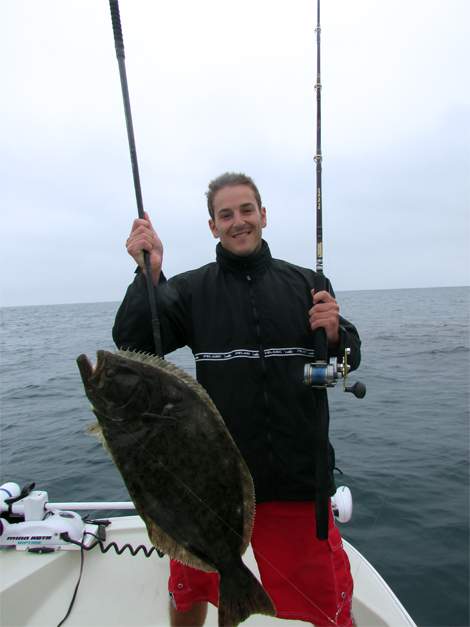 The inshore scene remains steady – those that dedicate themselves to fishing kelp lines, beaches, and bottom structure can put together a nice mixed bag day of calico and sand bass, a sprinkling of rock fish, and a shot at the more coveted halibut or white sea bass. Speaking of WSB, there have been reports of bites “exceeding epic” standards for a couple boats getting lucky at the islands, scoring limits for every angler on board. While the big croakers have been on and off for a few weeks now, the best reports continue to come from up north in the Channel Islands.

The big news of the season came from boats fishing roughly 200-miles south of the border. Long range vessels Shogun and Independence called in with the first decent scores of Bluefin and Yellowfin Tuna of the young season. The Bluefin have been quality size (by Eastern Pacific standards) as averages are between 30-60 lbs. with a few larger fish landed going over the 100 lb. mark. While this news does not immediate effect those waiting to book an overnight trip in SoCal, it does bode well for the upcoming weeks and months as we hope these fish continue up the line – something that hasn’t materialized of seasons’ past.

Below: A few of the 100-plus-pound bluefin tuna landed aboard _Independence _recently. 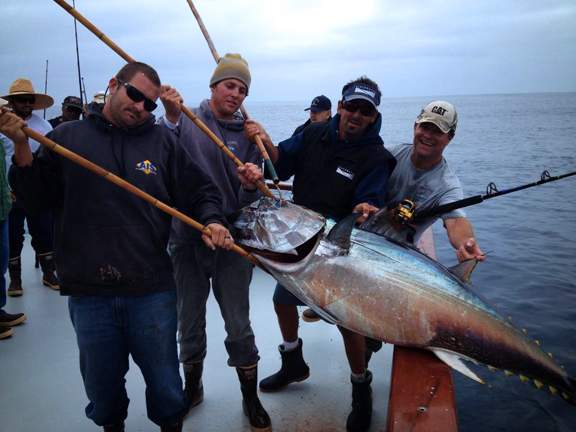 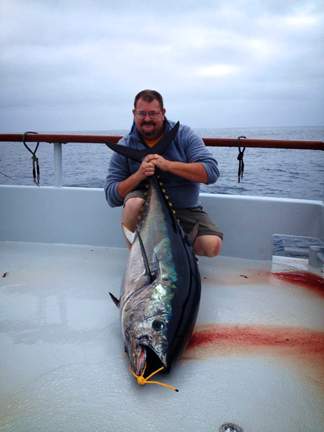 It still remains to be seen if the current and upcoming months in SoCal will be “just another sh*#ty season”, or if this summer’s bite will be one to behold for years to come.