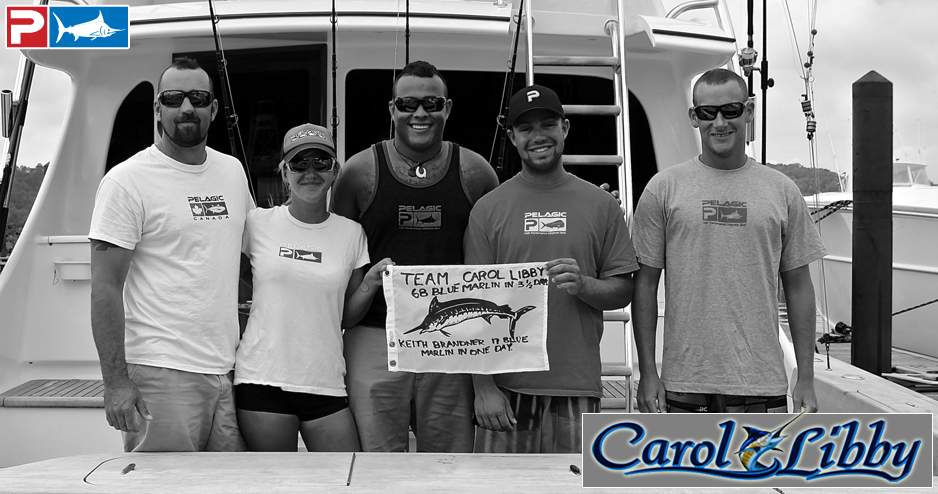 Think back to the best fishing day you’ve ever had. Maybe it was catching that first grand slam offshore. Maybe it was limiting out on your favorite “table” fish. Or was it that winning tournament sailfish in the last minute of the event? Or possibly your first swordfish? Whatever the case may be, I can guarantee you the feat that the crew aboard Carol Libby pulled off during the dates of July 14-17, 2013 will blow you away.

Fishing at an “undisclosed area” off the coast of Central America aboard the 60’ Spencer, Pelagic Pro Team Captain Josh Temple, along with mates Juan Andres Spragge, Andrea McQuade, James Brown, and primary angler Keith Brandner found themselves in the middle of a red-hot blue marlin bite that they will not soon forget.

According to Capt. Temple, the surroundings were “less-than-ideal” with off-color, green, non-typical blue marlin water conditions; however, the predominance of bait caused the unusual congregation of billfish – particularly blue marlin – in the small sector of water fished.

All marlin were caught fishing two Pro-Soft Pandora teasers to bait and switch, or on live bait using Shimano Talica 50s and 25s, with 130# Yo-Zuri Pink Fluorocarbon leader. Using these techniques, the team was able to secure their spot in the record books. In less than a four-day stretch, they raised 115 marlin, and caught 68 fish from 94 bites. Keith Brandner released an incredible 45 blue marlin in 3.5 days of fishing, including 17 in one day on July 16th.

Below: 1 of the 68 blue marlin caught by the team aboard _Carol Libby _takes flight before successful release. (photo: Captain Josh Temple) 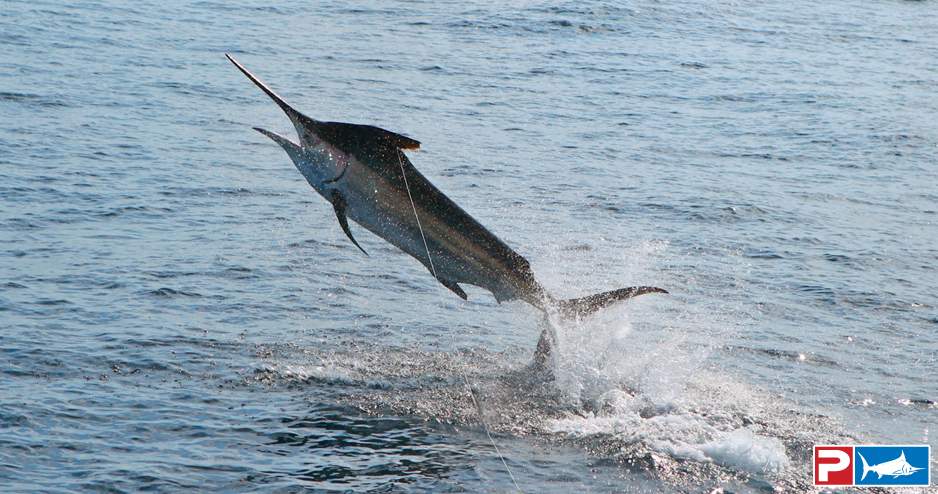 Here is the breakdown of their four days of fishing:

The team aboard Carol Libby , in three months alone this year (since making the crossing from the Atlantic through the Panama Canal), has raised over 500 blue marlin. And, if not for fly-fishing exclusively in months past for the 20-pound tippet IGFA record (an extremely tough feat where many fish are broken off), there is a very high probability that they would have raised 500 more.

If there was any question about the health of the world-wide blue marlin fishery, this should end any doubt. Here is the video from their record-setting trip.