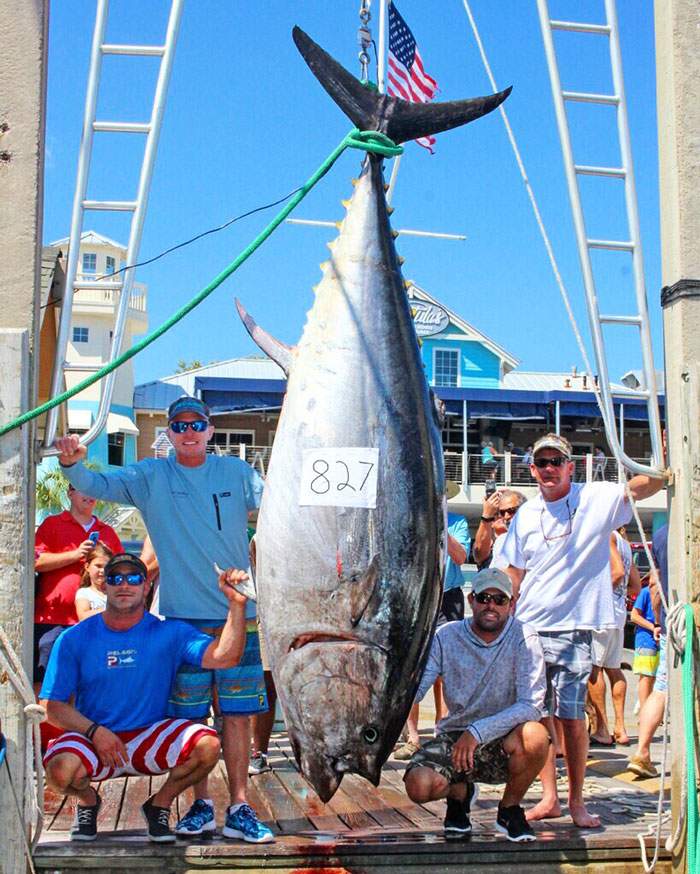 Capt. Joey Birbeck, here, checking in... It was the first trip of the season and we were doing a shake down run on YOU NEVER KNOW! after being in the boat yard in South Florida for 3 months. We left out of Destin Harbor early on a Saturday morning and headed out to the rigs. Our first stop was at oil rig Blind Faith where we made a loop trolling and marked a good amount of bait. We continued on to Thunder Hawk, Thunder Horse and then the West Vela drill ship. The best show we saw was at Blind Faith so we decided to post up there overnight for the morning bite.

We started catching our bait at 3 am and filled the tuna tubes by 5 am, at which point we put the baits out. At 6:03 am we got THE bite and we knew it was a good one when it pulled half the spool off. Forty-five minutes later we had the fish coming but it took another long run. 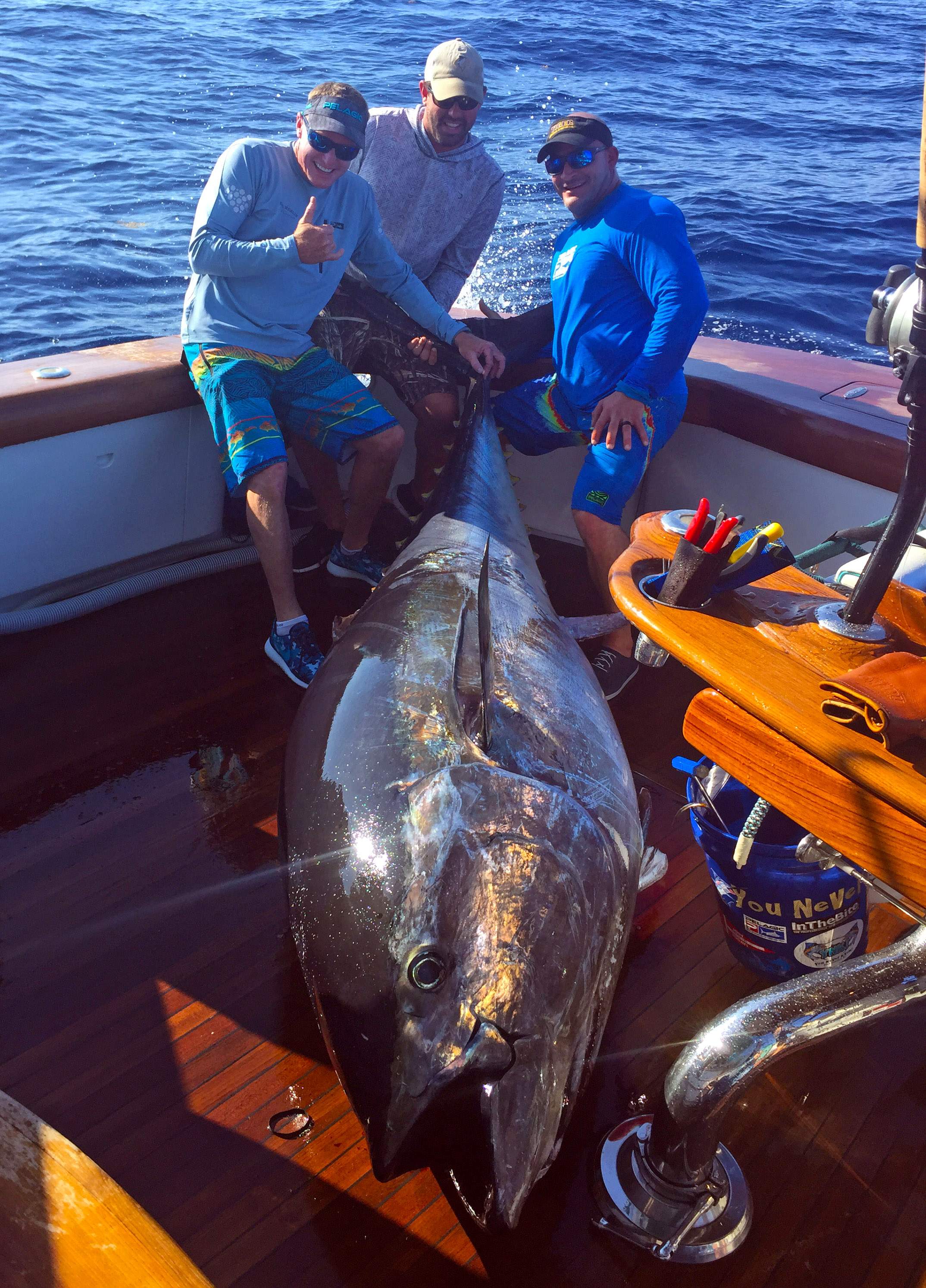 The stoked YOU NEVER KNOW! crew with their massive bluefin just after getting it on deck.

After another hour or so we realized the fish had died. We tried everything to work the fish up the water column; a good 3 hrs later and angler Rick Whitley had the fish boatside and we finally got our first look at the giant we had hooked into. At that point it was all hands on deck to help haul the beast onto the boat.

Because of the size of the fish we knew we couldn't keep it properly cooled for another full day of fishing so we decided to cut the trip short. We headed back to Destin and got to the harbor around 3 pm and did a courtesy weigh-in at the coop. The fish weighed in at 826.8 lbs making it not only the biggest fish ever caught on the YOU NEVER KNOW! but also a pending Florida state record! It was definitely an epic day and a trip we’ll never forget! 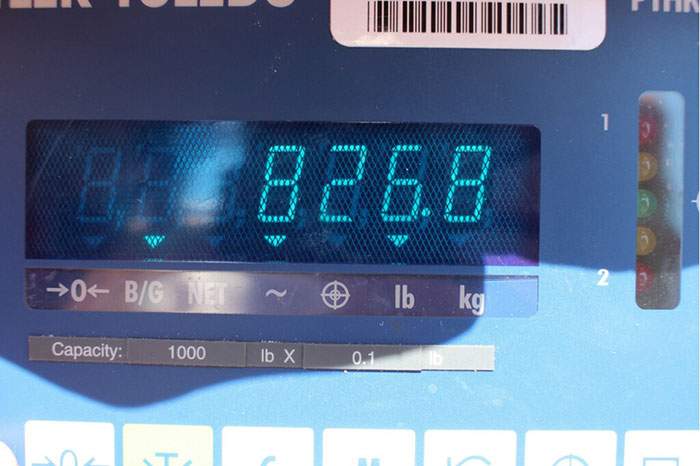 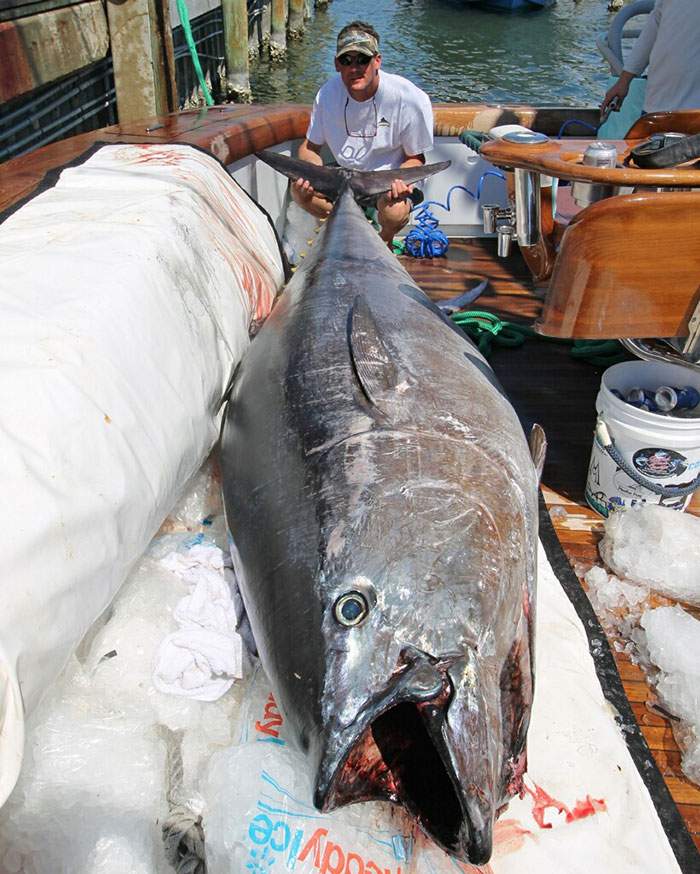 Another look at the massive bluefin resting on ice before being hauled off the boat.