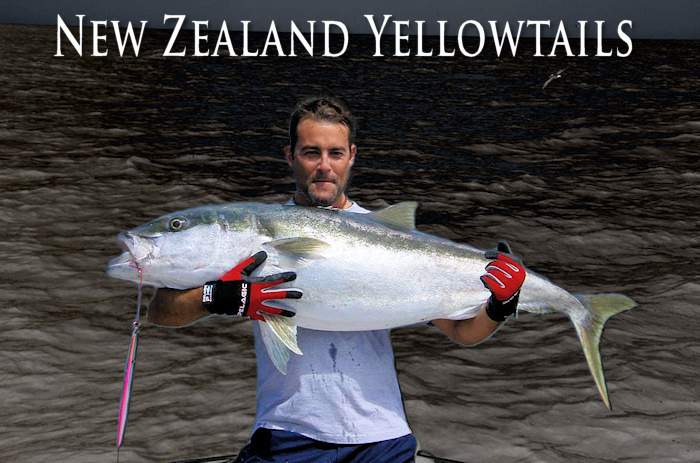 In the deep southwest Pacific lies one of the world's greatest and unique gems. The islands of New Zealand hovering just over 1000 miles off the east coast of Australia, is an isoloated oasis of diversified life found no where else. Some of the highest concentrations of unique exotic birds, insects, and animals are found to exists only here. Their deep waters running into the island also hold some of the strangest creatures on the planet. Many, including several species of fish and marine life, have been rediscovered here only after being claimed extinct for thousands, or even millions of years. New Zealand's variety of life makes it an important, yet highly under-researched part of the earth. There are no snakes on the islands of New Zealand, and extinction of several species was a direct result of humans interaction and introduction of other predatory species.

Below: Tucked away in a the corner of the globe, New Zealand is one of the planets truest and pristine islands. ... 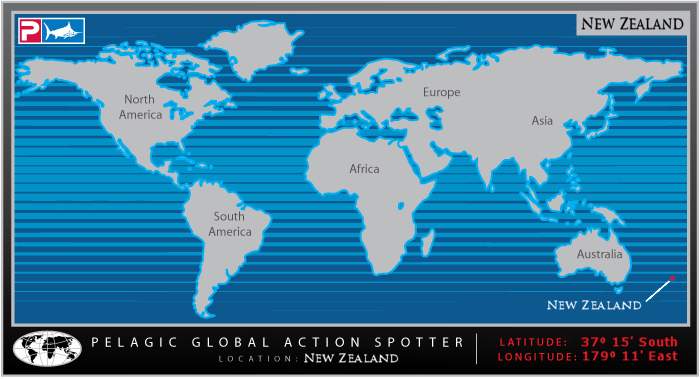 New Zealand is made up of two main landmasses... the North and South Island. A number of smaller islands also make up the country. The South Island rises sharp from the sea, with elevations at one peak towering over 12,000 feet. The moutainous and impressive landscape has been the filmed locations for major motion pictures and television programs due to its incredible untainted beauty. The climate varies on the island, often being influenced by the cooler southerly winds and ocean currents.

New Zealand isn't just known for its true trophy big-game hunting, it also boasts a superior freshwater fly-fishery. But it is the Saltwater Fishing that is equally or more impressive. During NZ's summer months, Marlin make their way in to feed on the plentiful bait surrounding the waters. Striped Marlin is quite the dominant of the billfish species in the area, however Black and Blue Marlin often raise havoc along with the Broadbill Swordfish. Yellowfin and Big Eye Tuna are also a high target for saltwater enthusiast. And of course, there are Yellowtail. Large Yellowtail.

We are very pleased to share some pictures from our good friend Bonze . His recent epic Yellowtails have been keeping us on our toes.

Below: Hooked UP! A battle with a Yellowtail begins! 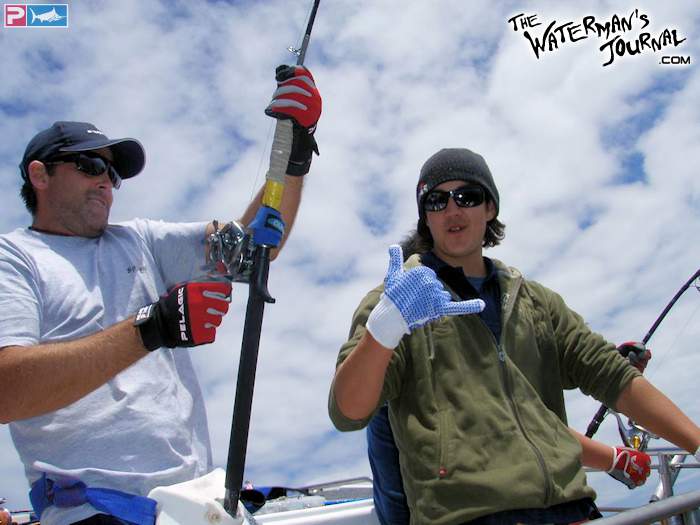 Bonze and crew are on a journey fishing the Ranfurly Banks , off the east cape of the North Island. This area is known as the Cape Horn of New Zealand. While also referred to as 'Jurassic Park', many world record fish including billfish have come from these incredible locations. But the boys are on a jigging adventure in hopes of pulling up some monster Yellowtails!

Below: One of several quality Yellowtail are hauled up 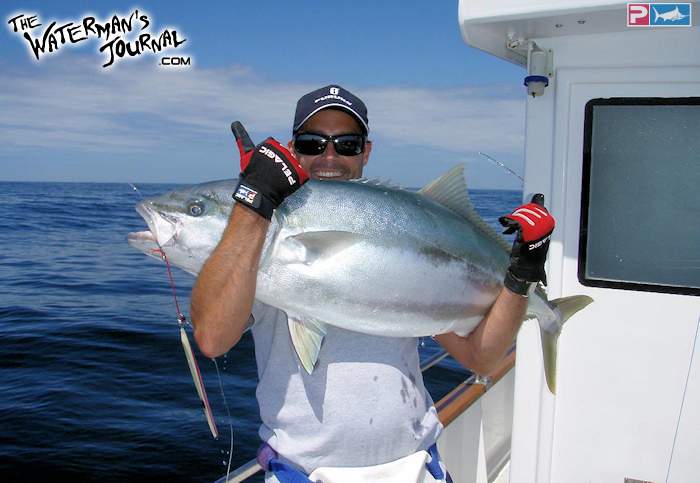 As referenced from wikipedia, The Yellowtail (kingfish) is often regarded by anglers as pound for pound the hardest fighting fish in the ocean. The are often referred to as "kings", "kingies" and "yellowtails". Yellowtail that are over 1m in length are often referred to as "hoodlums" because of their difficulty to land once hooked. As soon as a kingfish is hooked, they will often head straight towards the nearest snag or sharp object in an attempt to cut the line. A good place to find kingfish is around pinnacles or heavy structure under the water, but anywhere where bait is present is bound to hold kingfish.

Below: Speed-Jigging can be a productive, yet exhausting way to hammer these fish... "All Smiles" 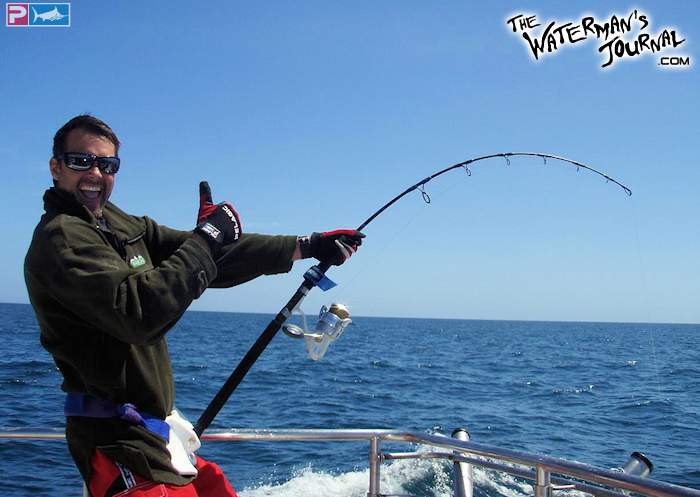 Below: Another killer YT falls prey to a jig... 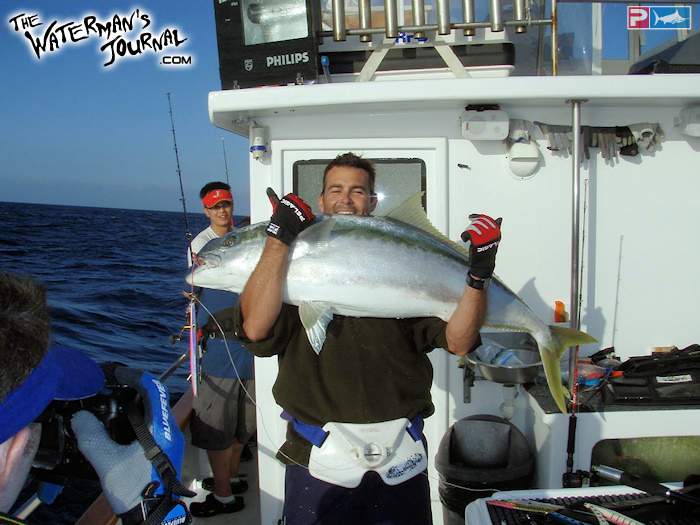 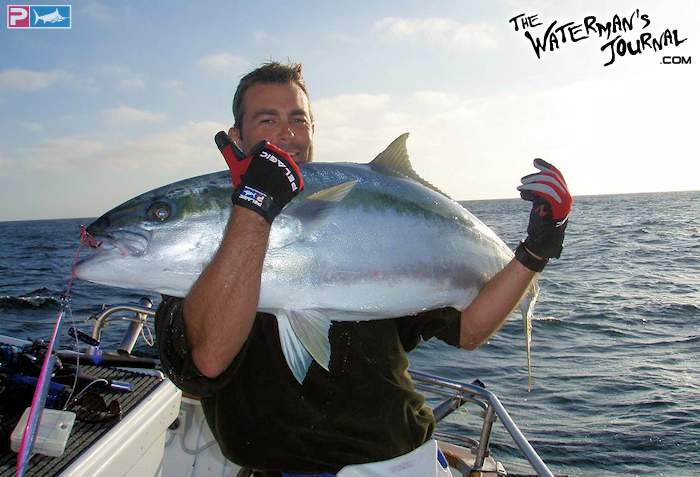 Below: Another beast gets hoisted up for a picture! 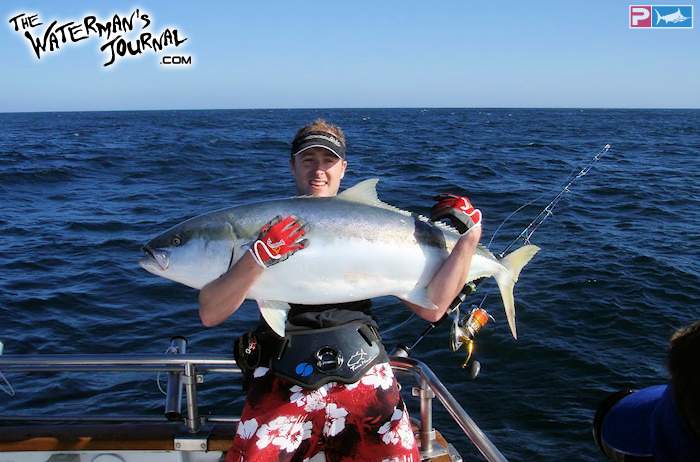 Many of these YT Giants were caught anywhere from 35m down to 135m of water depth. The size ranged from 20kg up to an impressive 37kg beast that Bonze is able to conquere. We caught in one session over 50 fish with 9 being over the magic 30kg mark. Average fish would have been around the 20kg mark.

Below: The boys kept on destroying the fish in epic fashion 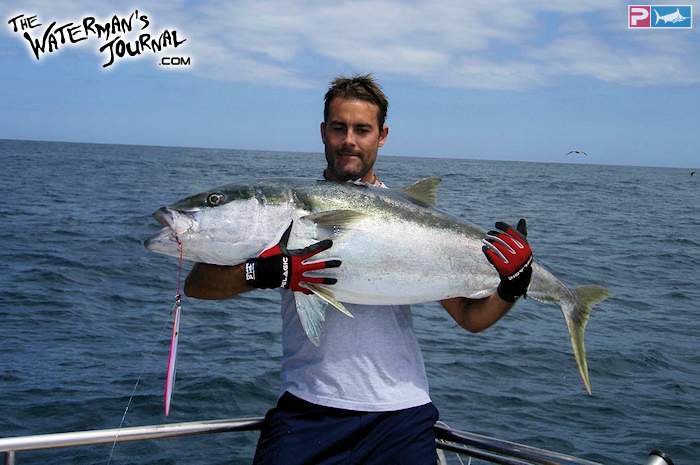 Below: Other species also fall victim to the jigs

Below: Everyone certainly got in on the fun ! 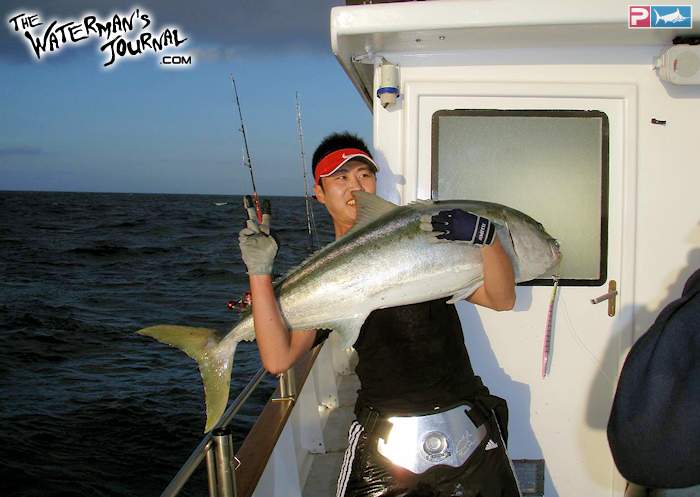 Below: A great day of kicking some major ass! Congrats all! 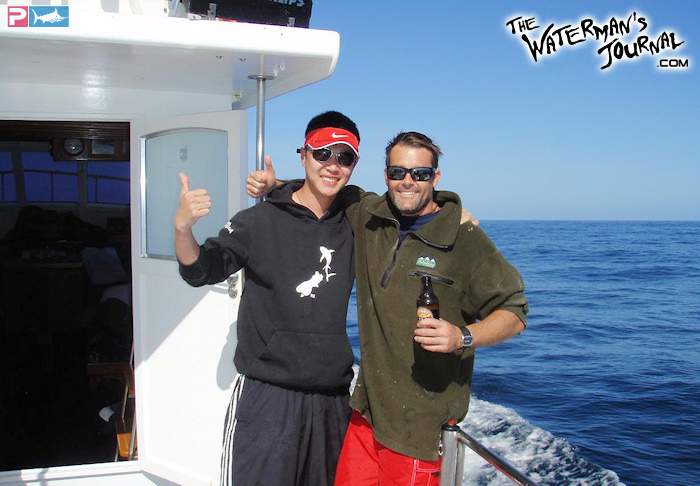 The Waterman's Journal would like to thank Bonze and his buddies for sharing their remarkable adventure with us.