Madeira Heating Up for Monster Marlin 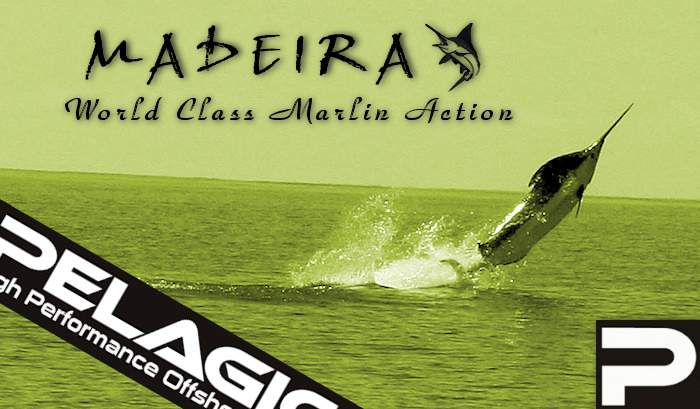 Just over 350 miles offshore from the northernmost coast of Africa lies one of the truly world renowned hotspots for Monster Marlin. Some of the largest Blue Marlin in the Atlantic hang off Madeira Island, and is no reason why sportfishermen flock from all around the world to take their chances at landing a Grander .

Anibal Fernandes and the crew of the ** M.Y. Balancal** ( madeira-marlin.com )have been no stranger to big game fishing, having landed their share of trophy Marlin and thunderous Tuna over the past 20 years! Starting in the months of May and June, the waters off the island begin boiling with Epic Blue Marlin along with a chance at an elusive White Marlin or Spearfish. Along with their stocks of trophy Billfish, there is also a healthy fishery of Big Eye Tuna for anlgers to enjoy on lighter tackle.

Below, The Waterman's Journal is keeping watch on the worlds next Grander that may very well come off Maderia, far in the Atlantic: 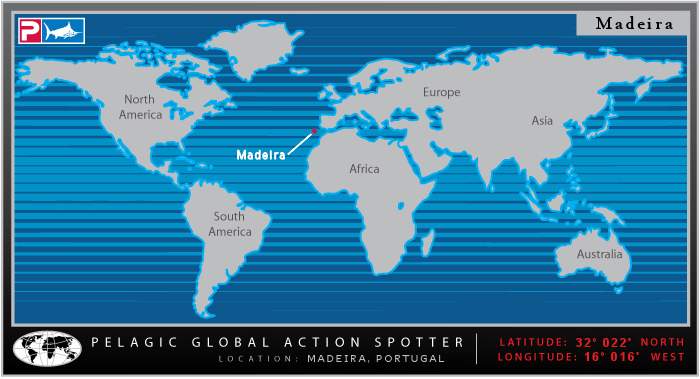 What makes the waters off Madeira some of the best in the world?

With over 80 miles of beautiful coastline, Madeira Island is well placed in the Atlantic Ocean, and its mountainous uprising from the deep breaks the surface and rises to over 4000'. The climate and water temp is fairly consistent for as far north as Madeira resides. It is no wonder the island is a geographical magnet for many Pelagic species and the prey they seek. 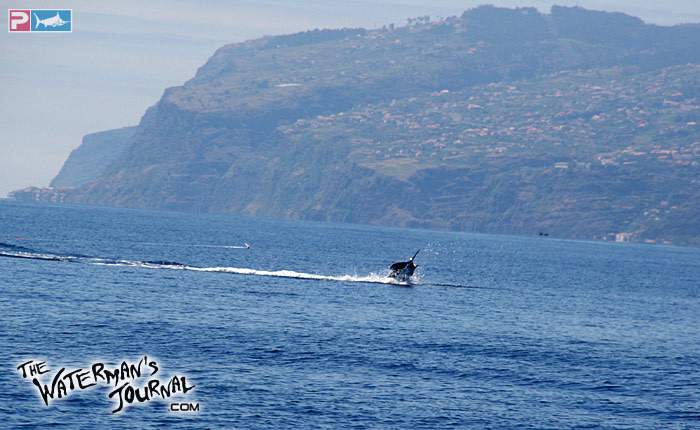 While much of the fishing takes place just a few miles from land, it is not uncommon to hook a beastly bill less than two miles from shore. The scenery alone provides the backdrop of a great trip out, however the encounter with Marlin in excess of several hundred pounds adds to the epic journey. 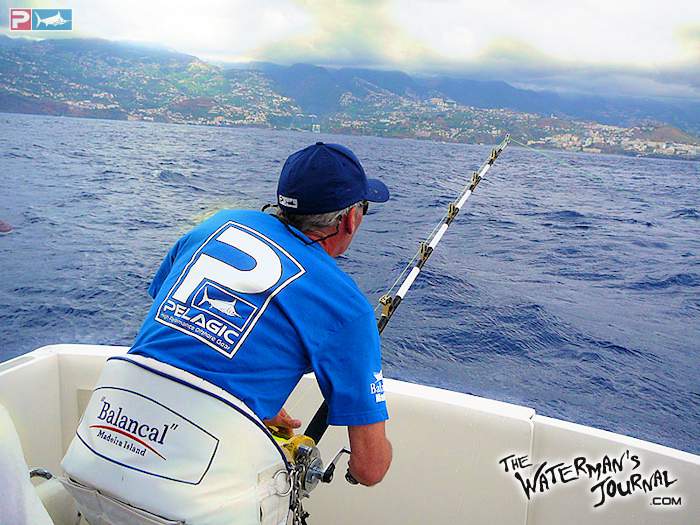 On average, the typical Blue Marlin landed off Medeiran waters run about 400-700lbs, however Epic 1000lb Granders are hooked every year. In addition to Blues, there is a possibility of encountering the elusive White Marlin and Spearfish. 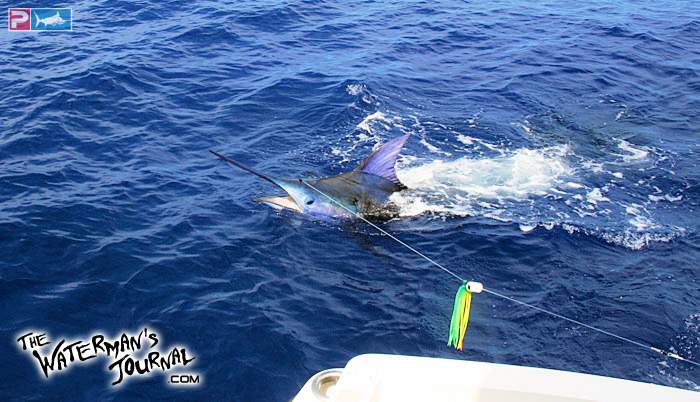 The most common method of attracting and enticing Marlin is by standard traditional lure trolling. Marlin of all sizes are fooled into taking a nicely presented lure in the spread. With these new modern times, conservation has been heavily promoted in big game fishing and nearly all the boats off Madeira are outfitted with Heavy Tackle so to avoid a prolonged fight. The vast majority of all Billfish landed are safely released to be encountered again later by other anglers. 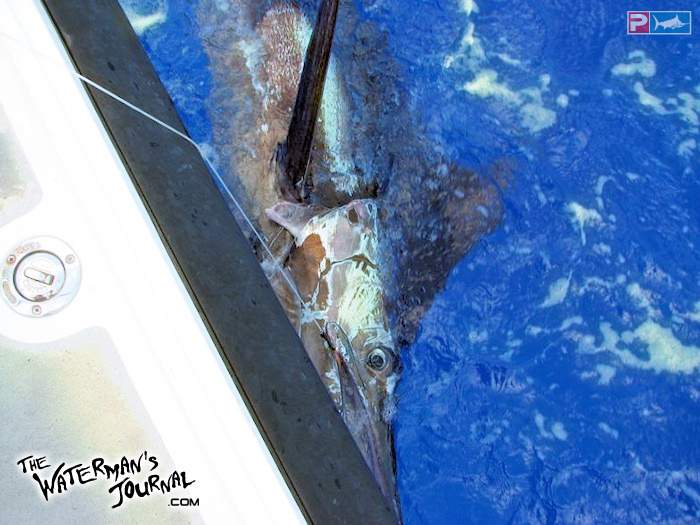 Anibal Fernandes and the crew of the ** M.Y. Balancal** have explored the great fishery Madeira has to offer and are regarded as some of the most knowledgeable and experienced the island has to offer. 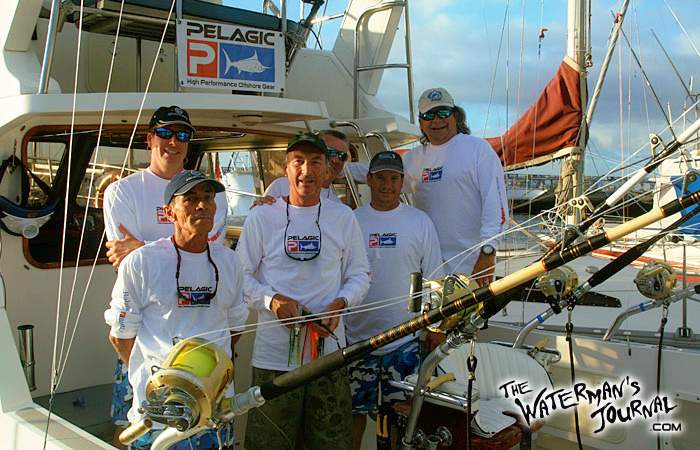 The Spearfish below was caught on Balancal on Tuesday 9th, June 2009. This fish is potentially a European record for this species in the 80 pound class.

The previous record is:

Below: The potential European Spearfish Record ... 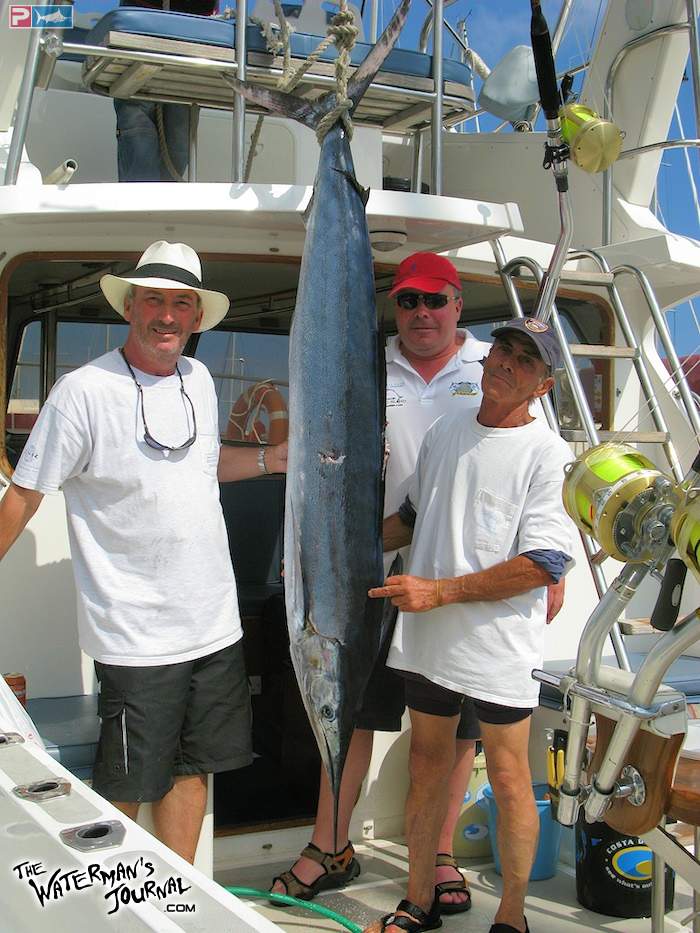 Below: The Blue Marlin in the photos was an estimated 600 pounds and was caught on 10 June also by angler Philip Scott on Balancal . 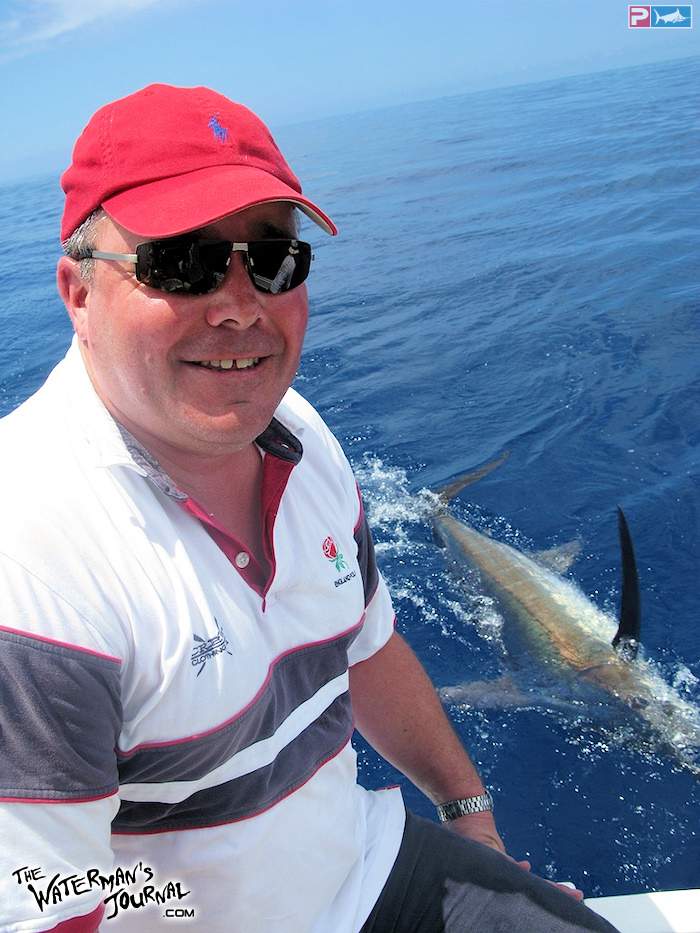 Below: Large Blue Marlin about to be released... 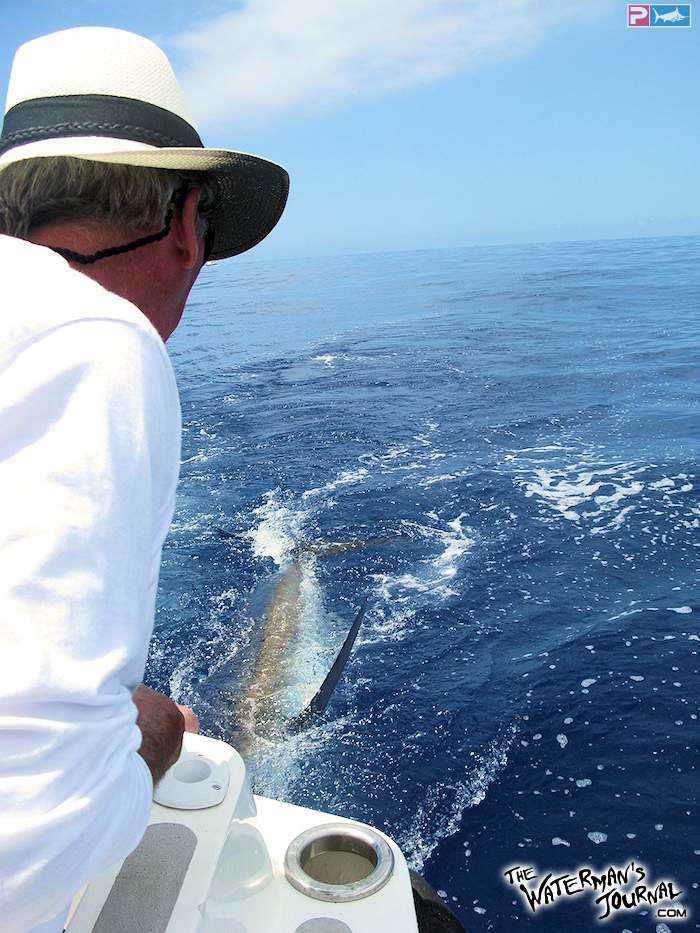 Below: Hooked up on a Grander Blue (June 17th) 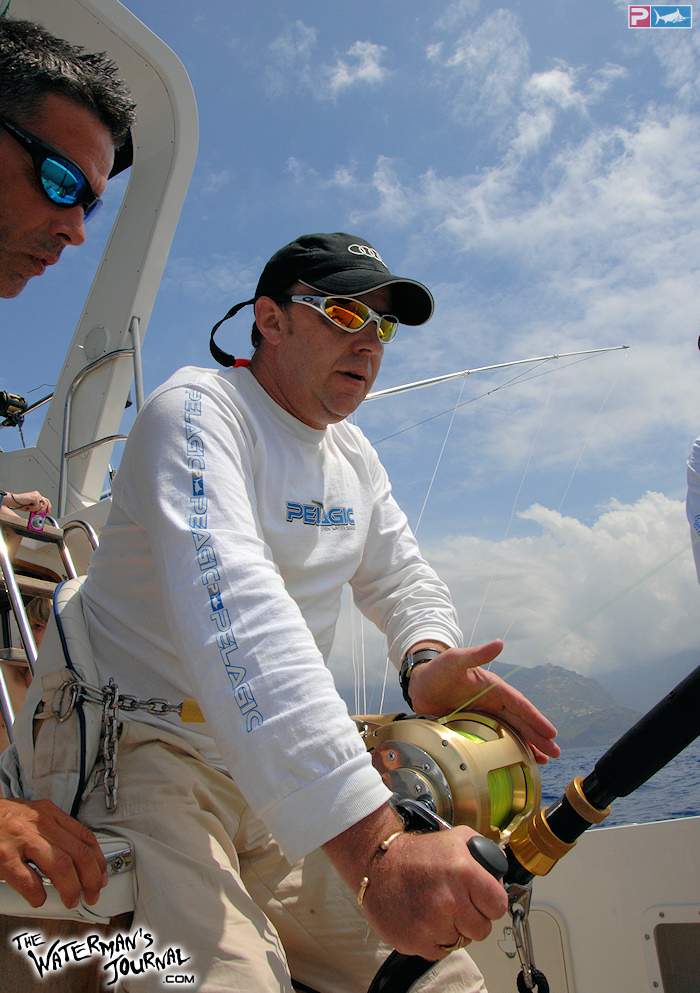 Below: The Madeira Air Show! 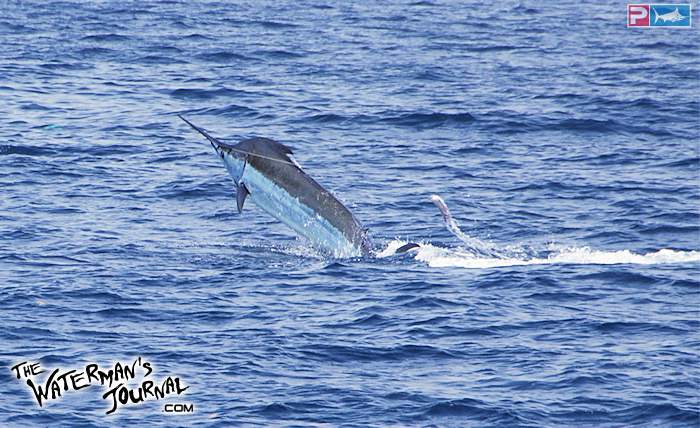 Below: The battle with a fish of a lifetime continues... 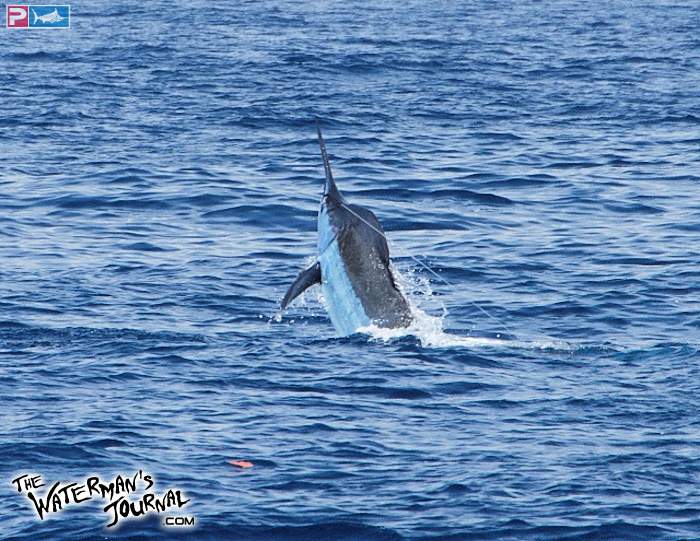 Below: One more superb Marlin for the crew of the Balancal to add to their résumé. 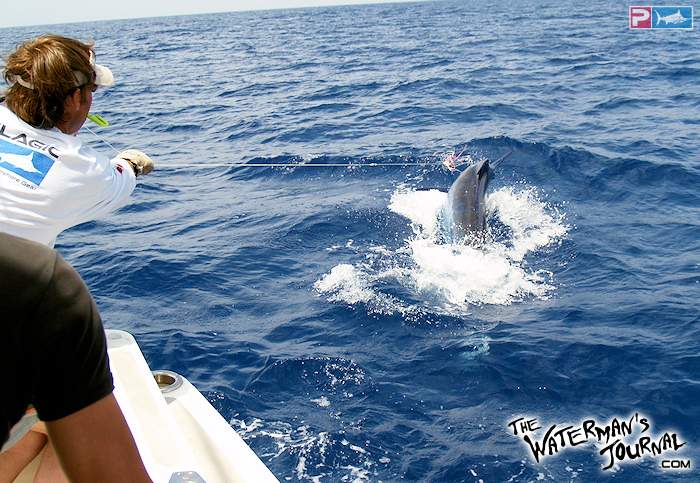 For more information on Madeira's fabulous Marlin Fishery or to book a trip with Anibal Fernandes aboard the M.Y. Balancal , simply click the image below. Tell them The Waterman's Journal sent you!