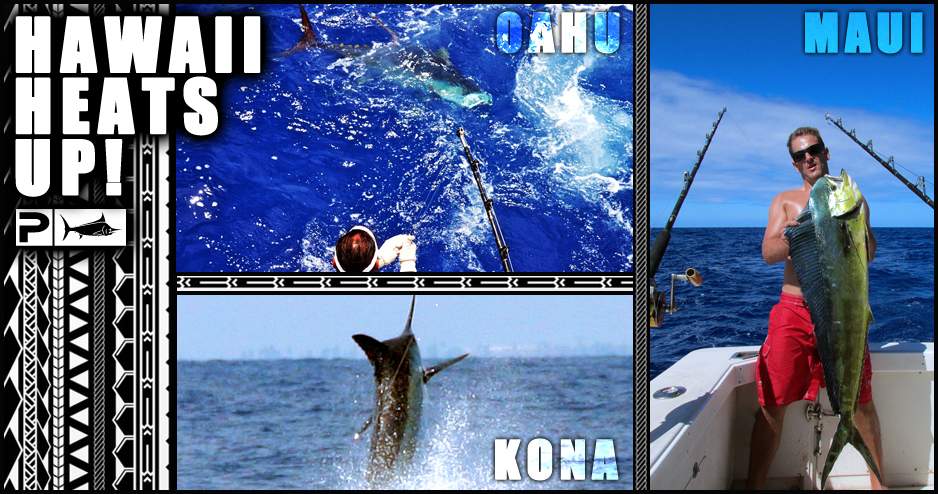 June is typically the month that the Hawaiian sport boat fleet looks forward to each and every year. The water continues to warm (not that it ever gets cold), which brings big game fishing to its yearly pinnacle as marlin, tuna, mahi, and ono make their way into the waters surrounding the Polynesian archipelago.

Below are reports from three separate islands:

Oahu :
John Berner fished on the charter boat Magic , out of Honolulu, for a very nice catch of Ahi (Yellowfin Tuna). Around mid-day, the boys spotted a nice pod of porpoise and positioned themselves to troll in front of them for a shot at the tuna that follow. They were not disappointed, as two solid hookups ensued. An hour or so later, the team boated both fish, weighing 180 and 187 lbs. respectively.

Below : Dexx and John with their prize tuna // One of the Ahi comes to leader // Photos by: Craig Joyner 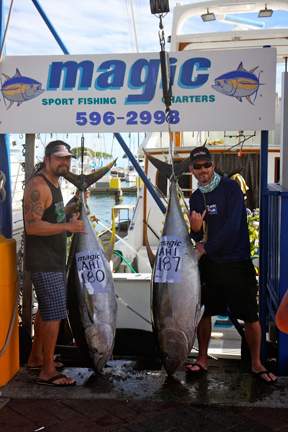 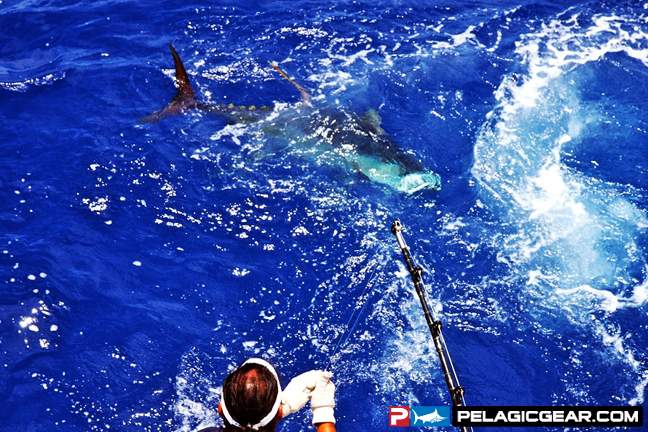 Also, on the northshore of Oahu, Capt. Chris Parker of H2O Adventures Hawaii ( www.Chupu.com ) landed some very large ahi over the 200 lb. mark. Seems like the yellowfin are on the chew if you can find the right pod of porpoise!

Below: Capt. Chris Parker and Kevin Chadick show off the offshore bounty of Oahu. 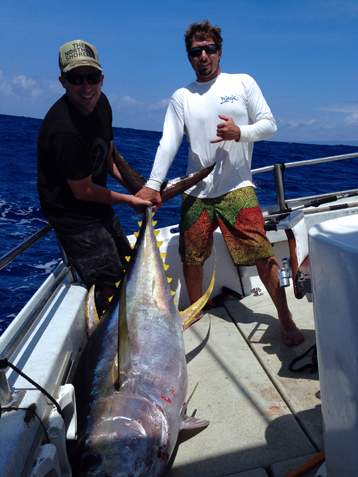 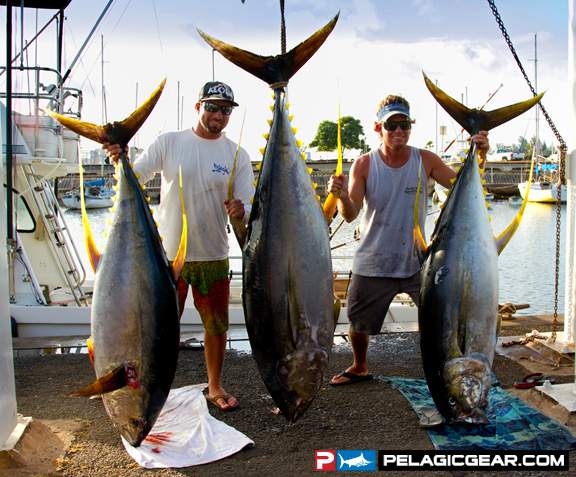 Maui :
Team Pelagic’s Colin Sarfeh spent a day fishing with Doug, Denny, Ross and the boys from Start Me Up Sportfishing based out of Lahaina. While the goal was to target large billfish during the early marlin season trip, the guys ended up having a lot of fun catching a few large mahi around FADs (Fish Attracting Devices). Currently, marlin are around in better quantity, so if you’re headed to Maui, make sure to give the guys from Start Me Up a shout to book a charter. ****

Below : Mahi in paradise aboard Start Me Up . 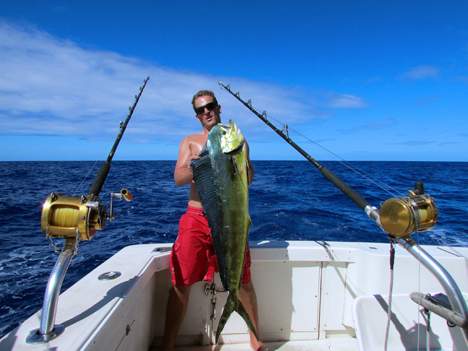 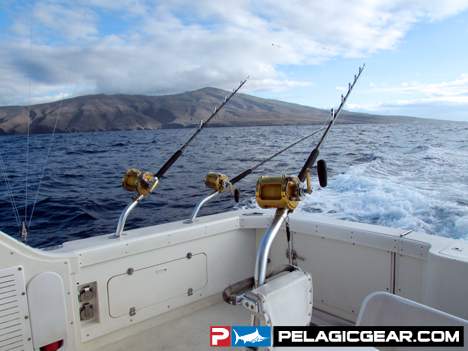 Big Island (Hawai’i) :
Big game anglers know that the blue marlin capital of the world lies in the waters off Kona on the Big Island of Hawaii. Pelagic Pro Team Captain Marlin Parker of the world-famous Marlin Magic II is one of the best in the biz when it comes to billfish. As tournament season heats up in Hawaii, look out for Capt. Parker and crew to take a few slots on the leader boards. If you want to fish with Captain Marlin Parker, better call well in advance! **** Here’s a nice blue from this week’s Kona Kick-Off Tourney…

Below : A hot blue marlin takes off for the Kona coast // Pelagic Pro Team Captain Marlin Parker shows off the goods // Photos by: Carol Lynne 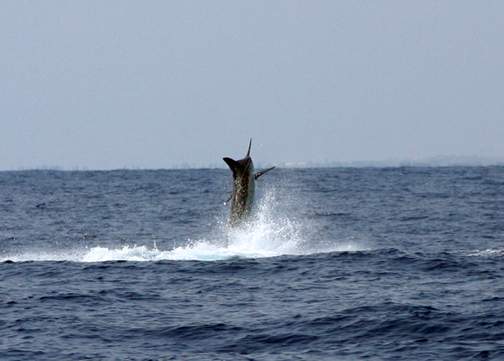 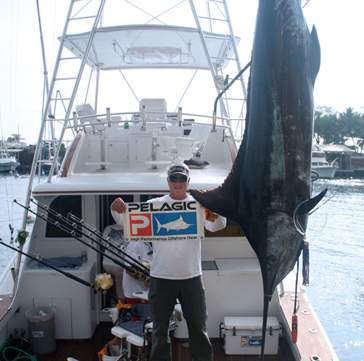