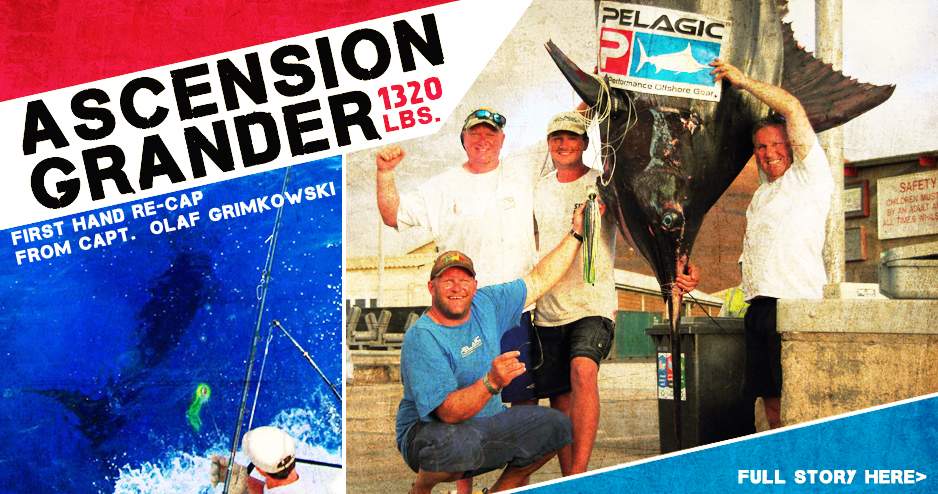 Ascension Island is, simply put, a Jurassic Park of fishing. Blue Marlin, as well as Yellowfin and Bigeye Tuna, in numbers and size roam these virtually untouched waters. The island is so remote, boat traffic, at its max, is minimal. The marlin off Ascension are so big, that captains sometimes find “puny” 200-300 pound tuna to be pests. The following is a first-hand recount from Pelagic Pro Team Captain, Olaf Grimkowski, fishing aboard _Harmattan , on how everything went down with the largest marlin to be taken in a very long time_: 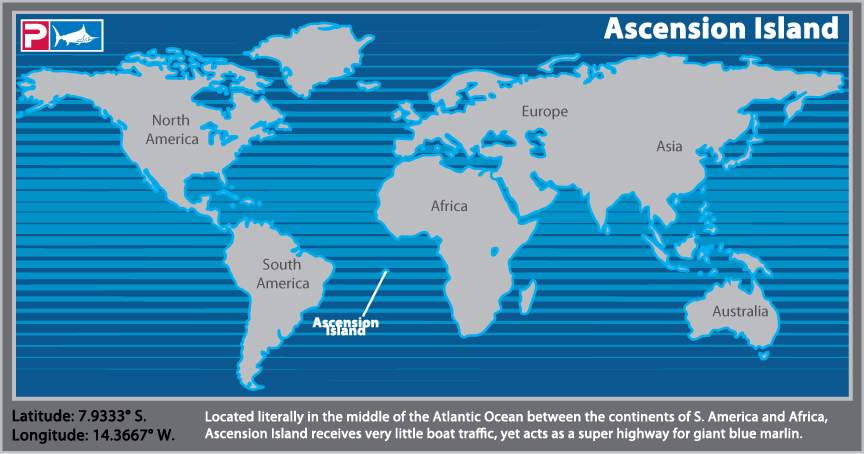 The 18th of February, 2013, a day that Phil and Kevin predicted to be our lucky day from the beginning of the week, turned out to be exactly that. The first four days of their trip we didn´t see any marlin. On the fifth day we finally raised one on a small, live yellowfin (tuna), but the medium-sized fish couldn´t be bothered to even try it. So, we went out to the southwest corner of Ascension Island with just myself and Emil Ruud (our trainee), who had never wired a marlin before. Colin Chester, my usual first mate here, had to do a night-fishing trip later on so he wouldn’t be joining us.

It was quiet as the last few days until about 1 pm when the long corner (The Blackbart Abaco Prowler) went off. A nice “crashbite” from the inside of the spread was followed by a decent run on the surface and some nice jumps 100-yards away. She looked like a big fish for sure. I had to turn and chase her three times, interrupted by another set of jumps until the fish was within 40 yards from us and dove down. The next 2 hours the fish never went further than 50-yards away, but it was not possible to get her up again. After two and a half hours, Emil touched the leader for the first time, but it took another 4 attempts until he finally turned the then very exhausted fish. It still looked very big to me and we decided to weigh her in.

Below: The giant Atlantic Blue Marlin weighing in at 1,320 lbs. is the largest seen in quite some time. 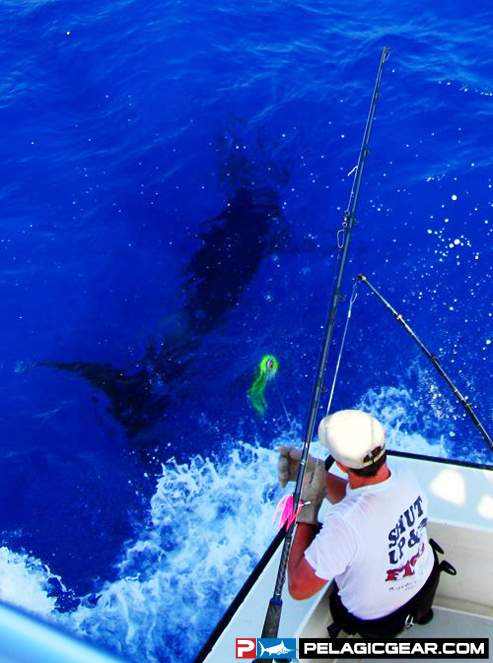 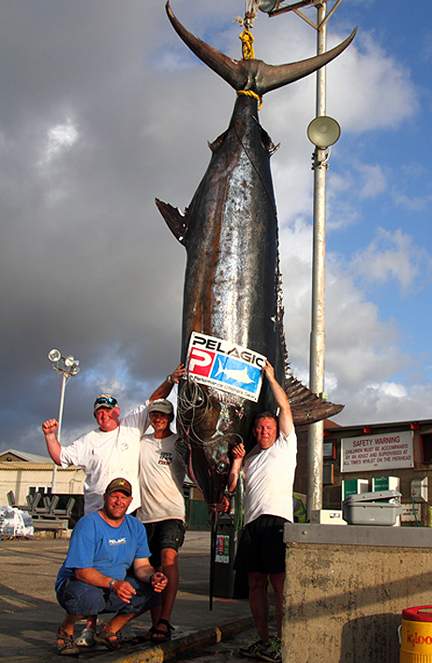 The fish weighed 1,320-pounds (only 82-pounds off the current IGFA all-tackle 1,402-pound Atlantic Blue Marlin world record), was 149-inches long (short length) and had a girth of 83-inches with only 19.5 inches on the tail. This was Kevin Gardeners first marlin in 23-years, when he caught a 750 pound black marlin in Cairns and his first Blue Marlin. Phil Riley (co-owner of the 36’ Rampage Express Harmattan ) missed another opportunity to land his dream fish after pulling a similar size fish off on the leader the year before.