Adventures of the CAROL LIBBY 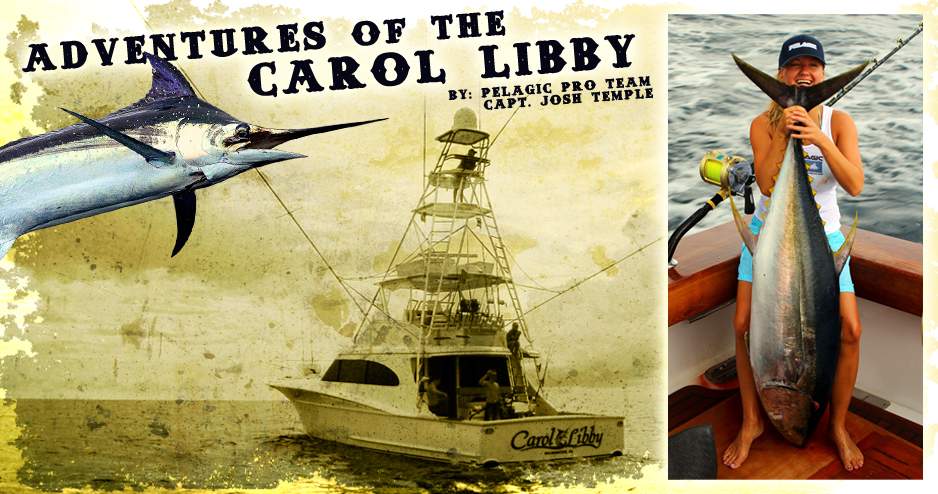 Adventures of the CAROL LIBBY
by Captain Josh Temple

Since arriving in Costa Rica, the crew of the new 60' Spencer CAROL LIBBY have been busy! Over the last two weeks the crew has raised a tremendous number of blue marlin utilizing a variety of techniques including lures, and live and dead bait. Here, mate Andrea McQuade wires a blue marlin caught on a Marlin Magic lure as co-mate, James Brown, snaps a few close-ups of the action. 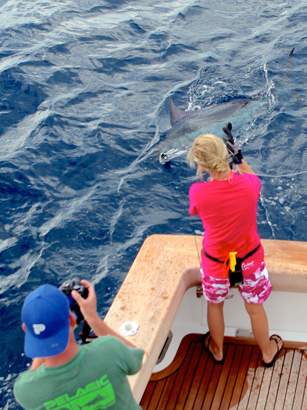 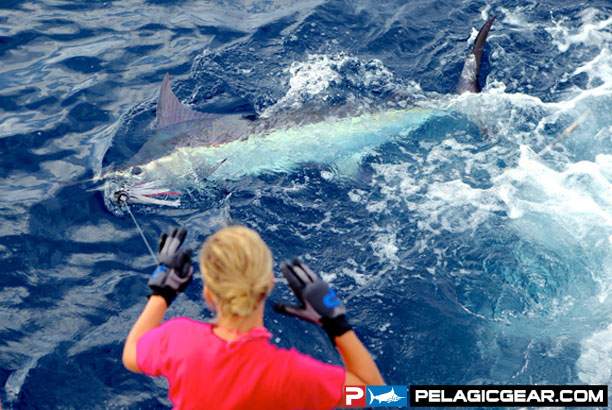 "Pelagic's Wiring gloves are perfect for putting hard work in on the wire" says McQuade, "I really enjoy the feel they provide while trying to control a green fish at the boat side."

Getting in on the mayhem, mate James Brown leaders another blue marlin caught aboard the CAROL LIBBY more than a hundred miles off the coast of Costa Rica. 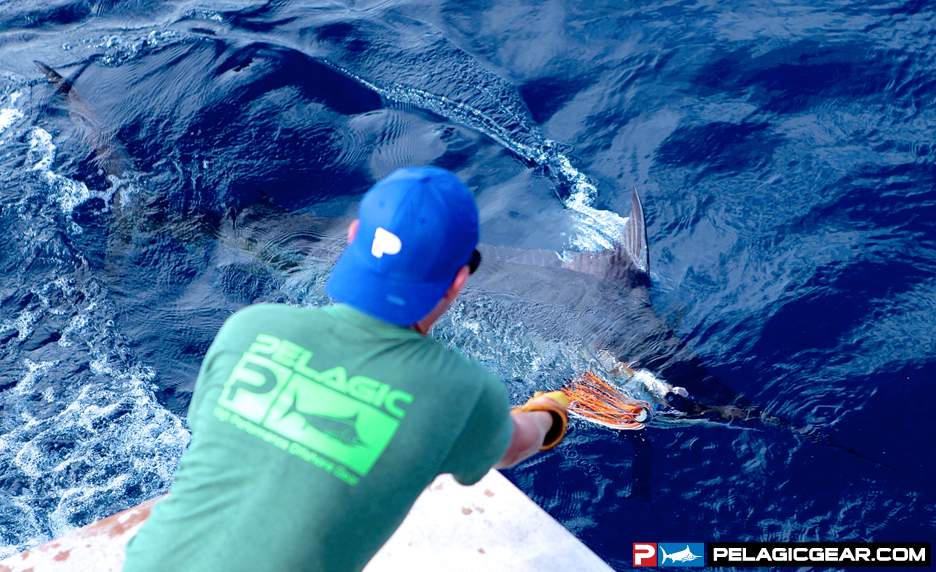 We've been concentrating on fishing areas 60 - 150 miles offshore for the past few weeks, trying to establish some fisheries that are off the beaten path so to speak. We've seen very few recreational boats out there, and have been rubbing elbows with a lot of long-liners and tuna seiners. We've managed to hook 28 blue marlin in what amounts to the last 7 days of fishing, so I'm very happy with the results so far. 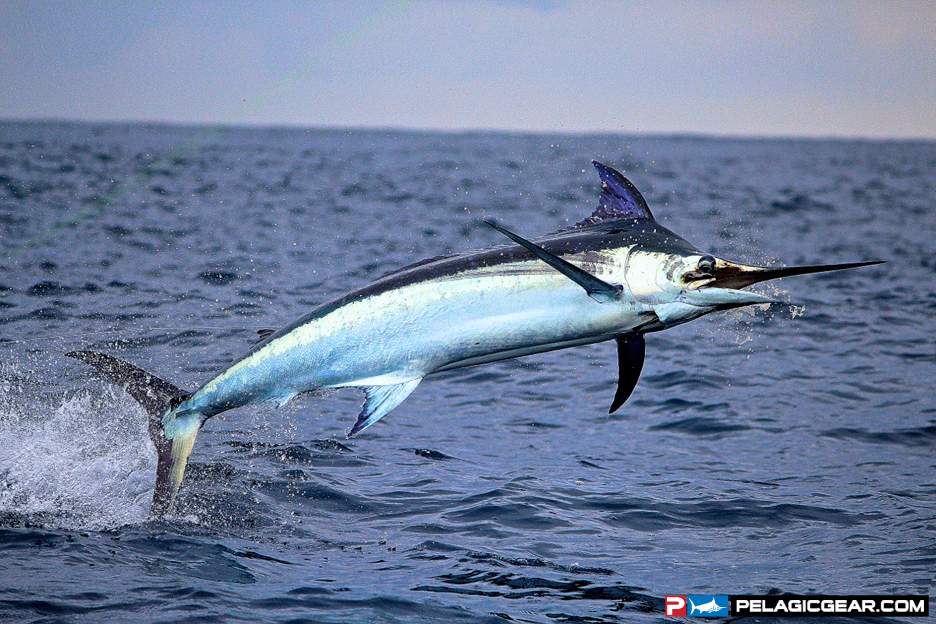 Our good friends Matt and Oren Lawson joined us for a while to help with some boat work. On one of the days during their trip we managed several blues and released a striper and a few sails too for the slam. Here, Matt Lawson wires a striped marlin while brother Oren looks on; followed by some of the "tools" of the _CAROL LIBBY _trade. 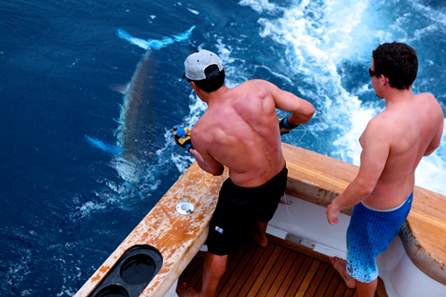 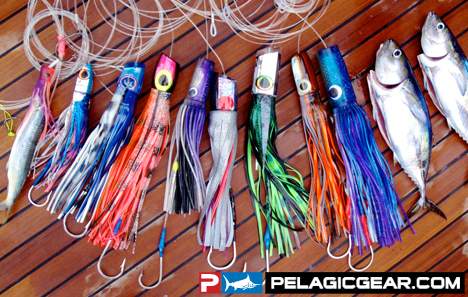 Our multi-day live-aboard trips allow us to access locations that few sports fishermen ever get the chance to fish. Plus, there's nothing like waking up at first light on the grounds and putting the lures out right away and hooking a blue marlin before the sun even rises. Chances for tuna and other big pelagic's are great as well.

Below, Andrea McQuade shows off a sizable yellowfin tuna caught aboard the CAROL LIBBY on an Aloha Lures Super Ninja.

"After pretty much non-stop marlin action it was nice to find a tuna school for the galley" says Andrea, "plus, these deepwater yellowfin pull incredibly hard, they are really a lot of fun to catch!"

Speaking of pulling hard, check out the 60 pound giant bull dorado that fought like a blue marlin on the 80W. 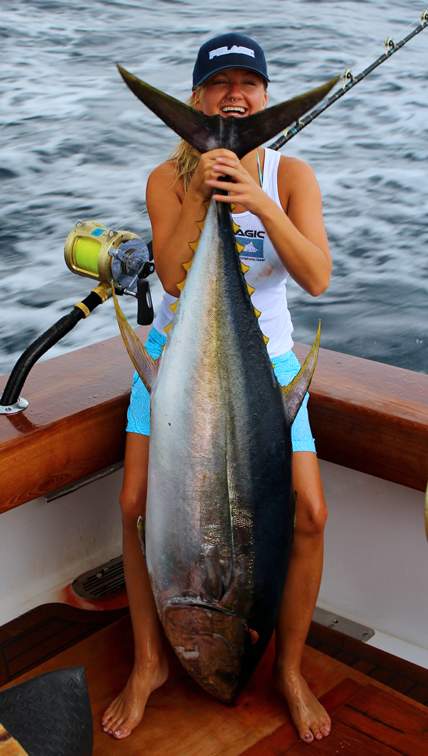 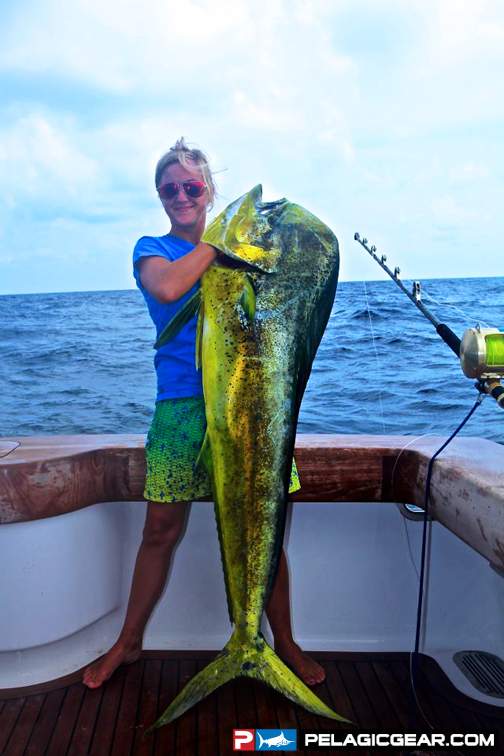 Another day at the office for the crew of the CAROL LIBBY . 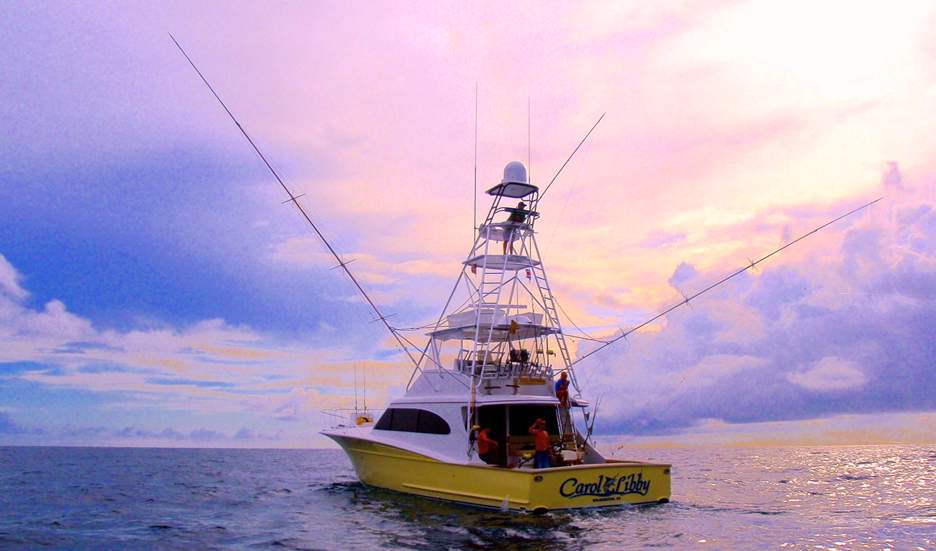