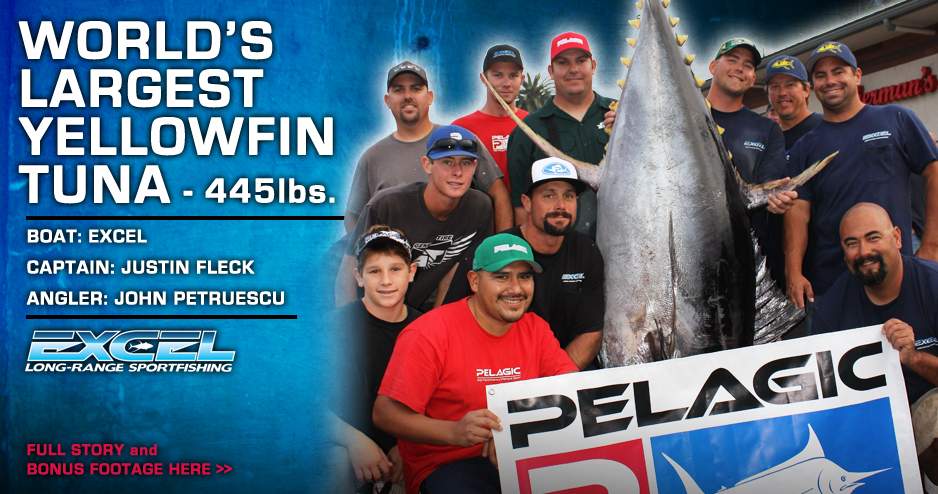 SAN DIEGO, CA - EXCEL Captain/Co-owner, Justin Fleck (Pelagic Pro Team) backed his 124’ long range vessel into its slip at Fisherman’s Landing at 4:00am, Sunday, December 9th, 2012. On board, the crew prepared to unload an incredible catch of big Yellowfin Tuna taken at Hurricane Bank, Mexico. The trip’s twenty-two anglers gathered their gear and belongings and began sorting their fish. Amongst the catch was what many anticipated to be the largest Yellowfin Tuna ever caught (to date).

Below: Angler John Petruescu stands alone with the giant, and now holds the record of largest Yellowfin Tuna ever caught. 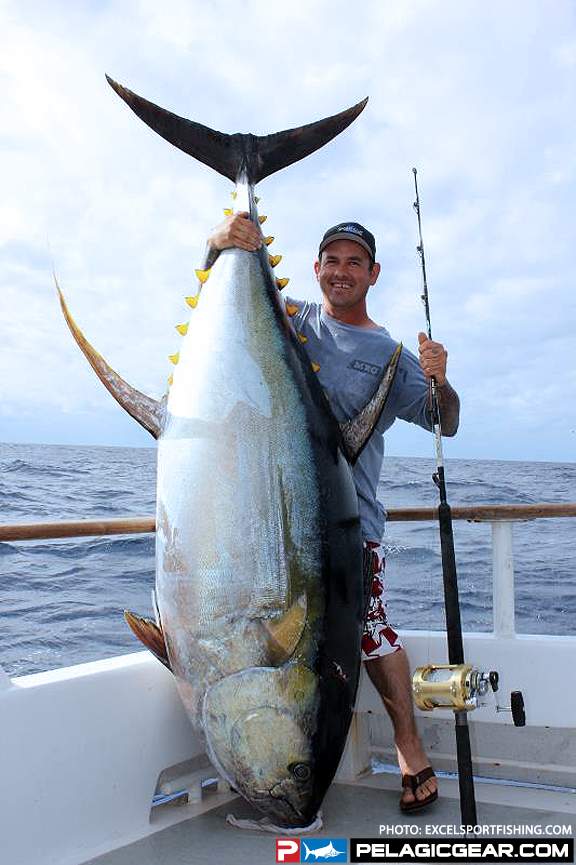 At the landing, located in San Diego Harbor, a large group of news reporters, film crews, photographers, and excited on-lookers anxiously awaited first glimpse of the historic fish. Anticipation mounted as 7:00am approached – the advertised time at which the behemoth was to be weighed.

At proper light the signal was given, and a rented skyhook fired up to hoist the giant to get an official weight. The large crowd fell silent as they pressed in to view the certified scale. As the digits settled, the crowd erupted in hoots and hollering as the scale rested at a staggering 445.0-pounds.

Below: Proof in numbers - the landing's certified scale rested at 445.0-pounds // Star of the show - John Petruescu had many-a-picture to take for the media on hand. 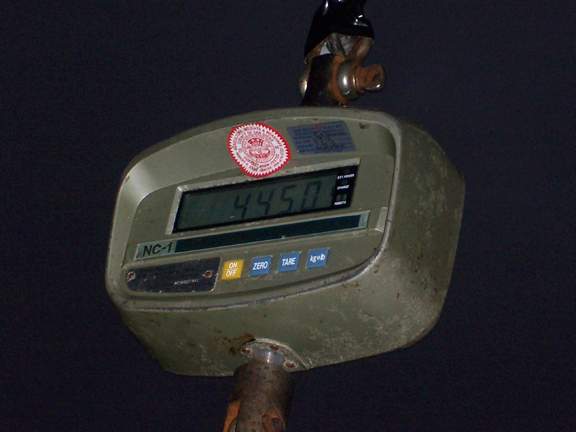 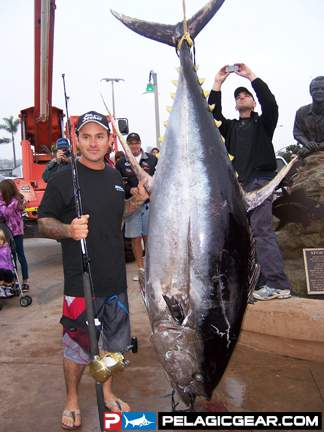 Said John when asked about the fight, “He almost spooled me three times and I had to increase or decrease the (reel’s) drag often.”

John continued, “As the fight got close to its end, all I could see was the fish’ head, so I just kept reeling. Capt. Justin said, ‘OK John, you can free spool now, we got him.’ It took four gaffs to bring it in through the gate.”

Below: John and his brother, David (left), were both on the same trip together // _EXCEL _Captain, Justin Fleck (right), and John Petruescu are all smiles after official weigh-in of the biggest yellowfin tuna ever landed. 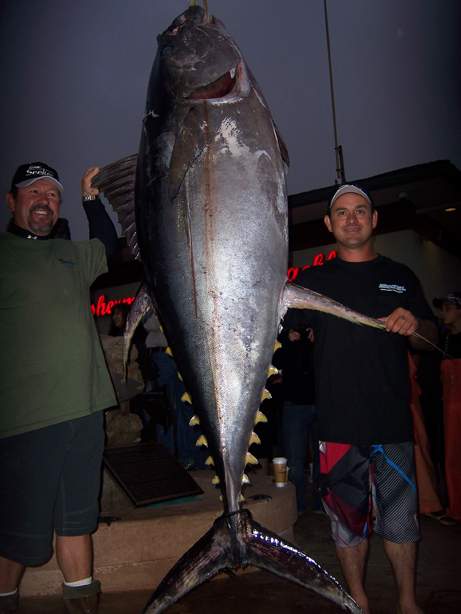 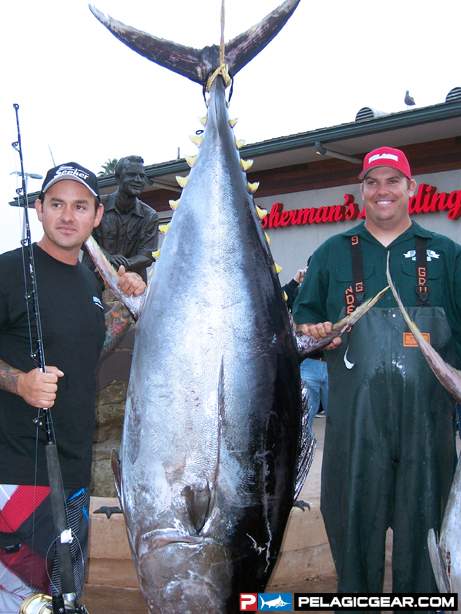 “I couldn’t even watch the scales,” said an elated Justin Fleck, master of EXCEL . “In my head I knew it was big, but I still couldn’t look.”

Below: The Crew of EXCEL _took a minute to pose with the incredible catch, Pelagic banner in tote. Pelagic is proud to be the Official Apparel Provider of _EXCEL . Photo courtesy of Jason Fleck, Head Chef, _EXCEL _Sportfishing. 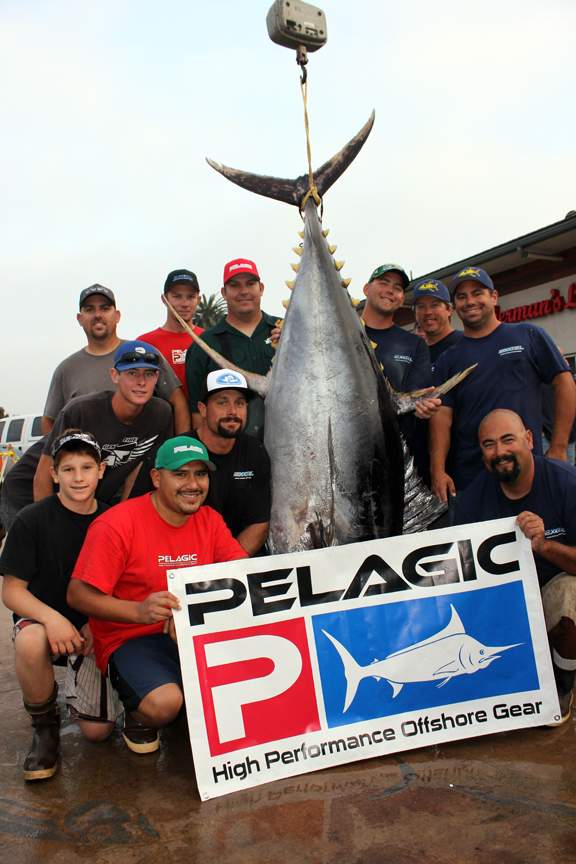 Although John’s fish won’t qualify as a new world-record (a crewmember had to briefly grab the rod to help John get the fish around the anchor line), this catch will certainly go down on record as the world’s biggest Yellowfin Tuna caught to date – 445-pounds.

If you want to catch a giant, book a trip with _EXCEL _by visiting www.ExcelSportfishing.com