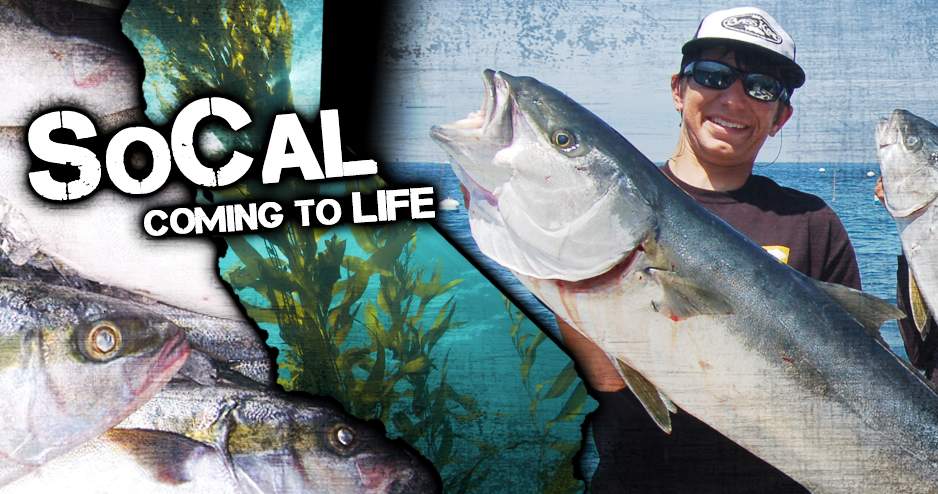 Spring is officially here. The weather is warming up (well, in some places, at least), the heavy jackets have been put away, and the anticipation is starting to build for what hopes to be another solid fishing season in Southern California.

Below: Kevin Mattson landed this 34lb., 11oz. California Halibut on the light bass gear in San Diego Bay // The islands pumped out some nice fish last summer, as witnessed by Evan Salvay and crew with their solid day of yellowtail fishing. 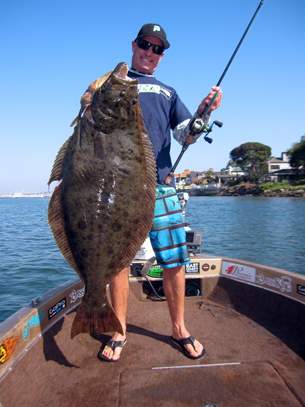 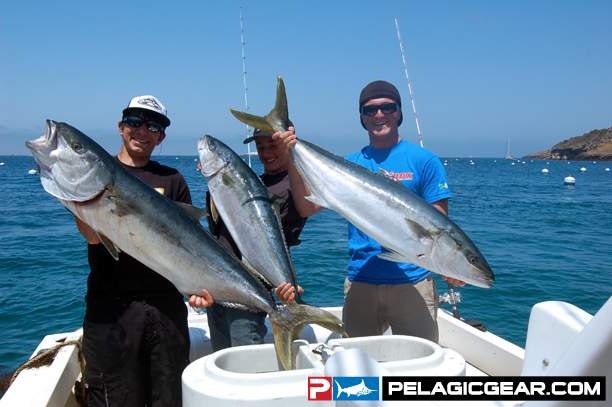 Last summer and fall was the first time in a long time where there was a consistent bite on pelagic species in local waters. Yellowfin tuna were stacked up offshore into Mexican waters, yellowtail were plentiful, and dorado were being caught underneath kelp paddies as far north as Ventura. There was even a brief period where steady action was found on jumbo-sized albacore and 40-60 pound Bluefin. The season lasted through October, satiating SoCal angler’s desire for fast-paced offshore action.

Below: This nice Pacific Bluefin Tuna was caught aboard Pesca de Oro by Bill Nance with Pelagic Pro Team Captain David Wolfson at the helm during the banner 2012 offshore season // The author also got in on the action on that trip with a fat albert (albacore). 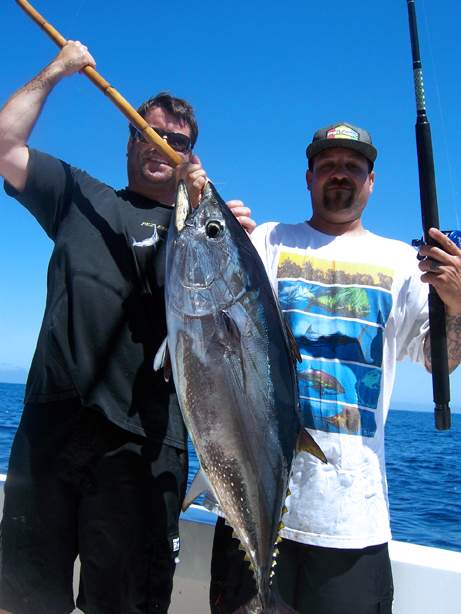 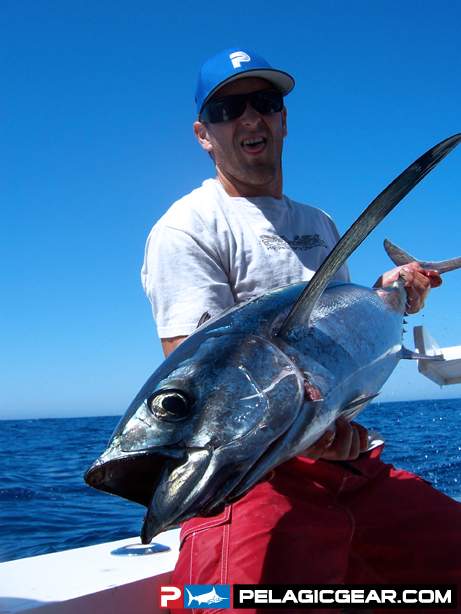 The Fred Hall Shows (California’s largest fishing and tackle show) have come and gone, which usually kicks off the local season. And almost like a lightswitch, a significant bite went off at the Coronado Islands, which lie just south of San Diego.

California yellowtail in the 20-35 pound range were being found underneath bird schools crashing on bait. Anglers were catching them using a variety of methods – surface iron, yo-yo iron, fly-lined baits, and dropper loop rigs.

Below: Evan Salvay stuck this beauty yellowtail at the Channel Islands last summer // Hamachi on ice signals a good day at the Coronados. 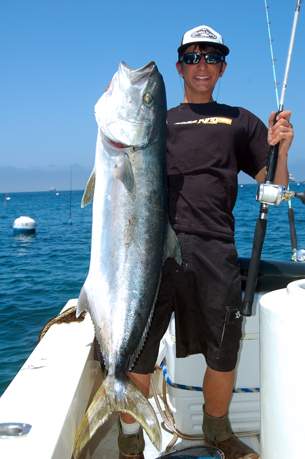 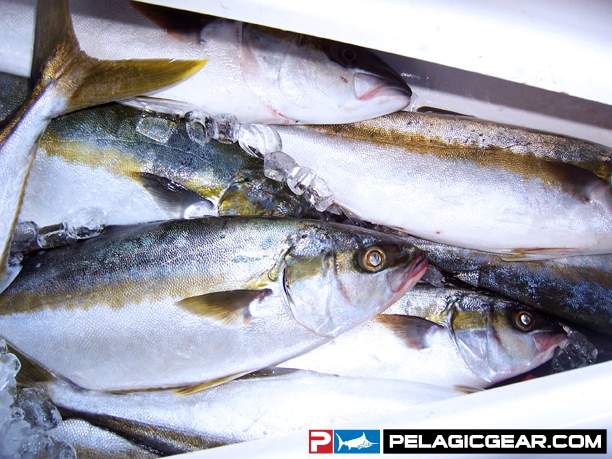 While the yellowtail bite has tapered off over the past week, the excitement level continues to rise as we move closer to the summer months. Anytime now, if all goes right, we will get word of Albacore schools making their way north far off the Baja coast, with bluefin tuna following not too far behind. Come June, the San Diego day boat and multi-day fleet will start panning the offshore waters in hopes of finding the first batch of fish. Until then, southland anglers will keep their fingers crossed in hopes of another banner SoCal season.

Below: Flat calm conditions made it easy on the crew to find kelp paddies loaded with fish, particularly mahi mahi. 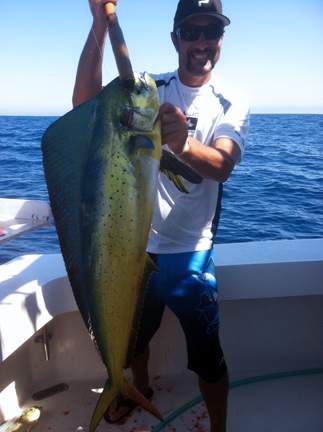 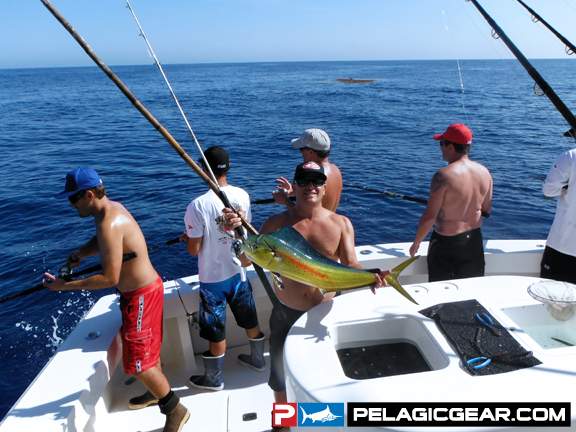 We hope to have updates for you sooner rather than later as the season begins to take shape. Stay tuned…