As of January 2012, the National Geographic Crittercam Project started a program trying to unlock the secret lives of billfish. Despite our knowledge of these magnificent fish as fishermen, the reality is that we still don't know much about their lives while they are wandering the open ocean. Crittercam is set to change that. Using this unique piece of technology biologists are able to paint a full picture of a billfish's life. The cameras record in full HD and carry a tiny data pill that measures depth and water temperature. This will allow biologists to observe never before seen behaviors, such as breeding, from the marlin's point of view .

Below: A Pacific Sailfish swims away with a Crittercam system. These systems are attached behind the head of the fish by a set of small hooks that embed in cartilage near a billfish's dorsal fin. The camera will remain on the fish for a few hours and then pop off and be recovered by the anglers // Lead billfish researcher, Sam Friederichs, prepares to deploy a Crittercam system on a sailfish in Costa Rica. 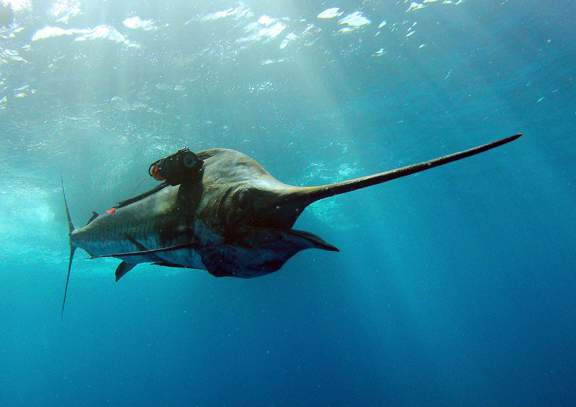 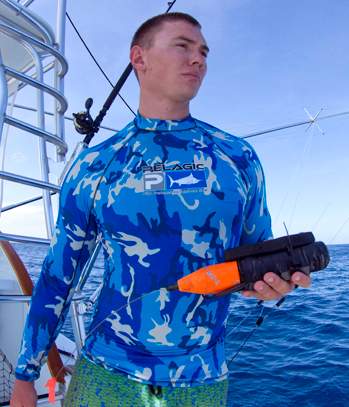 Want to know more? For the first time, fishermen will be able to follow a Crittercam expedition online as they head down to the famous Tropic Star Lodge in Panama. There goal is to chase big girls of the blue and black marlin variety. You can follow along via National Geographic's Explorer's Journal at:

Below: These unique camera systems have been deployed by National Geographic biologists for the last 20-years. They have filmed the lives of sharks, sea turtles, whales, and even grizzly bears. The technology has been recently downscaled enough to allow the system to be successfully deployed on billfish // Sam prefers to enter the water with every fish he deploys a camera on to ensure that everything goes smoothly and to capture amazing photos and videos of the process. 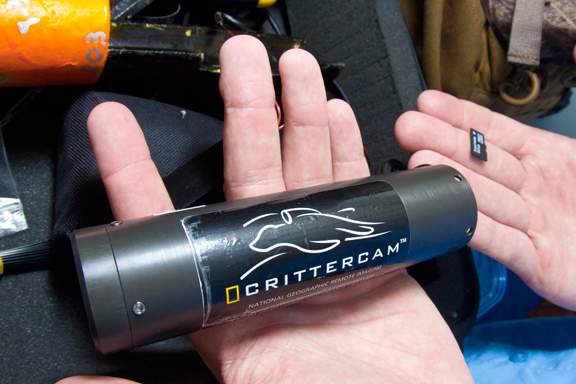 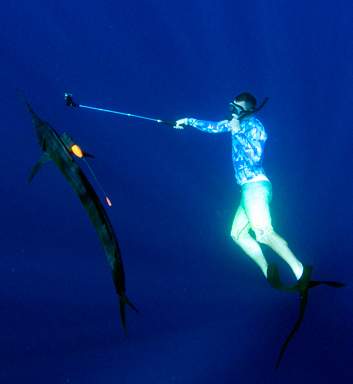 There will be daily updates highlighting the progress of the expedition as well as an up to date report on the bite down in Panama continuing for the next two weeks. So whether you are dreaming chasing marlin while you are stuck at your desk or want to learn more about this cutting edge research, log on and find out because this is gonna be interesting!