Black Marlin ( Makaira indica ) are among the very largest of predatory fish in the oceans. There is also a great deal of speculation as to whether this may be one of the fastest swimming fish as well. This species of billfish rivals it's worldwide cousin, the Blue Marlin as one of the apex predators of the ocean. Due to its size, Blacks of all size are highly prized by sport fishermen. Easily obtaining weights of over 1000lbs, their extreme strength and stamina have brutalized anglers for up to several hours on end. Australia, Africa, and Panama are some of the top destinations for this great species.

Below: A massive Black Marlin takes a live bait off the Great Barrier Reef in Australia (courtesy Ryan Ohalloran ) 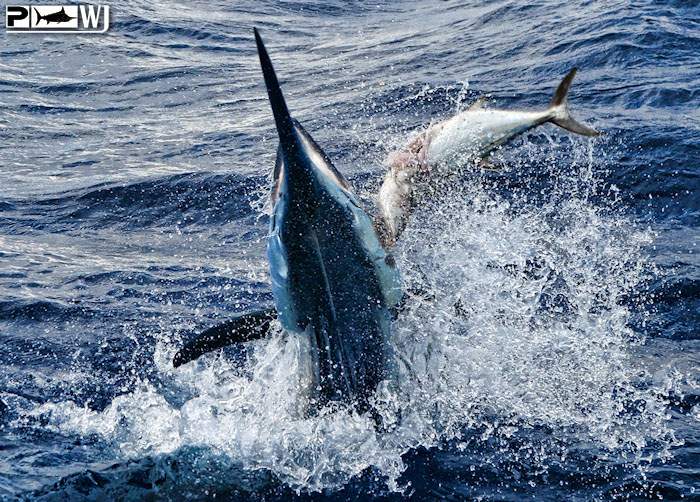 Being a highly migratory species, Black Marlin are usually found in shallow waters above the thermocline at 15 to 30° C, near shore close to continents, islands and coral reefs. Their depth ranges from 0 to 915 m (2800 ft), though they rarely swim below 30m. In the Indo-Pacific, they inhabit both tropical and subtropical waters, occasionally entering temperate waters, but generally staying between 40° N and 45° S. Stray individuals may migrate into the Atlantic Ocean by way of the Cape of Good Hope, but no breeding populations appear to be permanent residents in the Atlantic.

Below: Graphical representation of the distribution of Black Marlin (courtesy marinebio.org ) 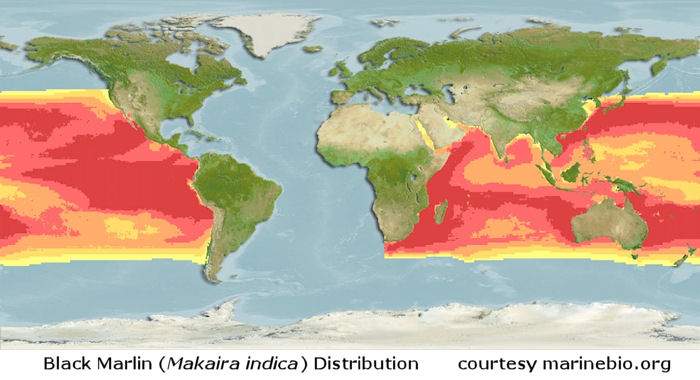 Black Marlin have a dark blue dorsal (upper) side, a silvery-white belly and faint blue vertical stripes running down their sides. Their first dorsal fin is blackish to dark blue, while their other fins are dark brown, occasionally with blue tinges. They may have anywhere between 39 and 50 dorsal soft rays. Males may reach a length of 4.65m and weight of 750kgs, but females are generally much larger. The black marlin is the only marlin with non-retractable fins. Like all billfishes, this species has a distinctive elongated sword-like upper jaw. The black marlin's dorsal fin is proportionately the lowest of any billfish, standing less than 50 percent of the fish's body height. Scientists do not yet know how long members of this species live.

Below: A Cairns GRANDER Black Marlin alongside the boat subdued and ready for release before sundown. 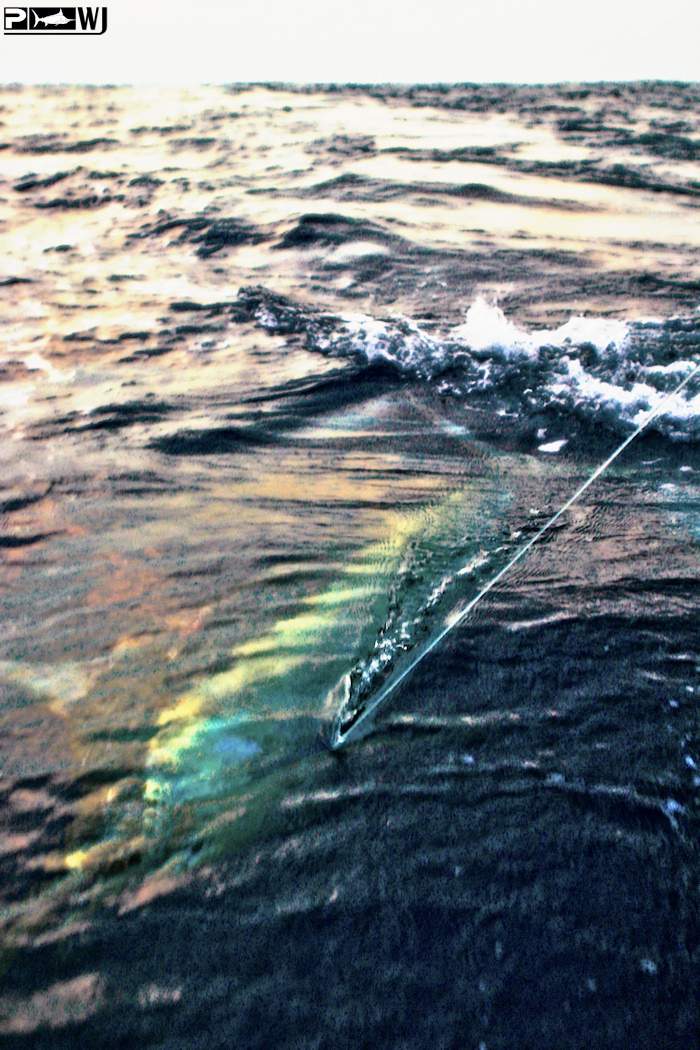 What we know about these Giant Blacks...

Black marlins feed on dolphinfish, squid, cuttlefish, octopuses, mackerels, trevallies, swordfish, and large decapod crustaceans, but prefers small tunas when abundant. Stomach analysis indicates that these fish use their long, sharp bills to slash their prey. Black marlins spawn by external fertilization in water temperatures around 27 or 28° C. A single pregnant female may carry up to 40 million eggs. Black marlins have not yet been evaluated as to whether they are a threatened or endangered species. Their flesh is marketed refrigerated or frozen in the United States and prepared as sashimi in Japan. However, they are banned in parts of Australia for their high selenium and mercury content.

Below: The ultimate Sportfishing dream... hooking up and battling a Grander Black... 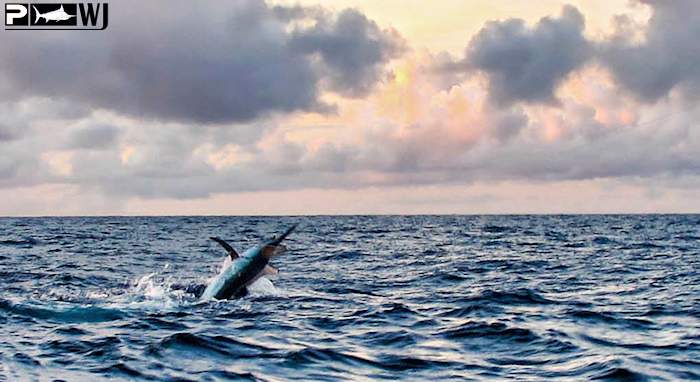 *Some material may have been sourced from