A Memorial Weekend jaunt for the Pelagic boys to Cabo San Lucas, Mexico, turned into a striped marlin fest in warm waters south of the border. Fishing with Pro Team Captain Franky Abaroa aboard the 60’ Hatteras Shambala , the boys enjoyed extraordinary striper fishing, as well as added a few grouper for flavor close to the beach.

Below: Pelagic's Ron Kawaja and Tony Berkowitz with one of the grouper landed while fishing the beach // An East Cape striped marlin was briefly welcomed aboard _Shambala _for a quick pic and a spaghetti tag before release. 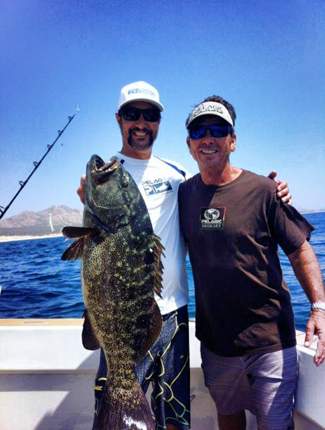 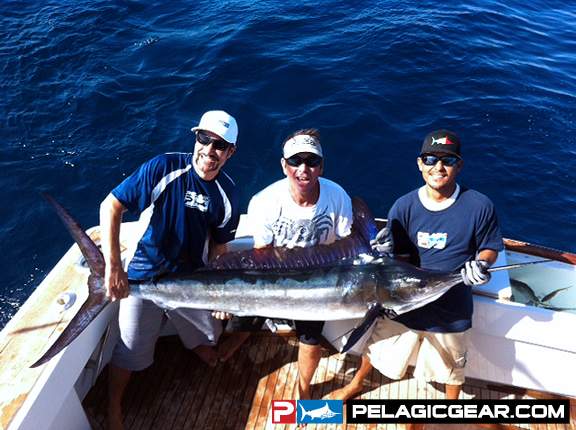 While land’s end Cabo is the separating point between the Sea of Cortez and the fertile waters of the Pacific Ocean, Capt. Franky opted to take his guys up the line to the East Cape, in hopes of finding a mass of marlin that wanted to bite. The move paid off – big time – and the rest is history. In fact, with twenty-plus shots at striped marlin per day, the group decided to leave them biting and opted to troll Rapala’s along the beach for some grouper.

Below: The marlin were thick in numbers... this free swimmer came right up to the boat to investigate // A trolled up grouper that bit a Rapala. 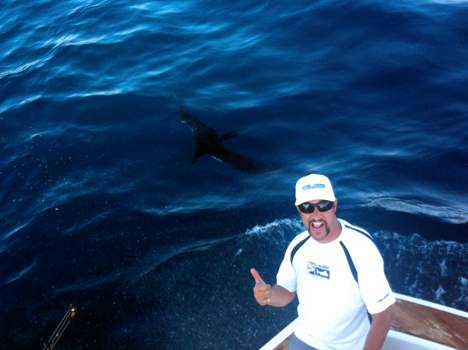 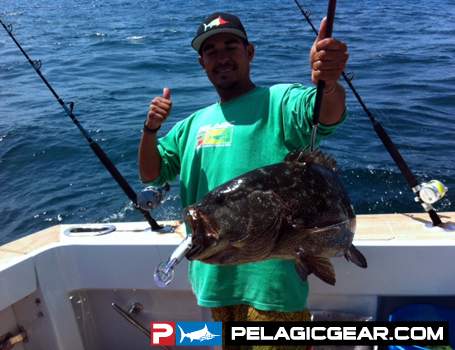 The red hot action wore the boys out and Capt. Franky turned Shambala towards Cabo, heading home early for a few cervezas and a much needed siesta. Not a bad way to spend a holiday weekend…