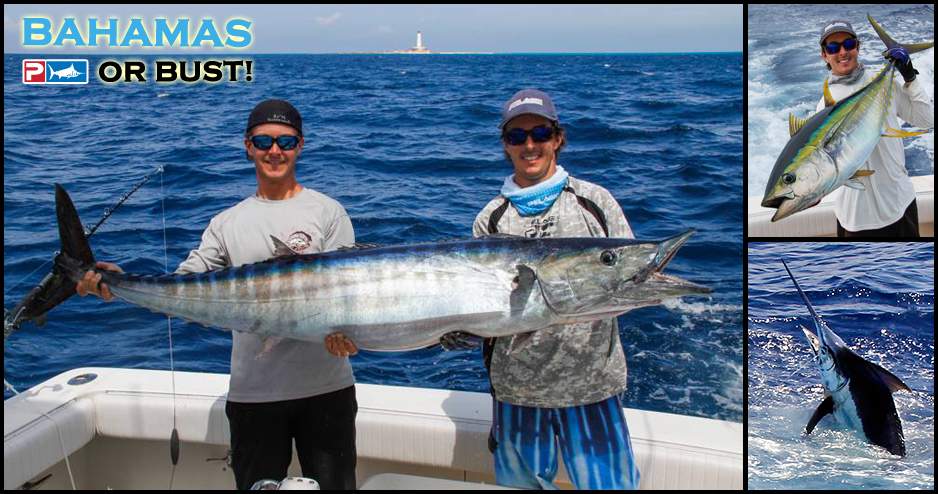 Bahamas or Bust!
Multi-week voyage to The Bahamas and back with Pelagic Pro Team Captain Nick Stanczyk

Captain Nick Stanczyk has a name that is synonymous with sport fishing. His resume includes helping pioneer daytime swordfishing, a discovery that has started a worldwide revolution in our saltwater industry over the past decade. His family owns and operates world-famous Bud ‘n Mary’s Marina in Islamorada, FL – a place so rich in sport fishing culture that is has been tabbed as the “Sportfishing Capital of the World”.

Below: Pro Team Captain Nick Stanczyk and family wrote a new chapter in sport fishing history when they landed their first daytime sword in January 2003. 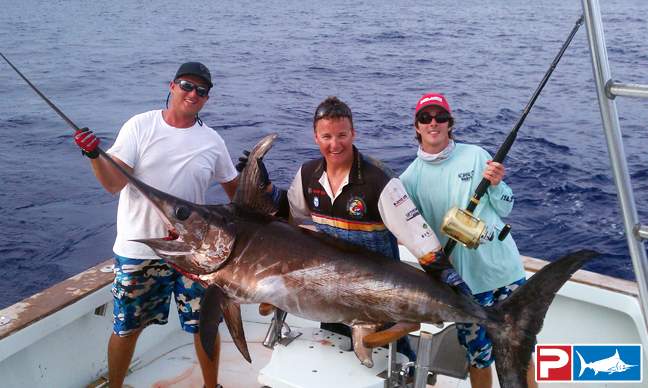 And while Captain Nick has endless options for variety when chartering the Florida Keys, his annual escape to The Bahamas is a fishing expedition that he looks forward to each and every year. Here is the recap from his most recent Bahamian voyage:

Below: Lobsters and sushi... dinner courtesy of the sea. 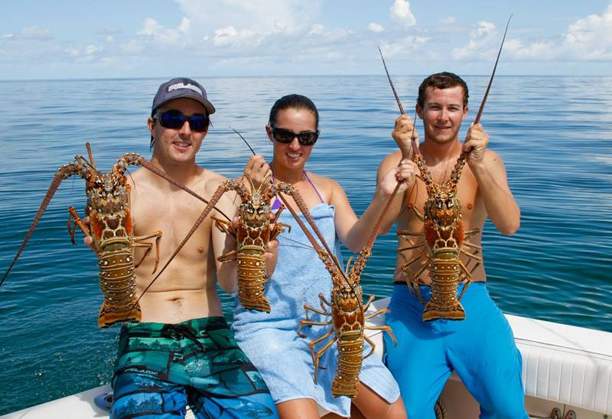 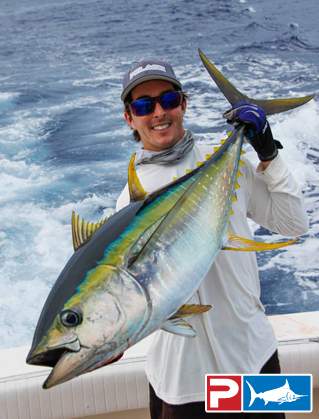 We spent a week in Long Island, Bahamas, cruising three days to get there and three days getting back aboard my new BnM II . It was a family vacation with my father, Richard (legendary fisherman and daytime swordfishing pioneer), who works at our marina seven days a week and needed to get away for a break. We knew it was an off time of year in The Bahamas – kind of a transitional period between the summer months and the upcoming winter months – but, we still figured we could catch something.

Below: The rarely seen roudi escolar and mystic grouper were just a couple of the memorable catches made during the trip. 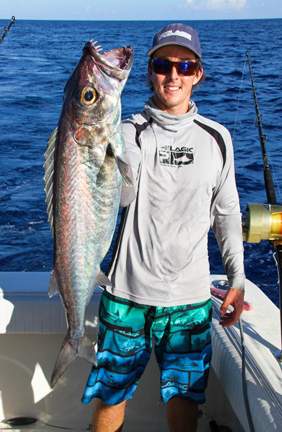 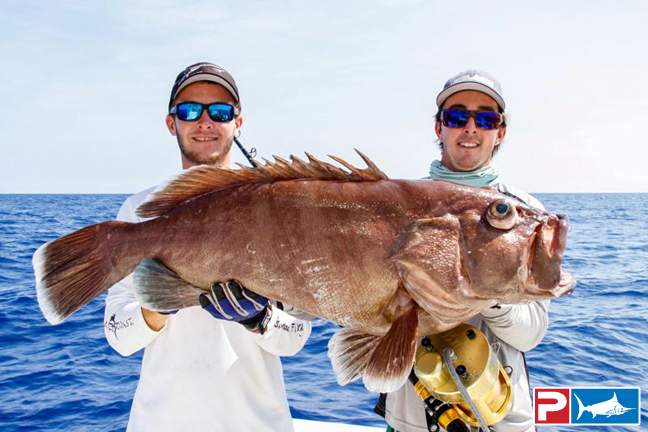 Wahoo produced the most consistent action for the week, with the biggest going 81-pounds. This fish made a blistering run on an 80-wide before tiring out. We also tried our hand at some deep water bottom fishing and caught black snapper, blackfin snapper, yellow eye snapper, roudi escolar, and mystic grouper. Trolling, besides the wahoo, we also managed a few mahi mahi and a yellowfin tuna. We spent the mornings trolling for wahoo, then would bottom fish a little, and then troll for blue marlin each afternoon. While at the island, we also caught bonefish on the fly rod a few days.

Below: A few big wahoo were roaming the waters off The Bahamas, including this 81-pound stud (right)! 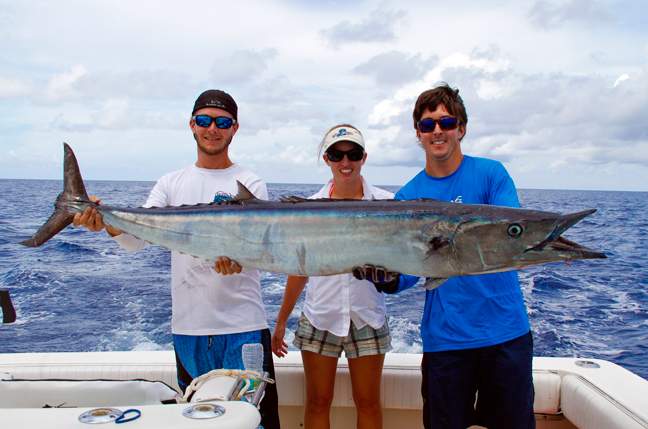 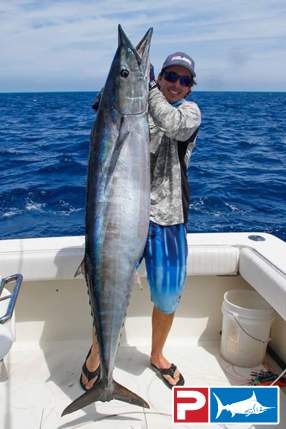 I had promised my mate/friend, Hank, that he'd catch a blue marlin this trip; but, after only raising one lazy blue marlin that wouldn't bite in three afternoons of fishing, it wasn't looking good. We decided to fish half a day when we left the island and worked our way towards home. Just like any type of big game fishing the opportunity to catch the fish can arise at any second. Sure enough within an hour we had a hot 150-pound blue marlin on our teaser. The fish followed the teaser up to the boat and Hank pitch-baited it. After a twenty minute fight, we released Hank’s first blue marlin. 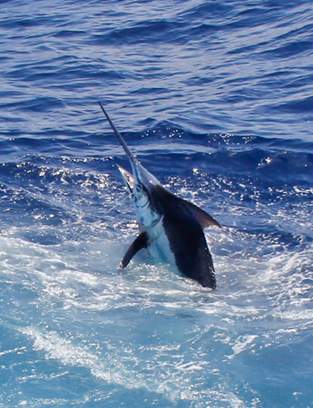 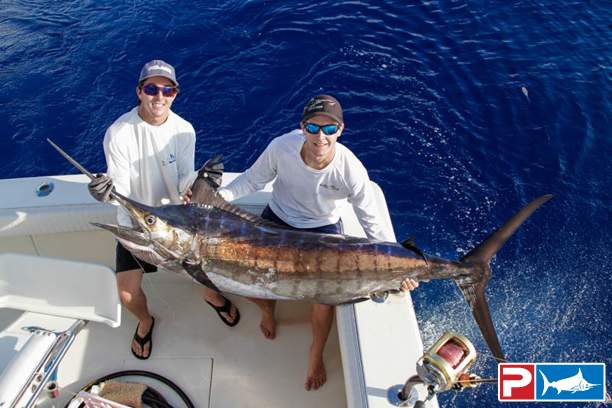 On the way home, we stopped at the Bahama Bank where we speared a few hogfish and some big lobsters to top off the trip. We didn't catch a ton of any one species, but a little bit of everything. It was a great trip overall.

Below: _BnM II _rests in the lee of Long Island, Bahamas // Bonefish on the fly captured on the GoPro. 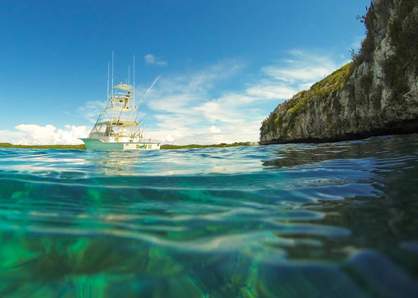 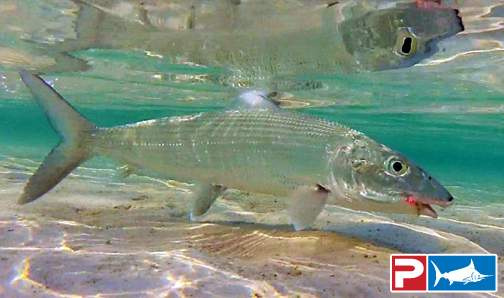