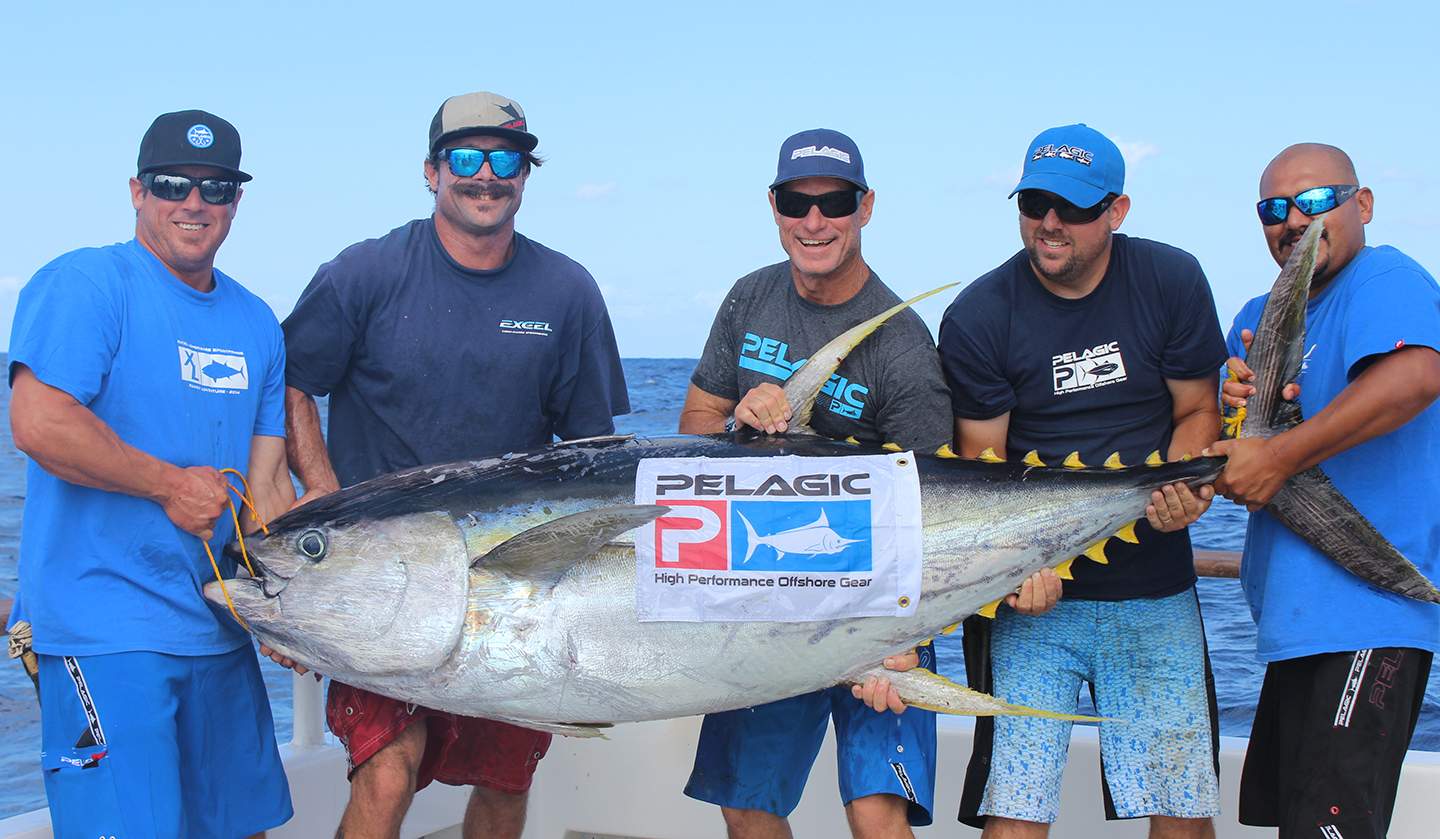 Oh, the mighty tuna! Be it yellowfin, bluefin, albacore, bigeye, or blackfin, these worthy adversaries never dissappoint when it comes to putting up a fight - or quality tablefare for that matter. It's no wonder these fish are highly sought after by avid saltwater anglers. While there are many locations to target these fish, we've narrowed it down to these tried-and-true fisheries that make up The United States TUNA REPUBLIC! 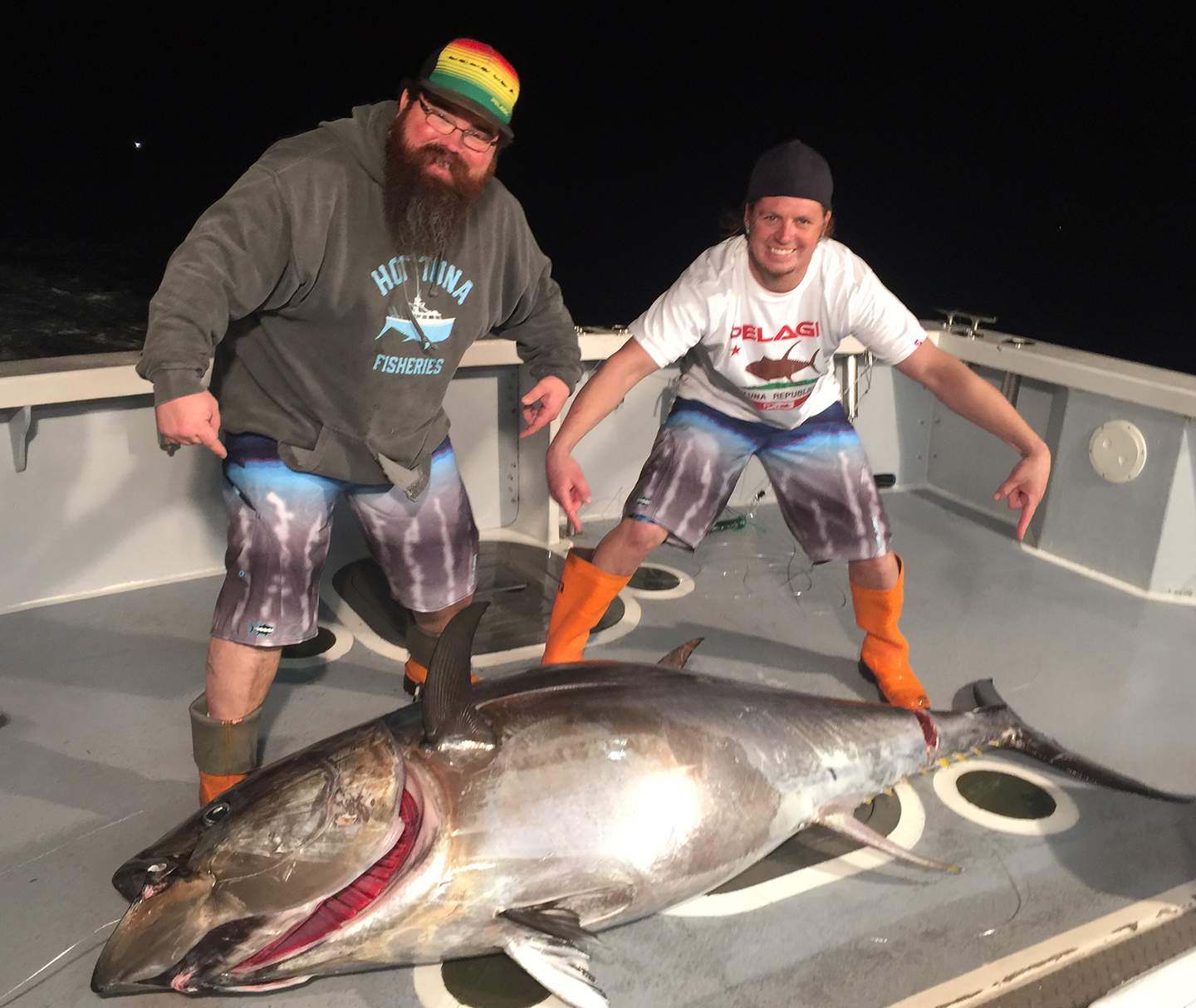 Made famous by the hit TV show Wicked Tuna , places like Gloucester, Nantucket, Martha’s Vineyard and the iconic Stellwagen Bank are prime locales for targeting large bluefin tuna in the Northeastern waters of the Atlantic US. Bluefin ranging from smaller 40-50 lb. fish to those of the “grander” 1,000 lb. class can be caught here, with seasons ranging from June through mid-October. Chunking and live-baiting are the prime methods of angling on “big fish” banks; however, for the “smaller” grade of fish, trolling spreader bars, popping, deep-jigging, and kite-fishing are all effective methods depending on location and how active the fish are. A more recent popular fishing method is to slow-troll or cast soft, plastic lures that mimic the mackerel and herring bluefin feed on. 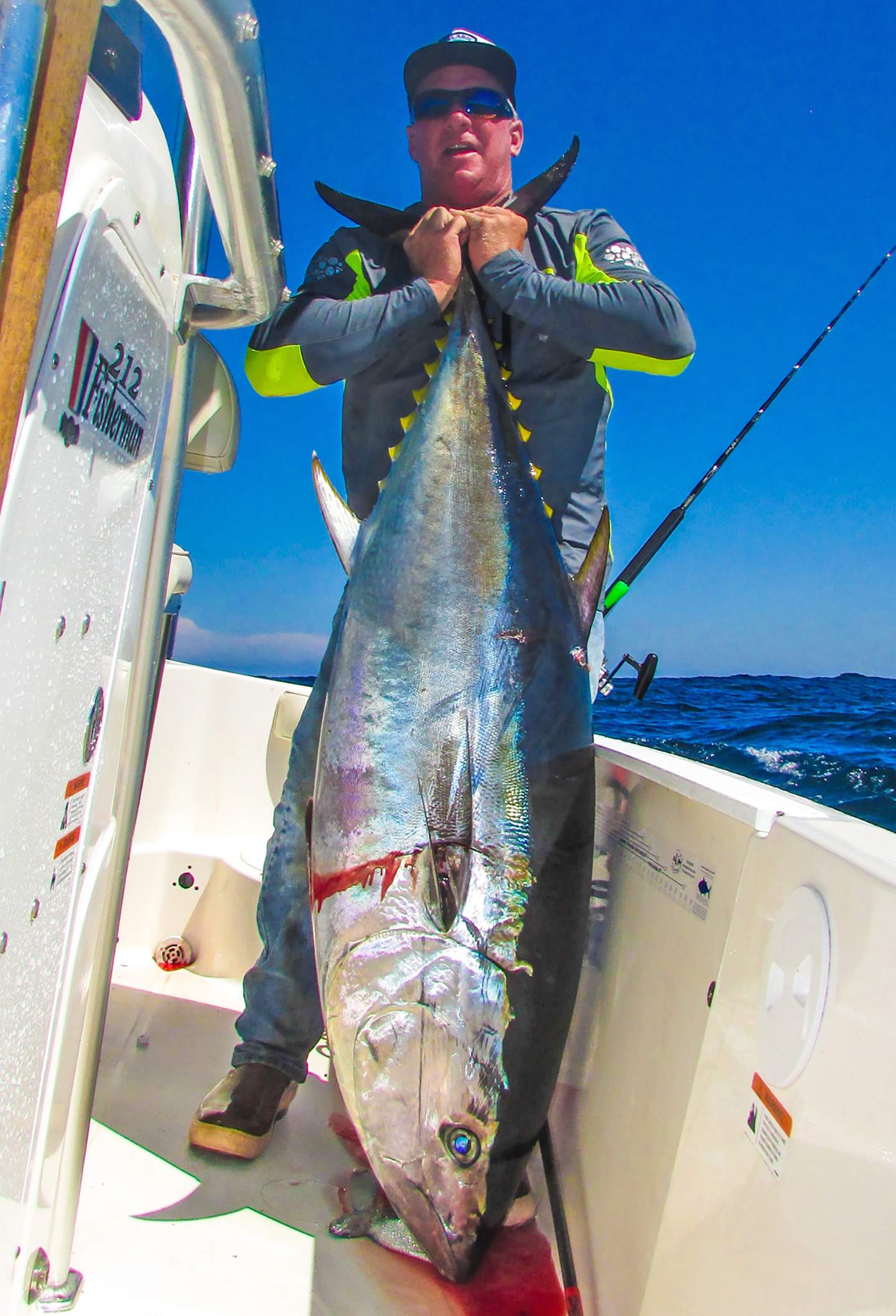 [ Large bluefin, as displayed by Team PELAGIC's Bob Woodard, put on a show on the west coast in 2016 ]

The possibilities for a Southern California angler during a typical tuna season always seem to vary – from finding 4-hour stops on 20- to 40-lb. yellowfin tuna, to hitting the big bluefin in the 100- to 200+ lb. class. Depending on water conditions, anglers in the SoCal bight may hit fish at some of the local banks and high spots, or may be fishing the outer banks such as the 43, Tanner, Cortez, and others to get into these fish. While yellowfin tend to show up in mid-to-late summer and into Fall, in recent years a very nice grade of big bluefin has moved in early in the season and stuck around well into Fall and early winter. Lots of fish come on the “iron” or metal jigs while making long casts in front of breaking or boiling fish. But one of the real tickets is kite-fishing for these behemoths, utilizing an artificial flying fish on the business end to invoke vicious strikes. 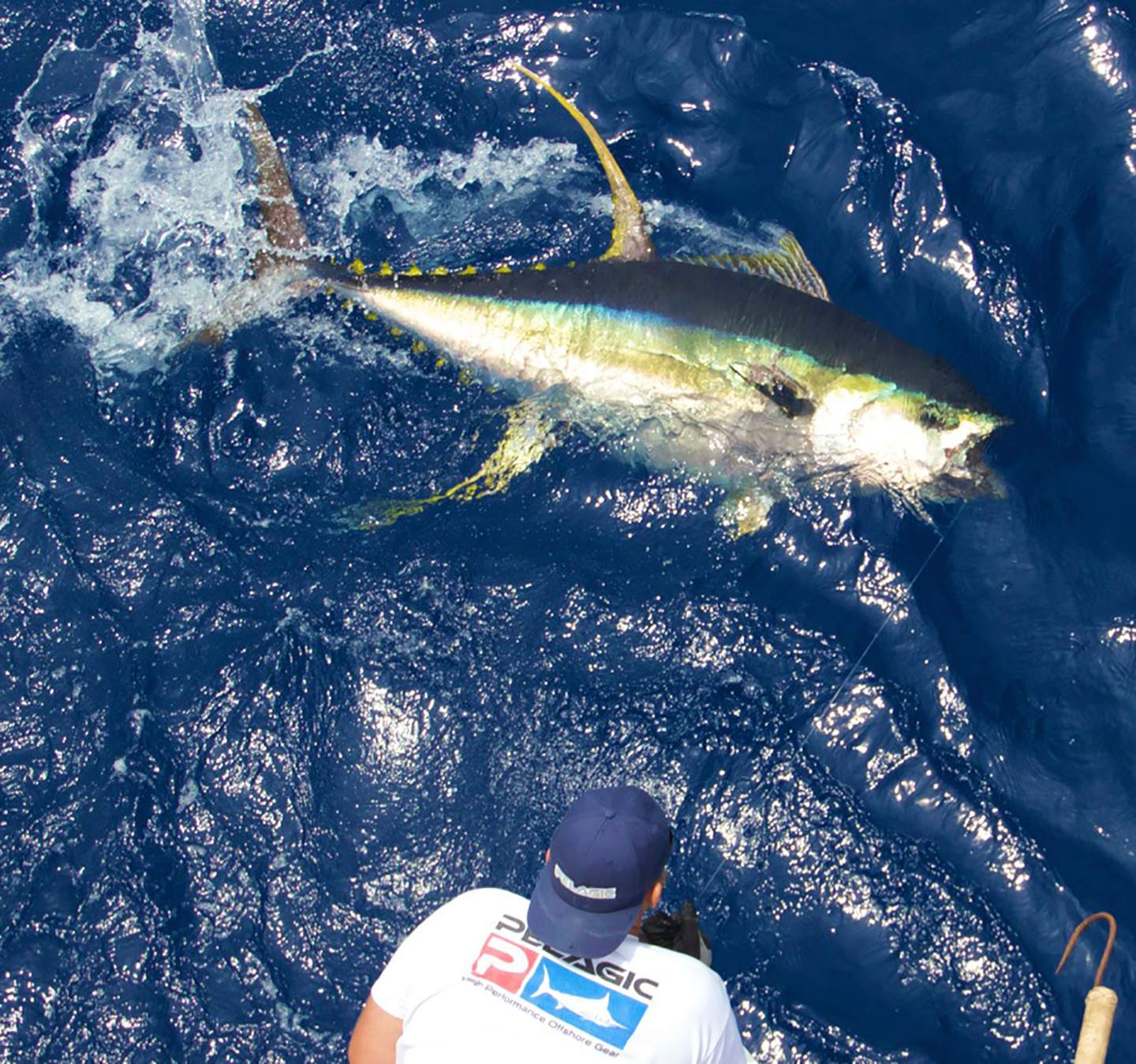 Hawaii has always been known for its exceptional sport fishing – and while large blue marlin and the ever-popular mahi mahi tend to take center stage, the exceptional tuna fishing here is often overlooked. Yellowfin tuna (called “Ahi” in the Aloha State) are prevalent in Hawaii’s warm, Pacific waters and many fish in the 100 to 200+ lb. range are caught regularly. The summer months are the most productive, but fishing can be good year-round. Trolling, live-baiting and “green sticking” are the most common fishing methods as captains look for schools of porpoise which tend to hold the tuna beneath them. In addition, the state of Hawaii has placed FADs (Fish Attracting Devices) offshore which draw in baitfish and consequently the larger gamefish such as yellowfin tuna. 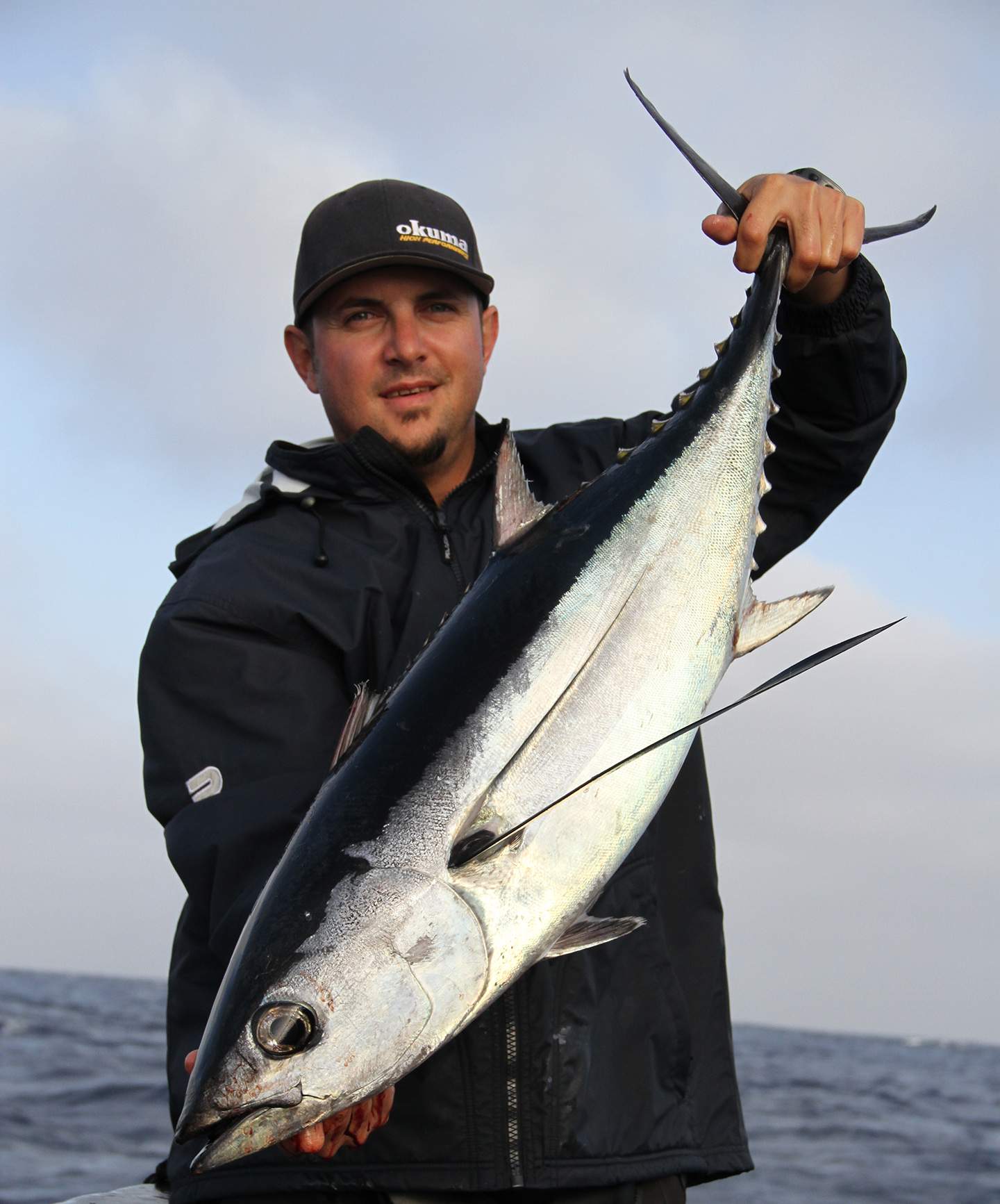 Albacore, or longfin as they’re also referred to, arrive off the Oregon coast typically by July. This Summer/Fall fishery can be excellent and while most fish are between 10 and 30 lbs., fish much larger than that have been caught. The early part of the season has most boats trolling a large spread as the albacore are keyed in on squid. As the season progresses, the fish begin to prefer and target baitfish and most anglers will locate schools and either slow-troll or cast swimbaits to hook fish. Late in the season, “run-and-gun” style fishing is preferred as boats locate schools of albacore and cast swimbaits, metal jigs or fly-line live bait for some fast and furious fishing. 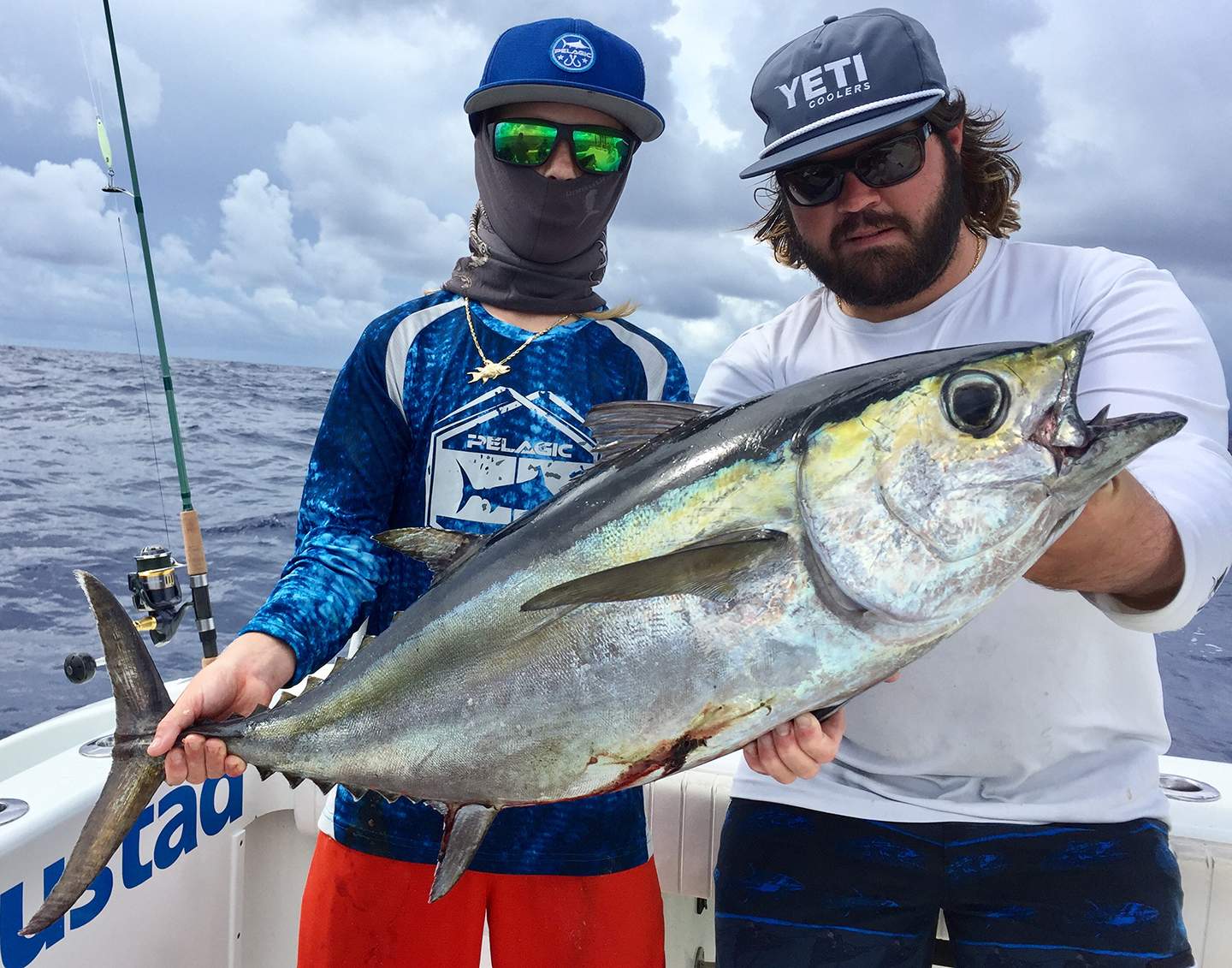 The Florida Keys plays host to arguably some of the best big game fishing around the globe, and while variety is the spice of life when it comes to fishing here, many anglers make the trek specifically to target the mighty Blackfin tuna. What Blackfin lack in size (the world record Blackfin came off Key West and weighed 45 lbs. 8 oz.) they certainly make up in fight. A worthy oceanic predator, anglers target them in the Keys a variety of ways including trolling, live-baiting, jigging, and chunking. Like most tuna, if worked into a frenzy, they crash along the surface – making them a favorite adversary for many saltwater fly-anglers. 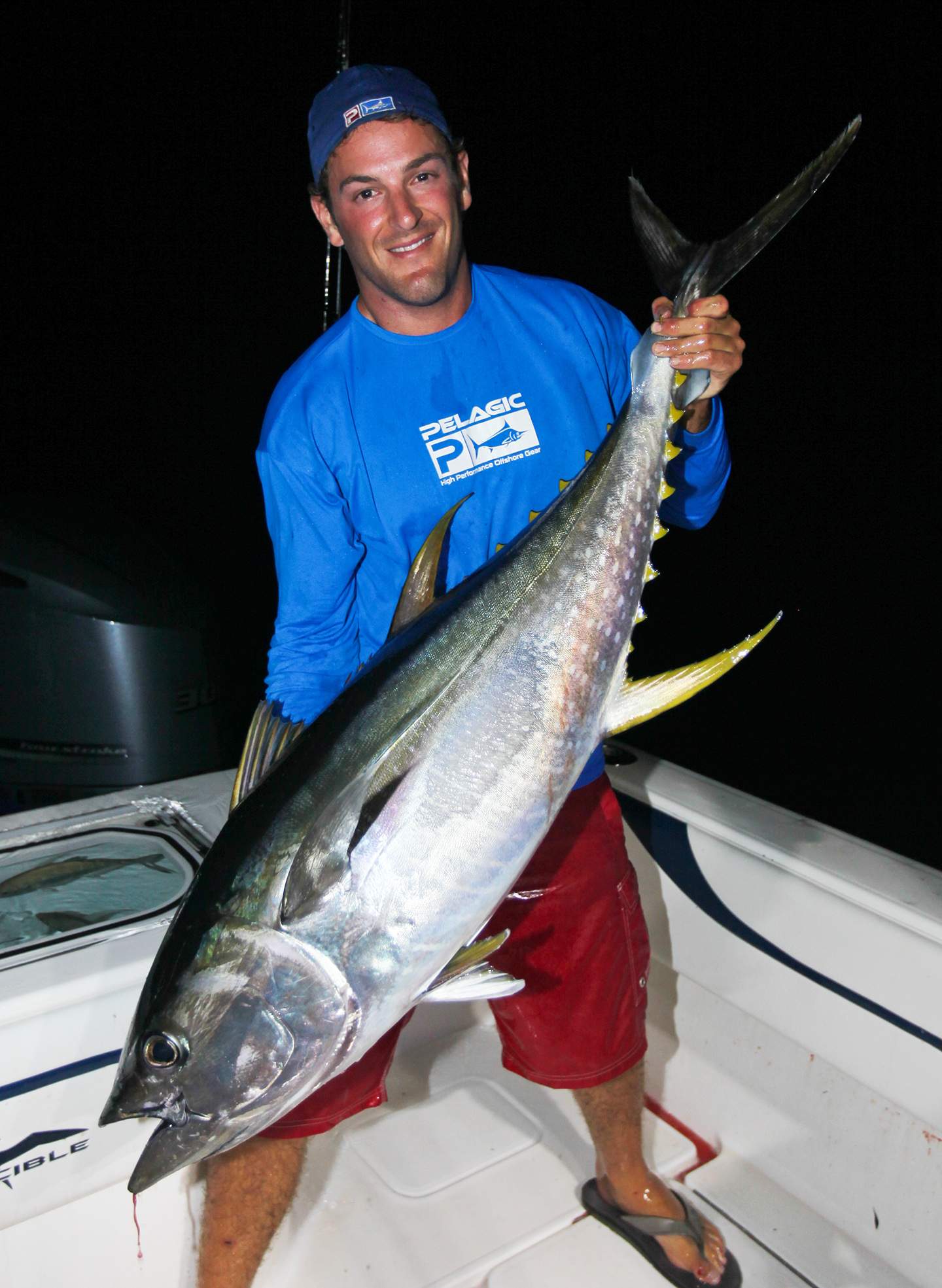 Large Yellowfin and mid-size Blackfin tuna are on the menu for the Gulf of Mexico waters outside of Venice, LA. Most fish run between 40 to 80 lbs., but many 150 to 200+ lb. yellowfin are caught as well, especially in the Fall/Winter months. Trolling, live-baiting, jigging, and chunking all are effective fishing methods, with some of the best fishing coming near deep offshore oil platforms, elongated sargassum weed-lines, and even around trawling shrimp seiners.