Bluefin go OFF for the 2nd Annual PELAGIC "Catchin' A Buzz" Sales Expedition!

June 3, 2018 - San Diego, CA - Shoving off from Fisherman's Landing aboard the 124' ultra-luxe, long-range sportfisher, EXCEL, anticipation ran high for a group of PELAGIC friends & family members as a large body of Pacific Bluefin Tuna had been spotted close to port. PELAGIC Pro Team Capt. Justin Fleck pointed the bow of his prestigious vessel towards the promise land in hopes of putting his anglers on some fun-sized bluefin tuna. He wasn't dissappointed as the group was rewarded with angler limits (2 bluefin tuna per person) offshore, while also cashing in on a mixed-bag bite of Coronado Island favorites - Yellowtail, Calico Bass, Bonita, and Barracuda. We would like to give a big THANK YOU to Capt. Justin Fleck & his outstanding crew, as well as 'Big Al' Gross for once again welcoming us aboard. Fun times aboard the BIG X!

The ultra-comfortable, state-of-the-art 124' long-range sportfisher EXCEL. // Bob Woodard with one of the first and biggest bluefin of the trip. // Over, under and keeping your fish right in front of you is the name of the game during a hot bite. 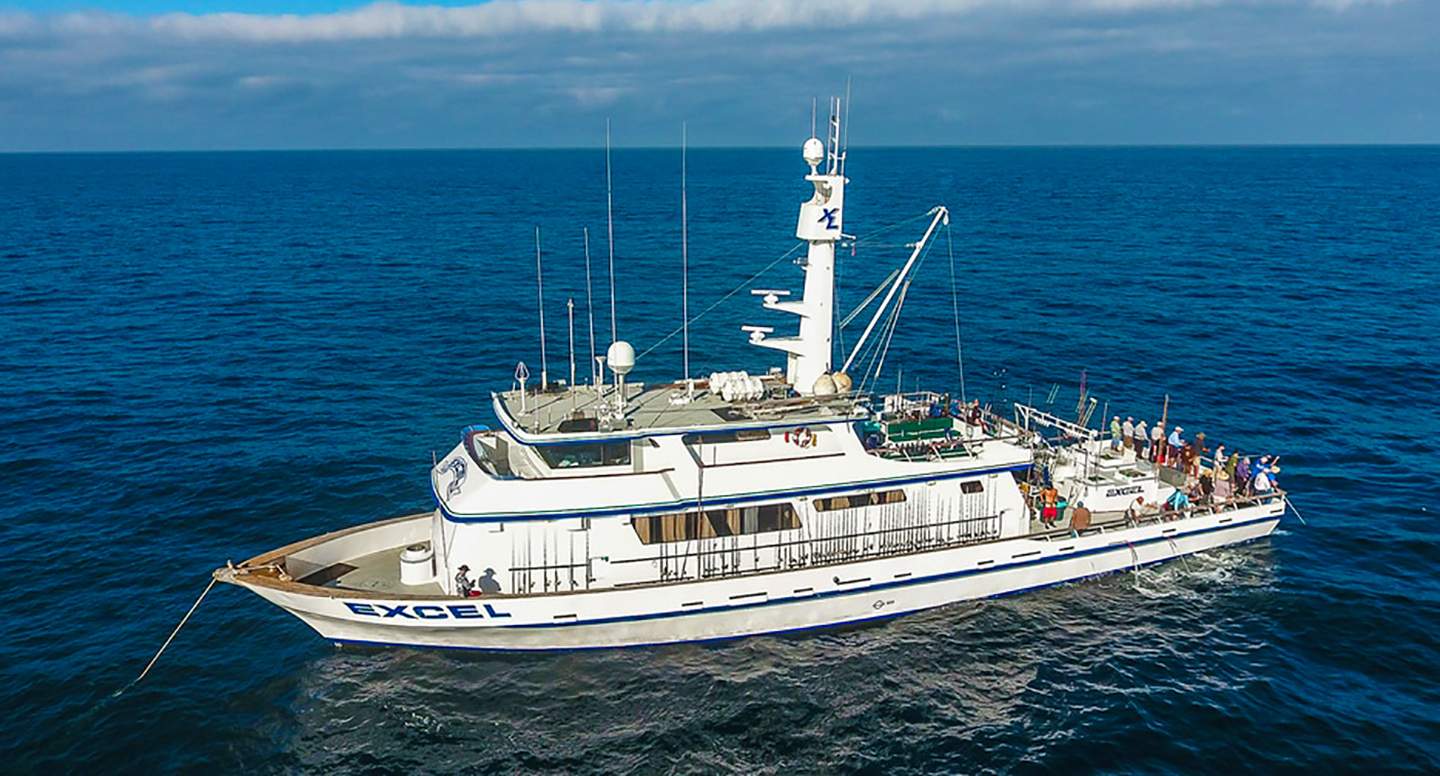 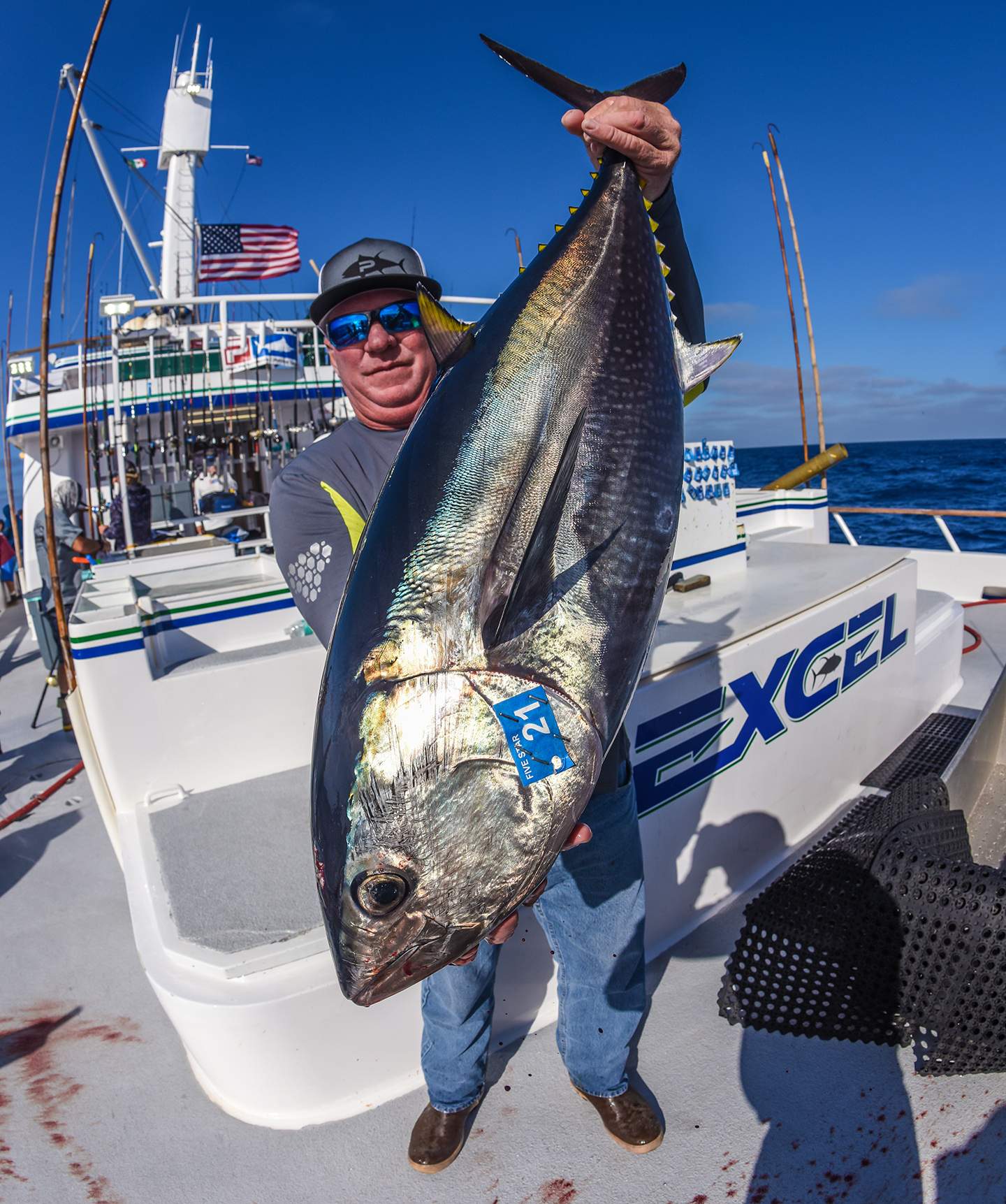 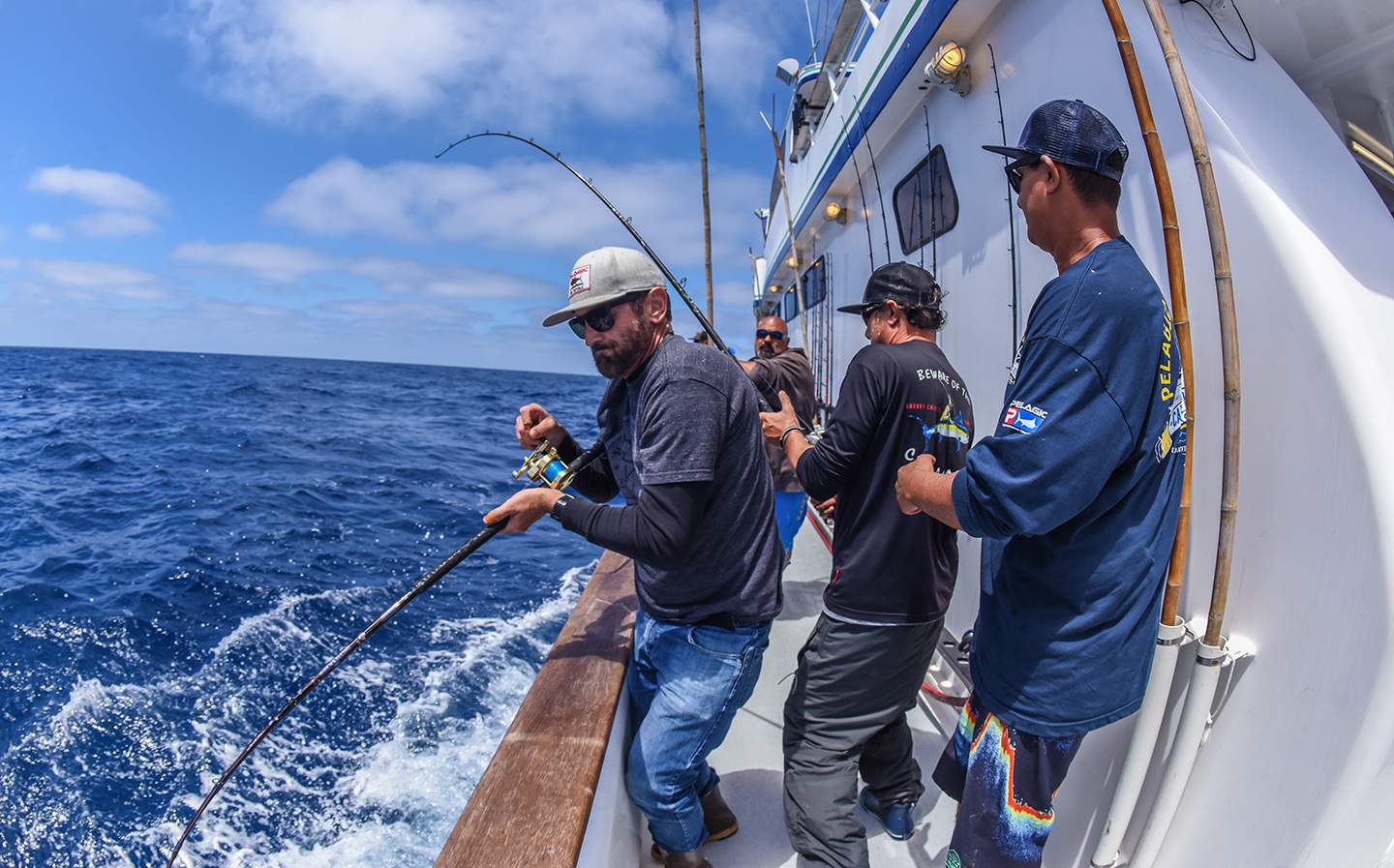 Smiles all around when the fun-sized models want to play. // PELAGIC Pro Team Capt. Justin Fleck baits up a "double trouble" rig which will be deployed on the EXCEL's kite setup // EXCEL deckhand Rene displays a PELAGIC caught tuna. 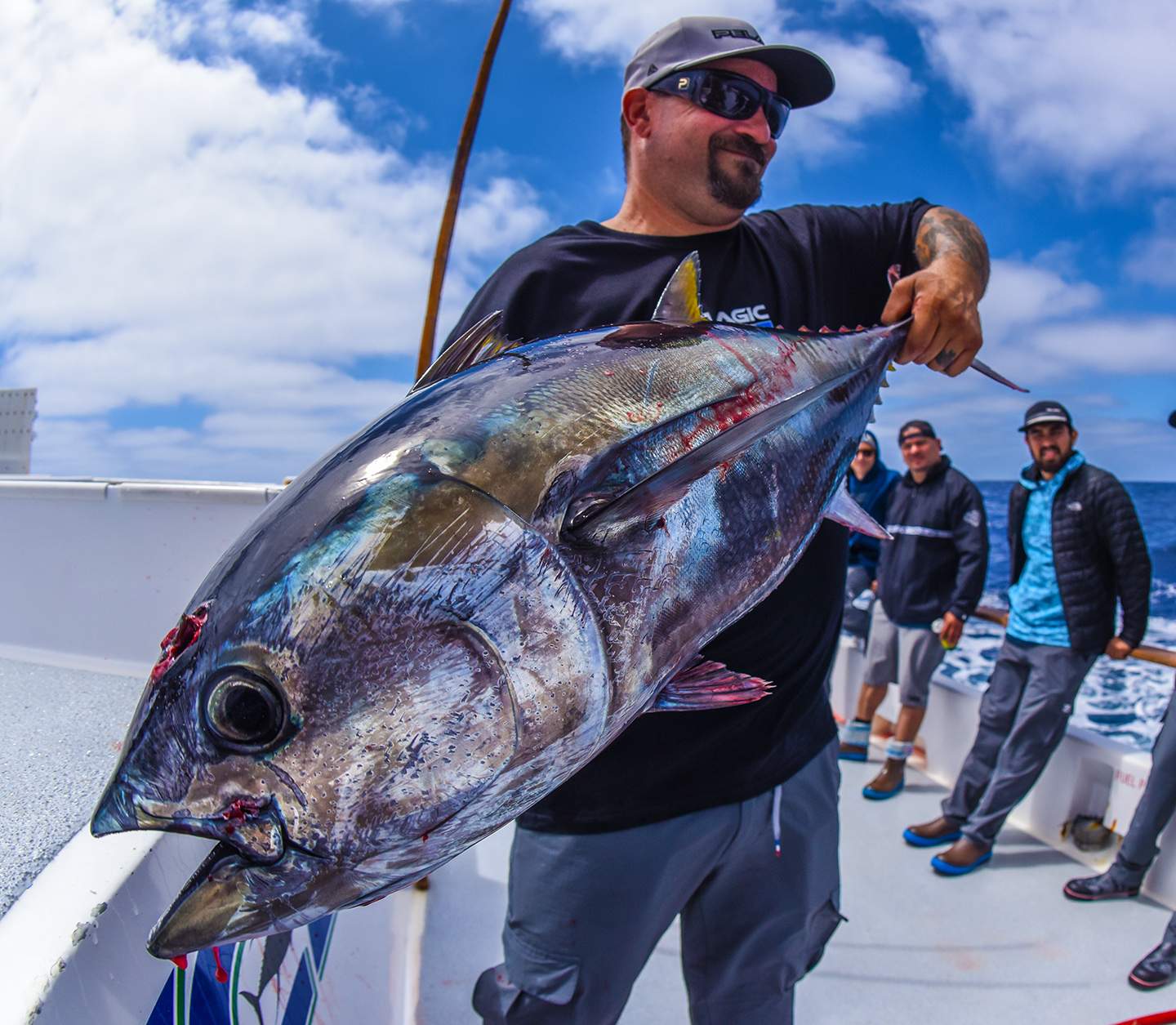 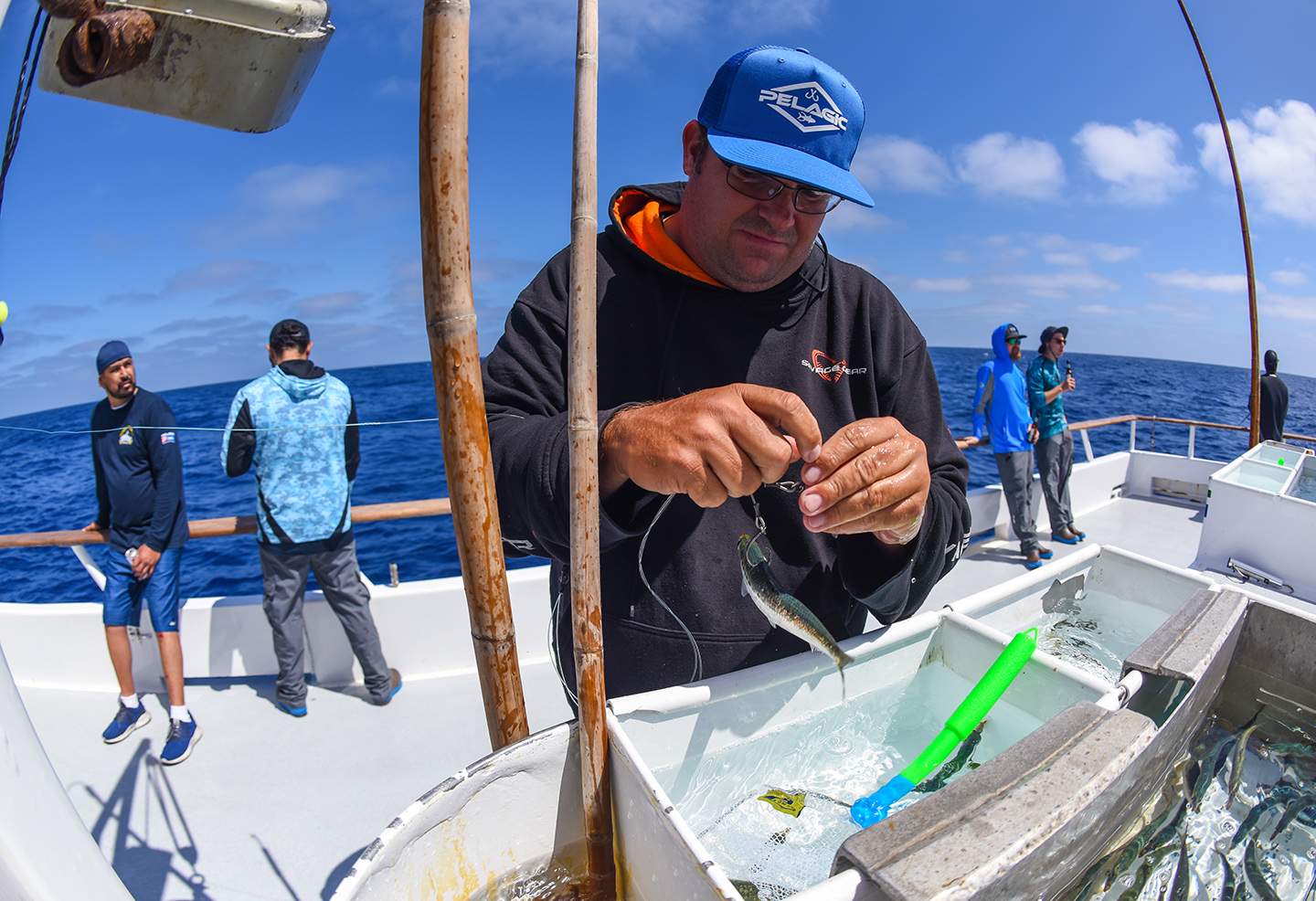 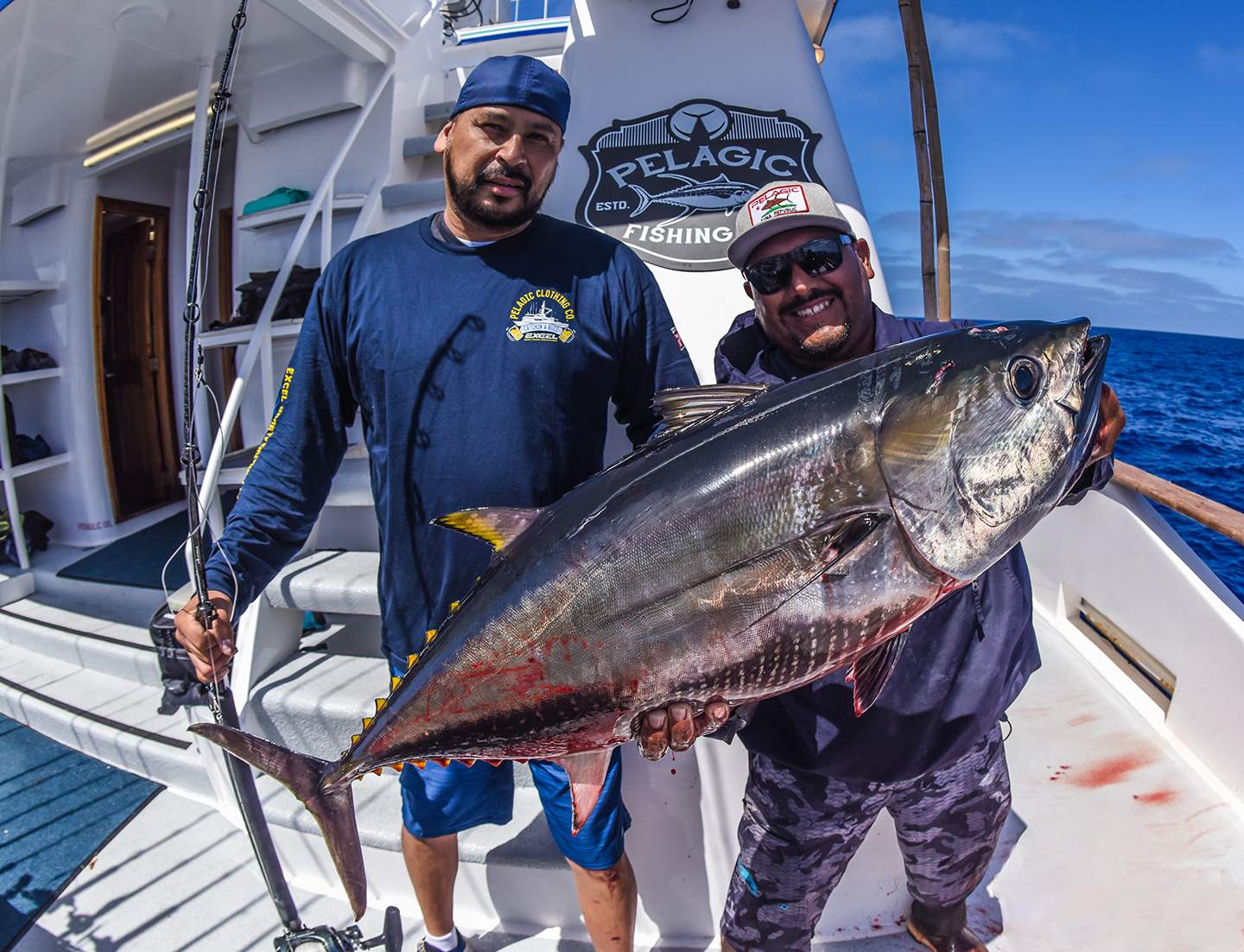 Sliding up on a sonar school of bluefin resulted in multiple hookups for the first few baits that hit the water. // A sunset schoolie. // The spoils of War! - an incredible spread of sushi fresh from the days catch. 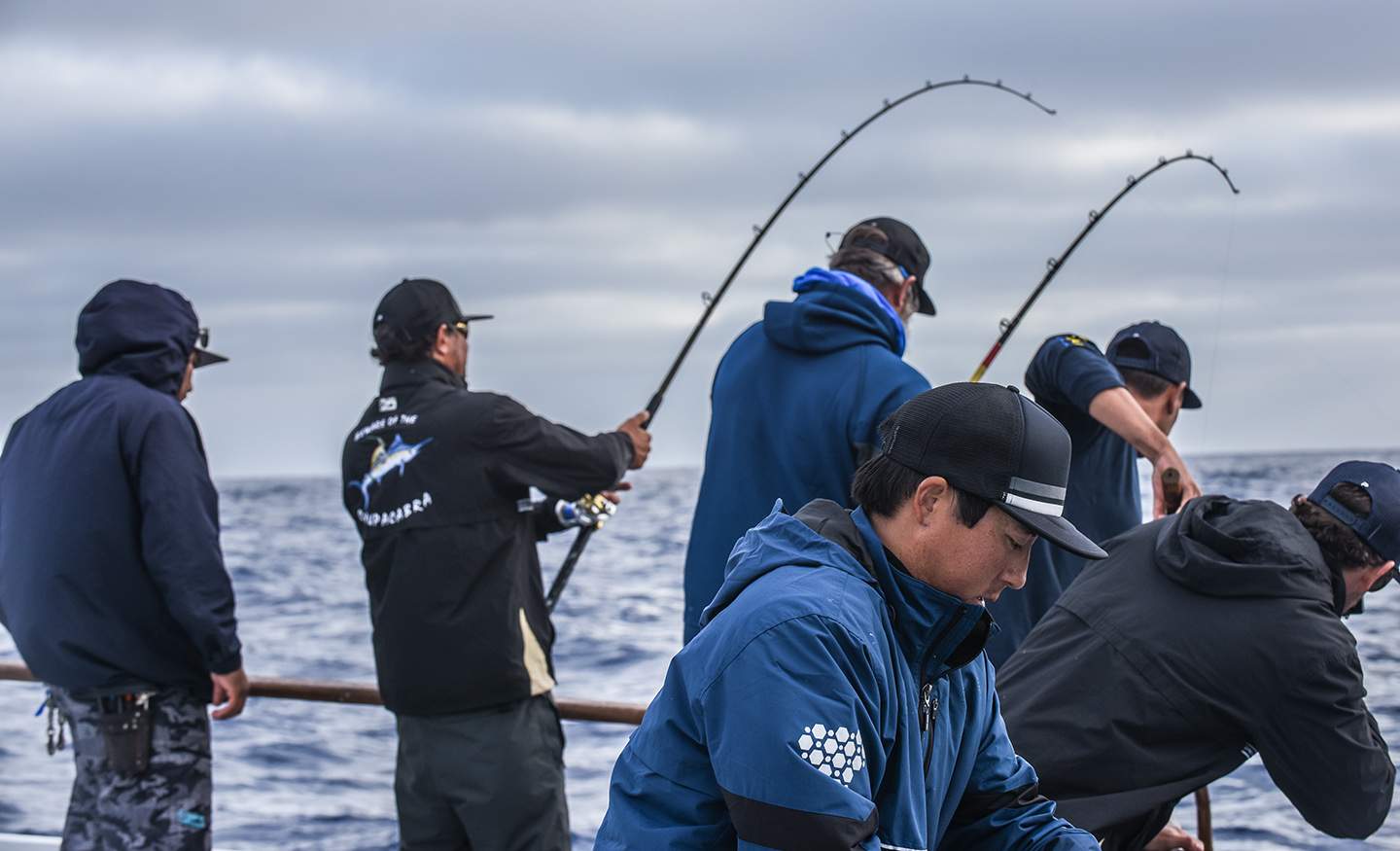 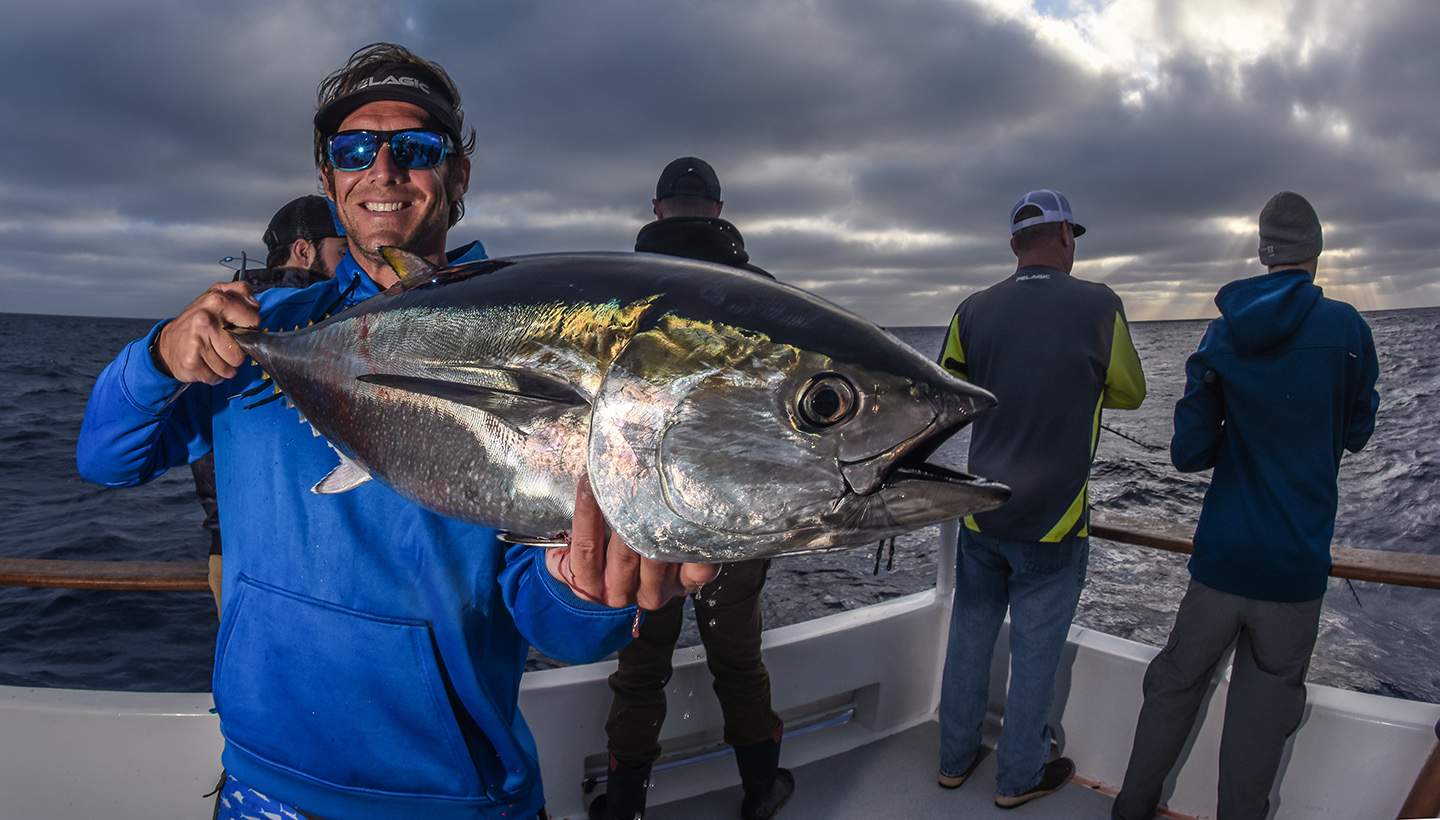 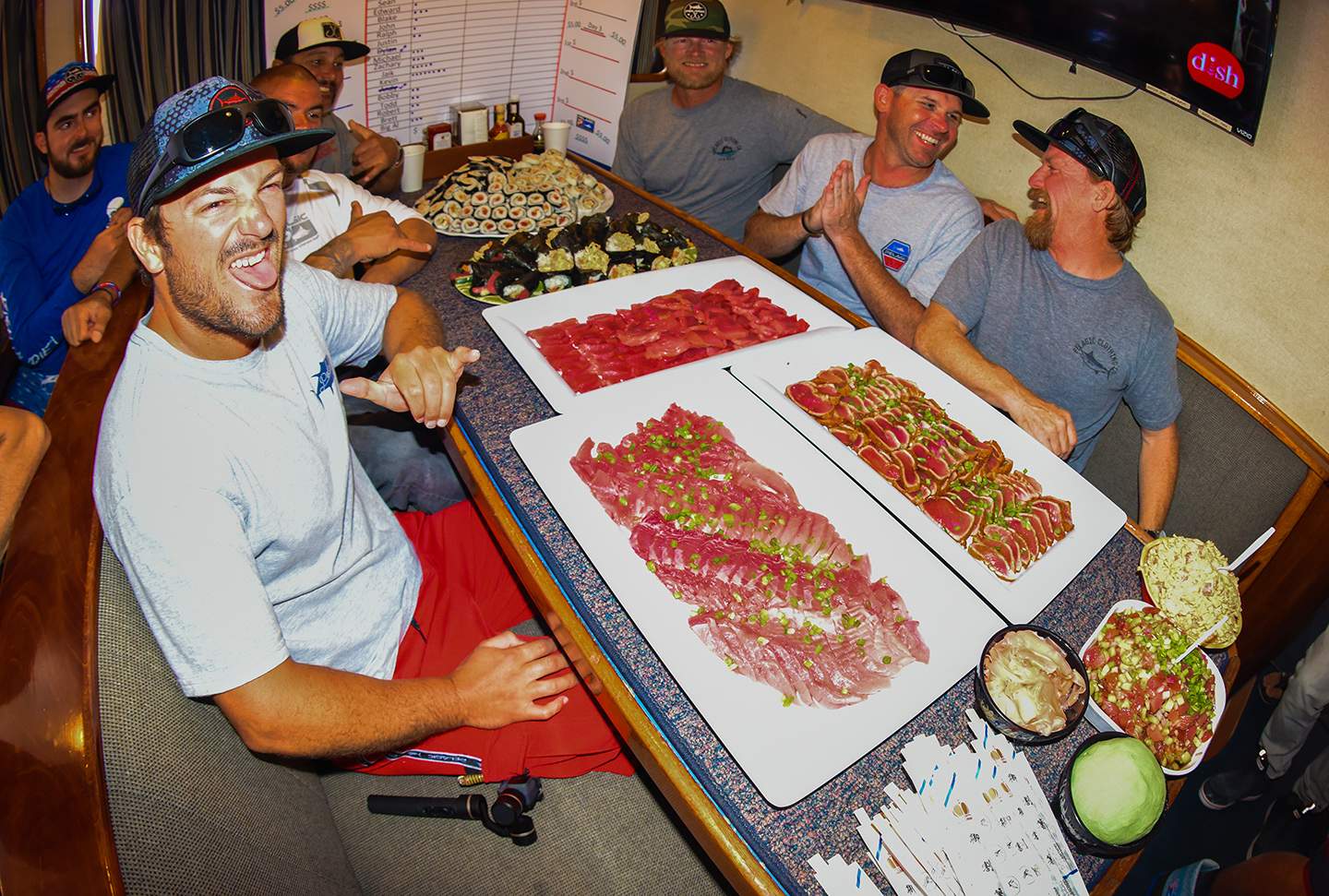 The PELAGIC crew enjoying lots of cold ones and lots of laughs in between stops. // This bluefin put up a good fight on light line and a bass setup for Mike Curtius. // A fun stop at the Coranado Islands had the calicos chewing - Kevin Mattson and EXCEL owner "Big Al" Gross show off the quality of bass coming aboard. 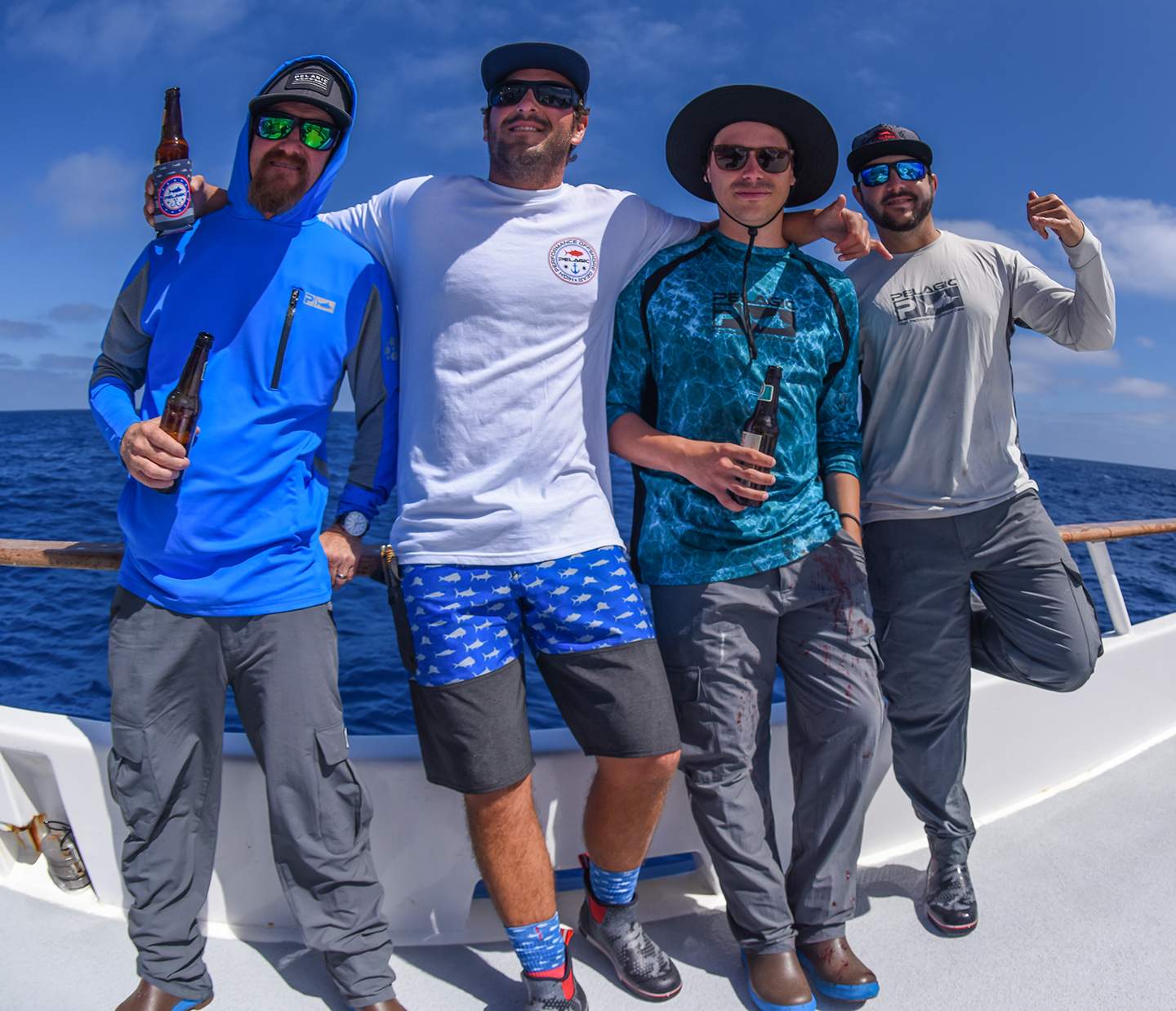 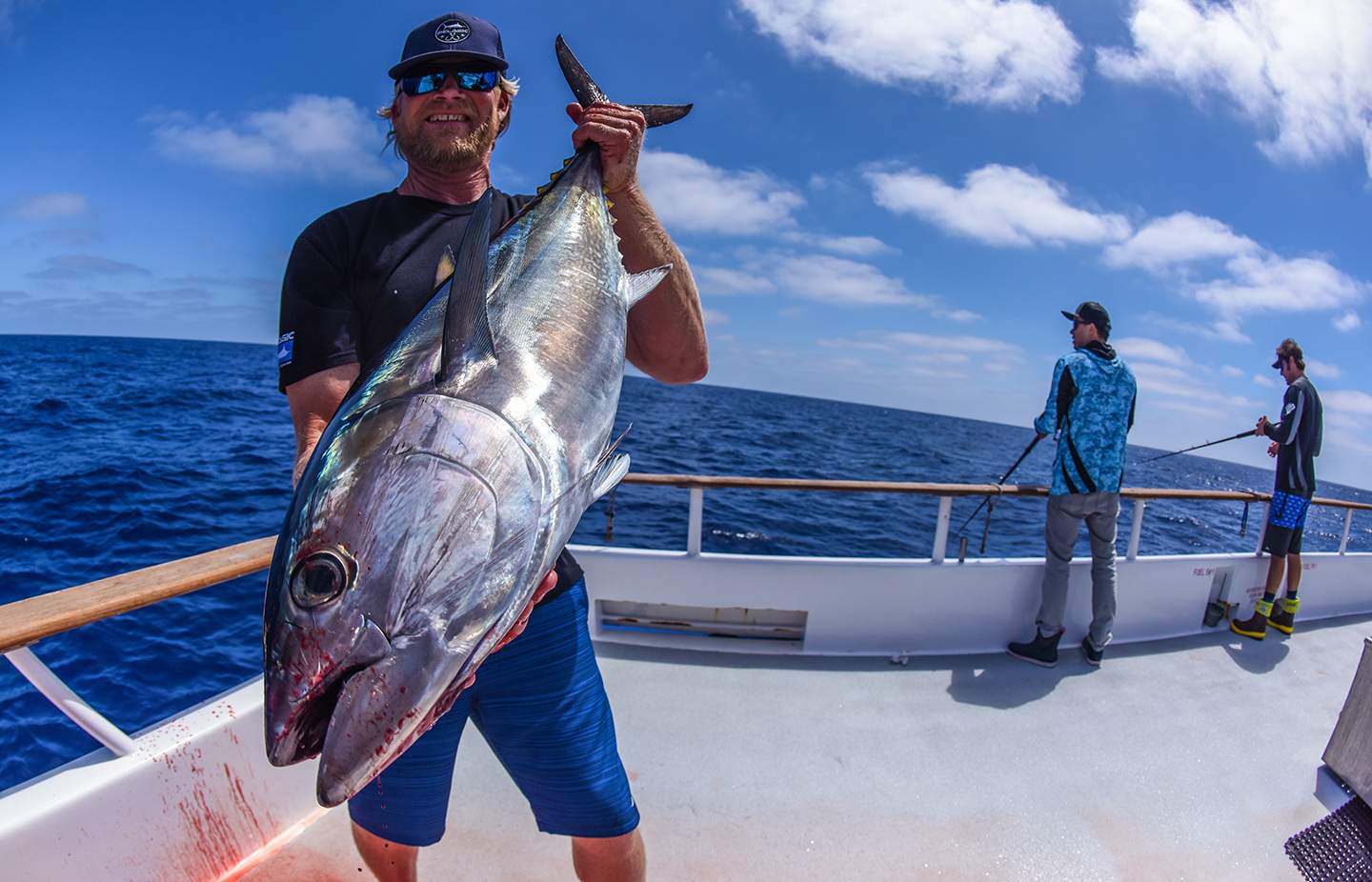 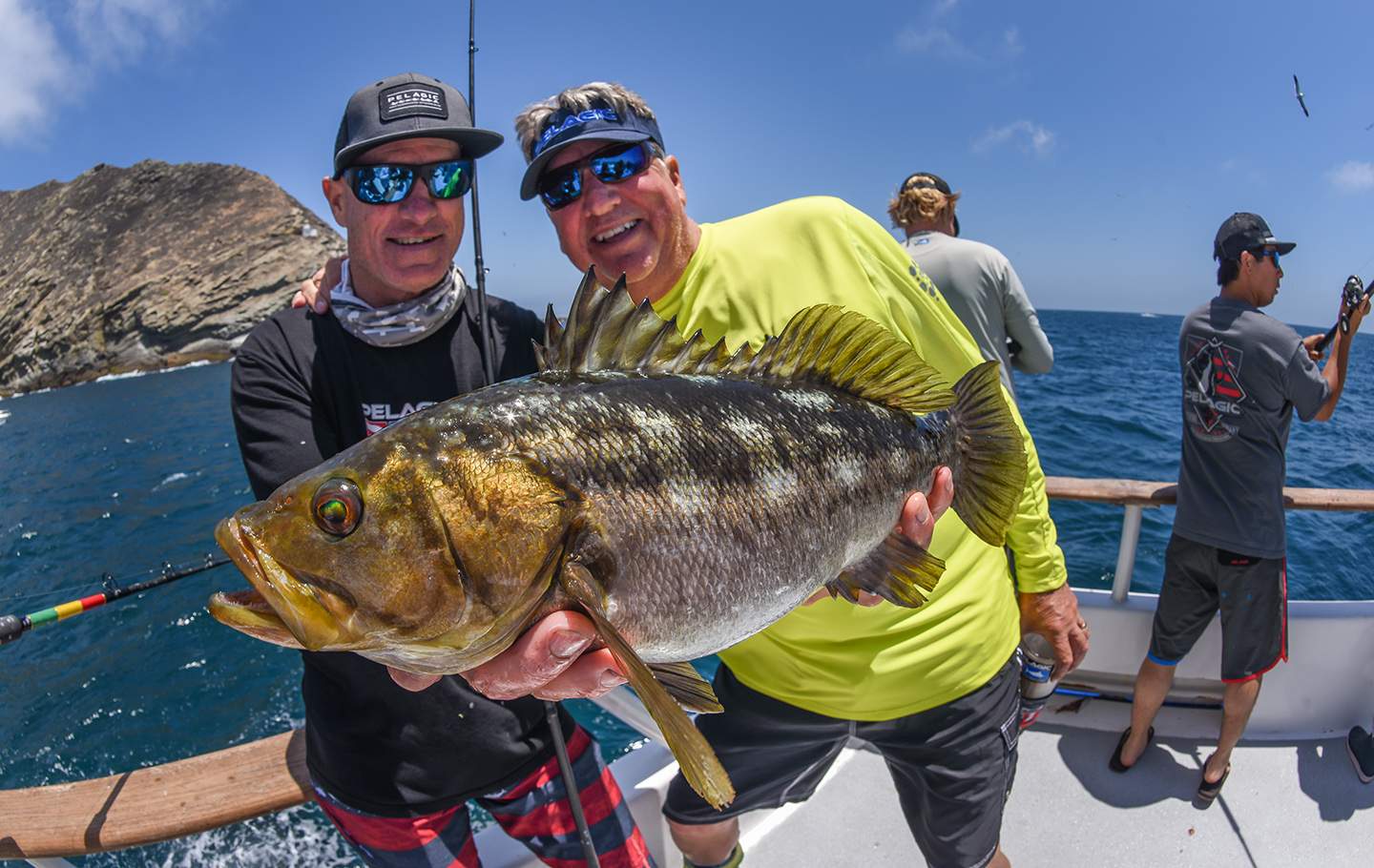 A good snap on some Coranado yellowtail made for some extra excitement on the last stop. // Double hookups were the norm as a healthy fly-lined sardine was an almost guaranteed bite on 2 to 4-lb. calicos. // The motley PELAGIC crew celebrates another epic trip aboard the might 'BIG X'! 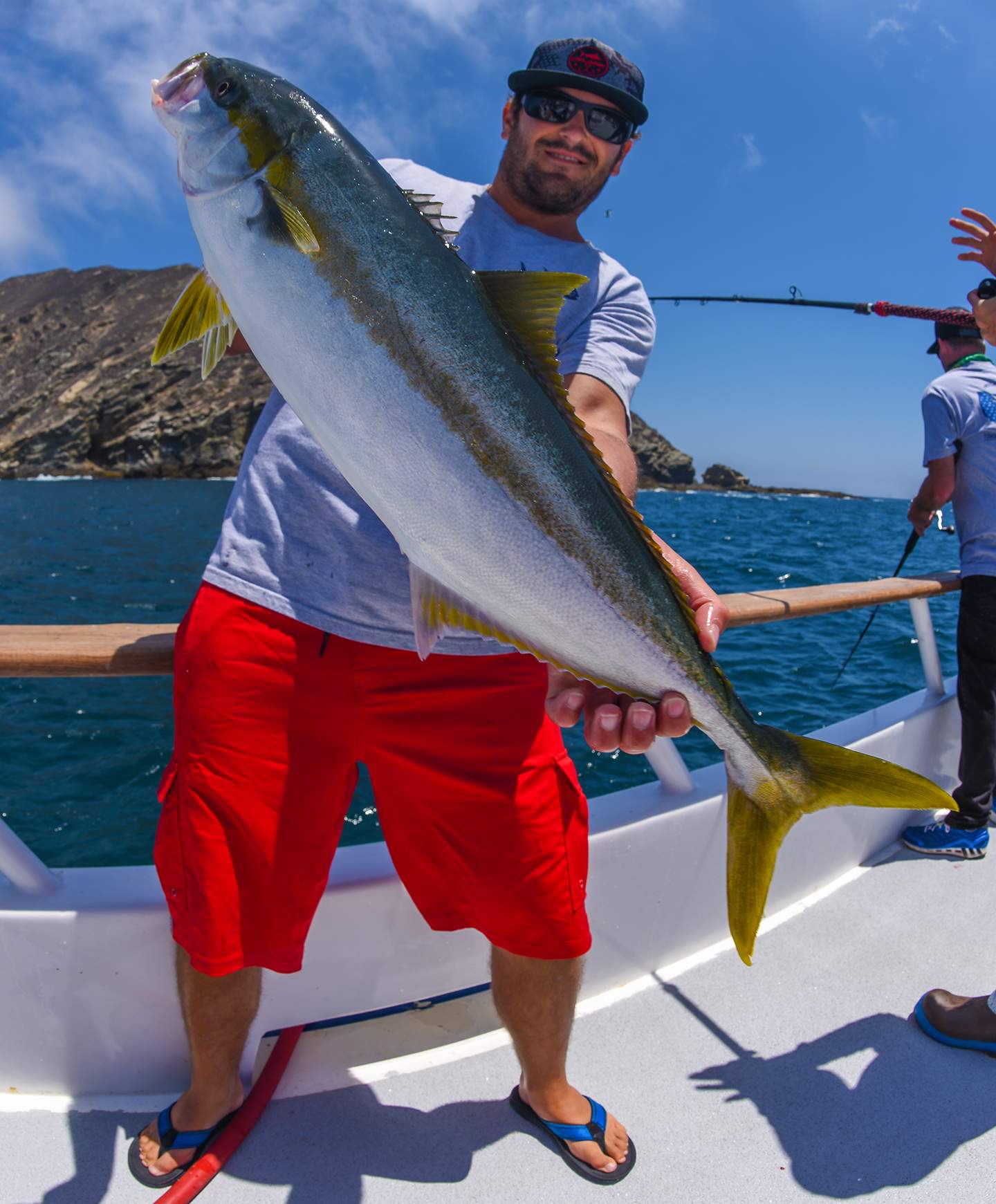 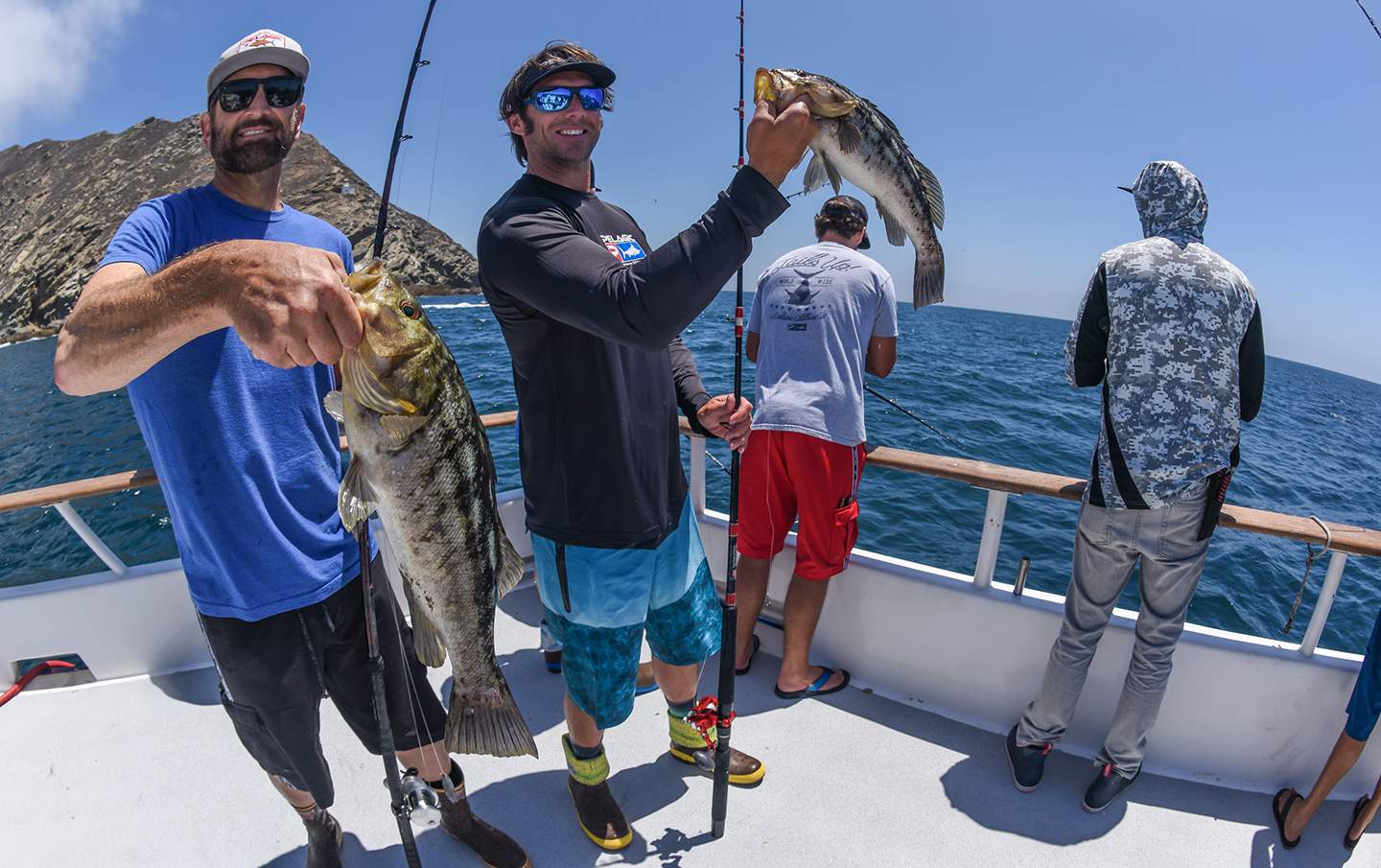 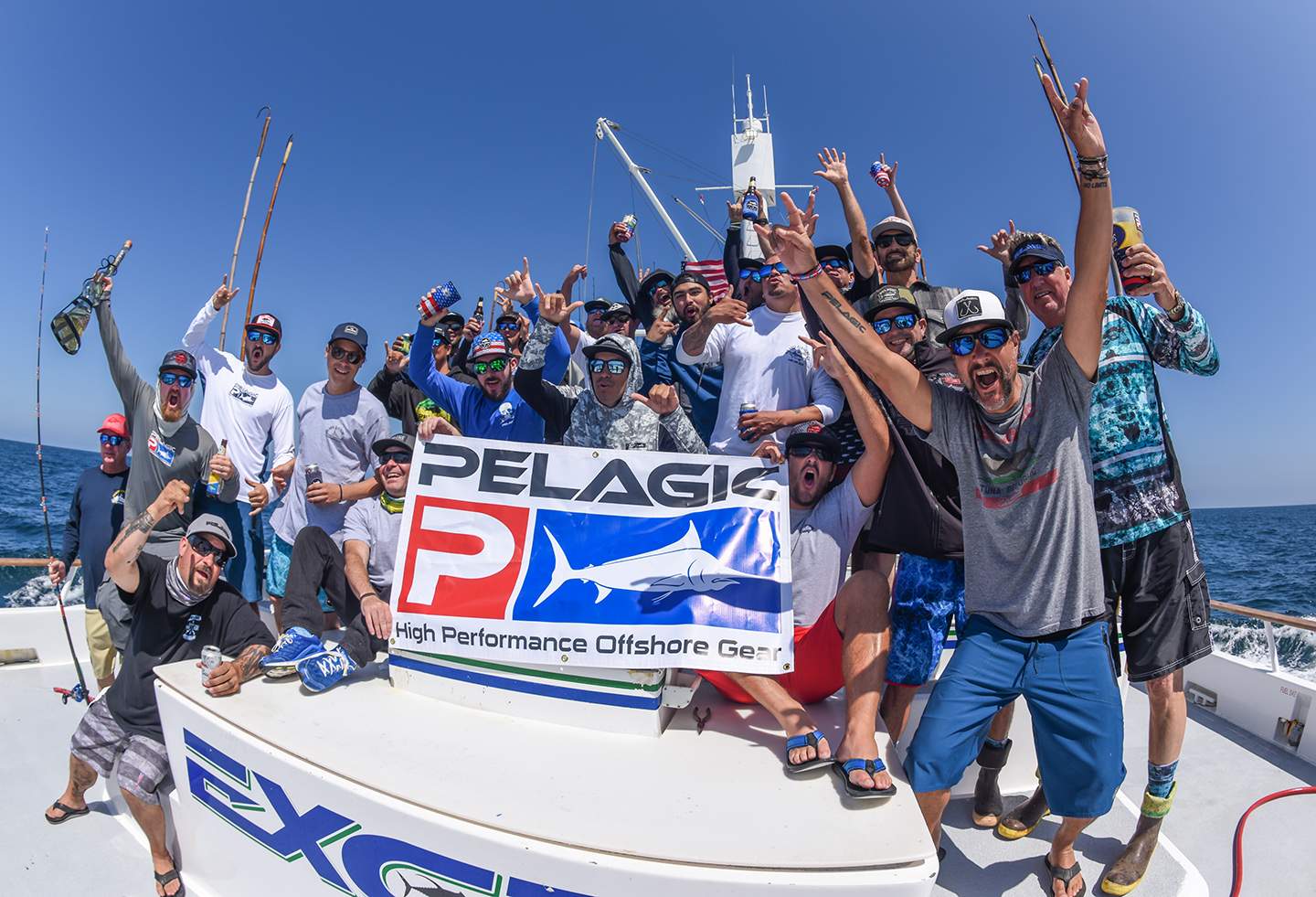