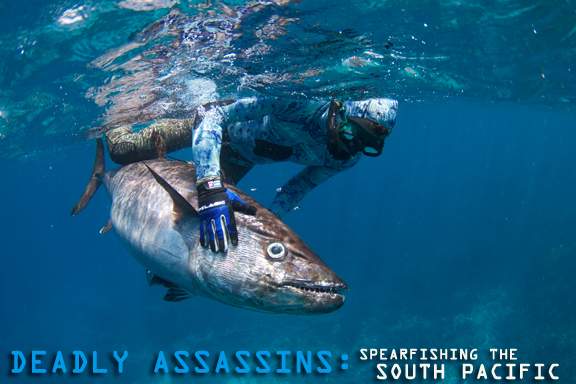 There is no kind way to describe Dogtooth tuna. They are truly a mean, ugly, and brutally strong apex predator. In reality, dogtooth are not a true tuna. They belong to the mackerel family and relate closest to bonito. What makes these fish a prized target for big game spearfisherman are the challenges they present in capturing.

Shooting and landing one of these prehistoric looking beasts requires a lot of time, preparation, skill and of course a little luck. Speak with any fisherman or free diver who has pursued this species and I’ll bet that you’ll hear about more episodes of defeat and heartbreak than with any other fish they have come across.

Below: A close-up of a Doggie's chompers 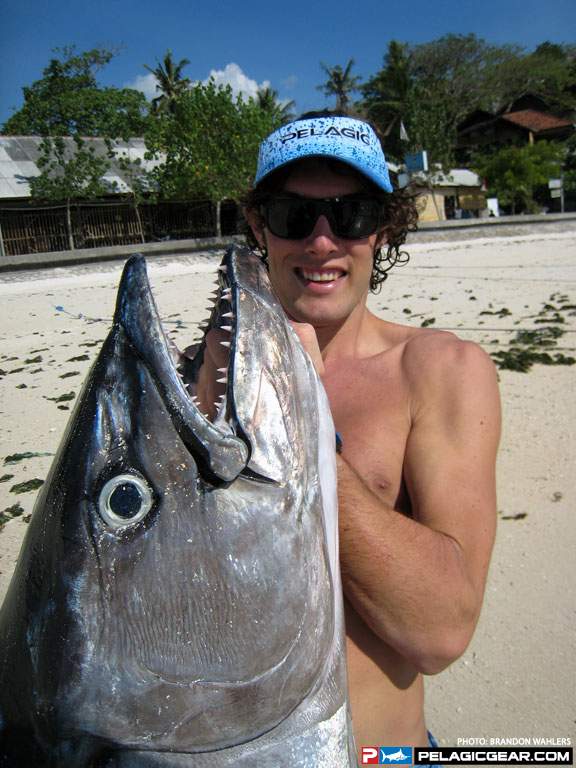 Doggies are primarily found in the warm tropical waters of the South Pacific and Indian oceans. The biggest always seem to be in the most remote, hard to reach islands with the most extreme conditions. They prefer to cruise along deep drop offs along outer reefs and underwater pinnacles. Finding current is critical for big dogtooth. And lots of it!

These fish aren’t you’re run of the mill reef species that may pull one buoy down and swim around in circles after they’re shot. The moment you stick a shaft into one of these brutes they explode and run for the deep like you’ve never seen before. My gear setup for hunting big dogtooth consists of a 67” Sea Sniper Pro speargun rigged with cable shooting line and an 11/32” shaft with cable slip-tip. I run 100ft of float line and 25ft of bungee to three buoys on the surface separated by 6 feet of bungee between each for shock absorption. 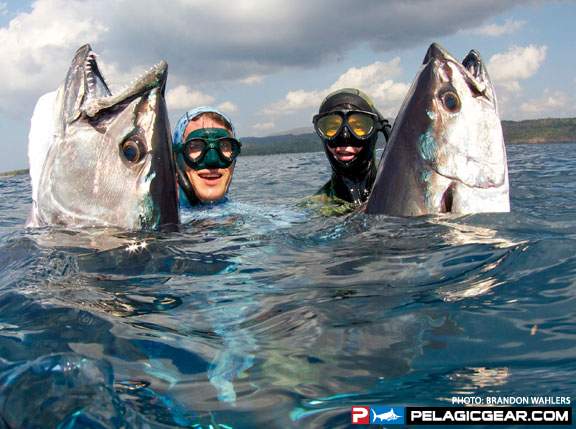 With almost 200lbs of buoyancy, one would think it nearly impossible for any creature to submerge all three floats, but over the course of a few weeks, my crew frequently witnessed entire rigs plummet into the deep, beyond visibility, only to resurface (hopefully) many minutes later and hundreds of yards away. The feeling of watching all of your buoys screaming to the bottom, imploding like raisins from the water pressure before you even reach the surface and take a single breath is unbelievable!

Below: Upward bound - surfacing with a prize dogtooth. 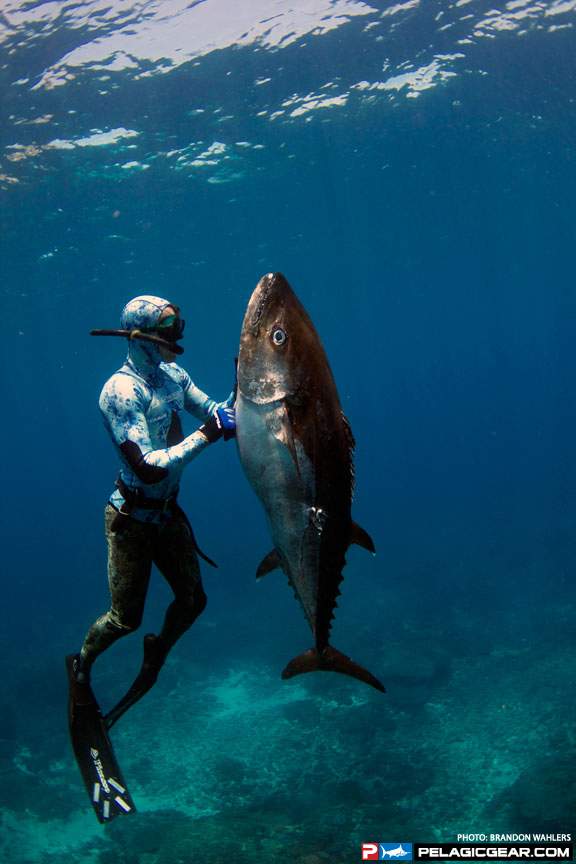 Traveling from all over the world, my crew and I have spent many months in remote areas of Indonesia searching for big doggies, and this past trip was pure insanity! After 3 months of being out of the water, working on a ship at sea, a 21-hour plane flight landed me in Bali. A few hour taxi ride and another overnight ferry ride to an outer island I finally stepped foot on the beach just in time to witness my buddies returning with the days catch. They lifted two Dogtooth out of the boats that were the largest I had ever seen!

“I hope you’re in good shape Roy” my buddy Troy said, because we dove our asses off today. The fish have been deep and cruising in the strongest current you’ve ever seen. There were some really scary down currents today”. Oh great, I think to myself, perfect!

Over the next couple weeks I got back into diving shape and we really scored some epic fish. Each of us shot our personal largest Dogtooth, including a couple upwards of 180lbs. We were very selective with our fish consumption and came home many times without ever pulling the trigger. Little is known about the dogtooth tuna species but they are thought to have a relatively small migration pattern. They also tend to reside near the same general areas, so it is important to protect the fish stocks. None of our fish was ever wasted; they were eaten or given away to appreciative locals.

Below: Locals showin' some swag and reppin' the P. 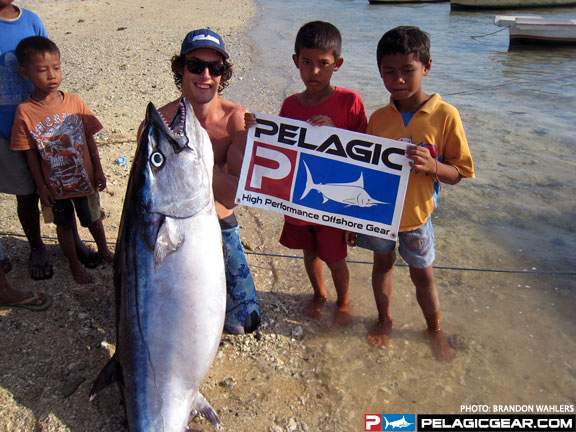 Consisting of more than 1700 islands in the archipelago, Indonesia has the second largest biodiversity of any country in the world, making it a sportfisherman's paradise. After spending many months there, I feel as if I’ve only just begun to unveil what magical places the country has to offer. Until my next dogtooth adventure, I’ll continue to dream about the moment I pull the trigger on a monster doggie at 80ft in 6 knots of current and all hell breaks loose!