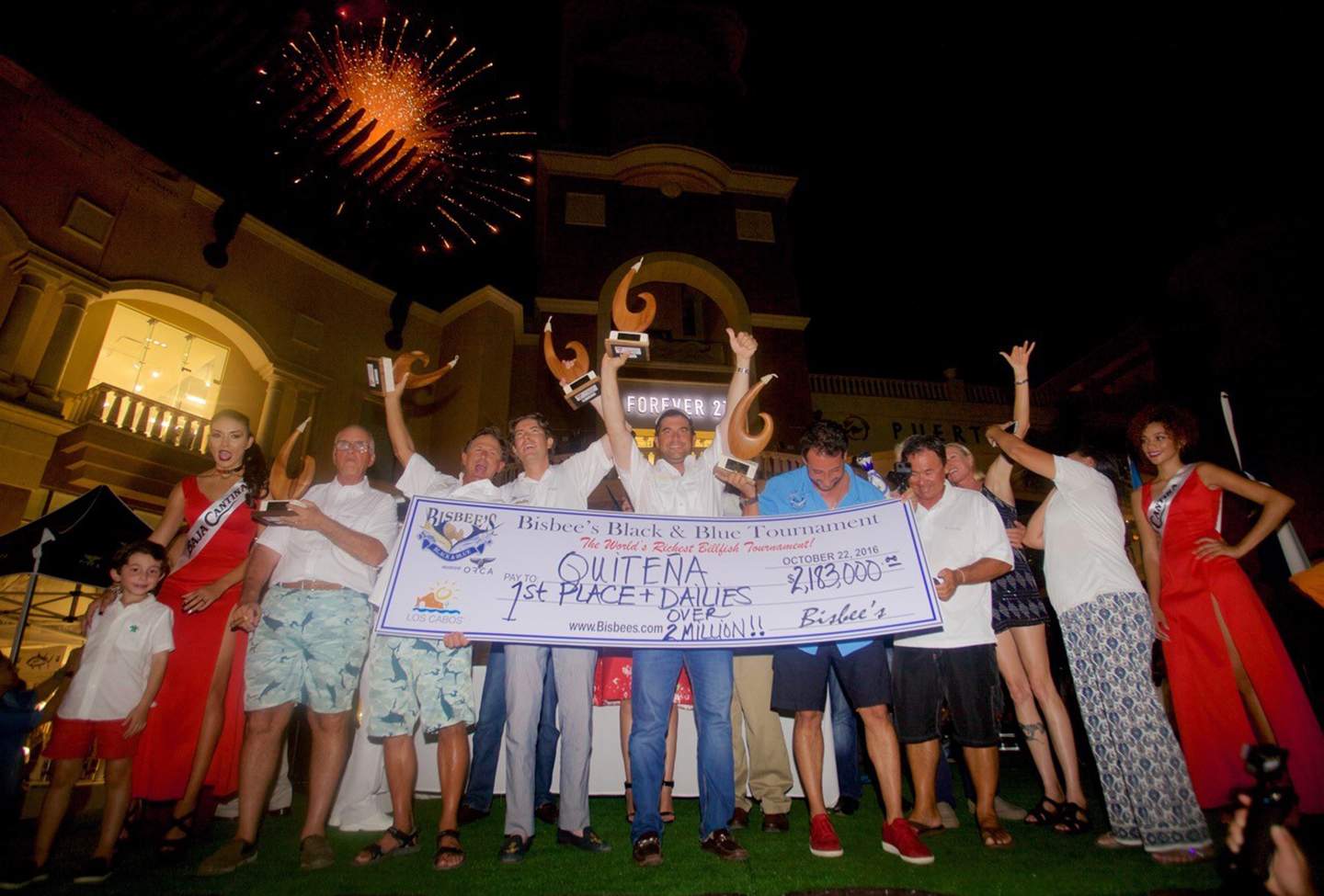 [Team Quiteña earned a cool $2.1 million for their 534-lb. black marlin on Day 2 of the tournament.]

Dubbed “the richest sport-fishing contest in the world,” the 2016 Bisbee’s Black & Blue Marlin Jackpot Tournament lived up to its name, paying out more than $3.5 million dollars. The event saw 121 boats and nearly 1,000 total anglers and crew entered in the event.

When the smoke cleared after three hard-charging days of fishing’s equivalent of the Super Bowl, PELAGIC Pro Team Capt. Marlin Parker, Carol Lynne, Capt. Rich Hamilton and the rest of the crew aboard Quiteña took down top honors in the tournament with a 534-lb. black marlin on Day 2 that landed them a staggering $2,183,000 payout! 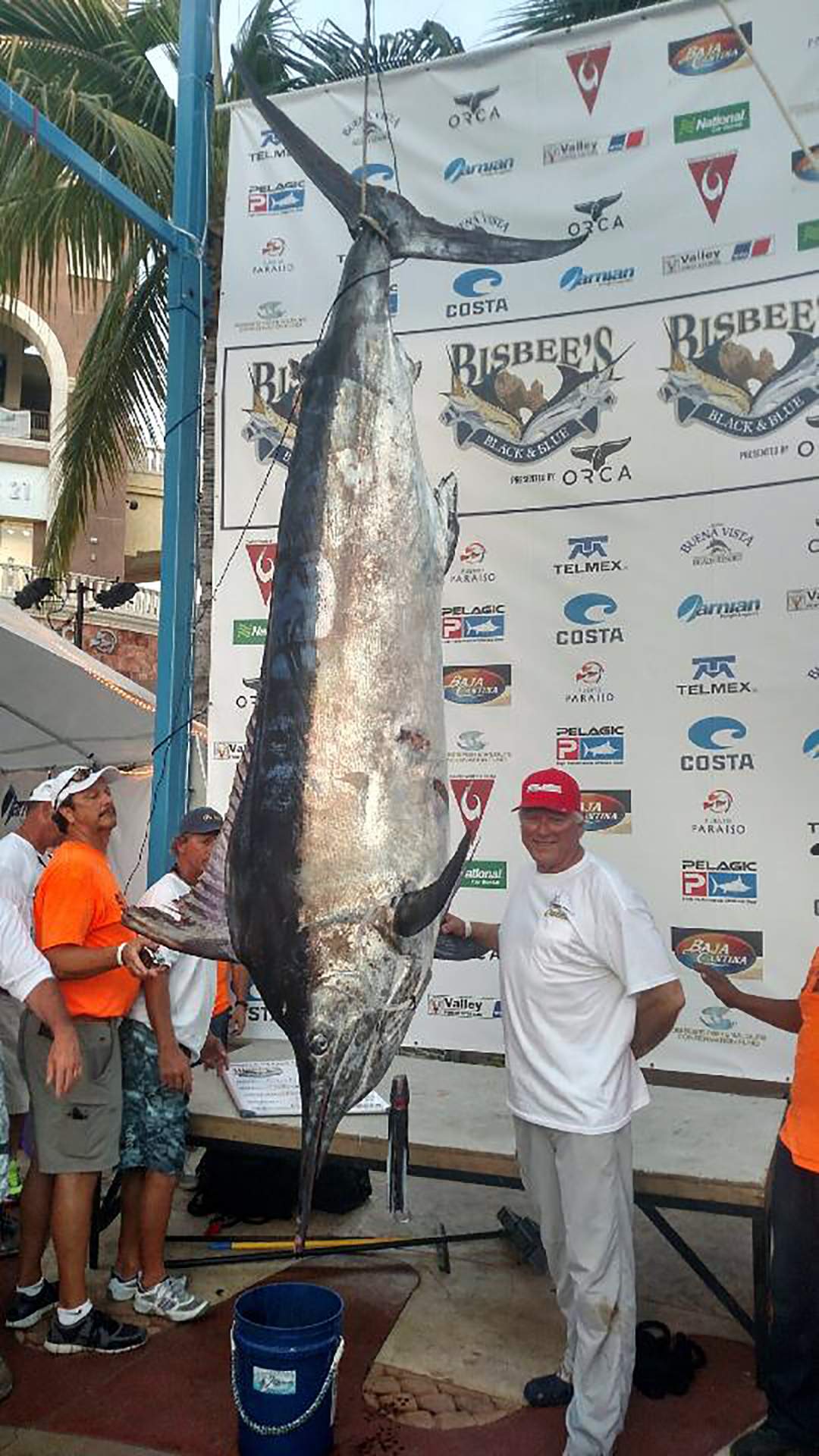 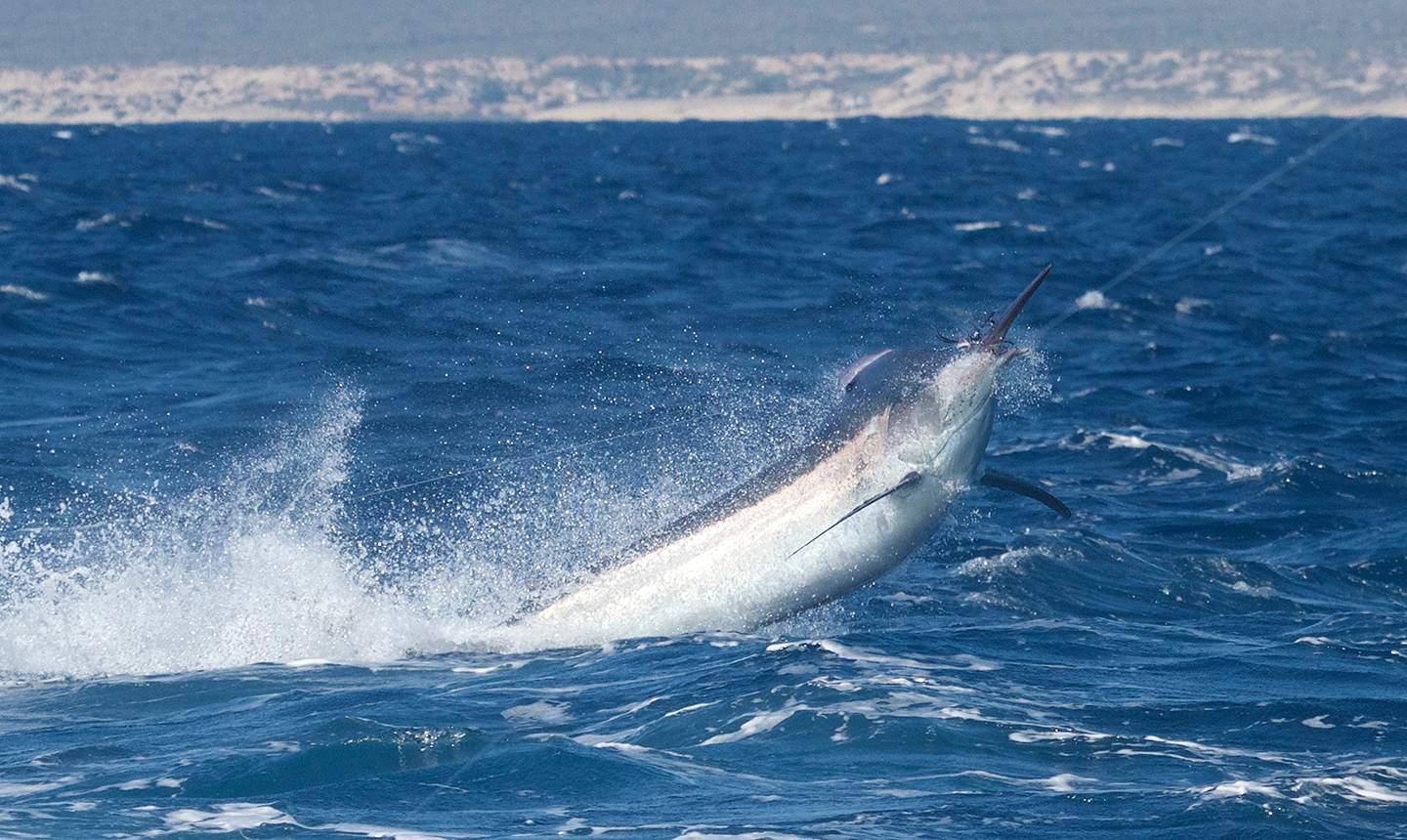 [A big black peeling line and putting on a big show for Team Quiteña . | Photo by Carol Lynne ] 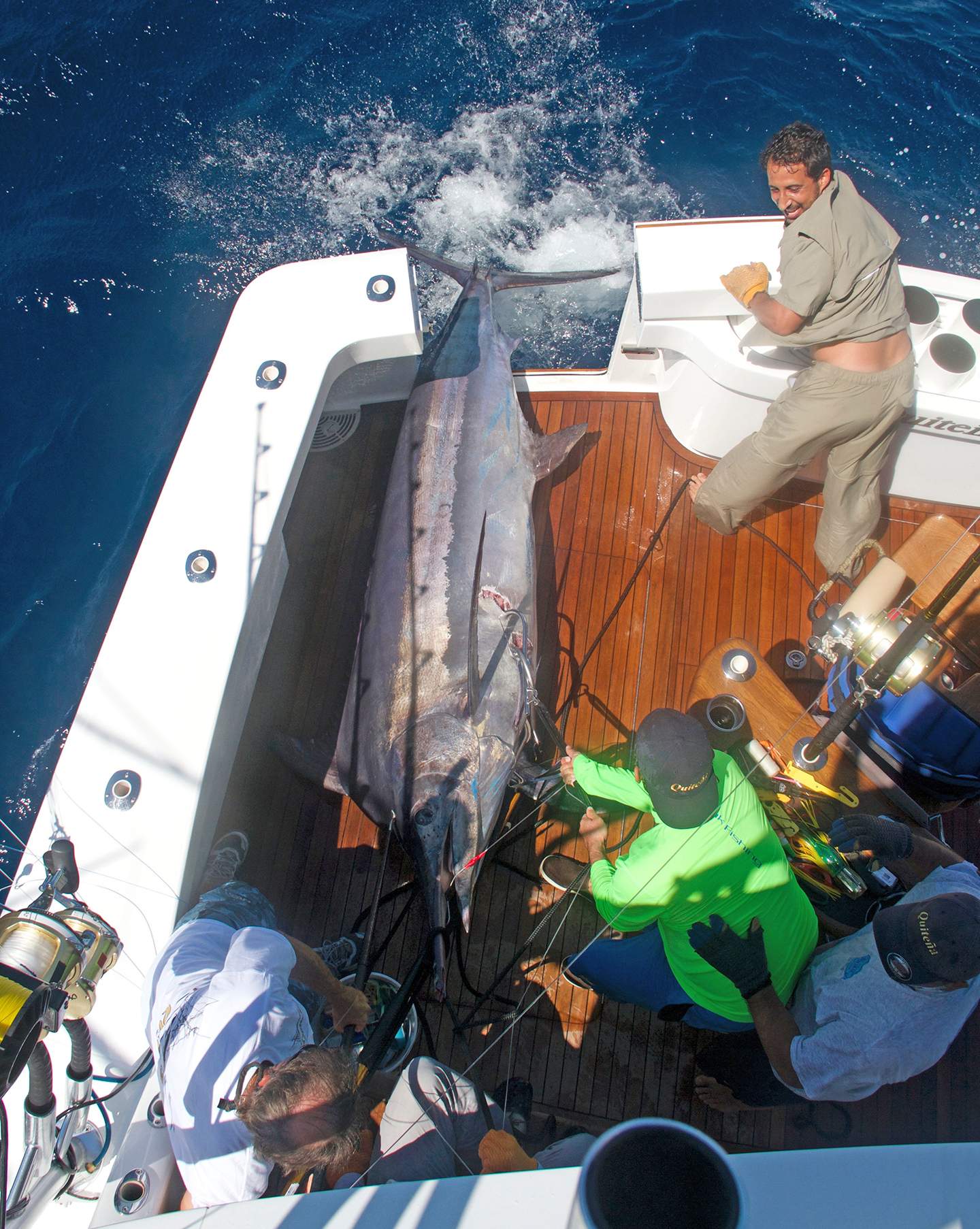 [The winning black marlin comes through the transom door of Quiteña . | Photo by Carol Lynne ]

Other winners included Team PELAGIC’s Capt. Victor Julio, Marty Bates, Ken and Amanda Coffer and the crew aboard Tranquilo for easily running away with the Release division. The team earned top spot for releasing (12) Blue Marlin and (2) Striped Marlin which earned them a $68,510 payout.

[Team Tranquilo celebrates on stage after being crowned the top dogs in the Release Division.] 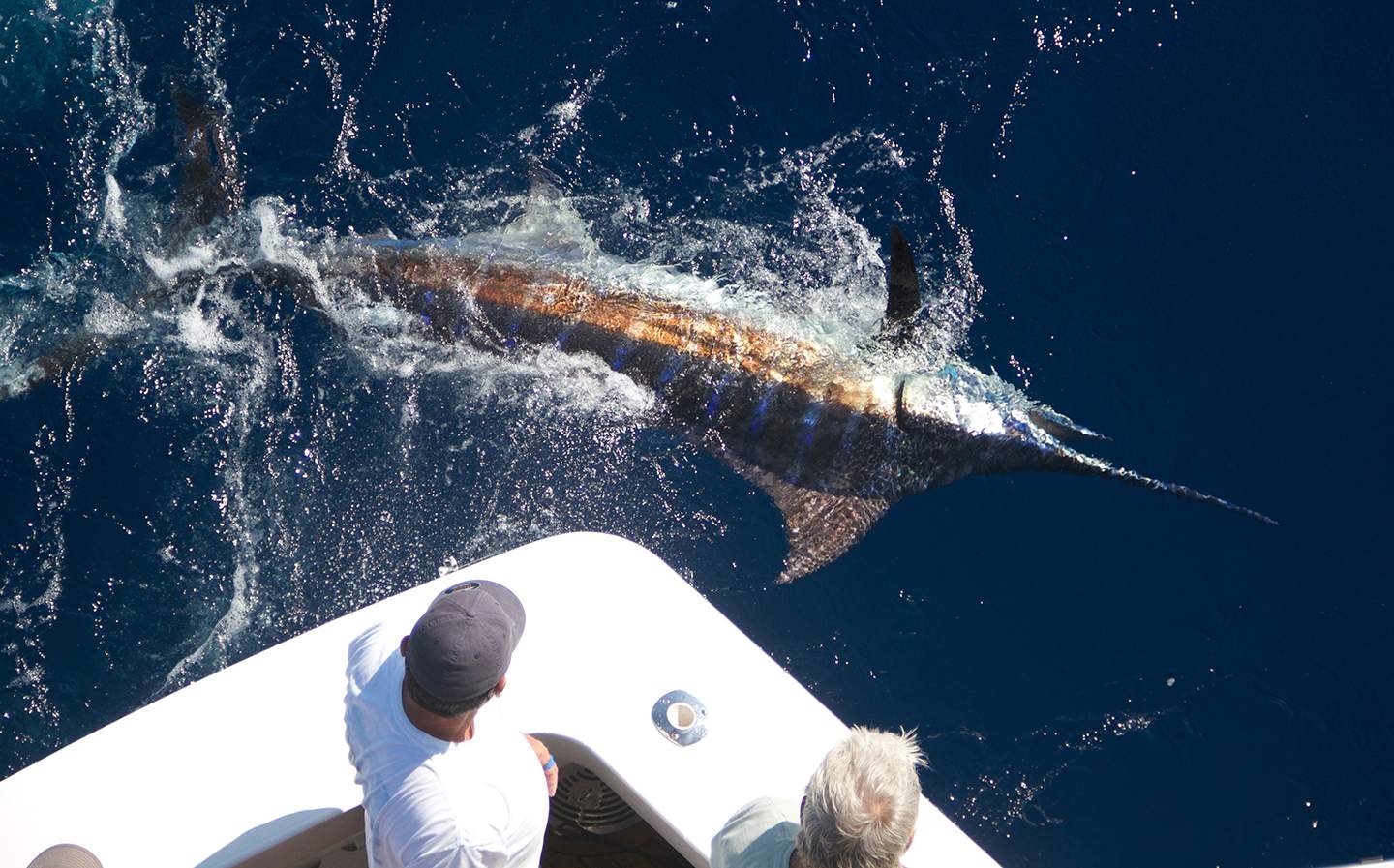 [Another Cabo billfish gets ready for release. | Photo by Carol Lynne ]

“It’s been a killer week,” Tournament Director Wayne Bisbee said after all the camera flashes and fireworks bursts had faded into the night. “We had some quality fish come to the scales, plenty of the usual drama and we gave away an armored-car’s worth of money. I’d like to thank our nearly 1,000 anglers from around the globe that participated and to all our fantastic sponsors who make all this craziness possible. I hope to see everyone here again next October 24-28, 2017, for our 37th season.”

PELAGIC is a proud sponsor of the Bisbee’s Tournament series for over a decade and counting. If you consider an event that draws the world’s best tournament and marlin professionals; it’s no wonder the competition level is so high, the stakes the richest in the sport fishing universe, and the atmosphere provided rivals that of any sporting event seen on this planet. We simply wouldn’t miss it and can’t wait to participate again in 2017. 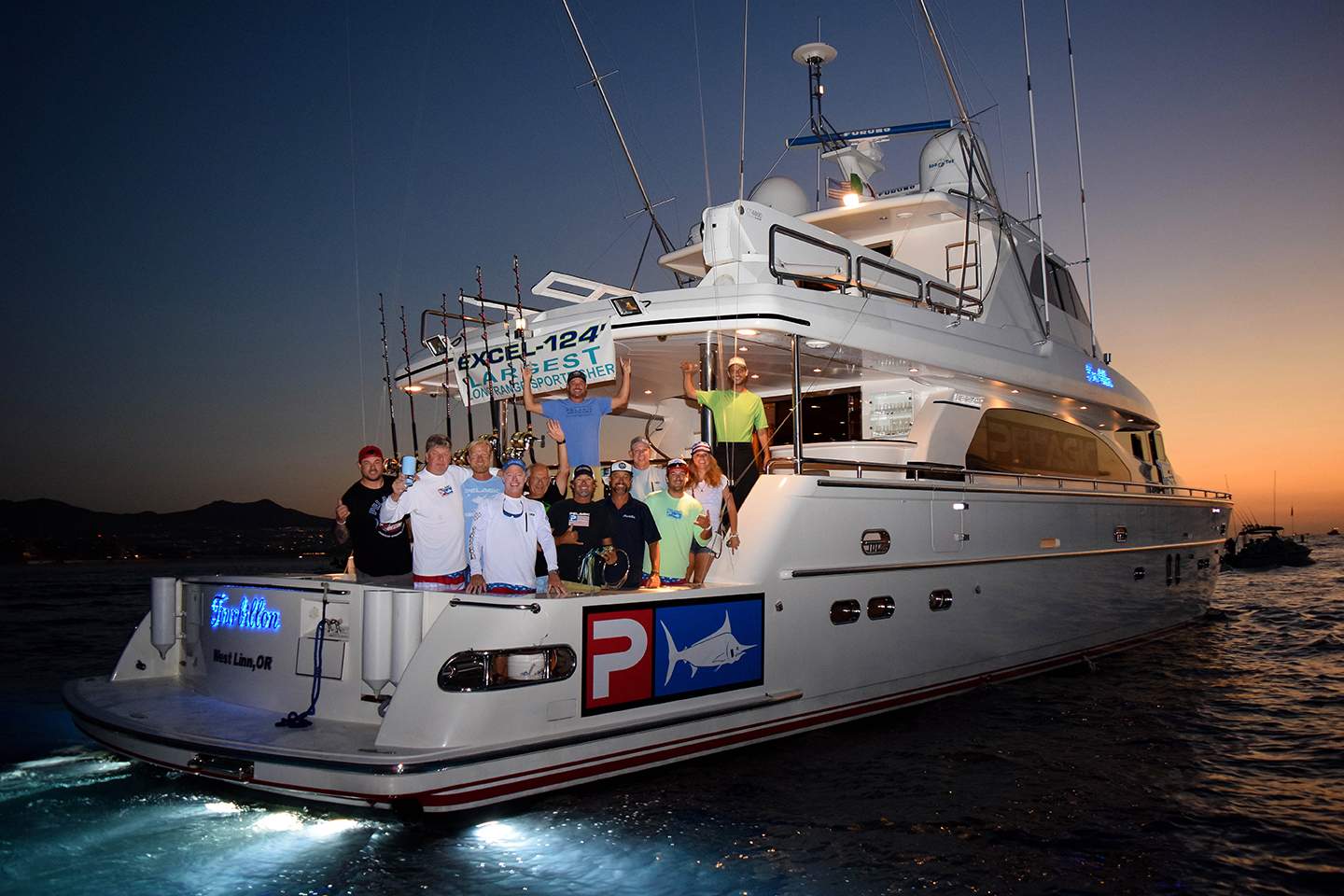 [The PELAGIC Crew aboard Tourbillon all locked and loaded for another day at the Bisbees Black & Blue Marlin Tournament. | Photo by Mario Bañaga ]