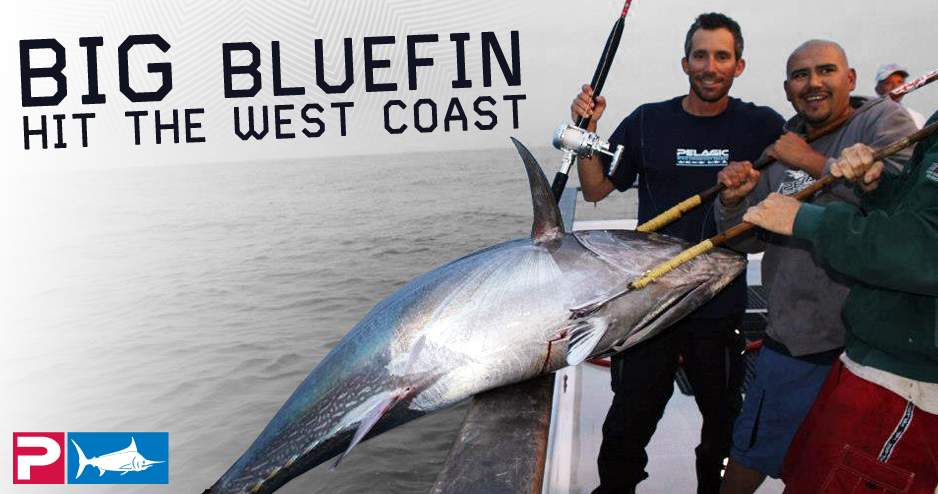 I’m sure you have all heard about the glorious fishing season we are experiencing here in Southern California (or those that live in CA, have had the opportunity to make the best of this stellar situation). Some are probably wondering – what gives? Words can’t describe how good it feels to be seeing swarms of free-swimming Dorado under kelp paddies in 74-76 degrees of water a mere stone’s throw away from our local beaches.

For those that don’t know, we seldom see (at least in the past ten years or so) the golden beauties in our waters; so that, mixed with an extraordinary influx of “all-you-want” fishing for Yellowtail locally, and wide-open Yellowfin and Bluefin Tuna biting within a day’s range from San Diego into Mexico, has people excited about not only the primo fishing we are experiencing, but the potential for an elongated season as well, as some are predicting this to last well into October or even November.

Below: Local Dorado and Yellowtail aplenty - a great sight for Southern Californians 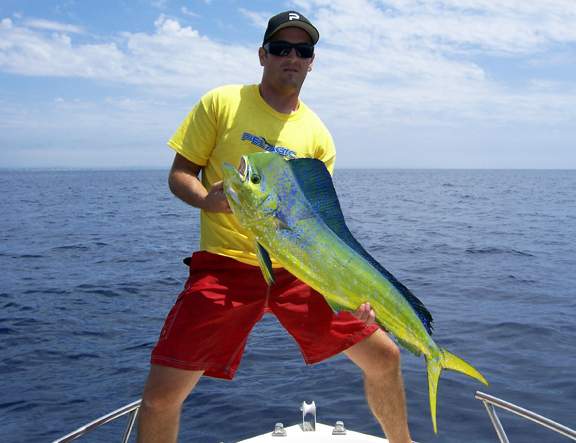 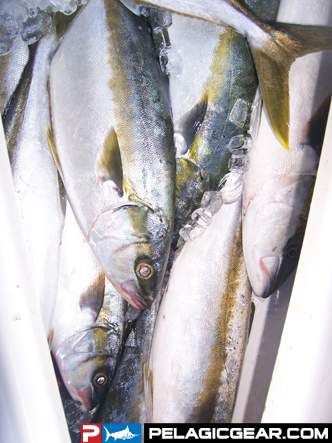 Now, it seems that our finicky foe to the south, the Bluefin Tuna, has magically grown in size – going from the typical “school-sized” 25-40 lb. Bluefin we are used to in these parts, to schools ranging from 60-120 lb. class, big by Pacific Bluefin standards. If you read the article titled ' The California Slam ' here on The Waterman’s Journal , you will see that Team Pelagic had a brief encounter with these tankers just last week.

A couple days ago, we got the best news that any of us have heard in a long time, fishing related anyways – A monster Pacific Bluefin was landed in day-and-a-half to two-day boat range from San Diego. My good friend Gary Schall was fishing aboard EXCEL , one of San Diego’s premier long range vessels, on an eight-day charter, where on the last day of fishing, only about 100-miles or so from San Diego, he hooked, fought, and landed the biggest Pacific Bluefin Tuna to come into any of the southland marinas in a long time.

I got a chance to chat with Gary when he returned and he gave me the recap of his incredible catch:

“There was a lot of life around and things just looked ‘fishy’. Landon Yaccobucci had just landed three Escolar and a big Oilfish of about 60 lbs. by using the deep-drop method; that’s when I started fishing. I was flylining a 12-inch squid in the dark, around 0530, a half-hour before grey light. I was using a custom-wrapped Phoenix 7002X Rod and an Accurate ATD12 reel loaded with 80# spectra and an 80# Seaguar Premier Fluorocarbon wind-on leader. My bait swam strong and I got bit about 100-yards from the boat. 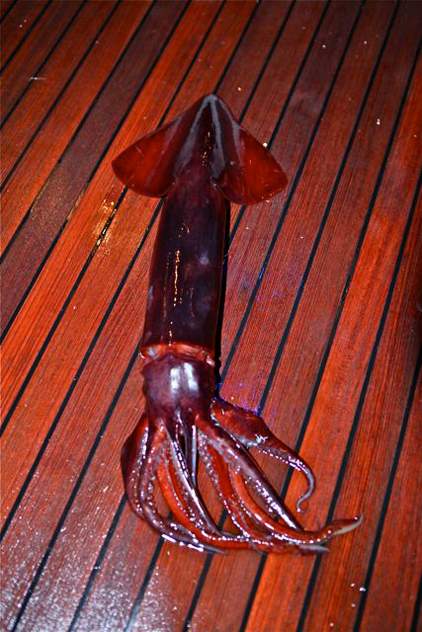 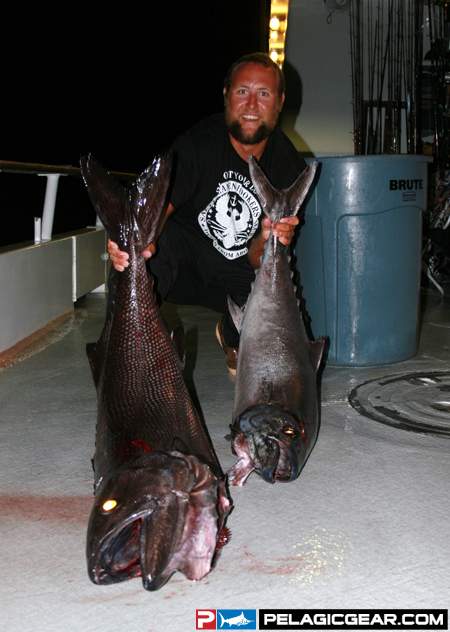 “The first half hour of the fight I thought it was a shark, but I couldn’t turn the fish like I normally could with other sharks I’ve caught. Then, the fish surfaced and stayed out away from the boat for a while, so we thought it could possibly be a marlin or even a swordfish.

“Finally, the fish sounded and stayed straight up and down, and I started thinking to myself, ‘Holy crap, is that a tail beat?’…the tell-tale sign of a larger tuna. The fish stayed at deep color for 20-30 minutes – I couldn’t budge him, but at this point the crew and I could see its silvery body and knew it was a tuna.

“At last, I was able to turn its head and got it to slowly circle upwards towards the boat. When the fish was pulled over the rail, Landon screamed, ‘Oh my God – it’s a Bluefin!’

Below: _EXCEL's _crew has their hands full as they hoist the monster Pacific Bluefin // Ecstatic, yet exhausted, Gary Schall poses for a quick pick on the rail before the fish hits the deck 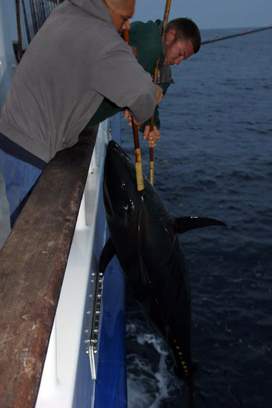 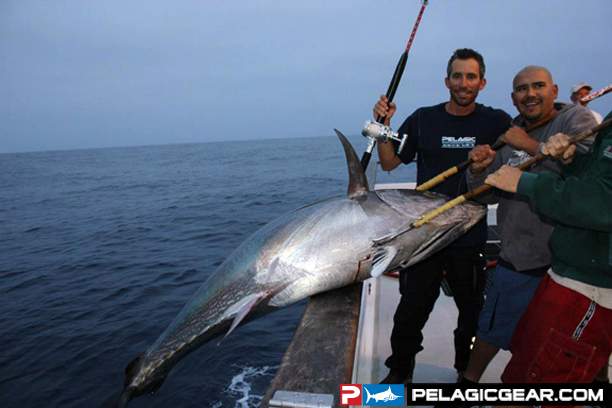 "At that point, everyone’s jaws hit the deck and there was all out pandemonium on board. I’ve caught Yellowfin that are larger than this; but this fish fought harder than any other I have ever hooked into.” 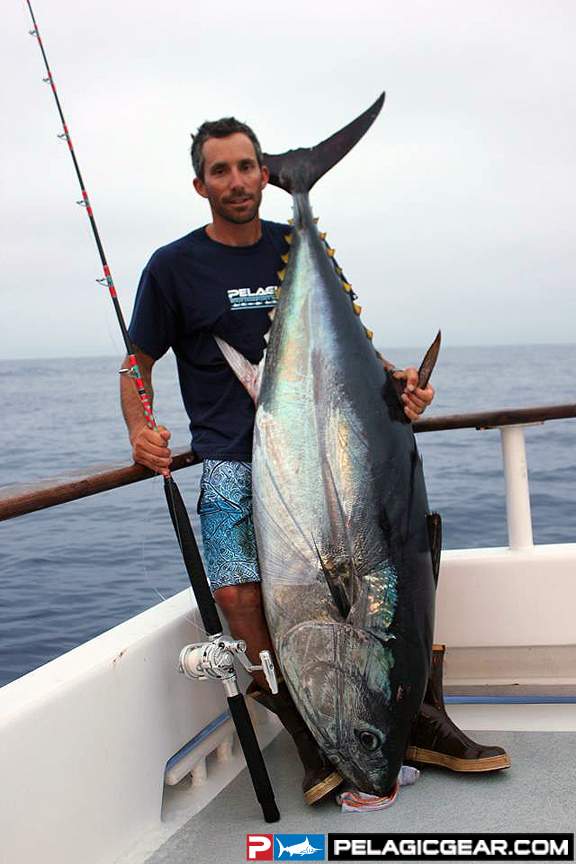 The long range fleet is well-known for bringing home Yellowfin Tuna to well over 300-pounds; however, Gary’s 192.8-pound Pacific Bluefin Tuna is simply unprecedented in recent years. Yes, we have seen bigger Bluefin hung from the scales in years past – but, Gary’s near “cow” Bluefin is something that all SoCal anglers should be excited about.

Things don’t seem to be slowing down. As I sit here writing this, I received a report from Captain Andy Cates aboard Red Rooster III , where in one morning alone his anglers had managed a quality score of Bluefin to over 100-pounds. You never know what to expect, but if you are heading out any time in the near future, do yourself a favor and bring the heavy gear…they’re out there…

Below: Back at the docks, Gary's Bluefin officially weighed in at 192.8 lbs. 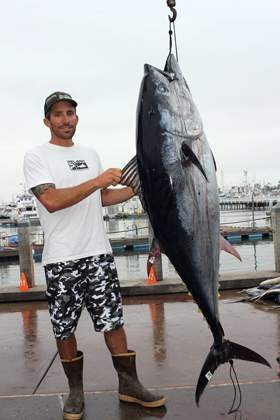 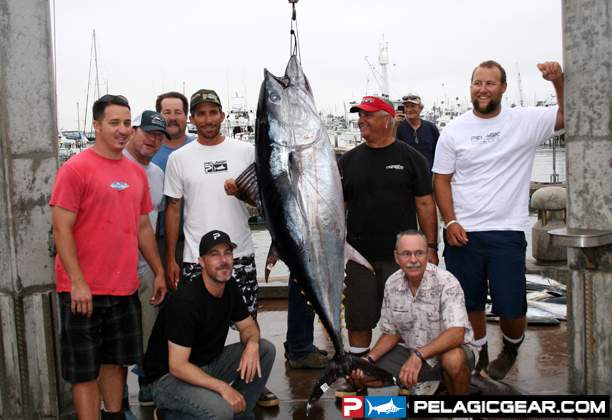 Some photos courtesy of Excel Sportfishing, and Mike Heib.