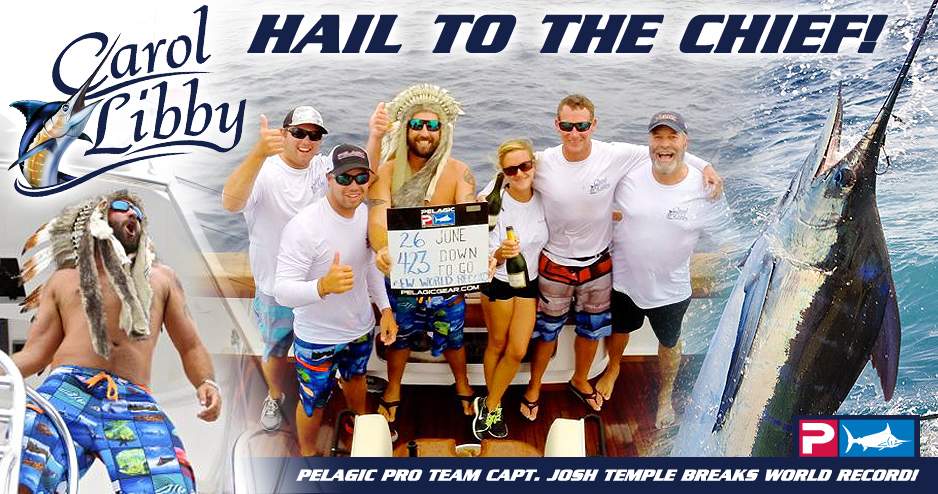 HAIL TO THE CHIEF!
A new single-season blue marlin release record has been set by Capt. Josh Temple and the _Carol Libby crew_

Pelagic and The Waterman’s Journal would like to extend a HUGE congratulations to Pelagic Pro Team Captain Josh Temple and the entire crew aboard the 60’ SpAmerican Carol Libby for their recent setting of a new blue marlin release world record for a single year!

Here’s the note we received from Capt. Josh after breaking the record and returning to the team’s homeport of Los Sueños, Costa Rica:

“Thanks to each and every one of you for the support you have shown our team over the years, we couldn't do it without you!!!!! We still have a ton of fishing left to do before this year is over, so Lord only knows where we go from here!!!!”

Here are some details from the team’s season totals thus far: 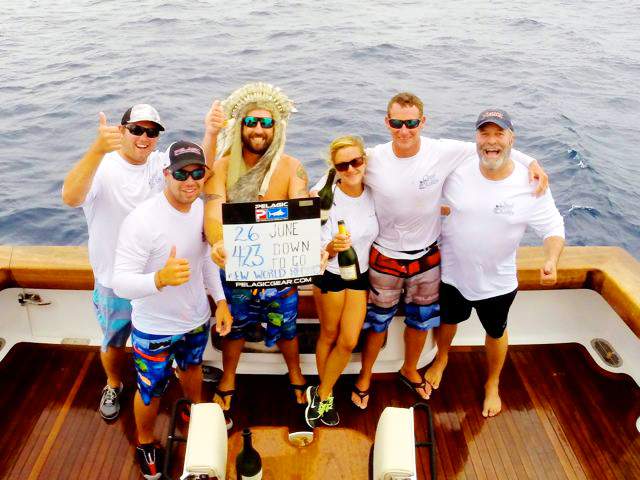 Below: The official tag and release of _Carol Libby'_s record-breaking 423 blue marlin release in one year. 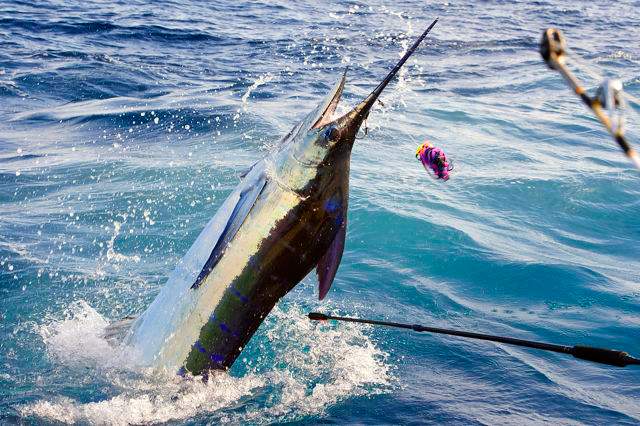 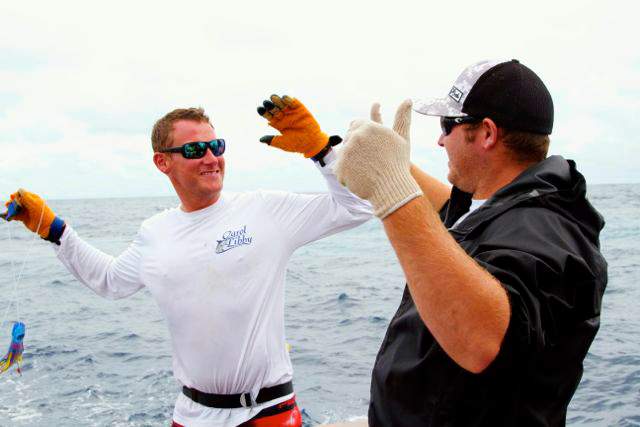 Below : Call of the wildman... Capt. Josh Temple celebrates the release record, headdress and all... 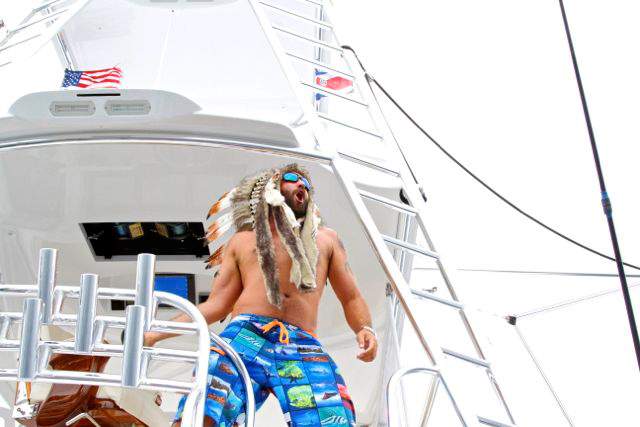 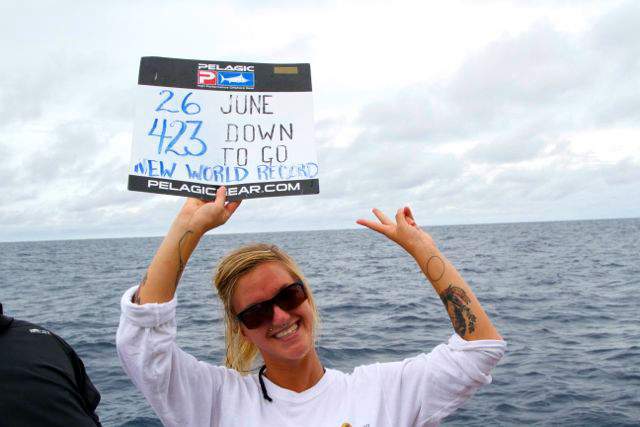 Below: A hot blue marlin torches the flat calm Pacific. 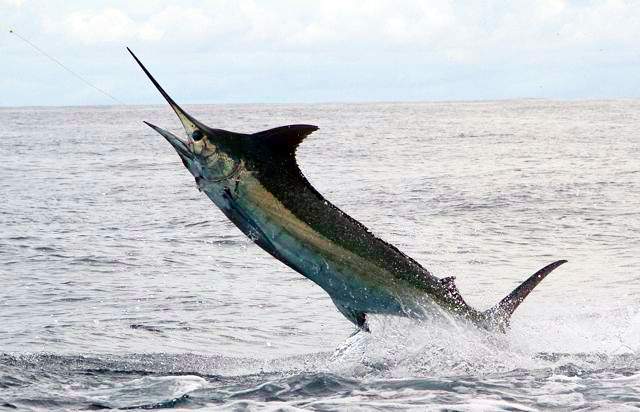 Below: Celebrating in style - Deckhand Andrea McQuade with a bottle of Dom for the occasion. 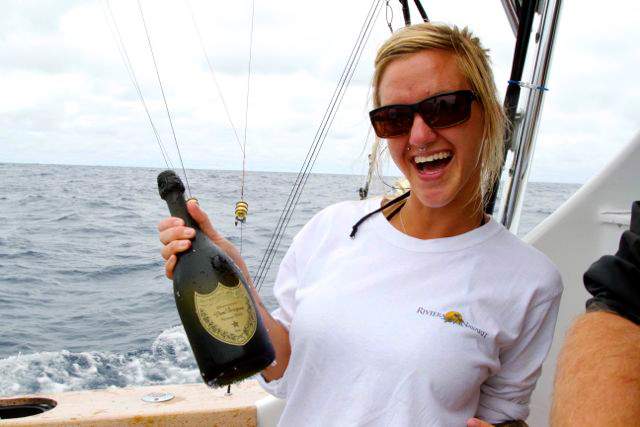 Below :1 of 423 blue marlin released by Team Carol Libby . 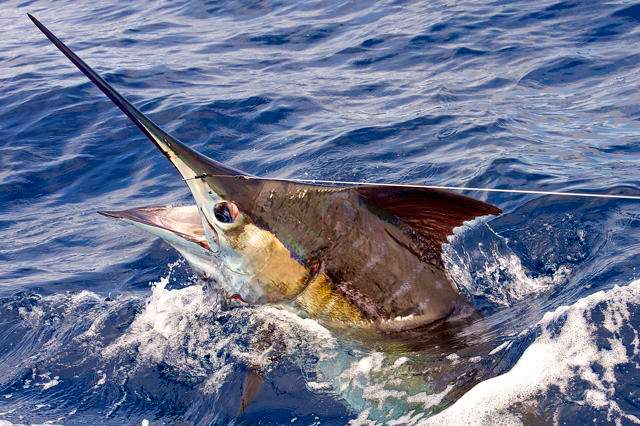 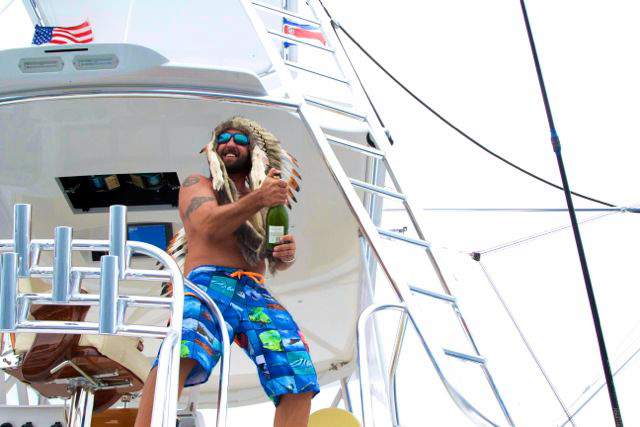 July 1, 2014 - FLASH UPDATE! __Only days after breaking the single-season blue marlin release record, Capt. Josh called in from the satellite phone to let us know they just released an incredible 34 blue marlin in a single DAY of fishing!!!