Eye of the Tiger

I’ve fished with Paul and Melissa a couple of days a year for the past four years here in Islamorada [FL Keys]. On this trip, they brought their 11-year-old son, Tommy, with them, who was on spring break from school. Tommy had always wanted to catch a shark, so I told him we’d try to catch JAWS! As a captain, I like catching anything that swims, especially big sharks on heavy tackle - it’s fun catching something that pulls back.

Large Tiger Sharks come here every spring to feed on spawning amberjack. Sometimes you can’t catch a fresh amberjack for bait during this time of year, as the sharks eat them before you can get them to the surface. However, as luck would have it, I had a couple amberjack in the cooler from the day before, awaiting the opportunity to become a tasty morsel.

Paul and Melissa booked this trip months ahead of time so of course we had no idea what the weather was going to be like; this day we caught a break. It was breezy in the morning, but calmed down soon enough so that we could make the run in search of Tommy’s shark. 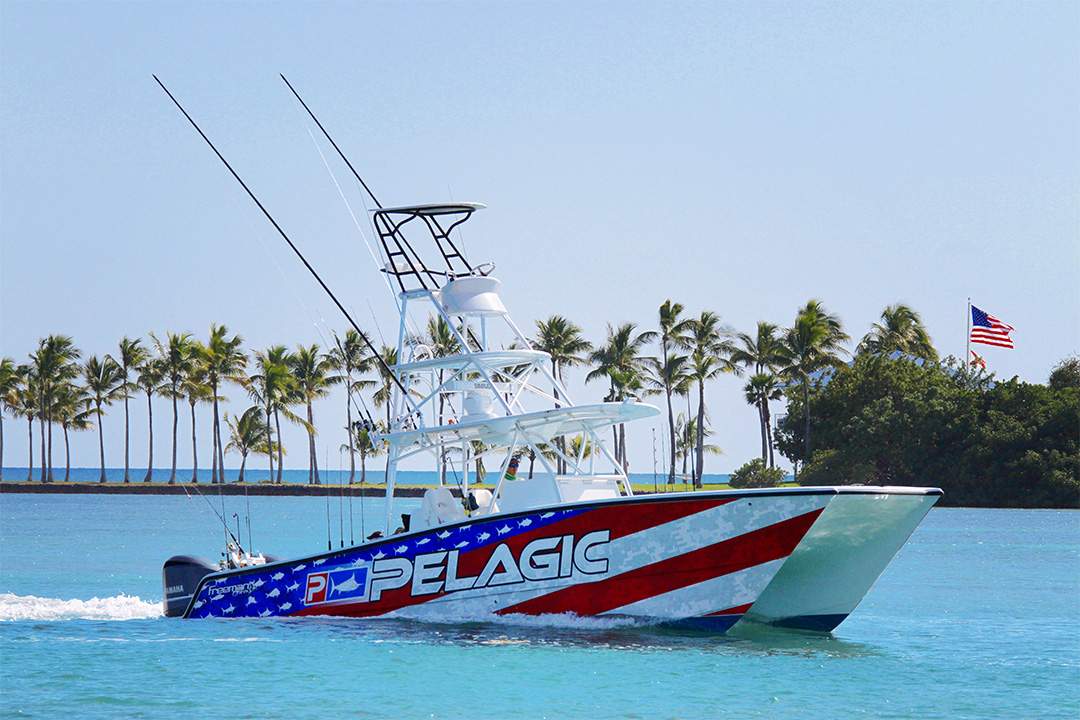 At 8:00 am we boarded the Pelagic wrapped 37' Freeman and ran offshore to one of “The Humps” off Islamorada, where a sea mount rises up a couple hundred feet off the bottom. The weapon of choice today was a Shimano 80-wide with 130 lb. mono and a 700 lb. leader; 16/0 circle hook; and a slab of amberjack. It didn’t take long to get a bite…

The rod doubled over and the drag screamed. We left the rod in the holder and Tommy went to work. The kid is probably all of 75 lbs., so he had more than his hands full with this one. The shark made a couple big runs before settling down. 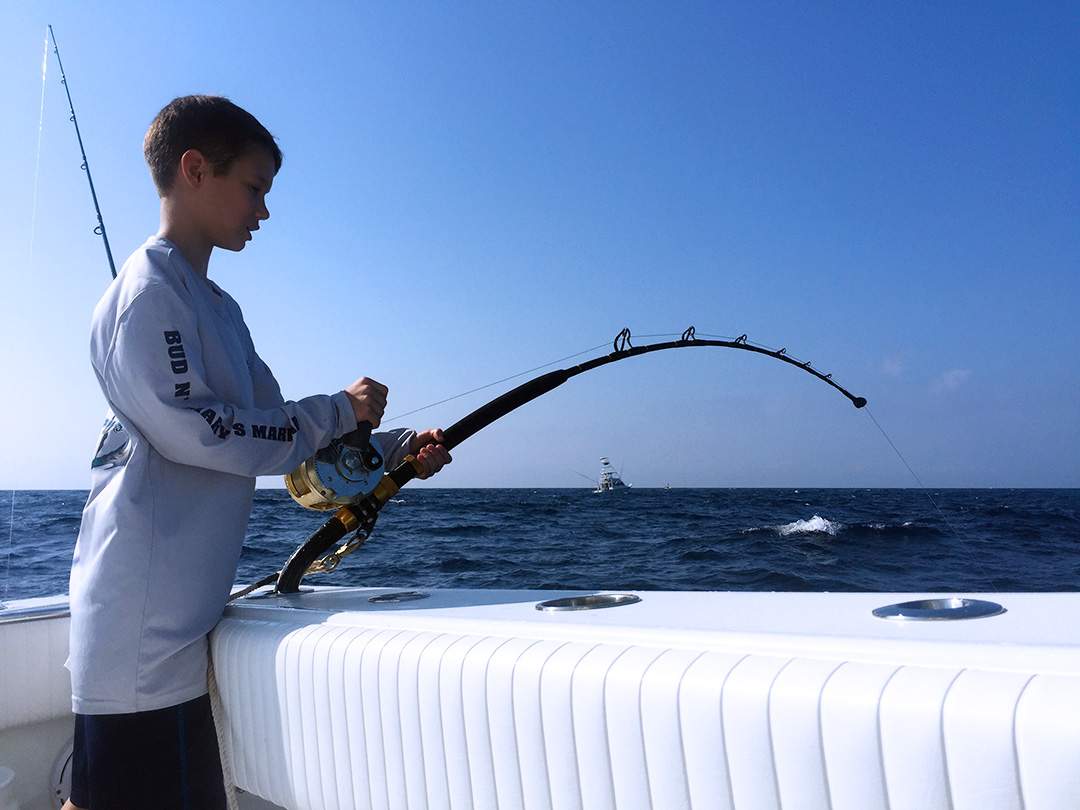 [Tommy putting all of his might into winding the beast in]

About 30 minutes into the fight the shark went deep; but, Tommy wasn’t giving up as I could see the determination in his eyes. He wanted that shark as bad as I wanted a picture of it for my Instagram account. Tommy would jump up and down, putting his whole body into turning the handle. He didn’t want anybody helping him either!

Eventually we put the reel into low gear and Tommy inched the beast up, one crank at a time. After 45 minutes I grabbed the leader and up popped a giant 500 lb. Tiger Shark! Tommy had a smile from ear to ear. I kept the boat in gear while we tried to take some photos of the fish boatside. It’s hard controlling a shark of that size, but we did the best we could. 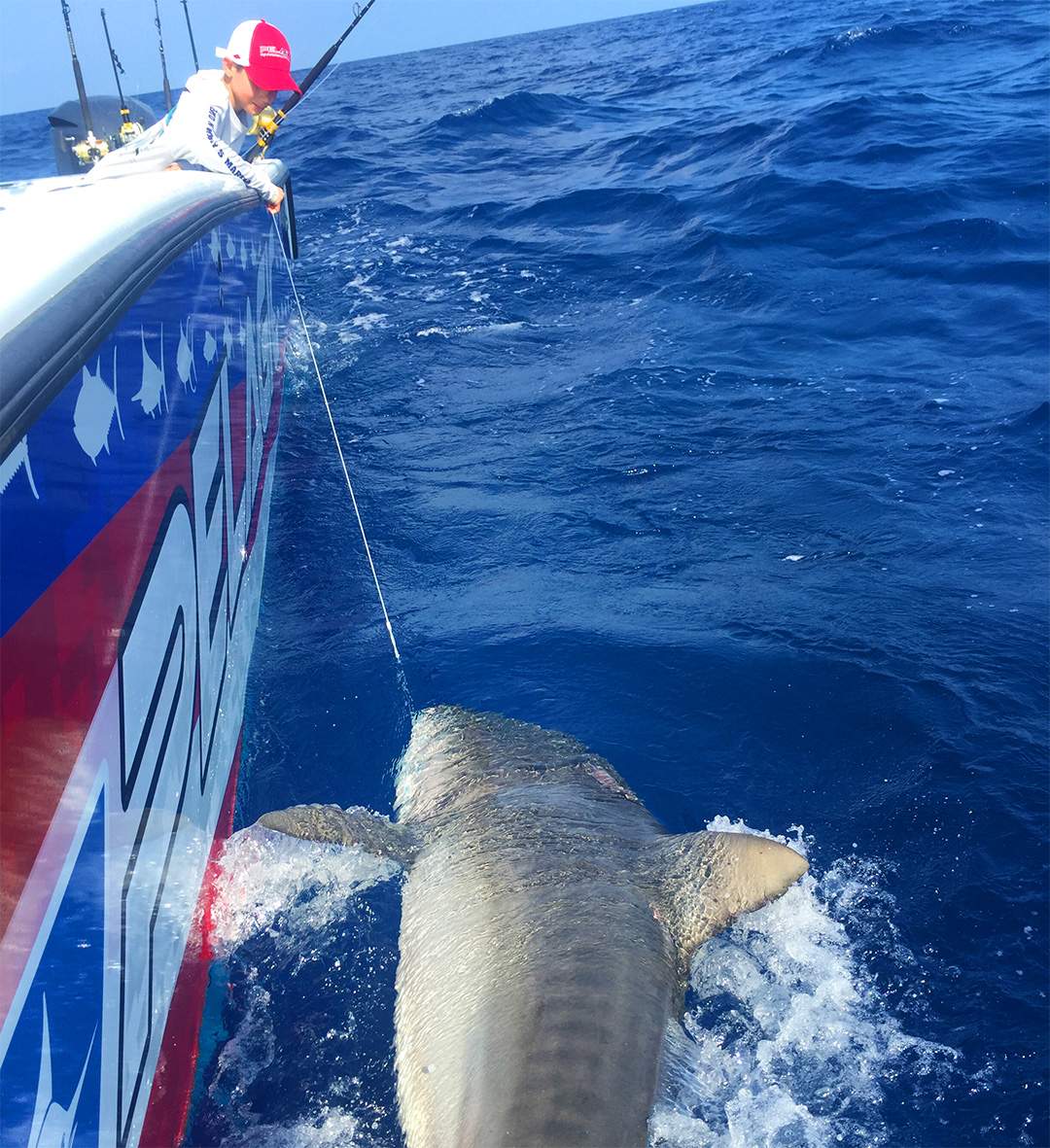 After a few minutes of revival, we cut the leader as close to the hook as possible and watched JAWS swim away. It was high fives all around and I knew Tommy was going to have the best spring break story at school the following week. 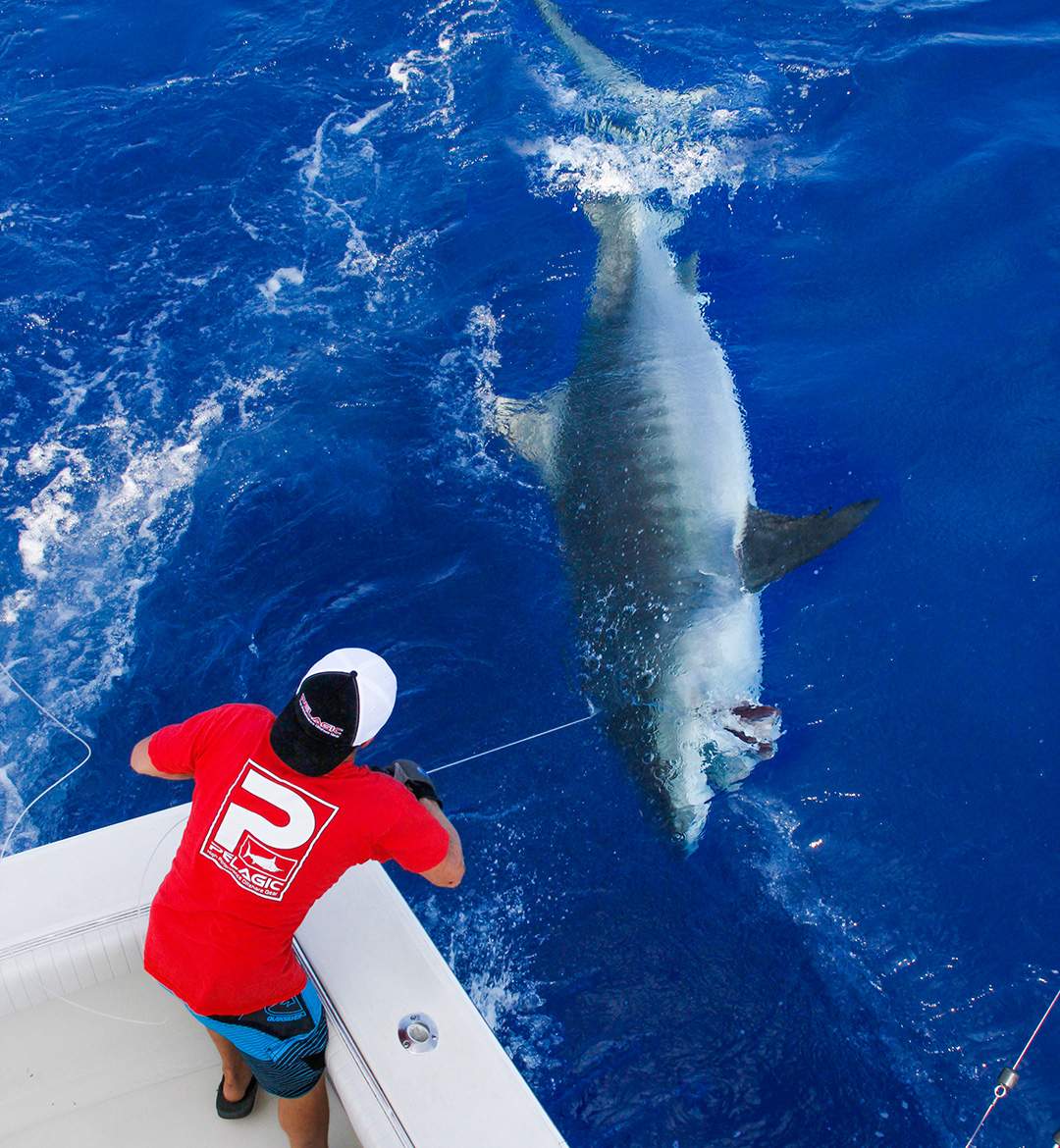