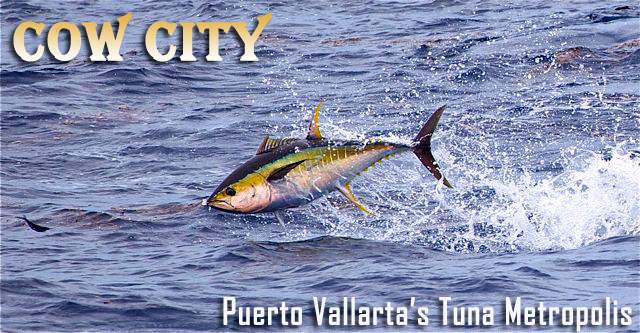 It’s very difficult to sit here at the computer right now and ticker tap away at this keyboard. It’s not the writing that bores me, I love to talk about fishing; what’s hard to stomach is the fact that while I’m sitting here banging out this article, there’s a massive school of tuna that stretches over 70 miles offshore right now along the Maria Island chain. A school of yellowfin that is producing catches of BIBLICAL PROPORTIONS, fish in the magical 400# range, cows at will, hand-feeds at the side of the boat, 200# fish crashing on top-water poppers – you name it. It’s as epic as it gets out there folks, and quite frankly it’s beginning to drive me crazy.

Below: It's not just a day job - big Yellowfin Tuna, like this one, bite well into the night and morning hours. 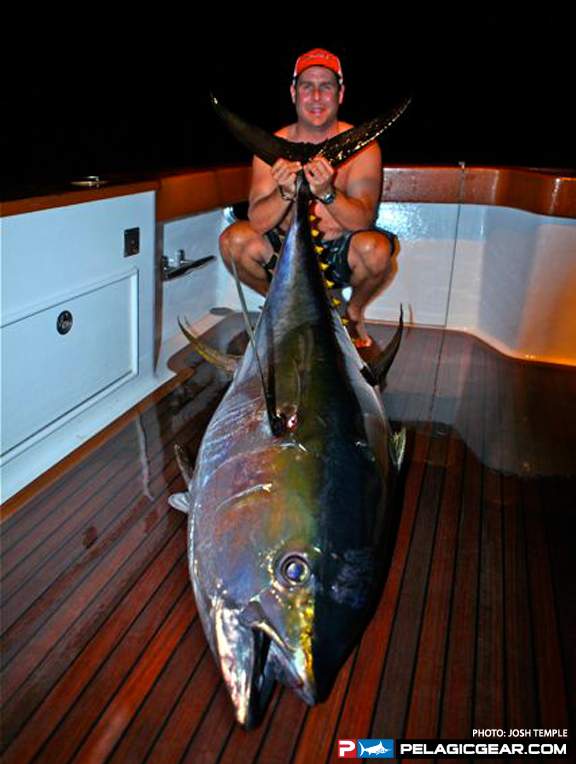 The mayhem started in early November, when the first few boats began venturing further offshore in search of more consistent big-fish action. When spots like Corbetania and El Banco begin to slow down we naturally expand our search horizons and begin to take a closer look at one of our most coveted destinations here in PV – the Maria Islands.

Below: Tuna in the mid-100 range put up a fight way beyond expectation 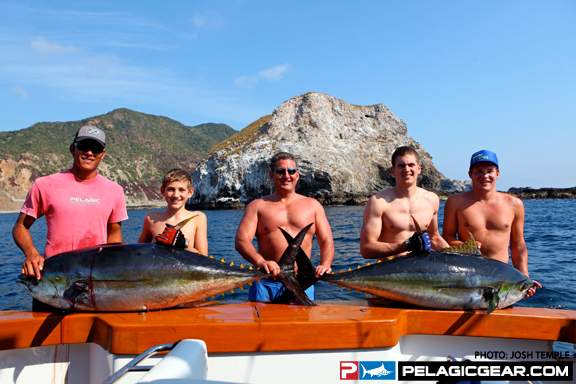 The Maria archipelago 60 – 120 miles off of the coast of Puerto Vallarta is comprised of four large islands, Cleopha, Magdalena, Maria Madre, and San Juanito and several smaller rocky outcroppings, most notably Roca Cumbre, Blanco, and El Morro. The islands are part of the UNESCO Biosphere reserves and, thanks to the fact that the Mexican Federal Government elected to build a maximum security prison on Maria Madre, no boats are allowed within twelve miles of any of the islands. But that doesn’t stop us from enjoying the fantastic fishing outside the restricted zone.

Below: Outside THE RESTRICTED ZONE // Note the island well behind them 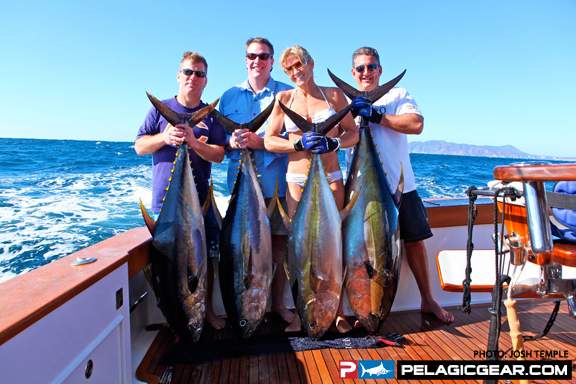 The Marias are a natural fish haven, providing structure, protection, and a veritable playground of feeding habitats to all manner of fish, most notably big game fish like yellowfin tuna, wahoo, and marlin. Thanks to their relative remoteness, the islands receive very light fishing pressure and as such, the fish out there are both plentiful and aggressive.

Below: Wahoo and Marlin often join the party when trolling for tuna. 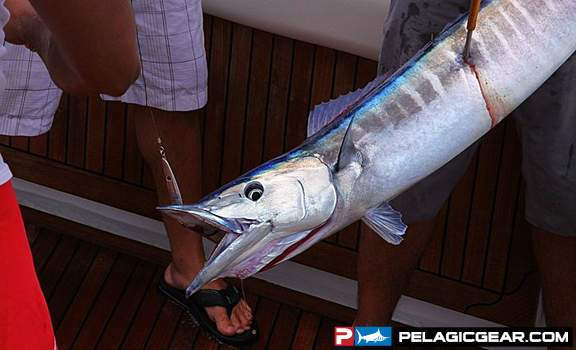 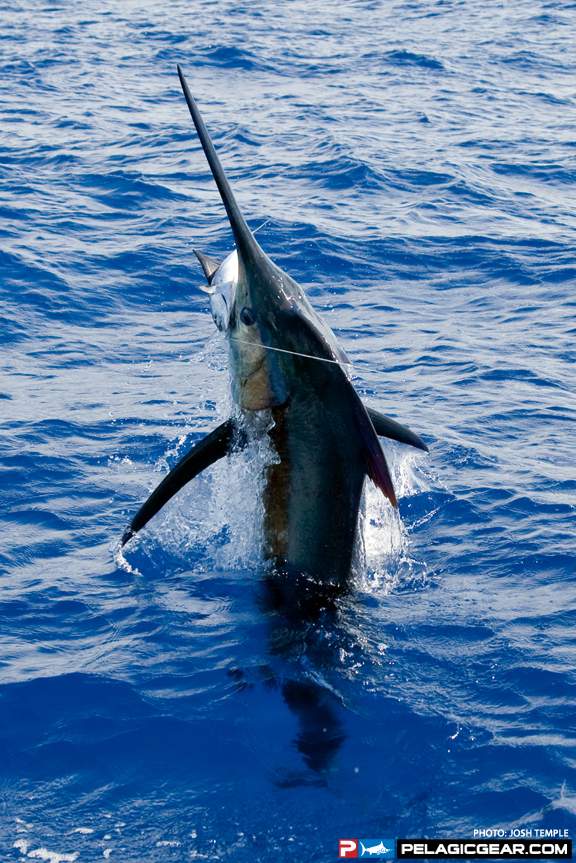 We’ve been fishing the Marias for years, but the last few seasons we’ve definitely seen an increase in the amount of yellowfin tuna out there. Thanks to favorable ocean conditions, and non-existent commercial pressure, hordes of tuna have taken up residence at the islands and appear to be flourishing. The past five years have offered incredible fishing out there, but this season has been exceptionally good.

Below: Steve D. poses with his 240-pound Yellowfin caught on a live squid outside the Cleopha Island buffer zone. 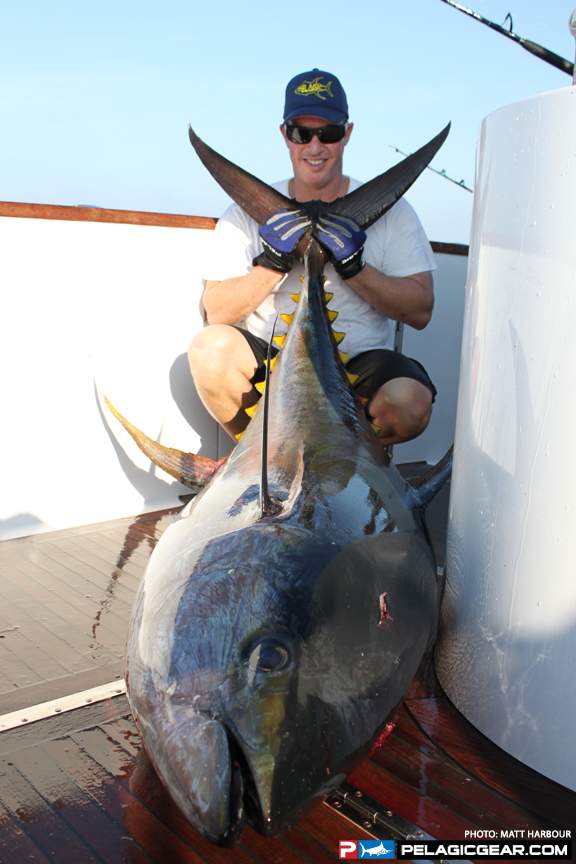 Our first trip into the zone in mid-November produced the kind of non-stop giant tuna action that gives hardened big game enthusiasts the world over the chills. Day and night saw us in the midst of hordes of tunas from 150 – 250#’s that piled on lures and baits with reckless abandon. Shooting fish in a barrel comes to mind when anglers can simply troll marauders through boiling fish schools and enjoy triple and quadruple hookups on lures time and time again.

Below: A nice brace of Yellowfin taken on the troll during a double hook-up // A Puerto Vallarta "smaller" model YFT 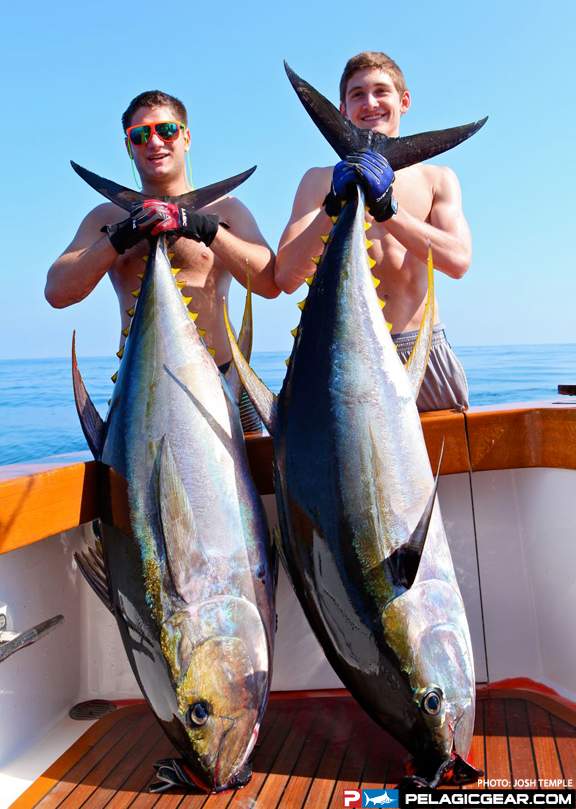 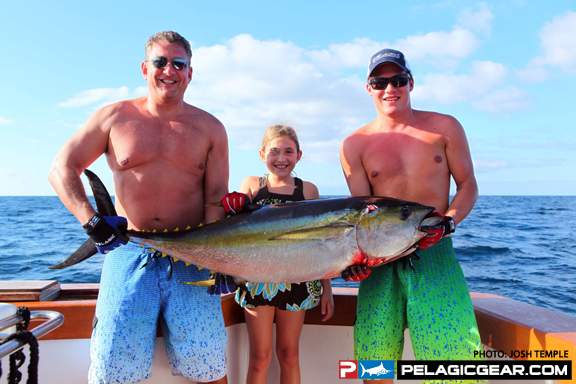 One of my good friends, Graham Weiss, took a trip with us on the Maximo during this time and quite literally wore himself out on the action. At one point he looked over at me and asked what his chances were at catching a fish over 200#’s when it seemed impossible to get through the sheer numbers of fish in the 100 – 150# range. I told him if he wanted to target the largest fish out there then we needed to use the biggest baits we could find, so we jigged up a bait tank full of 24” squid that night and proceeded to put them out under the lights.

Below: Big bait for big fish - fly-lining a jumbo squid at night can result in a fish of a lifetime. 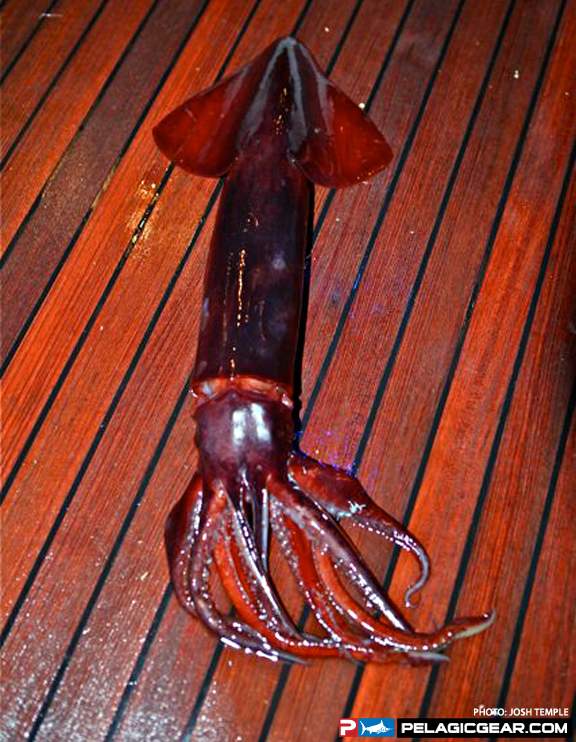 For the next three hours in the middle of the night we had giant yellowfin up to 250#’s crashing the squids at the side of the boat, and Graham went home with several trophy Cows to his credit. And that’s only one example of the kind of action we’ve been enjoying out there on a daily basis.

Below: Can't get enough! Fatty Yellowfin like these provide battles that can last for hours... 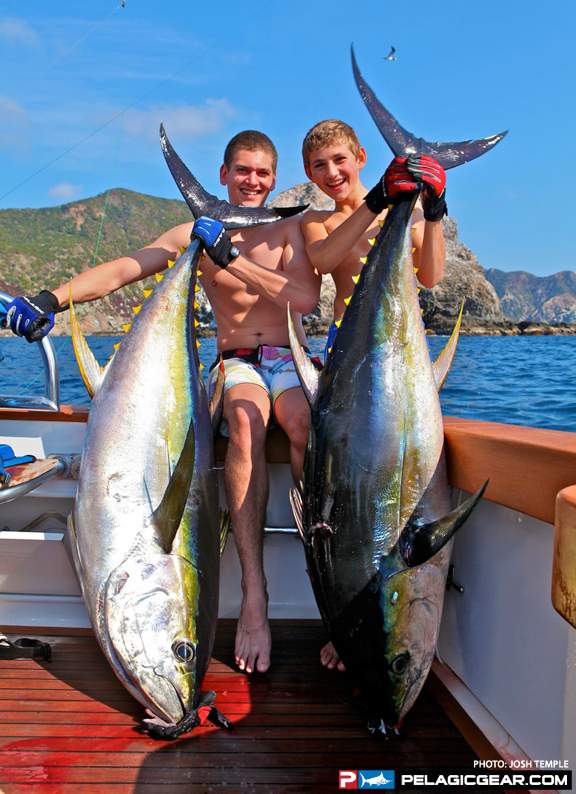 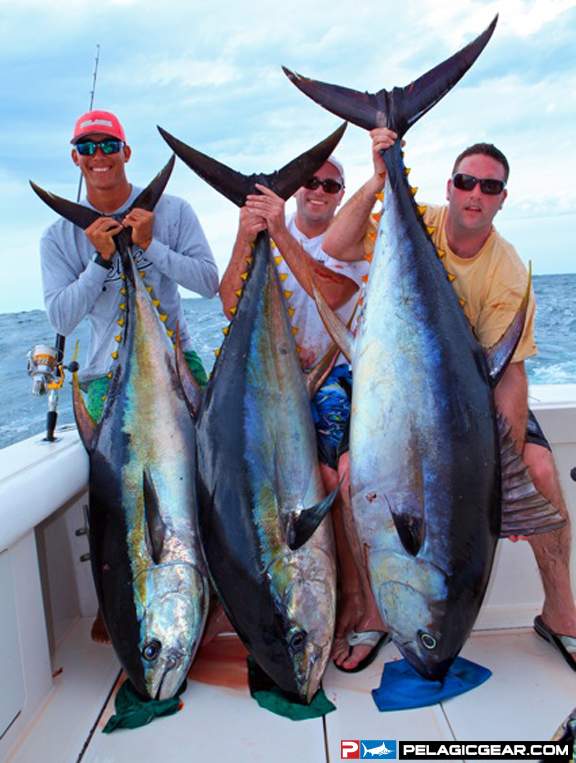 With this kind of incredible fishing just offshore here in PV, we have all been running non-stop this season. After three months of this kind of action and counting, we are all hoping that this kind of fishing will continue well into the spring. Time will tell of course, but I don’t see any reason for this bite to start slowing down out there. If you haven’t come down here to experience this tuna bite first hand yet, then I STRONGLY encourage you to hop on a plane as soon as you can. Because, my friends, it truly does not get any better than this!!!!