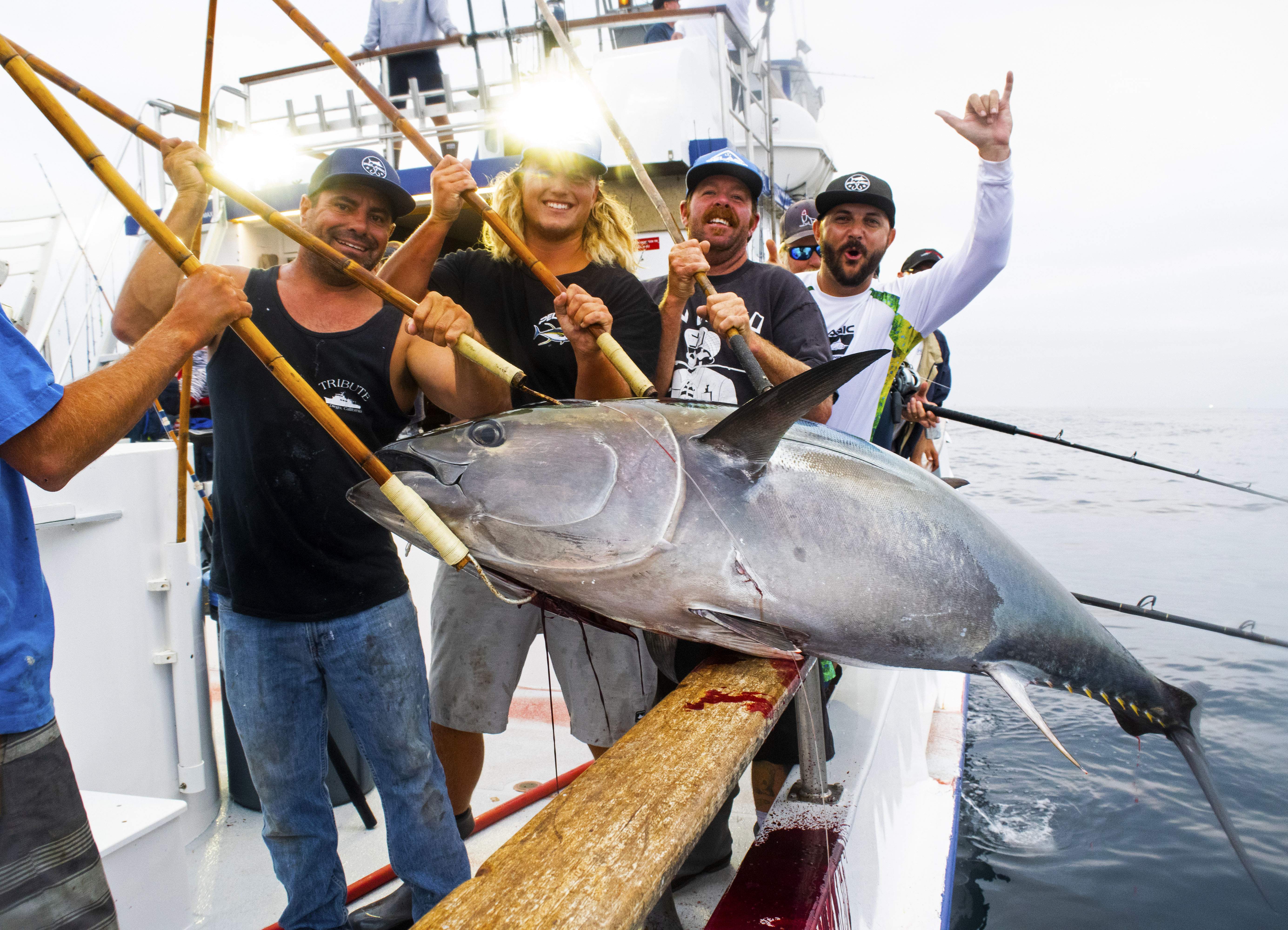 September 9, 2018 - San Diego, CA - Late summer/early Fall is arguably one of the best times of the year for SoCal offshore fishing. Recent fishing reports consistently showed limit-style fishing for yellowfin tuna and good numbers of triple-digit bluefin to nearly 300 lbs., and the angler excitement aboard the annual PELAGIC-sponsored Labor Day Weekend trip aboard the TRIBUTE was nearly uncontainable. Veteran Capt. Mike Pritchard and his savvy crew have been on the fish all season, and this 2.5-day trip did not disappoint. The first day produced boat limits of schoolie-sized yellowfin tuna, and near limits of quailty dorado off of bluewater kelp paddies. With a good score of fish already in the hold, Capt. Pritchard opted to fish Day 2 on the bluefin tuna grounds along the backside of San Clemente Island in hopes of putting some cows (tuna more than 200 lbs.) on deck. Heavy sonar marks showed the fish were defintely around, and spots of breezers began popping up in the afternoon. As the sun began to set, huge blowups were seen on the boat's kite setup as big fish were tempted by our flying fish offerings. The site of 200-plus-lb. fish exploding on a bait at the surface is truly a sight to behold. Additionally, a handful of big fish were hooked after dark by anglers fishing with Flatfall-style jigs. When the dust settled, anglers had connected on bluefin tuna up to 280 lbs!

We'd like to give a huge THANK YOU to Capt. Mike Pritchard and the TRIBUTE crew for another killer Labor Day Weekend trip! Enjoy the photos from the trip below!

Jasper Tibbets with a 280-lb. cow! // A few good kelps kicked out some solid dorado for the group. 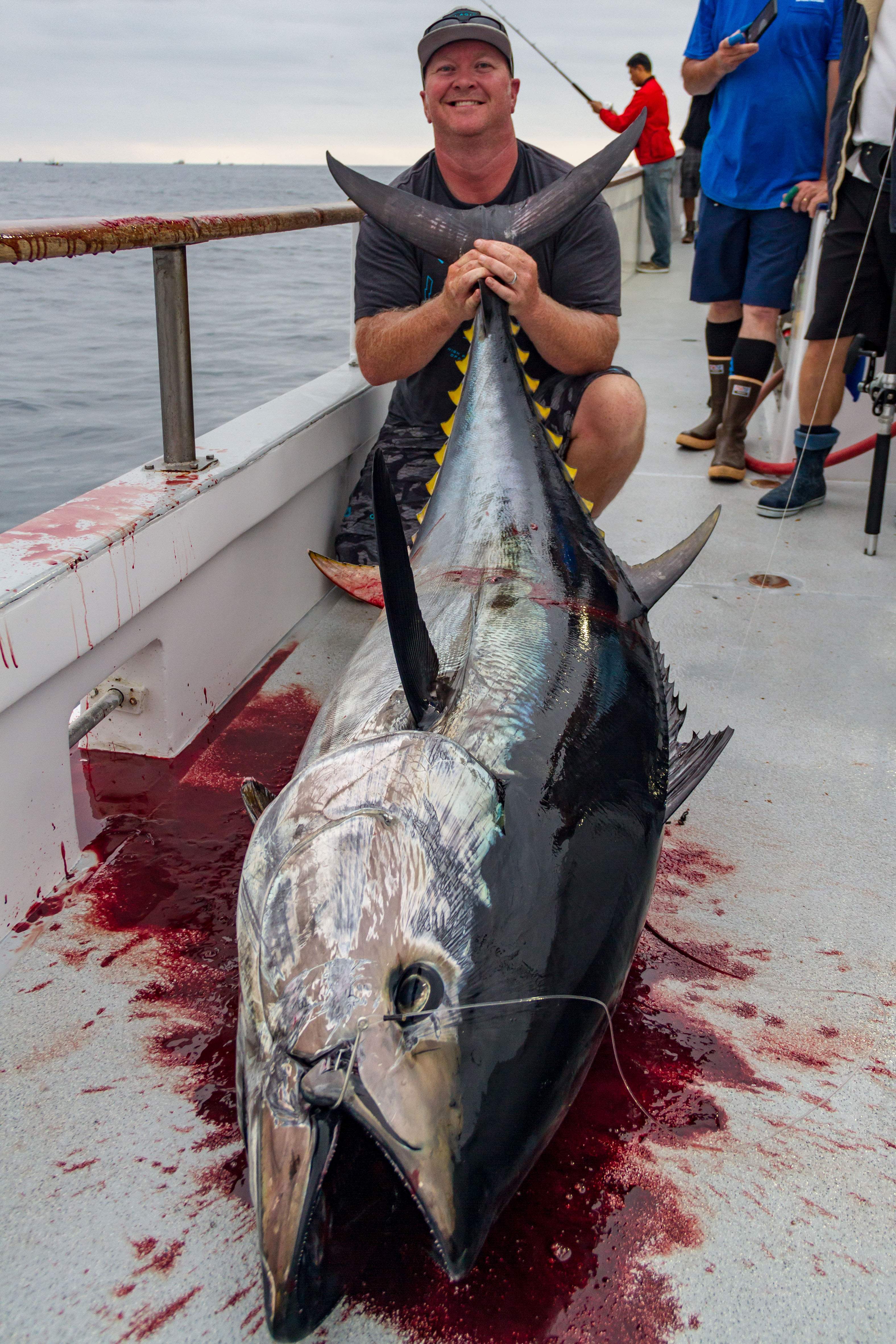 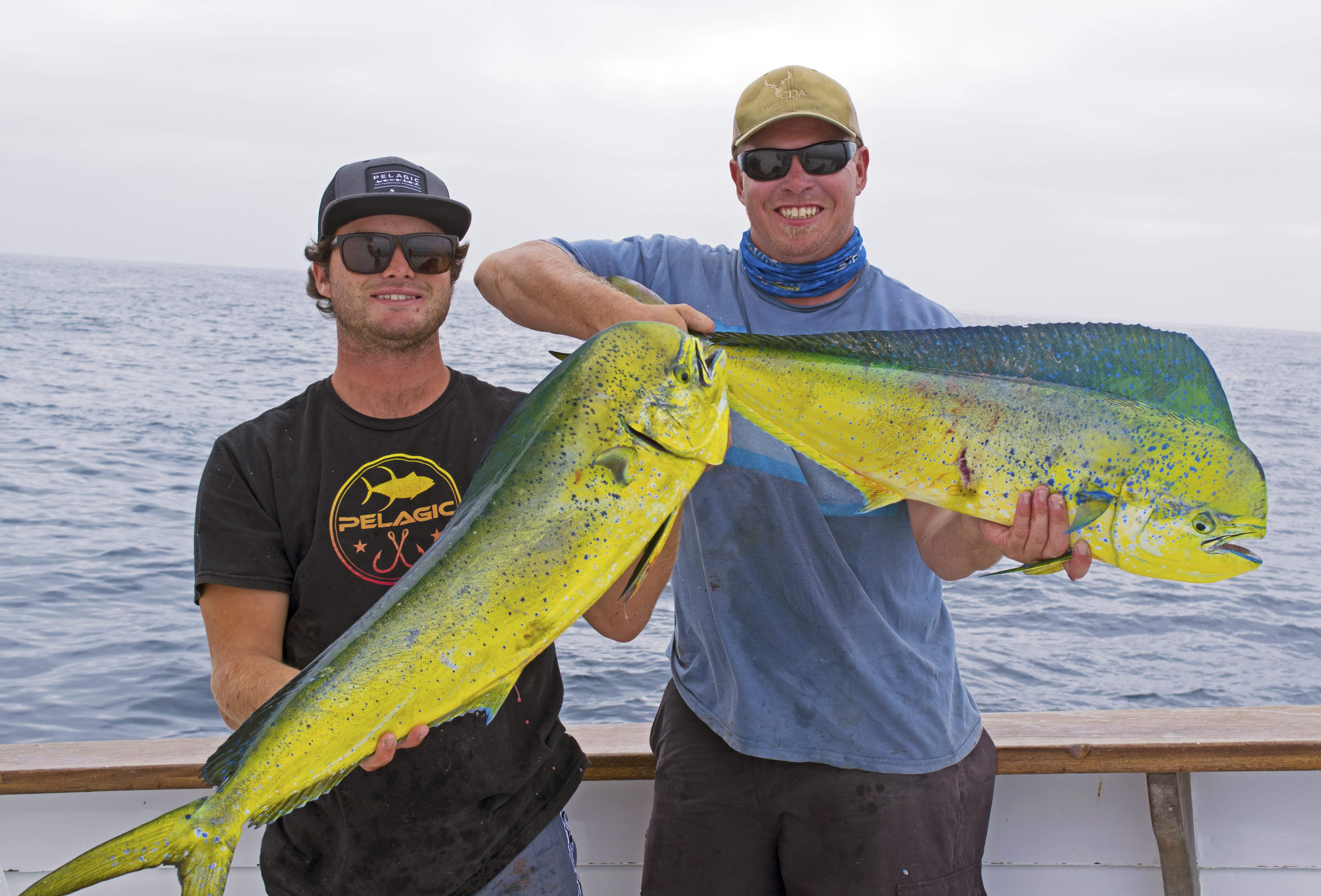 A big bull prepares to meet the gaff after a tough fight on light line. // Team PELAGIC's Derek Ngayan with a beauty just over the magical 200-lb. mark! // Full speed yellowfin stops made for lots of bents rods and non-stop action. 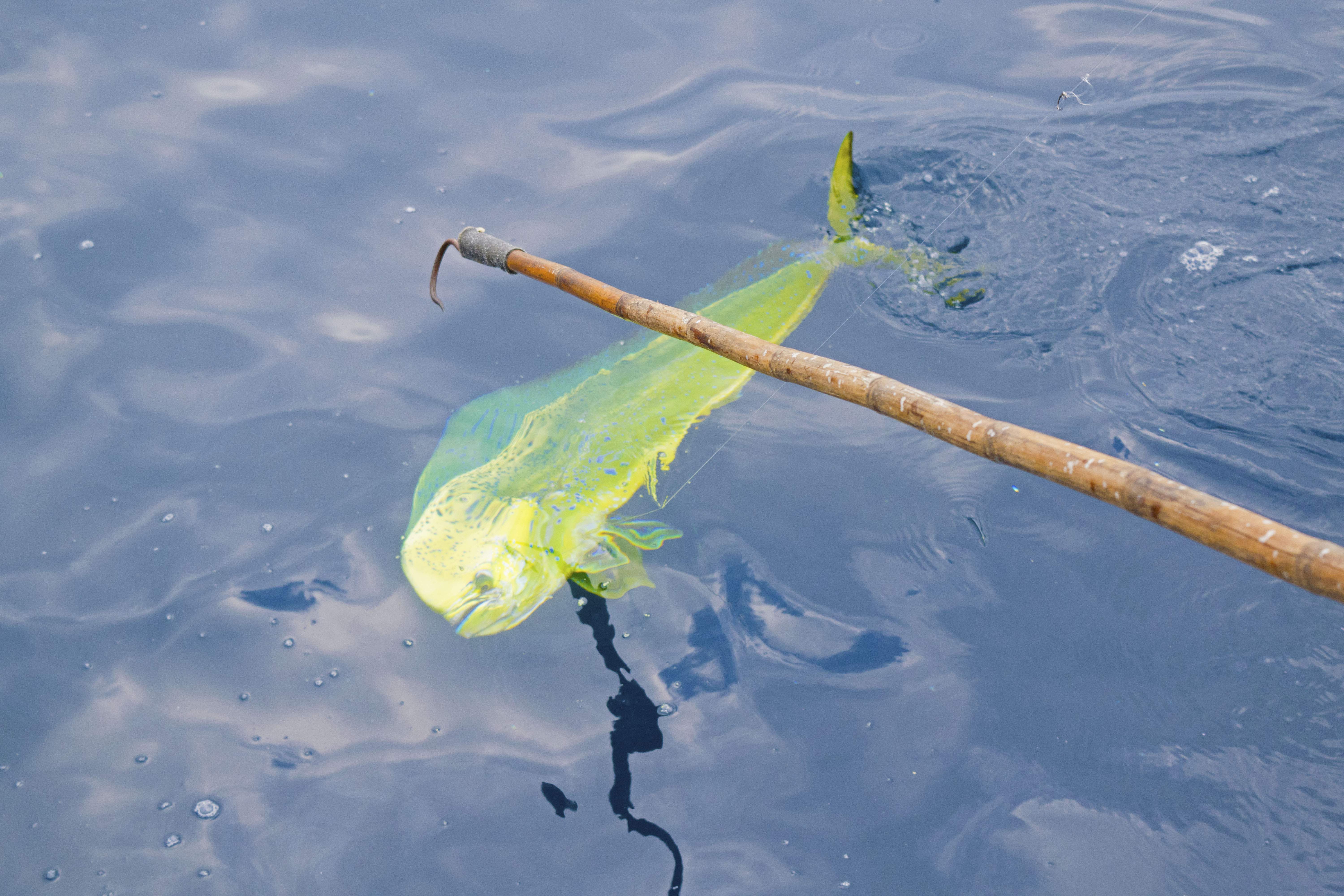 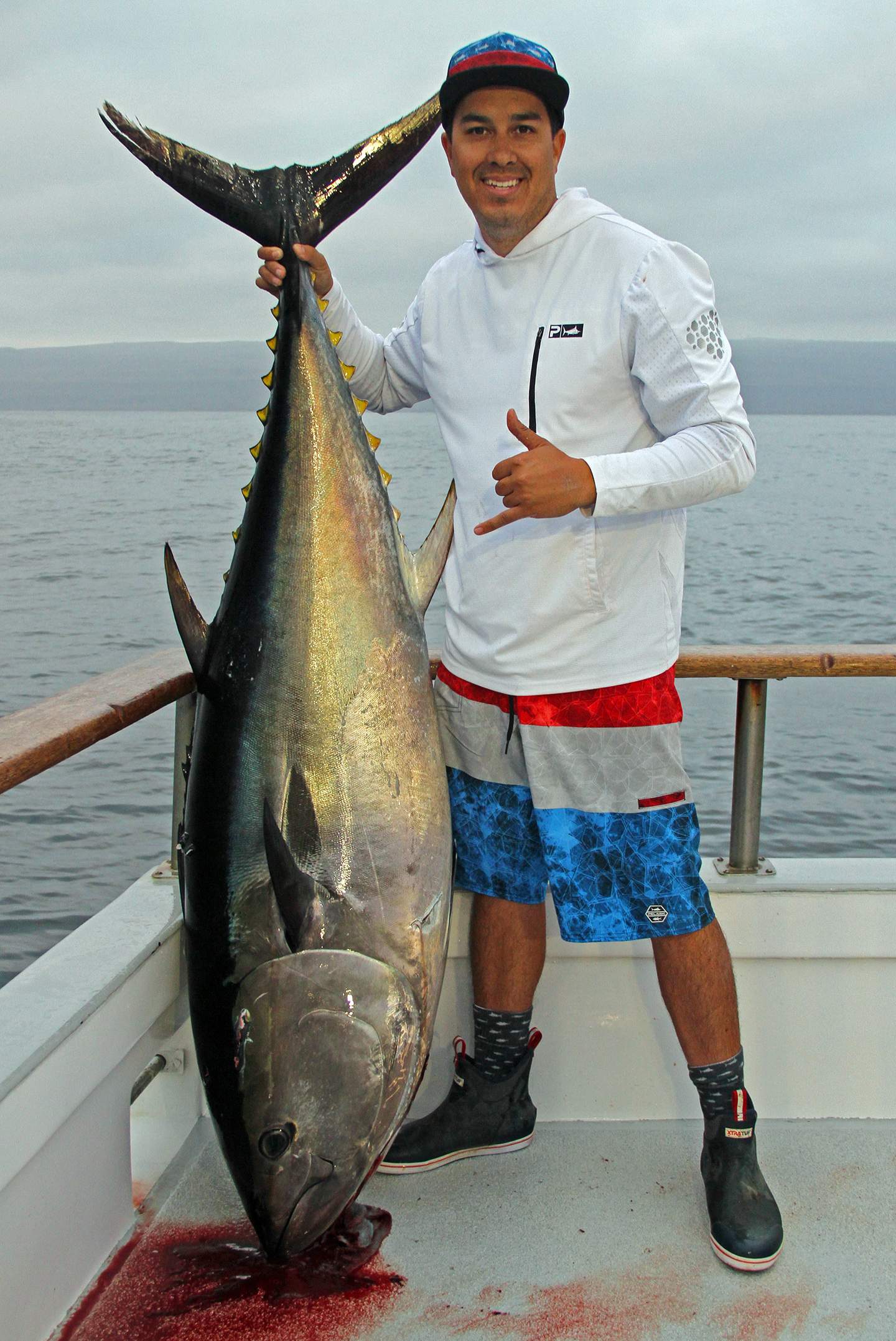 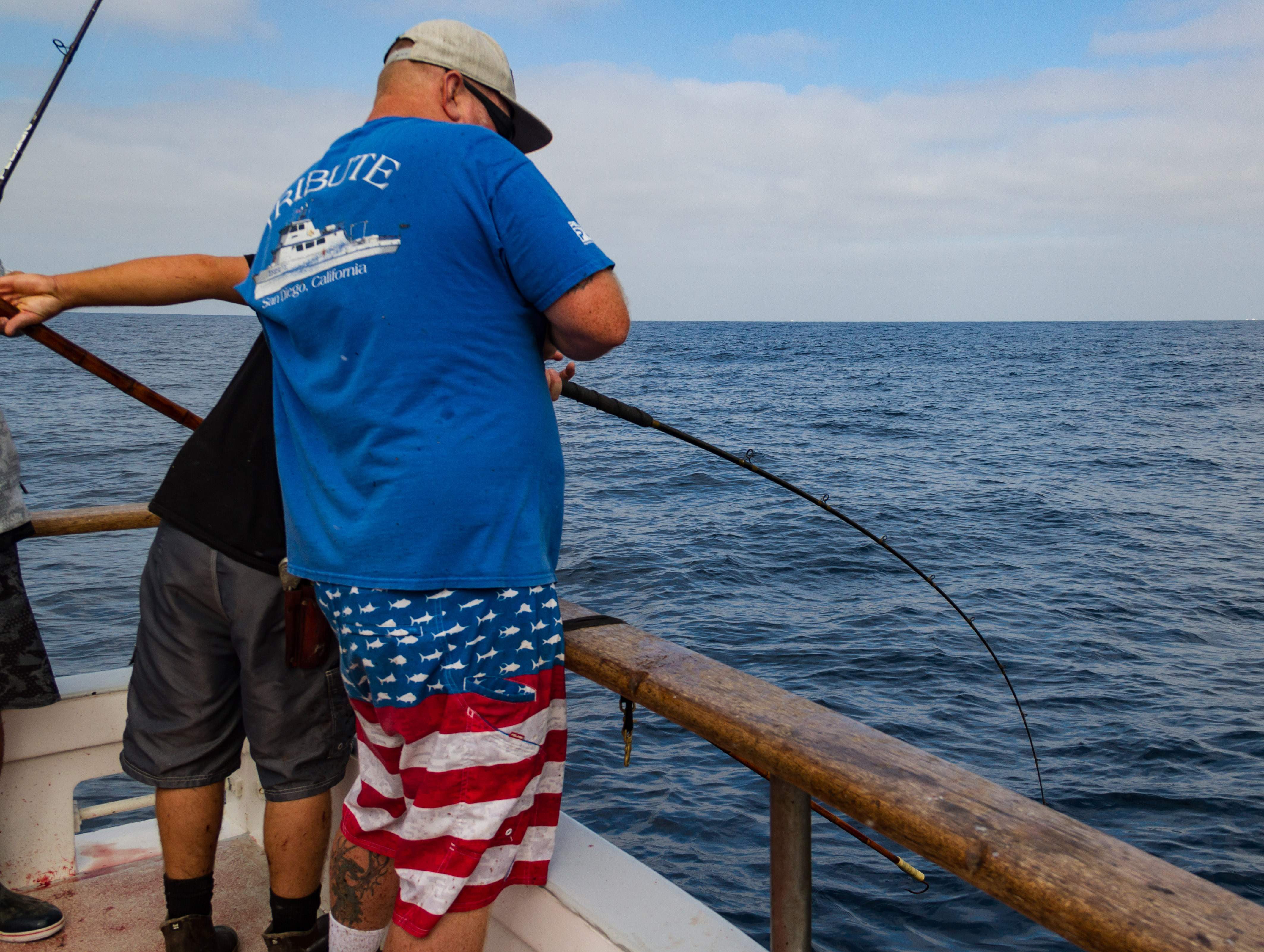 A rigged flying fish ready to be sent out on the kite. // A big bluefin smashes a flying fish via the kite setup, and the results of the bite 30-40 min later! 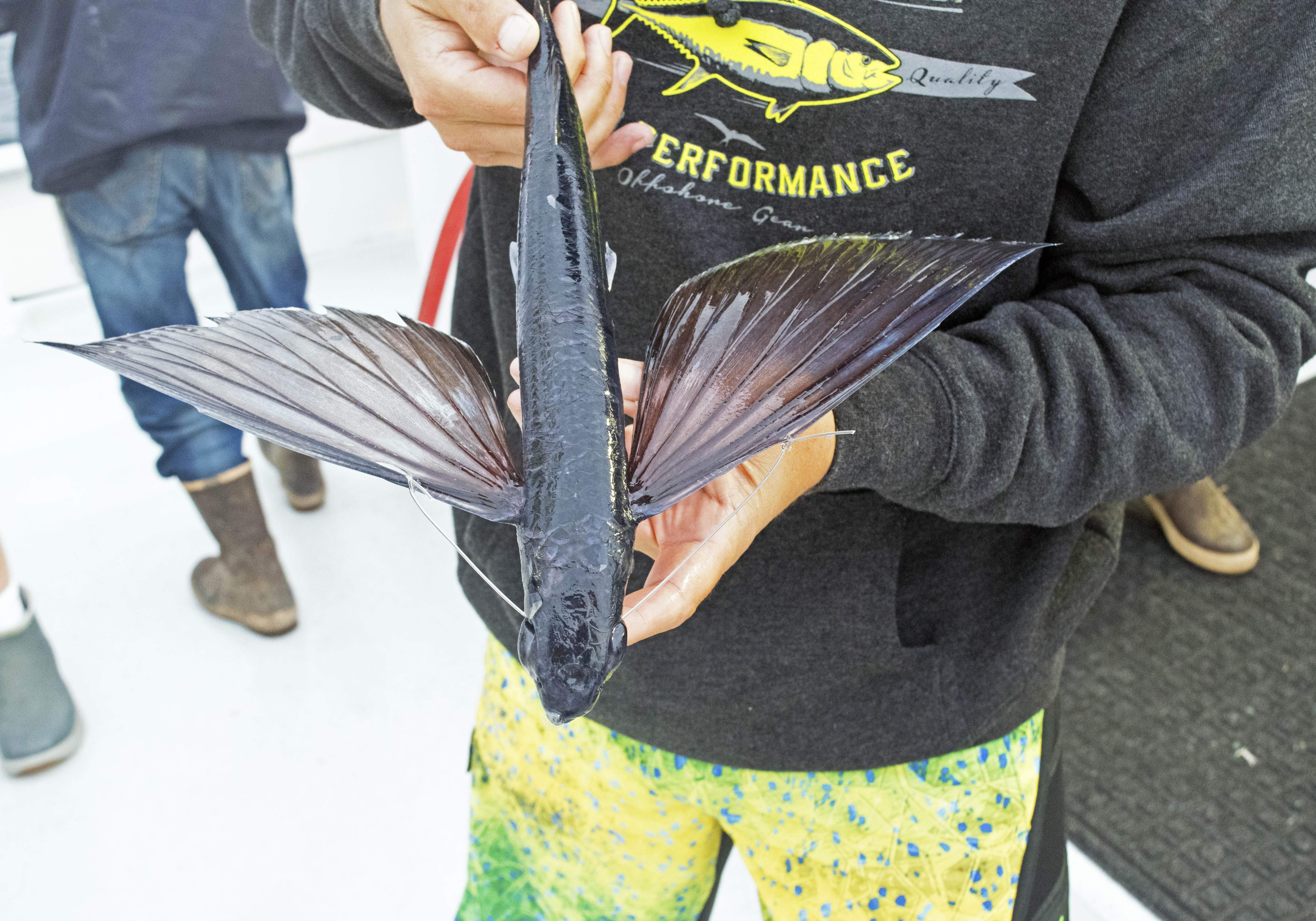 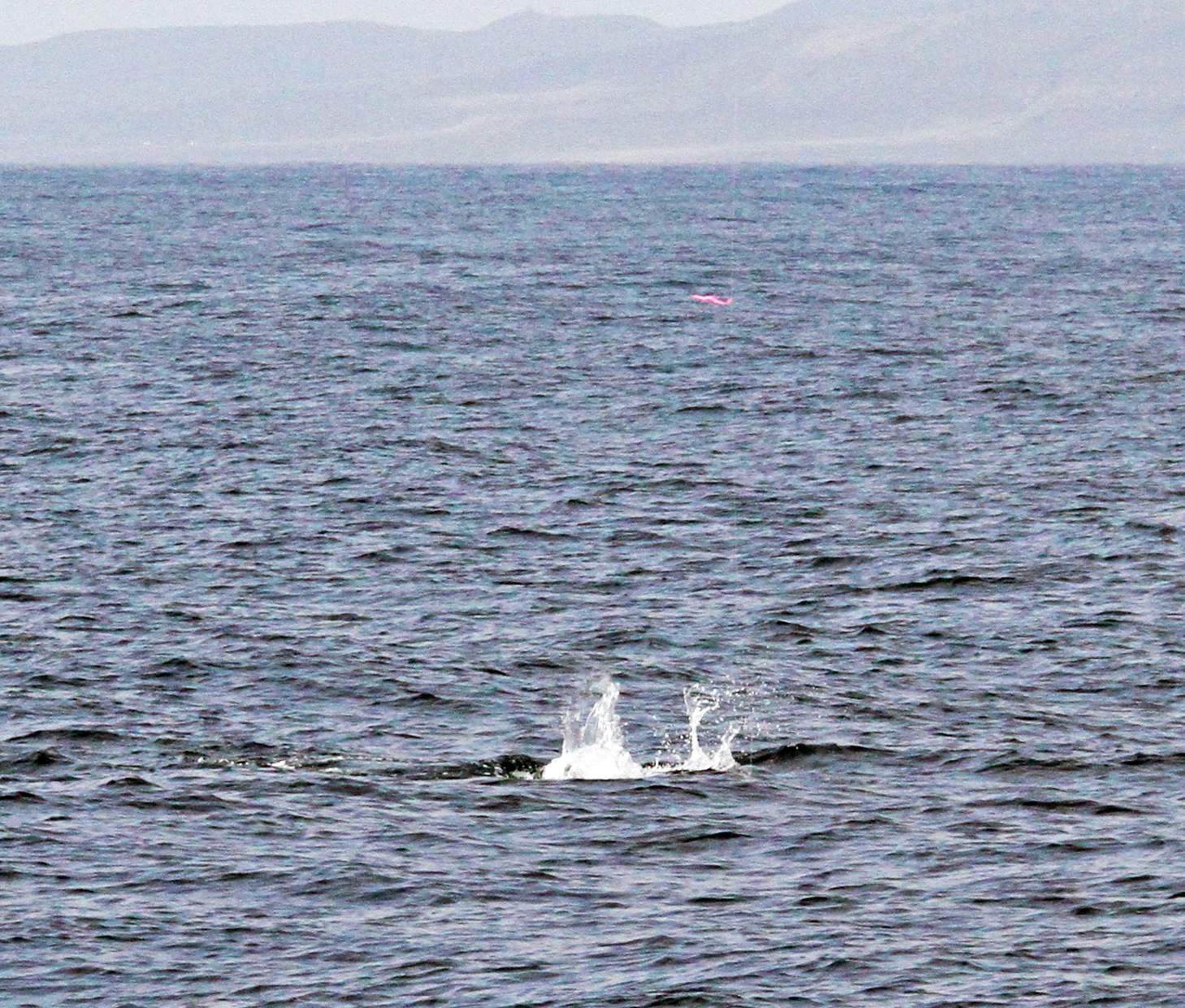 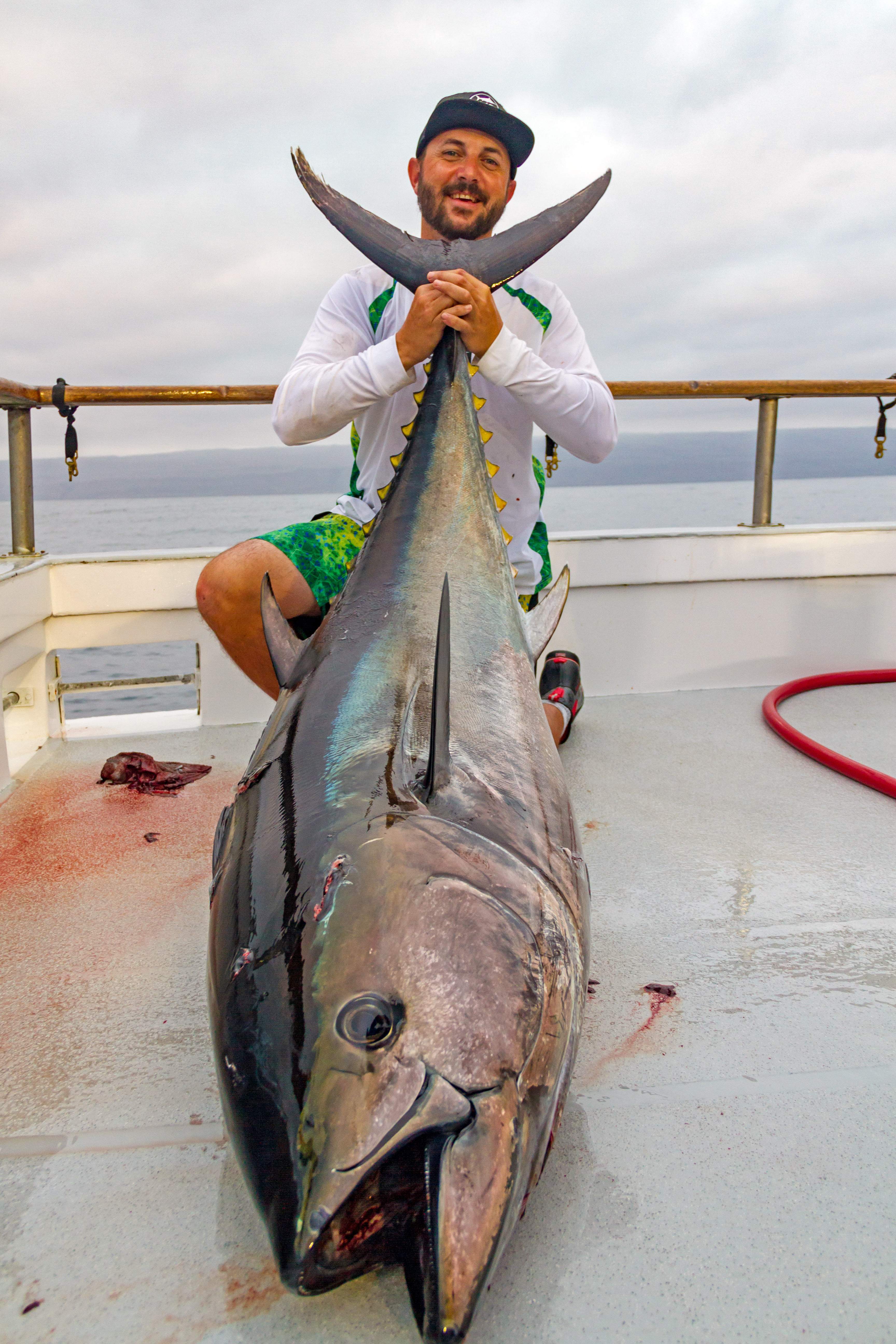 Capt. Mike Pritchard doing the honors during a hot dorado bite. // Another cow testing the limits of tackle and angler. // Capt. Pritchard prepares to send out another rigged flying fish. 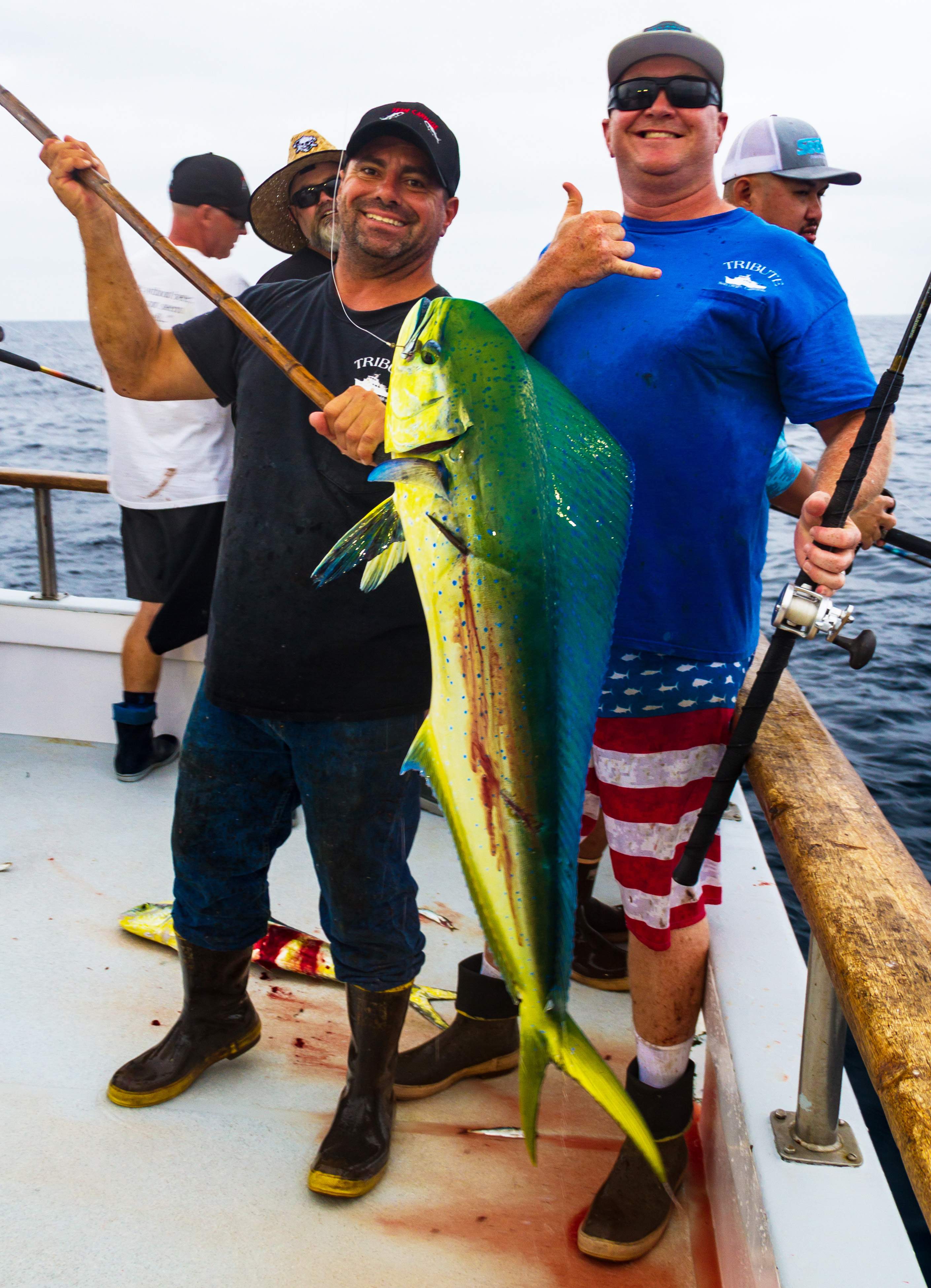 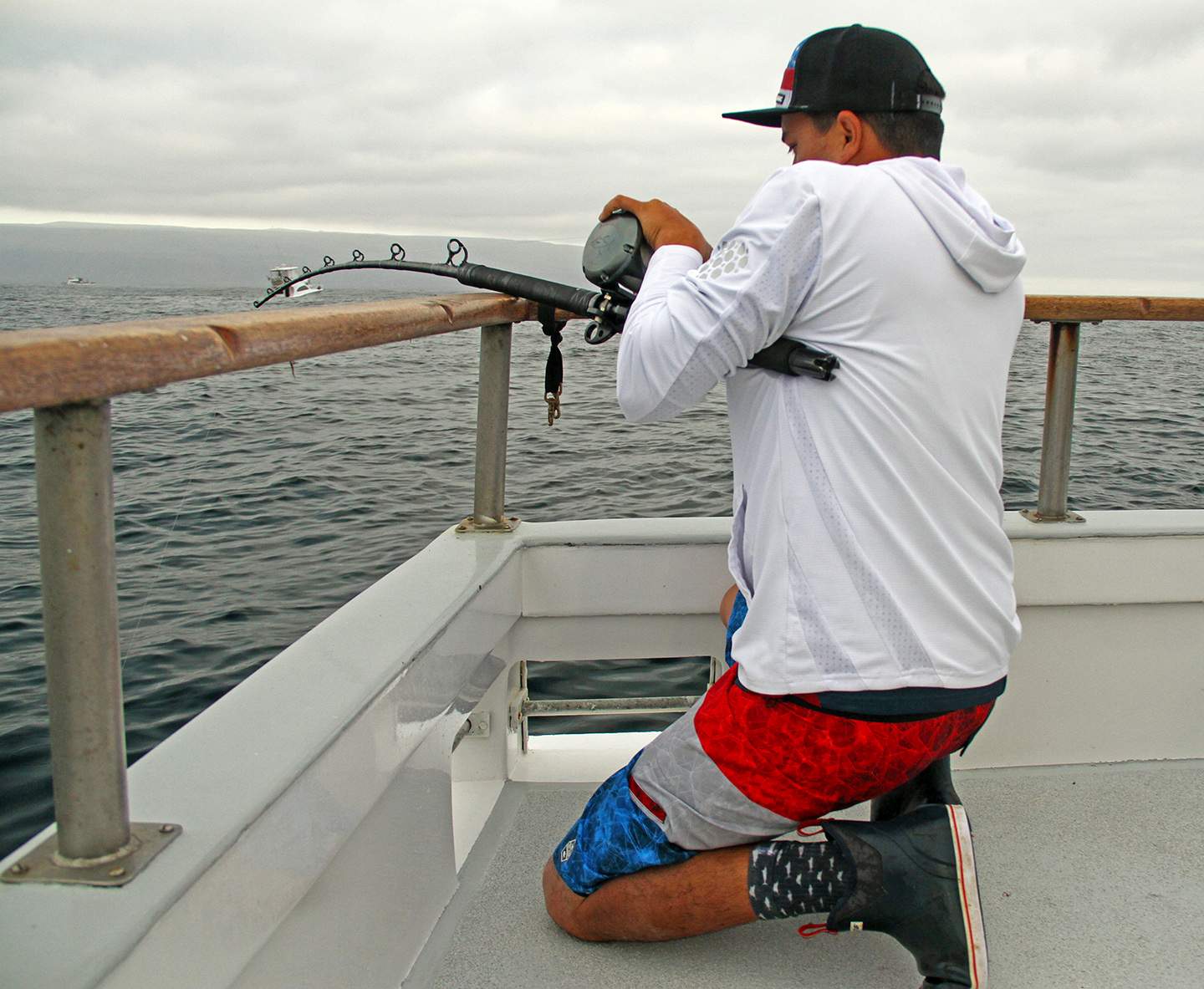 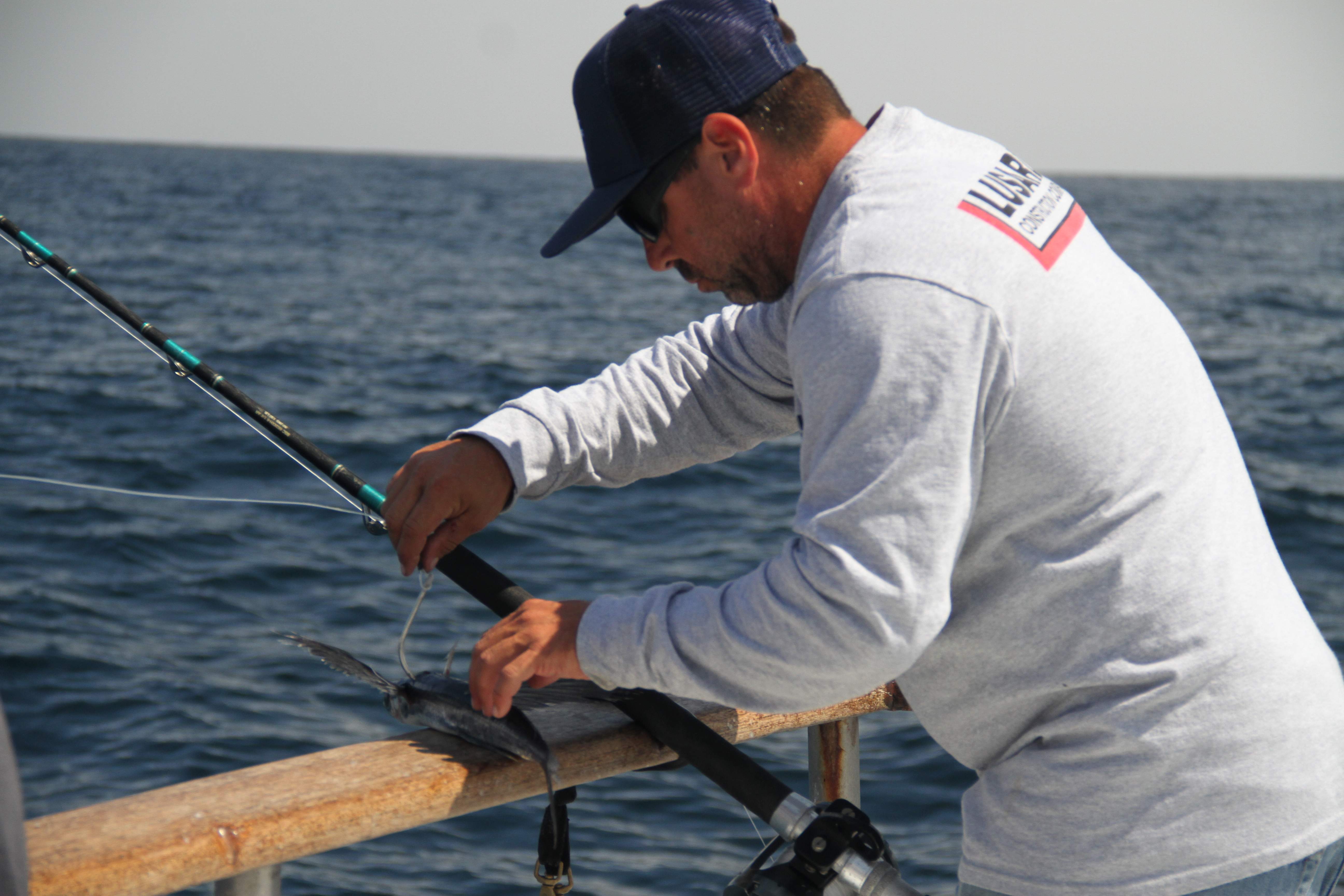 The rail is your friend when battling an XXL SoCal bluefin. // Dorado always seem to bring out the smiles! // Jasper Tibbets and crewman Tyler "twinning" in celebration of a 280-pounder! 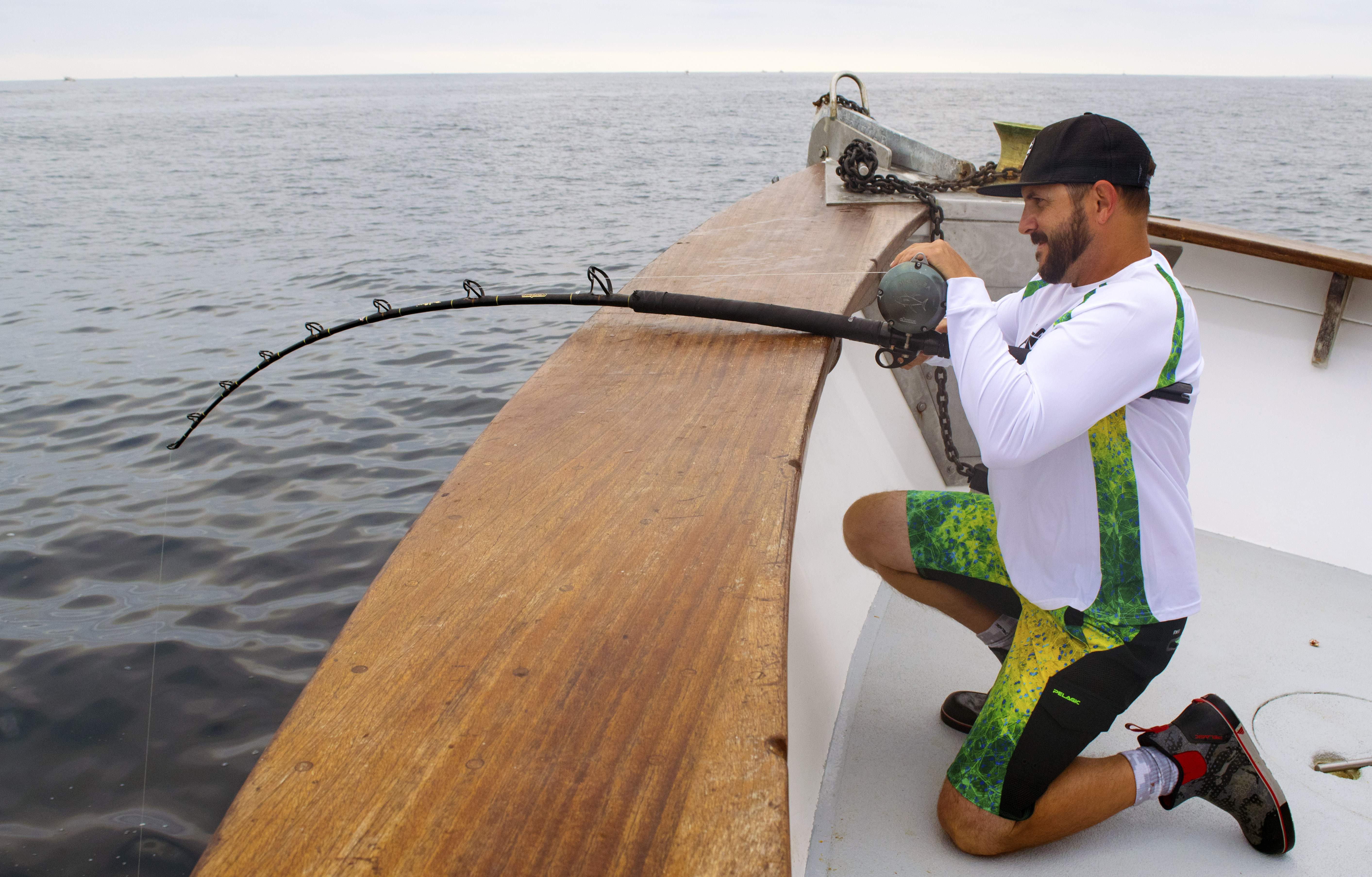 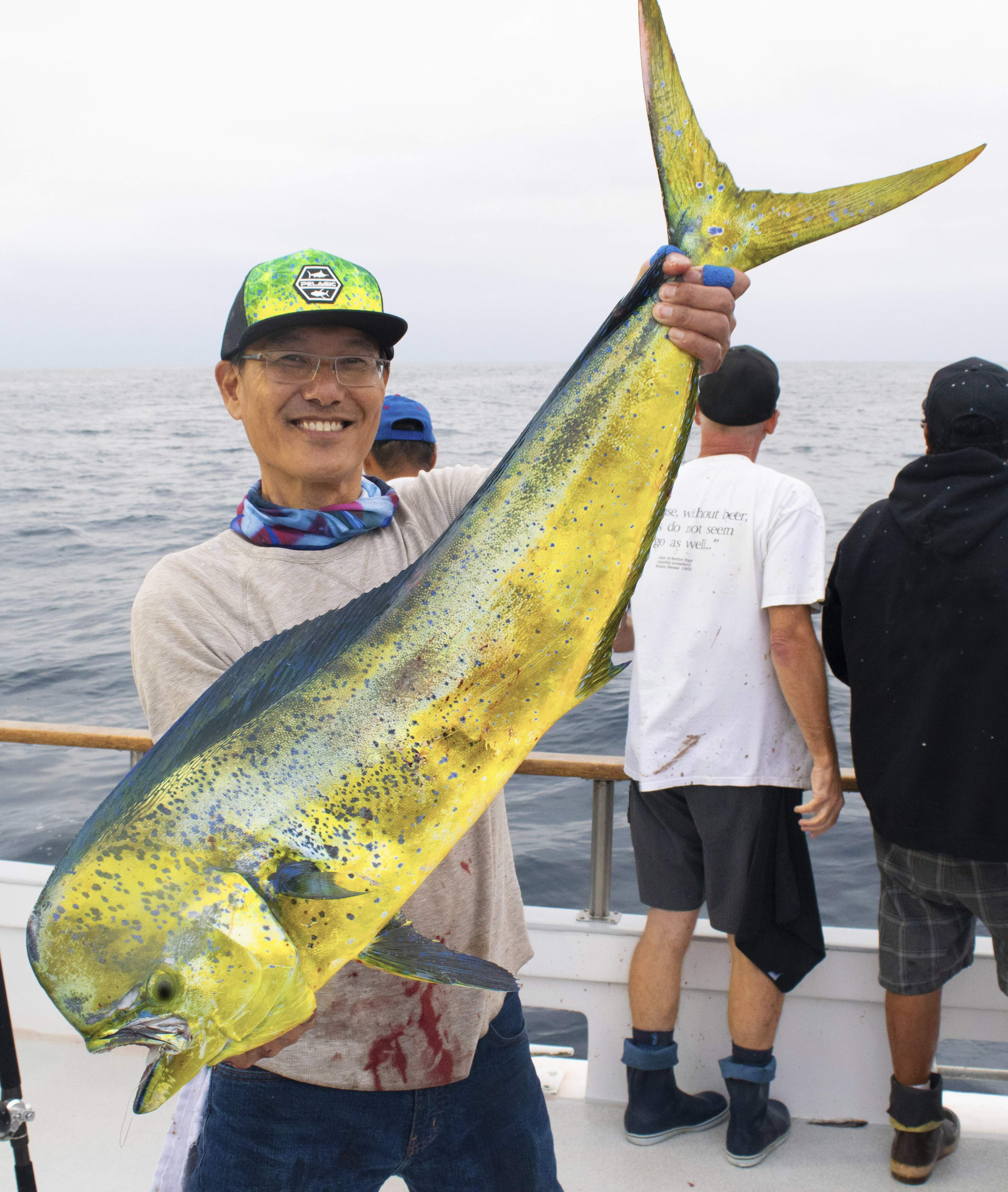 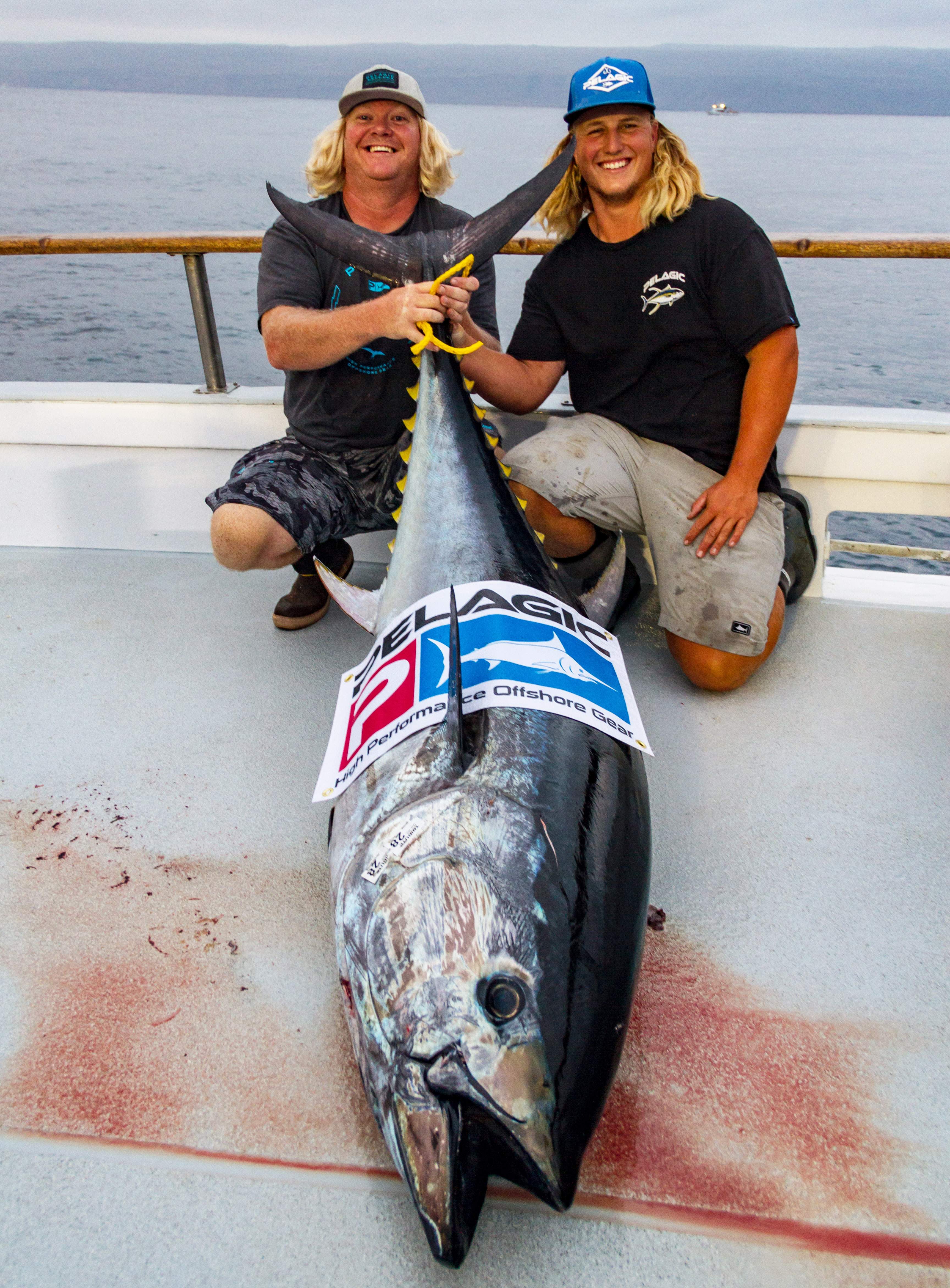 For more information on the TRIBUTE, visit www.tribute-sportfishing.com