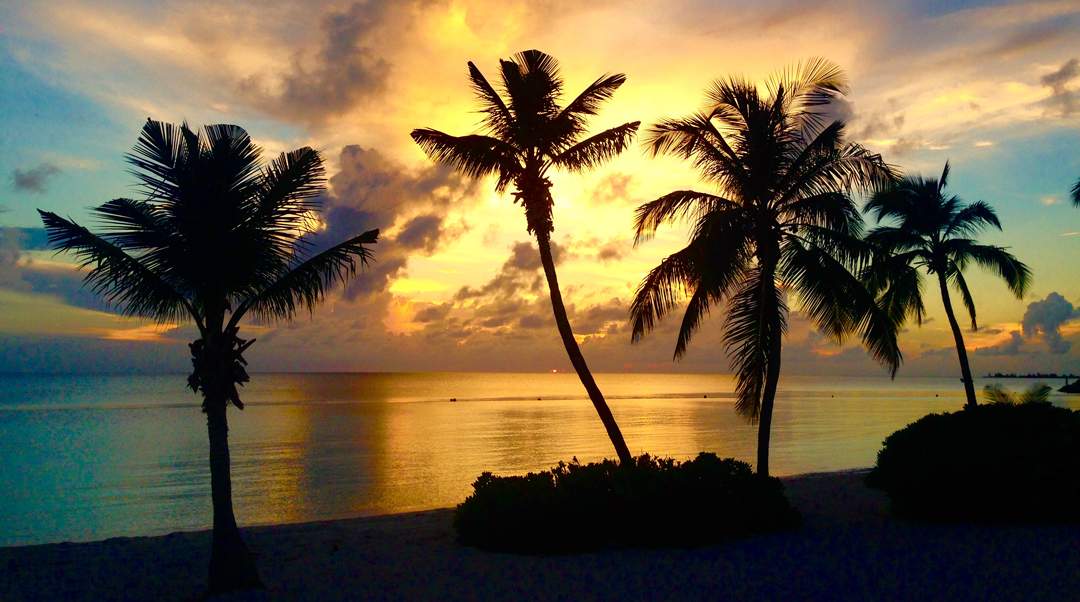 The band Queen’s hit track Bohemian Rhapsody begins with: “Is this the real life? Is this just fantasy?”

And much like the lyrics wailed by the 70’s rock band’s late front man, Freddy Mercury, a recent adventure through the islands of The Bahamas had me questioning whether the sights and sounds witnessed were reality, or if my mind was playing tricks on me.

We were invited by long-time PELAGIC Pro Team Captain, Nick Stanczyk, whom was on his annual Bahamas multi-week tour, to join him and his wife (and fellow team member), Sara, for the last leg of their trip. Headquartered in Southern California makes it difficult to venture to the Caribbean; however, having just completed a successful industry trade show in Orlando, FL made it an easy no-brainer to continue heading east to traverse The Bahamas aboard Nick’s brand new 37 Freeman VH Broad Minded .

[ Below : Capt. Nick Stanczyk's Broad Minded sits pretty in the crystal clear waters of The Bahamas] 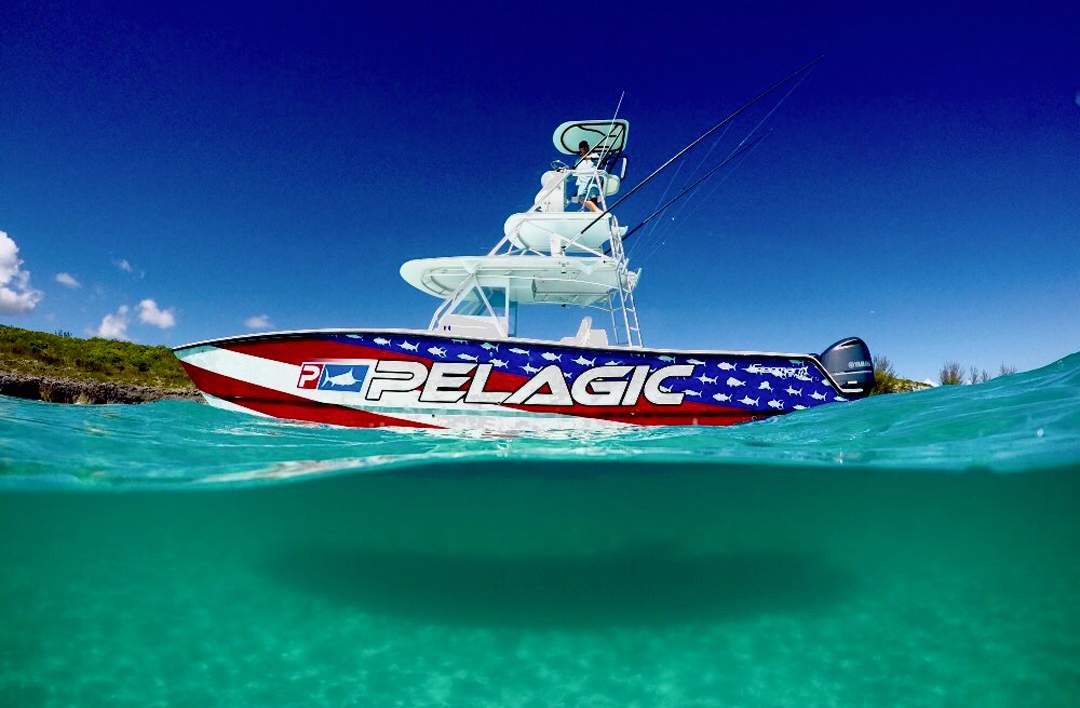 A quick sashay through Nassau and into the Abaco Islands had my head spinning as the wind-peaked swells of the Atlantic convalesced from a deep cobalt into an iridescent – almost neon – aqua blue surrounding the lost cays of The Bahamas.

We met Nick and Sara in Marsh Harbour [Great Abaco] before boarding Broad Minded to begin the first leg of our journey to Green Turtle Cay, one of the many barrier isles strung on the outer-Atlantic reaches of the Caribbean’s northernmost island chain.

While targeting Pelagic gamefish species such as blue marlin, yellowfin tuna, wahoo, and mahi mahi was a main objective, the inner channels of the Abacos host an endless bevy of things to do and see when the weather doesn’t cooperate offshore. Such was the case for our time spent at Green Turtle, as the wind was whipping up gusts of 30-40 knots in the Atlantic. 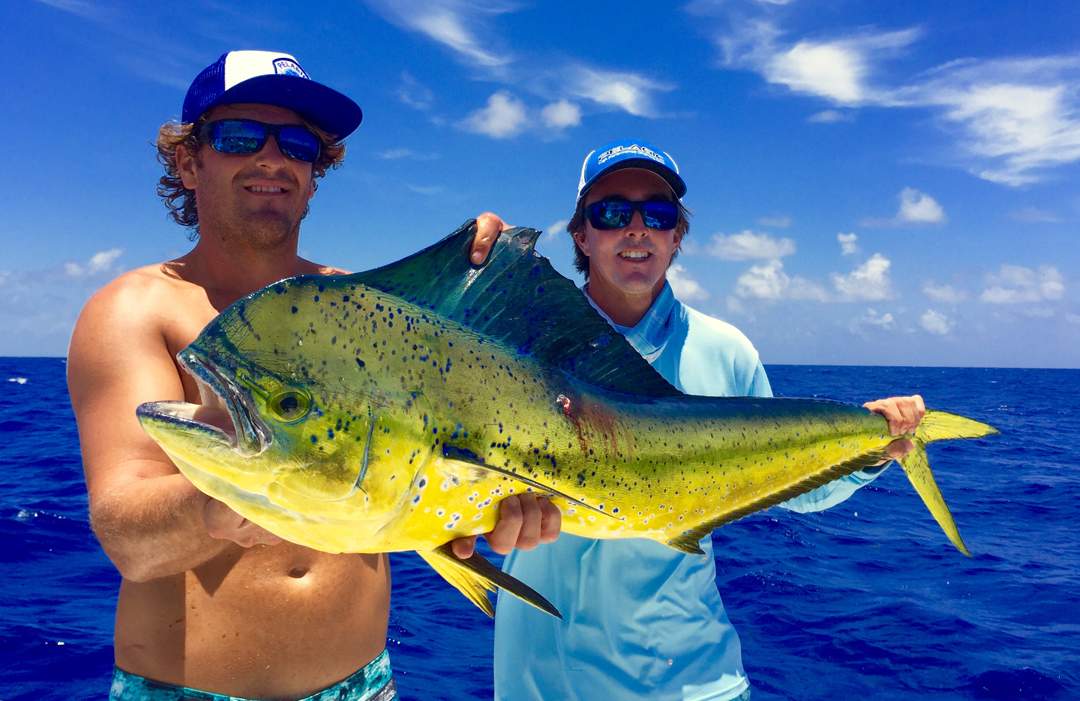 Spearfishing around brilliant coral reefs; snorkeling with sharks, rays, and turtles in Baker’s Bay; a pit-stop at famed Nipper’s Bar & Grill [Great Guana Cay]; as well as feeding the “infamous” swimming pigs [No Name Cay] kept us more than busy as we waited for the winds to subside on the outside, to allow us further exploration of this Caribbean paradise.

[ Below : Sara Stanczyk spears a solid hogfish for dinner | Capt. Nick and crew "play" with the sharks and rays of Baker's Bay | The PELAGIC Americamo-wrapped Broad Minded parked up for an afternoon at Nippers | Bring your breakfast leftovers and feed the swimming pigs at No Name Cay] 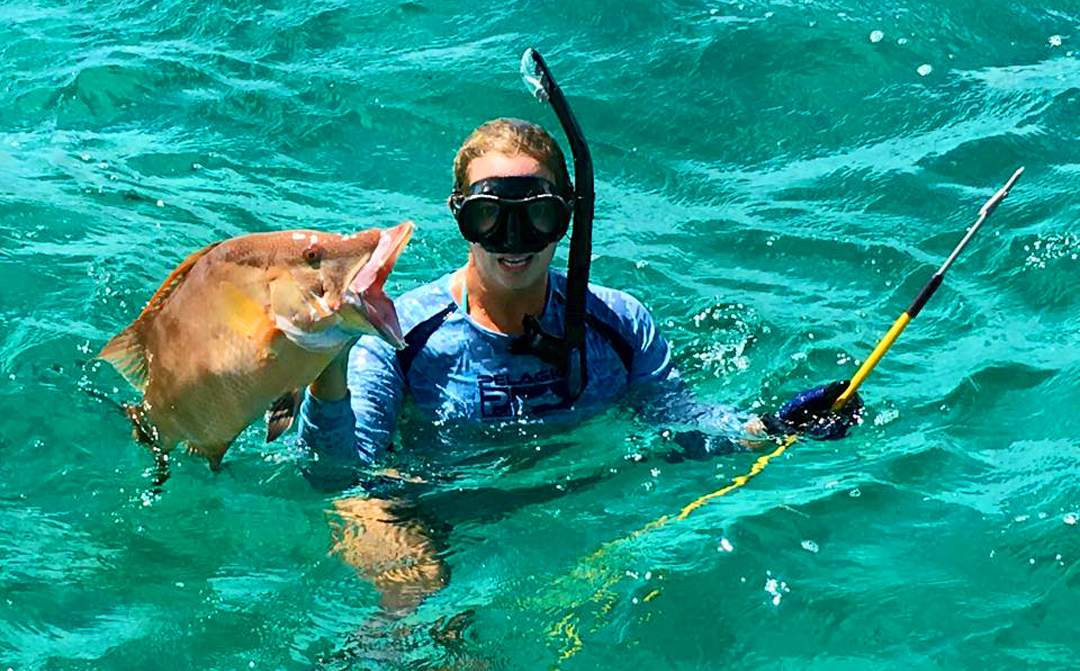 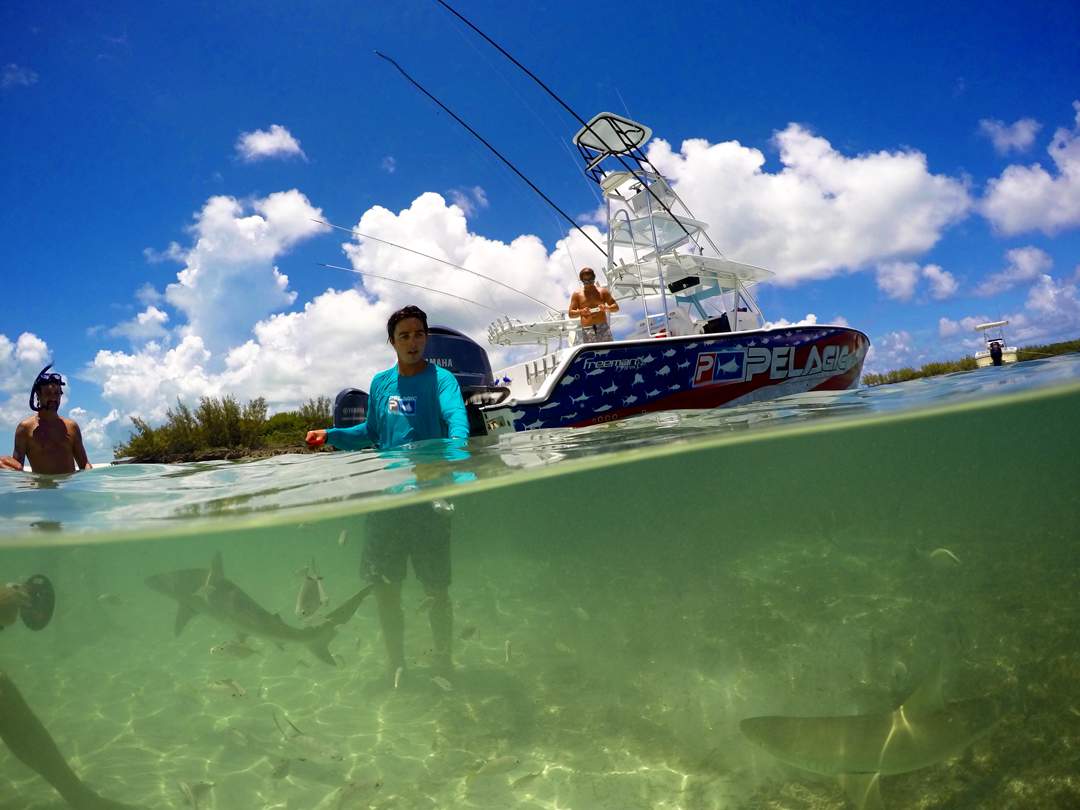 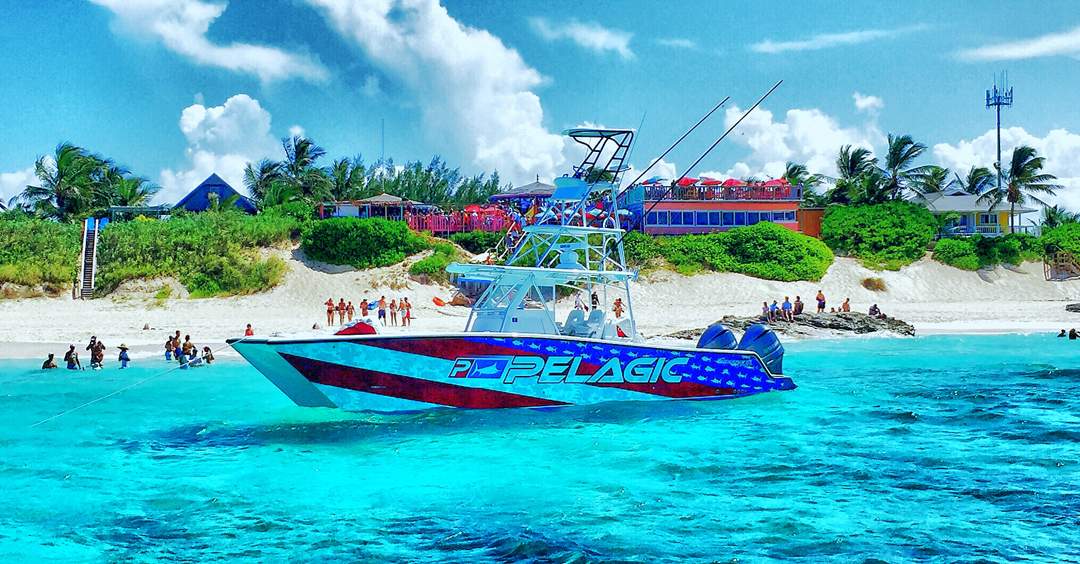 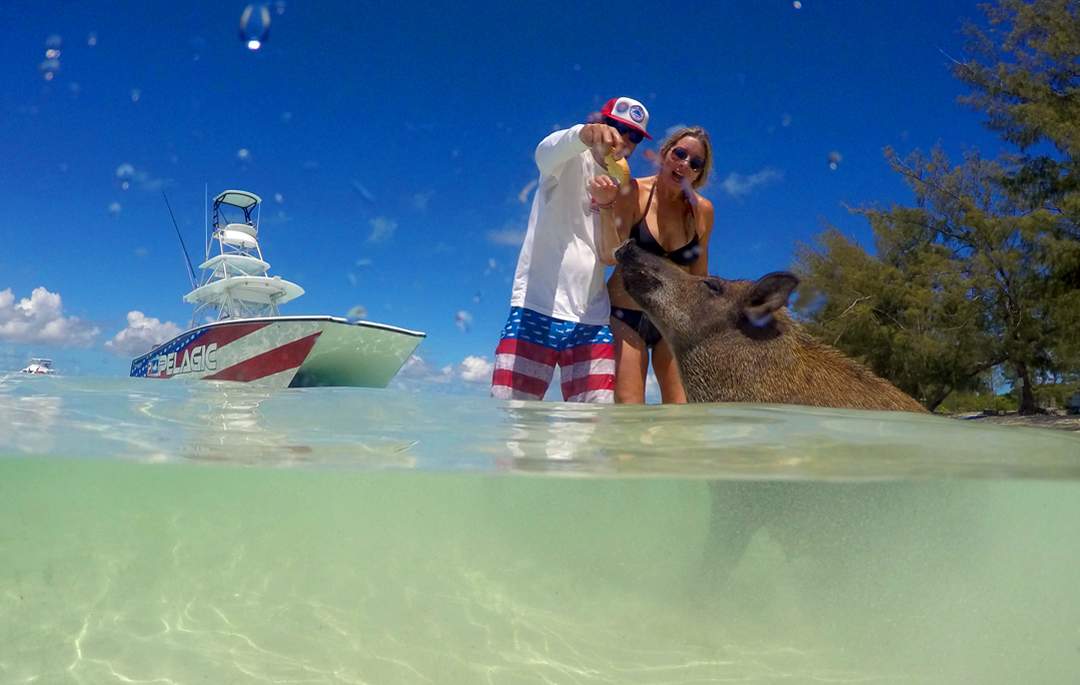 The next destination on our Bahamian tour was to Chub Cay – a historical blue marlin landmark and the main stopping point for most venturing by boat from South Florida to The Bahamas. Chub Cay is located roughly 200-miles from main Floridian ports of Ft. Lauderdale, Palm Beach, and Miami, making it a simple trek for large sport fishing vessels ready to ply the fertile waters of The Bahamas.

Like most of The Bahamas, Chub Cay offers a laid-back, “island vibe”, yet sets itself apart from an angler’s standpoint with decades of sport fishing lore surrounding its natural beauty.

Legendary throughout the world for sport fishing and diving, Chub Cay also has miles of sandy beaches and shallow, gin-clear waters well-known for producing incredible numbers of bonefish, as well as a protected harbor and state-of-the-art 110-slip marina capable of hosting 200’ mega yachts.

[ Below : Some of the best bonefishing in the world is found in the pristing waters of Chub Cay | Capt. Nick connects with a "gray ghost" (photo: Sara Stanczyk) | The marlin statue at the edge of the marina welcomes anglers with open arms | From center consoles to XXL yachts, the Chub Cay Marina awaits returning vessels from long days on the water] 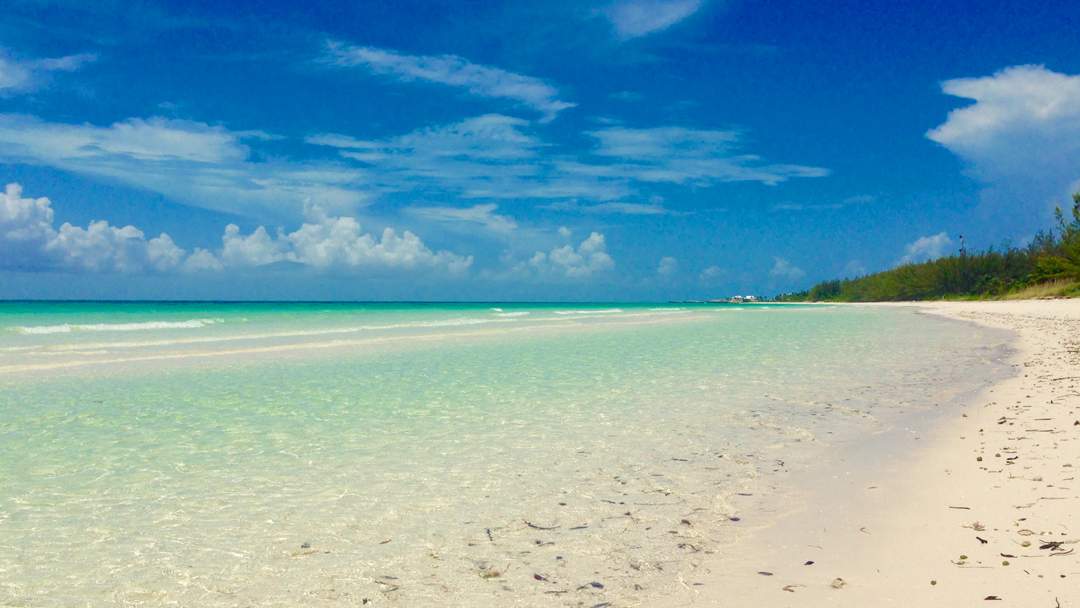 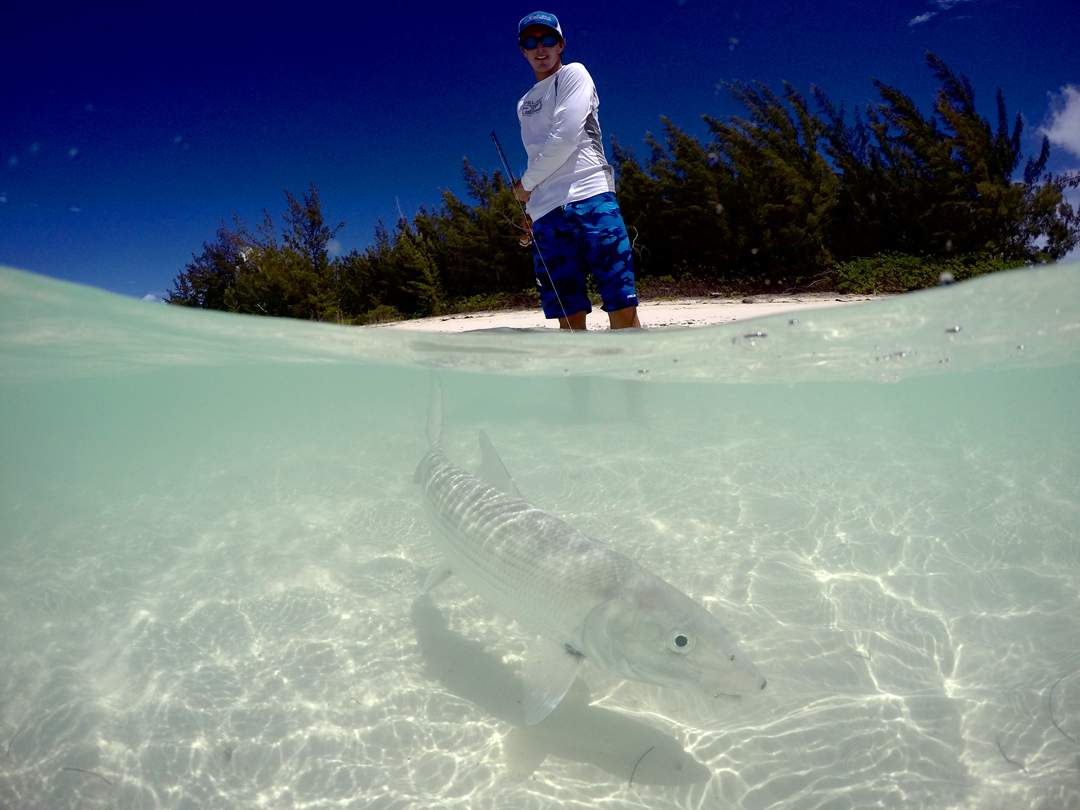 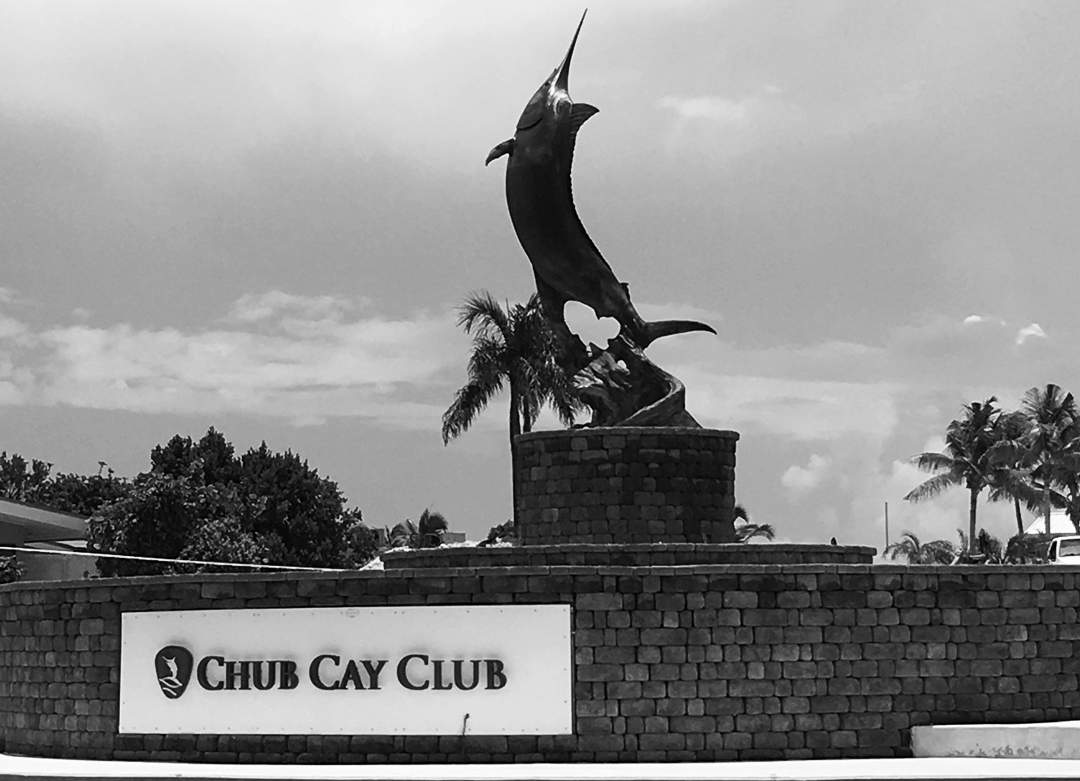 Living up to its expectations, our crew experienced everything that Chub Cay has to offer in three short days: a day offshore produced quality Mahi Mahi and some delicious deep-water snapper for the dinner table; a day spearfishing on the reefs offered up some incredible scenery with plenty of hogfish, grouper, and snapper to satisfy everyone’s freedive fantasies; and a day spent wading the immaculate shallow flats along the beaches showcased the incredible bonefishing the island is known for.

[ Below : A triple header of yelloweye snapper for the ladies | Nick subdues a mutton snapper speared on the fruitful reefs near Chub Cay | The author even managed to release a solid bonefish (photo: Sara Stanczyk)] 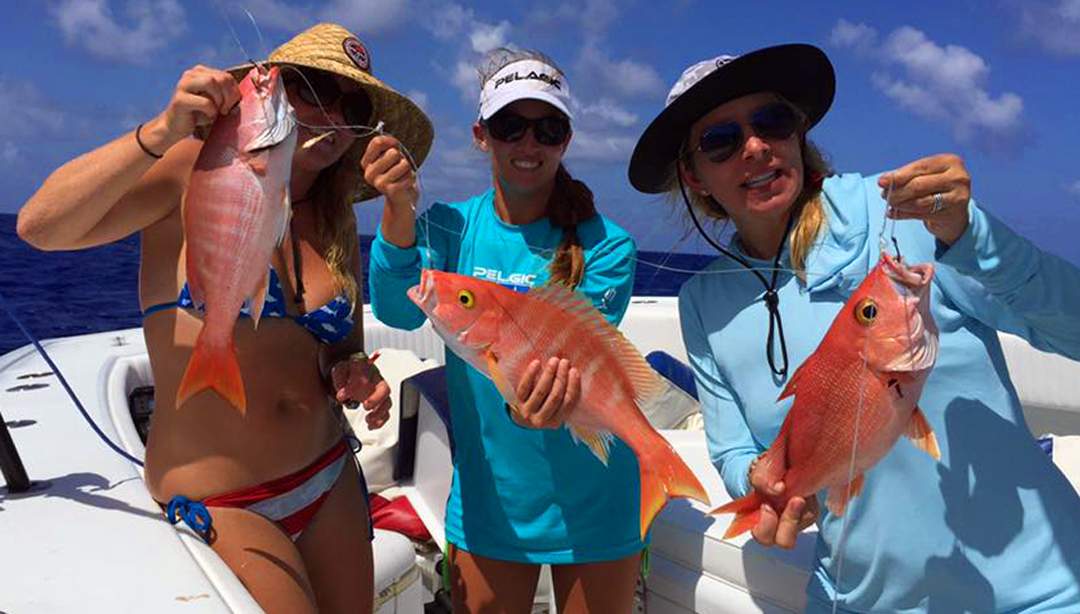 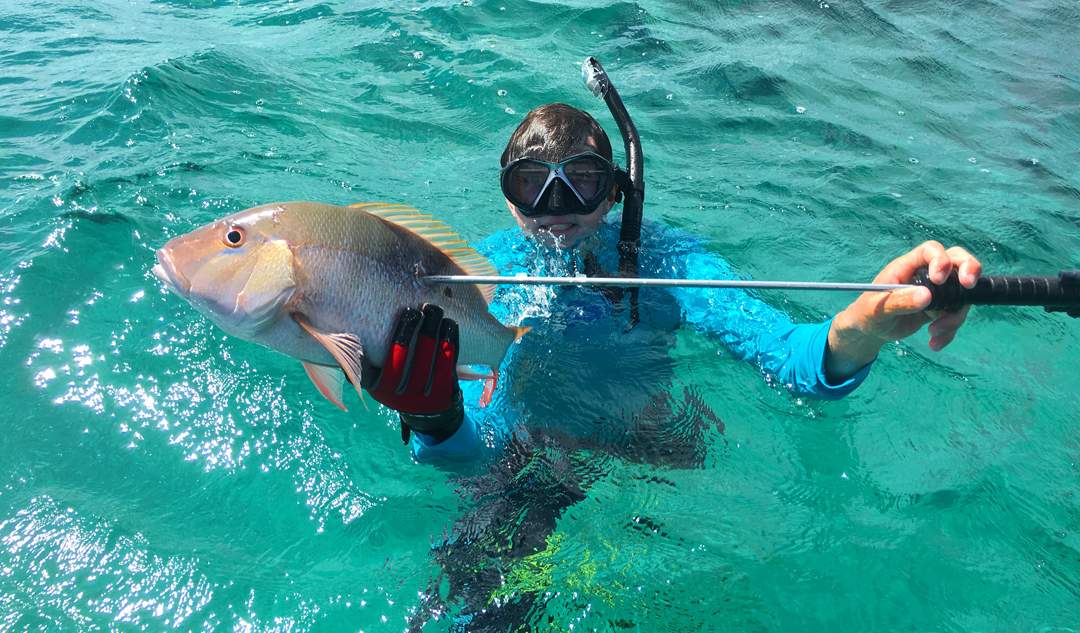 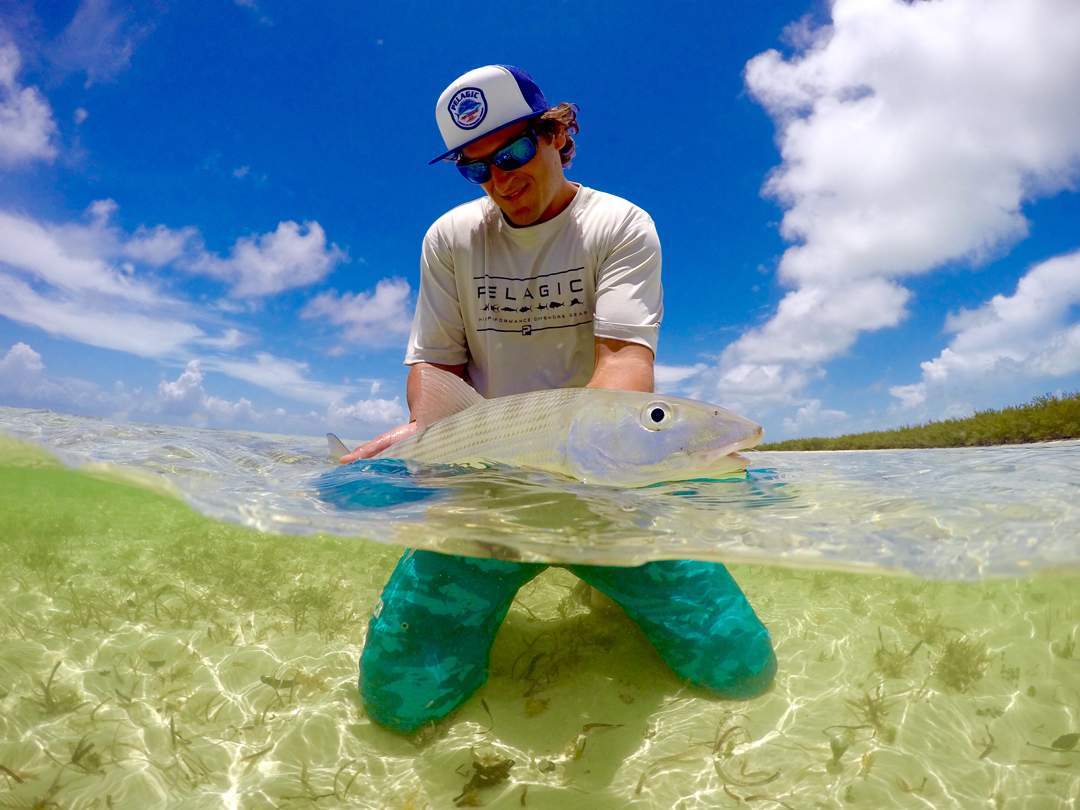 As they say, all good things must come to an end… After a week’s visit, it was time to head back west. A quick jaunt some 35-miles aboard Broad Minded took us to Nassau and Paradise Island’s Atlantis Beach Resort before flying back to California.

[ Below : Atlantis - not a bad way to end a Bahamian adventure] 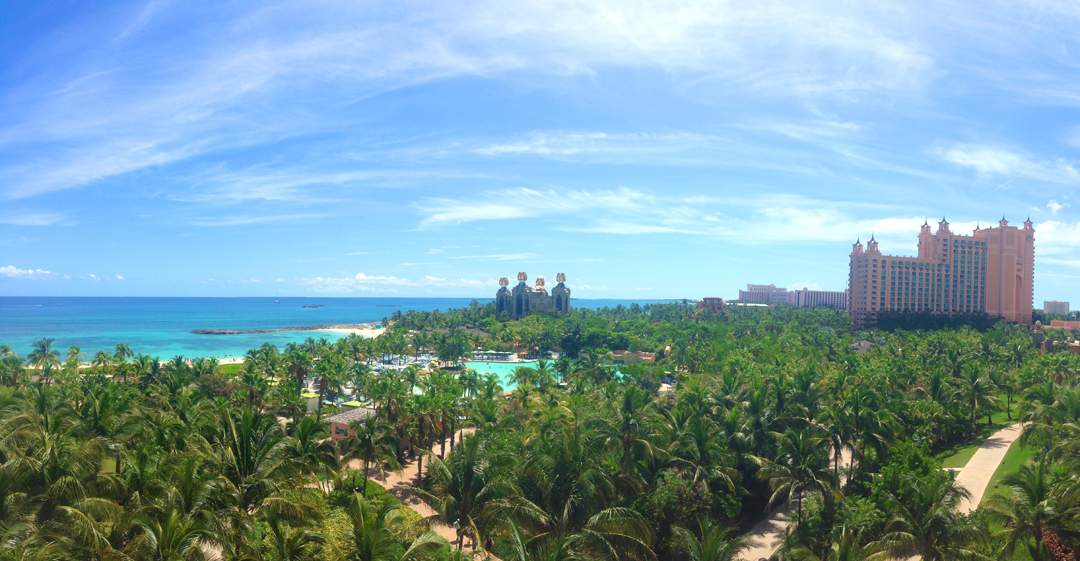 In a world filled with negative breaking headlines, economic crises, and extremist political views, it was nice to disconnect from the senses-numbing media hubbub and enter a simpler world where you can live off the sea, adventure near and far, and always have your clock set to “Island Time”. The Islands of The Bahamas are a waterman’s paradise filled with endless activities. From the die-hard big game fisherman to the family vacationer, this tropical wonderland is a destination that needs to be highlighted on your “places to travel” list.

Back to the music:

Caught in a landslide

No escape from reality

To the Islands of The Bahamas. 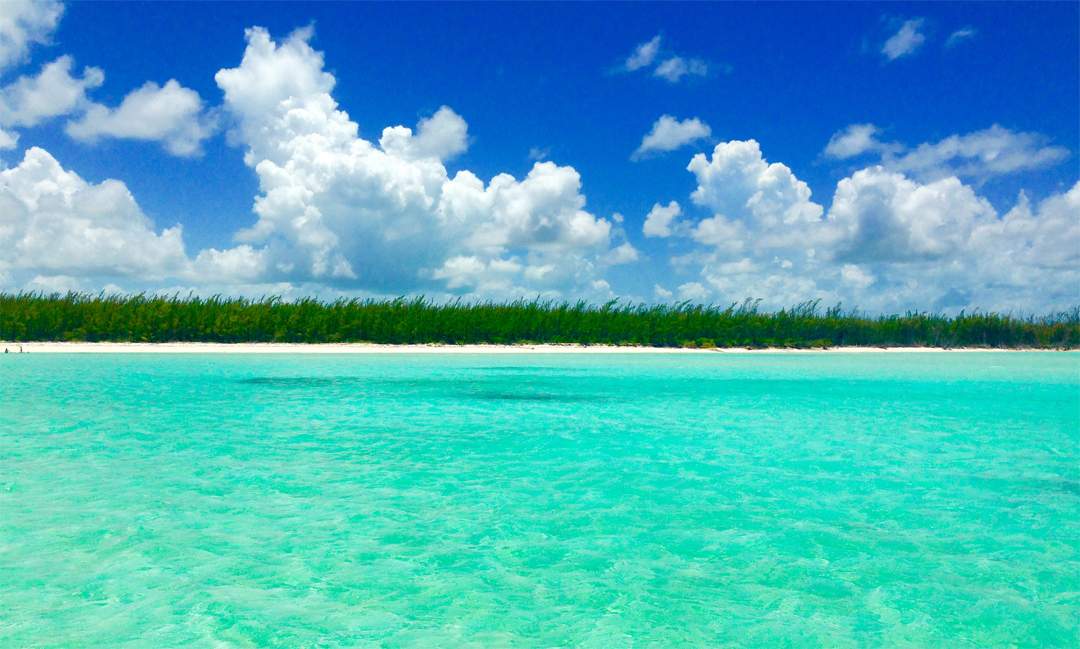 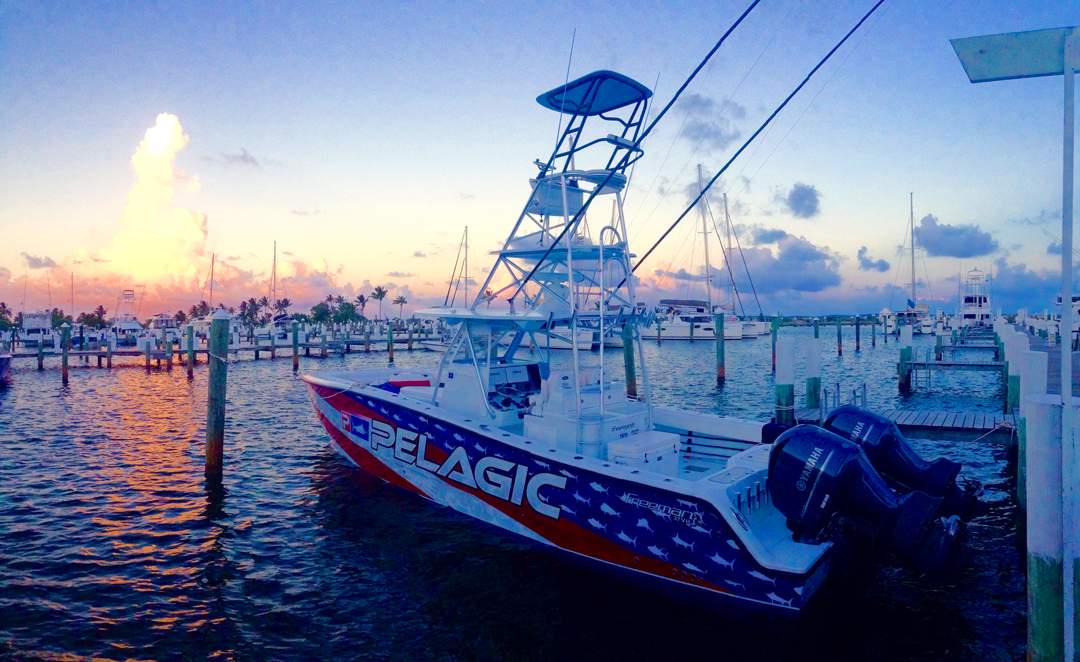 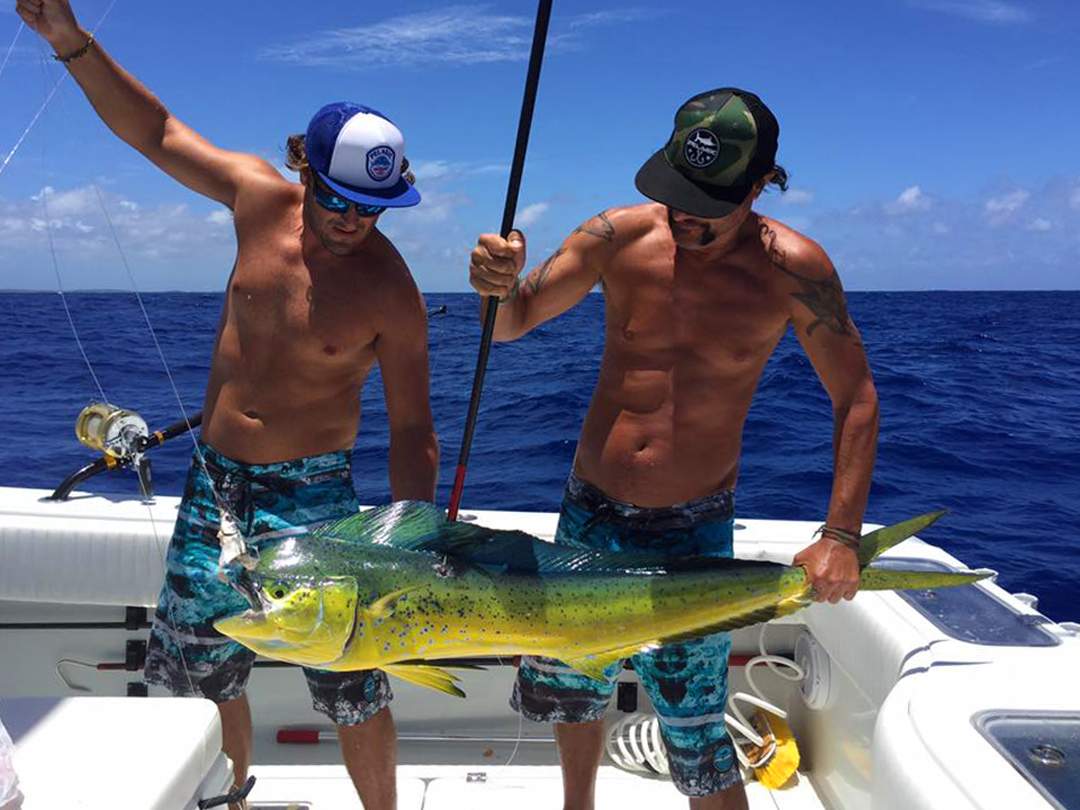 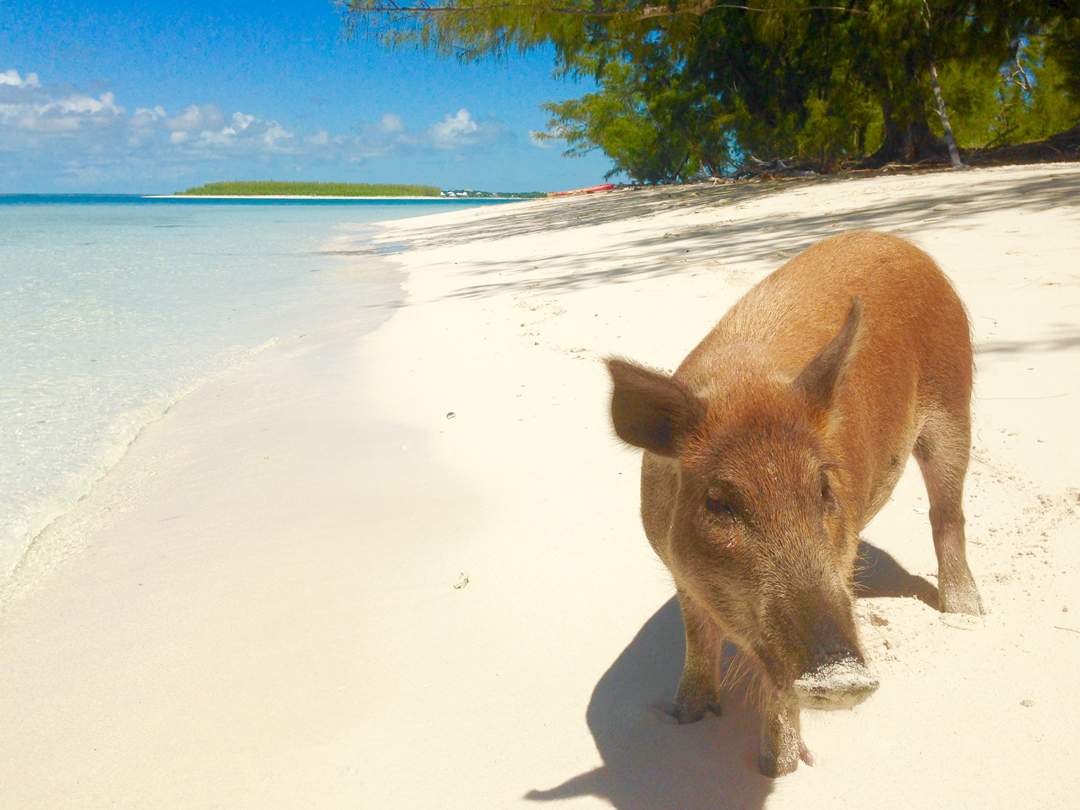 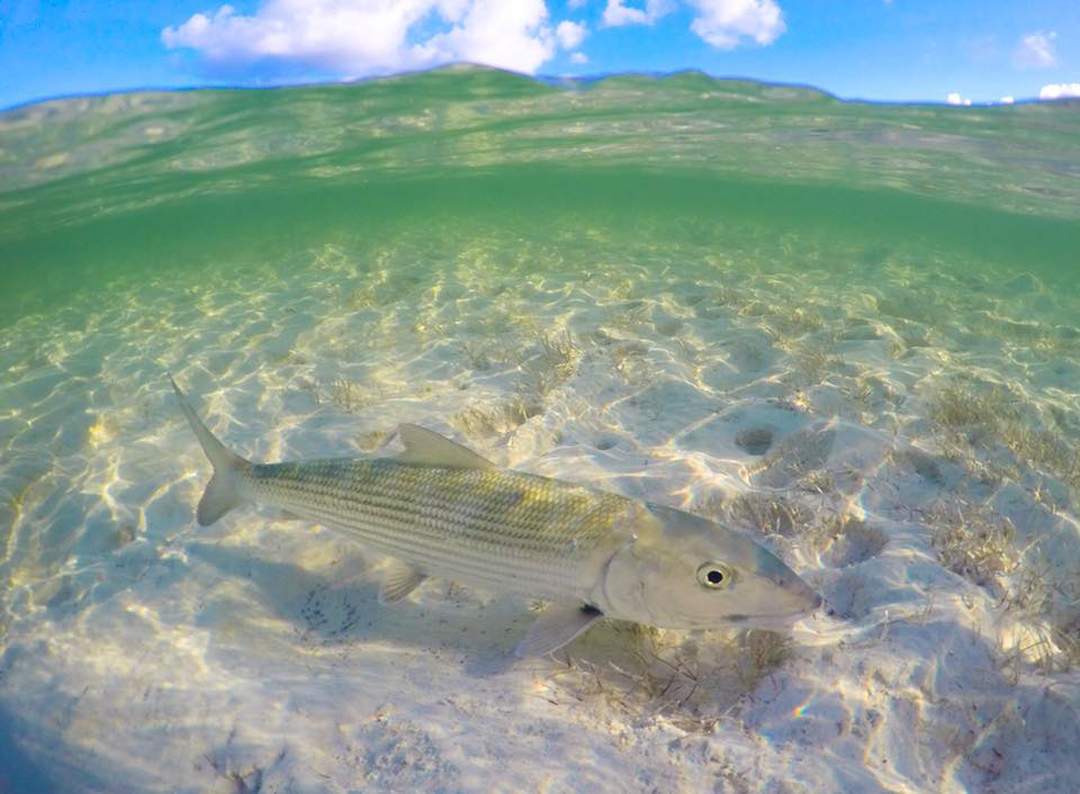 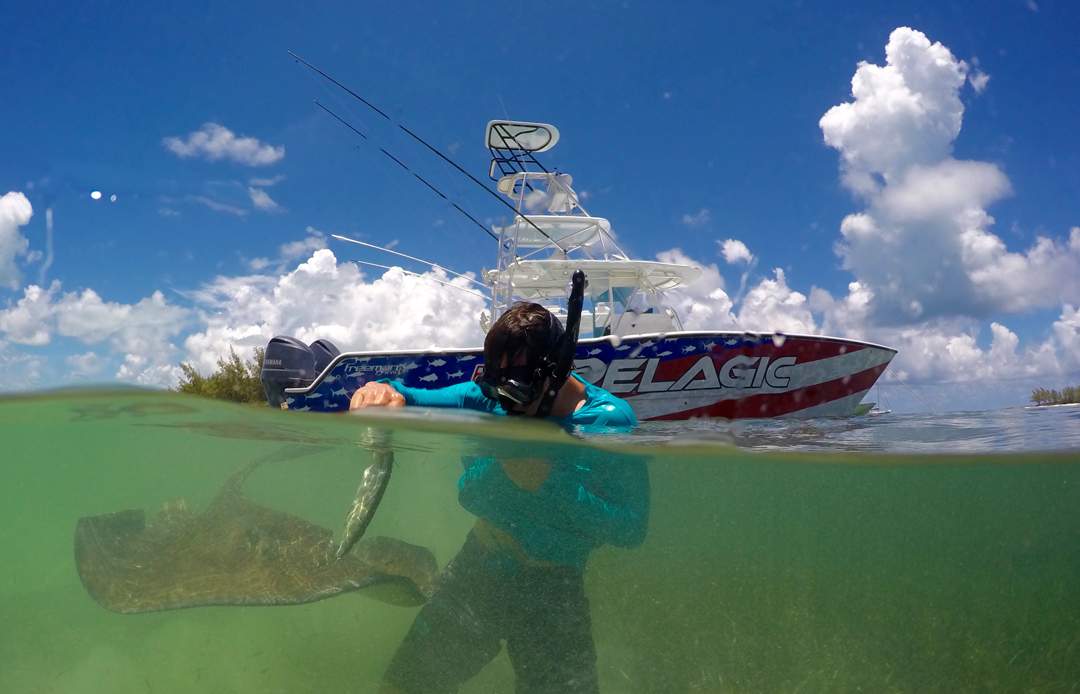 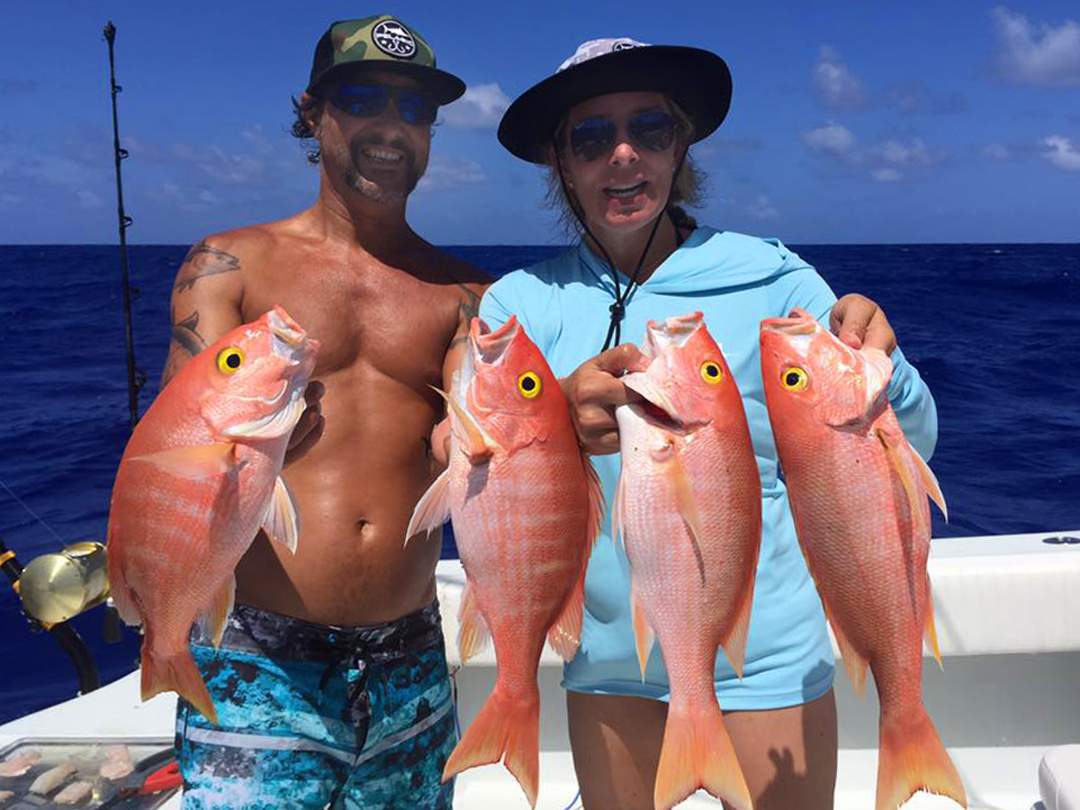 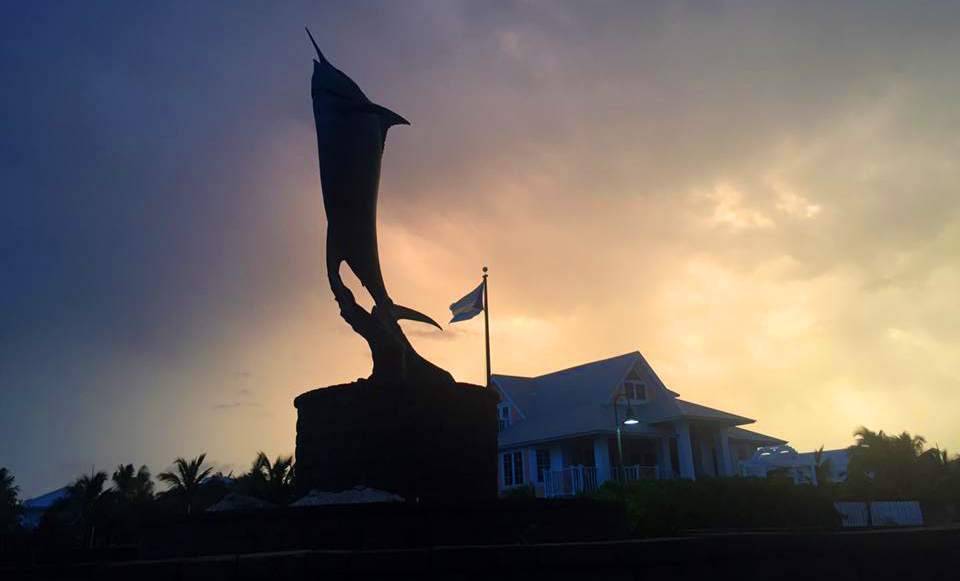