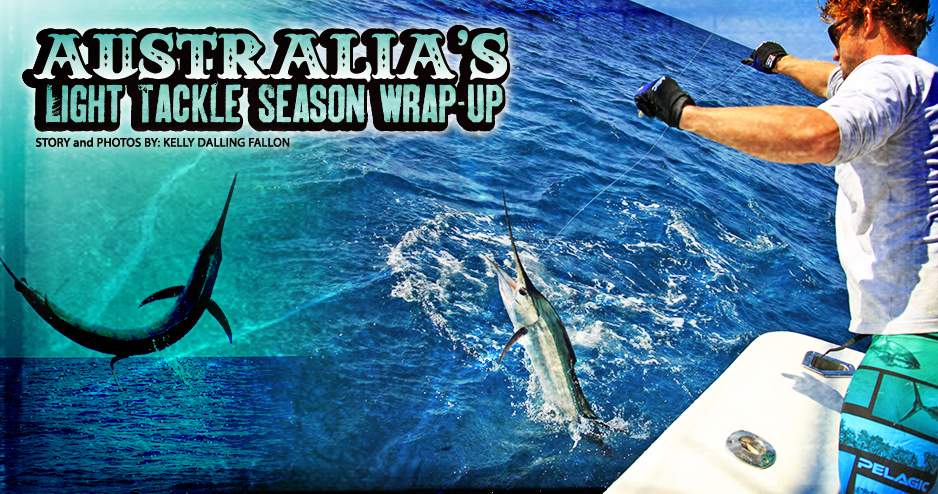 Greetings from Down Under!

Pelagic Pro-Team's Capt. Luke Fallon and his crew on KEKOA are wrapping up their light tackle black marlin season in Cairns this week adding another 7 black marlin to the season tally on Monday.

Below: Juvenile black marlin, like seen in this article, can be extremely fun on light tackle 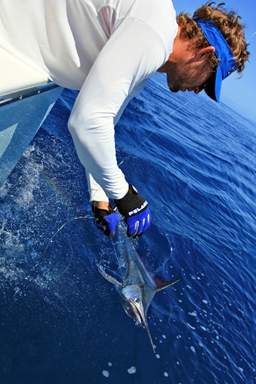 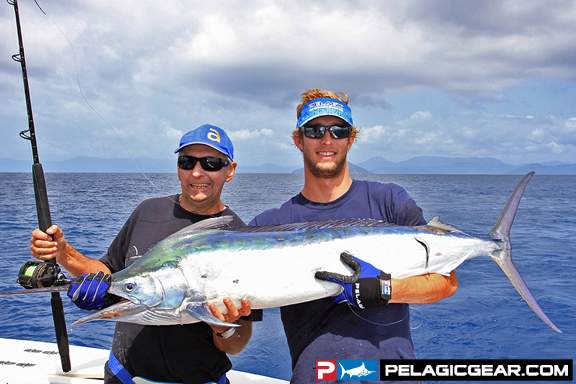 These fish are first year black marlin, the product of the big black marlin that visited the reef late in 2011 and average between 30 and 40lbs. Just like their mums and dads, these little fellas go off, and jump all over the ocean and give anglers a fun time on the light tackle.

Below: These juvies put on an aerial display, regardless if they are boatside or in the open ocean 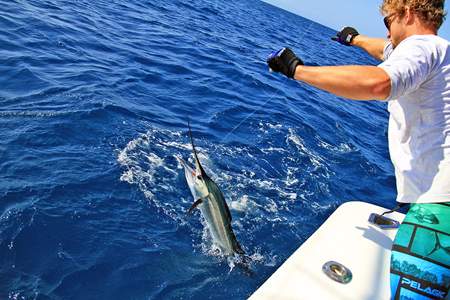 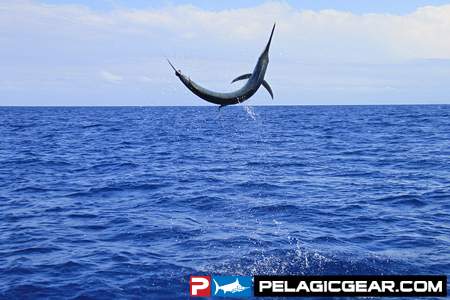 We fish almost exclusively tease and switch, circle hooks on a live or dead bait which is pitched directly to the fish off the teaser, many times right beside the boat, making it a really visual way to fish. Everyone on board can see the lit up marlin on the teasers following it right up to the riggers.

Below: A couple quick photos before release (no juvies were harmed in the making of this post...) 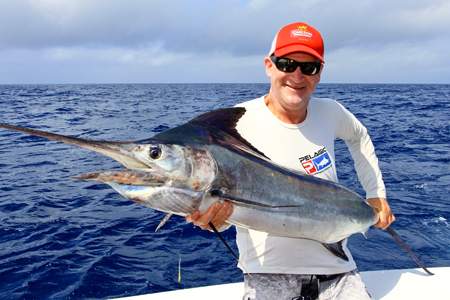 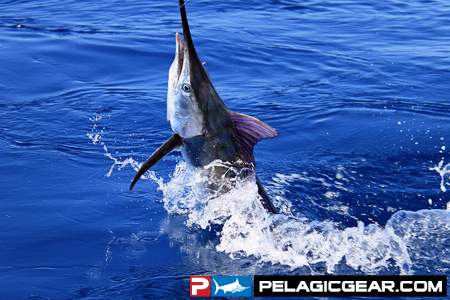 While September is usually a transition month in Cairns as we switch over to heavy tackle for the big black marlin, this year the light tackle season is fishing well right through to the end of the month, despite the warm water already moving in.

Below: One more for the road... 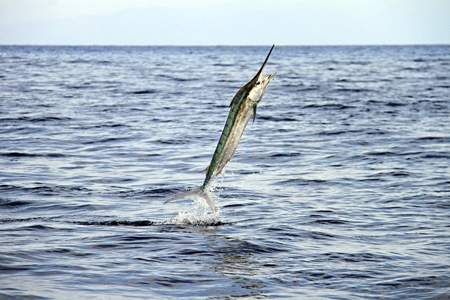 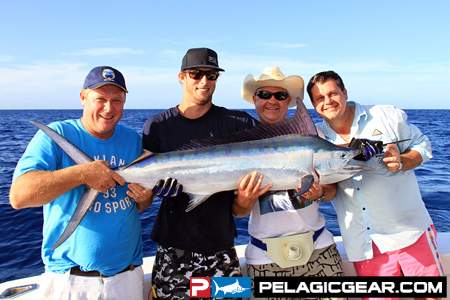 We switch over to heavy tackle ourselves later next week so stay tuned then for updates as team KEKOA's giant black marlin season gets under way.

Kelly Dalling Fallon, Pelagic Pro Team Capt. Luke Fallon's wife, has grown up on the waters of far North Queensland. She spent several seasons on board Reel Chase with her father Capt. Jim Dalling until his retirement in 2009. These days she spends the full year on board KEKOA alongside Captain Luke. Kelly is also the owner/author of the Black Marlin Fishing Blog and also contributes articles and photos to several Australian fishing magazines on a regular basis.