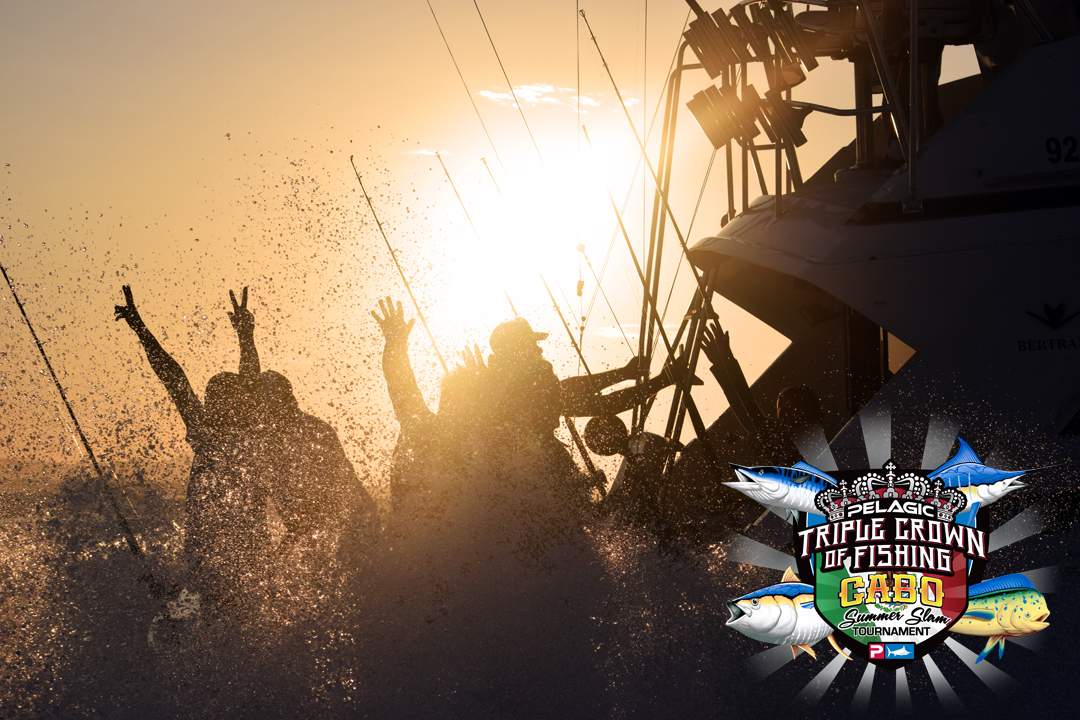 A fiery, red sun rose over the southern-most tip of Baja California, as a 30-boat tournament field made their way out of Cabo San Lucas Marina and began positioning themselves for the shotgun start of the 2015 Cabo Summer Slam presented by PELAGIC. With Hurricane Carlos rapidly dissipating far to the southwest, the prospects of good weather and great fishing resonated throughout the tournament fleet. At promptly 0700 on June 18th, the port master shot the flare signaling all boats to commence fishing - the area in front of Cabo’s famed Land’s End became a washing machine of churning water as all boats raced to the fishing grounds.

The Cabo Summer Slam is a multi-species, multi-division tournament structured to focus on catching a variety of Pelagic gamefish species, a trait that Cabo San Lucas is so well-known for. In the Billfish Release Division, teams can score points by releasing Striped Marlin, Sailfish, Blue and Black Marlin, and even swordfish. In the Gamefish Division, teams are ranked by their heaviest Tuna, Wahoo, or Dorado. With the $2000 all-in jackpot option, over $50,000 was on the line in the second annual event.

Day one saw great fishing with many striped marlin releases scored, as well as some XXL yellowfin tuna weighed. Teams EL DIABLO and GO DEEPER 37’ ended up tying in the Billfish daily with 9 striped marlin releases each – the teams split the $5500 jackpot. Weighing-in a tournament best 169 lb. yellowfin was angler Will Miller and Team PICANTE 45, giving them the daily tuna jackpot of $3600. Team VIDA LOCA topped the fleet with a 49 lb. wahoo that awarded them $3750 in that category jackpot and Team GO DEEPER 60’ scored some dinero with their 21.5 lb. dorado worth $3900. Overall, a stand-out day of fishing for the majority of the field. 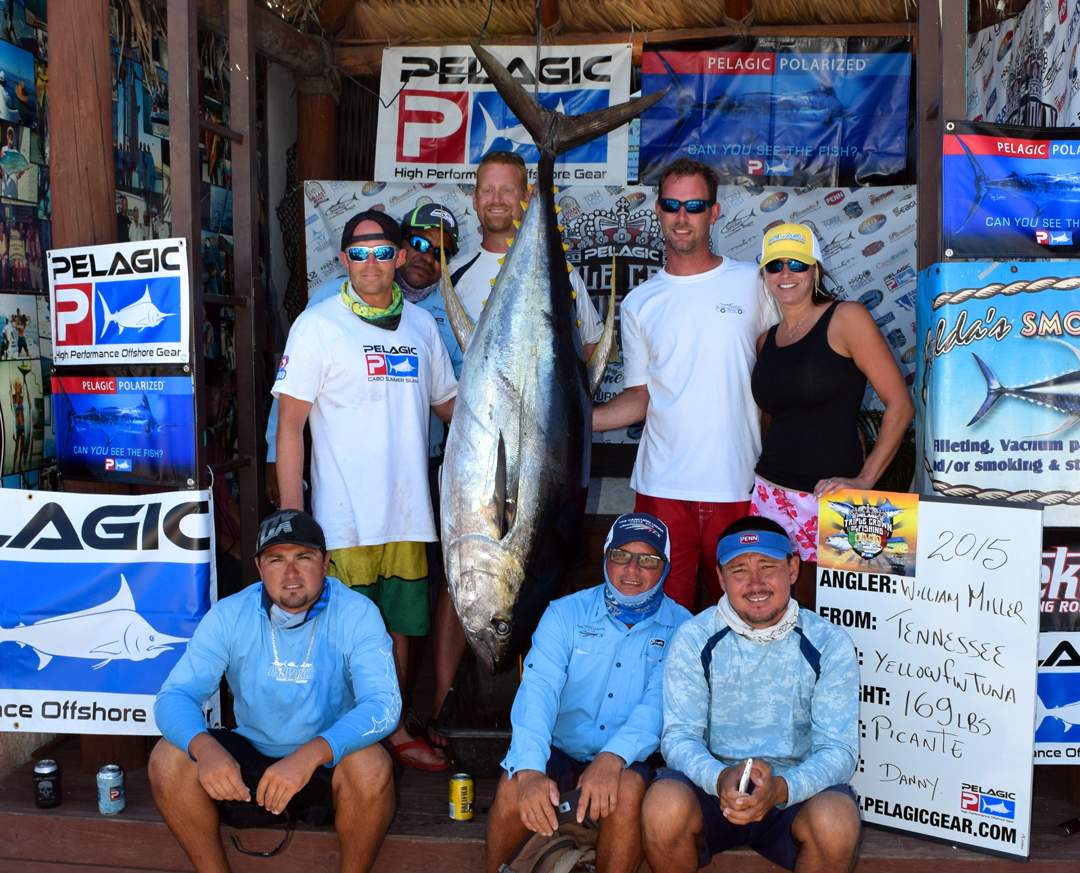 Windy conditions – possibly some remnants of the tropical system off Mainland Mexico – offered up some, let’s call it “nautical” conditions during the second and final day of the tournament. The majority of the fleet focused on the “close-to-home” marlin fishing just mere miles of the Cabo Arch, and was able to capitalize on the throngs of tailing striped marlin in the area, while running into some wahoo and dorado as well. At the end of the day, three teams tied at 400 points to split the daily billfish jackpot with EL DIABLO (once again), GO DEEPER 60’, and PICANTE 45 taking the cash. With a tournament-best 42.5 lb. dorado was Team BOB MARLIN – their beautiful bull earned them the daily dorado jackpot of $3900. Team VIDA LOCA scored again to take home another daily wahoo jackpot, and was also awarded (per tournament rules) the tuna daily jackpot since no tuna were weighed on day two – their total tournament earnings: $11,100.00 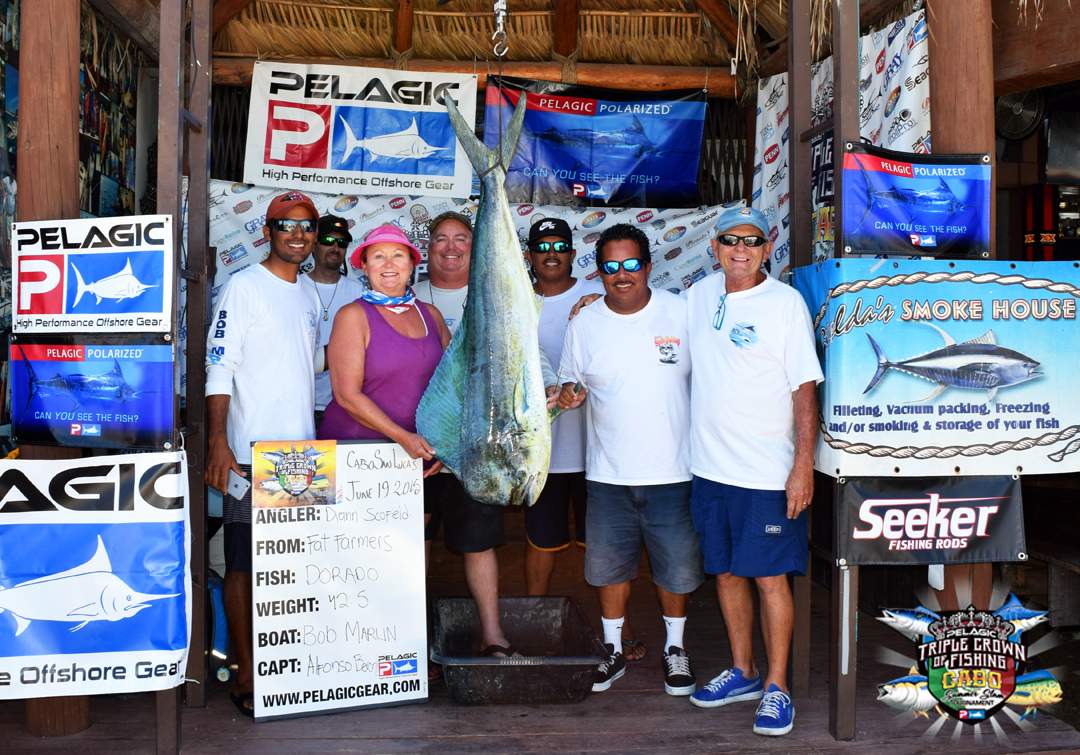 After all was said and done, all billfish releases documented, and fish weighed-in at Baja Cantina in the Marina, the results were announced and trophies and prizes awarded by “Master of Ceremonies”, Captain Tony Berkowitz to all winning teams: 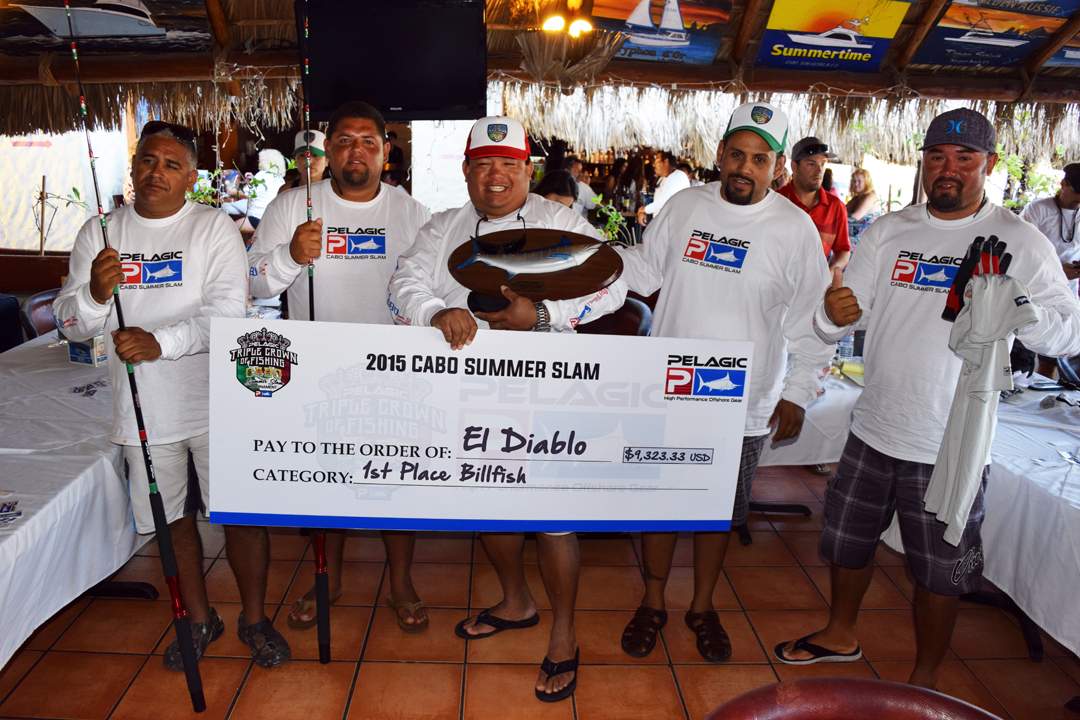 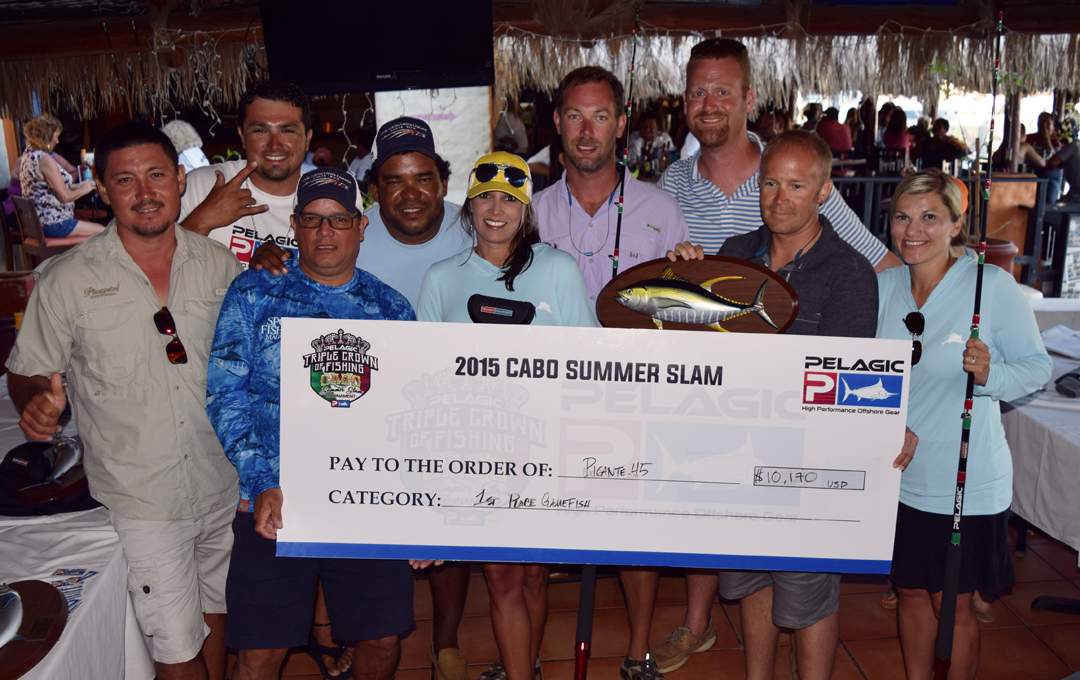 This event is rapidly gaining popularity in Cabo as a fun-filled tournament and a great way to kick-off the summer. Dates have officially been set for the 2016 tournament - June 3 -5, 2016. We hope to see you there!