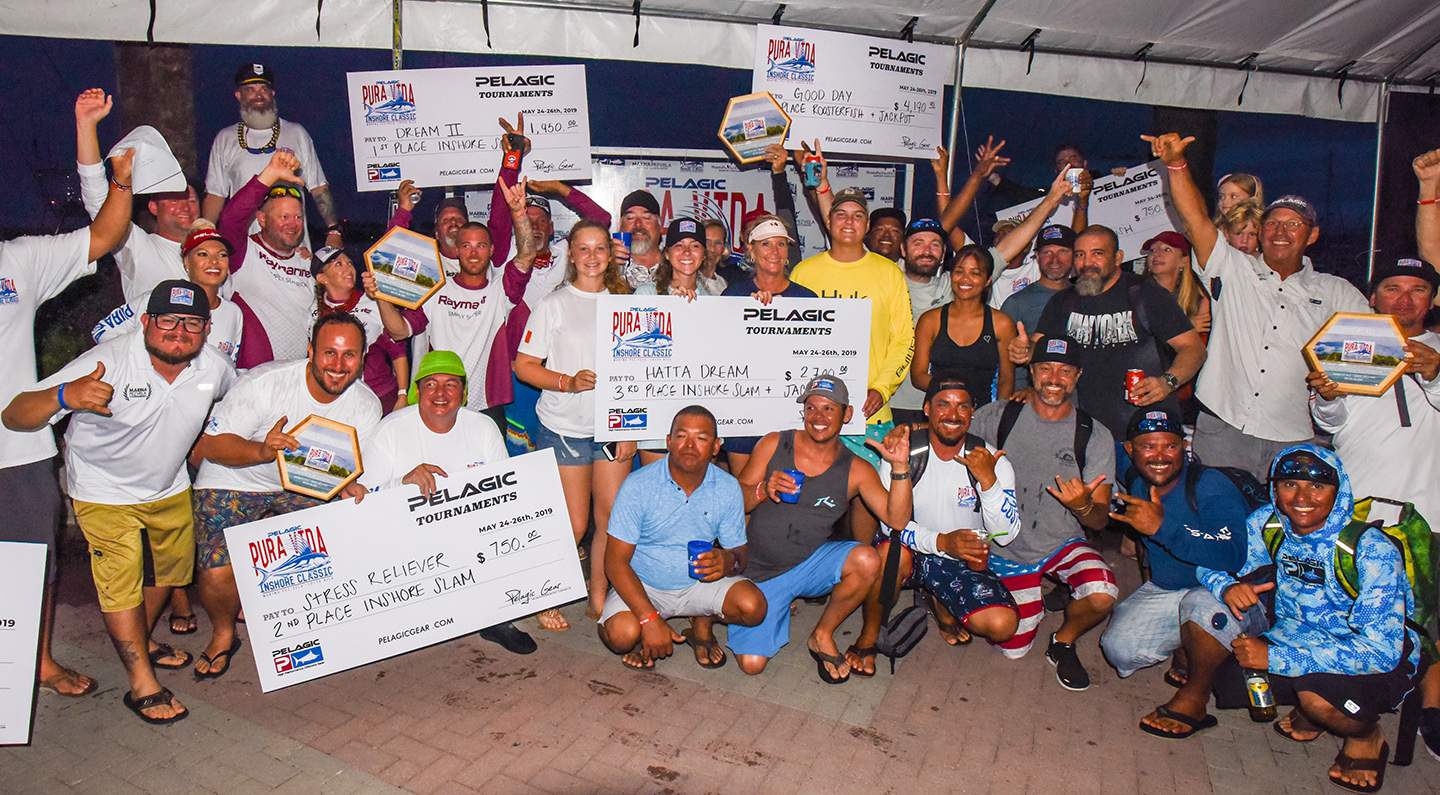 ¡Pura Vida! – The simple life, or a “pure” life… Pura Vida is the Costa Rican lifestyle: it’s both hello & goodbye; it’s a way to say everything’s cool, or everything’s great; it means taking it easy while enjoying life. It’s more than just a saying, it’s a way of life. Life is good, enjoy it…

The Pura Vida Inshore Classic is a fun event for all ages that capitalizes on the bountiful inshore fishery available along the shores and rugged coastline of Pacific Costa Rica. The main tournament is a 1-day shootout where teams can win awards & cash prizes by scoring the most roosterfish release points, and/or weighing-in the heaviest trio of coastal gamefish. This tournament also offers a half-day Kid’s Fishing Derby where tournament teams are encouraged to support the youth fishing movement by taking a kid fishing in a fun, tournament atmosphere. 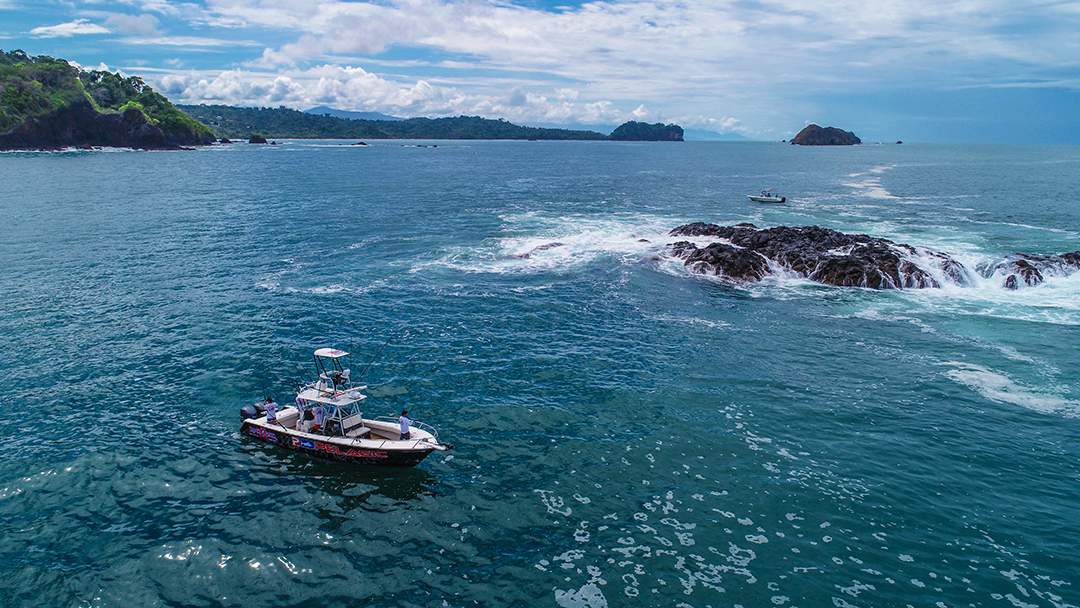 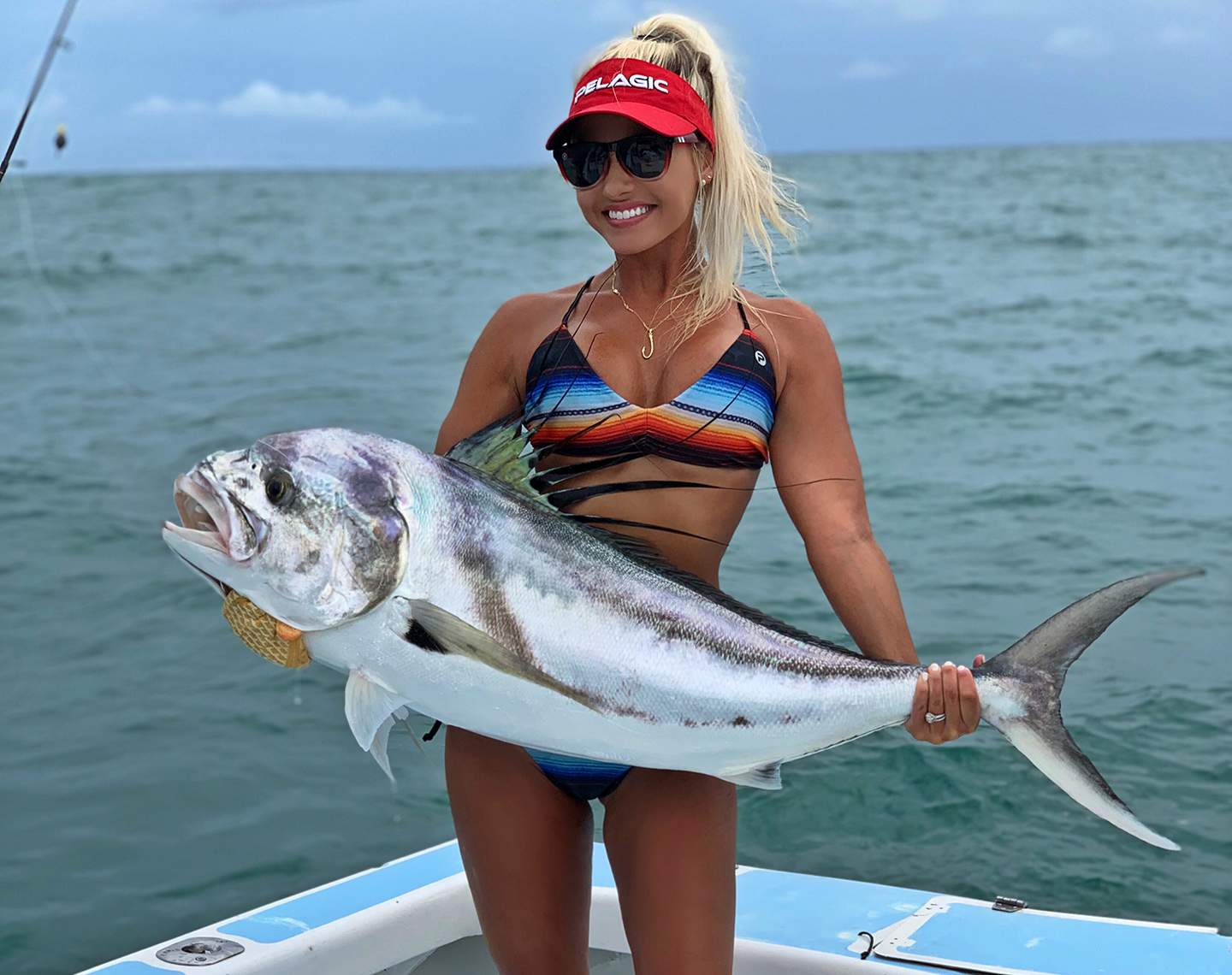 As a means of protecting one of the country’s most-iconic gamefish species, Costa Rica fisheries law states that all roosterfish must be released. In the tournament’s Roosterfish Release Division, teams were asked to document their catch by measuring with a custom-made ruler prior to releasing the fish back into the Pacific. Teams could score as many roosterfish possible and accumulated points based on different levels of length, measured by the official tournament ruler: 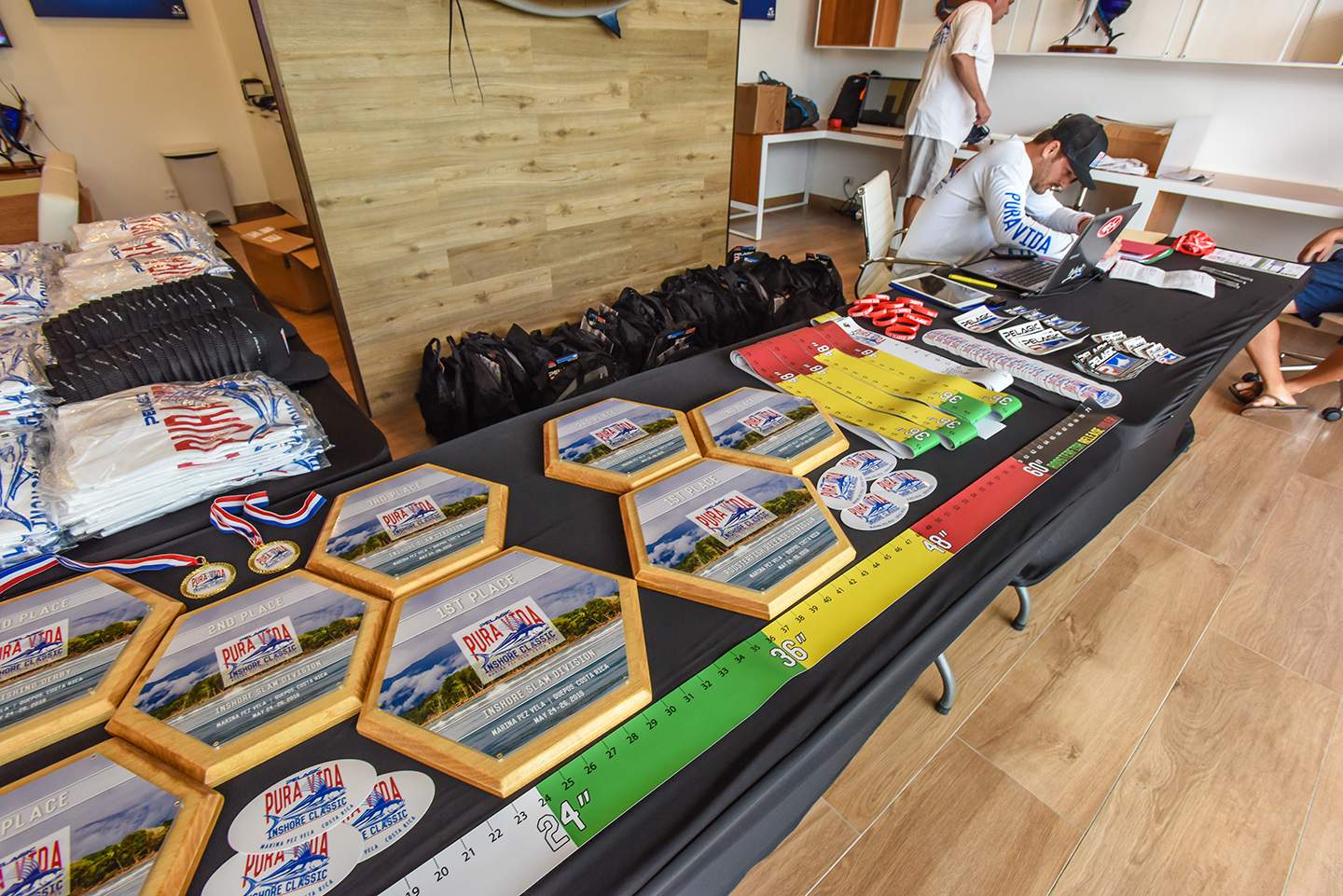 At the end of the one-day tournament, sitting at the top of the Roosterfish Release Division leader board and taking home first place was Team Good Day . They scored three 36”- 48” roosterfish for a total of 900-points, while also securing the daily roosterfish jackpot, earning them a check for $4,190.00. 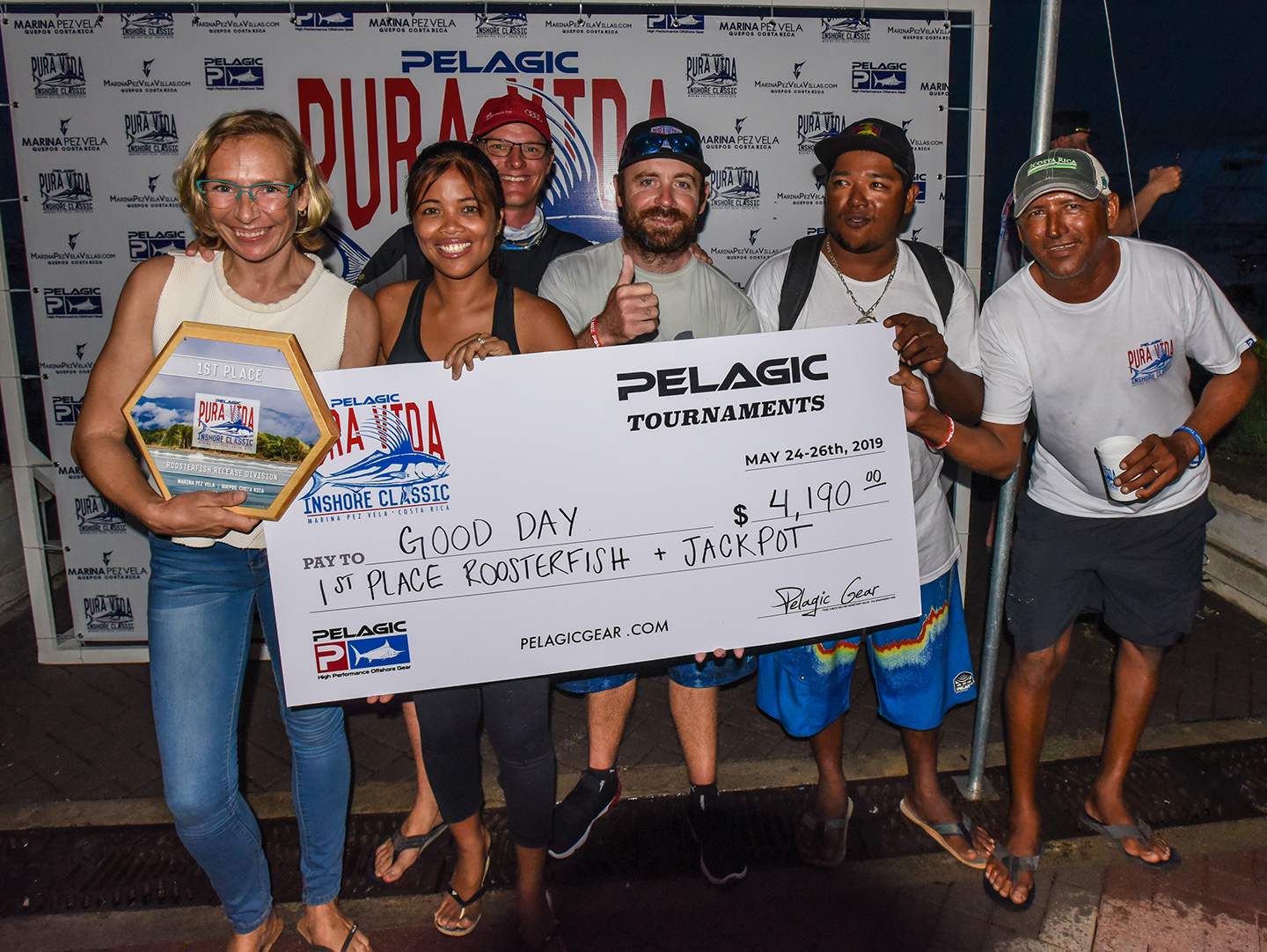 The second-place roosterfish trophy went to Team Montauk , fishing aboard a 19’ Boston Whaler. This team released the largest “pez gallo” of the event, a brute 55-incher that waged a multi-hour battle on light tackle. Combined with a 37” fish, Montauk amassed 800-points. 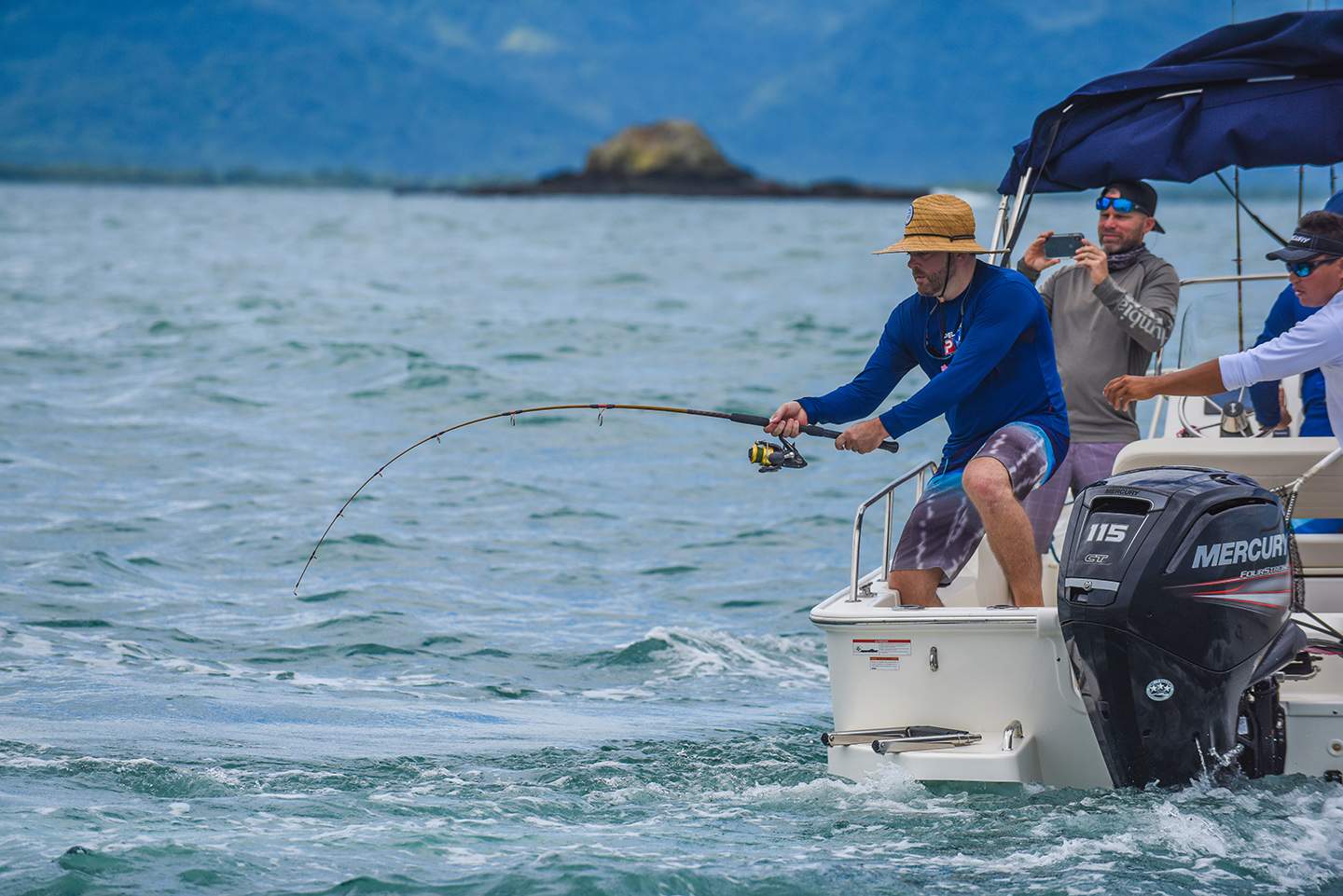 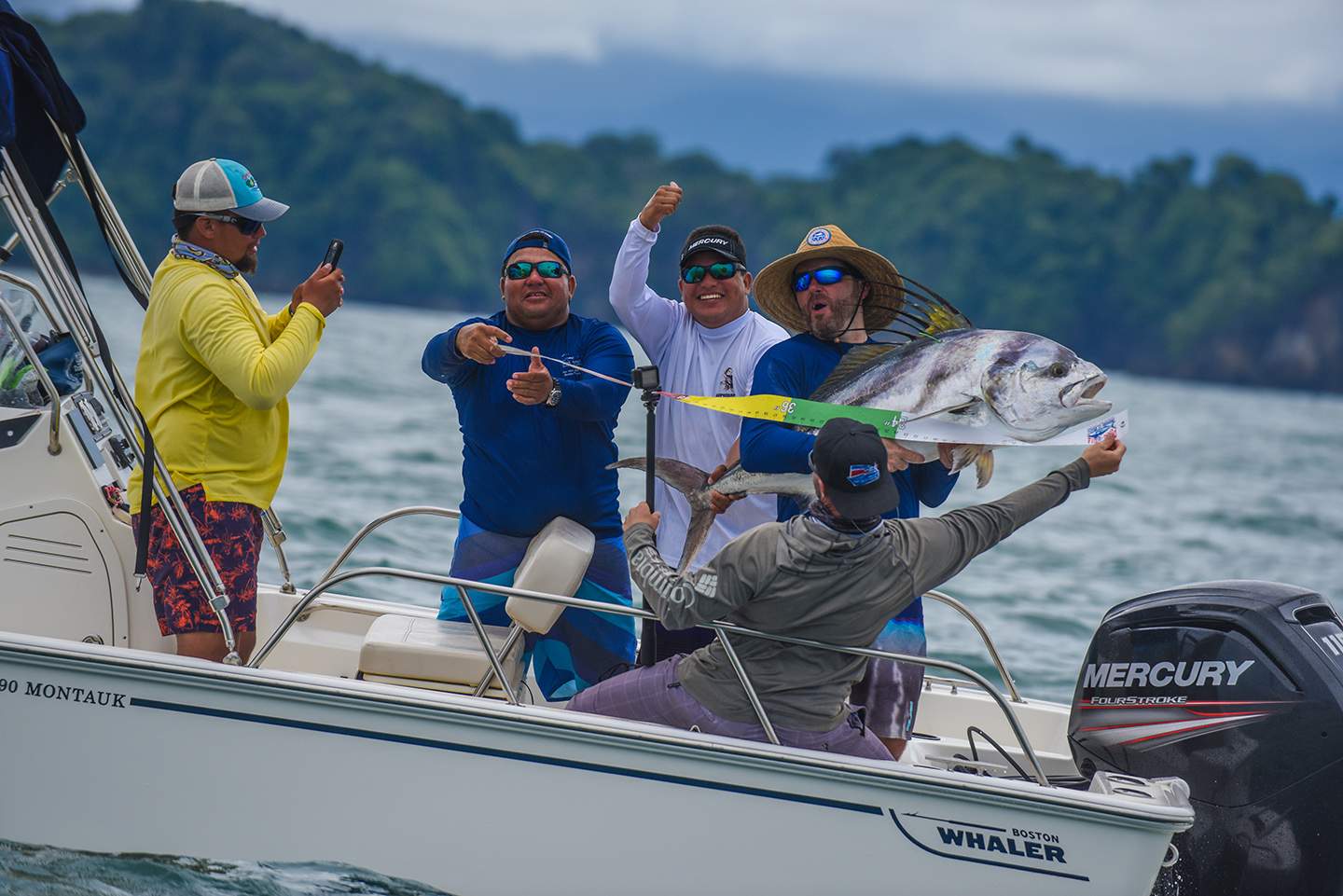 Chloe Frijole was awarded the third-place roosterfish release division trophy with a score of 400-points.

The Inshore Slam Division allowed teams to score points by weighing a three-fish total of a wide variety of Costa Rican favorites, with a two-fish maximum per species category, and a five-pound minimum. Snook and snapper were the main targets, while jacks, corvina, grouper, and much more rounded out the catch.

Awarded first-place in the slam category was Dream II . This team scored a brace of snapper weighing a cumulative total of 34.0 lbs., including the tournament’s largest cubera snapper at 26.8 lbs. Their top finish earned them $1,950.

A solid cubera snapper hits the scales for DREAM II 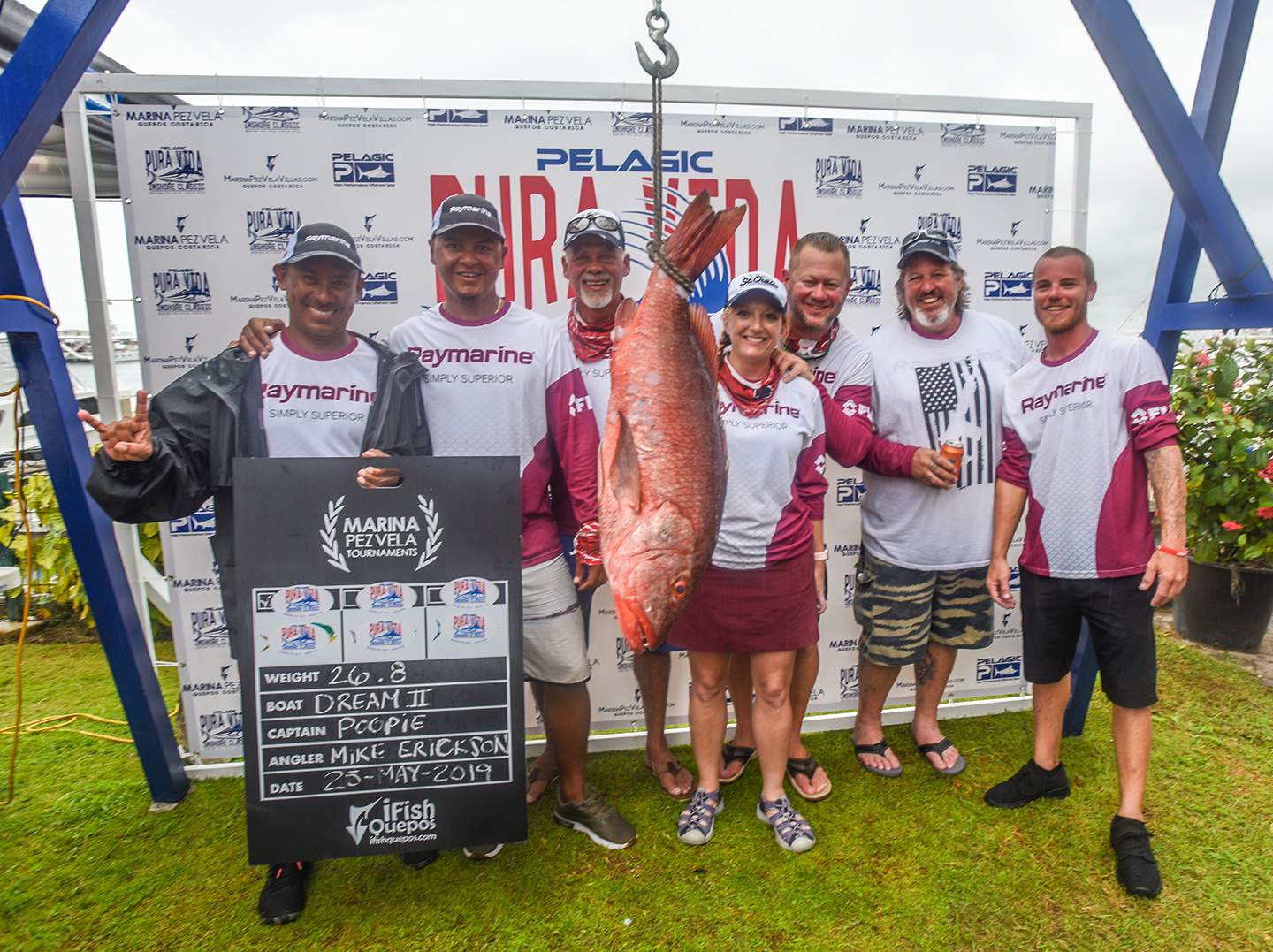 They "Hatta Dream" and it came true... 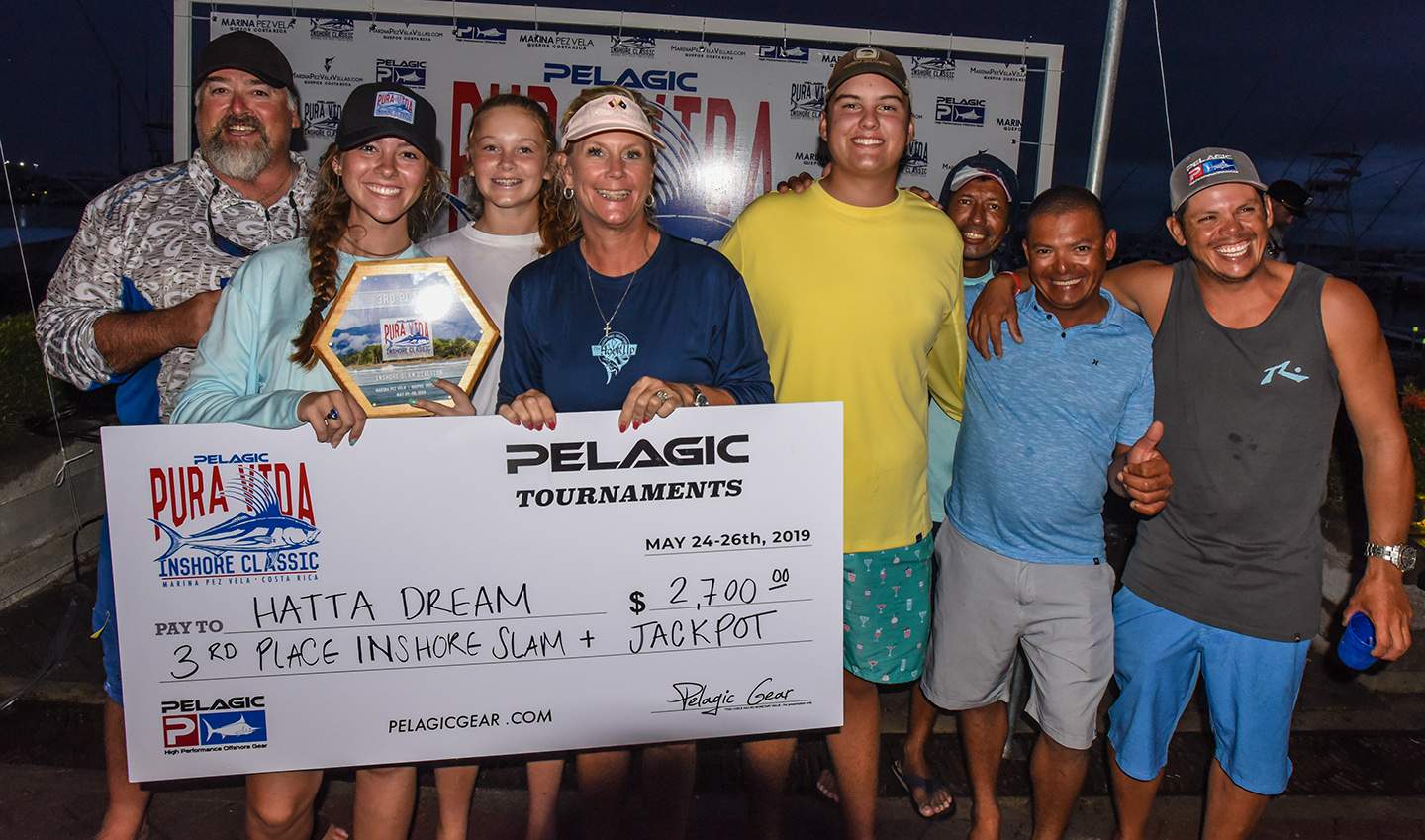 The kids are alright... good vibes supporting the next generation of anglers 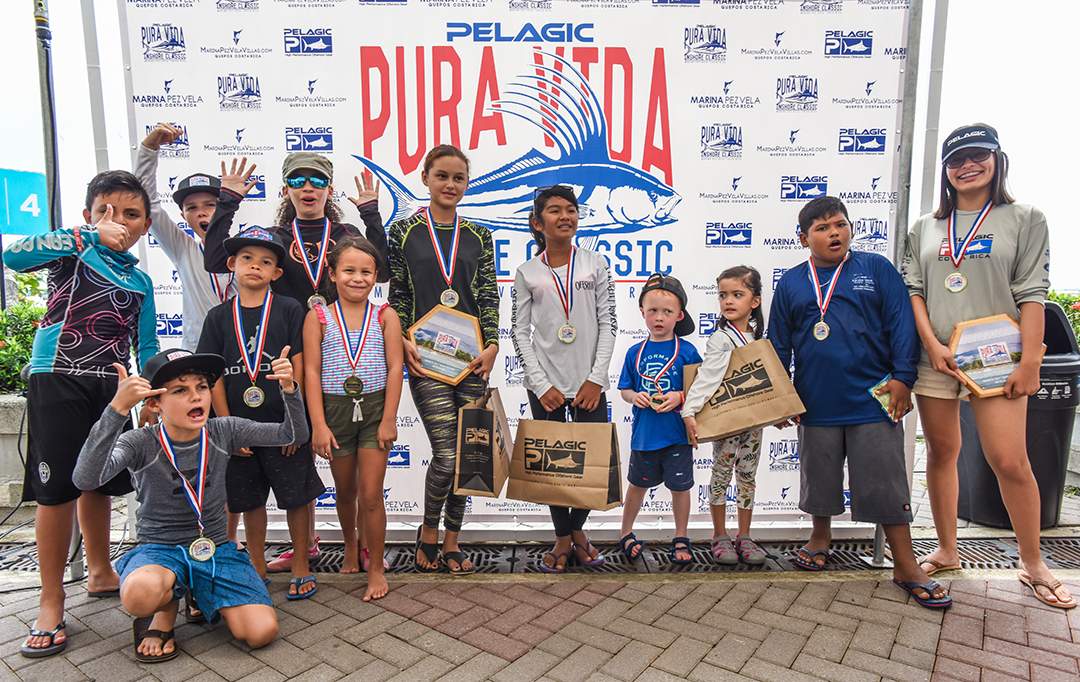 Smiles were had by all as each jr. angler caught multiple fish ranging from small snappers & groupers, to hard-fighting jacks & roosterfish, and toothy sierra mackerel. Every participant was awarded participation medals, while trophies were awarded to first, second, and third place teams. 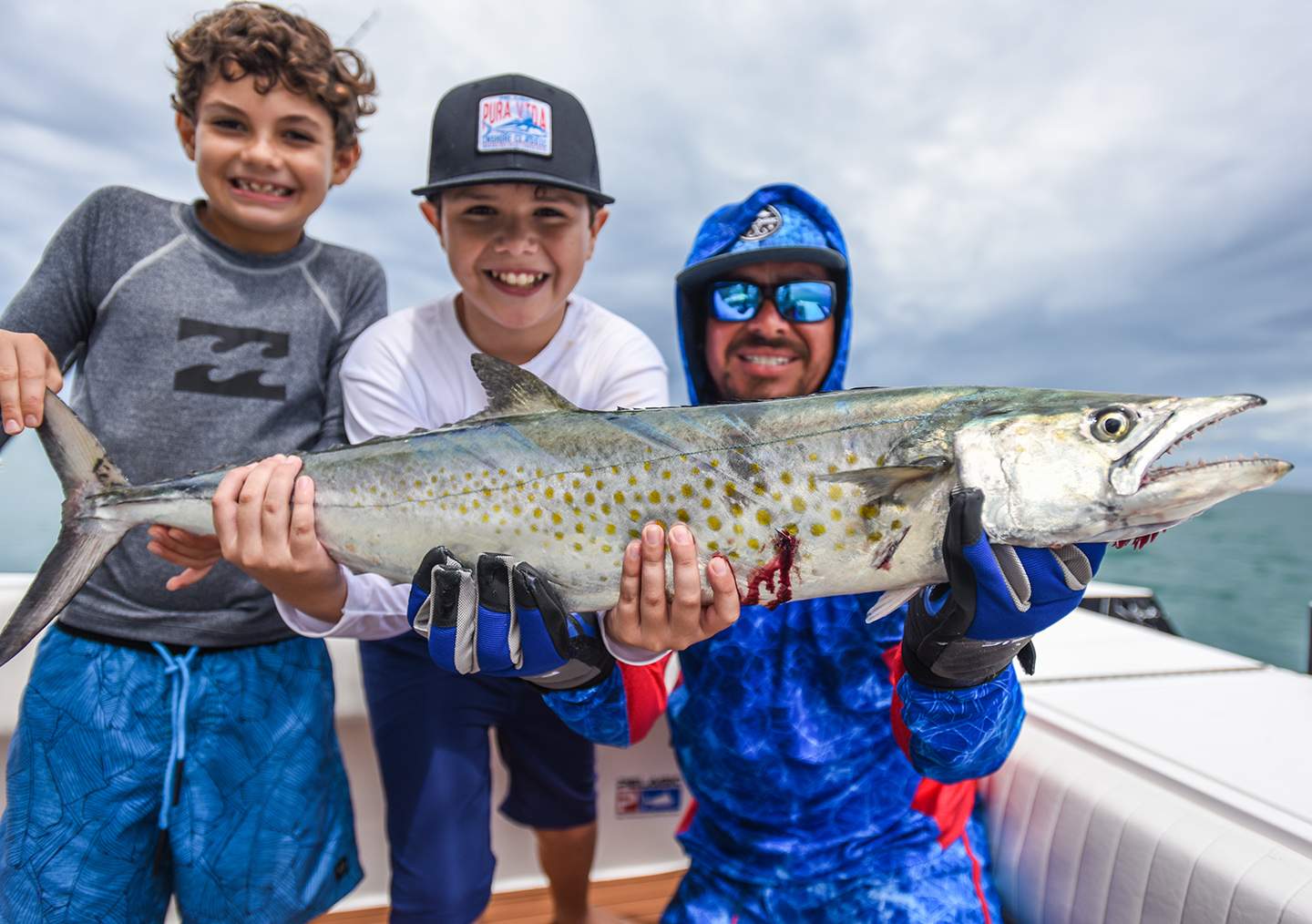 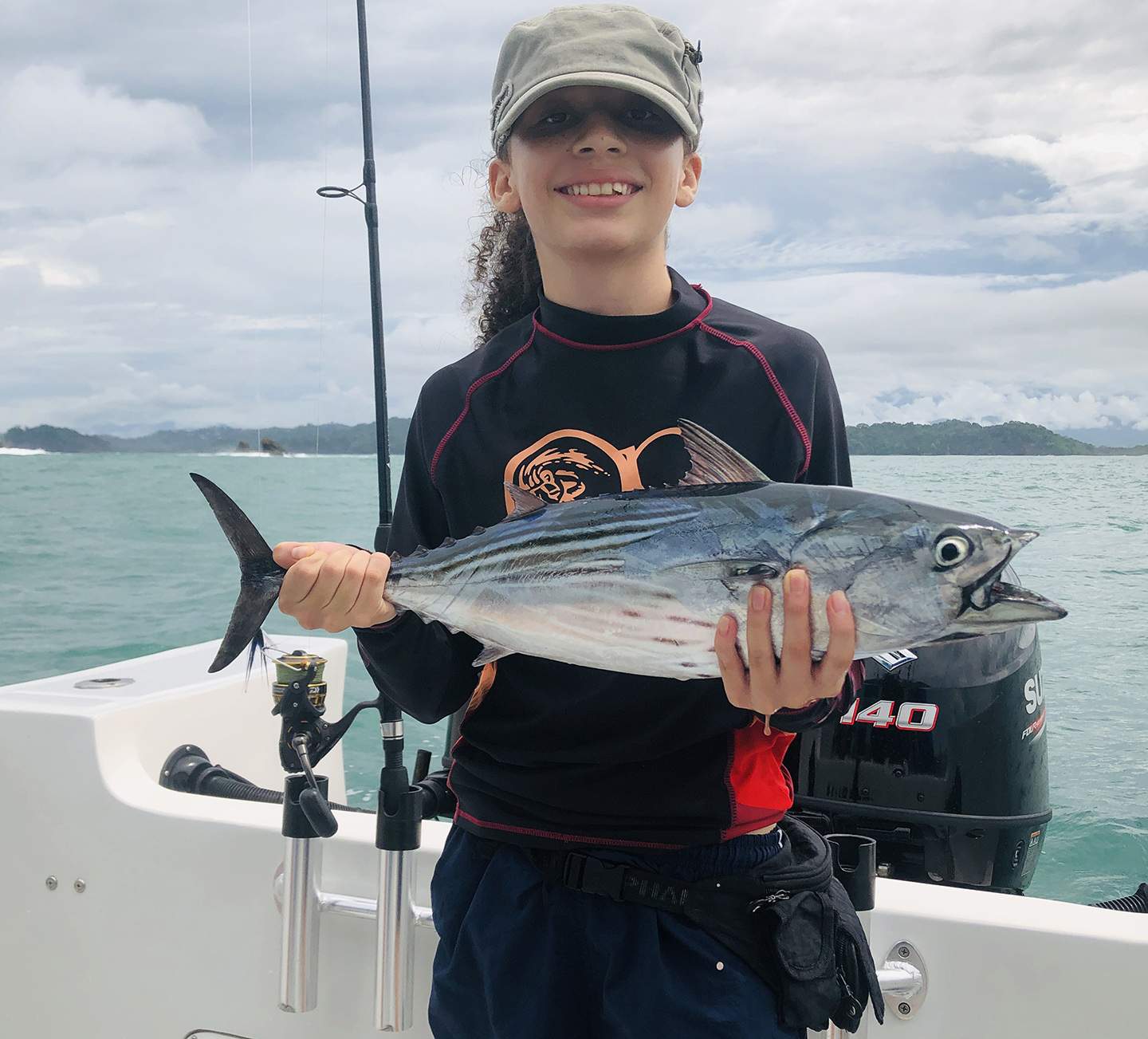 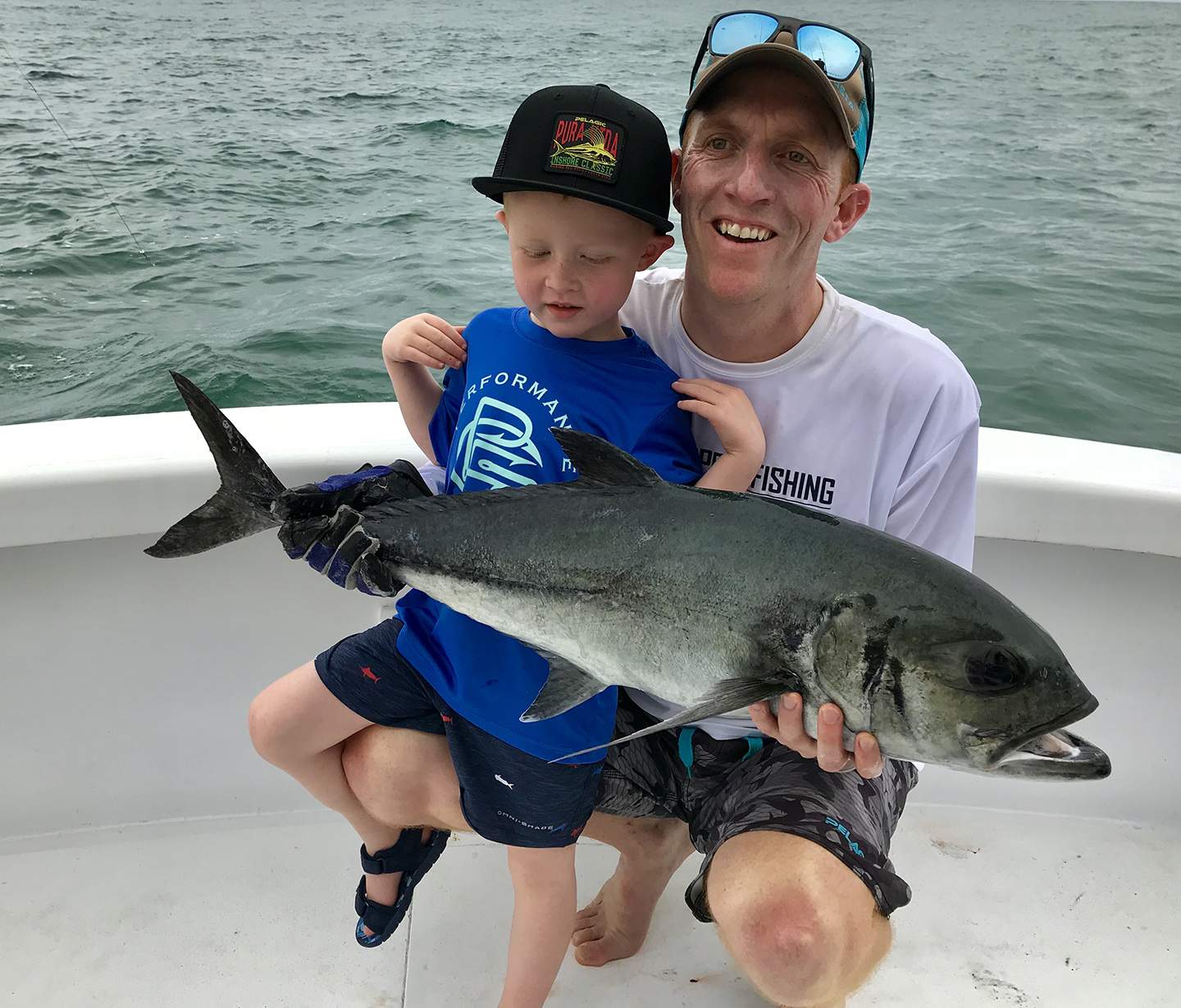 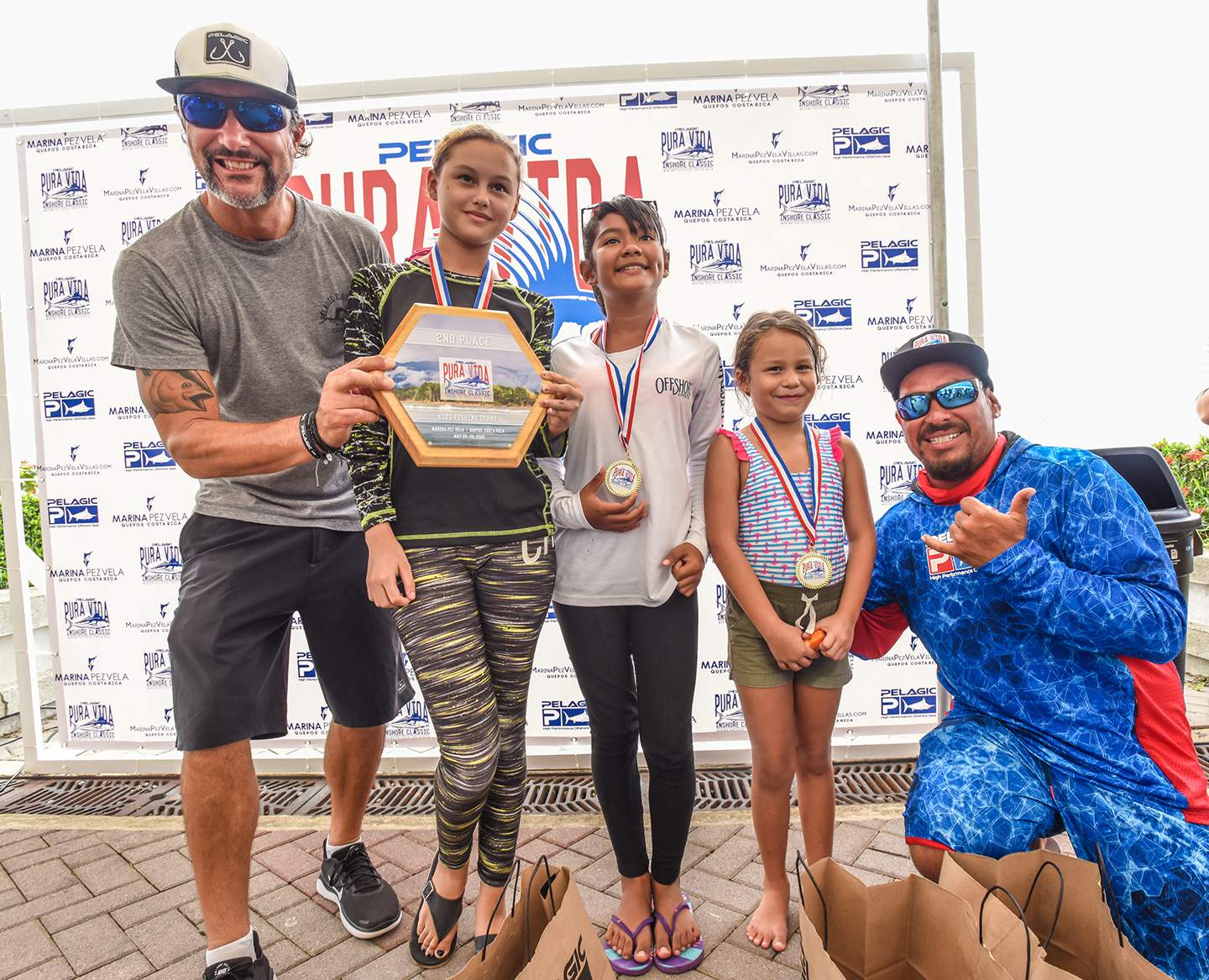 Huge thanks to Marina Pez Vela for providing an incredible tournament venue, as well as iFish Quepos, Z Gastro Bar, Double Hook Bar & Grill, & Flor de Caña in adding to the exciting atmosphere. We hope to see you at the 2nd Annual Pelagic Pura Vida Inshore Classic next Memorial Day Weekend – May 22-24, 2020! 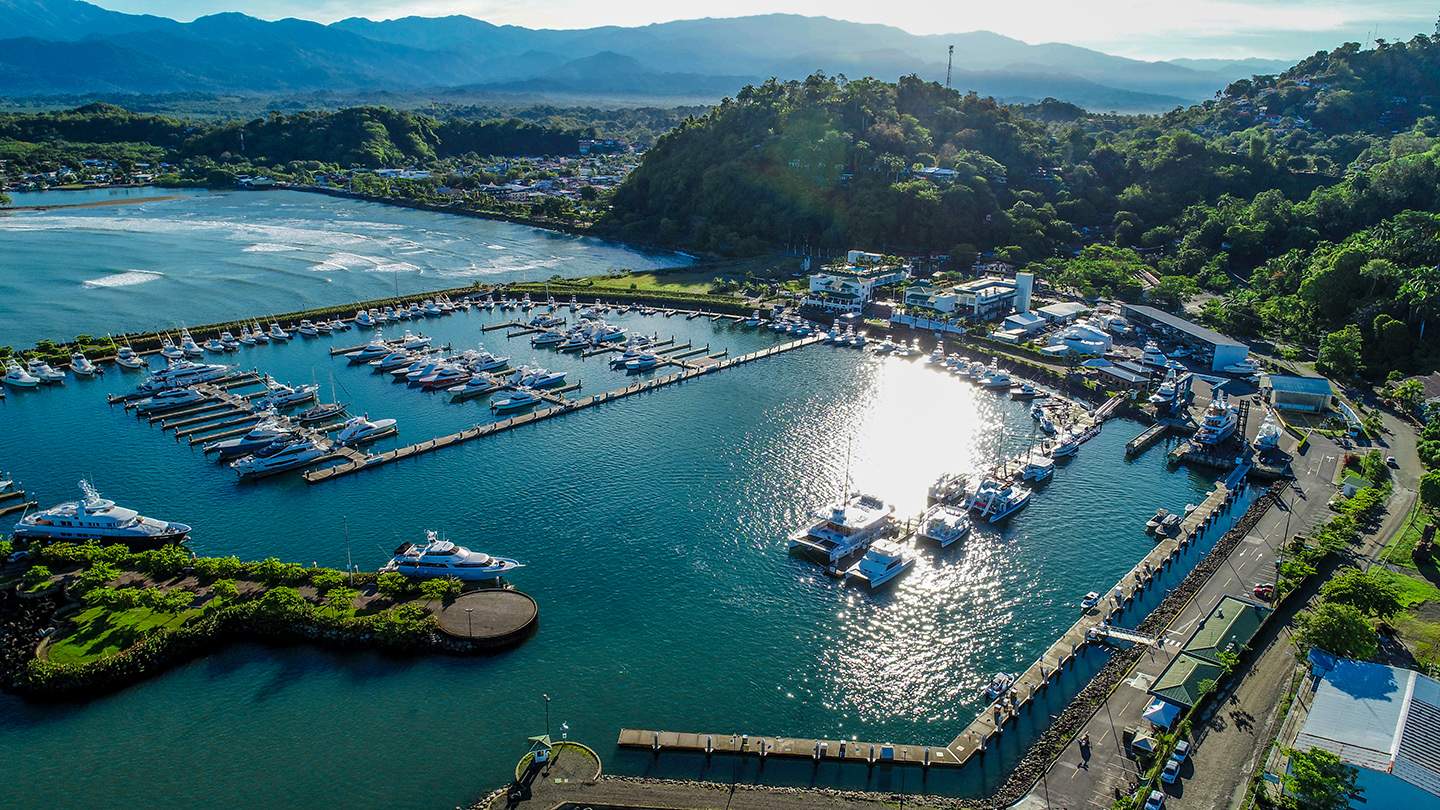