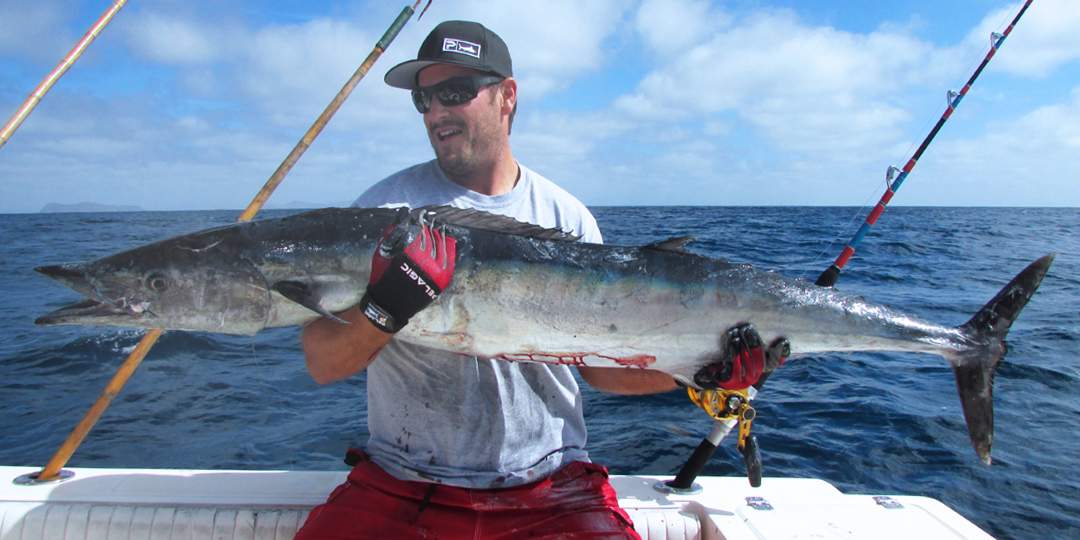 The unprecedented "El Niño" season of 2015 continues off [Southern California]. So far in this young month of October, the exceptionally warm seas are bringing more and more wahoo into California state waters, and concurrently, more and more reports of these tasty exotics have been reported being caught close to home. There have also been a few large blue marlin in the mix... Something that can only be said for a handful of recorded years in California's sport fishing history.

On a straight wahoo/marlin mission aboard DROP BACK with PELAGIC Pro Team Captain Bob Woodard, we managed to put a thick 53-pound ono on the deck, weighed-in officially on the scales of San Diego's Marlin Club. The time is now... get out there and get some during this season for the record books!