Searching the World on the Fly - Part II 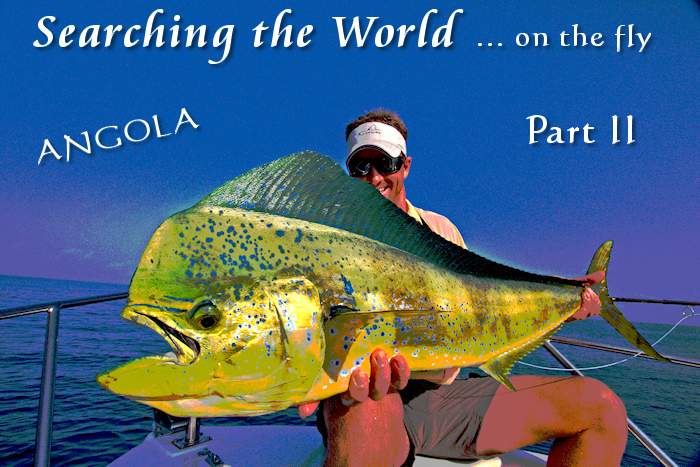 In South-Central Africa where the Atlantic Ocean meets the coast reside the Republic of Angola. The coastal habitat present allows for a great variety of Pelagic and non-Pelagic fish along its great coast. Large beautiful Dorado and vicious Silver King Tarpon can easily be caught in the same day. Overall these waters contain a fantastic fishery, despite mass commercial fishing both foreign and domestic.

Below: Bordering the South Atlantic is the Republic of Angola ... 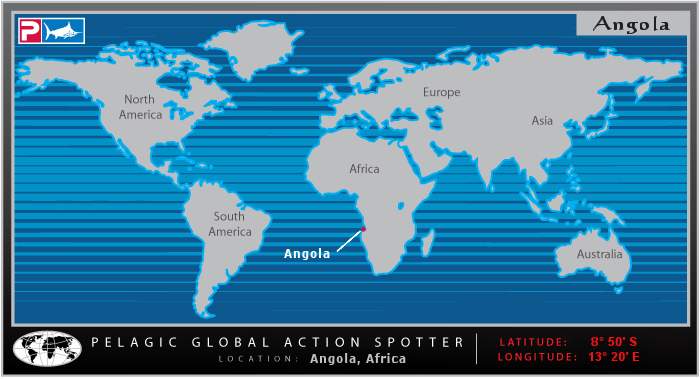 Angolan Beauty and their Monsters!

The Waterman's Journal is always on the lookout for the fish and fishermen that provide us with stories and pictures that consistently keep you in awe. Thanks once again to the great FlyCastaway crew, we are able to see what it is like to be living the life hunting down some of the worlds most elusive fly species in locations unheard of by many. This is pictorial of their Angolan Adventure...

Below: Arno convinces a large Jack Crevalle to take a fly... 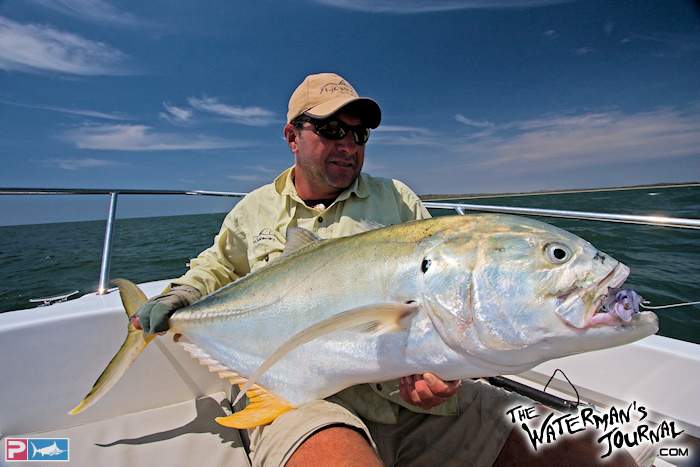 Below: Gerhard lands a brilliant lit up Dorado from the waters of Angola. 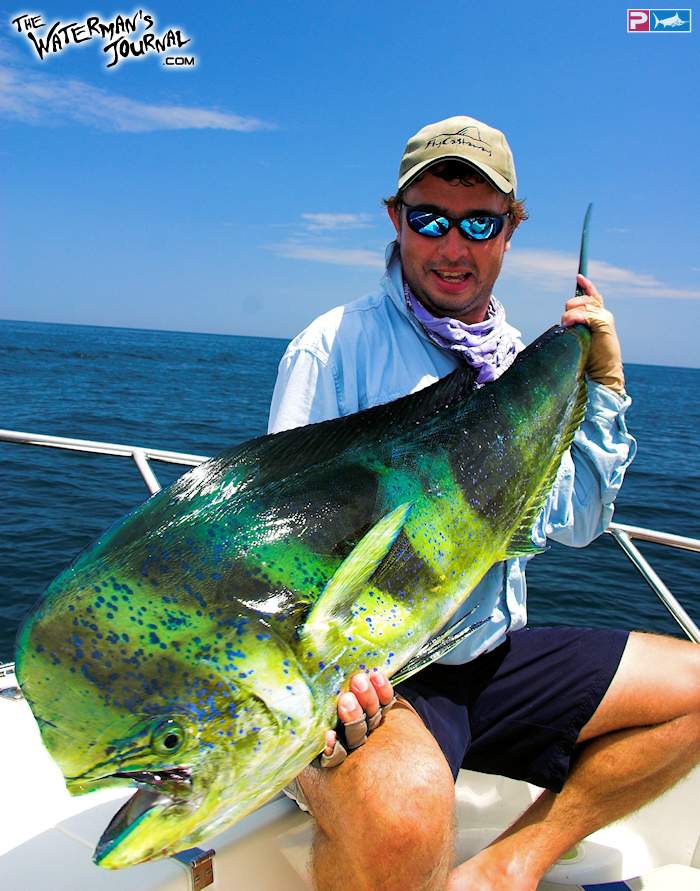 Below: Arno is hooked up on a flying Mahi . These master acrobatics are a pleasure to experience on the water. 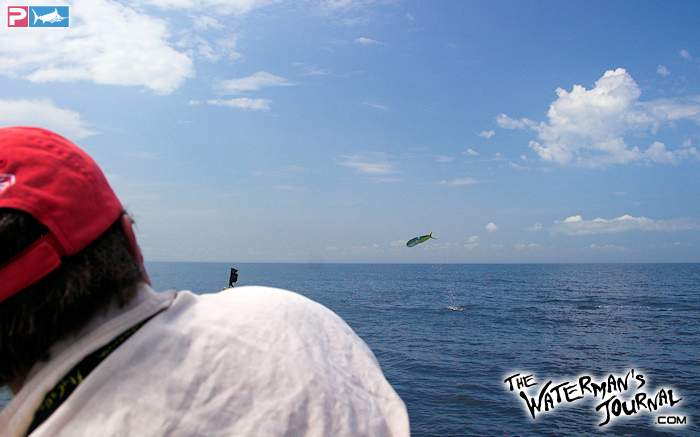 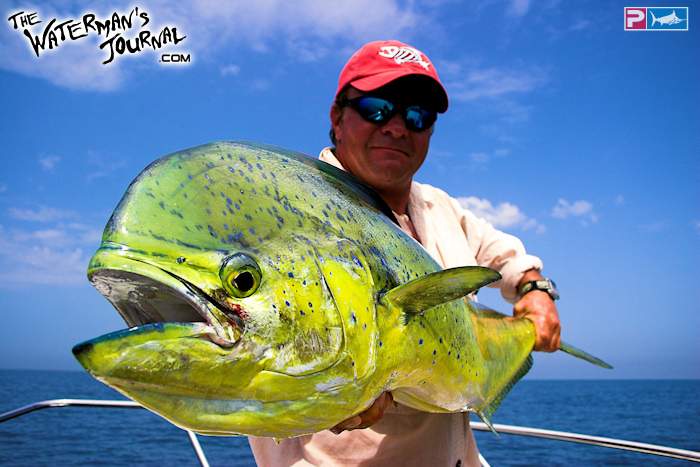 Below: Keith gets into the action as well and these beautiful Dolphin . 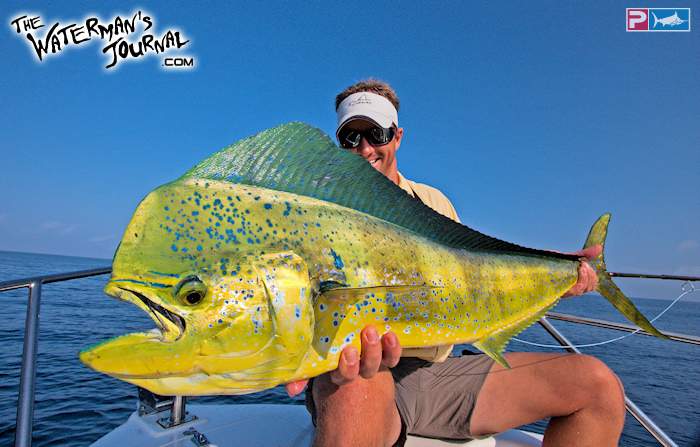 Below: Gerhard bangs out another most beautiful specimen. 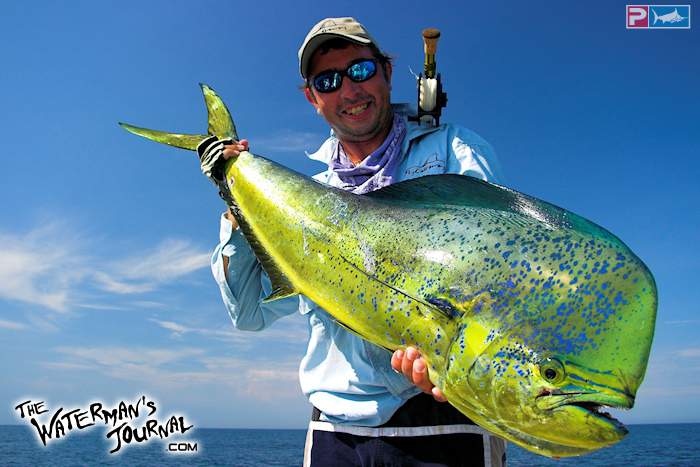 Aside from the great Pelagic fishery consisting of Dorado and other vicious predators, the inshore waters off Angola provide another treat for thrill seeking fishermen. It may be one of the worlds best kept secrets but truth is Angola has a superb Tarpon fishery. Tarpon are often found crusing the southern Atlantic and make their way along the nearby coast. With great weather conditions, it provides a fantastic opportunity at targeting these silver kings on the fly. It is here that the Flycastaway crew explores and combats in a new battle.

Below: Gerhard gets hooked up on a Tarpon falling prey to the fly 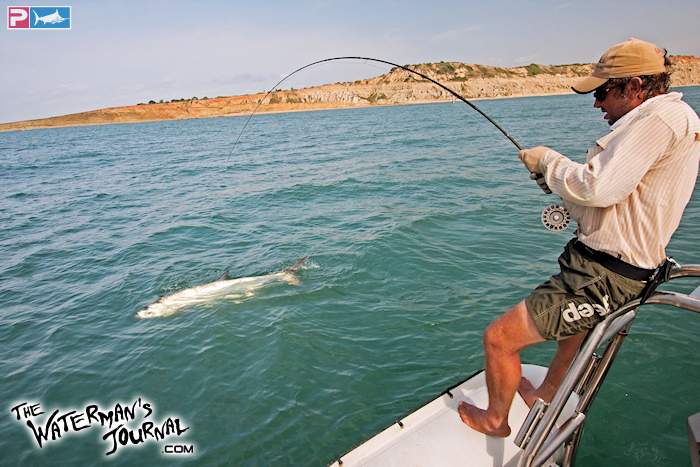 Below: Here, Gerhard is hooked up again. This time a massive beast providing an aerial show that rivals the several Dorado they slayed before. 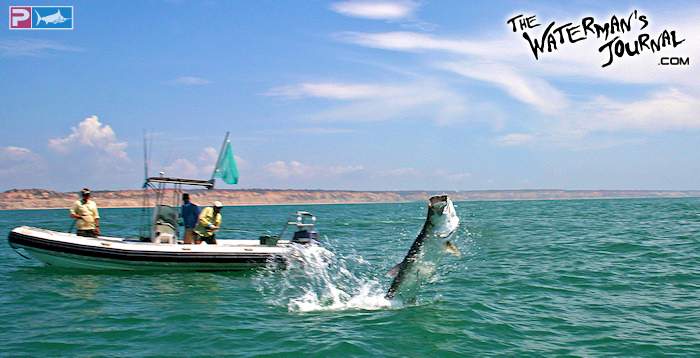 Below: Malcom is hooked up and after a hefty battle, he nearly has his fish in. 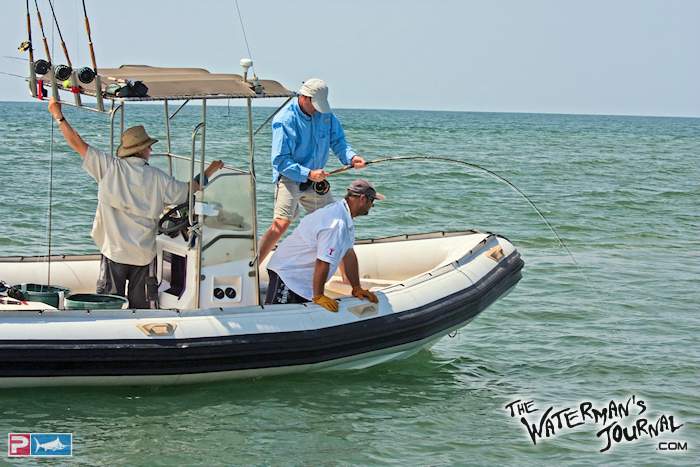 Below: Another beautiful Tarpon , released after a couple photos. 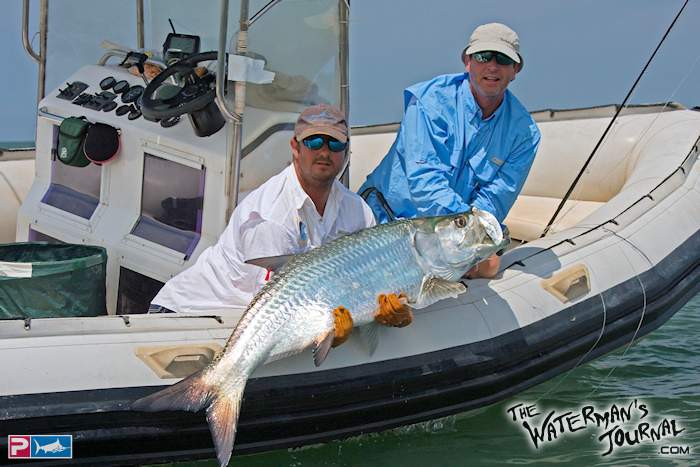 Below: The waters right along the surf is full of bait and predators. Amongst these roam giant Tarpon like the one landed by Rob 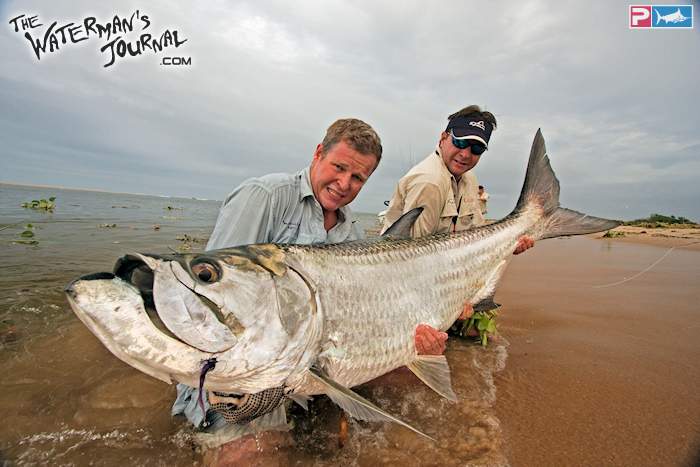 Below: Rob gets hooked up and does battle yet once again. 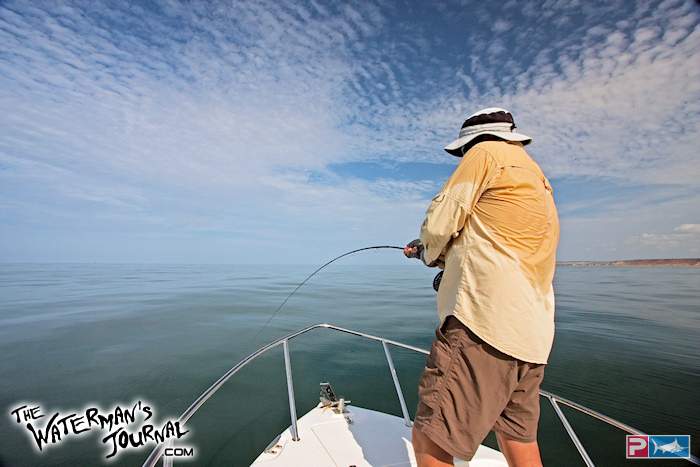 Below: If fought properly, the reward is being able to hold and release one natures most elusive predators 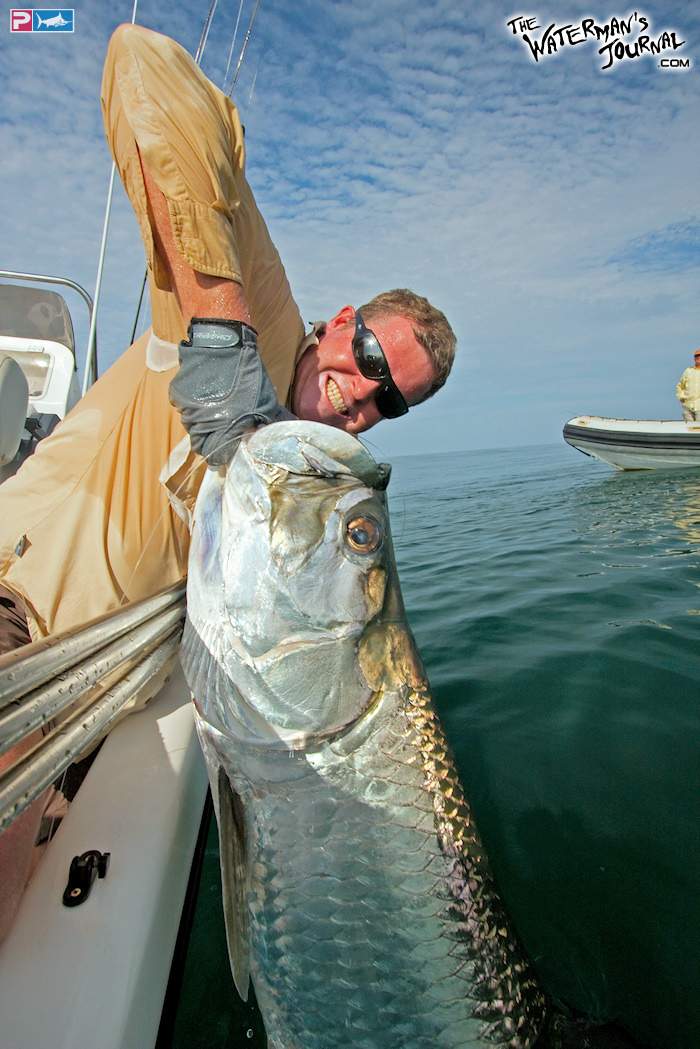 Below: Angola is truly unique in it's coastal structrue and marine habitat. A great variety of gamefish can all be found off the coast and the dreams of the angler can be reality if an individual takes a long journey to this pristine fishing location. 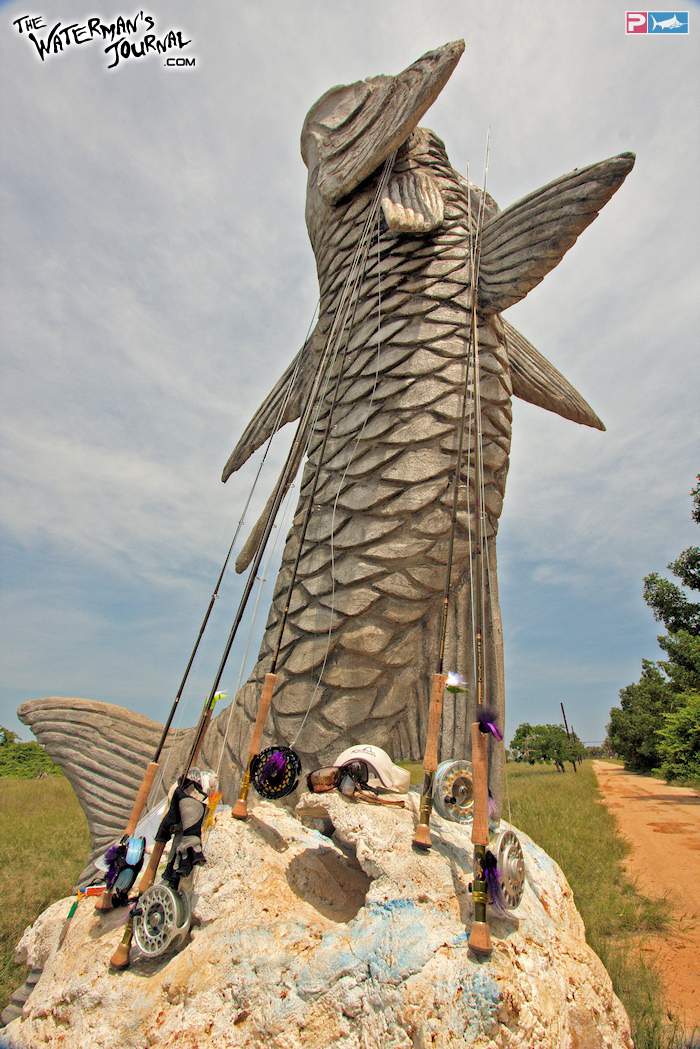