Ahhh, Costa Rica… What a place! Friendly people, dramatic scenery, and incredible fishing are undoubtedly the reason why many travel to the tropical Central American country year after year. And, it’s for this exact reason why PELAGIC hosts its annual Triple Crown of Fishing Tournament each December at world-famous Zancudo Lodge, located on Costa Rica’s southern, Pacific coast.

The month of December marks the end of “rainy” season (although an afternoon shower isn’t uncommon year round) and typically the start of peak fishing off Costa Rica’s Gulfo Dulce and Osa Peninsula. The river flows have subsided with the lessened rain fall and currents typically swing closer to shore this time of year, bringing an influx of baitfish and forage to the coastal waters for gamefish to prey on.

BELOW: Frigate birds skybomb from above while frenzied yellowfin tuna crash on bait from below 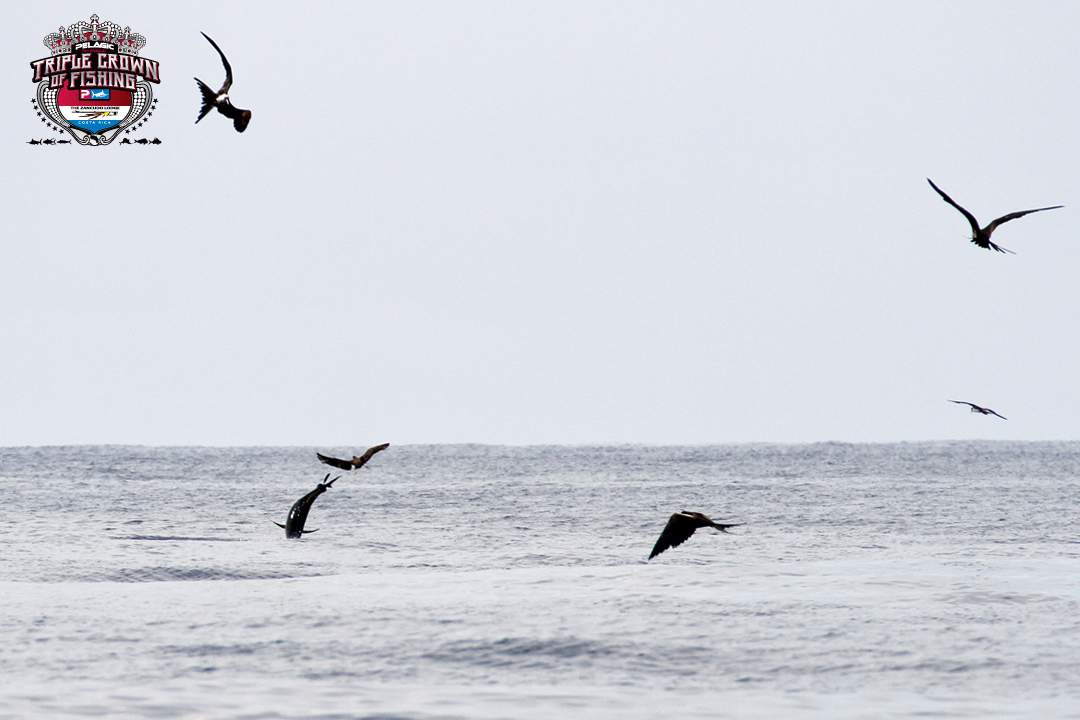 The Pelagic Triple Crown of Fishing is a multi-species tournament covering the broad range of offshore and inshore gamefish that are abundant in Costa Rica’s fertile Pacific waters. Teams score points by releasing marlin or sailfish offshore (Billfish Division) and roosterfish inshore (Roosterfish Division), while weighing in a combination of tuna, wahoo, and/or dorado (Gamefish Division) each day. First place in a division = 500 points; Second place = 300 points; Third Place = 100 points; Fourth Place and below = 0 points. 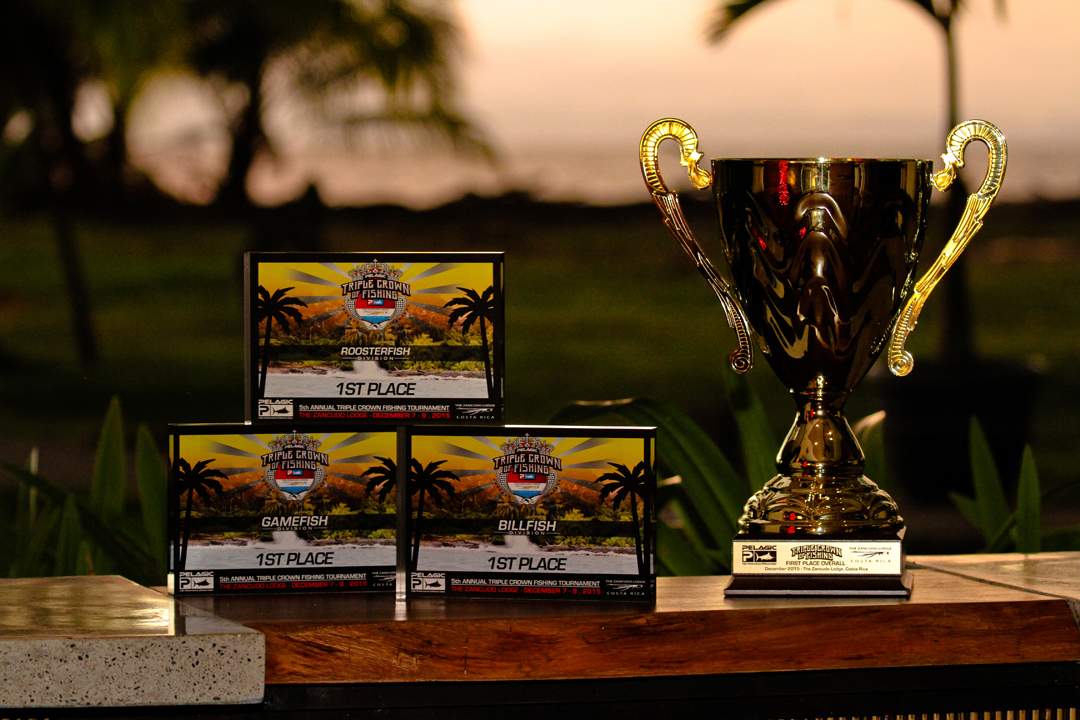 Offshore, blue marlin and large Pacific sailfish congregate around current breaks, ridges, and sea humps, on a constant hunt for food. Not far off, mixed-sized yellowfin tuna run with porpoise that have found large areas of water holding bait. Find these areas, and you are sure to have a great day on the water, with a chance at landing 100+ pound tunas, acrobatic marlin and/or sailfish, and add in a dorado or two for some color. Trolling a typical billfish lure and ballyhoo spread will work for most species listed, while presenting live bait around porpoise pods could tie you into a lengthy battle with yellowfin tuna. 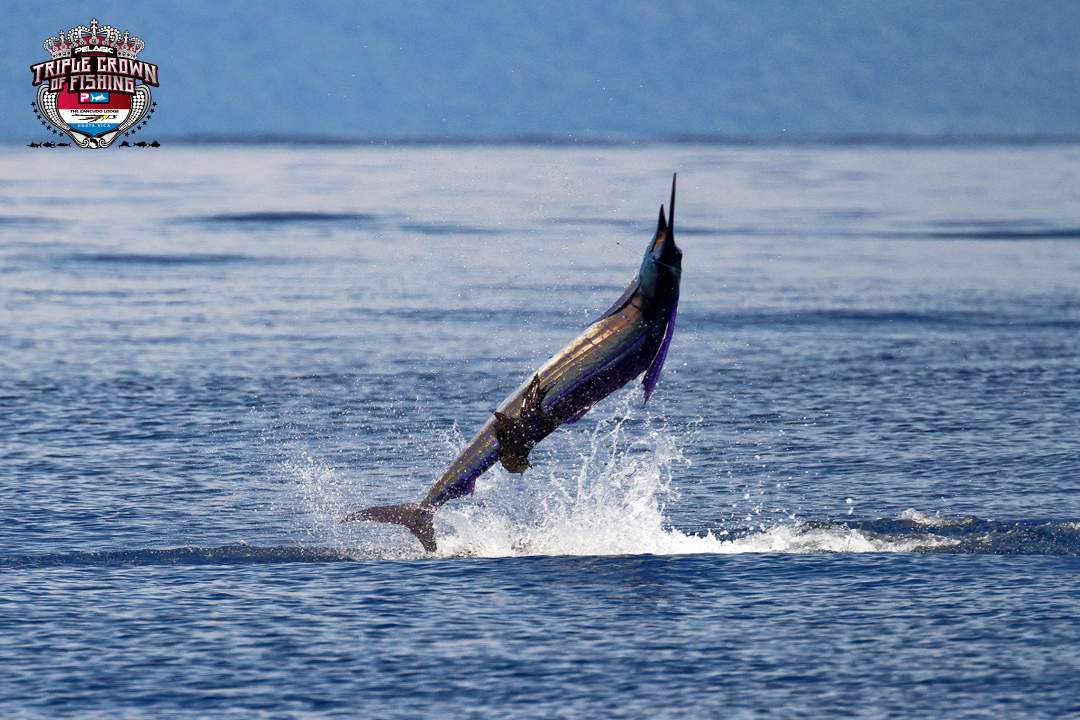 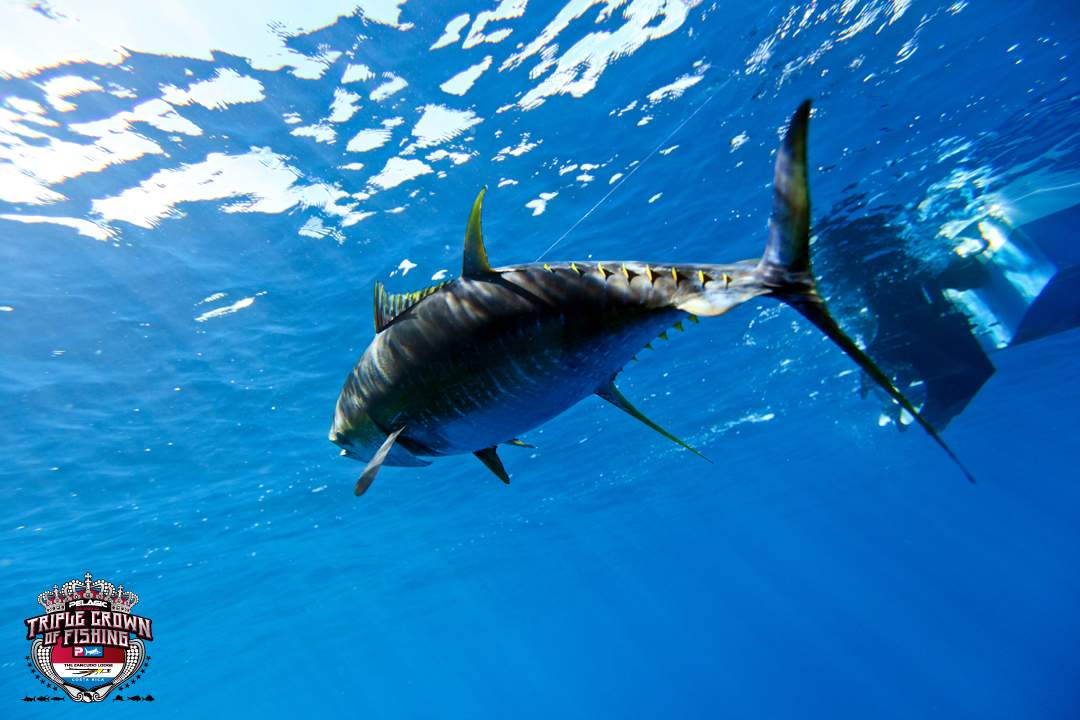 Inshore – where warm, aquamarine water laps onto white sand beaches or rugged reefs, and cascades into lush, tropical rainforests – hungry roosterfish patrol the shoreline. Slow trolling a healthy threadfin herring or blue runner offers the shot at a trophy “gallo” to over 50-pounds (photographed and released, of course), and it is not unheard of to release double-digit numbers of fish in a mere few hours. Joining the party on the coast, anglers trolling bait or throwing surface poppers can also encounter cubera snapper, jack crevalle, blue star trevally, barracuda, and large needlefish – just to name a few.

BELOW: Lindor's Rock... A hot spot for hungry "gallos" | Roosterfish are one of many inshore species anglers encounter along Costa Rica's tropical coastline 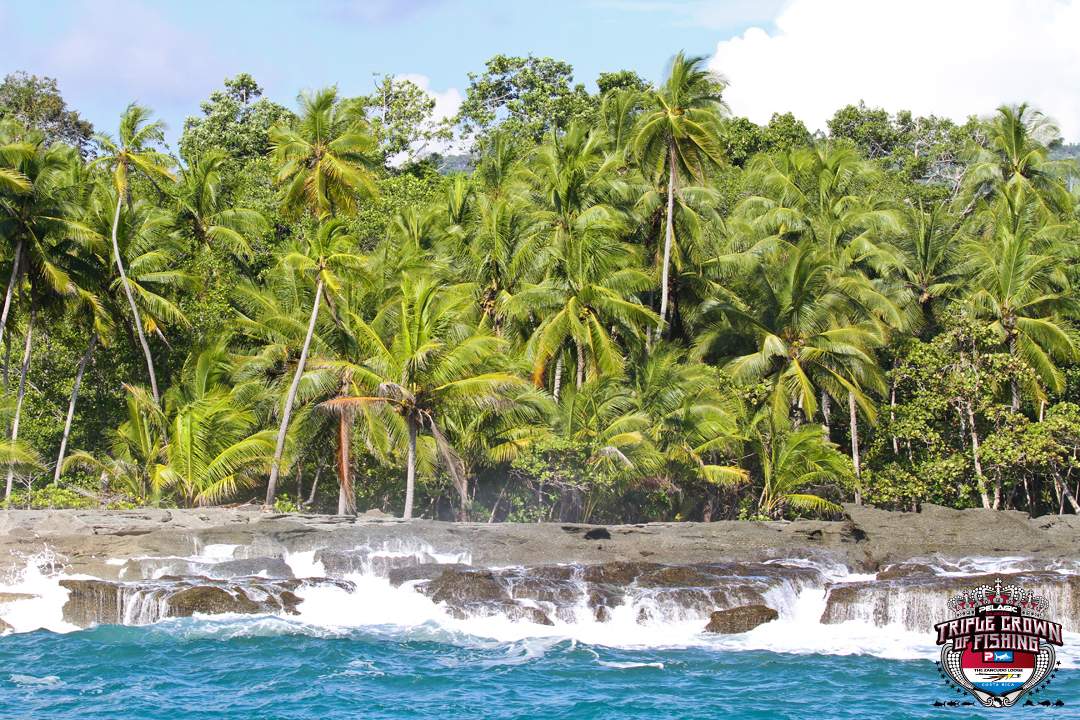 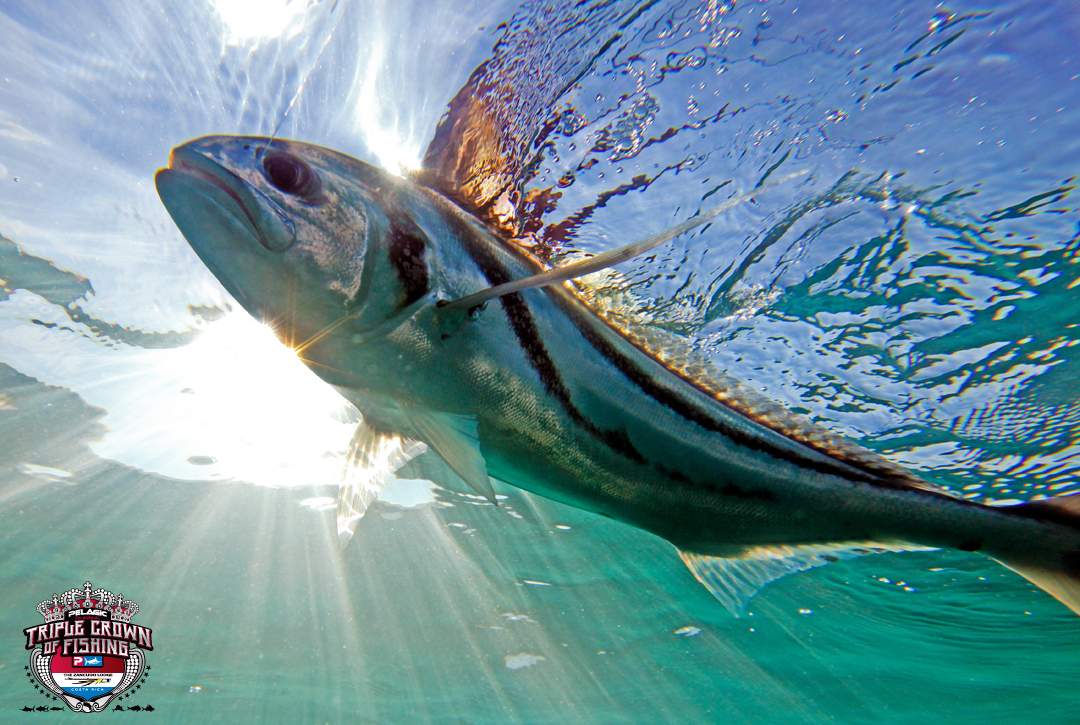 The fifth installment of the Pelagic Triple Crown took place December 7-9, graciously hosted by the luxurious Zancudo Lodge, and provided anglers with steady action throughout the three-day tournament.

On the offshore front, most teams were able to score at least a billfish release per day, with more marlin scored than sailfish, believe it or not. Sailfish offered 100 points, while blue marlin gained teams 300 points towards their divisional total. In the end, it was Team DENVER that took top Billfish honors with two blue marlin and a sailfish release.

The Gamefish Division got interesting on the final day of the tournament, when miles upon miles of extremely mixed-grade tuna were spread wide amongst porpoise and bait balls. The micro-tuna of 5-10 pounds would bite with reckless abandon, but much larger fish could be seen all around, launching fully out of the water in intense and dramatic fashion. Getting them to commit to bait or trolled lures was a different story…

Team MILLER TIME ended up weighing in the largest tuna, a 71-pound yellowfin that bit a trolled tuna feather, which won them the Gamefish Division.

After all was said and done, and all points were tallied, our champions were crowned: 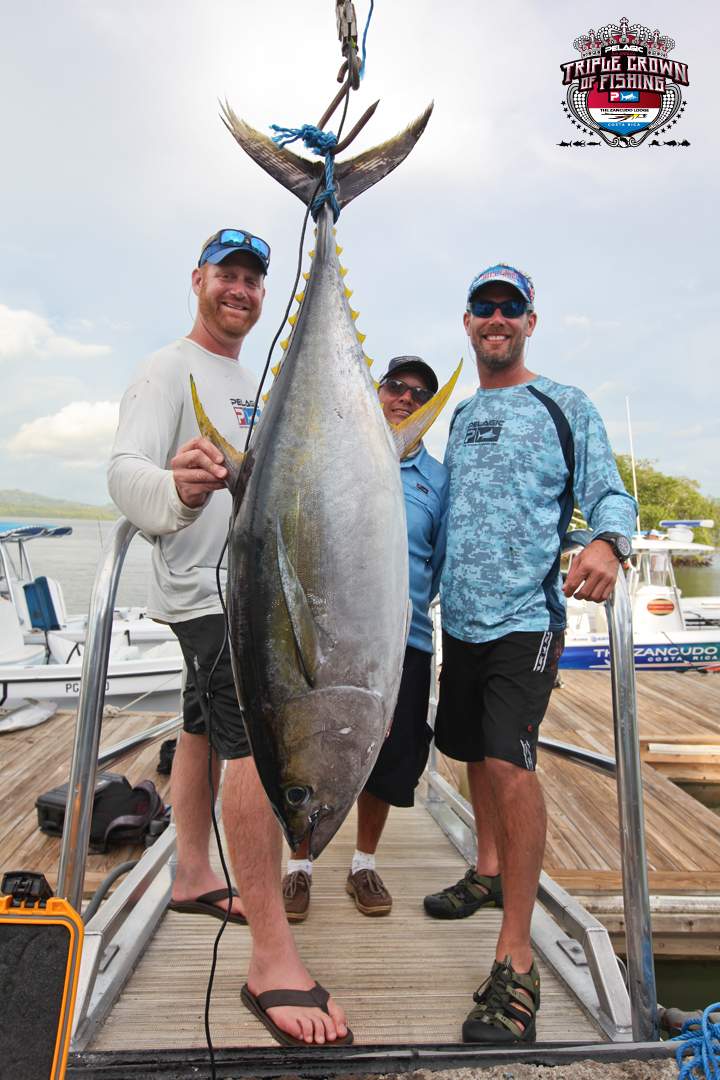 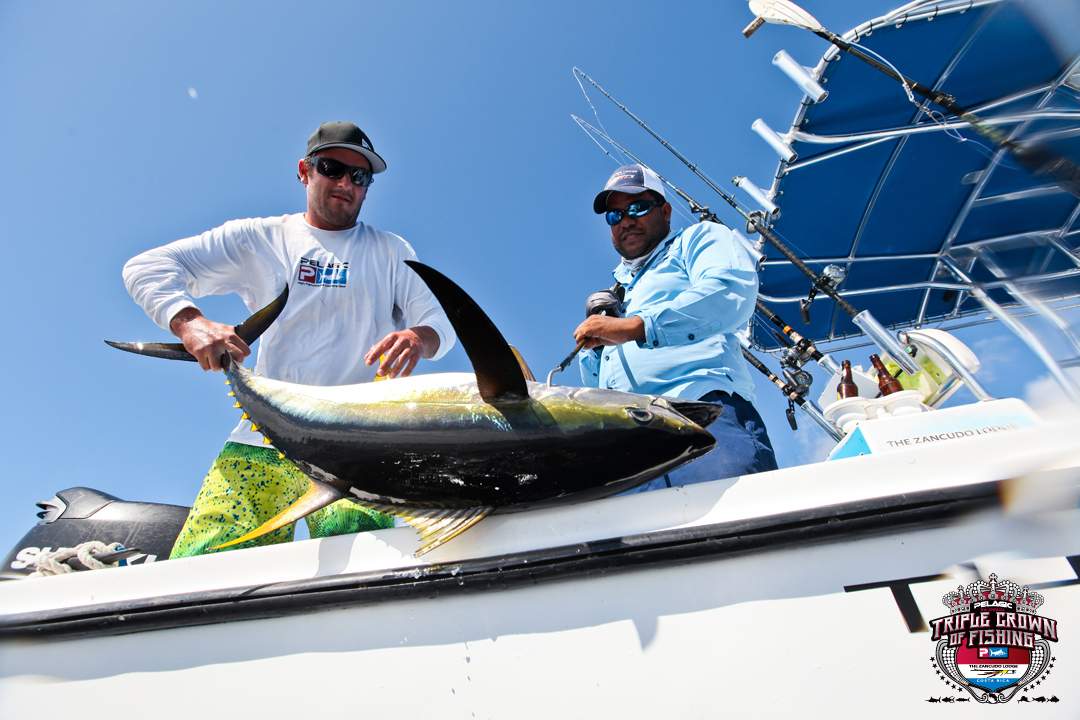 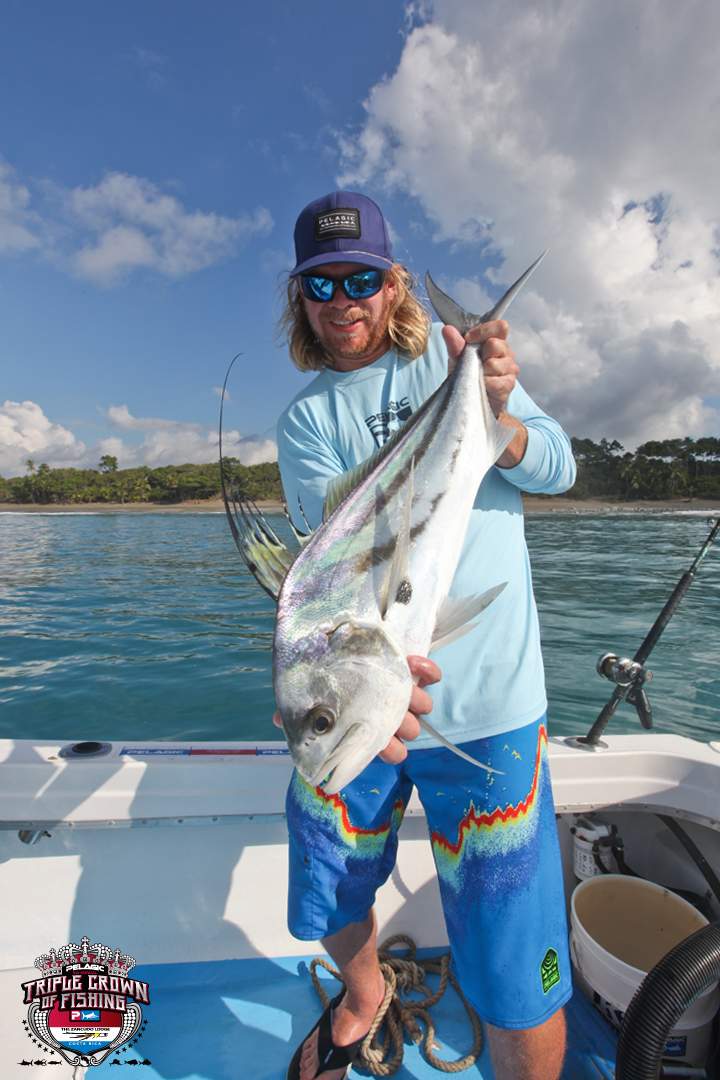 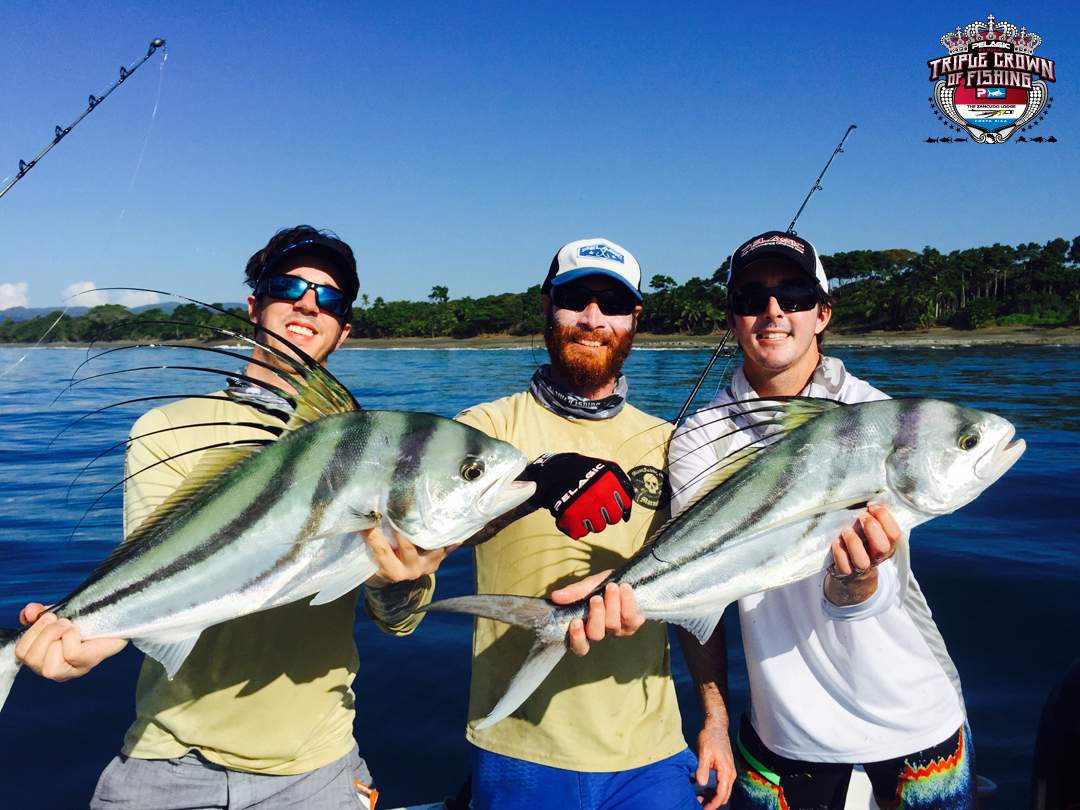 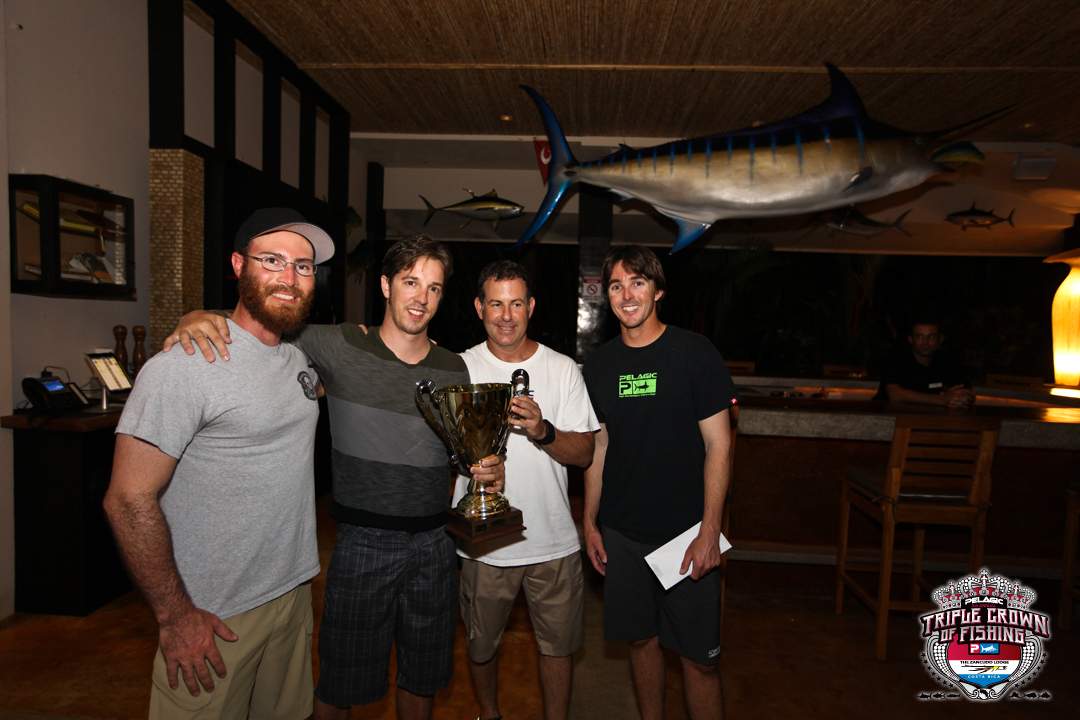 Congratulations to all of our champions! We’d like to give a huge thanks to all of our participants for joining us at this fun, yet competitive event throughout the years. And a special thanks to Gregg, Goldine, and the wonderful captains and staff at Zancudo Lodge for providing incredible customer service, and, not just a vacation, but the Costa Rican experience. If you’re looking for the ultimate fishing adventure blended with luxury and culture, look no further than the Zancudo Lodge .

We hope to see you next year in Costa Rica… Until then, enjoy the photo gallery below from this year's event. PURA VIDA!