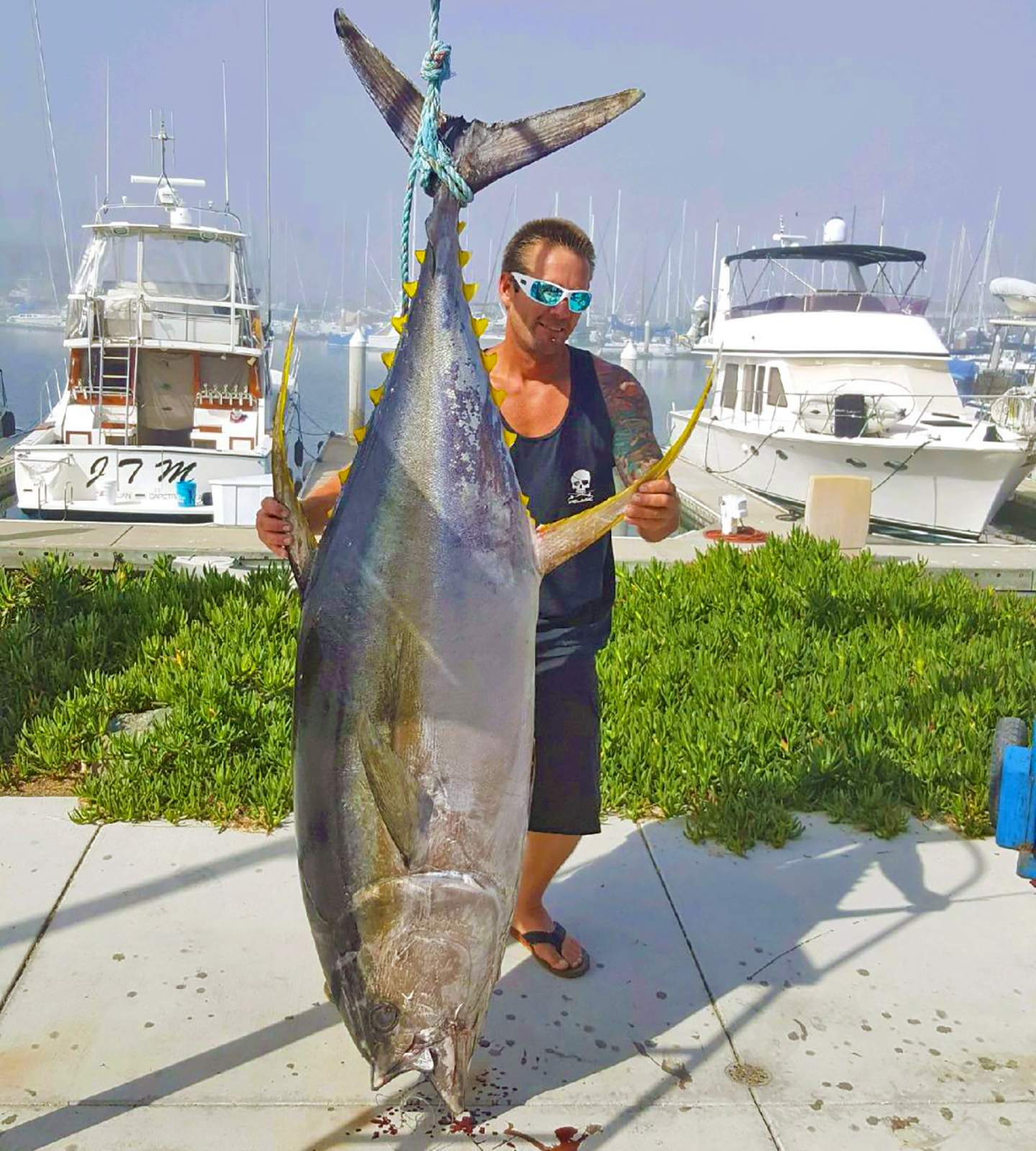 September 28, 2017 - Oceanside, California - Bo Scanlon headed out of Oceanside Harbor and pointed the bow toward the open ocean like he’d done hundreds of times. Scanlon is a commercial fisherman, targeting mostly groundfish on local and outer banks aboard his boat M Too .

“I travel a lot of miles to get to some of the grounds I fish, so many times I’ll put out a troller along the way,” Scanlon said. At about 22 miles out, just south of the 209 Bank, the big marlin lure Scanlon had been trolling got nailed and the reel began to scream with the weight of a big fish.

“I knew right away it was a tuna, but my first thought was that it was a big bluefin that a lot of the boats have been getting and figured I would have to release it per regulations.” Scanlon radioed his friend Josh Lish on another boat in the area and he came over to help drive the boat while Scanlon fought the fish. His commercial boat was full of gear with not much available deck space left to fight a big fish properly, so Scanlon spent most of the time in the same corner of space battling a huge tuna. 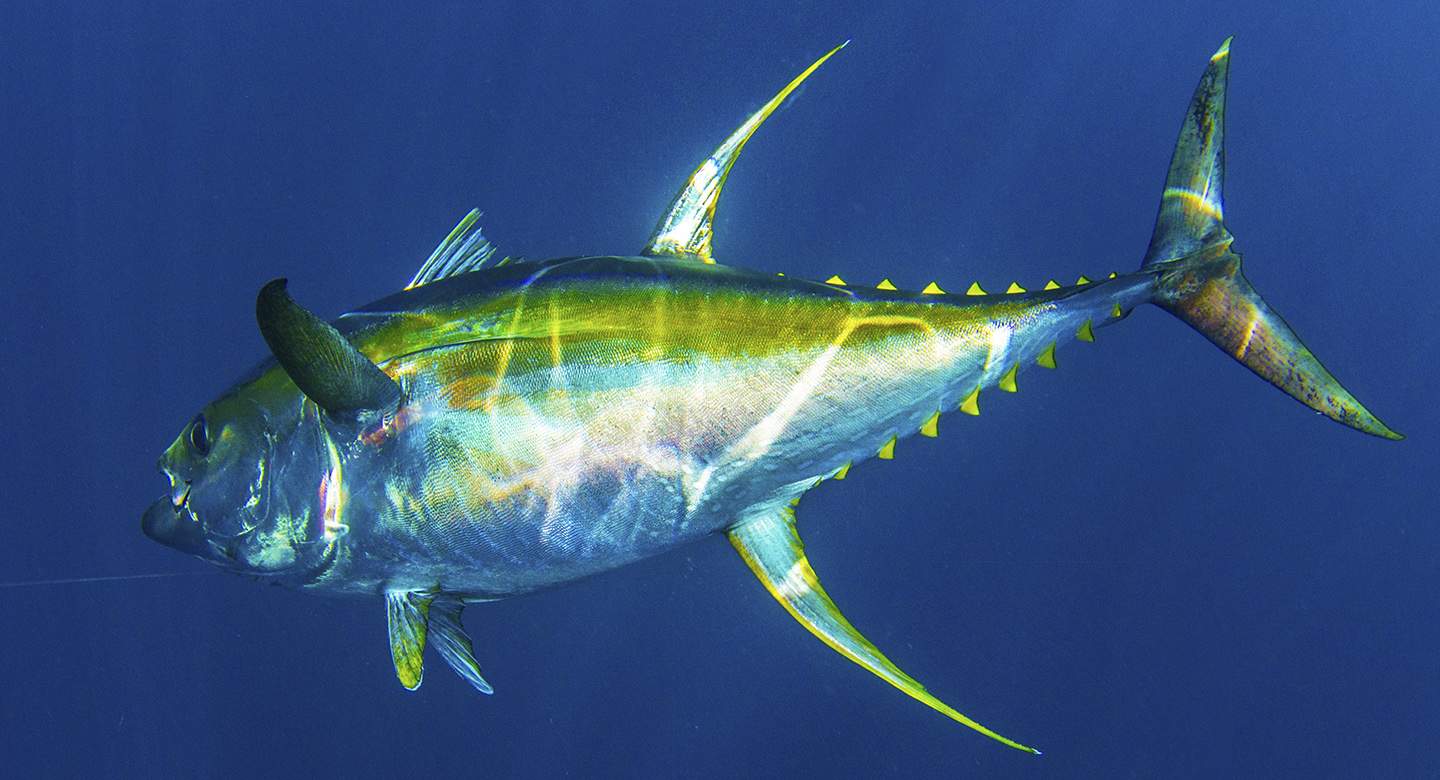 About 45 minutes into the fight, Scanlon decided he would have to release the fish anyway if it was a bluefin tuna, and he buttoned down the drag and took his chances of either breaking it off or getting the fish to the boat. Thankfully, the latter prevailed and once the huge fish was at color he saw the unmistakably large sickles of a huge yellowfin tuna.

After gaffing and getting the fish in the boat, they knew they had something special and headed back in to weigh the fish on an IGFA certified scale. The beast went 265 lbs. on an official scale and if approved would beat the previous California State Record by 26 lbs. – a record that’s stood since 1984. 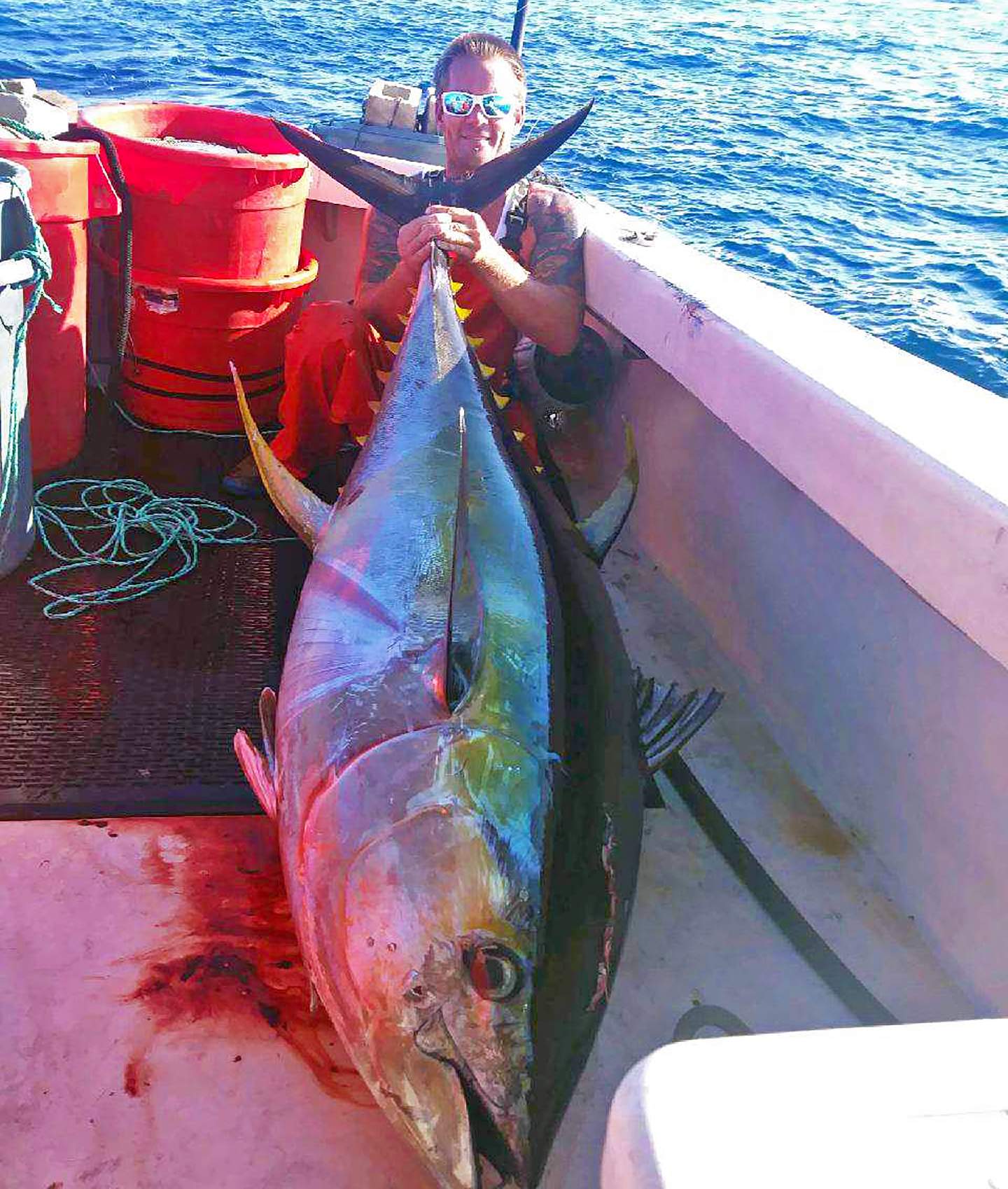