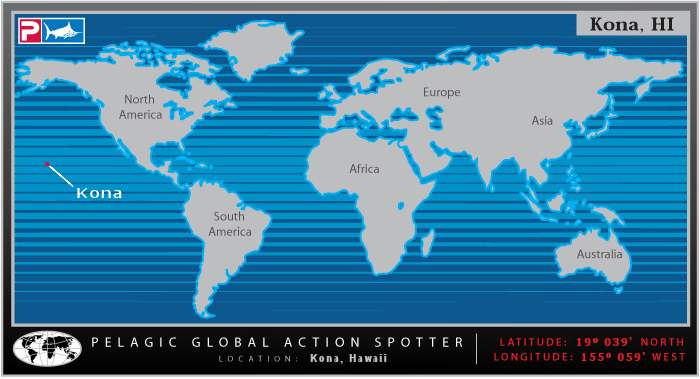 The WJ is happy to have Ryan O'halloran from Monkey Biz II out of Kona, Hawaii to check in with some boiling Marlin reports to kick of the season!

The 2011 season is shaping up to be a banner year in Kona, Hawaii. Typical winter catches in Kona consist of Striped Marlin, Mahi Mahi, and the occasional Blue Marlin. This winter has already produced more than a few massive blue Marlin, with many more big ones being seen as well. The striped marlin bite has absolutely been going off with 3 and 4 fish days on a regular basis. One of the best tell tale signs of an epic summer of fishing to come is the amount of yellow fin tuna being caught. Usually during the winter months the tunas head to the off shore seamounts. There has been so much bait around the island this year that they do not have any reason to leave.

Below : The Beauty of Kona, Hawaii 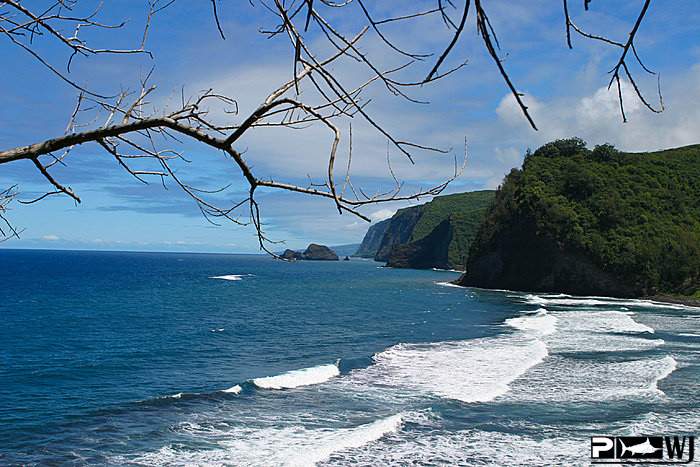 Below : A Monster Blue go greyhounding on the surface... 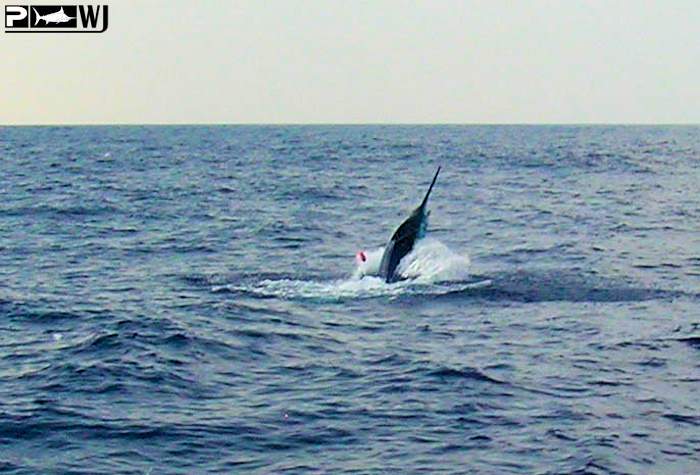 Few memorable battles this year so far have been Steve Stahines weighing a 907on the 10th of February. My friend Chad Contessa, who had weighed one 917 lb. blue in January, lost another one they thought to be well over 900 after a 4 hour battle that ended up breaking the leader boat-side and swimming away with a flying gaff in her. WOW. On March 28th the boys on “Fire Hatt” weighed a 978.5 pound blue after a 3 hour Battle. Like I said, some very big fish around already this year in Kona!

Below : An epic battle with a Grander in the Wash... 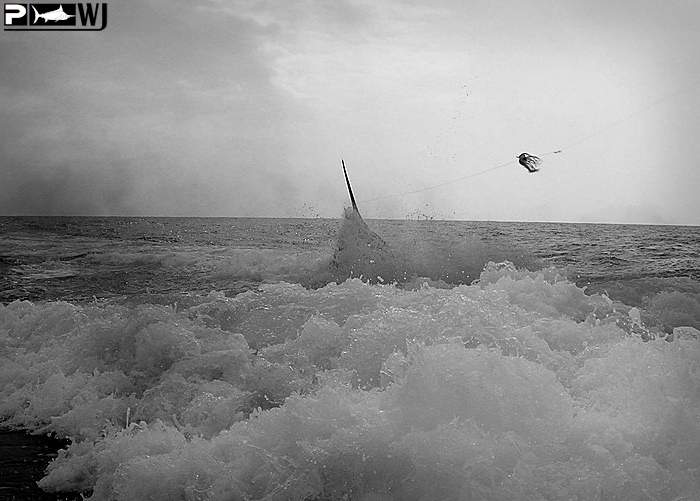 However, the best big fish story of the year so far has been from Captain Chip Van Mols who successfully landed a GRANDER blue marlin of 1062 pounds on March 13th. Chip is one of the best big fish fisherman in the world and made short work if the fish. Chip’s uncanny ability and intuition for fighting massive fish enabled the crew to get the fish boat side and stick the gaffs in her within 15 minutes of hooking the fish – an unbelievable accomplishment. Chip’s previous Grander, caught in June 2009 and which I had the good fortune of being a part of, had the same battle time as well.

Below : Kona at it's finest! 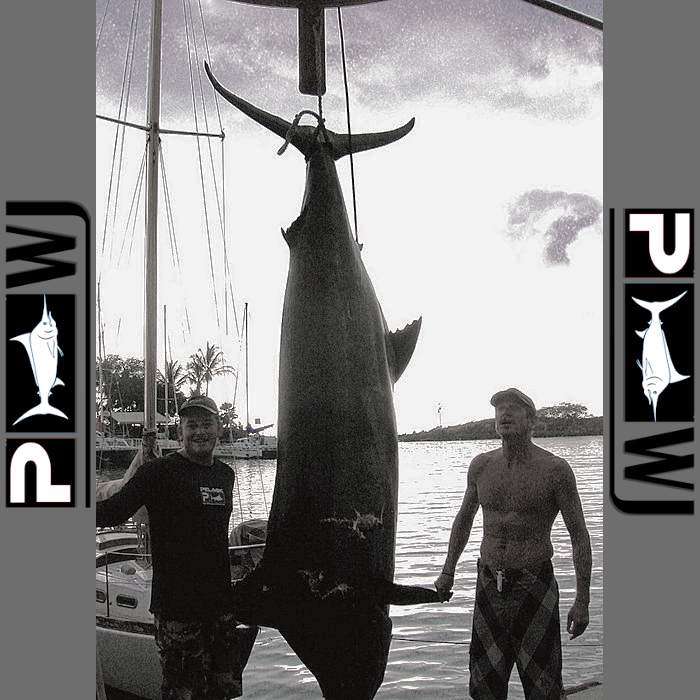 Before its launch in March 2009 Captain Chip spent 18 months in the yard completely refurbishing his 38 foot Bertram “Monkey Biz II”. Since its launch in 2009 Chip has landed 2 Blue marlin over 1000 pounds, countless blues over 500, and has led his anglers and crew to the podium in 6 Kona tournaments.

The fishing in Kona is getting better by the week, and there are no signs of it letting up as we move towards summer.

Below : The boys posing with a recent Grander out of Kona, Hawaii... courtesy the Monkey Biz II 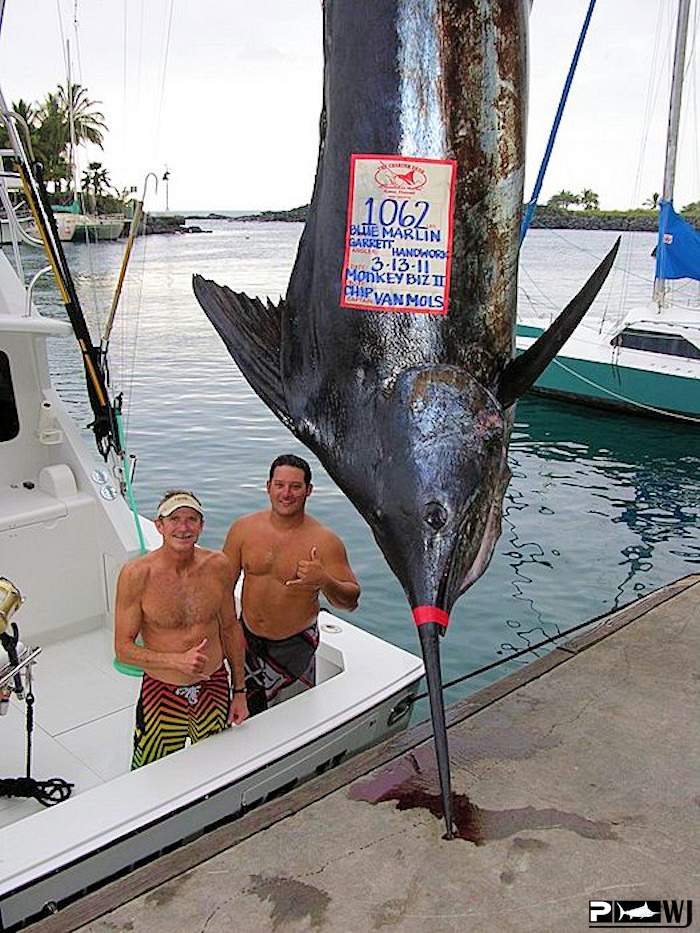 Perhaps one of the best aspects of the Kona fishing scene is the amount and diversity of tournaments that it has to offer. We have big money tournaments with big entry fees, but also have more relaxed tournaments with smaller entry fees as well. With most full day charter rates between 800 and 900 dollars for top of the line sport fishers, hotel resorts for the family within close proximity to the harbor, and the security of not having to travel to a foreign country Kona has got to be one of, if not the best sport fishing destination, in the Northern Hemisphere this summer.

Send me a PM, email or call Chip at Monkey Biz Sportfishing directly at 808 960 5954 if you would like to visit Kona this season, and take a ride with Capt Chip and I on the Monkey Biz II in search of our next GRANDER BLUE MARLIN!!!! Hope to see some of you pulling on a monster with us soon!

Below : A large Blue Marlin at the leader of the Monkey Biz II 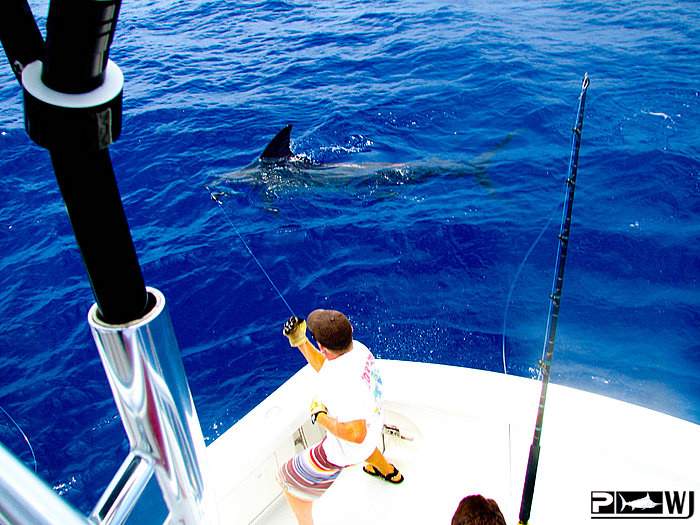 Below : Perhaps one of the most beautiful and majestic places to troll and live-bait for giant Marlin... 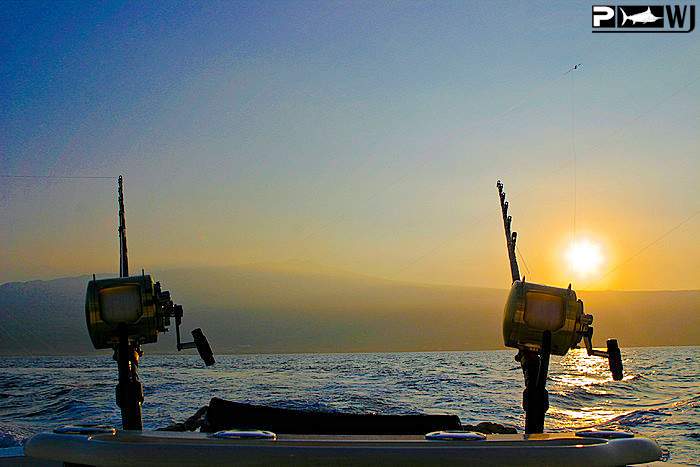 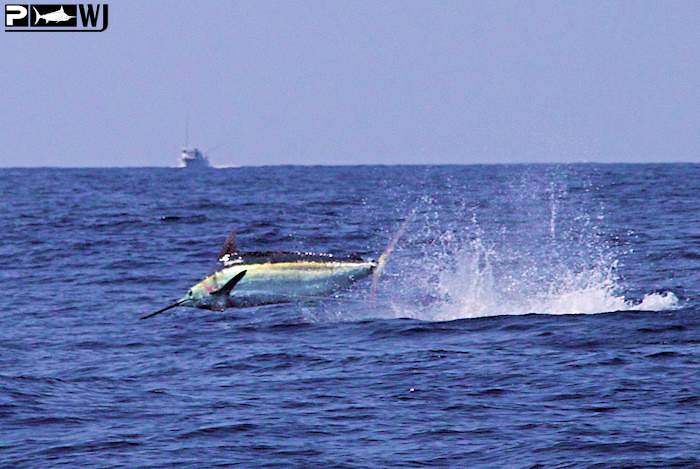