Story and photography by Kelly Fallon

The day started out a little different to the typical day on the reef. The tides had seen ‘dirty water’ (in reality being a bit of green water from on top of the reef mixed with a bit of coral spawn), hang in close to the reef through much of the day, and only really clearing up in the afternoon. For this reason Capt. Luke elected to head out wide early to some nice water, a spot about 3 miles east of the reef where we’d been seeing a few fish. The plan was then to return back into the edge in the afternoon after the water cleaned up.

To enable us to cover a bit of distance, we had the lures out. For those who know the Cairns fishery, they will know that its predominantly a bait fishery, but lures do work very well, particularly when we need to cover some ground. This season we did a lot more lure fishing than usual, and having some well known Hawaiian faces and lure specialists fishing with us also helped us hone our spread, and so we were feeling particularly confident with the lures. 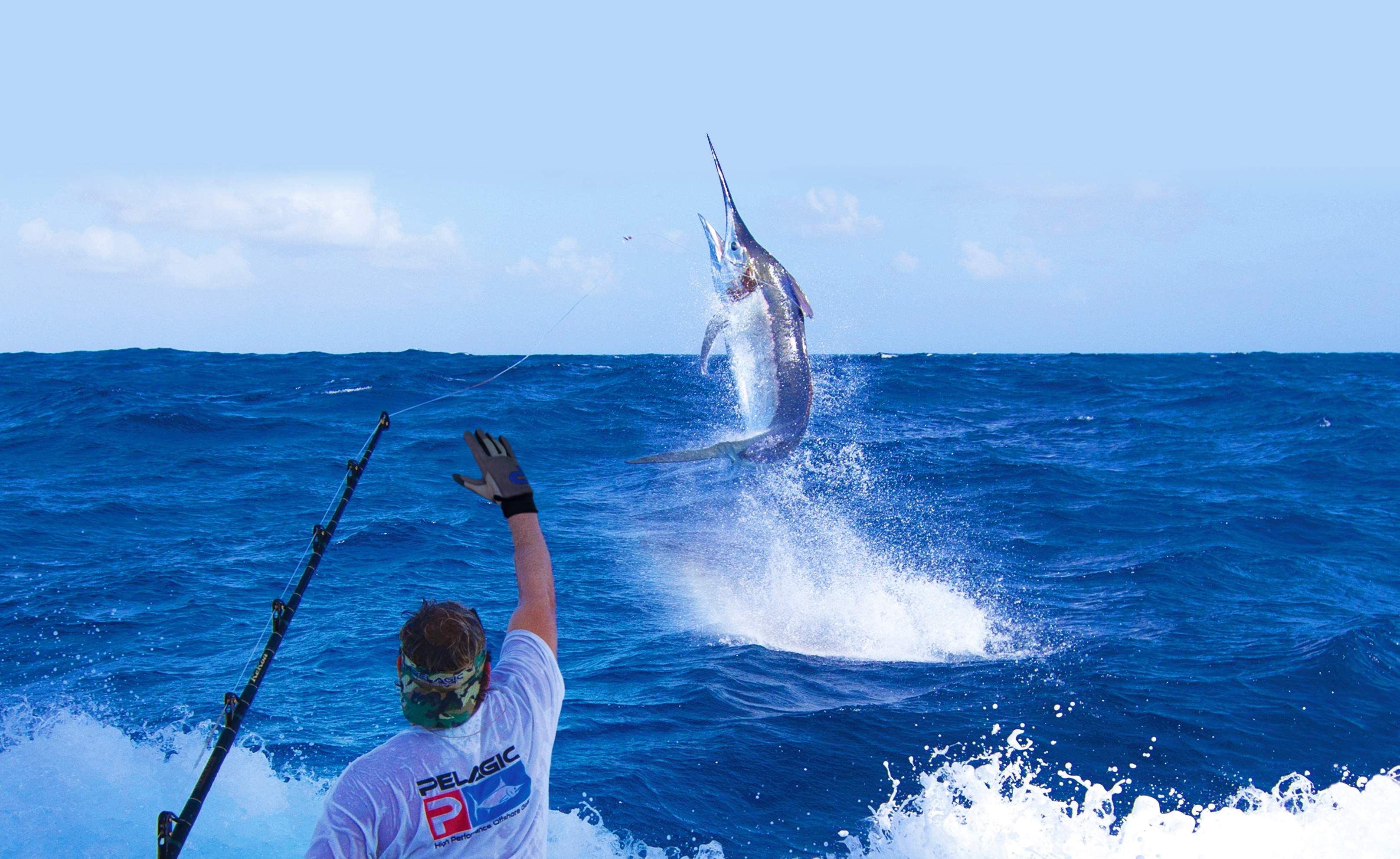 As it happened, we were less than a mile out, and the hard edge of the reef was still quite visible from the tower where I was chatting with Luke. As always when you’re heading away from the normal fishing area, we were talking about that feeling you have when you second guess yourself and wonder if you’ve made the right decision. Fortunately for us that day, that feeling was very short lived as we chatted on the topic, we both watched the long left corner lure - a Chartreuse Poi Dog that had been delivering us fish after fish for weeks - disappear under a truly giant black marlin. Yes, this was the right decision.

On strike was Tasmanian angler Glen Francombe. Glen has been fishing with Luke for over 7 years and despite not being a frequent fisher in his home waters, had plenty of experience fighting big fish in Cairns. Plus he had his mates in the ‘peanut’ gallery including KEKOA’s owner Scotty Taylor giving him flak from behind, so he was determined to do his best (otherwise he’d never hear the end of it).

As it was, I think Glen was probably the only one who had no idea of the size of the fish. Luke and I from the tower and our crew on the deck had all see the bite. This was the fish we’d been waiting all season for.

The first photo above is one of a few shots I took early in the fight and I was testing a new lens (in case you’re wondering, no I don’t like it. Too slow to find the fish and zoom). As I reviewed my shots, I started to get nervous as I see that the above, in my opinion is the best of a bad bunch. My worst fear as a photographer, would be to catch a big fish and not have a photo to share of it! 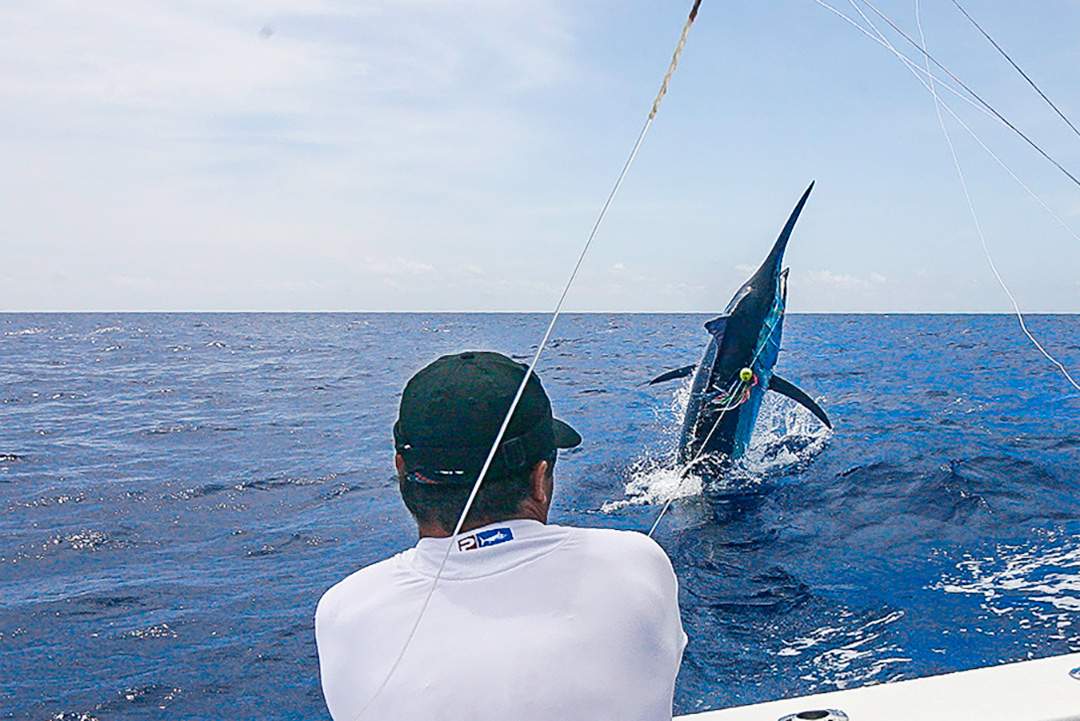 This is the last glimpse of the fish we will get in a long while. And Glen settles into for a long fight. If the fish is getting tired, she’s not really showing it. It’s Glen we are worried about as he’s tiring fast. fighting in one-to-one until we can a shallower angle to chase the fish and switching back to 2 to 1, he’s so tired he can’t wind fast enough to keep her up. She gets her head back and returns to deeper water. Repeat. 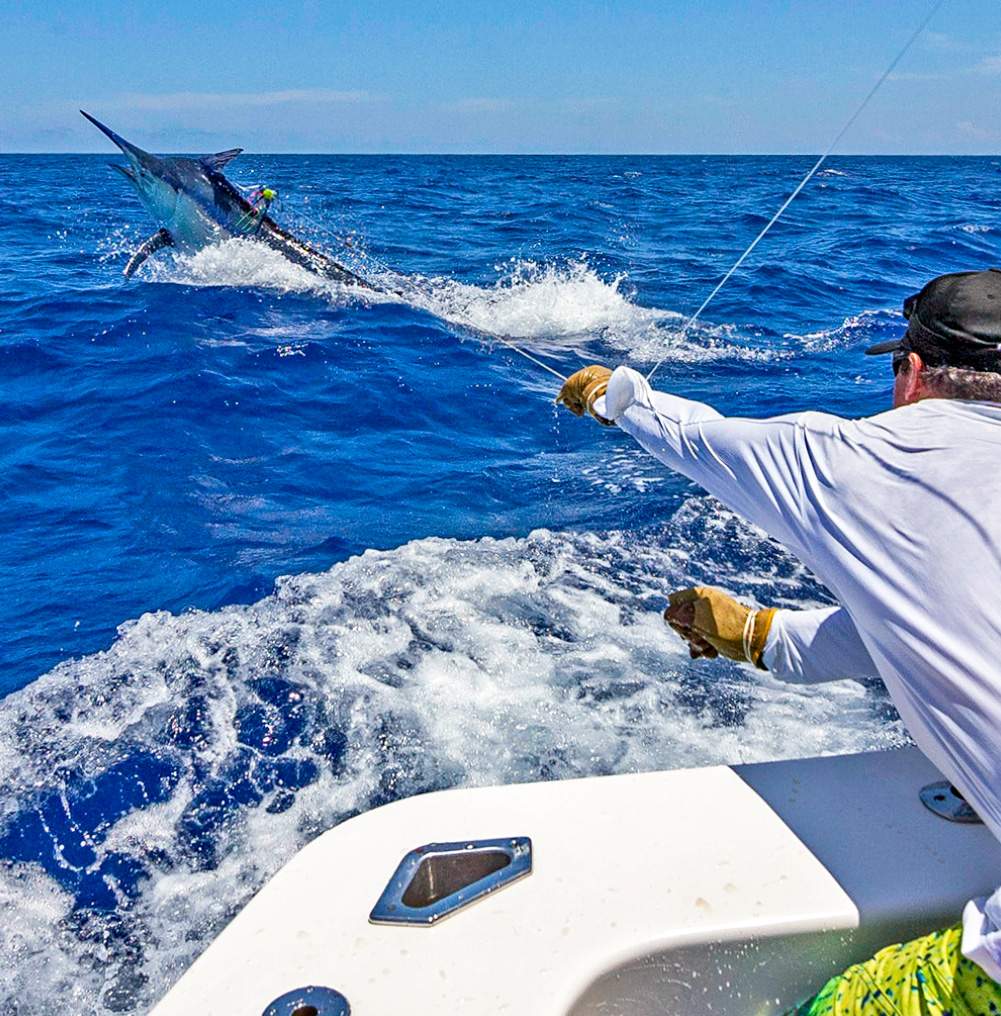 Finally with much encouragement he gives it one last hurrah and this time its enough and we able to get her onto the leader for the first time. But she’s still got plenty in the tank and doesn’t give in just yet. But at least we can keep her closer to the surface and the chance comes again not long after. And thankfully for me, I am able to get some good pictures, and for Luke, we are able to retrieve his favorite lure before the big girl is let on her way.

Fight-time was just over two hours. Very happy angler and crew. Luke called this one over 1100lbs.